To start with, I collect here photos from walks that I have led. 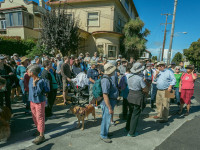 August 24, 2013: Southeast Berkeley  My first walk for Berkeley Path Wanderers.  The Doxie house, the Tsui fish house, murals along the way, the Wall of Democracy on Pardee, a dark satanic mill, and Karl and  Cate’s house and Dwight/King highway sign building. 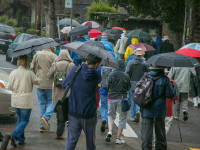 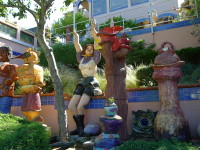 A DIY guide to the northeast Berkeley walk. 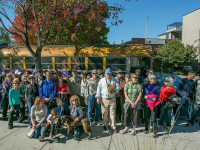 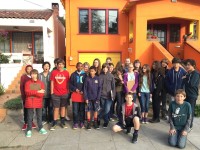 Seventh Grade at TBS Goes Quirky  In January, 2015, the seventh grade at The Berkeley School went for a Quirky Berkeley exploration of the neighborhood just south of the school.  They took the photos and created this post about their walk. 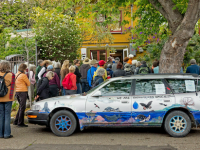 Northwest Berkeley: May 9, 2015  We hoofed about four miles from North Berkeley BART north to Marin and back.  Five major quirk manifestations  plus the Obama Thumbs Up mural plus a couple small worlds.  Best of show?  Winged Victory of Samothrace. 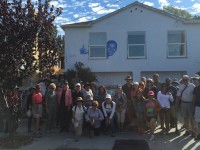 Orinda Hiking Club: September 26, 2015:  We repeated the May Path Wanderers walk, adding a jaunt up Cedar to the see Peter Mitchell’s car-part bug sculptures. A great day. Learned about the surfing turtle from Christina and the zebra garage doors from Jeff Carlock. Big fun. 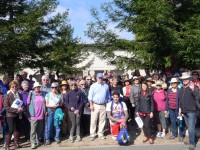 The Ashby Corridor: April 3, 2016. Starting at Adeline and Emerson, we went a little west and then west to Shattuck, sought to the Dry Garden Nursery, then up to College. Lots of Bulwinkle. Great interaction with quirkophiles along the way. 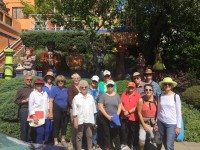 Blue sky.  Warm-ish.  A good group of hardcore Berkeley-lovers.  Walking together and talking.  A benefit for the library.  Perfect! 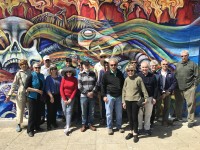 We celebrated Shakespeare’s birthday with a jaunt along Ashby and Shattuck.  Lots of Bulwinkle, Marcia Donahue’s garden, and Julie Partos. 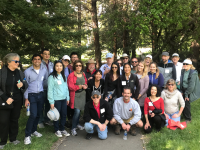 Another walk started at Live Oak Park and then up Spruce  checking things out as we go.  At Marin we headed back with the sax-playing skeleton kind of at least.