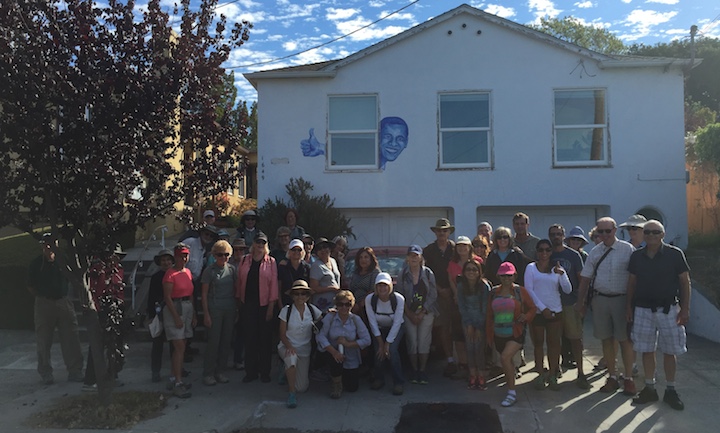 On September 25th, I more or less replicated my May Berkeley Path Wanderers walk with members of the Orinda Hiking Club.

There were great hikers and were fun. Good things happened. 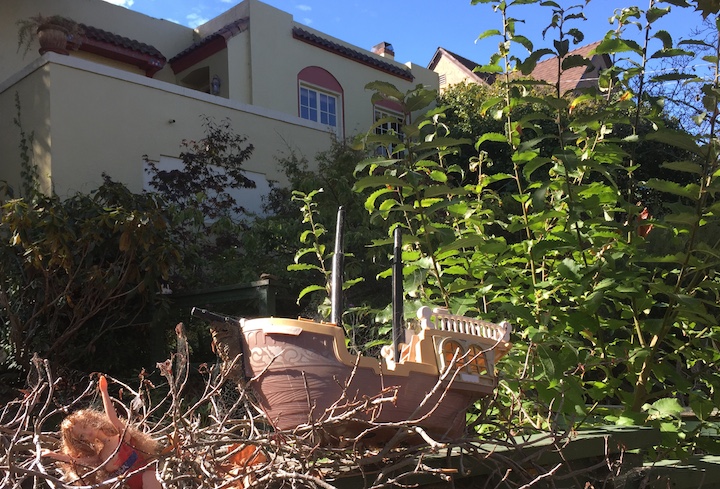 Coming up Marin towards Conny Bleul-Gohlke’s we came upon a pirate ship. I will add it to my almost-pathetic pirate posting.

Conny’s art got the expected ooh’s and aah’s. 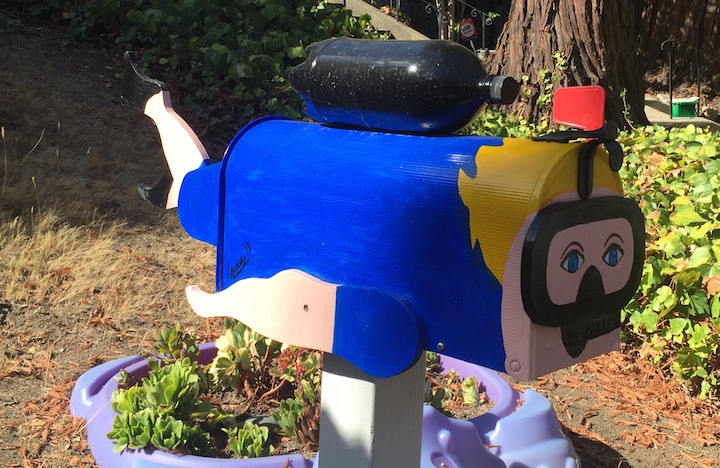 I was excited to see a new mailbox, replacing the wonderful duck who had been there.

After seeing Mark Olivier’s beach trash art on Colusa, we went to see the surfing turtle around the corner. 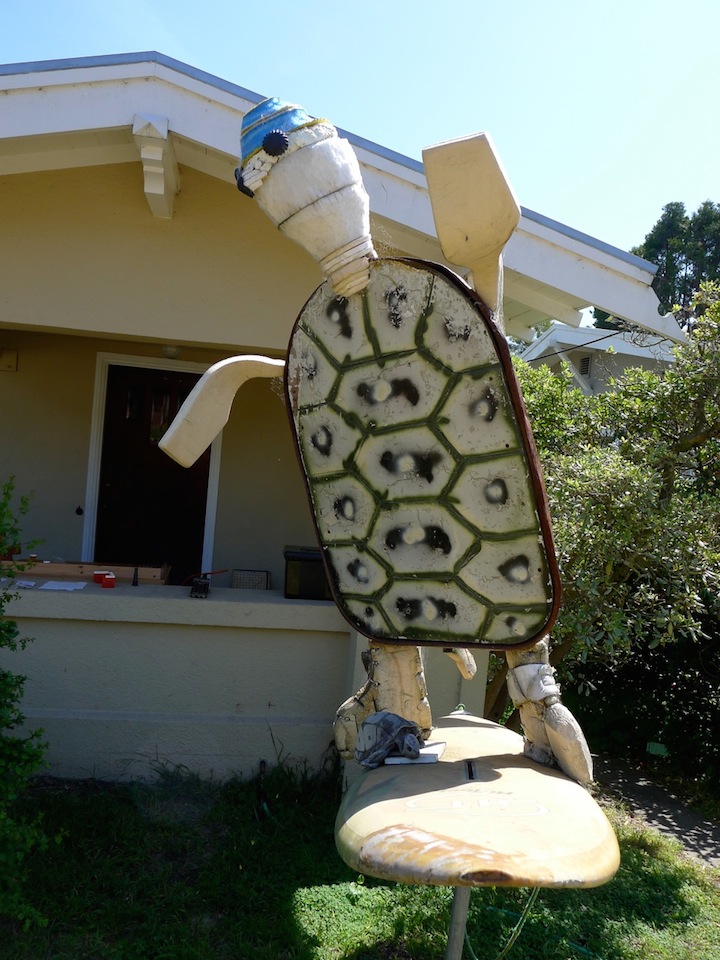 I had known nothing about the turtle. 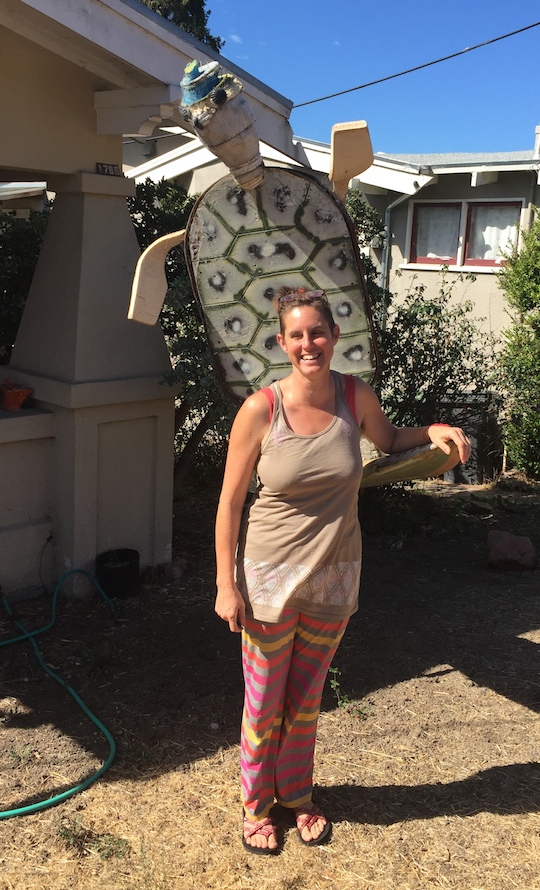 Christina came out when she saw our group and told us the turtle story.  It is one of Mark Olivier’s earlier works. He originally installed the turtle at the Albany Bulb.  Bad storm, turtle damaged, turtle repaired, and Mark moved it to his Colusa yard. Christina, an artist herself, knew a great surfing turtle when she saw it. She was headed off to compete in a triathlon in Santa Cruz. Her son is constructing a small world in front of her house. I love Berkeley!

Walking down Monterey we stopped at Grace Munakata’s small world. 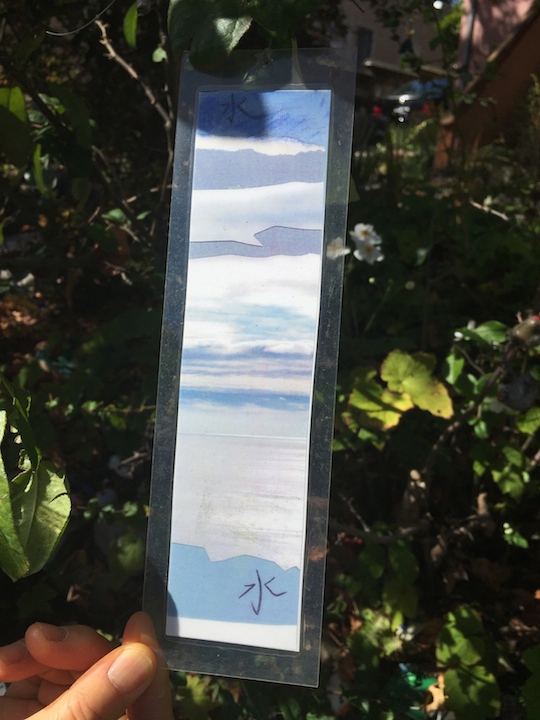 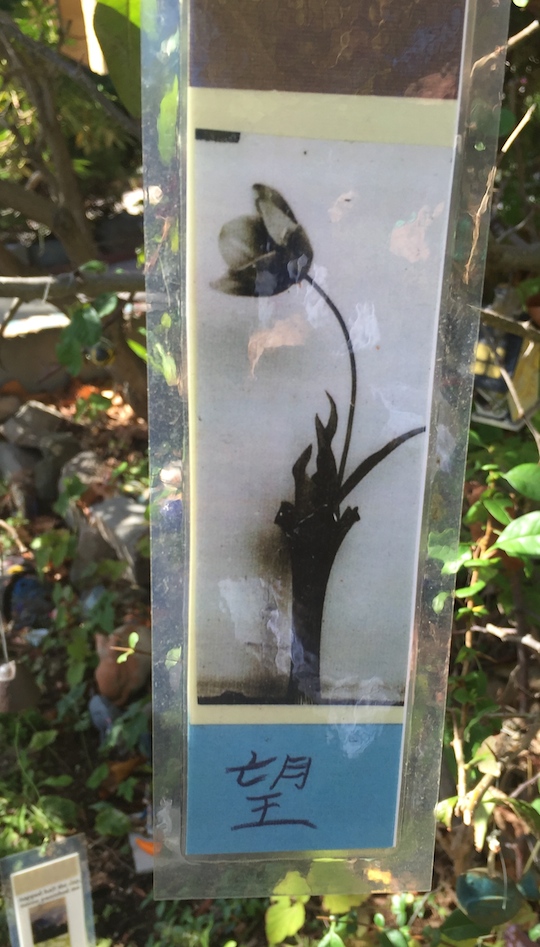 Thanks to Eve Kushner, I was excited to see kanji hanging from Grace’s bird-adorned tree.

Our last stop was on Ada Street. We were headed for the zebra car garage doors. 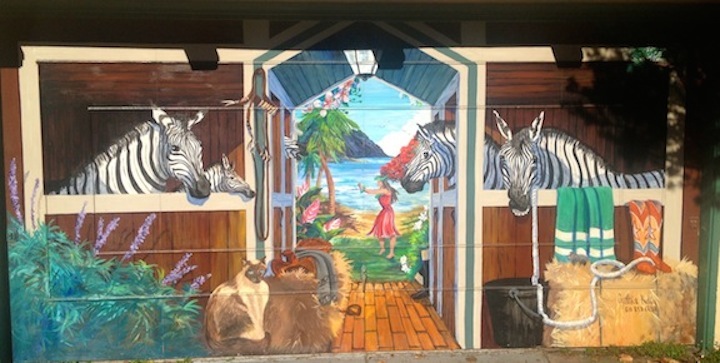 But – I could see from a few houses away that the garage door was open.  We wouldn’t see the zebra garage doors! 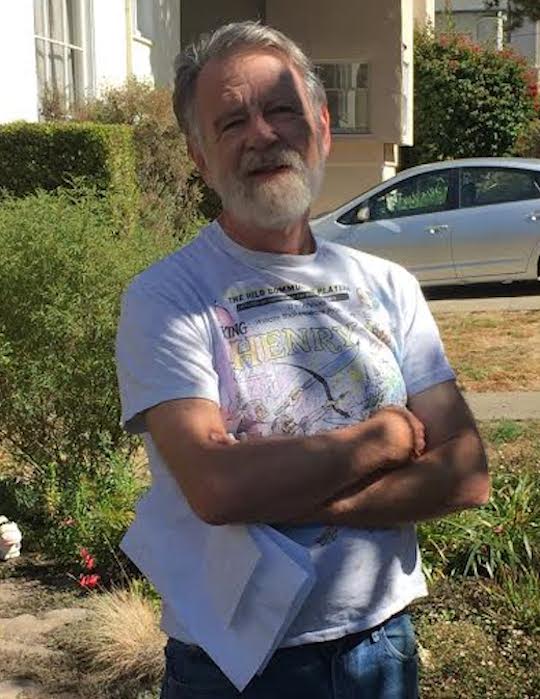 But – good news now – Jeff Carlock was there.  He owns the house.  He is the zebra inspiration.  Dale Hopkins is the Hawaii inspiration.  Both are seen in the garage door painted by the late Cynthia Kelly. 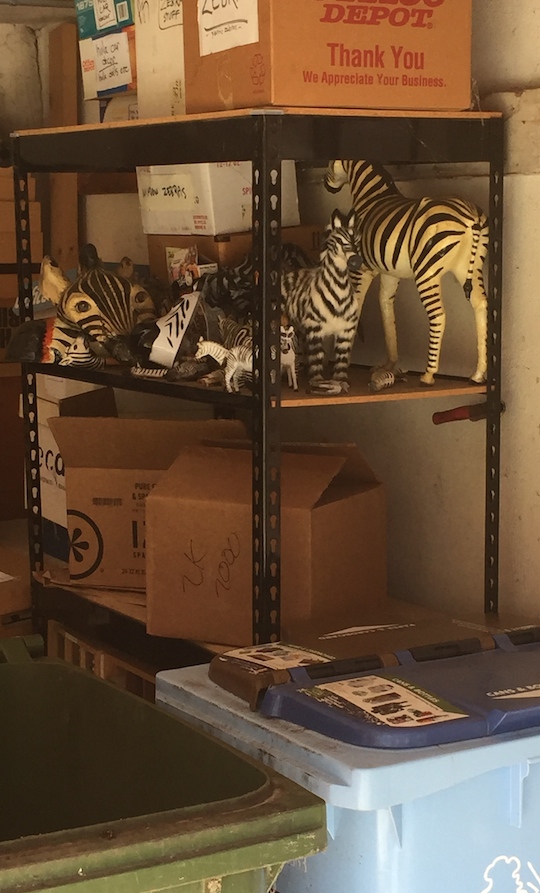 Extra zebras, waiting for duty on the zebra car. 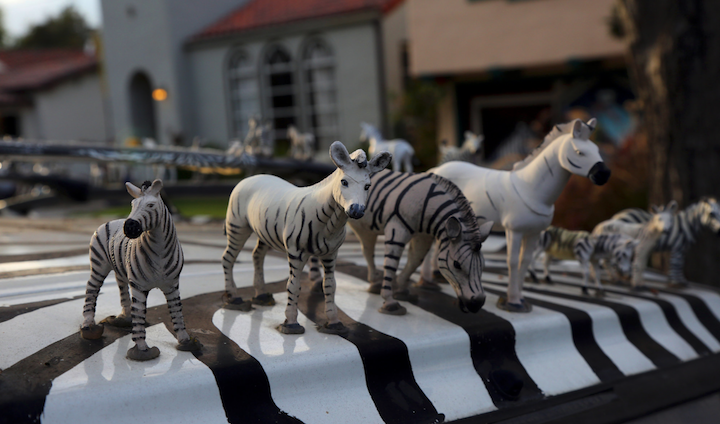 One of the hikers asked Jeff why zebras on the car. To him it was simple. The car was white. It needed something.  Why not hundreds of zebras? 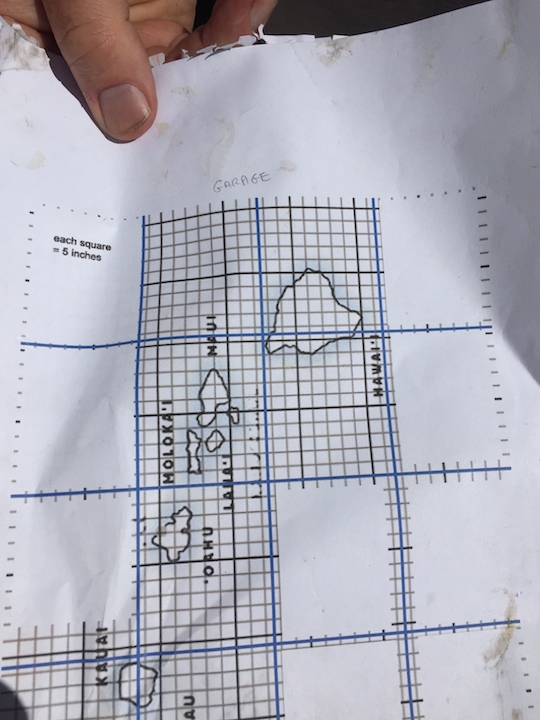 Jeff showed us what he was working on.  A driveway mural of the Hawaiian islands, honoring Dale’s love of Hawaii.  You read it here first. Quirky Berkeley breaks yet another big Berkeley story.

So that was my walk with the Orinda hikers. About 2.8 miles. A beautiful sunny Berkeley September Saturday.

My friend came along on the walk. I promised that i would take him to the library for research he wanted to do on Theseus.  I don’t know why he is interested in Theseus but I am sure I will find out. What about the walk?  What about the Orinda hikers?  What about Christina and Jeff?