They sometimes call our city Bezerkeley, because of our people, ideas, and movements. They say it, we don’t.  Like “Frisco” or “San Fran,” it is an outsider’s word.  They think it is clever and knowing.  Seriously?  To whatever extent the caricature and cliched image as sung by John Denver was once true, now – not so much. 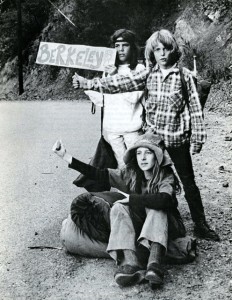 That said, Berkeley is a place like no other.  Berkeley cultural writer Greil Marcus described Berkeley in 1978 as a “lookout and a hideout,” and wrote of our “special kind of freedom.”  We live in a beautiful place.  We have a university that provides constant innovation, thought, creativity, and novelty.  We benefit from the rejuvenative socio-economic friction between the flats and the hills and our multi-culturalism.  We value individualism and we manifest our individualism in many ways, including architecture, design, and placed-for-public-view art and artifacts.  (Optional – take a minute and listen to Cream’s I Feel Free).

Here at Quirky Berkeley I inventory and present the outward and visible manifestations of our inward and spiritual individualism.  (Did anyone get that allusion?)  Here you will find photos of the oddball, whimsical, eccentric, and the near-rhyme quirky material culture of Berkeley.  I plan to walk every block of every street, path, and alley of Berkeley in search of the quirky. My criteria for inclusion here are simple: (1) quirky (2) non-seasonal (3) material culture (4) in Berkeley, (5) visible from the street, alley or path.  Plus maybe a few things that don’t fit but demand inclusion.   No appeals.  I am the final and exalted judge.

I am guided by the Oxford English Dictionary. 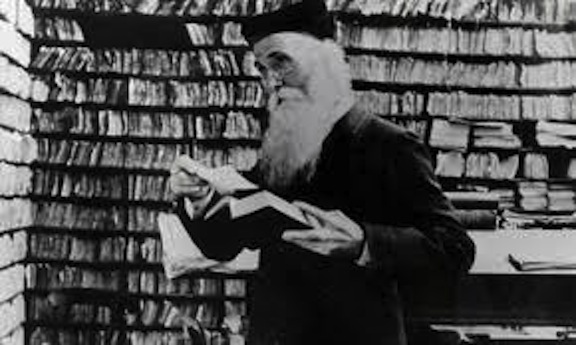 Here is what the OED has to say about quirky: 1. Characterized by quirks or quibbles; given to quibbling; tricky, wily, cunning. Cf. quirk n.1 1a. Sc. in later use. 2. Characterized by certain unexpected, odd, or unusual traits; idiosyncratic, eccentric; peculiar, unusual. Cf. quirk n.1 5.1873   Elfland i, in E. Carpenter Narcissus & Other Poems 64,   I saw a quaint and quirky scene. 1934   Eng. Jrnl. 23 715   The yielding to a quirky technique. 1966   New Statesman 8 July 62/3   It was perhaps unduly testing to place two substantial new works in the same programme; it was certainly quirky to preface them with Poulenc’s Organ Concerto. 1976   National Observer (U.S.) 31 July 6/4 (advt.)    We’re fascinated by strange, quirky questions that can lead us into corners of reality most people never even think about. 1995   Field Mar. 93/3   It is a wonderfully quirky assortment of the highly decorative and the unexpected. 3. Characterized by or full of twists, turns, or flourishes.

Quirky comes in many shades.  Sometimes it is in the eye of the beholder.  I find decorative cinder blocks quirky, especially when seen in a herd of photographs.  Others, maybe even most others, don’t see it that way.  Most of what I present, though, is undeniably quirky except to quirky-deniers.  They exist.  And they know who they are.

This is a walk and work in progress.  I will add regularly and delete occasionally.  As the sign at 2417 5th Street says: 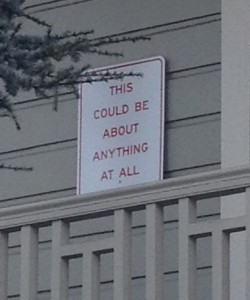 Finally, a caveat.  As Cat Mother and the All Night Newsboys reminded us many years ago, the street giveth and the street taketh away. 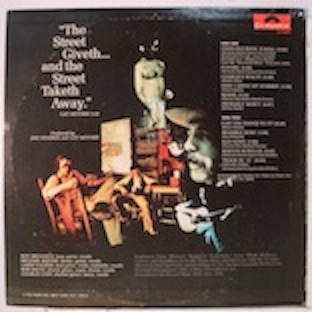 Or – like the Chief said, art is not eternal.  Once in a rare while, what I show may be gone.  Oh well.  It was here.  Like the sign in the long-gone rib joint on San Pablo, open till closed / closed till open.

I have thousands of photos that I have taken with my iPhone.  Some are better than others.  Cathy MacNeal and Colleen Neff and John Storey made the better photos.  I hope to work in more better photos over time.   For the time being, it is what it is.  The photo verité is just part of the total Quirky Berkeley Experience.  And, as you read the blogs, concise and to-the-point as they are, underlined words are, obviously, links.  Some are footnotes, many are to music that fits.

Hy Lit of WIBG in Philadelphia in the early 1960s would say “It looks like it’s time for Hyski to split the scene and leave it clean. But in the meantime, in-between time, this is Hy Lit saying keep a cool paw. Live, love, laugh and be happy. Maintain your cool and be nobody’s fool. Ya dig? Solid Ted, enough said.”

I would just say: Quirk awaits.  Quirk out.

P.S.  Where are my manners?  I should have introduced you to My Friend.  You know that a post is done when you see him.  He often has something to say about the photos.  He always finishes with the same three words.