Quirky Berkeley evolved in 2017.  While   many of my posts remained rule-conforming examinations of quirky material culture visible from the street, sidewalk, or path, I took liberties with the parameters that I established in the beginning. 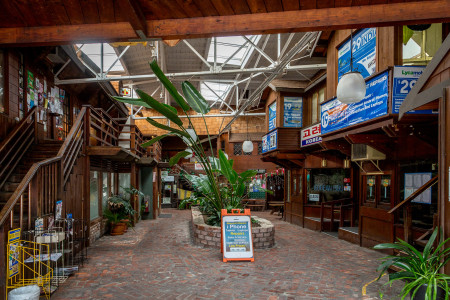 My favorite post of the year was about the Village, at 2556 Telegraph. In 1971, Larry Broding filed an application with the City to convert an car dealership into two levels with a total of 21 small commercial spaces around a large common. Hal Gilbert was the architect.  What he proposed is today known as adaptive reuse, the process of reusing an old site or building for a purpose other than which it was built or designed for.

The January 14, 1972 Berkeley Daily Gazette featured a long story about what would become the Village – “Creative Shopping Mall to Have a Berkeley Flavor.”  Broding told the Gazette that his goal was to “develop Berkeley’s local color and personality” and to “rekindle the vital character of Telegraph Avenue.” 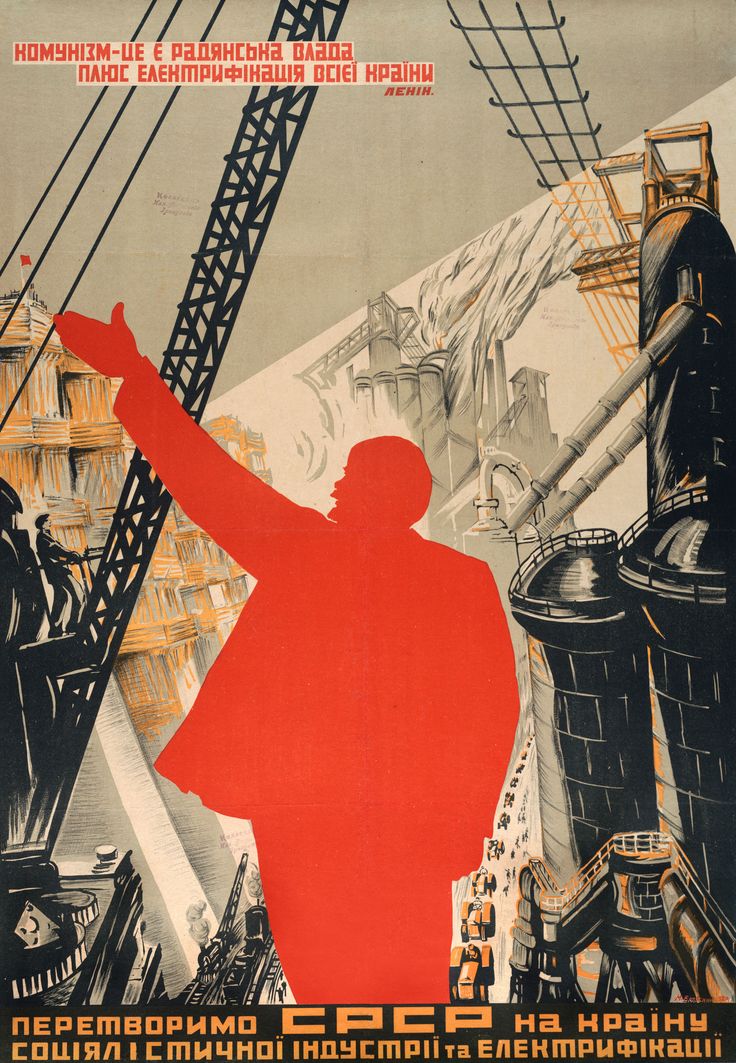 Starting with an application submitted to the City on April 21, 2015, Boris Fadeev, a Russian developer who was the Director of the Moscow Redevelopment Agency, has been working on a project – demolish the Village and build apartments.

Pursuant to Robert’s Rules of Order (Revised, Fourth Edition), Article III, I rise to make a motion of personal privilege in the form of a wry observation.

In the early 1970s when the Village was new and sparking and rocked with the Telegraph Avenue vibe, Governor Reagan spoke often of “that mess in Berkeley” and claimed that Moscow was calling the shots and destroying Berkeley.  As much as it pains me to admit that that dumb bastard Reagan has been vindicated – Moscow is calling the shots, and if they prevail the effort to “develop Berkeley’s local color and personality” will be demolished. Très ironique, non?

Moving on, I created two posts about Shattuck Avenue, which is one of several major corridors under siege from developers. 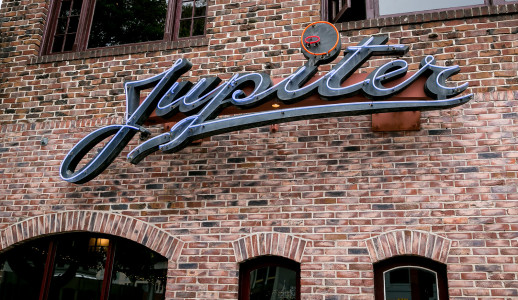 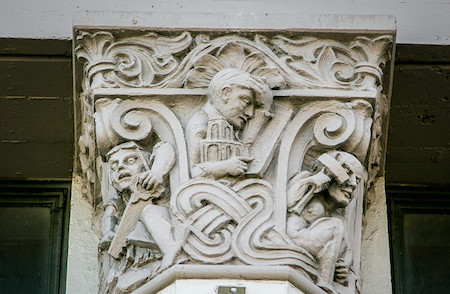 In Shattuck Avenue Relief and Facades, I record, well, the relief and facades of Shattuck Avenue. I became a systematic flaneur (for six blocks of Shattuck south of University, photographing the relief that I saw.  There was a little mission creep, with a few photos of facades other than relief.  Shattuck is often overlooked when we get eloquent about Berkeley.  But those who know Shattuck know that it is rich, varied, and – yes – quirky. 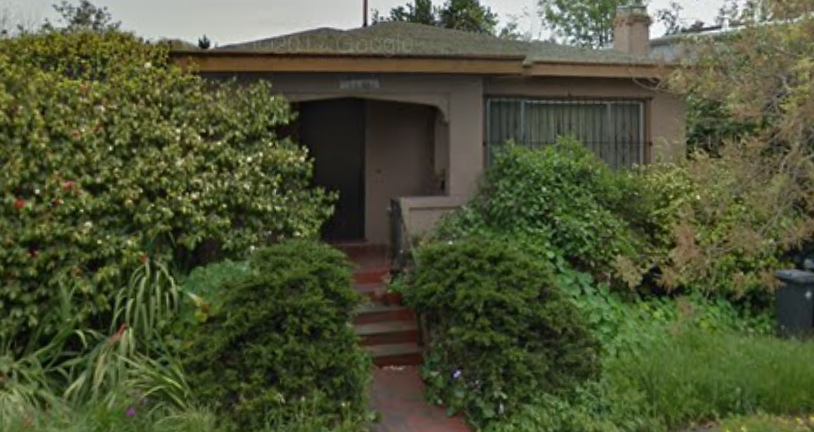 My post on the 1300 block of Haskell Street was one of several this year in which I lamented the gentrification and debeautification of a formerly affordable, working class block. 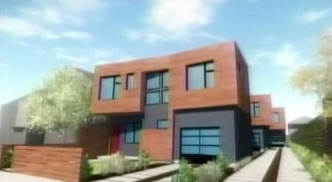 Now – let’s review some of my favorite traditional, rule-abiding posts. 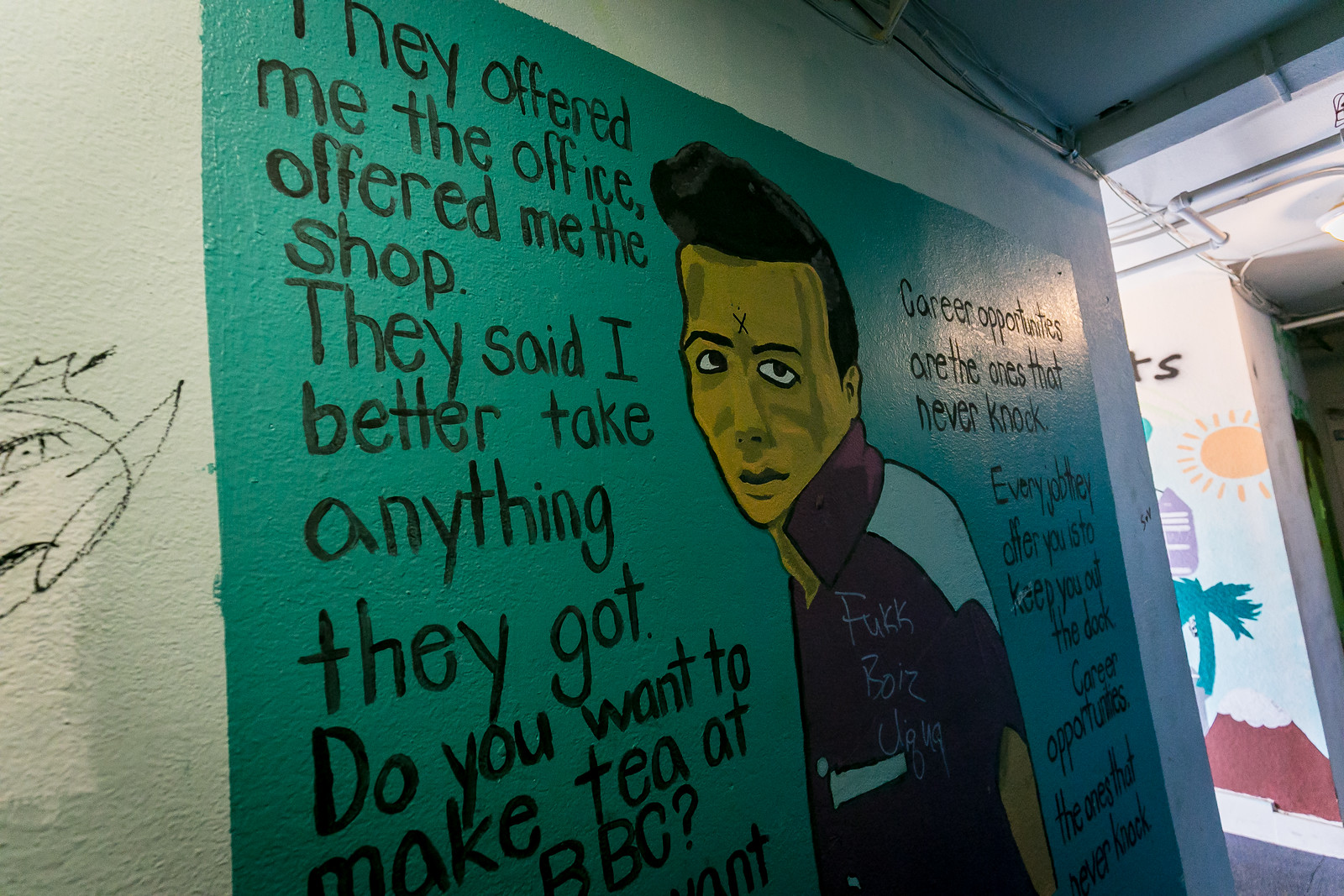 My post on Cloyne Court Murals – 2nd and 3rd Floors is the third of three posts I did on murals in Cloyne Court.  Cloyne is a large coop house – 140 residents.  For the last few years it has been substance-free, meaning that the consumption or storage of intoxicating substances is expressly forbidden. This mural is based on “Career Opportunities” by The Clash. 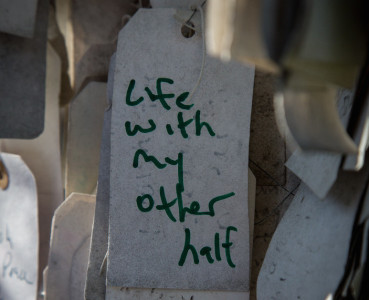 In my post Wish Trees / Wishing Trees I consider wishing trees of the world and then pounce on the two that I know of in Berkeley.  It’s simple – write a wish, leave it on the wish tree, wish comes true 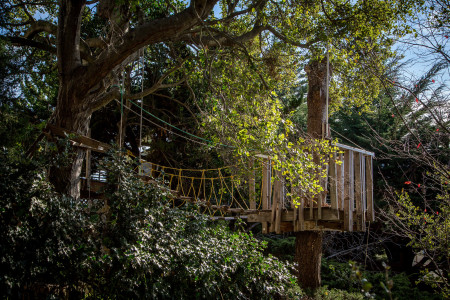 The Tree Houses post was for me a portal to another time and place.  As I walked the streets of Berkeley, I was delighted to find as many as I have.  I was then further delighted to find a little Shel Silverstein poem: “A tree house, a free house/ A secret you and me house/ A high up in the leafy branches/Cozy as can be house. 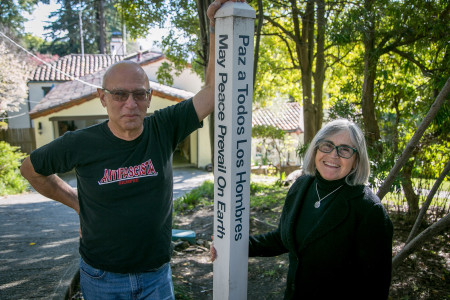 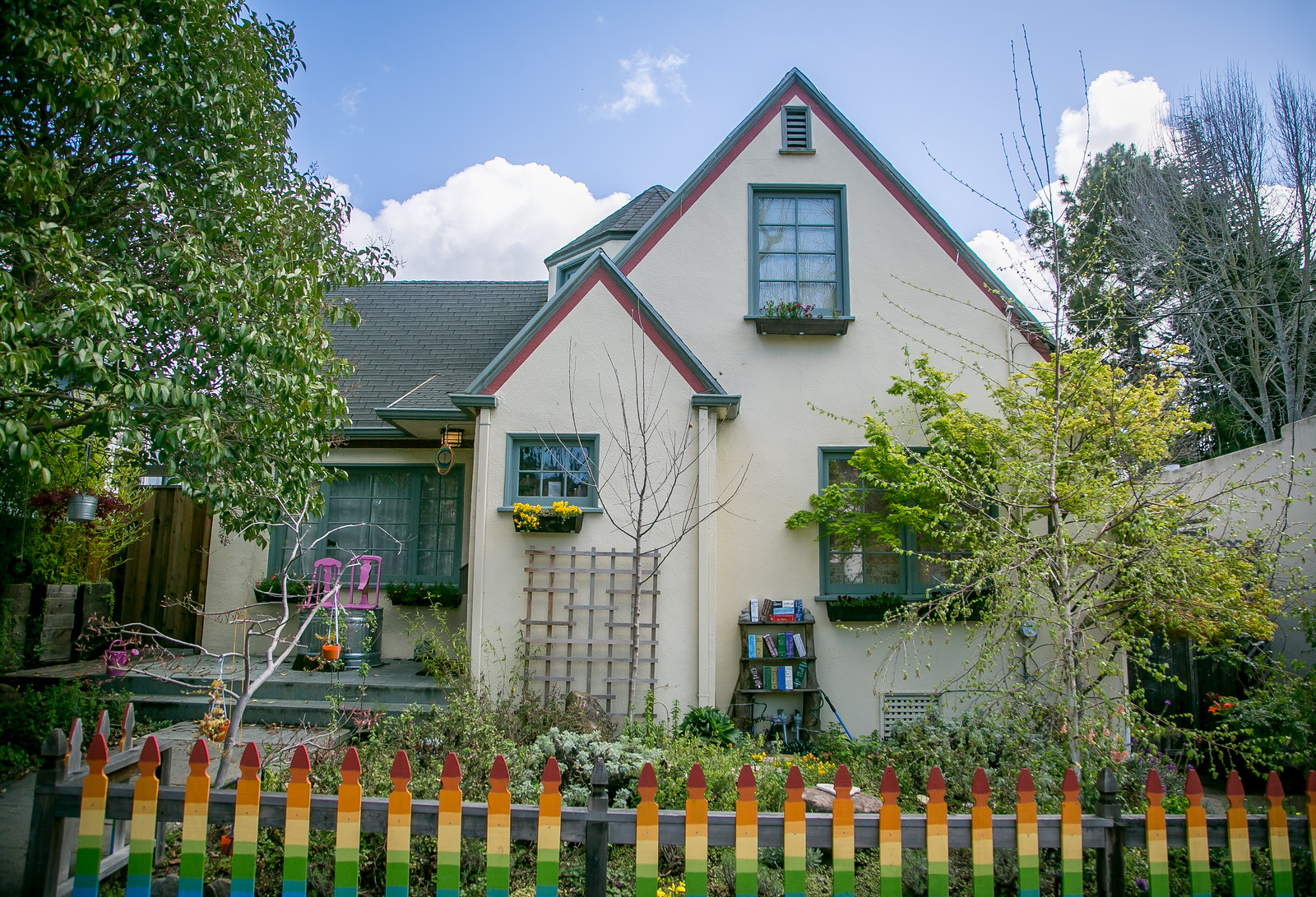 I called my post about the quirky and beautiful front yard of Tara and Gregoire Jacquet on Monterey Jacquet Magique on Monterey  The rainbow fence with 11 gradations of ROYGBIV, the cement pillows as stepping stones, the bricks painted as books, the marbles set into the cedar gate, and more – flawlessly executed creatively conceived quirk. 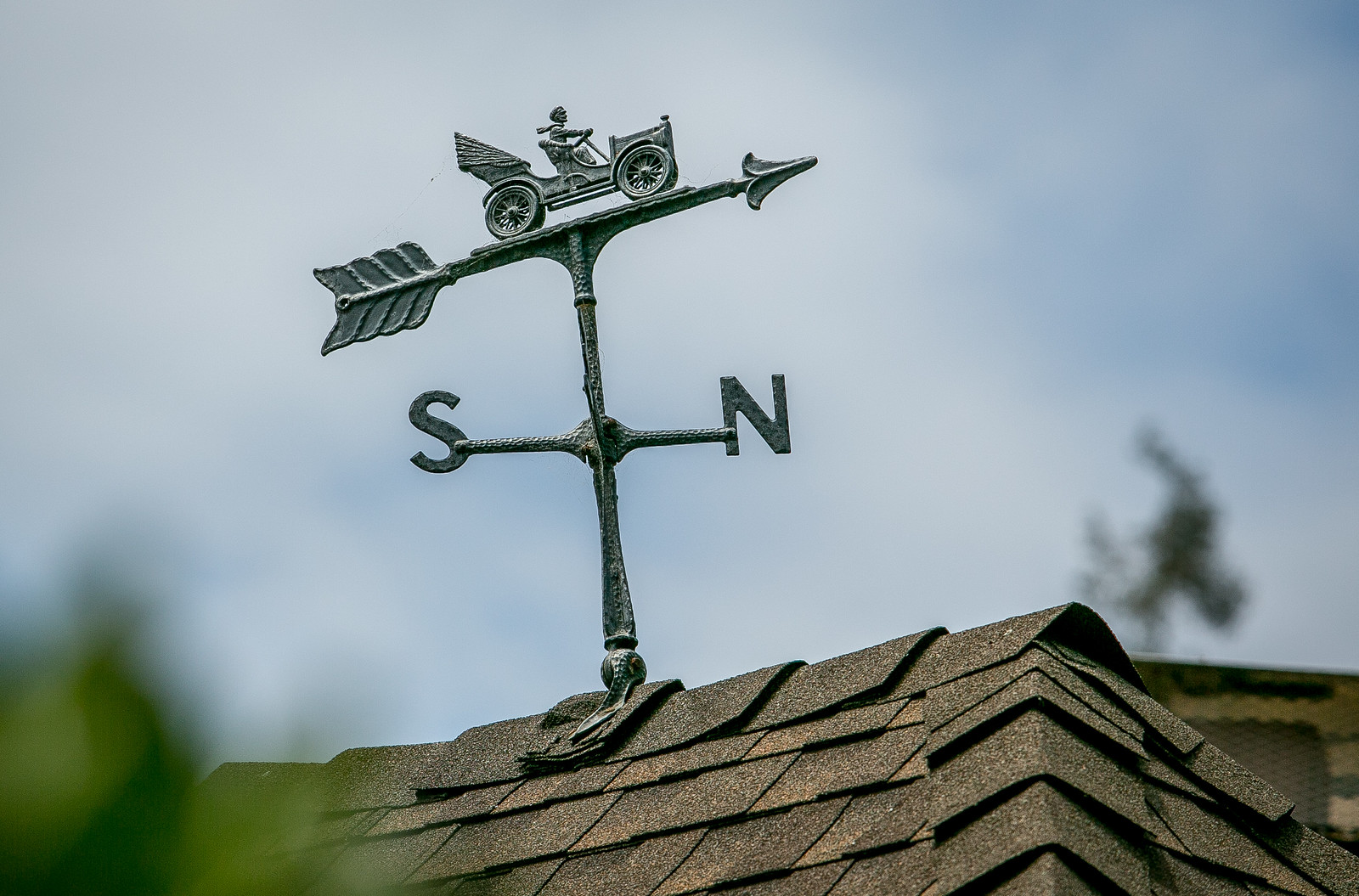 The Weathervanes post is the last of the best traditional Quirky Berkeley posts of 2017.  The post includes weathervanes except for those of cocks, the most common of weathervane figures.

Now – the new territory, the mission creep, the evolution. 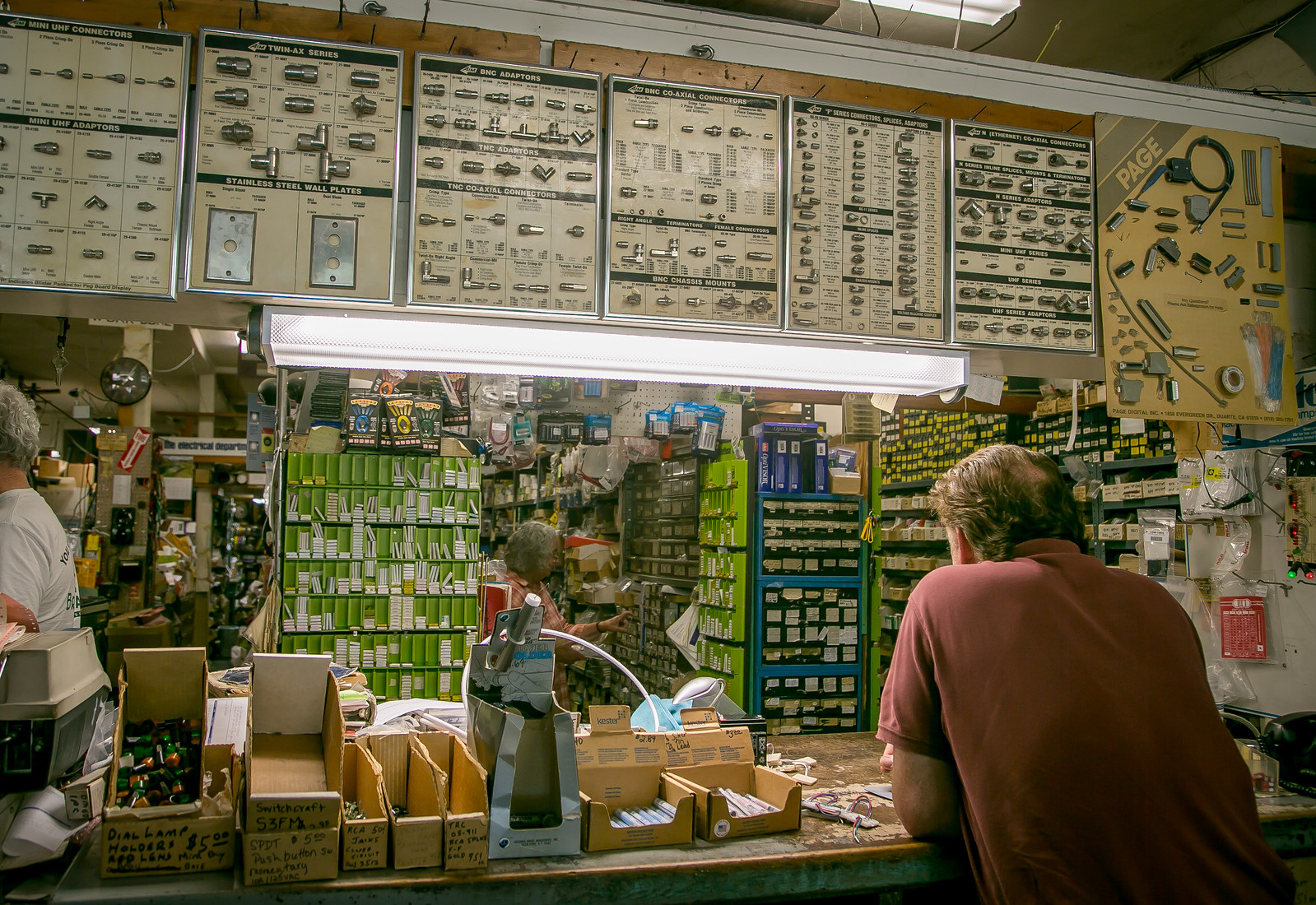 A friend of Quirky Berkeley whose initials are “OH” told me “I have a crazy idea.  Why don’t you do an occasional post on businesses that are at least 50 years old.  What do you think?”  I said that I trusted crazy ideas. “In that case,” said OH, “I think you should start with Al Lasher’s Electronics.”  I trust OH’s crazy ideas and instincts and so for the first time in my 33 years in Berkeley I went into the store, which has been operated on University since 1960.  Lasher’s son Bob and daughter Ellen are running the store.  It is a magnificent store, and my Lasher’s Electronics post was extremely popular, as have been my other three old-business posts.

The speed at which Berkeley’s look, culture, and values are changing spurred an expansion of my mission in 2017.  I was drawn to the lives of epochal men and women of Berkeley’s past who exemplified and shaped the cultural, political, and artistic qualities distinctive to Berkeley. 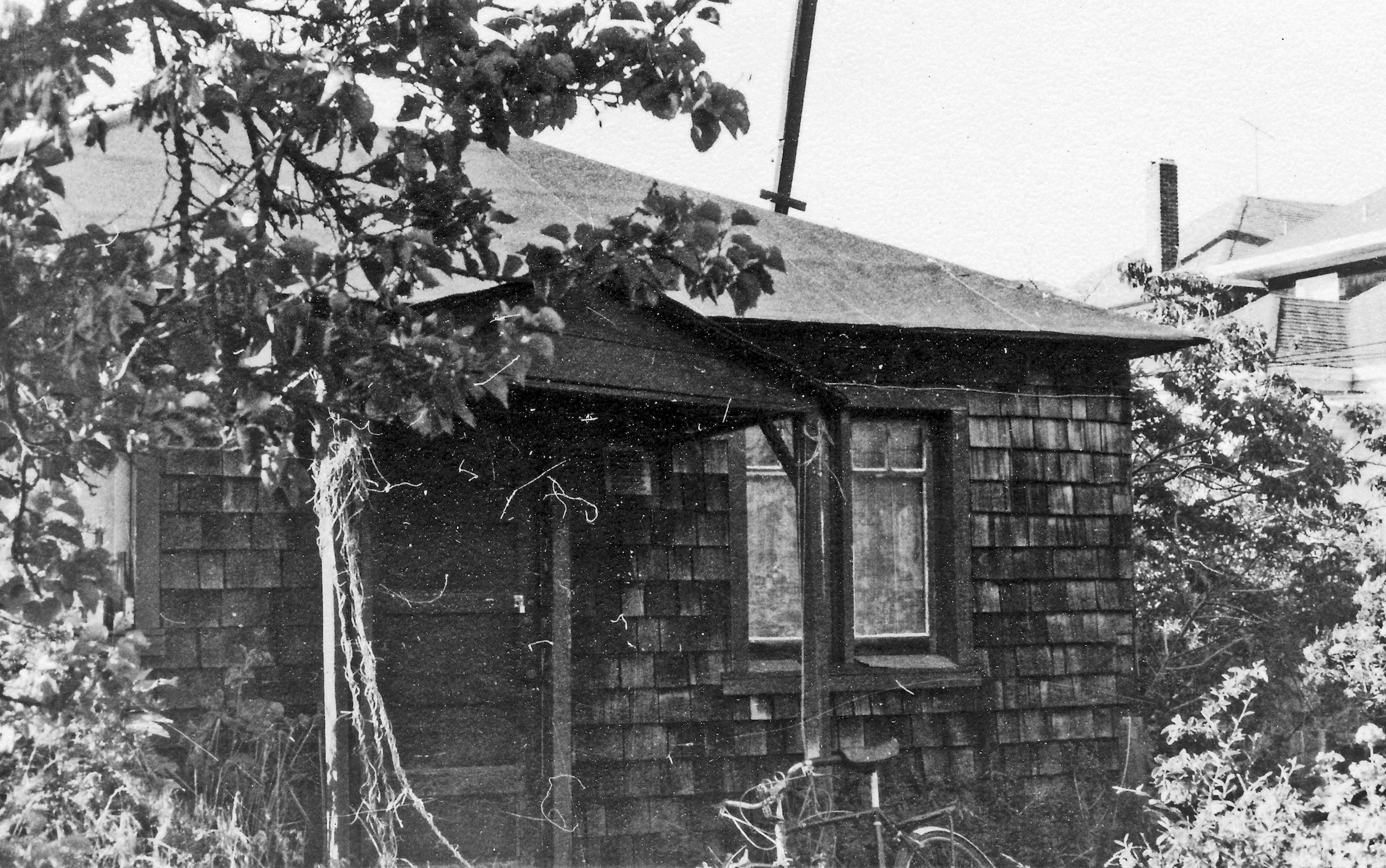 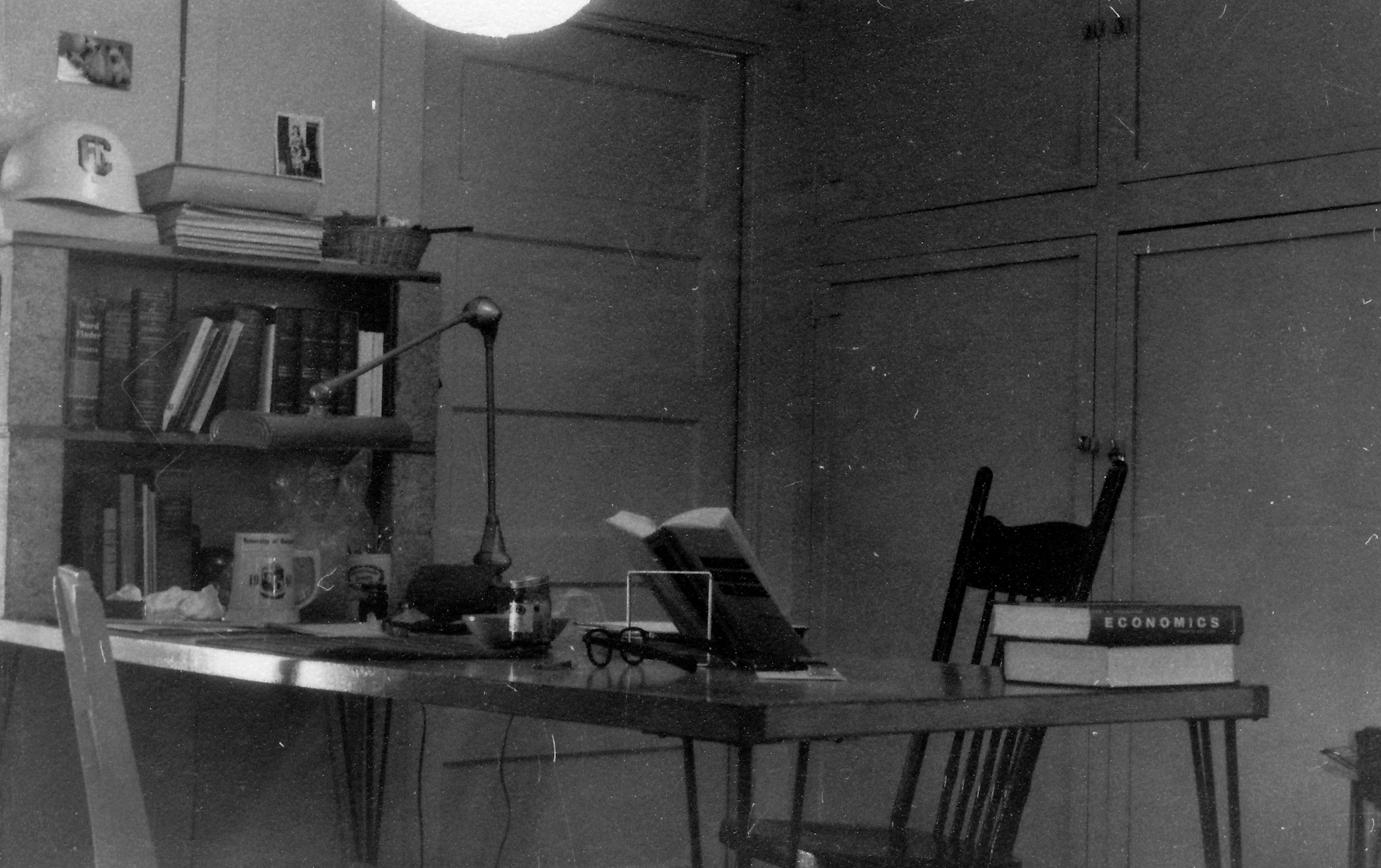 Allen Ginsberg lived in Berkeley from September 1955 until August 1956.  I have written about his time here, but until Labor Day weekend I had not seen photographs of the cottage he rented behind 1624 Milvia.  I now have five photos of the cottage, thanks to Dennis Starleaf, who rented the cottage a few years after Ginsberg. I compile what I had about Ginsberg’s time here and Starleaf’s photos and recollections in my post on Ginsberg’s Cottage on Milvia. 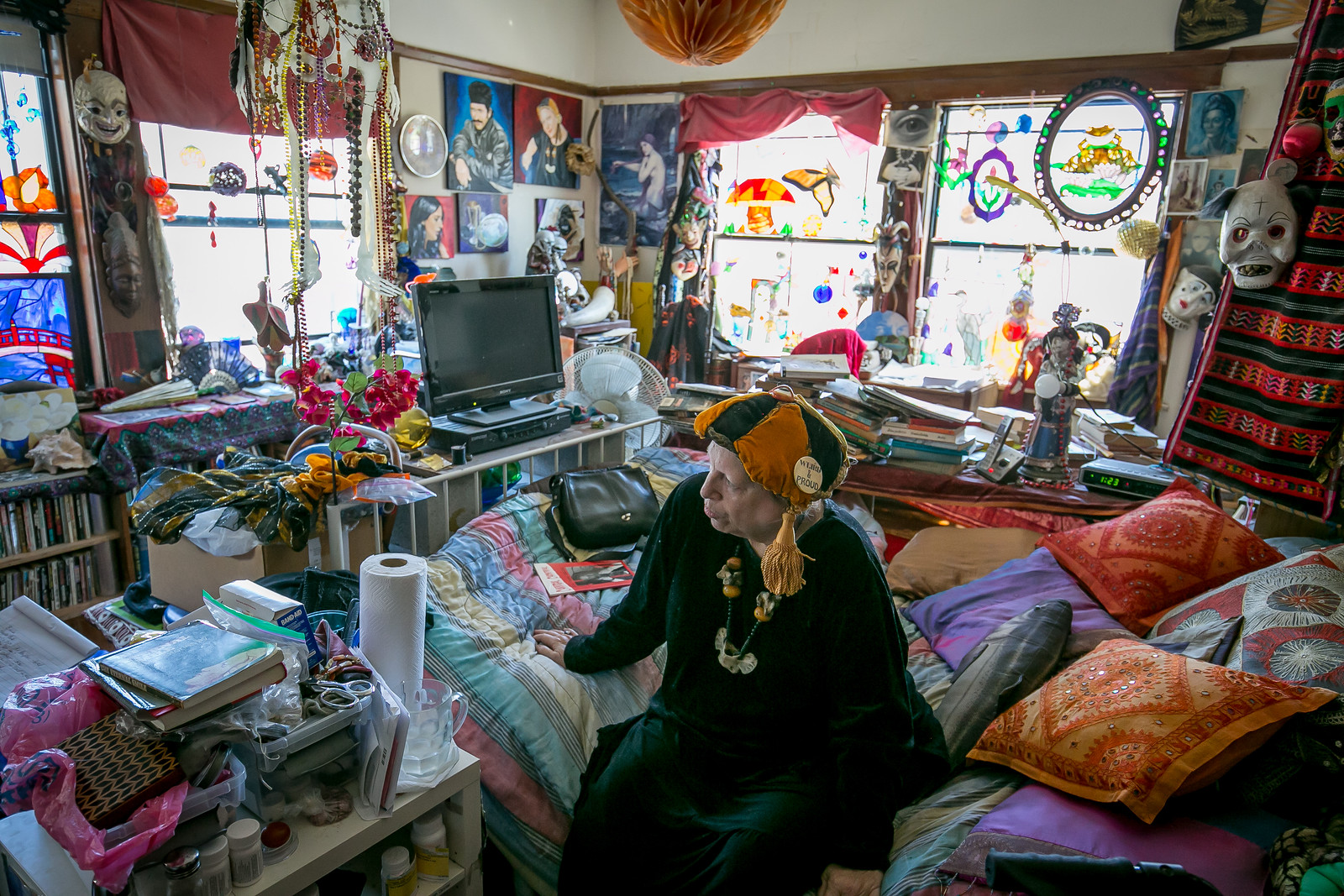 Julia Vinograd is part of Berkeley’s DNA. She is our poet laureate.  She calmed savage spirits with bubbles for decades.  She makes real for us those who are wanting and lacking and forgotten and invisible, and she does so with humor and verve.  In my Julia Vinograd & her visual creativity, I take you to her University Avenue apartment to see the beautiful and quirky and macabre things with which she surrounds herself. 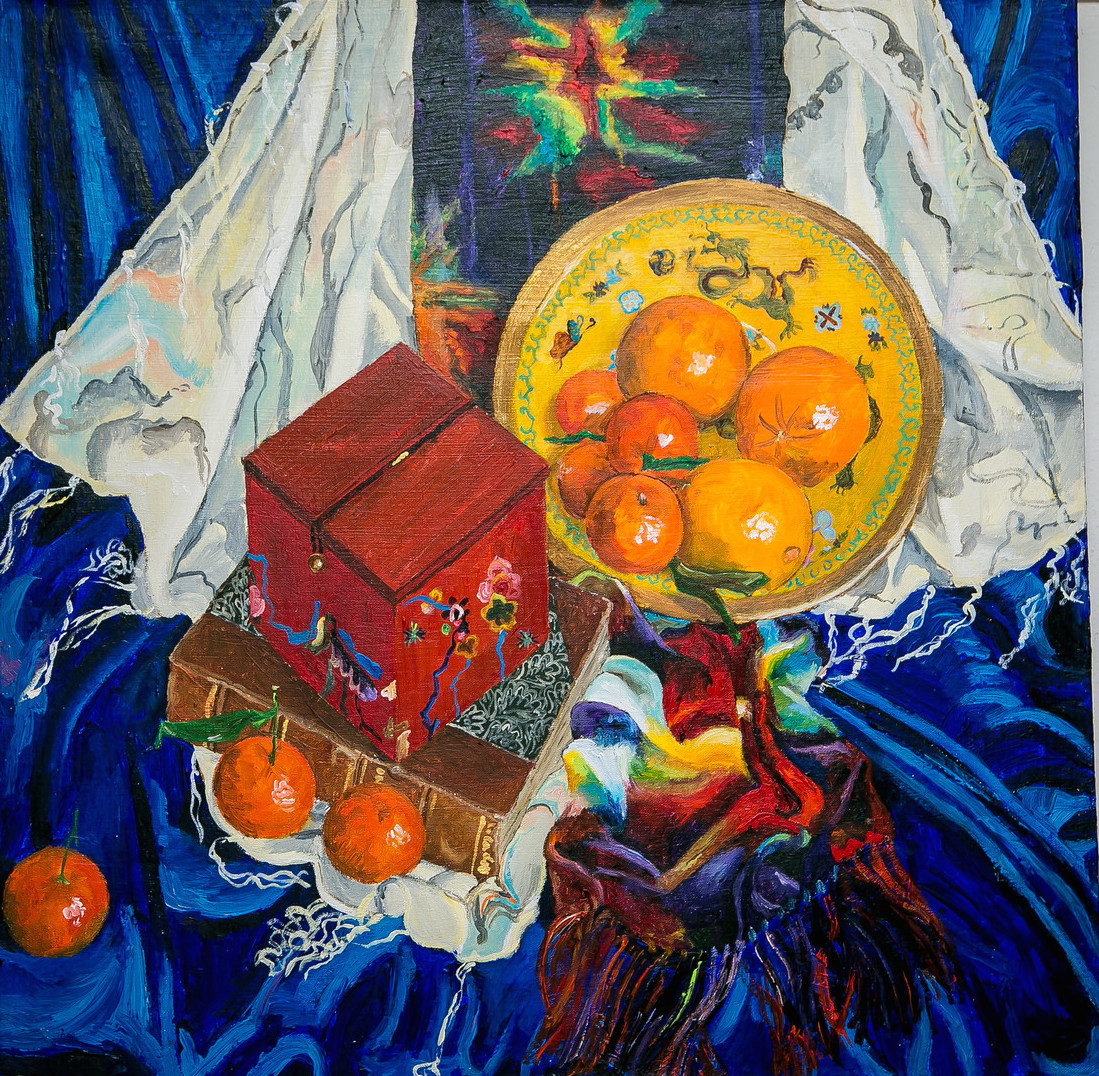 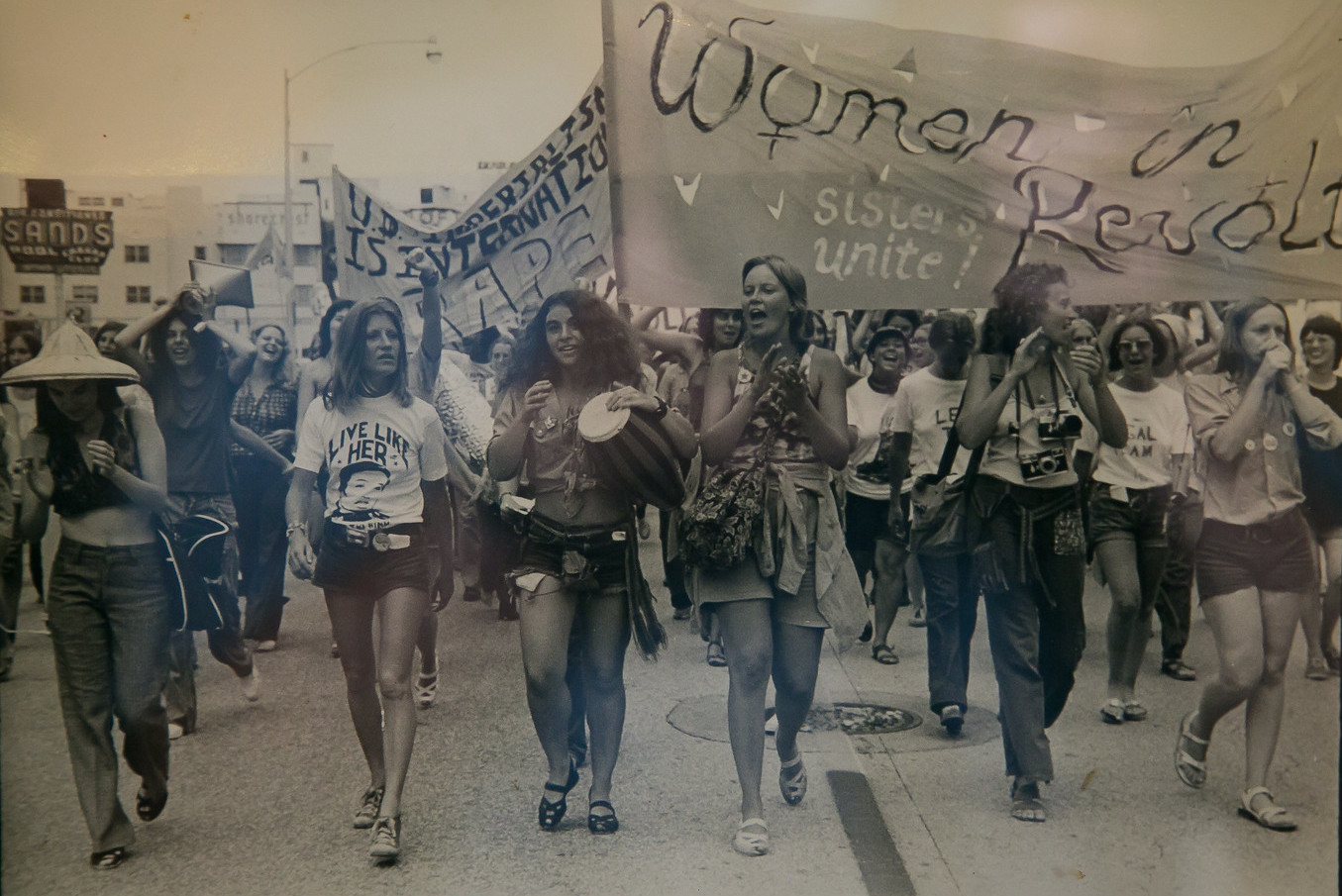 Judy Gumbo was and is our Yippie girl.  From the time of her arrival in Berkeley in 1967 until she left in 1984, Gumbo and her husband Stew Albert raised hell in Berkeley.  The FBI described her as The FBI in 1972 described her as “the most vicious, the most anti-American, the most anti-establishment, and the most dangerous to the internal security of the United States.”  Strong words!  Some right words and some wrong words!  Bastards.  She’s back in Berkeley, every bit as much the firebrand as the 1972 version shown banging a drum at the Republican national convention in Miami. My post about her – Judy Gumbo – Yippie Girl – Still – revolves around the political art in her choosing home. 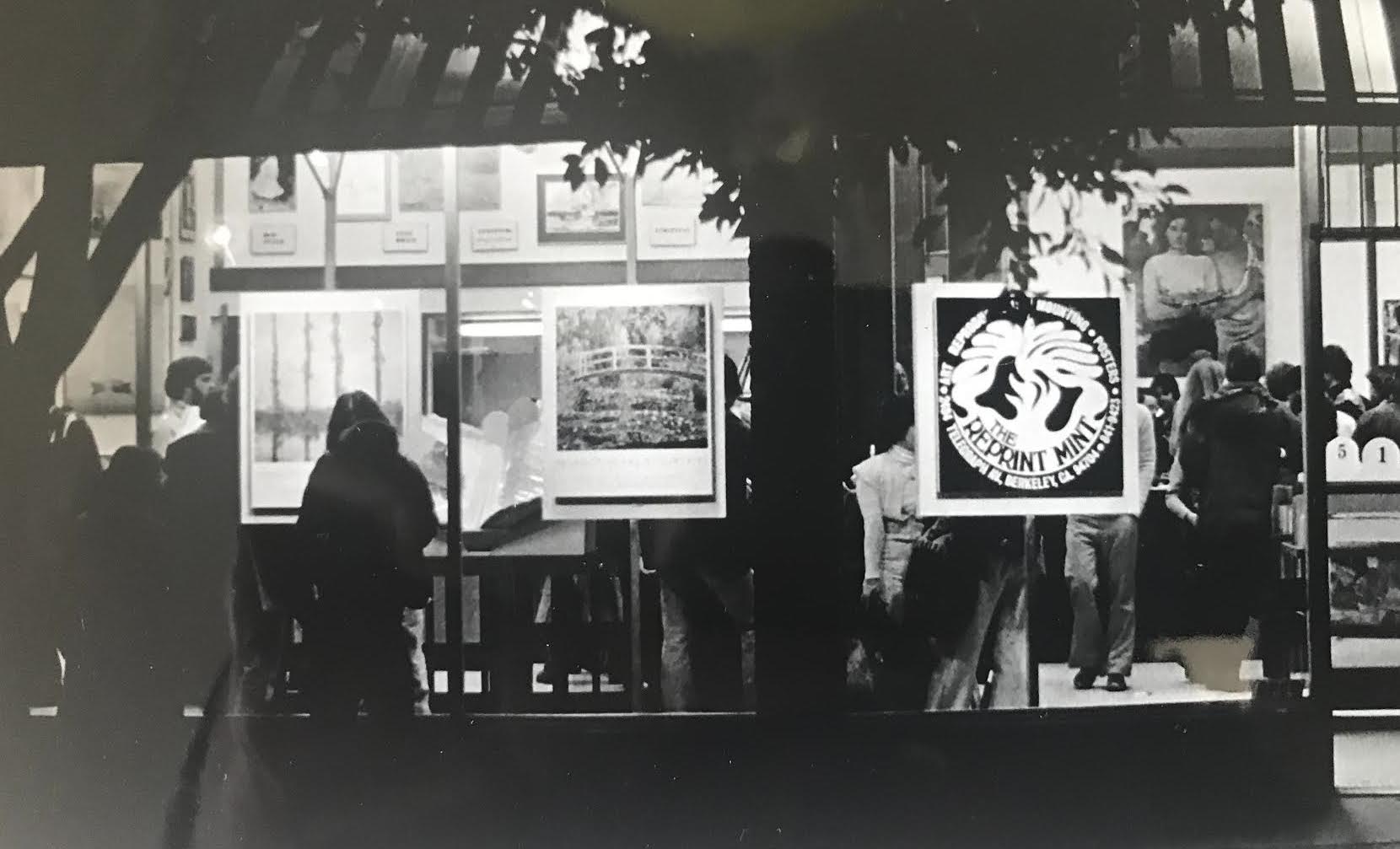 When Don and Alice Schenker opened the Print Mint inside Moe’s Books on Telegraph in 1965, they weren’t the best at what they were doing. They were the only ones doing what they were doing.  Along with espresso or Galoises or out-of-town newspapers or used books and records or croissants, you could now buy posters and art prints on Telegraph.  Odd as it may sound now, it was a revolutionary thing.  In The Print Mint – Alice and Don Schenker, I look at the magical journey of Don and Alice from Bohemian New York, to Beat San Francisco, to Counterculture Berkeley. 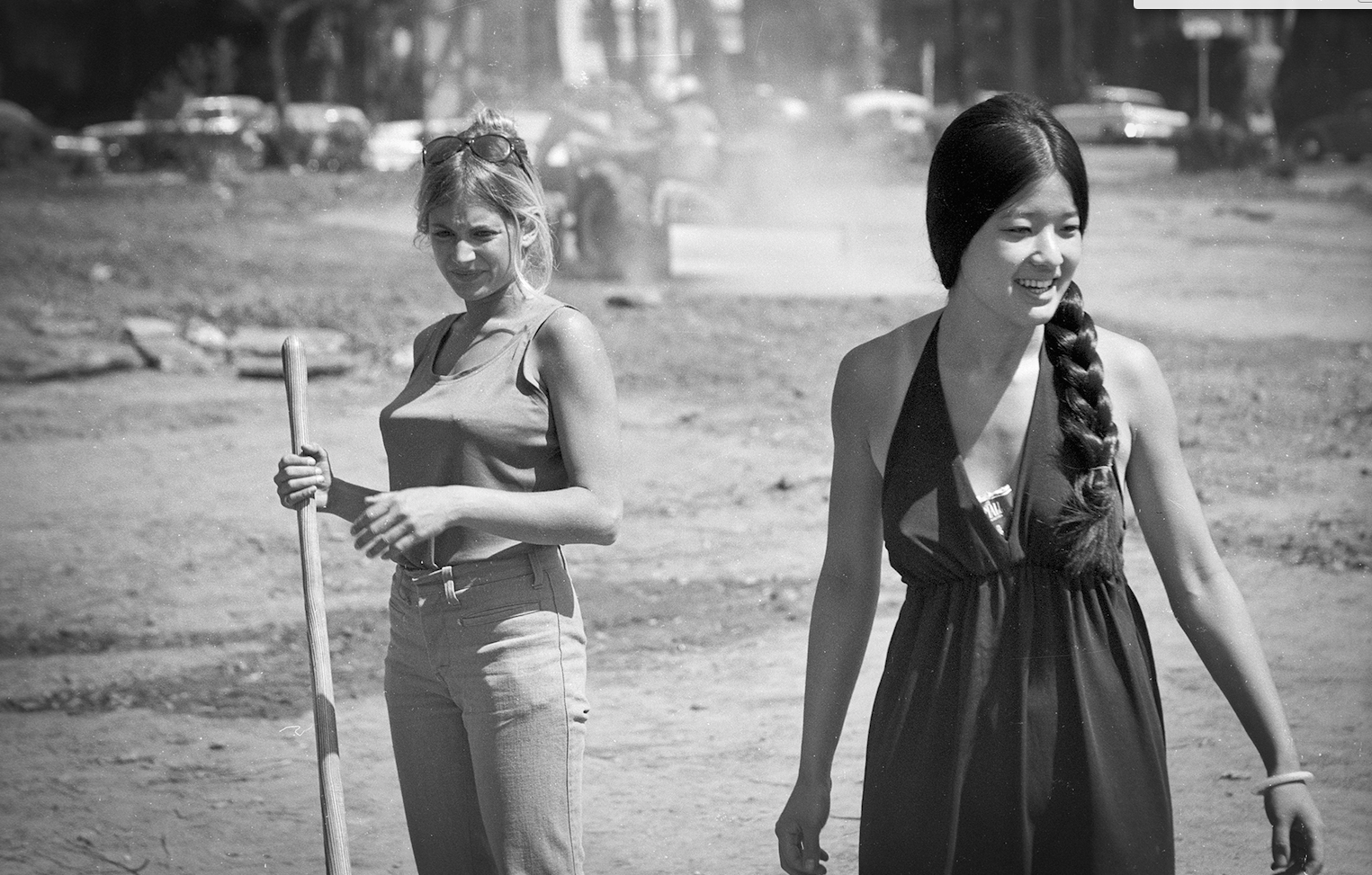 Between 1964 and 1969, Linda Chu: 1) Matriculated at Cal and was arrested for trespass in Sproul Hall during the 1964 Free Speech Movement sit-in; 2) Was crowned Miss Chinatown San Francisco in early 1965 and served/reigned a year in that capacity; 3) With Michael Delacour opened a dress shop, the Red Square, on Dwight for beautiful hand-made clothing; and  4) Was part of the initial construction of People’s Park. This list is counter-intuitive or cognitively dissonant or – just not what you’d expect, or – a Berkeley story.  The name of that story is  Liane Chu – Five Amazing Years in Berkeley

So there we have it – the highlights, the best, the pinnacle acme zenith summit, high-water marks of my 2017 Quirky Berkeley posts.

He glanced through the posts I chose. “Nothing about Earl?  Nothing at all?????”

HOW COULD I HAVE?  Omnia peccata mea detester. I detest all my sins. I dread the loss of heaven and the pains of hell. I firmly resolve to amend my life.

In my Best-of-list, I had not mentioned that my friend’s long lost twin brother Earl had come to visit in May, the first time the two had seen each other in more than 50 years.  In the first few minutes that I saw them together, I noticed that my friend called Earl “Loki” and that Earl called my friend “Odiin.” A neighbor named the boys Odin and Loki, Norse gods, when they were eight.  I don’t think that the naming was meant to flatter.  The names stuck.

How could I have been so insensitive?  Here is the post on Earl’s May visit.  Definitely a highlight of the year.

With my inattentional blindness acknowledged, forgiveness sought, error corrected, and absolution granted, I asked what he and Earl thought about the BEST OF post. 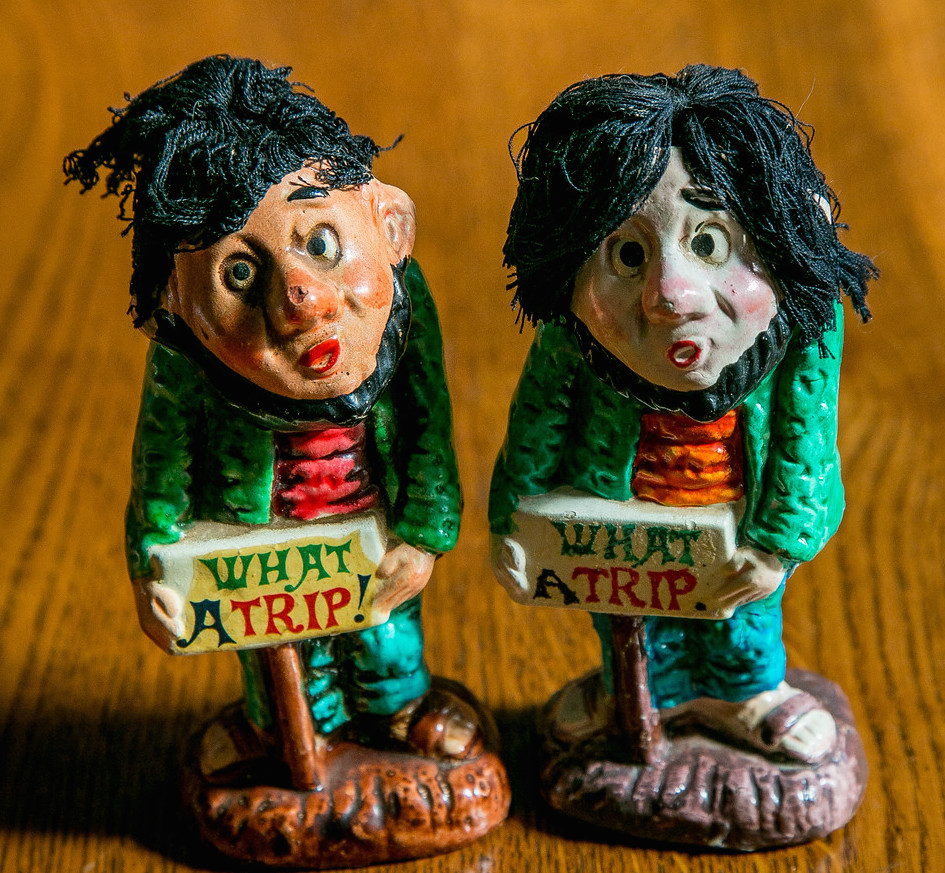