In what seems like a march up to a major series on quirky home interior design, I have previously posted on: 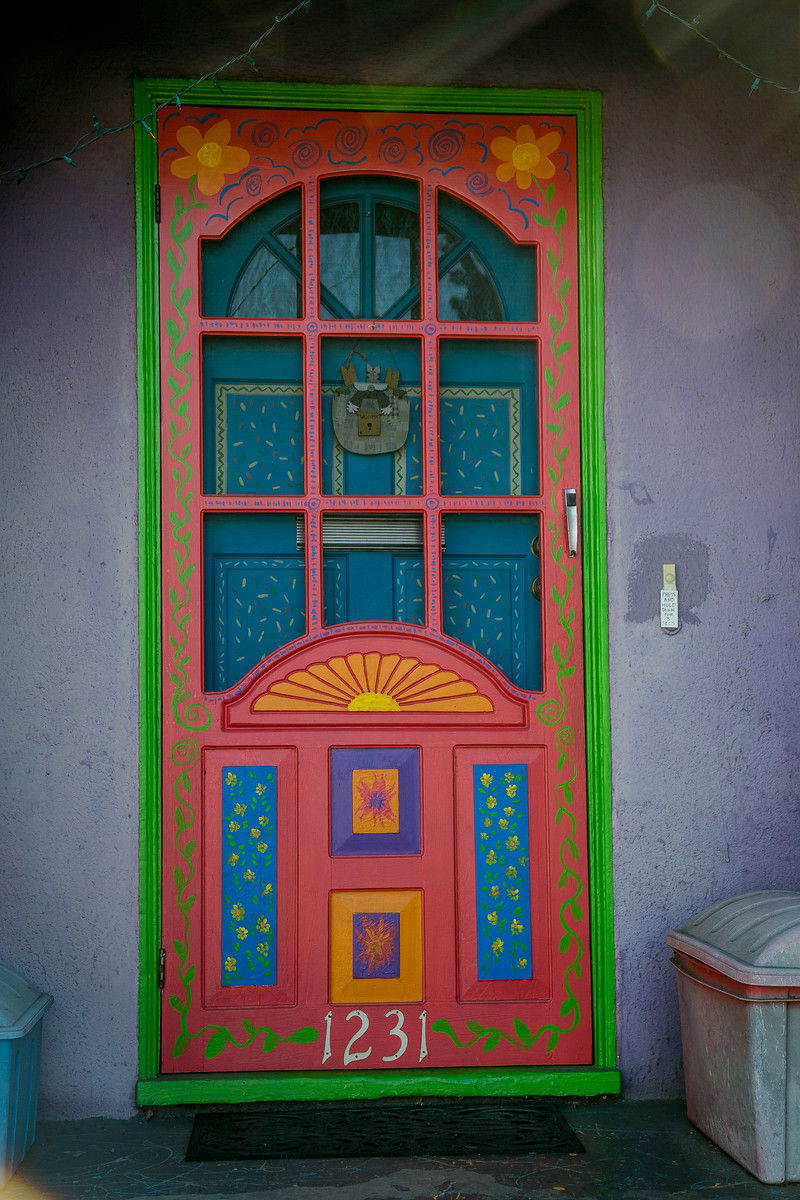 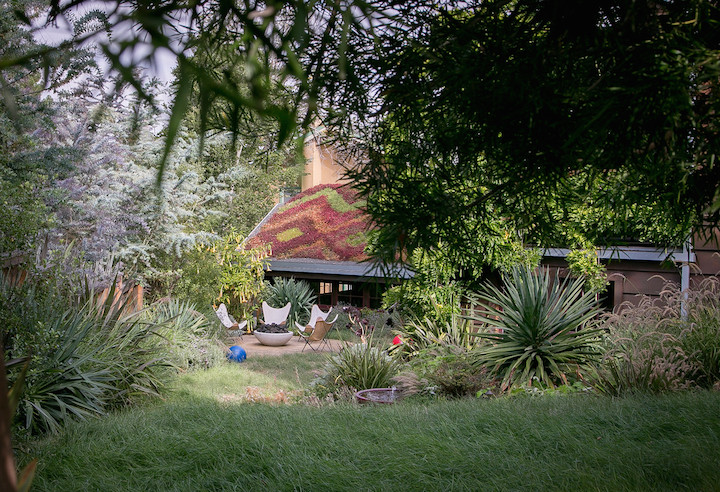 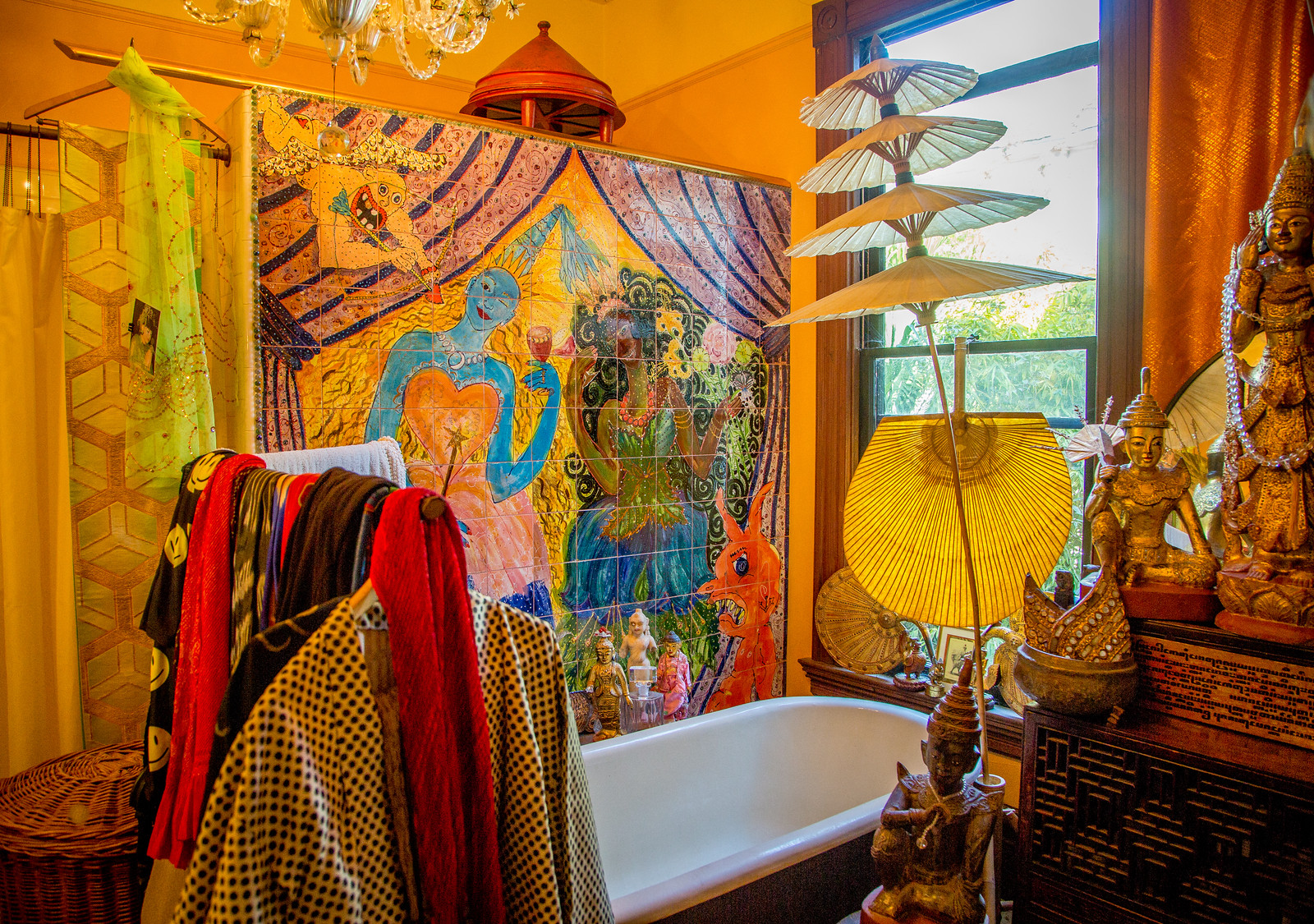 Today, for the first new post of 2018, I present a collection of quirky beds.  Yes, I have seen quirky beds.  They are by definition almost invariably outside the scope of Quirky Berkeley – not visible from the street, alley, or public path.  For that matter, many of the beds shown here are not in Berkeley and thus violate every single Quirky Berkeley Rule.

But we all know the words of General Douglas MacArthur: “Rules are mostly made to be broken and are too often for the lazy to hide behind.” Ita hic – thus it is here.

I am not lazy!  I hide not behind rules.  I want you to see what I have seen and perhaps to be inspired to make a DIY quirky bed. I am only thinking of you.

Let’s start with one that is in Berkeley. 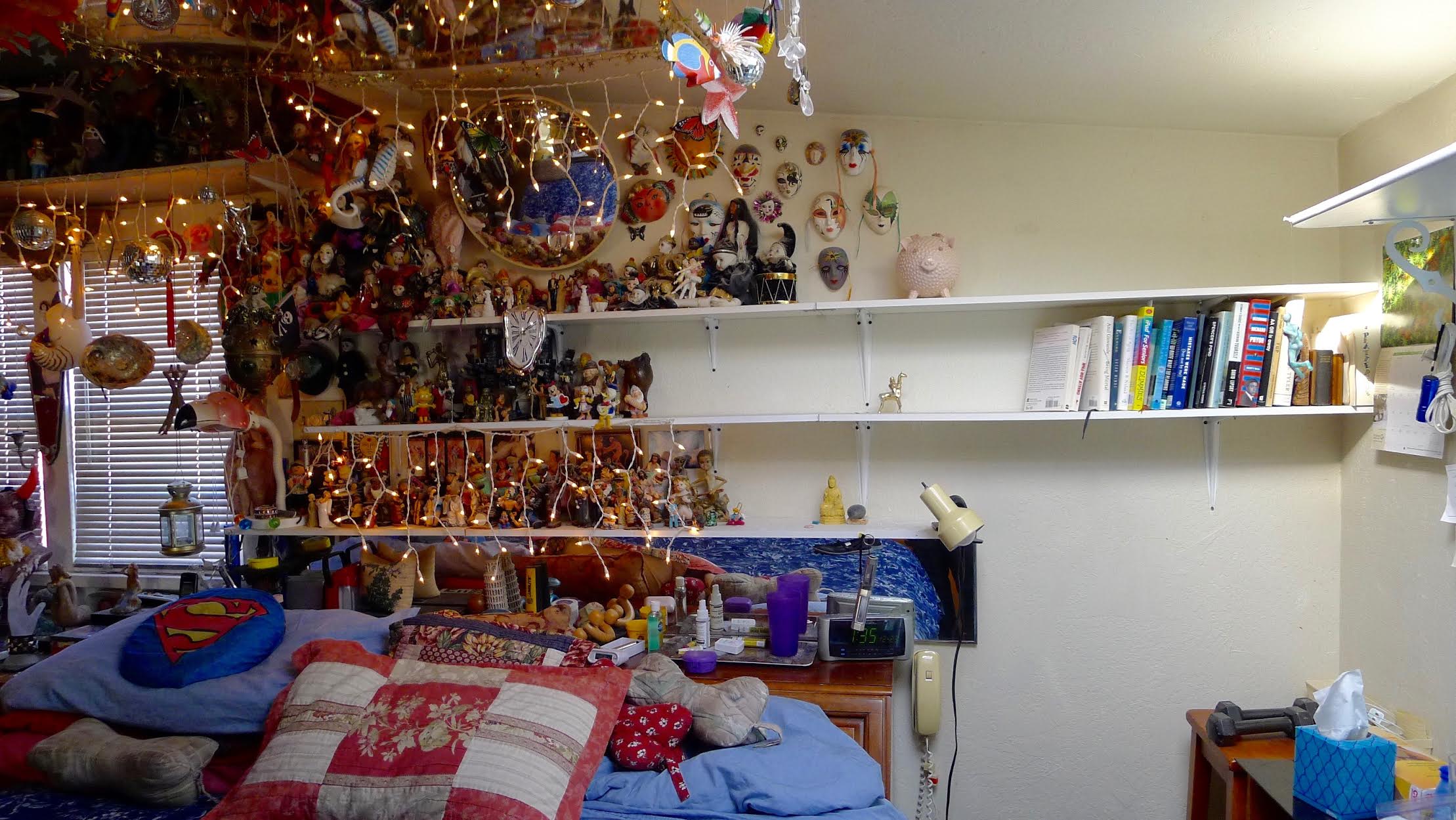 Howie Gordon has suspended thousands of bright objects are suspended from his bedroom ceiling.  Gordon’s wife Carly likes the absence of clutter.  The shelves above the bed are supposed to bedivided evenly between his clutter and her absence of clutter.  He is an imperialist!  The shelf and airspace in the upper right of the photo are hers.  Nothing cluttering.  His side – lots and lots and very lots.

Now to hit the road in search of quirky beds. 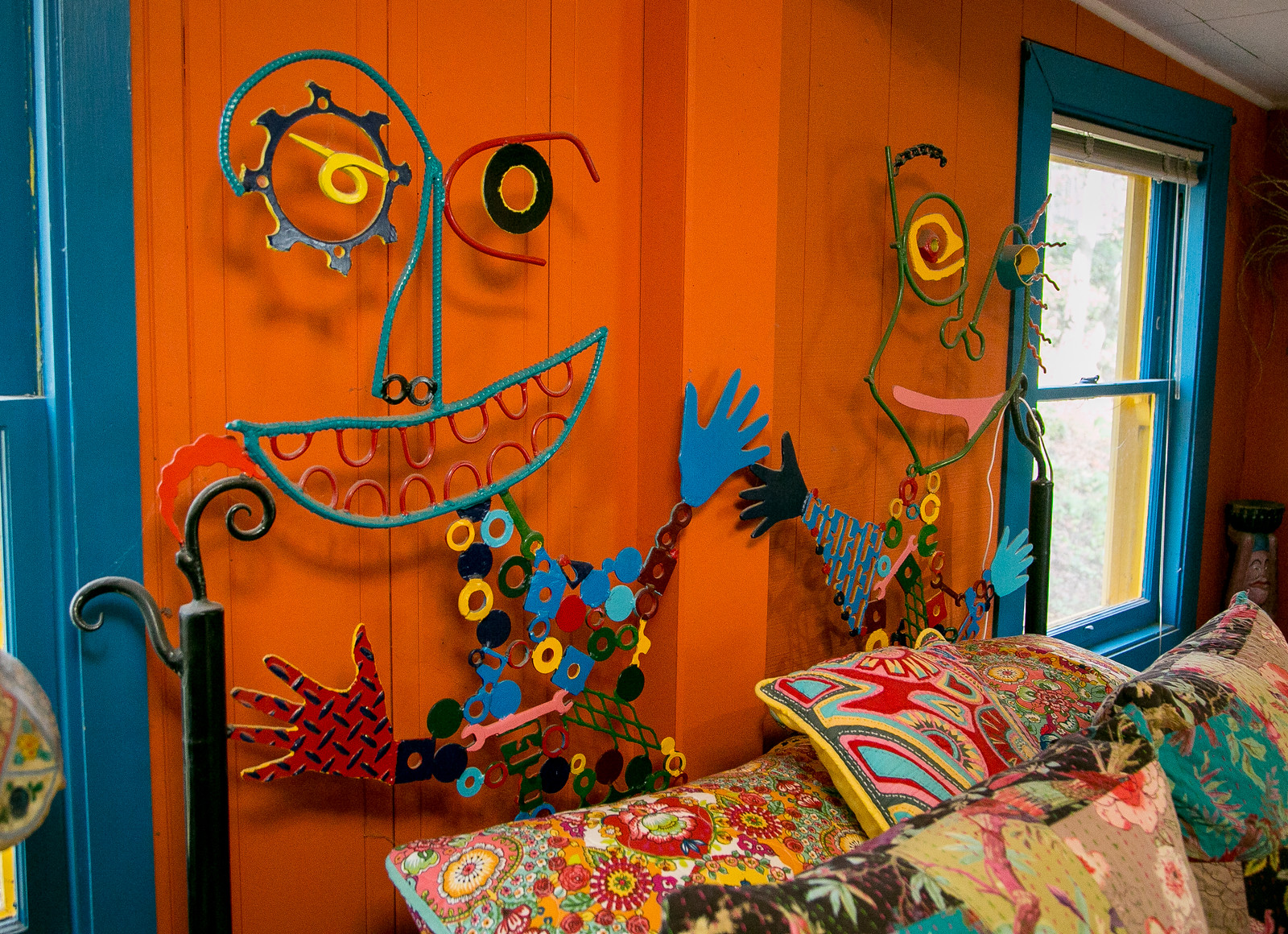 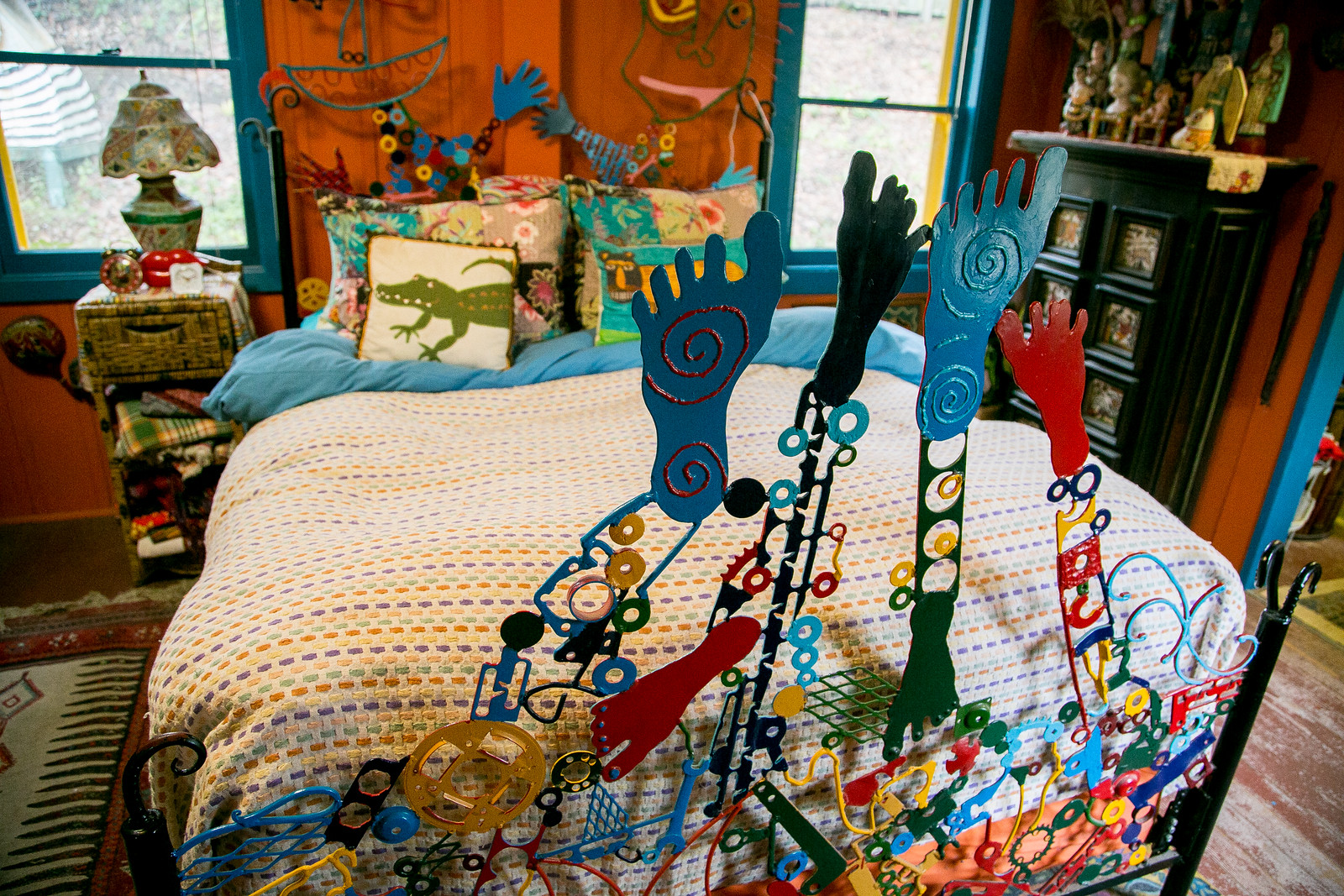 This bed is in the Glen Ellen home of Susan Alexander.  It was made by David Friedheim, who was at the time working in Oakland. 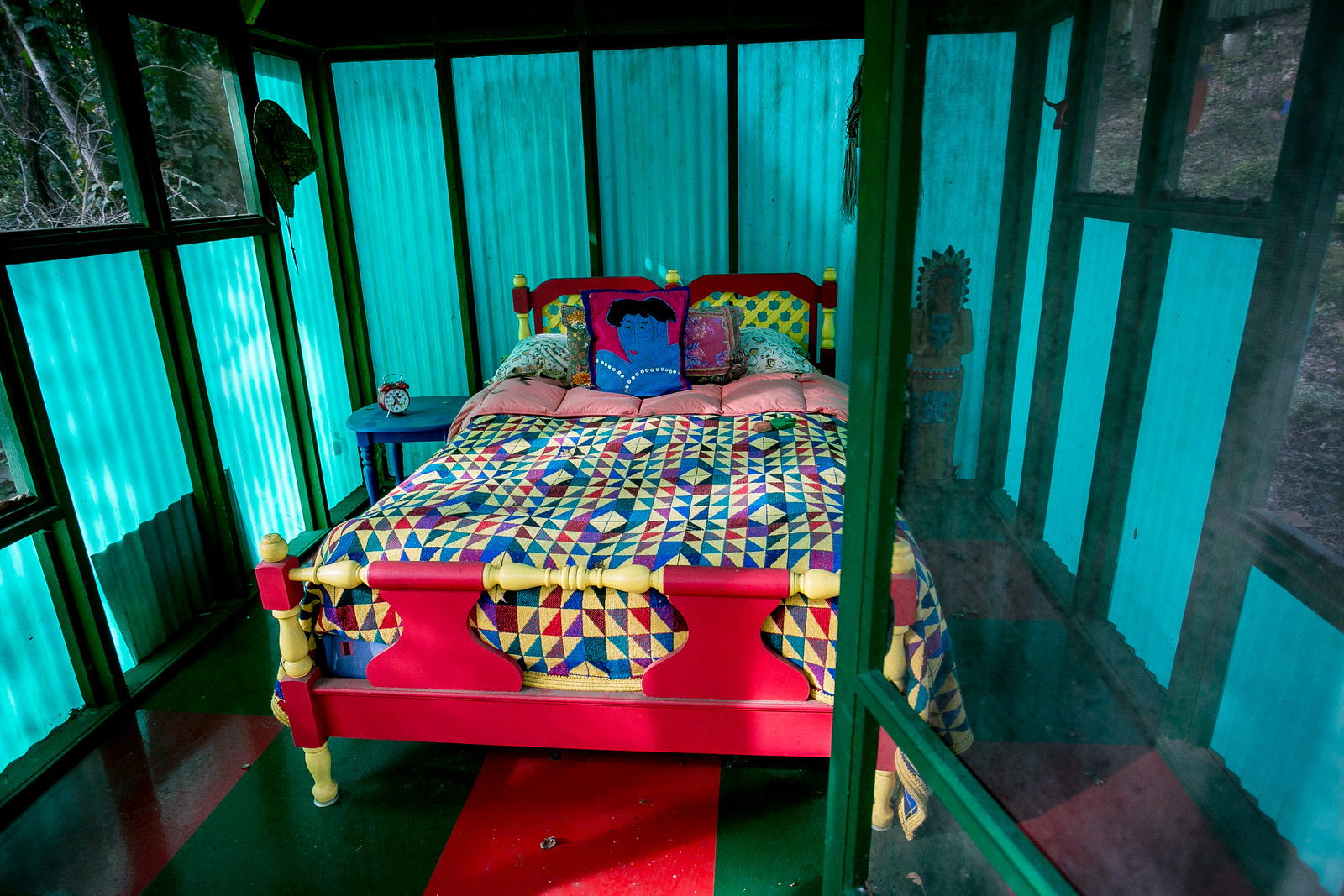 This bed is in Alexander’s “bunkie,” a screened sleeping room on the banks of Sonoma Creek.  What a magnificent place to spend a night, summer night breezes. the song of the creek, crickets – magnificent.

On the other end of the spectrum; 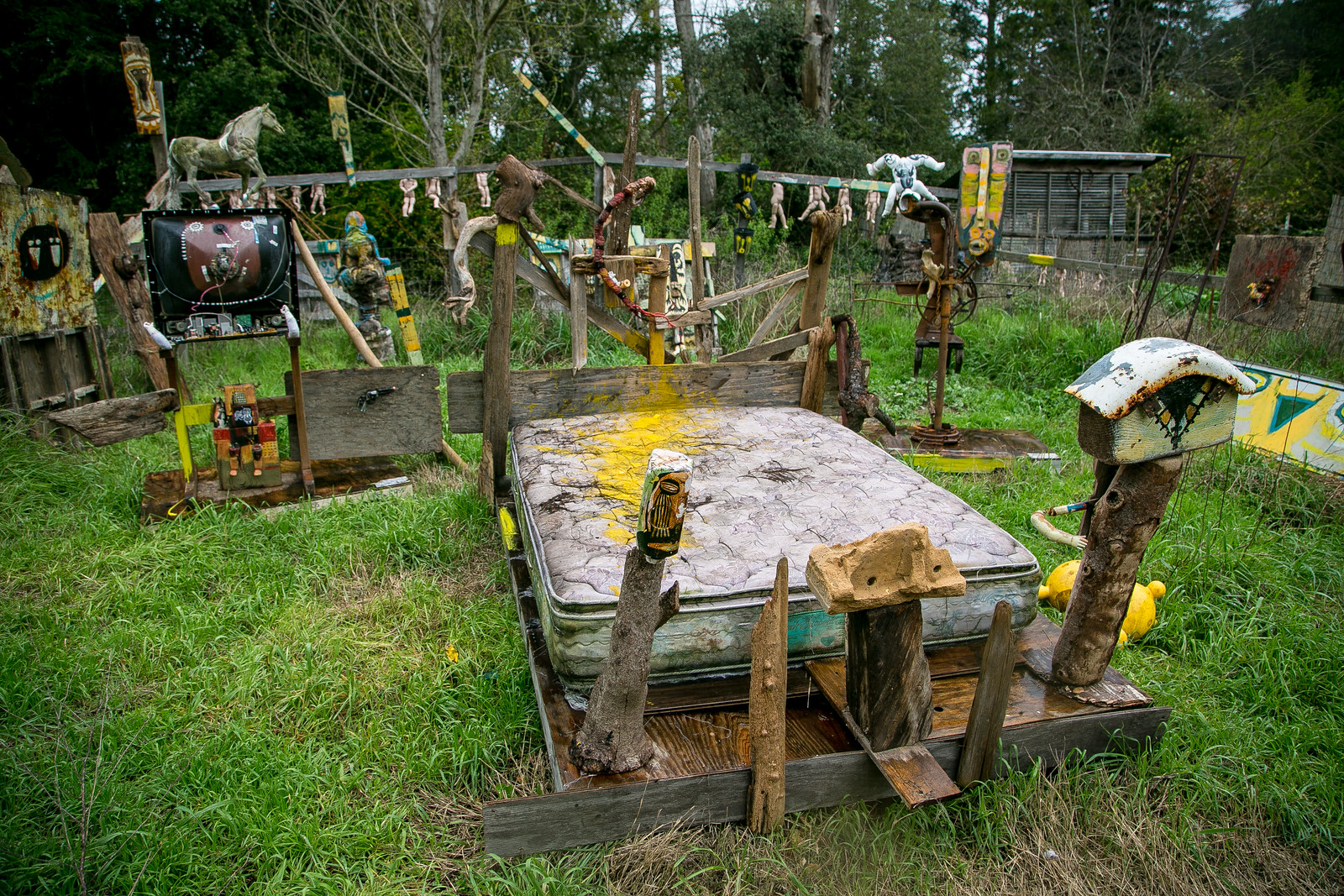 This is a bed in Art Moura’s yard in Sebastopol.  Scary.  Bad-dream scary. Never in a million years would I sleep on this bed.  Scary. 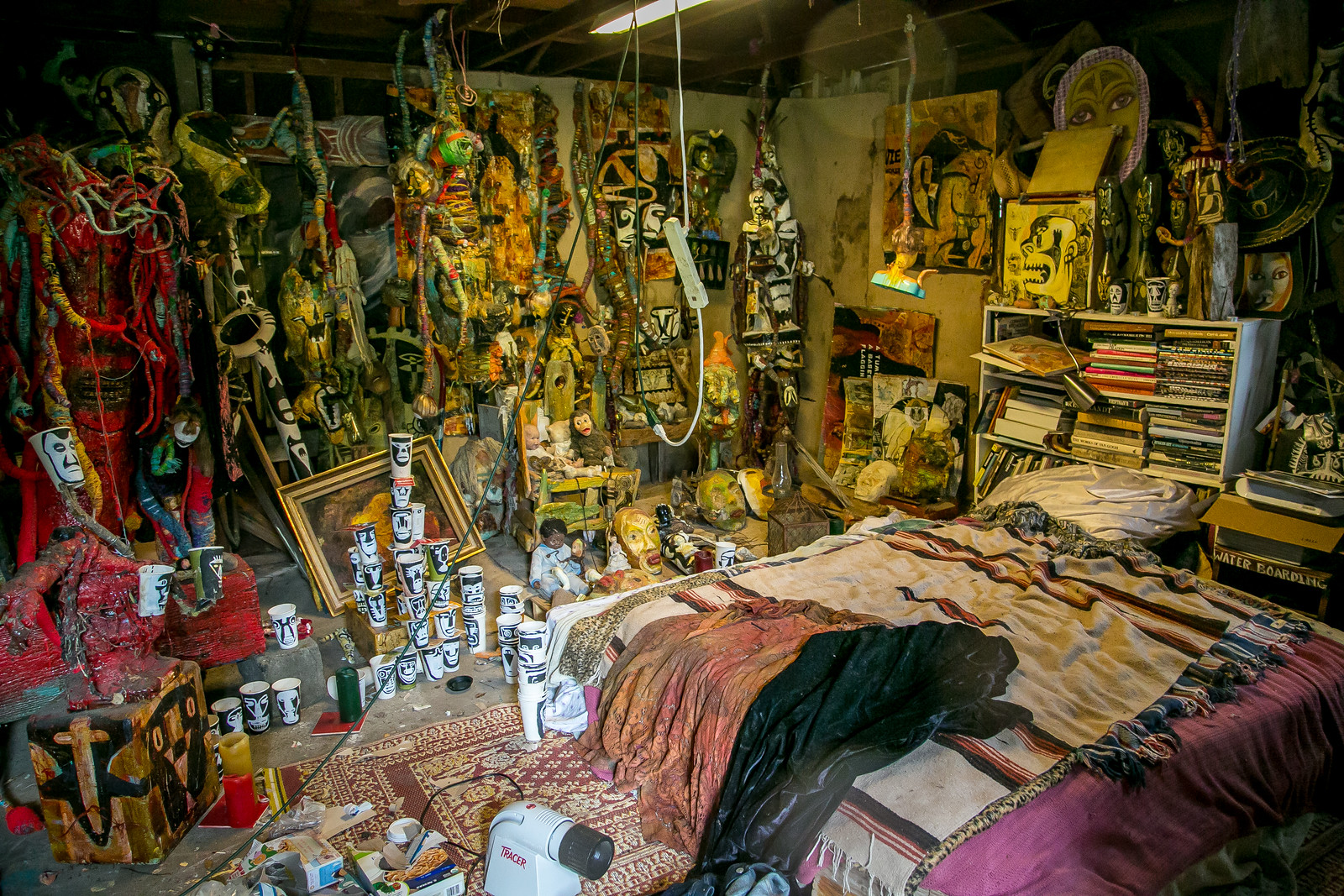 This is Moura’s bedroom.  Outsider art to da max. 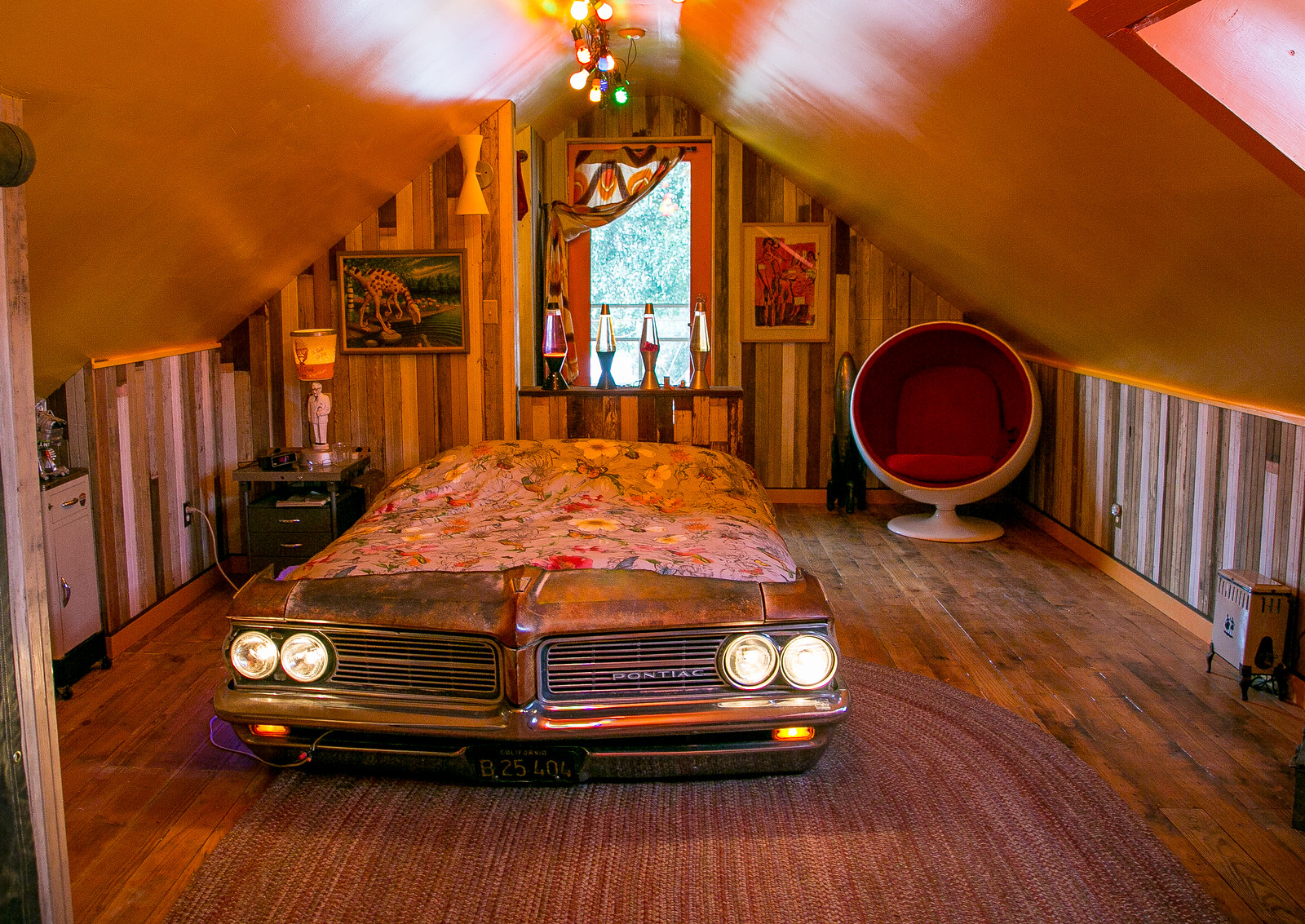 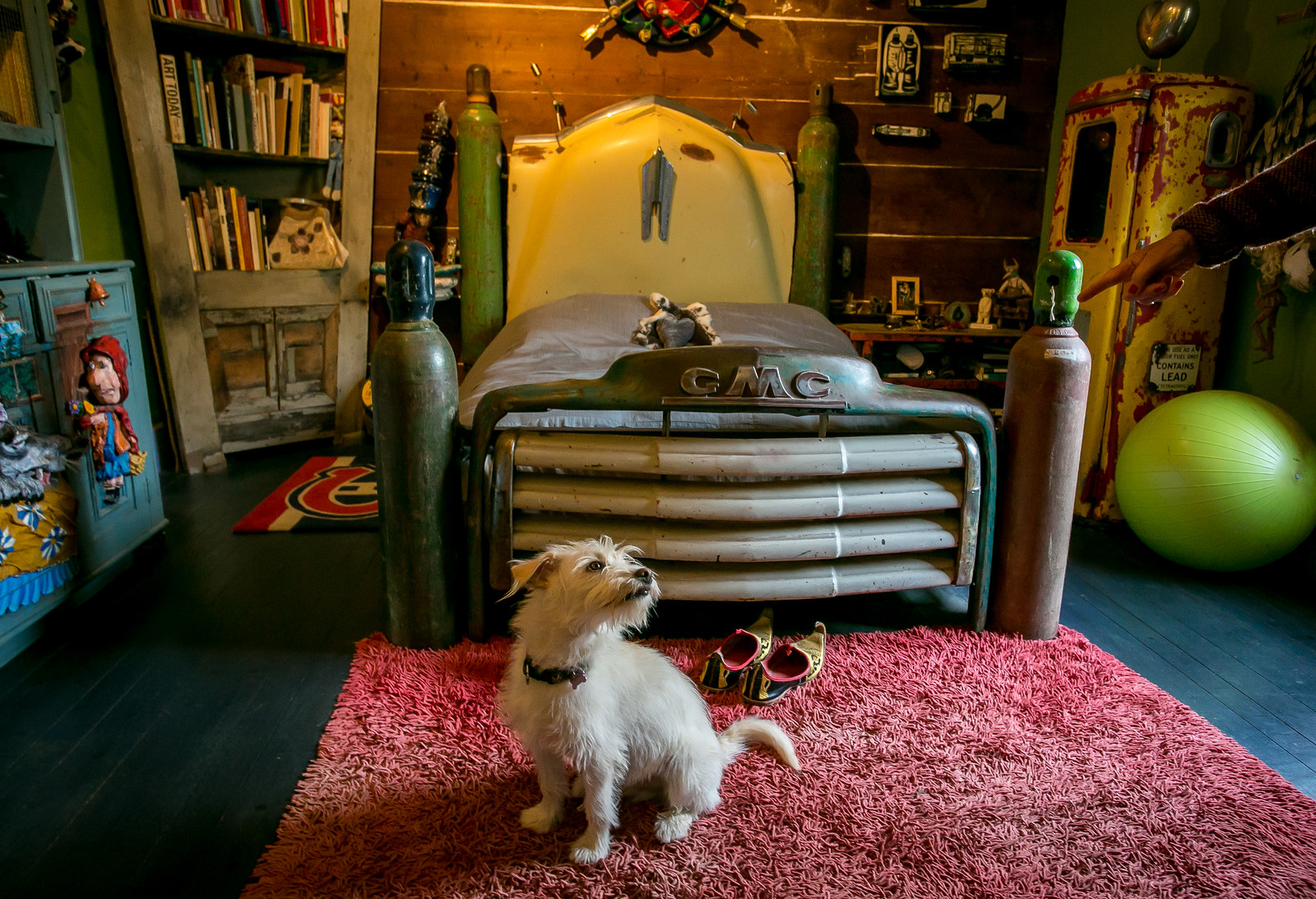 Also in Sebastopol, a quirky couple of beds in the home of Patrick Amiot and Brigitte Laurent. The dog is Pistache. 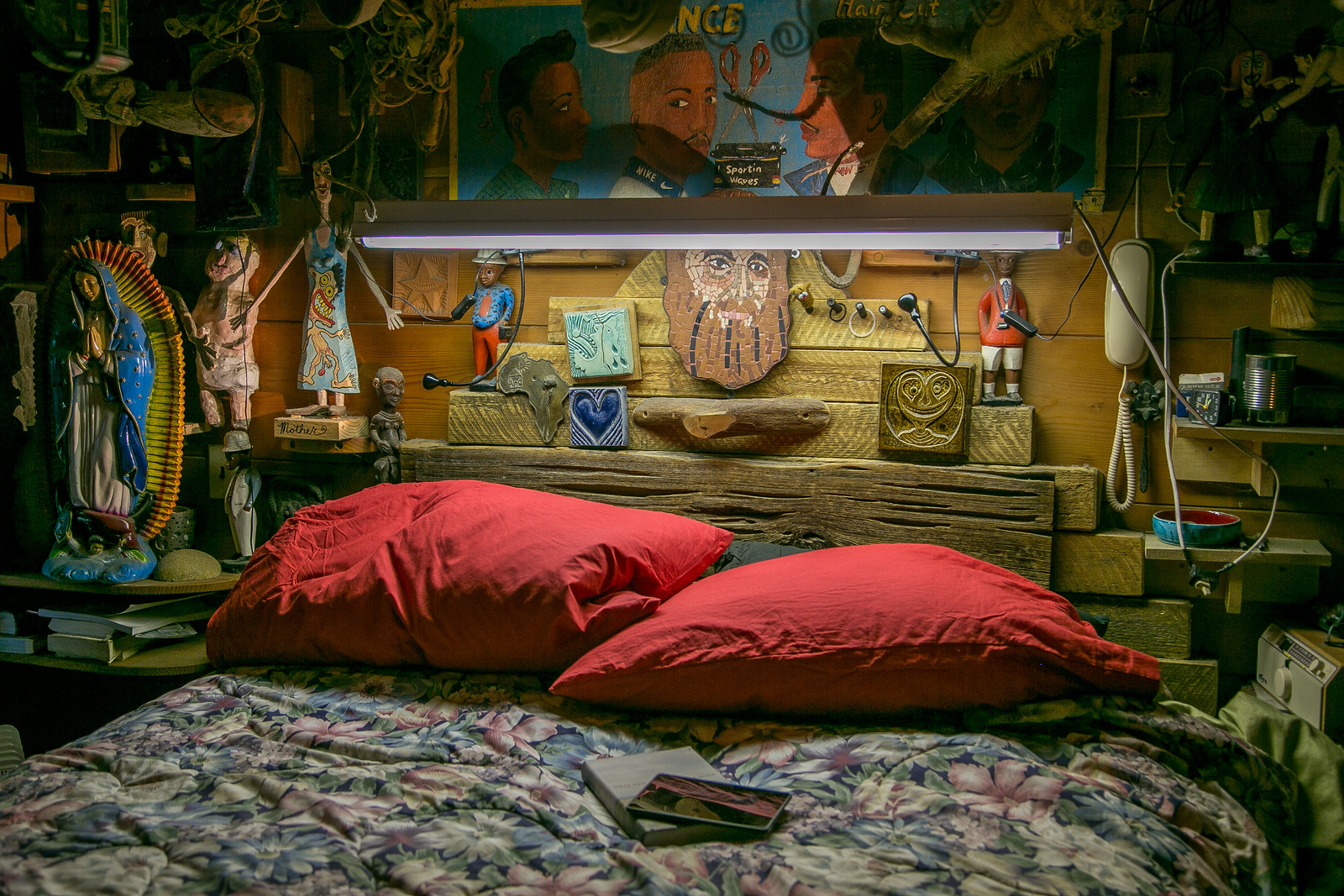 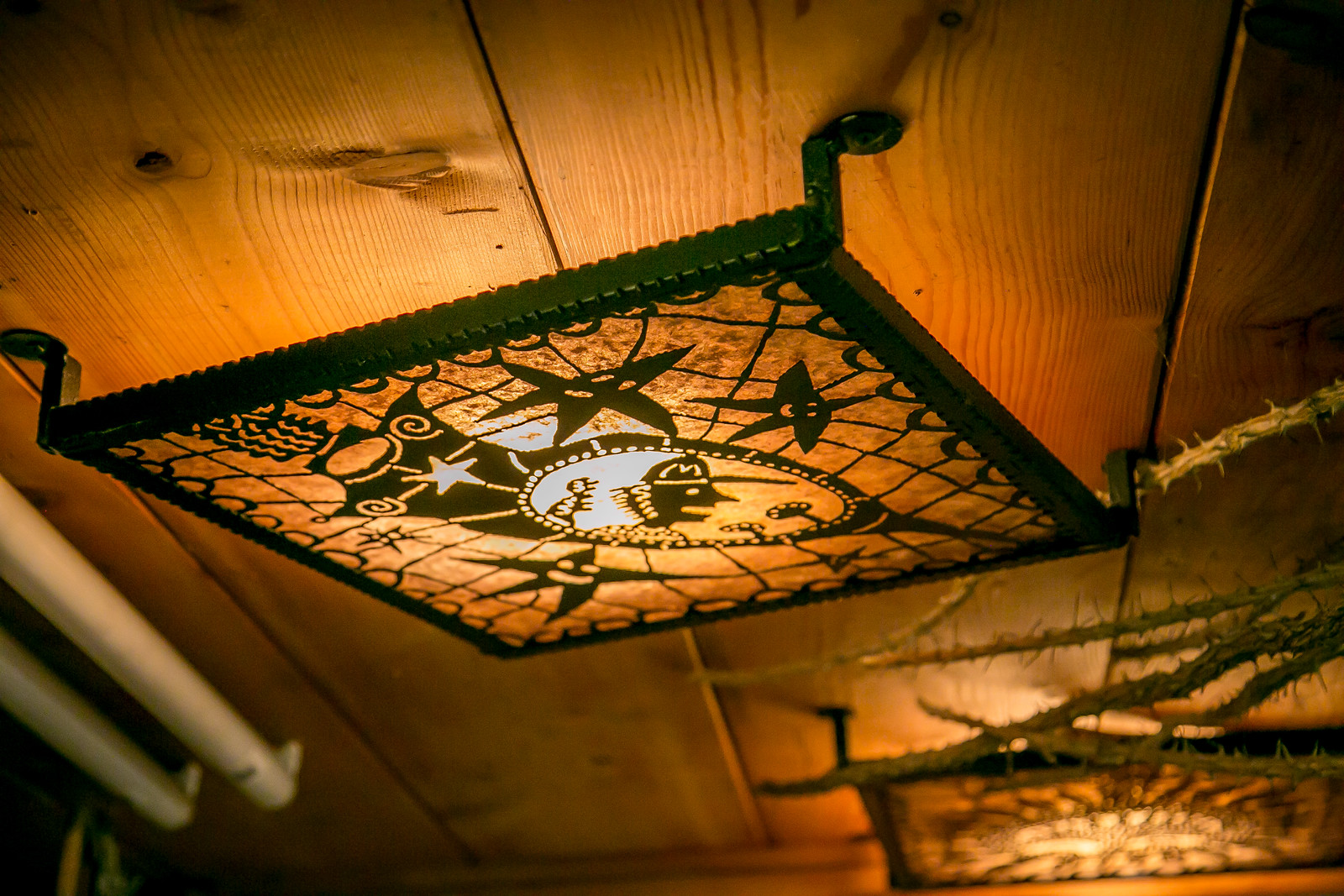 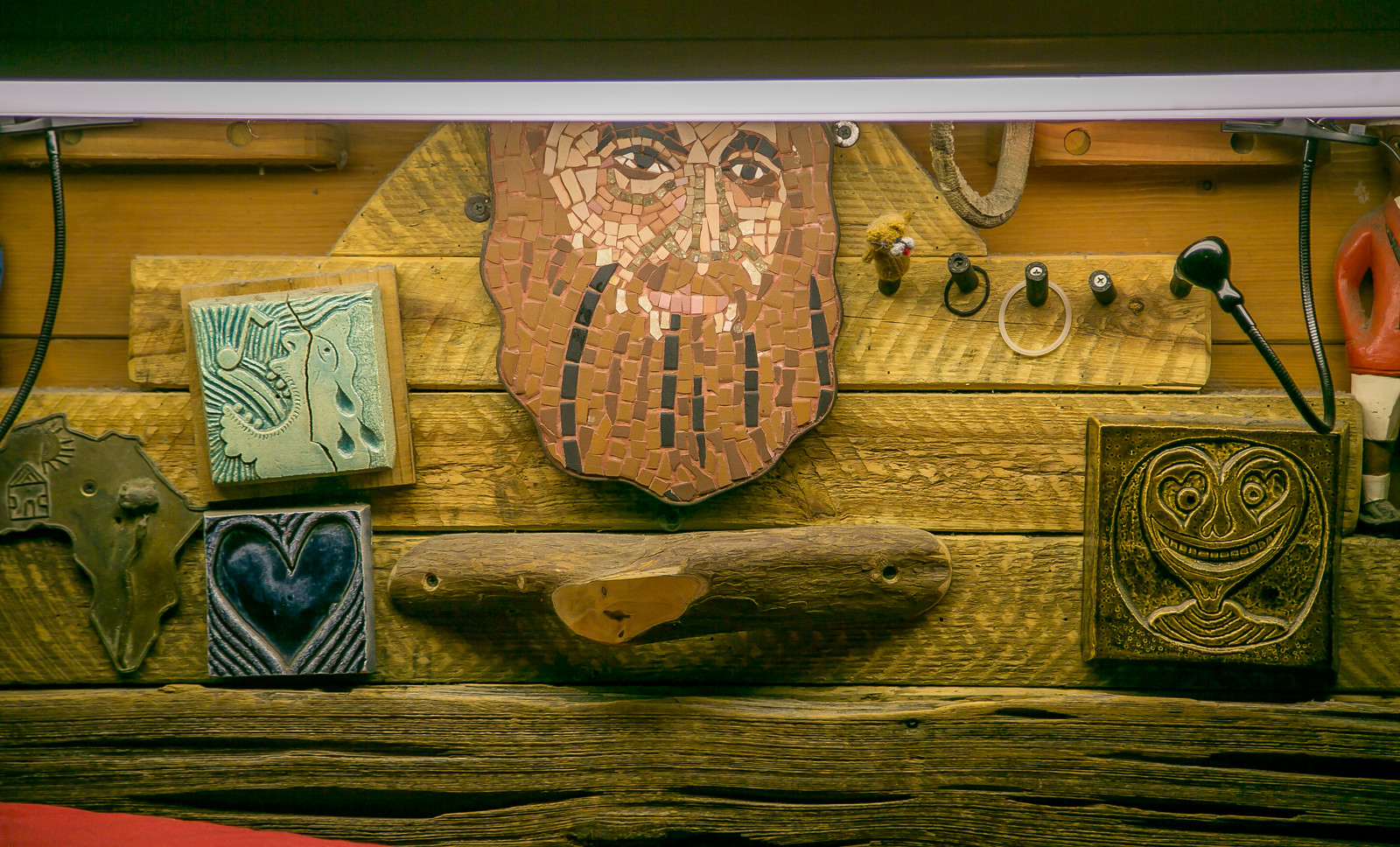 The placement of the beds in these next two Berkeley photos are the point here. 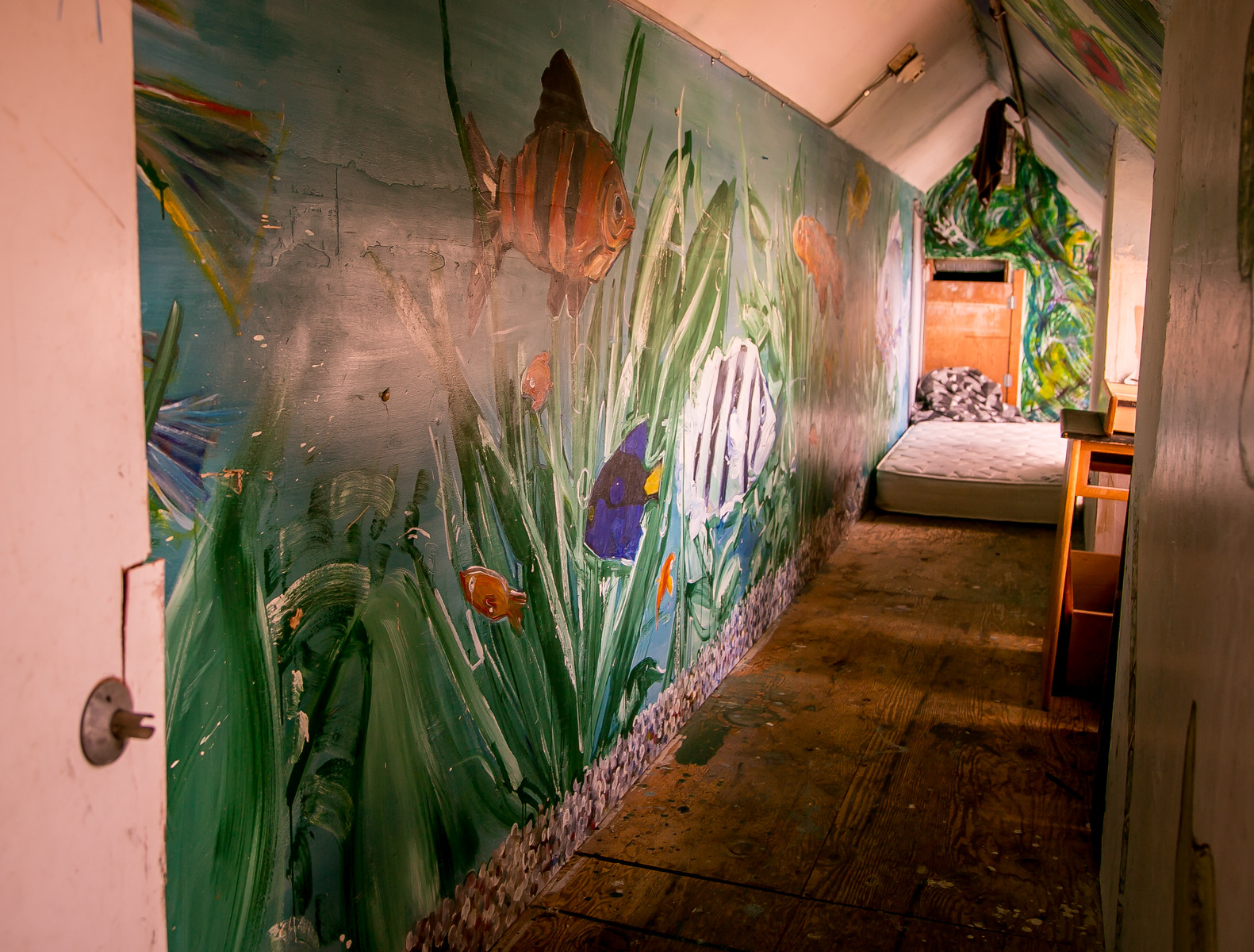 Hidey-hole sleeping places under the eaves!  In the top photo. George McNeil shows off his hidey hole.  He works marine construction, sometimes all night.  When he needs isolation and dark and quiet during the day – into the hidey hole he goes.

The bottom photo is from Kingman Hall, a student housing coop at Cal.  This under-the-eves arrangement is for guests.  Under the eaves, large porch balcony, murals.  What more could a young person want?

Final bed for the moment.  It comes from the “East Berkeley” (Orinda) home of Son of Berkeley Dave Seabury.  The bed is in an outbuilding, a former springhouse, that Ruth Kaiser and Jon Balderston are converting into guest quarters, named Shangri-la-di-da. 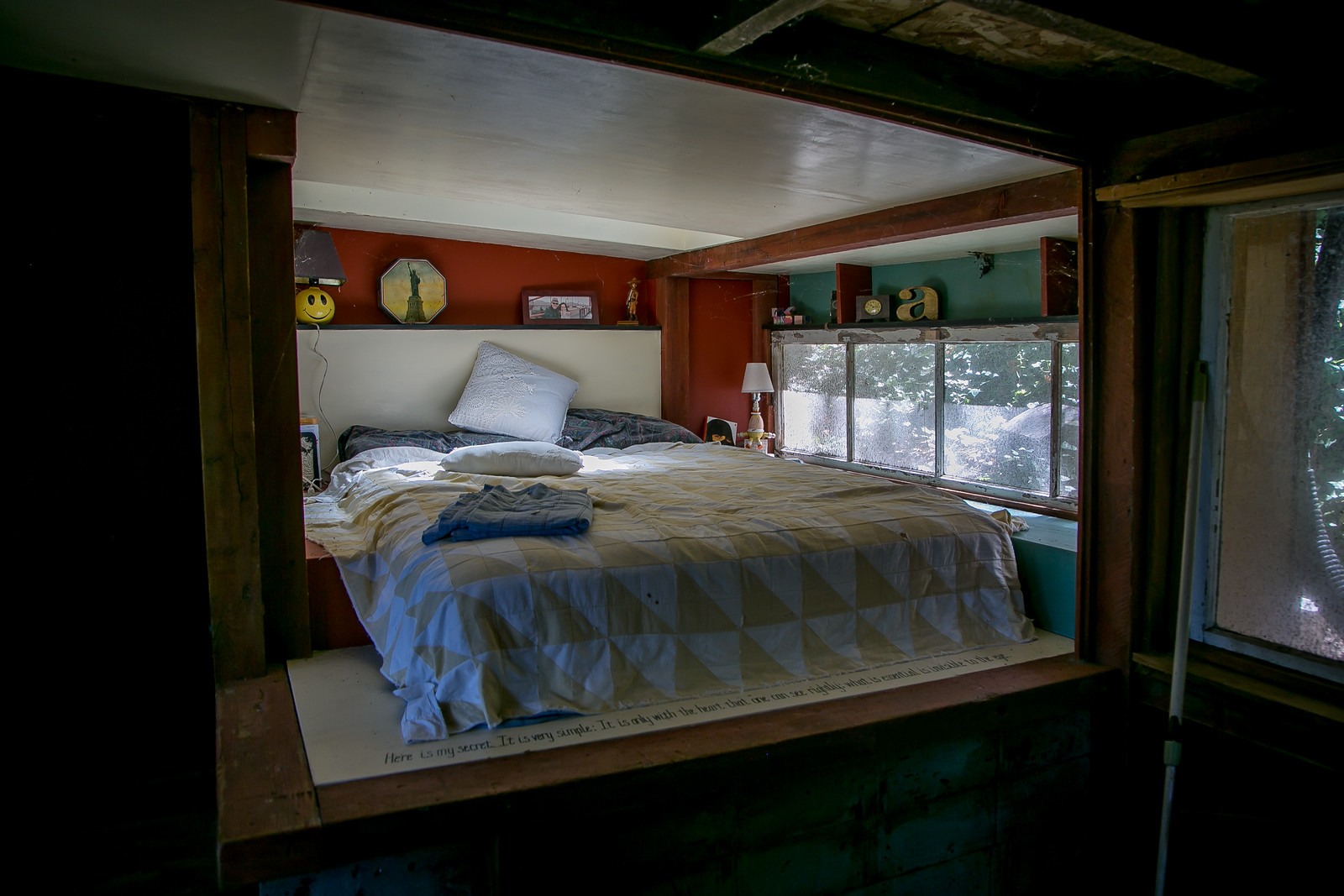 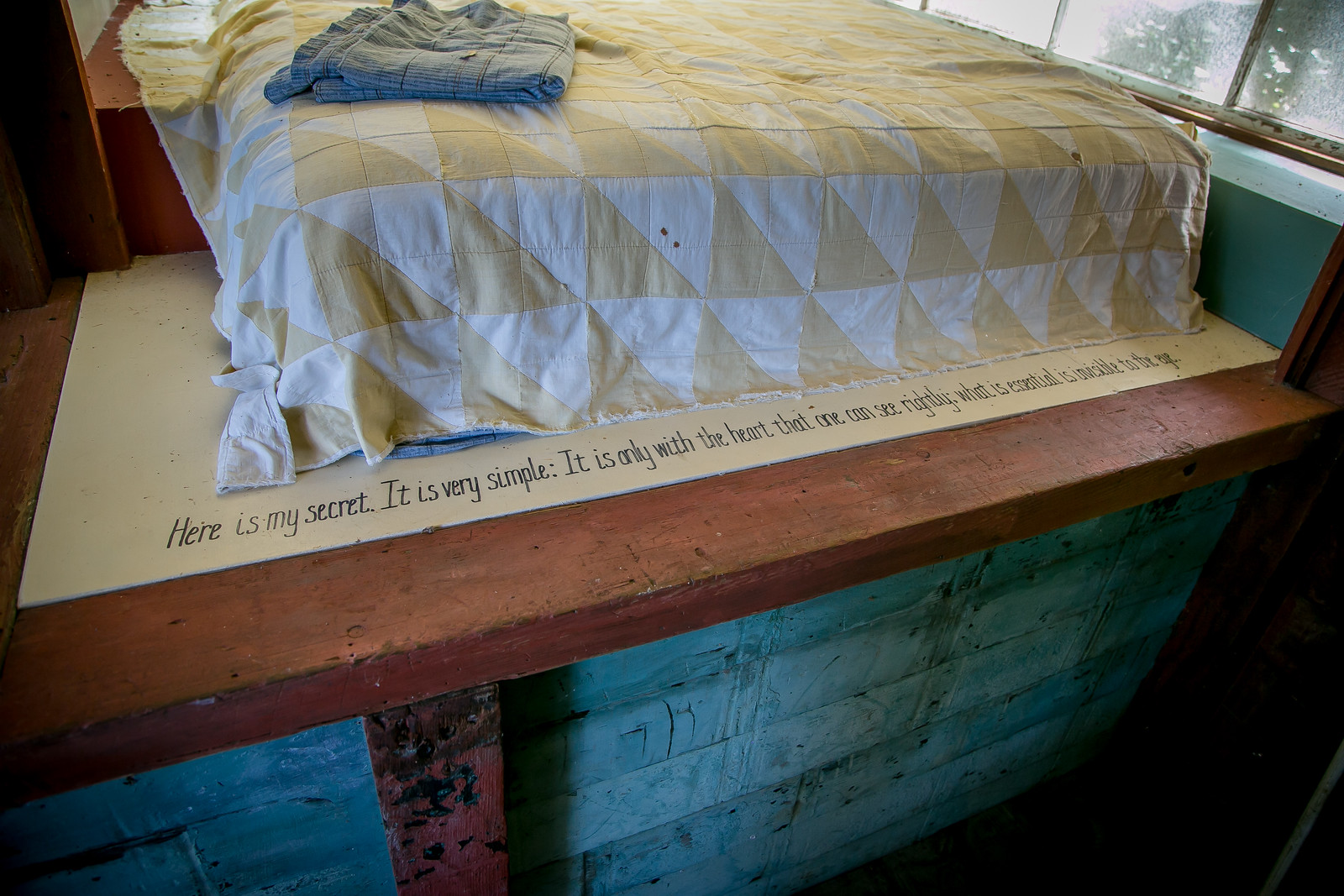 It is cozy, but of special quirky interest is the quote from the Little Prince.  I embrace the idea of a quote to live by. 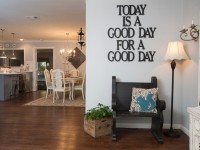 Not like the trite cliches that you see on the walls in HGTV homes.  Joanna Gaines on “Fixer Upper,” which shows the process by which she and her husband Chip turn dilapidated but potential-rich houses into showplaces, is especially fond of the high-calorie-minimal-nutritional-value quotes.

I advocate real words with real ideas.  Like the Little Prince.  Or other like-minded quotes.

I showed the post to my friend.  He has always been all about bed decor. 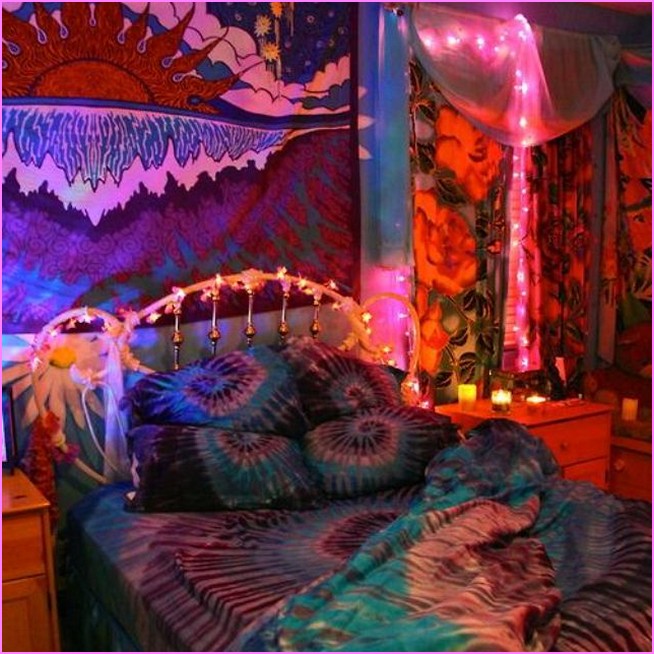 This is the bed he slept in until a few years ago, when he started mainlining the Danish Modern motif.  He is headed in the opposite direction on beds than the quirky examples shown above.  Next week he and Earl (who shows no signs of going back to Flint – and with the weather there who could blame him?) are driving up to Laytonville to pick up a Raymond Loewy bed that he heard about from a friend of a friend. 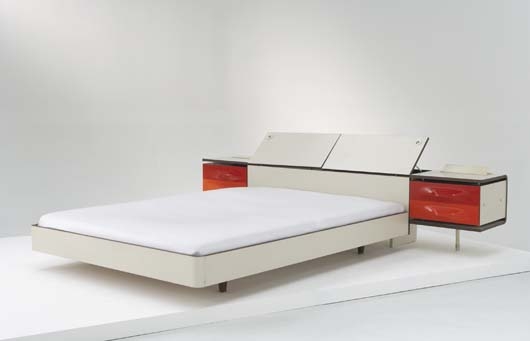 As a matter of separated twins coincidence, his brother Earl has a Loewy bed back in Flint. 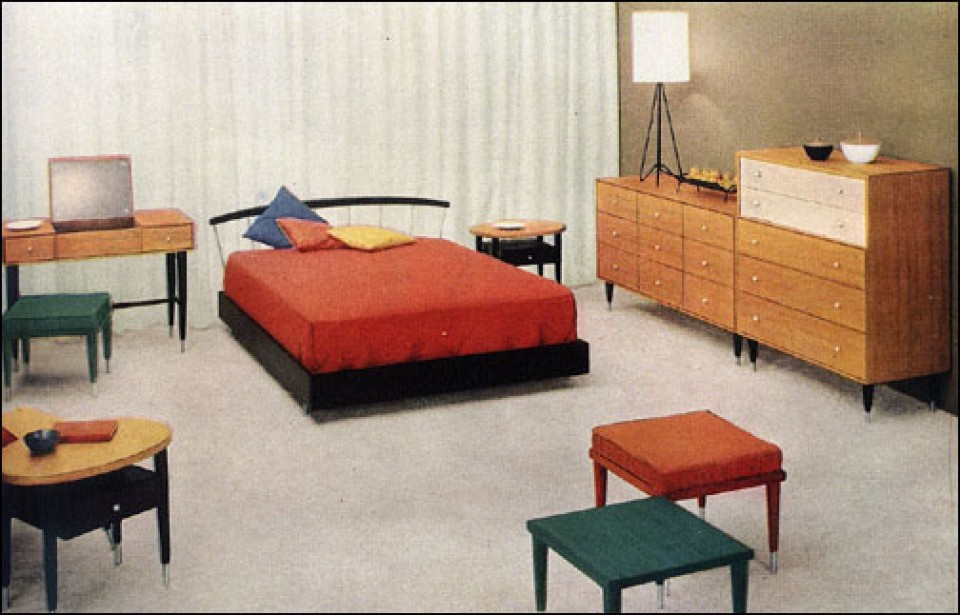 It’s not the DF-2000 that my friend is buying, but it’s pretty damned cool.

What does my friend think of the post?  He called Earl in and Earl looked at the draft post.  They answered in unison: 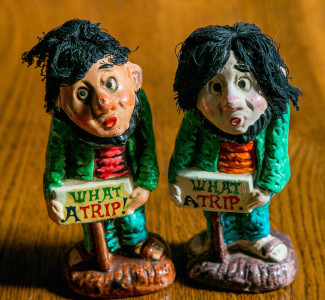