Eni Green has a Doggie Diner doxie head in her Harper Street driveway.  What could be better than that? 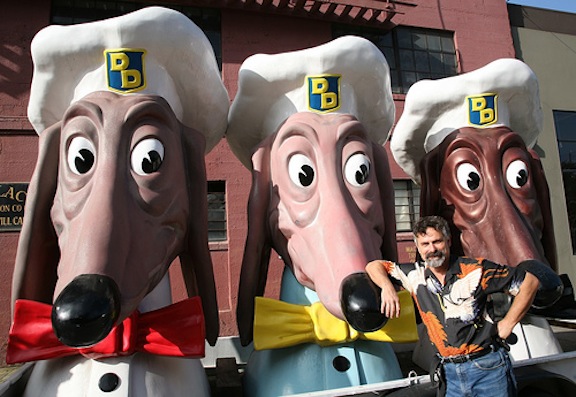 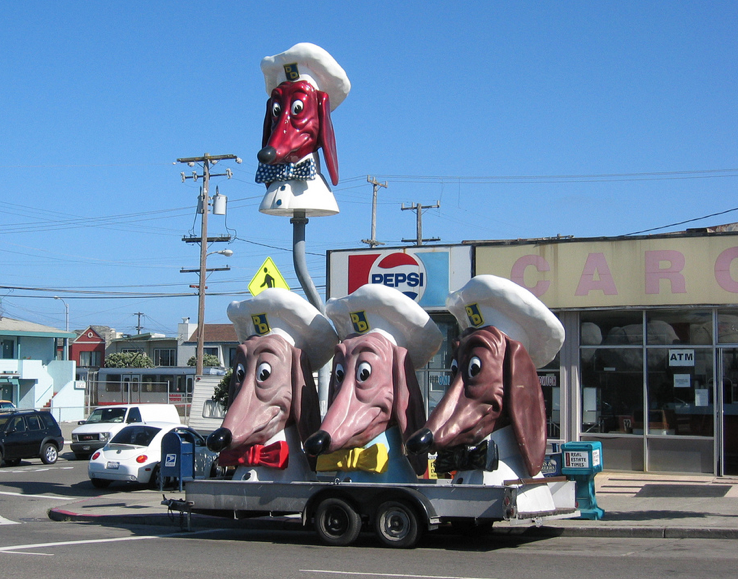 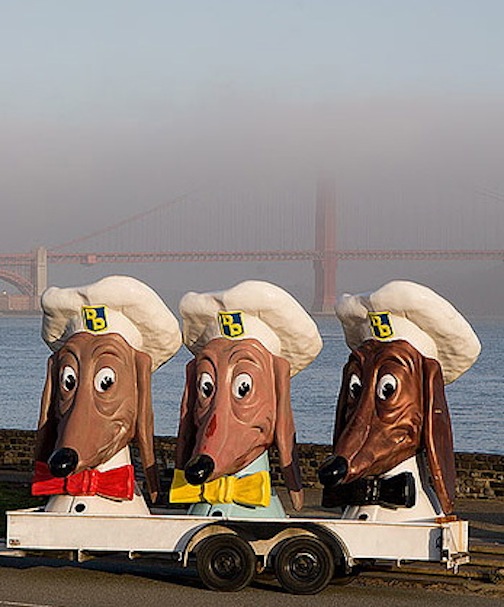 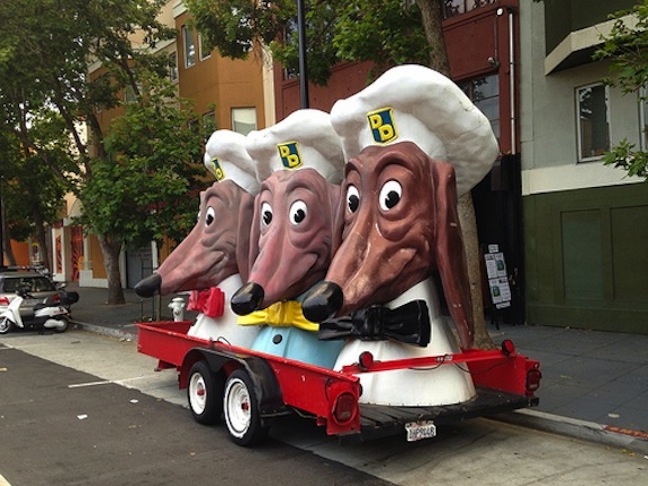 They travel!  John Storey takes most of the best photos for Quirky Berkeley.  He stumbled on the dogs on Treasure Island with only his iPhone in hand.  Not to worry 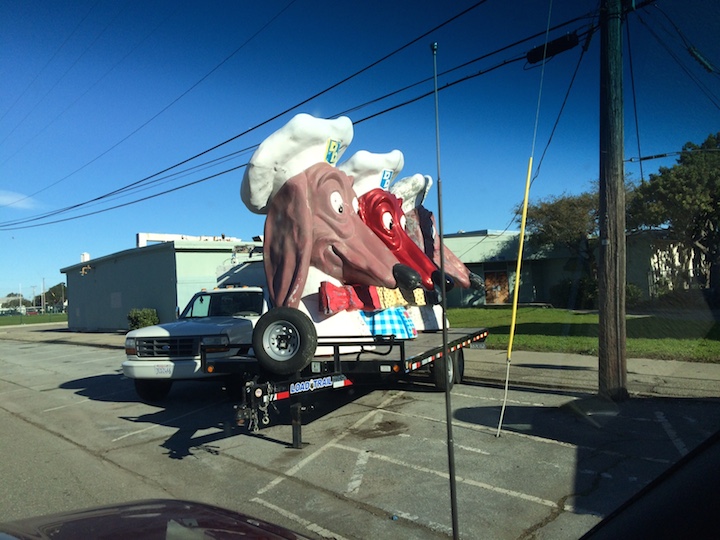 And – Kirk who keeps the Quirky Berkeley computer happy and productive told me the same day that John Storey sent me this photo that he had just seen the dogs at a makers’ faire.  Dogs everywhere!

Law is a neon contractor. 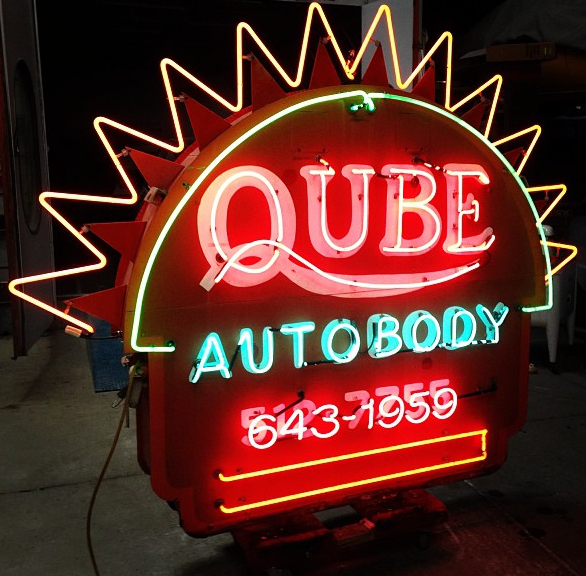 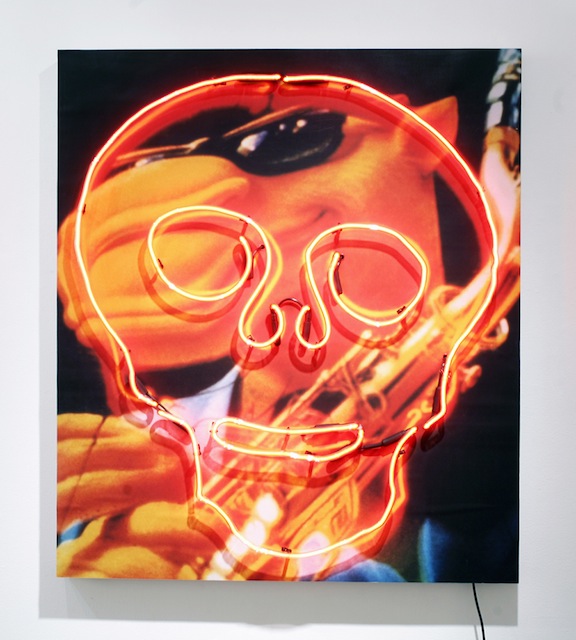 And a Burning Man guy.  And a St. Stupid’s Day parade guy.  And a Cacophony Society guy.  And a Billboard Liberation Front Guy. Far out, wonderful.  Lots more pictures of the Doggie Diner doxies here.

What could be better than three doggie diner heads?  Try this.  First, find Olek: 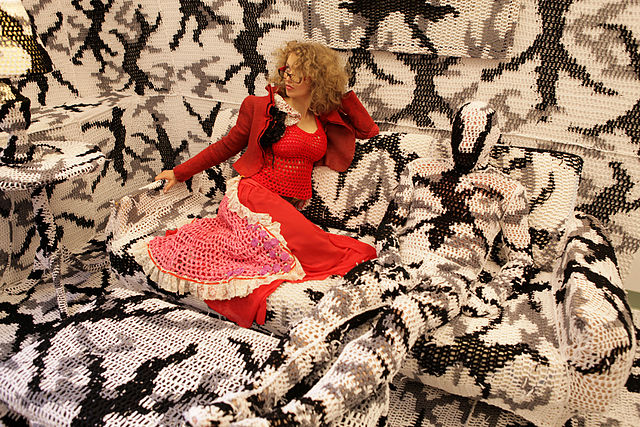 She is a Polish-born crochet installation artist living in the United States.  Her full name is Agata Oleksiak.  You can learn more at:

Second, introduce her to the three Doggie Diner doxie heads. 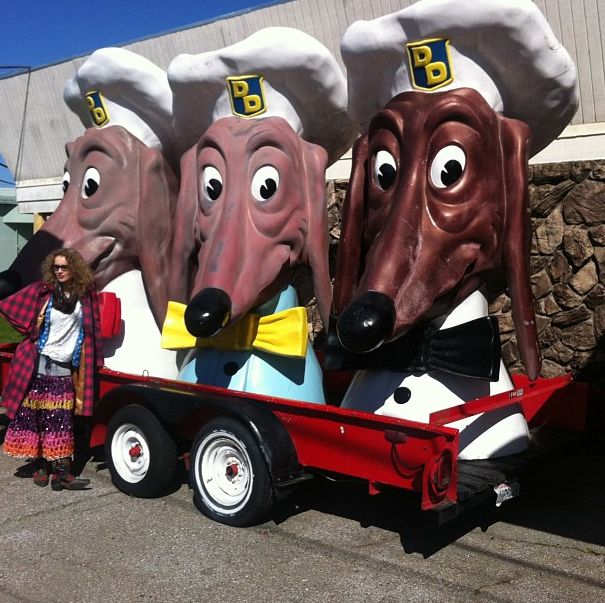 What could she possibly do with three Doggie Diner doxie heads? 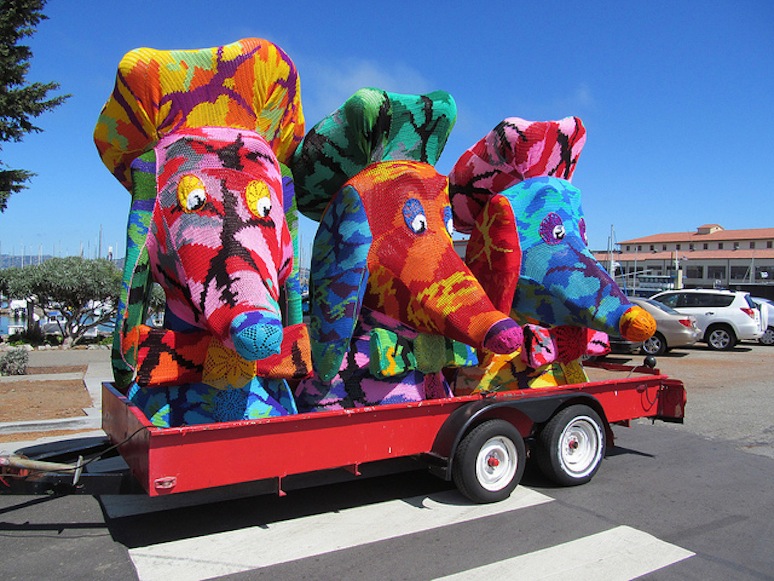 That’s what.  That is what crochet installation art looks like. 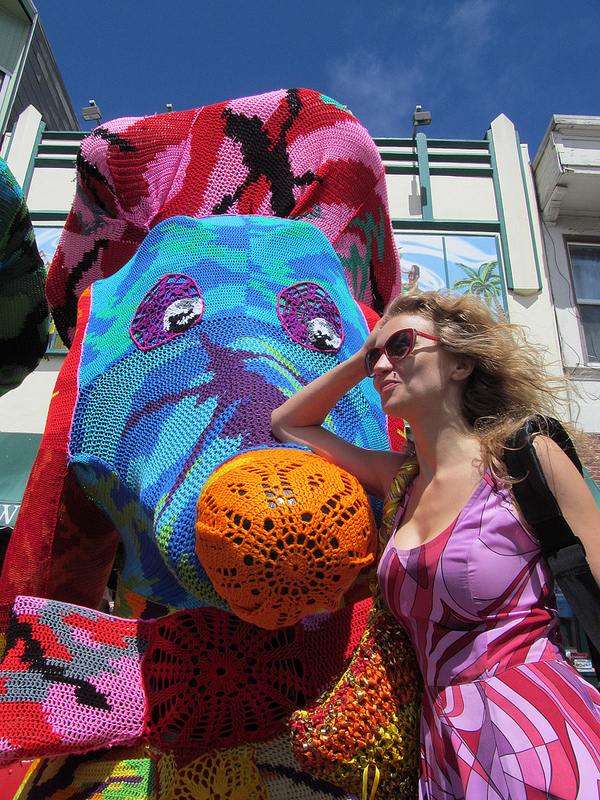 Can you say “quirky?”   Holy quirky mackerel.  This is quirky.  Or as they say in Polish, ekscentryczny.   At least that is the translation Google gives.  I don’t think that there is a perfect translation, so something that sounds like eccentric will have to do.  There are more photos of the crochet installation at: 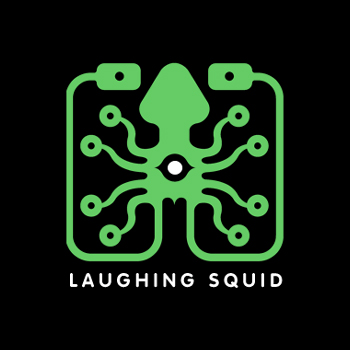 I called my friend in to see the photos. 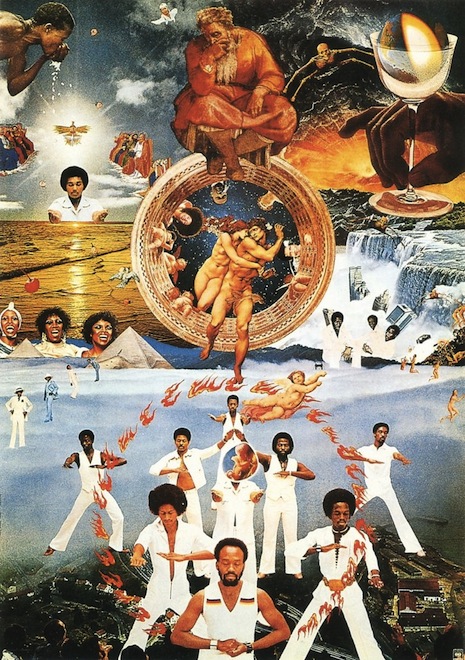 He was in something close to a trance, lost in the mysticism and psychedelia of this Earth, Wind and Fire poster by Tadanori Yokoo (横尾 忠則), listening to their “September.”   I showed him the Doggie Diner/Olek photos.  Given where his head was at the moment, he didn’t pay much attention to the shots of just the three heads. 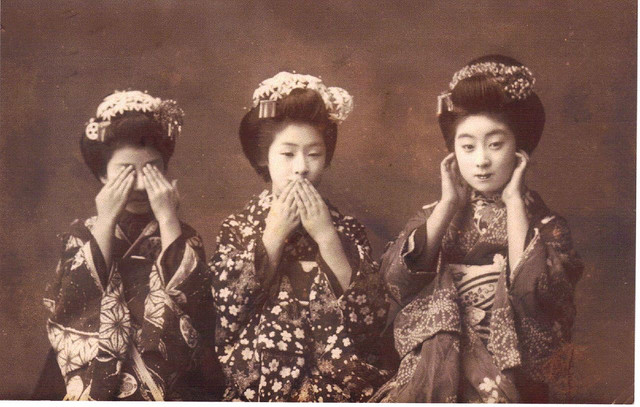 He nonchalantly flipped me this postcard that he had on his desk.  Okay, point taken. But he perked up when he saw the photo of Olek, and raved when he saw the crochet installation.  “Sister can install!”   What about the whole thing?