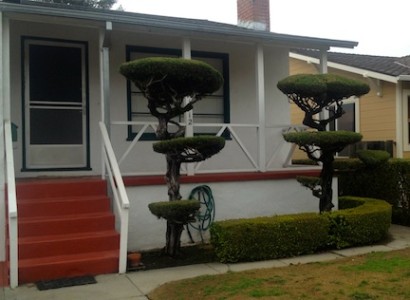 Topiary is generally a garden art form of the staid, the establishment.  For that reason, when I started my Quirky Berkeley walking in 2012 I was determined to inventory, photograph, and present all topiary in Berkeley.  My thought was that the conventional is unconventional-slash-quirky in Berkeley.  The world upside-down. 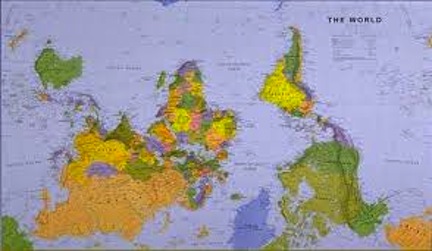 As was the case with some of my other Original Intentions, such as non-Doric columns and prickly pear cactus and banana trees, I cut my losses and ran.  Too many.  Not as quirky as I thought.  A good run beats a bad stand.

But then there are the truly quirky topiaries.  I couldn’t really ignore them, could I?  Such as this, on Arlington (and – please – pay attention – it is not The Arlington – it is just Arlington): 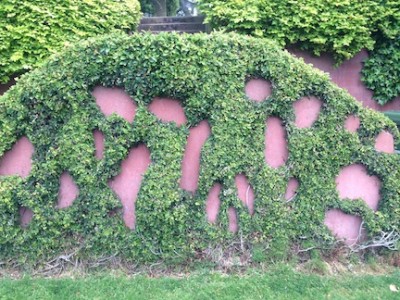 Quirky, no?  On top of this, I have found and/or been shown six other undeniably quirky topiaries.   What to do?  Are six enough?   I was stuck.  I didn’t know.  I asked for a legal opinion.  I got it.  I agree.  Six are enough.  An then I found more.  So here are what I have so far.

First, close to my house, just below Live Oak Park, near the Hog Farm compound, is this giraffe: 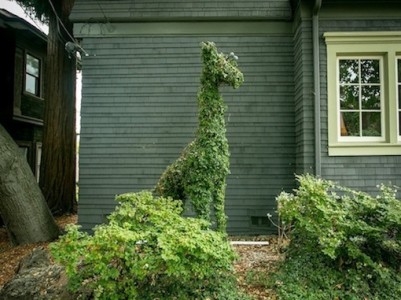 On Milvia just north of Rose: 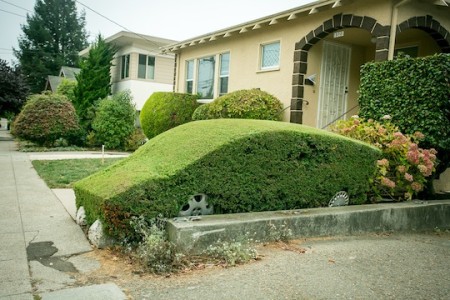 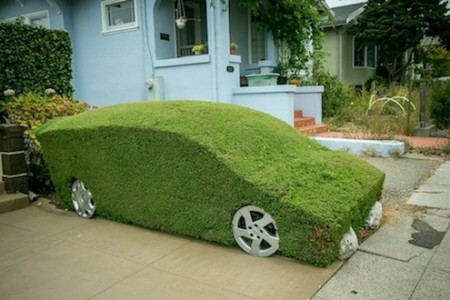 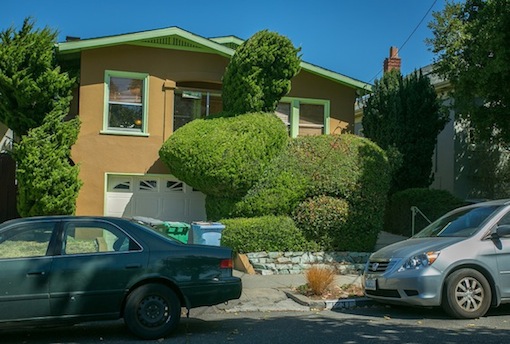 And the Carleton Street squirrel: 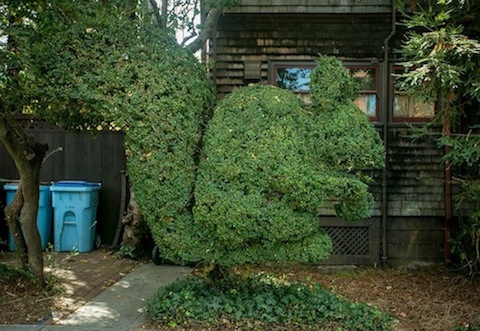 And the most recently discovered – this tired horse right in front of my nose, on Sacramento near North Berkeley BART: 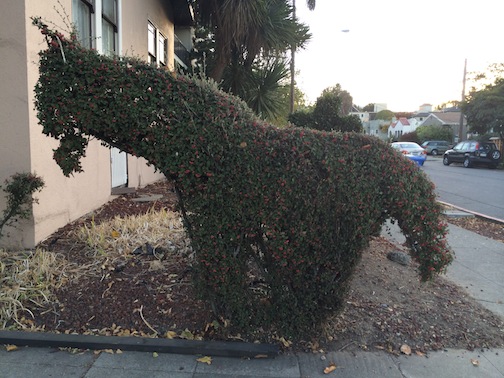 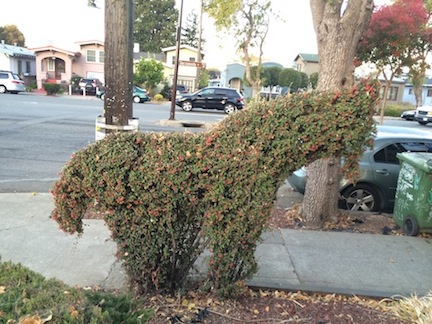 Even more bedraggled are two topiaries on Glen just north of Eunice, what appear to be a Scotty and a teddy bear.  Past their prime, but wonderful. 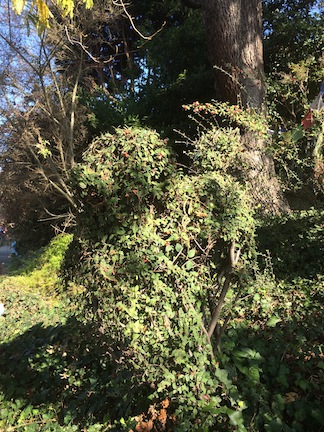 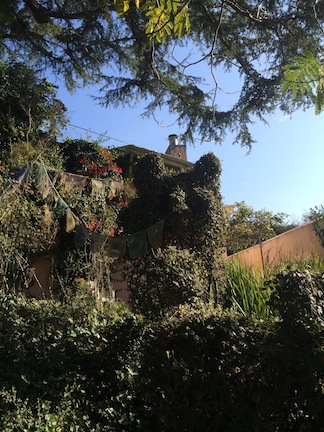 I missed two great topiaries on Peralta.  As you see in the comment section below, Nina Z. steered me to 1326 Peralta where Len Kamp has made a great giraffe and even trickier elephant. 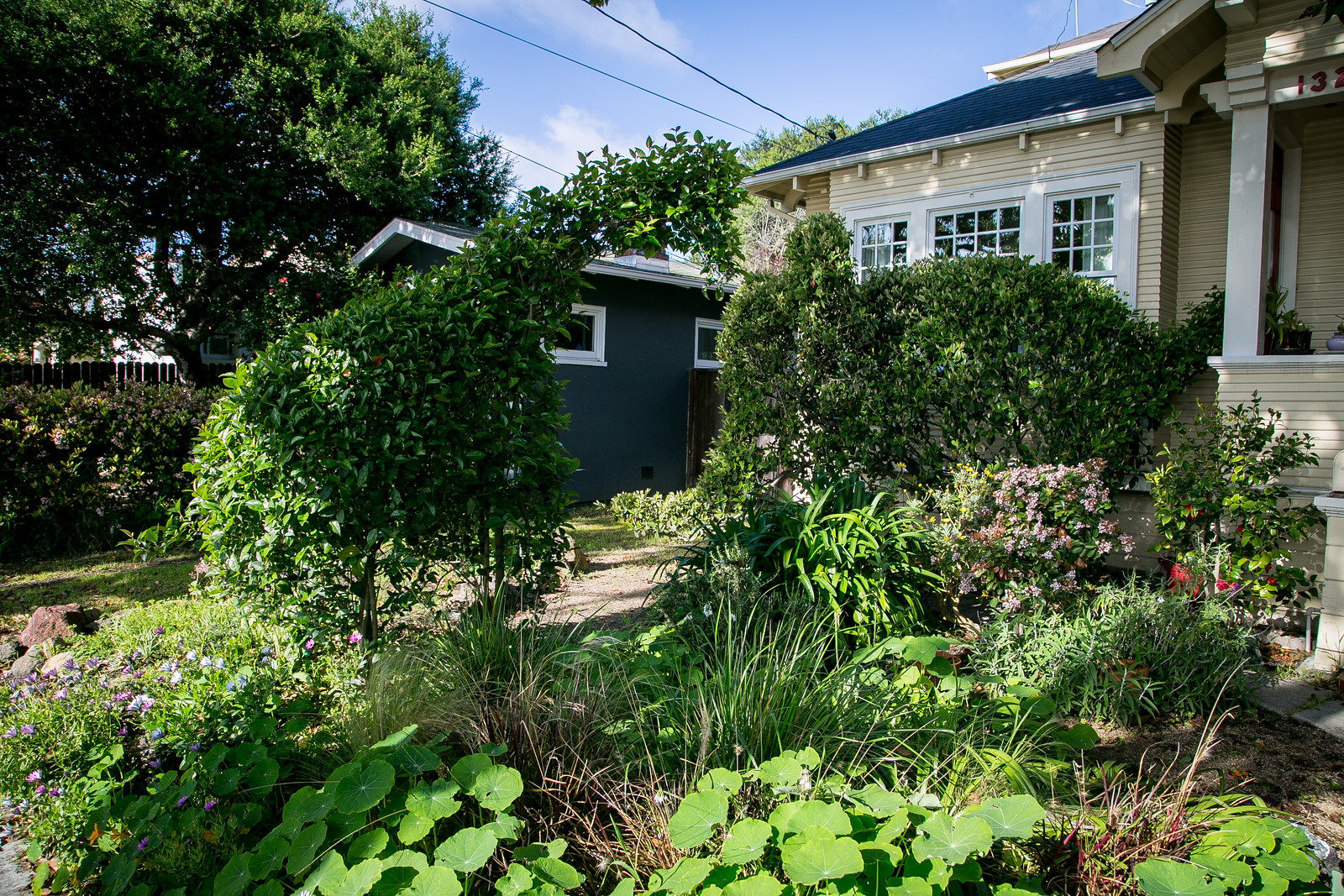 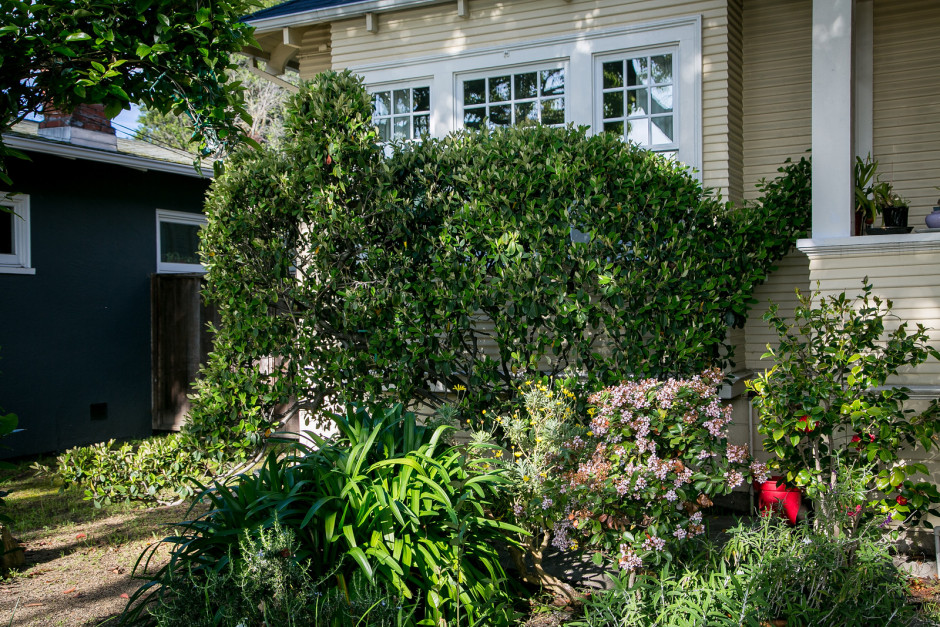 And, finally – on campus.  On the front lawn of University House, the official residence of the Berkeley chancellor, there is a topiary clock, gifted to the University from the University of Geneva. 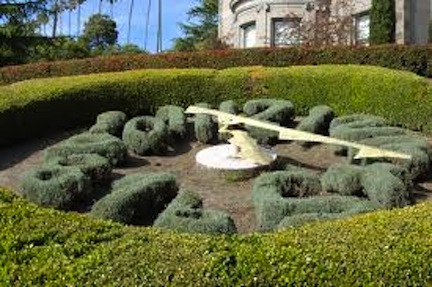 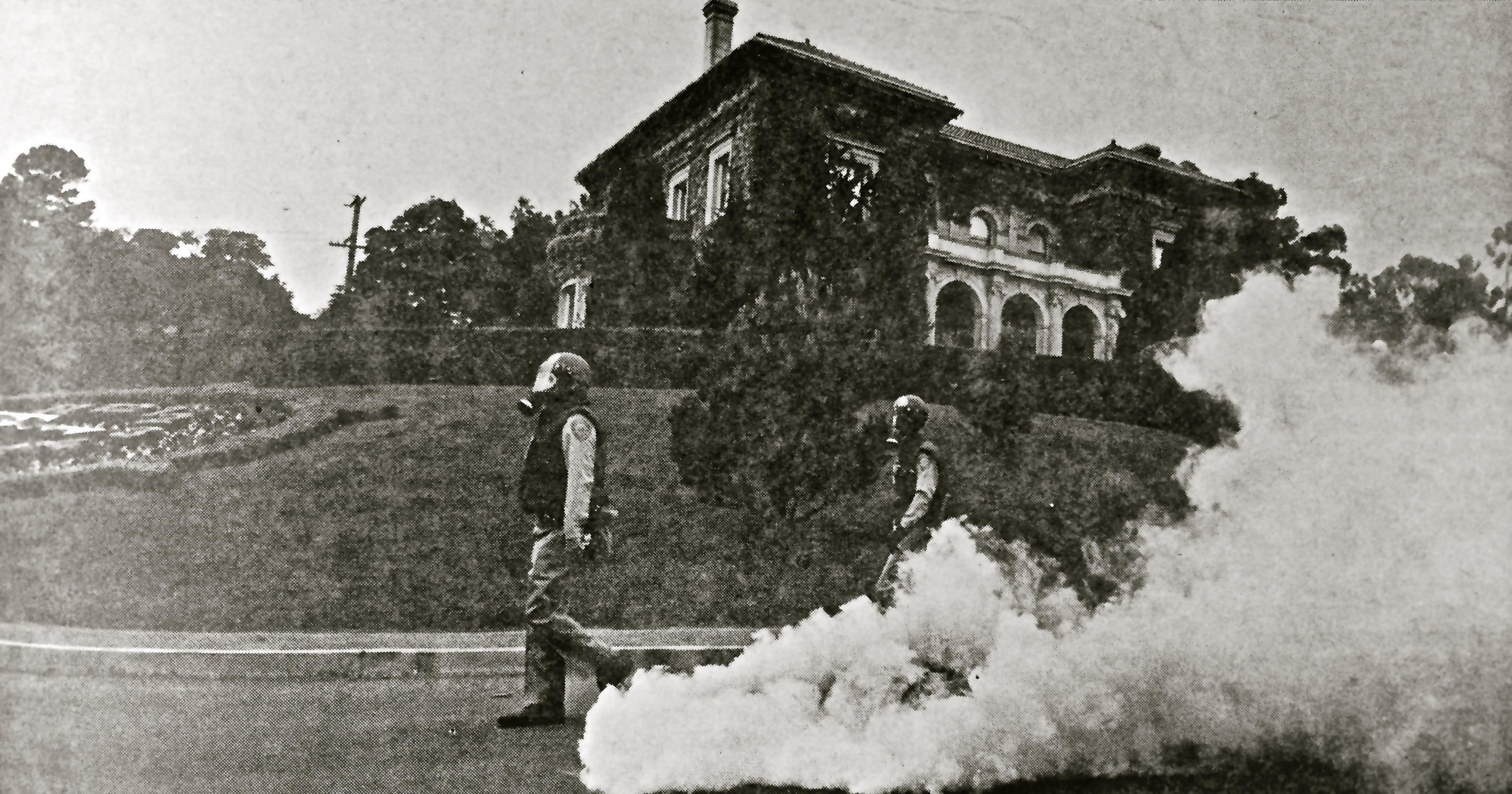 When I asked my friend about these photos, he recoiled.  This is what he thought of: 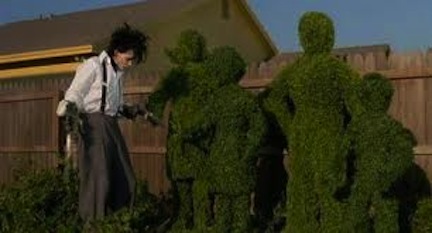 This movie really freaked him out.  I assured him that no scissorhands were involved in any shape or fashion or form in these topiaries.  With that assurance, he looked at the photos and opined: