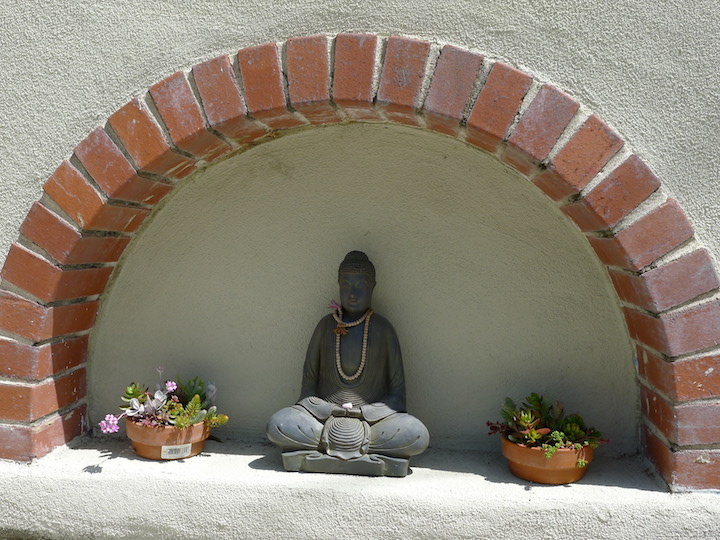 Let me be VERY clear about what I am not saying.

These statistics notwithstanding, there is a lot of Buddhist iconography in our front yards.   It seems when I am out on my Famous Exploratory Walks that you can’t go more than a few minutes without coming across a Buddha or a Guanyin or komainu lion dogs or little cast concrete spirit houses let alone the tattered Buddhist prayer flags, which were originally used in healing ceremonies in Nepal in the Bon religious tradition.  The flags were unknown in other branches of Buddhism, but you wouldn’t know that from Berkeley.

The Buddhism iconography is not quirky, but its ubiquitous presence in Berkeley adds to the quirky fabric of our Great City.  Is that a distinction without a difference?  Is my assertion logically fallacious?  I think not. 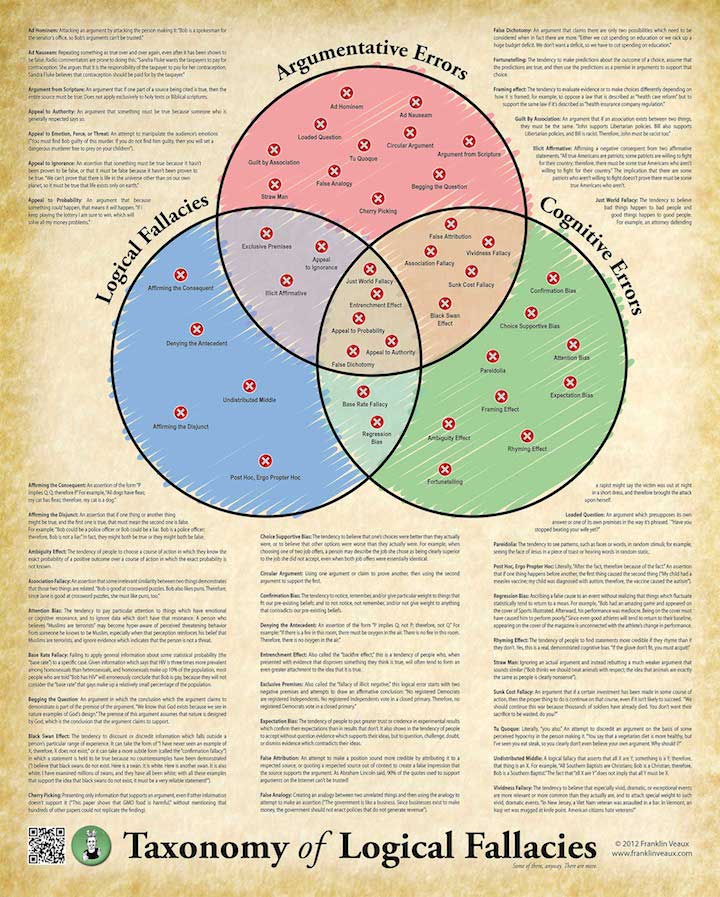 So here are some of our best Buddhas. You understand at this point, I trust, that I am NOT saying that Buddhist iconography is quirky: 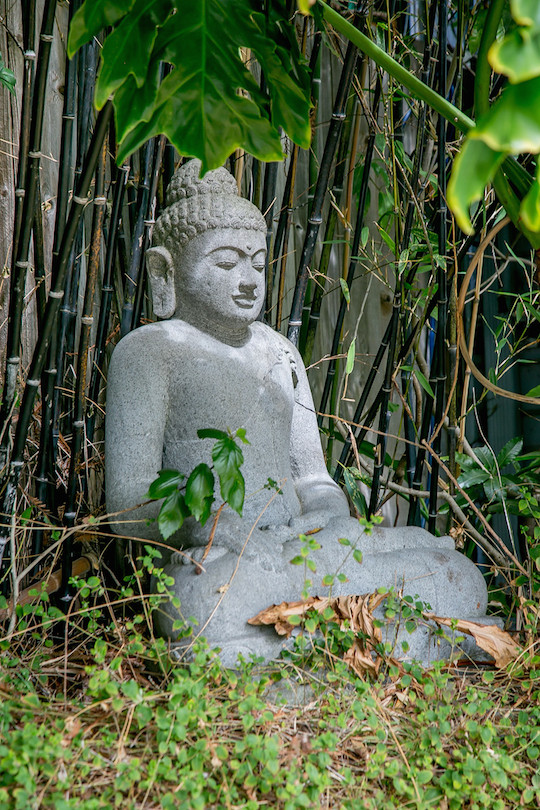 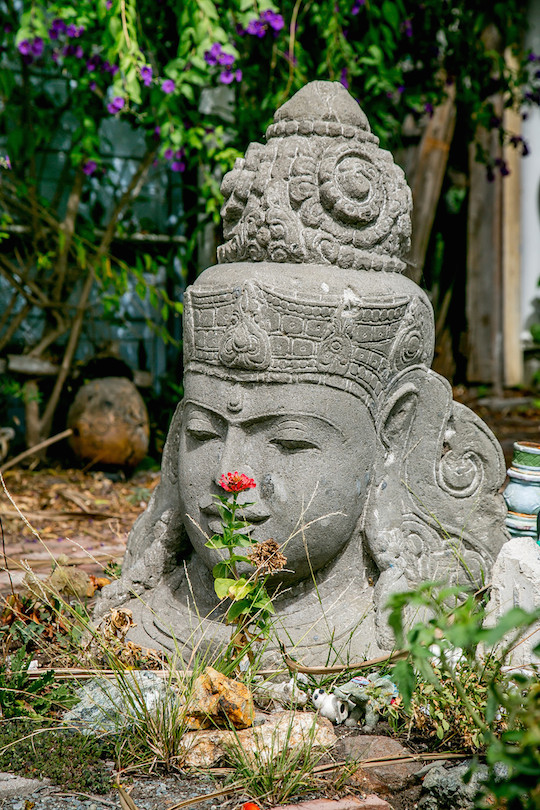 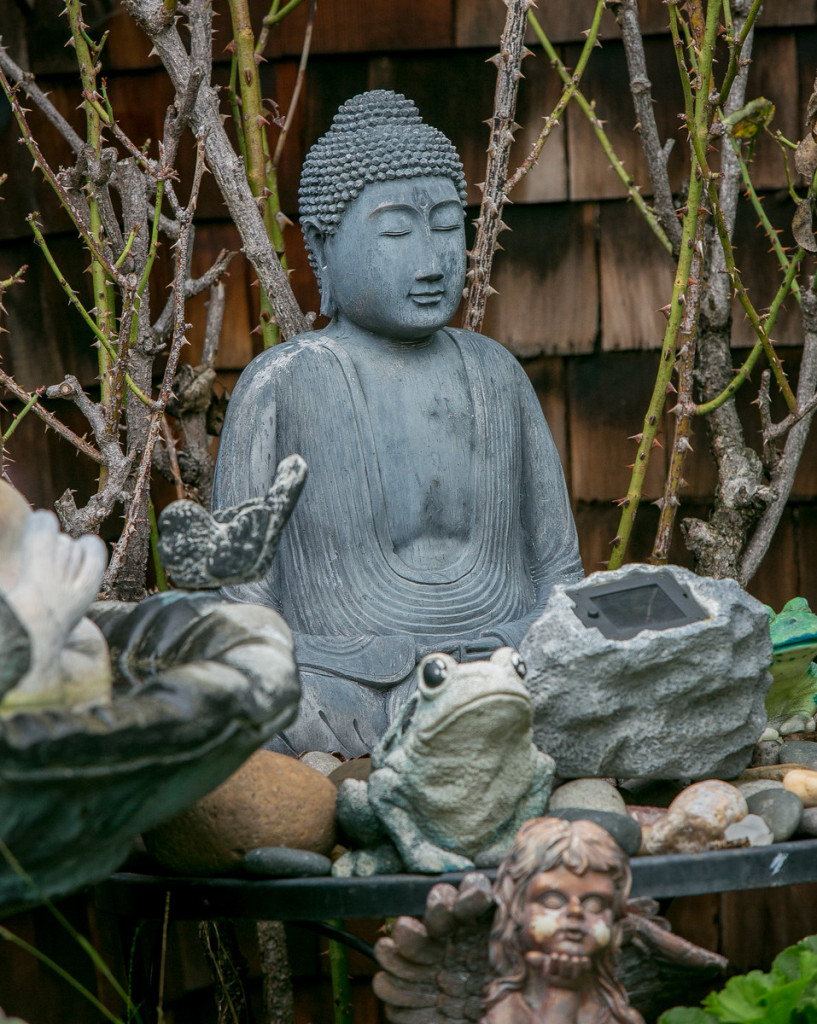 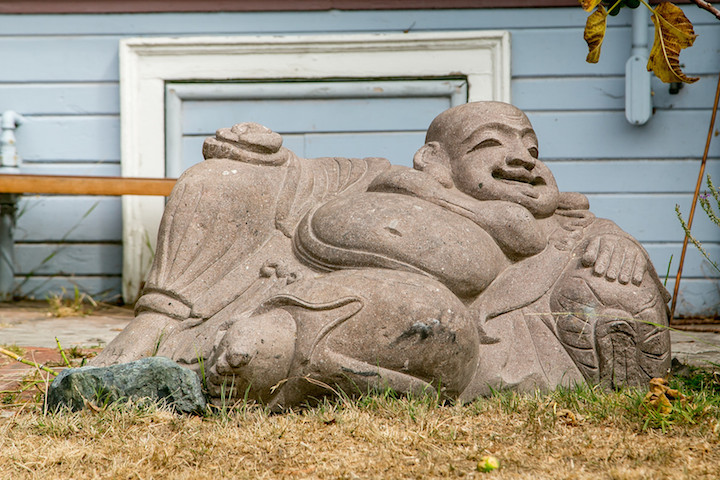 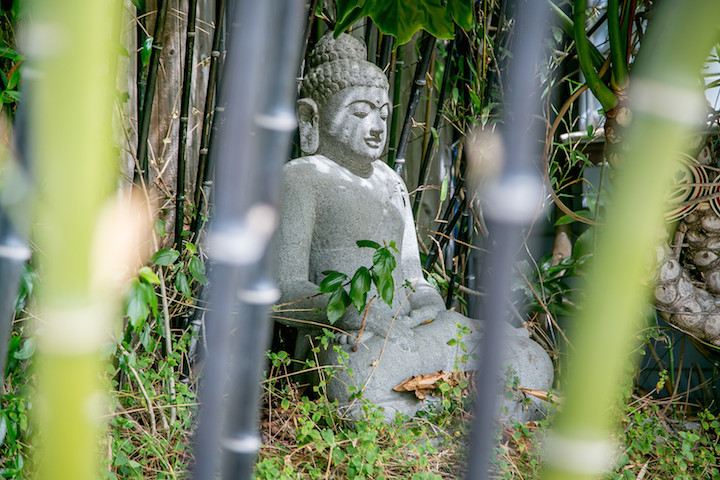 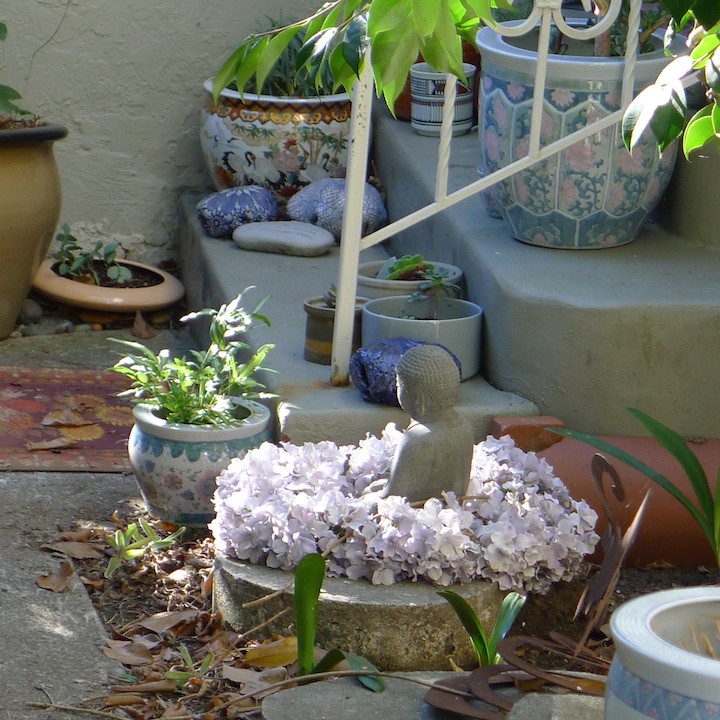 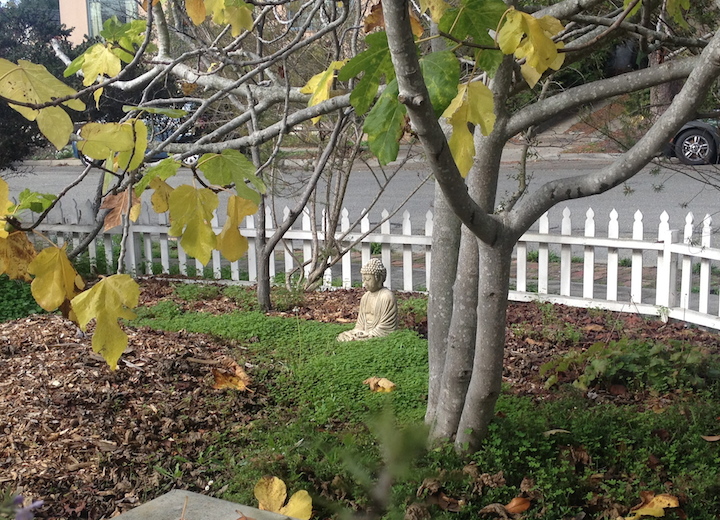 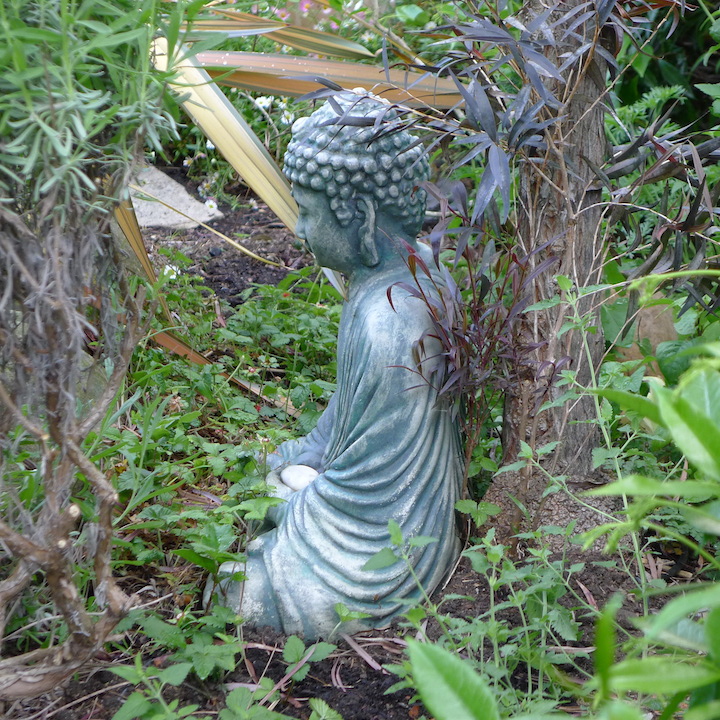 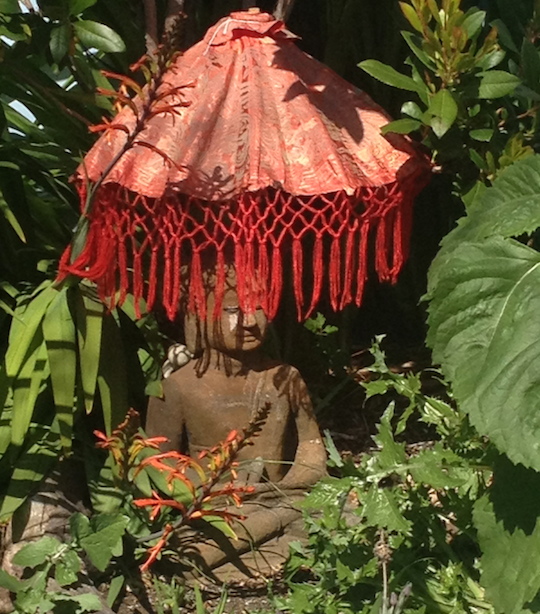 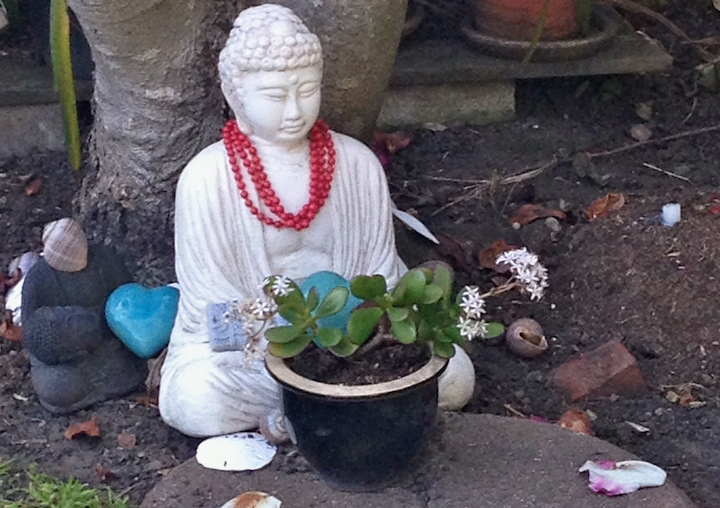 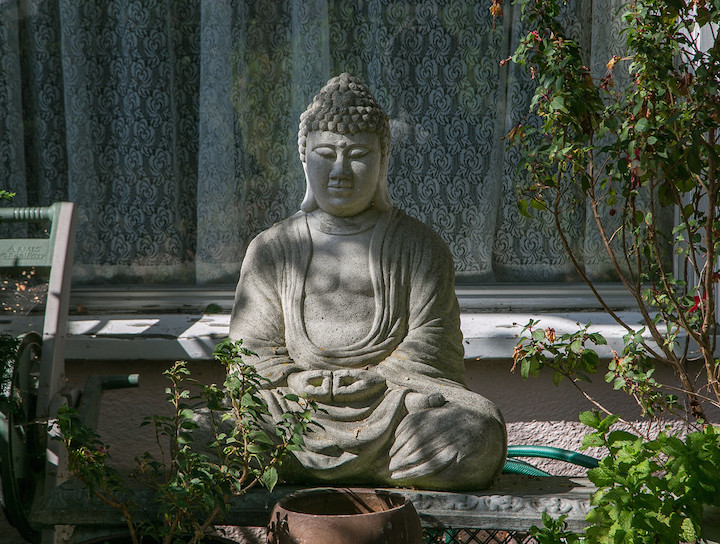 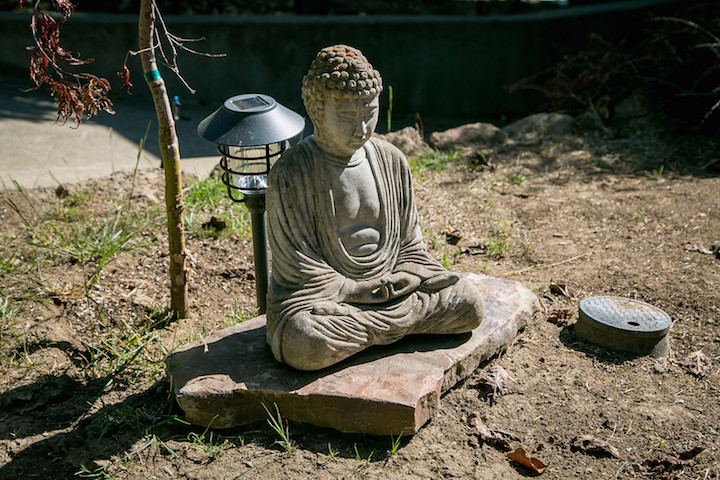 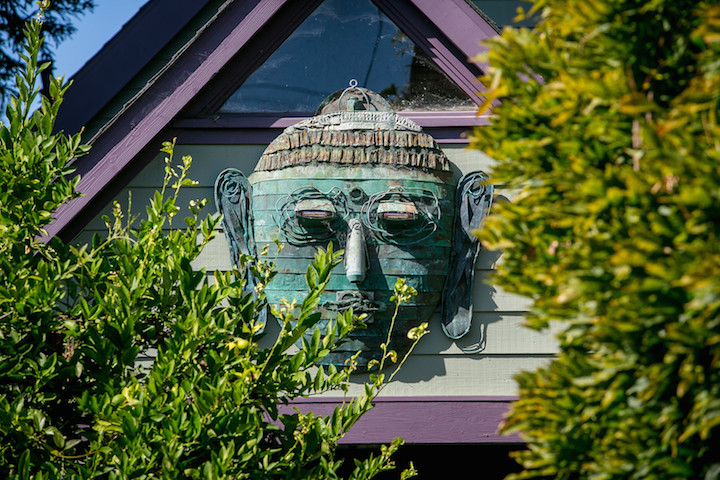 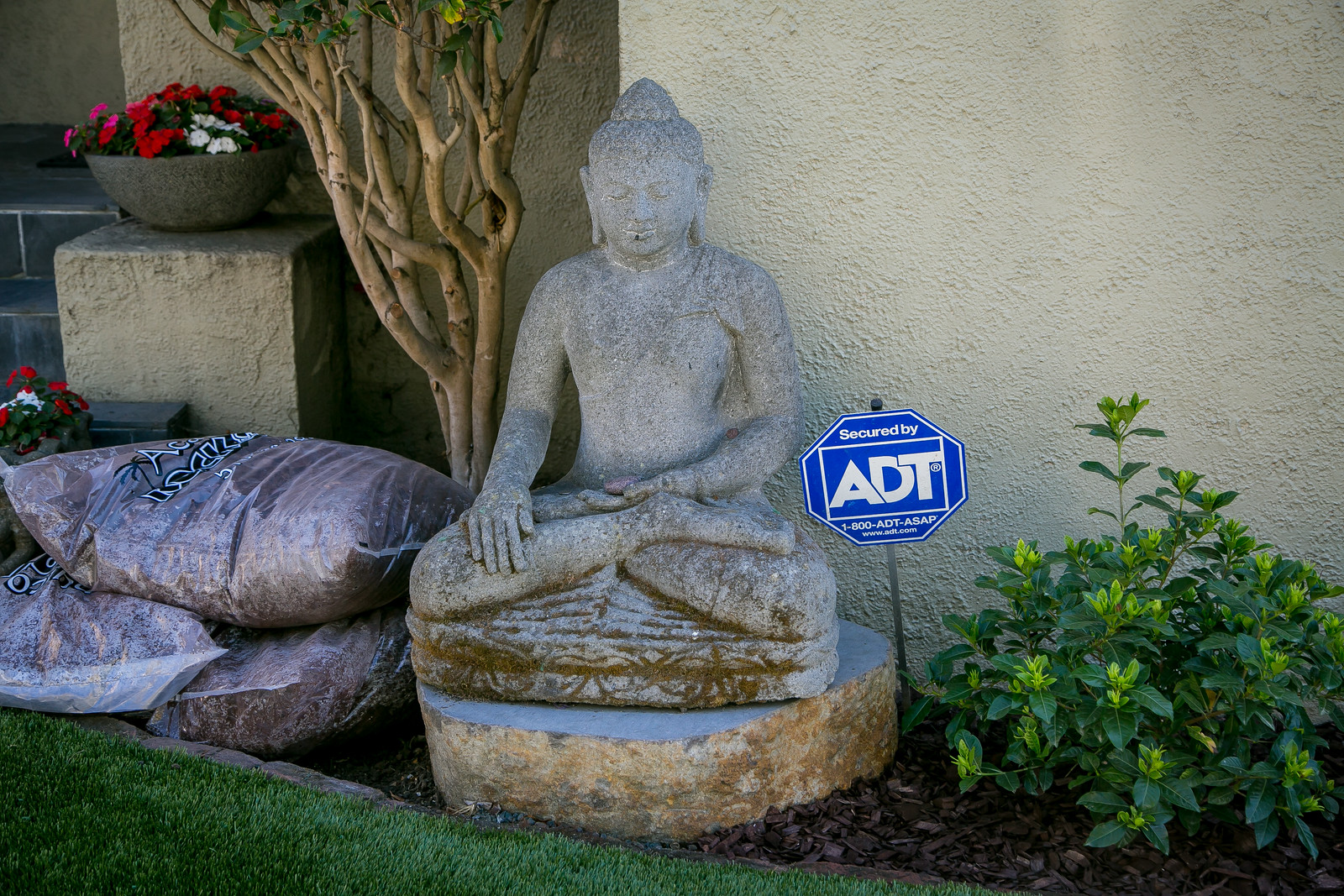 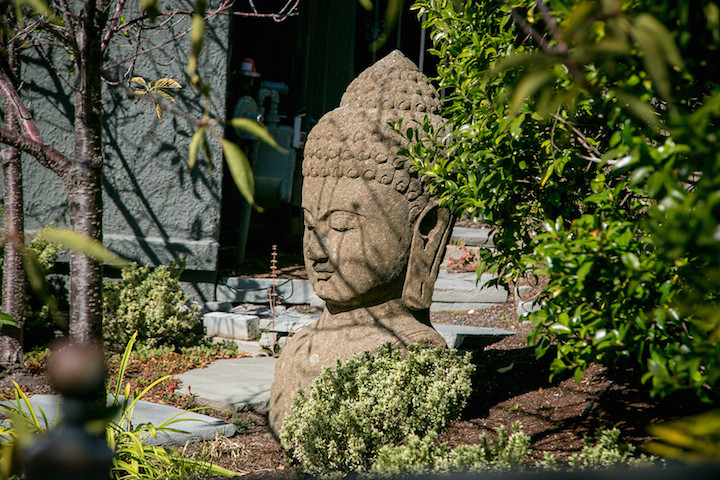 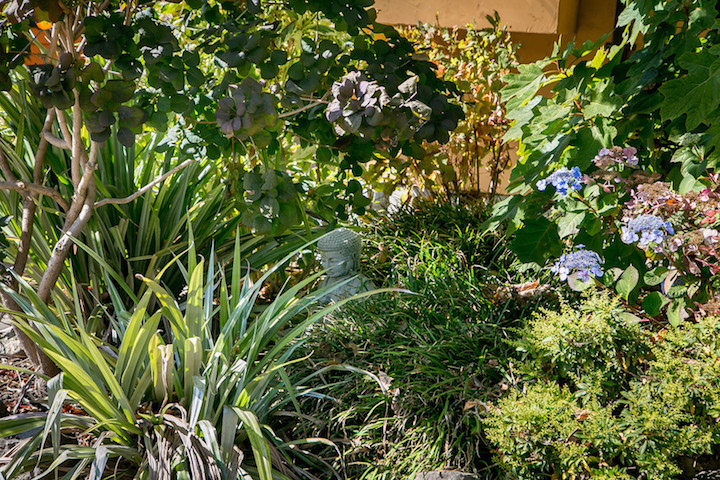 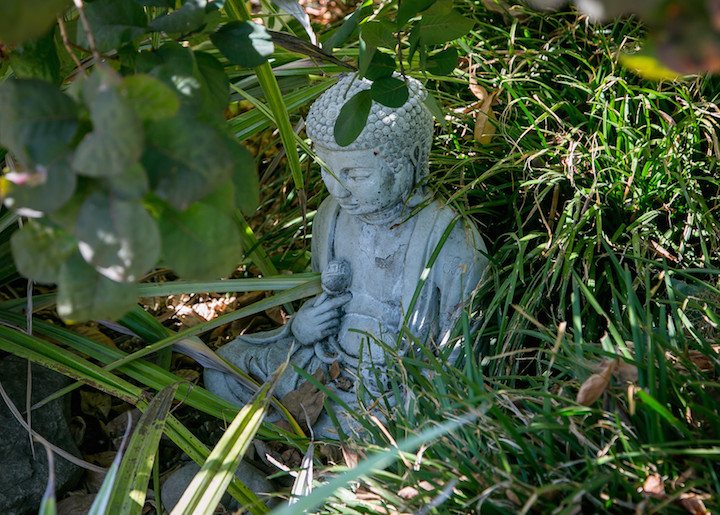 In closing – these three sidewalk graffiti are found at Hillegass and Parker: 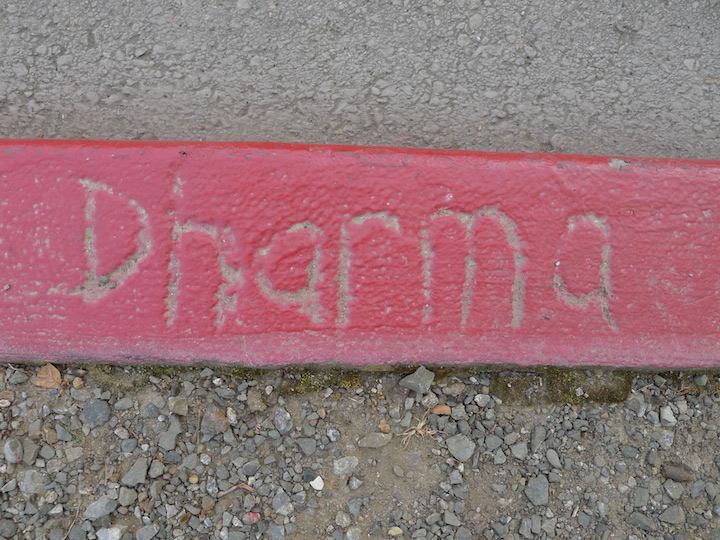 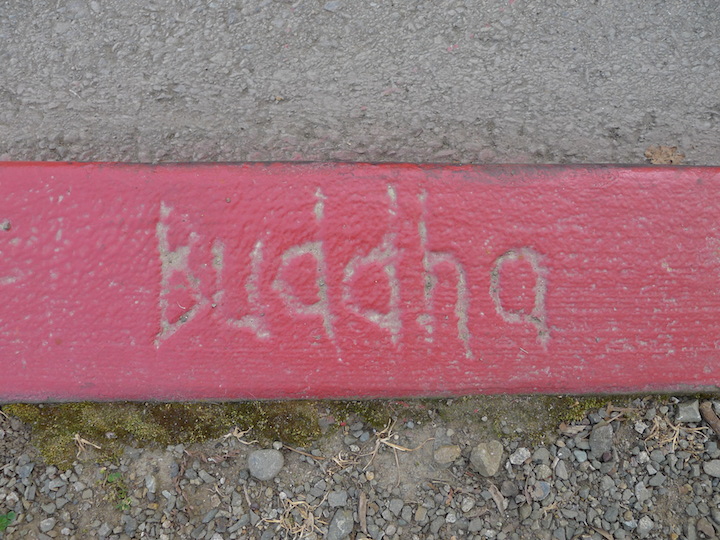 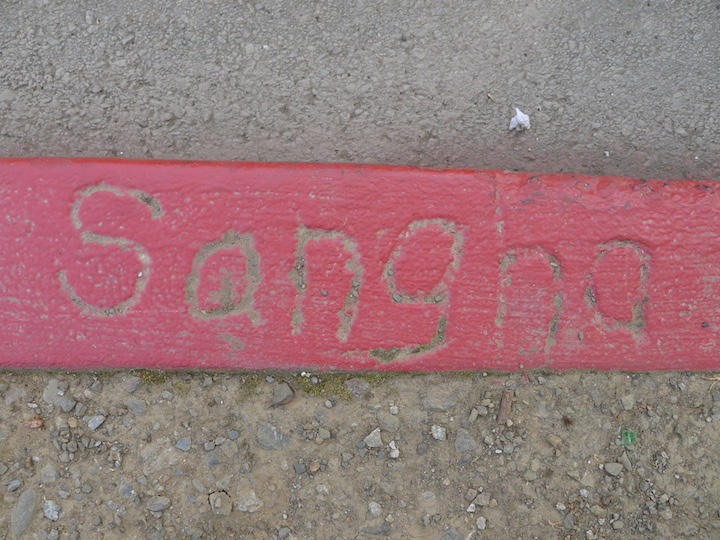 How many times have I said, “This is not all about me”?  Yes, many times. Most often said when I launch into a digression that is in fact all about me.  I am not about to do that now, but I am about to include a photo of Buddha and me. Life is an illusion! 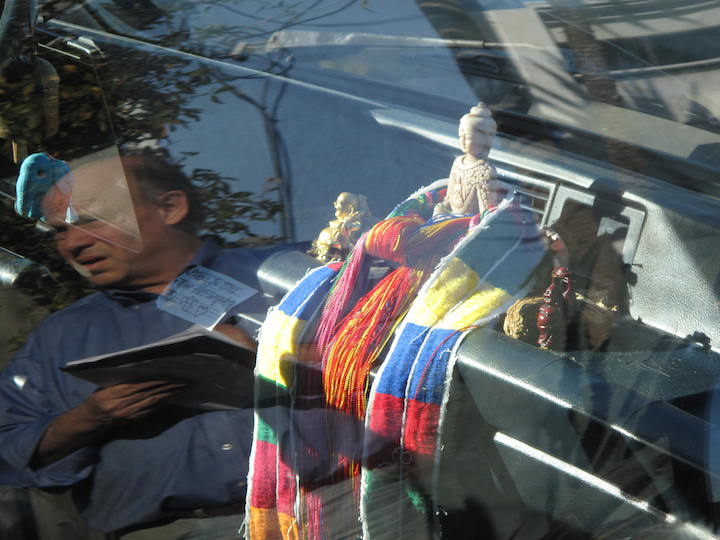 I showed the Buddha photos to my friend. He was writing a long letter to the one who sent him away.  He would almost certainly never send it to her but that’s not the point.  He was happy to take a break from the letter and his melancholy and “Pet Sounds” which was the soundtrack of his sense of loss – and look at Buddha. What did he think? In response, he pulled out a photo from our 2006 trip to Cambodia. 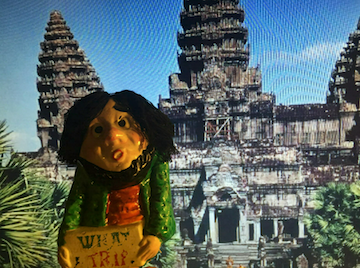 One Response to (Some of) Berkeley’s Best Buddhas