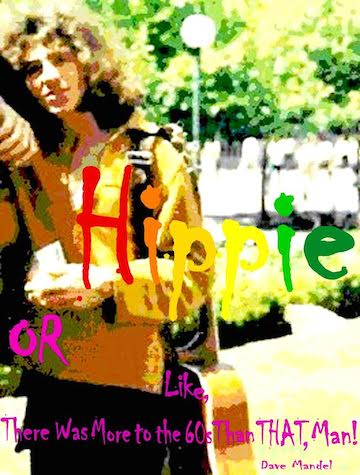 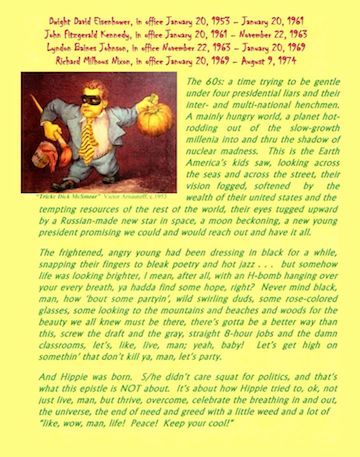 For the most part, I stay in the present tense here. I dabble in the past, but my mission’s focus is the present.

And I don’t advertise. More than not monetizing, I usually don’t point to a product or service. 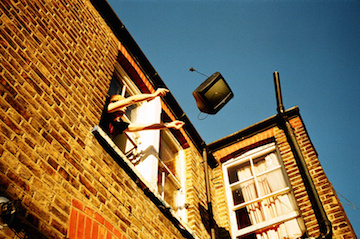 Let’s take those two general rules and throw them out the window.  Dave Mandel’s little book Hippie, Or, Like, There Was More to the 60s Than THAT, Man! is the reason that those rules went out the window. Fear not – no monetizing here.  It’s a great book, that’s all.  No money has changed hands!

Mandel grew up in and around Berkeley, son of Bill Mandel.  Bill Mandel was an early and important figure on KPFA. A Sovietologist, he was summoned to appear before HUAC in San Francisco in 1960. 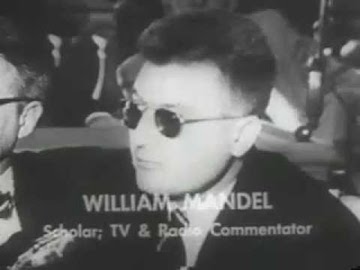 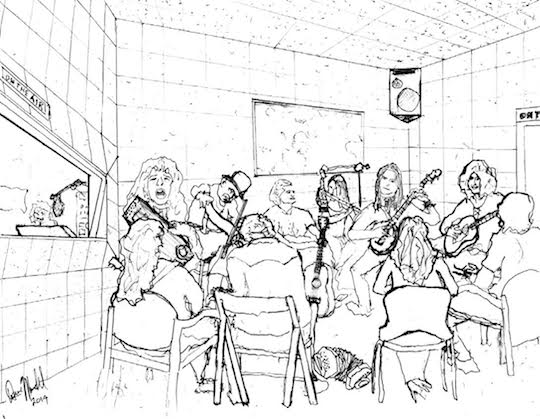 Dave Mandel came of age in the early 1960s, before the shit got real in Berkeley, in the twilight of Berkeley’s place in the sun of folk music and Bohemia.  In this drawing from the book, Mandel depicts a live event on KPFA’s “Midnight Special” folk music show in the early 1960s.

Mandel was drawn to the folk music and generally Bohemian scene on Telegraph Avenue. 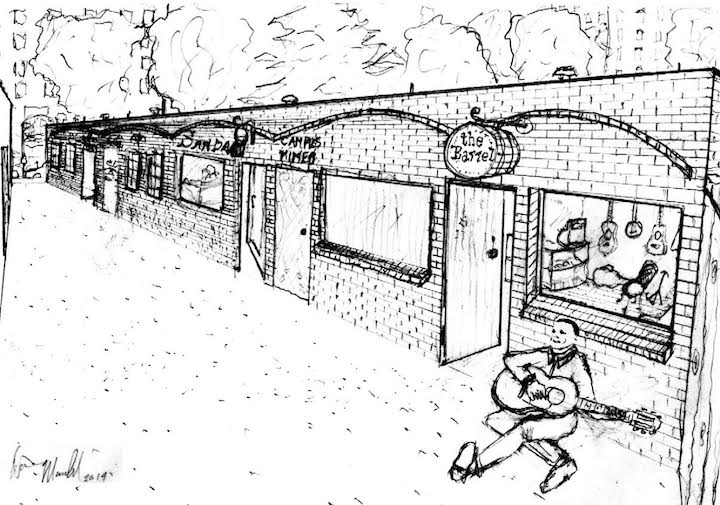 He studied guitar with Barry Olivier.  Olivier organized the Berkeley Folk Music Festival starting in 1958 and had a small shop “The Barrel” in the alley running south off Haste just east of Telegraph, behind today’s Amoeba Records. 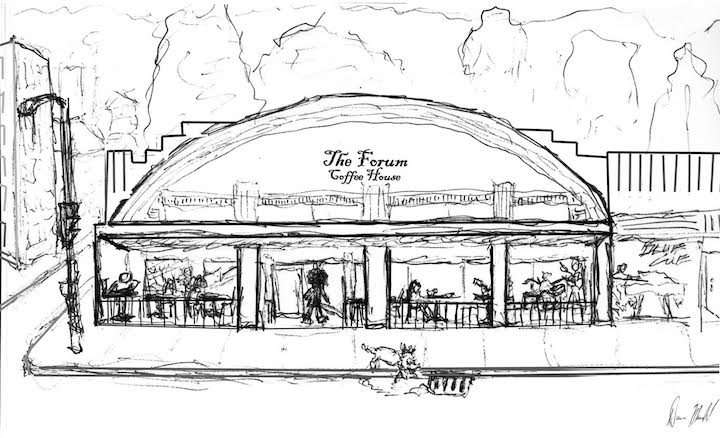 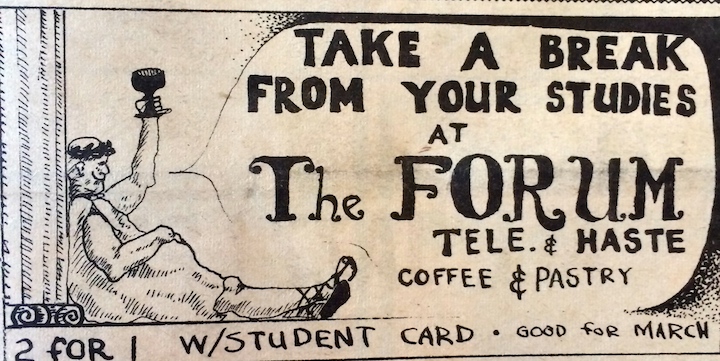 The Espresso Forum at Haste and Telegraph was one of the epicenters of folk/Bohemian life on Telegraph Avenue. Mandel was a regular. 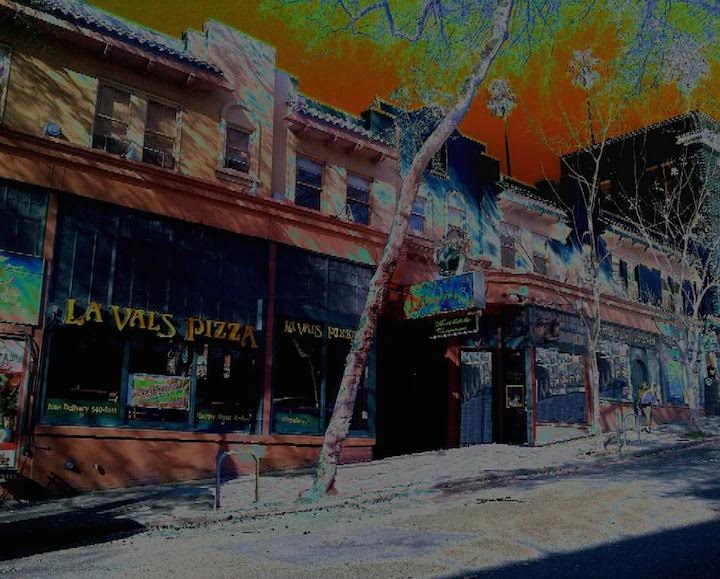 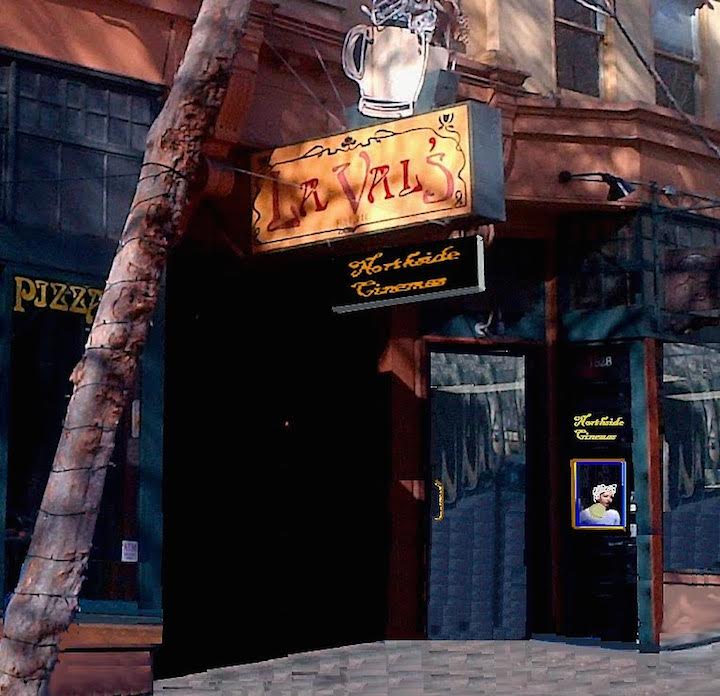 While most of the cultural life was on Telegraph, the north side was still vibrant and the one block of Euclid north of Hearst boasted an espresso shop, the original Cody’s paperbacks, La Val’s, and the Northside Cinema.

In Hippie, Mandel takes us back to the last days of Berkeley innocence, and then chronicles the end of innocence, the shift from Bohemia to hippie, from folk to rock, from peace to war. 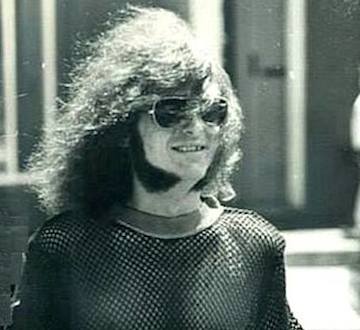 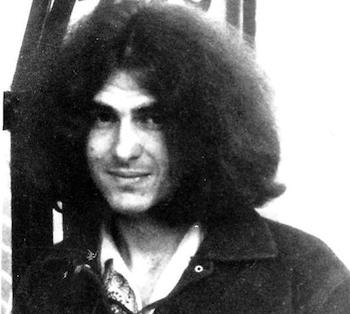 Mandel left Berkeley in 1968 and spent several draft-resisting years in the White North (Canada). He tells us about that.  And the hippie scene in San Francisco. And what it was like to come from here then.

To order an eBook version or print directly, go to 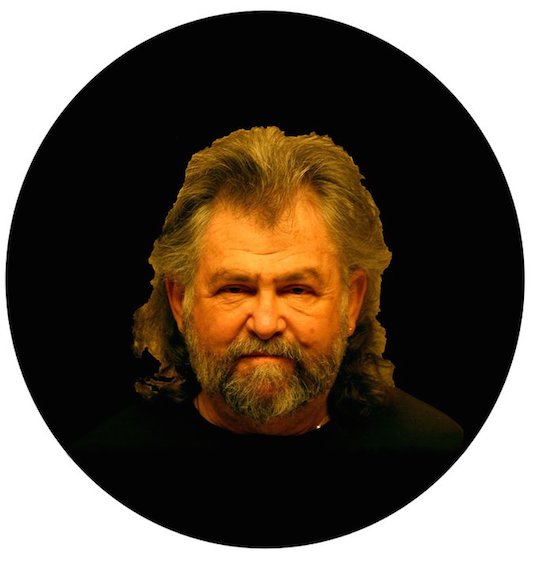 My friend knows Dave Mandel. He claims to have sat in on folk jams with Mandel in Toronto. Who knows.  I showed him the book.  His verdict?