I repeat an earlier claim – I don’t use the term “kitsch,” and I don’t refer to something as “low-brow” or “garish.”  Who am i to judge?  Well, I judge what is quirky, but that’s different.  I avoid put-down words.

Berkeley is a natural kind of place. 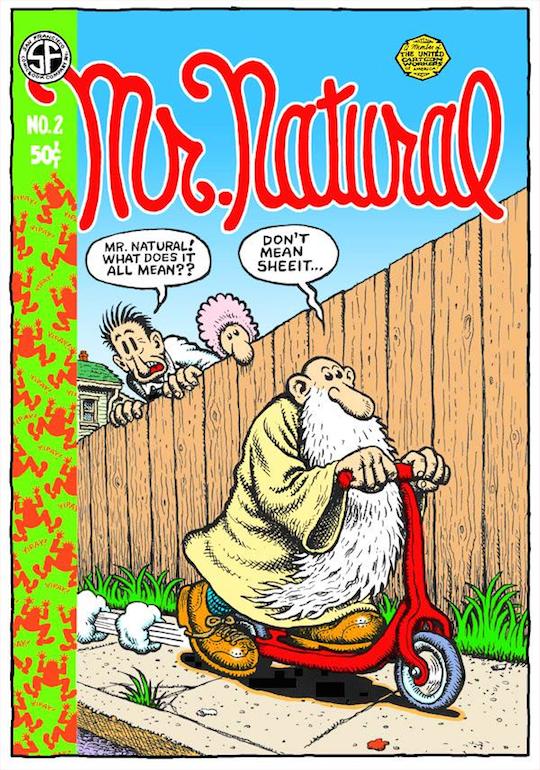 We pride ourselves in our aversion to artifice.  We value the pure, the organic, the whole.  Which is what makes the use of artificial flowers as lawn and house decorations of great interest to the quirky-seeking eye.  If natural is the norm, artificial is quirky.  Or at least so my reasoning goes.

I salute the Berkeley residents whose use artificial flowers  – imitations of natural flowering plants for primarily residential decoration.  Here some of you are – be proud! 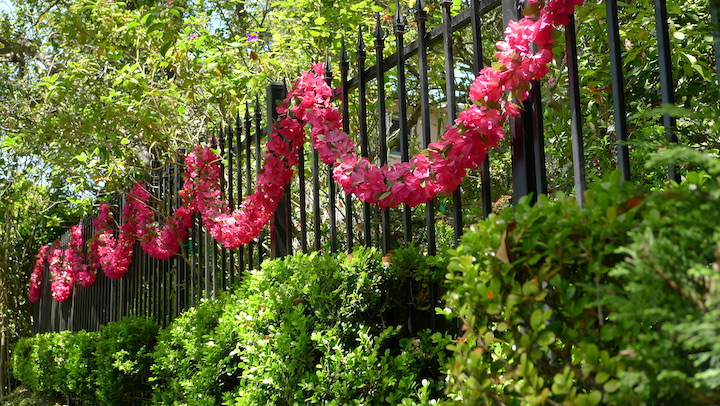 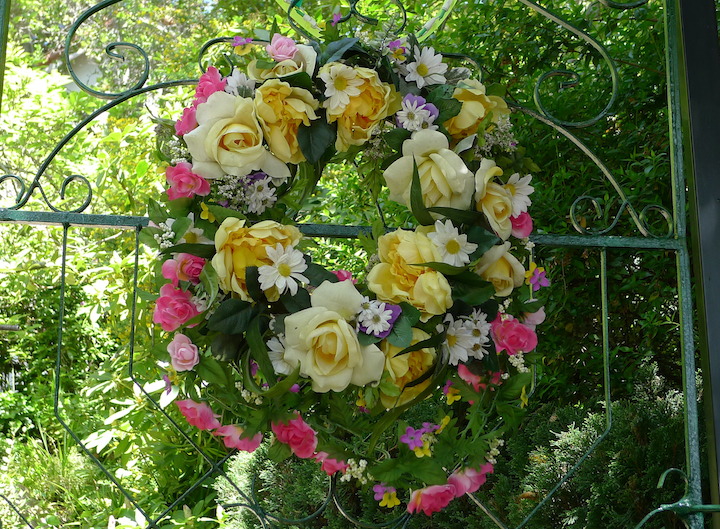 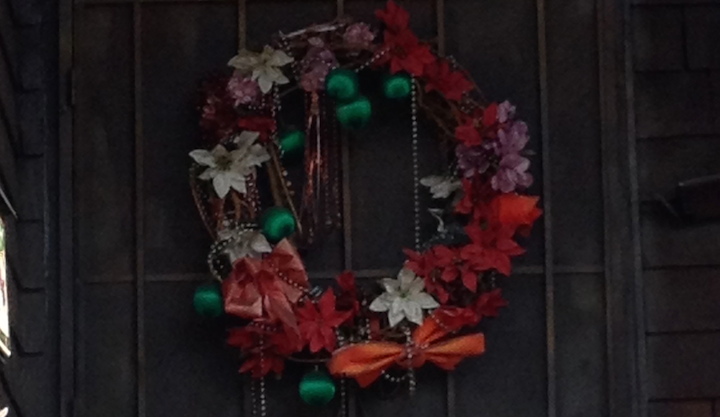 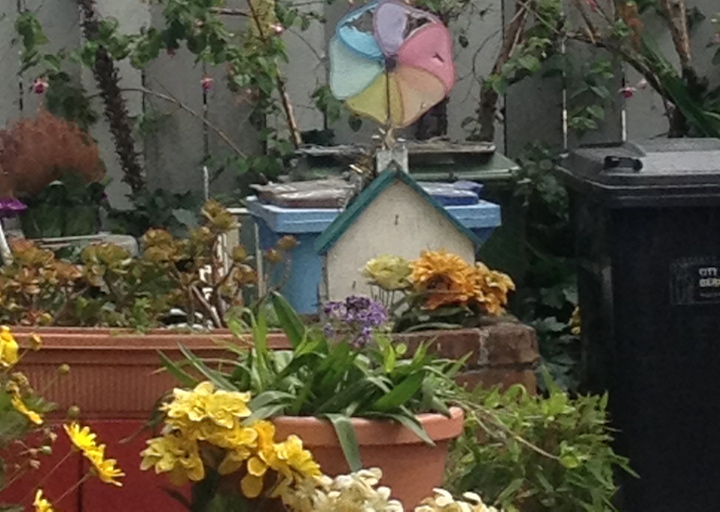 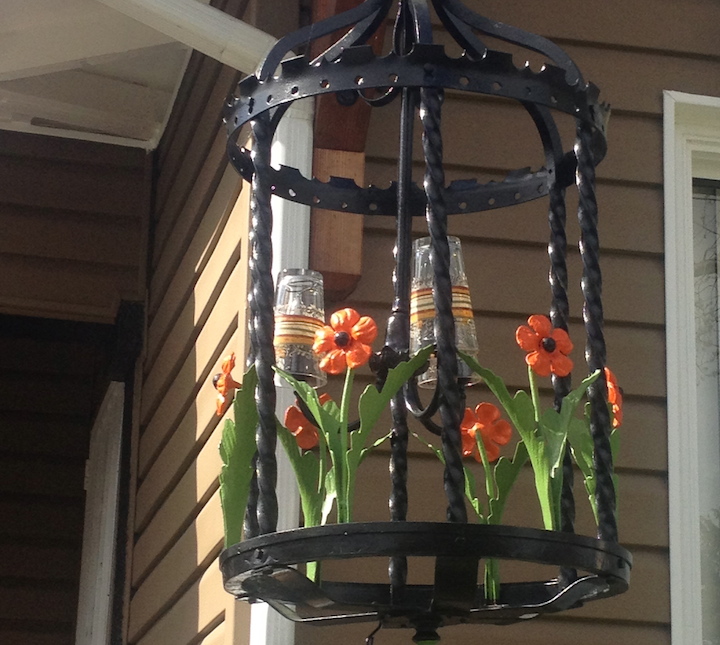 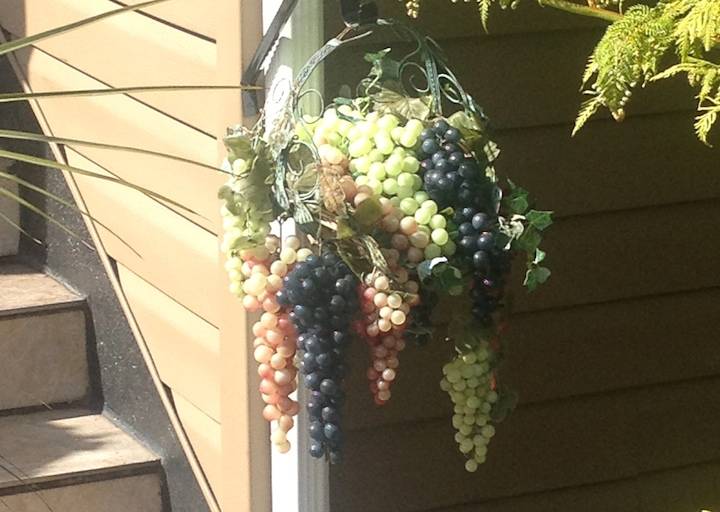 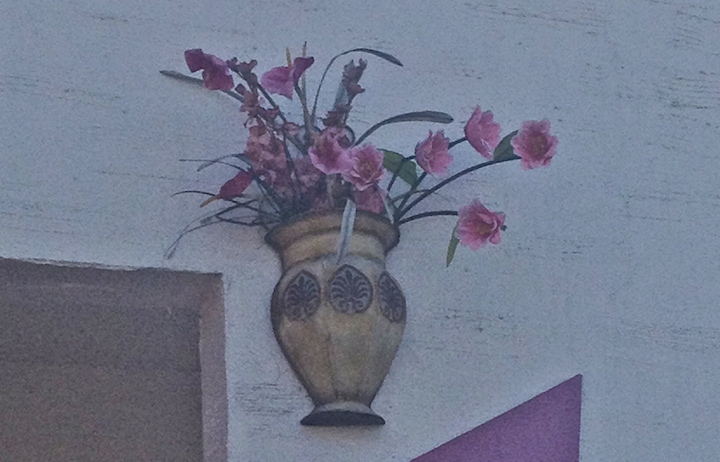 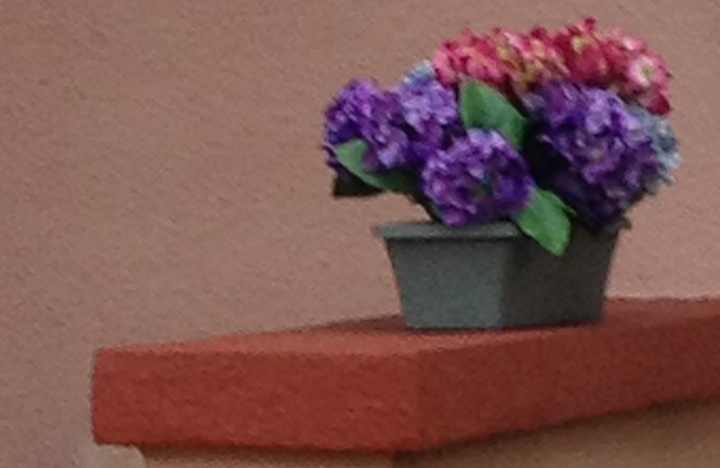 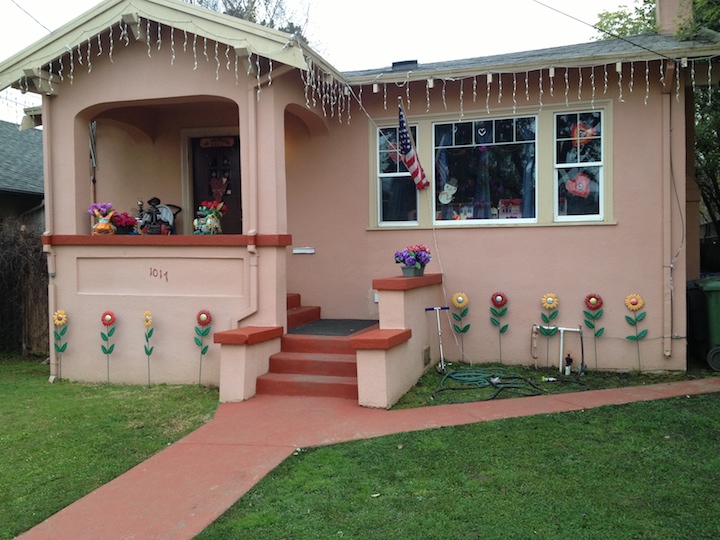 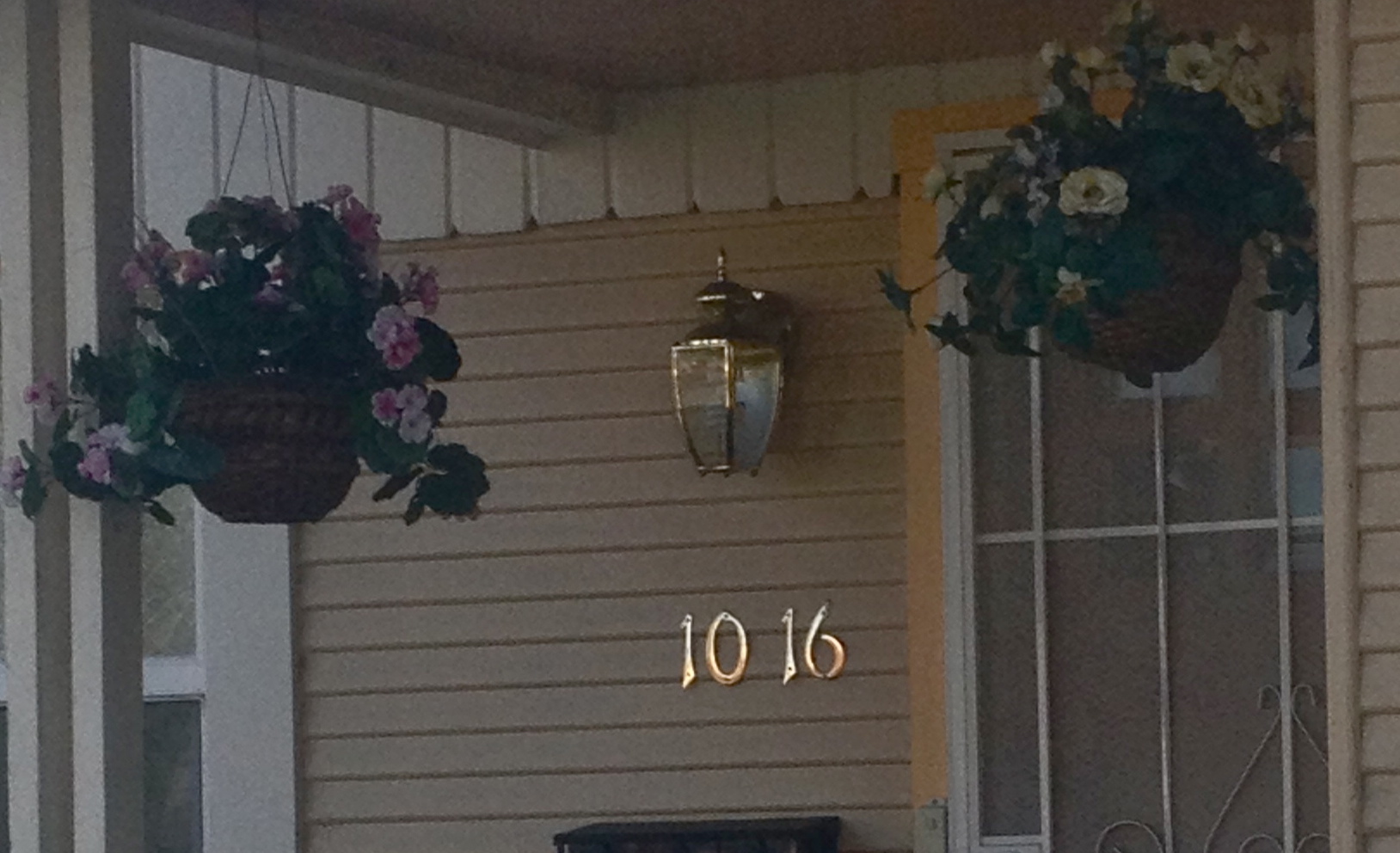 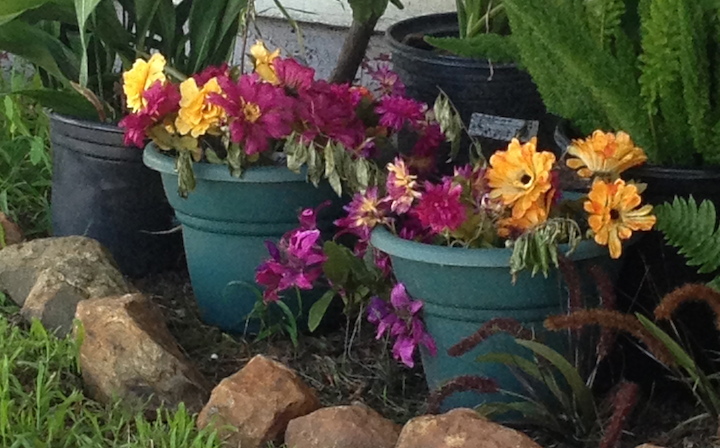 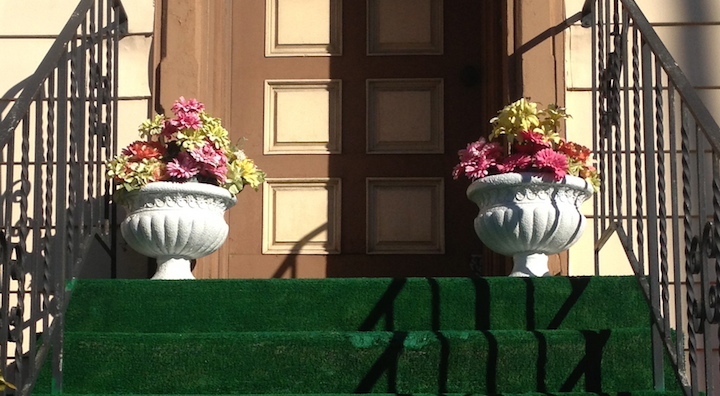 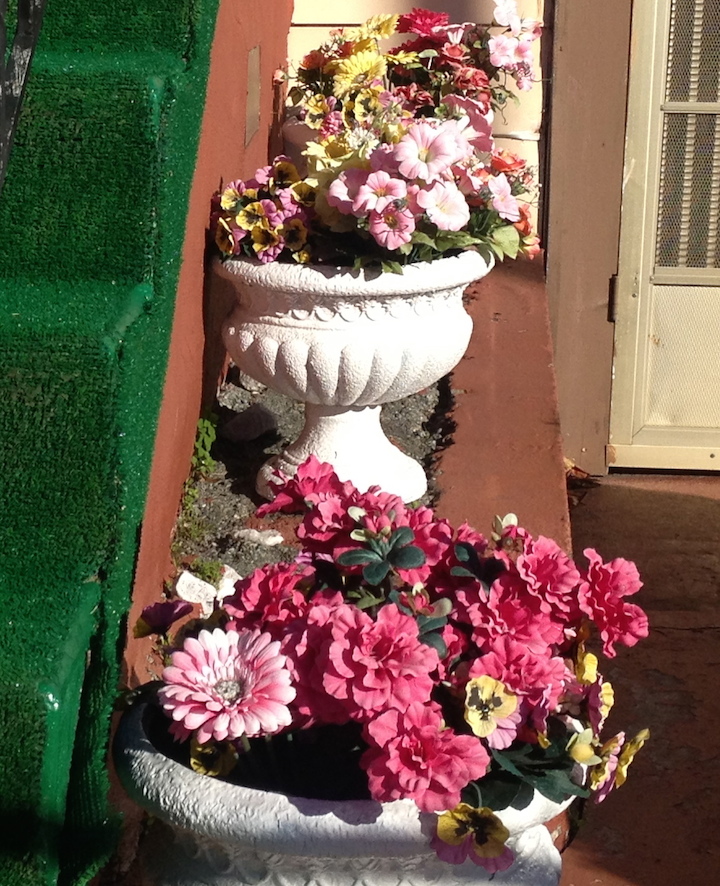 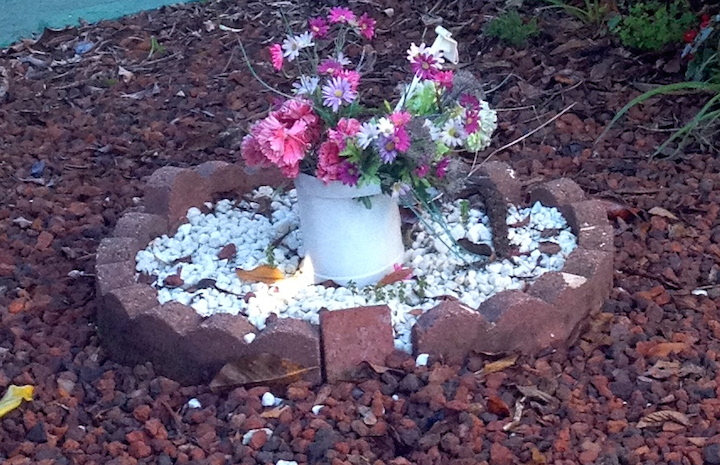 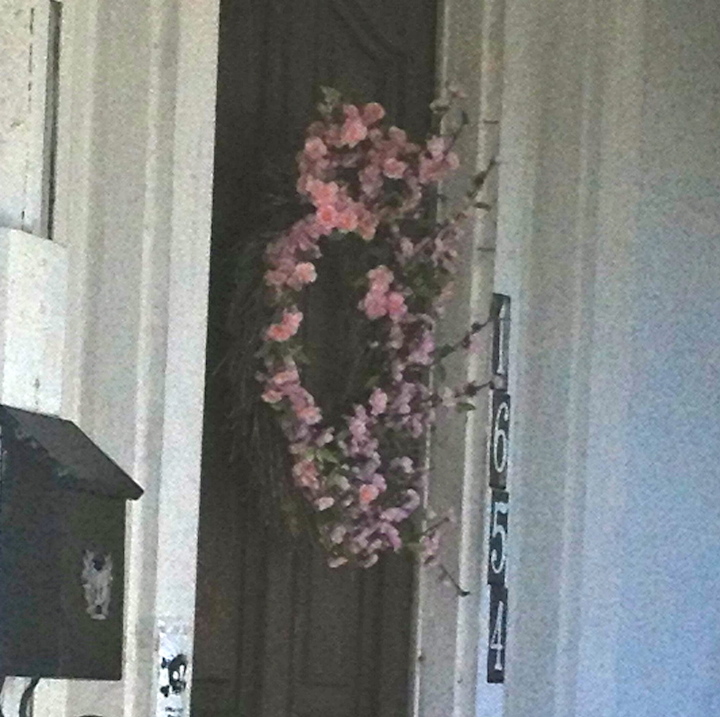 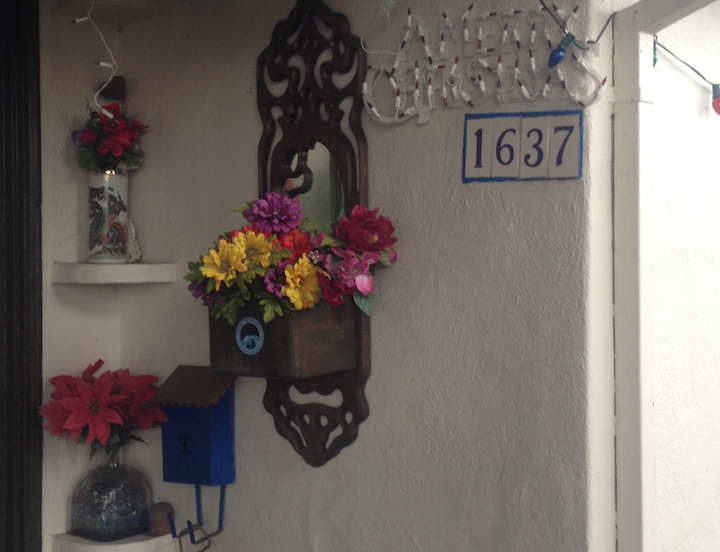 My friend perked up when I brought him these photos. 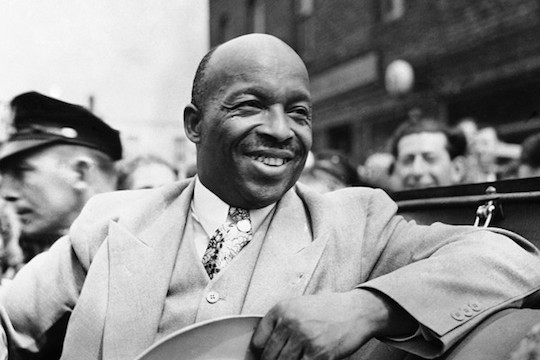 He told me a Philadelphia story which may or may not have an element of truth.  My friend claims that in the 1960s, he and a few buddies would sneak over to the dump behind Father Divine’s Gladwyne estate Woodmont and scavenge for bouquets of artificial flowers that had been cleaned up from the cemetery or trashed after an event. They had a scheme to re-sell the flowers but it didn’t pan out.  He spoke with admiration of Father Divine’s mission.

What about my photos of artificial flowers in Berkeley?