I have 234 photographs of sculpture in Berkeley yards.  I think that it is time to start posting some of them.  I have posted photos of yards which serve as galleries for the sculptors who live within the homes with the yards, but until this moment have not ventured into individual sculptures.

Here are a couple dozen examples of representational sculpture, gifted to the street and to those who pass by.  By “representational” I mean nothing more than sculptures that are clearly recognizable for what they purport to be. 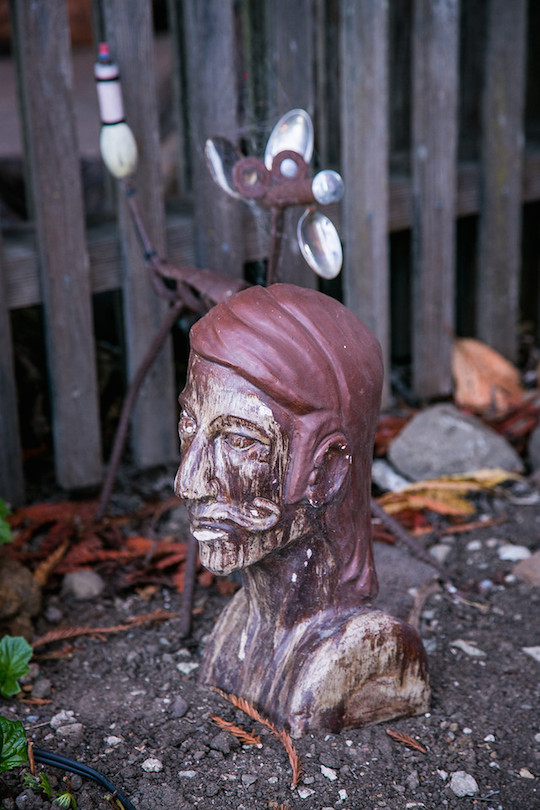 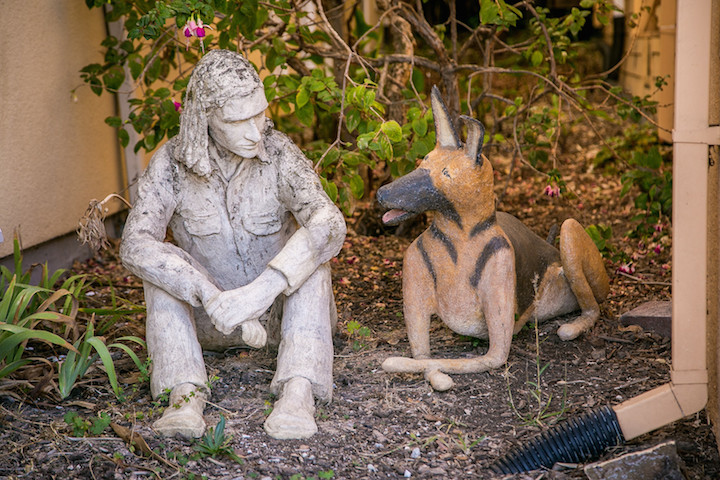 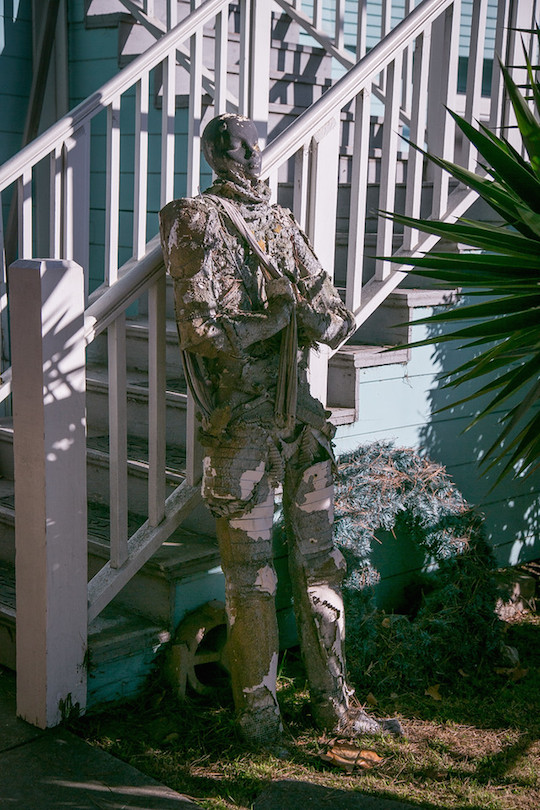 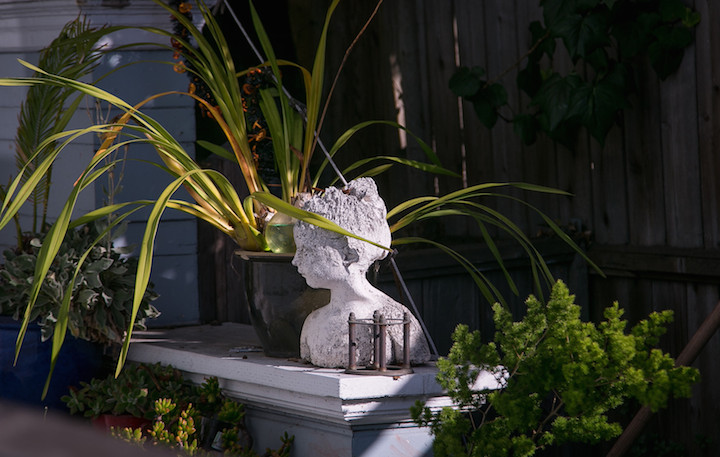 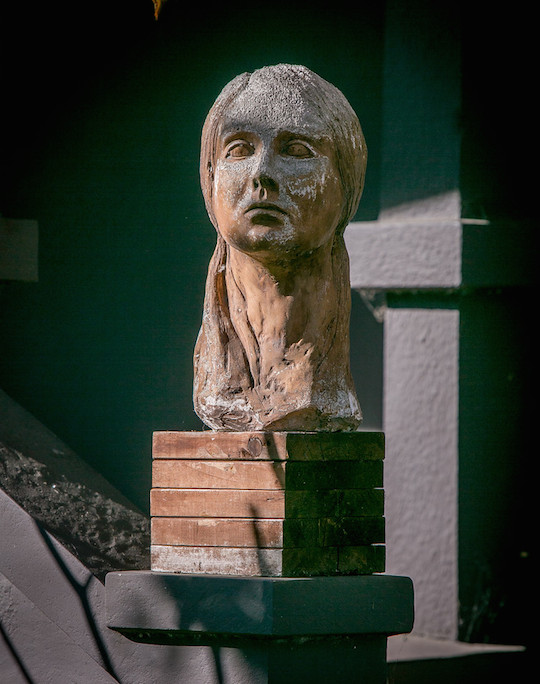 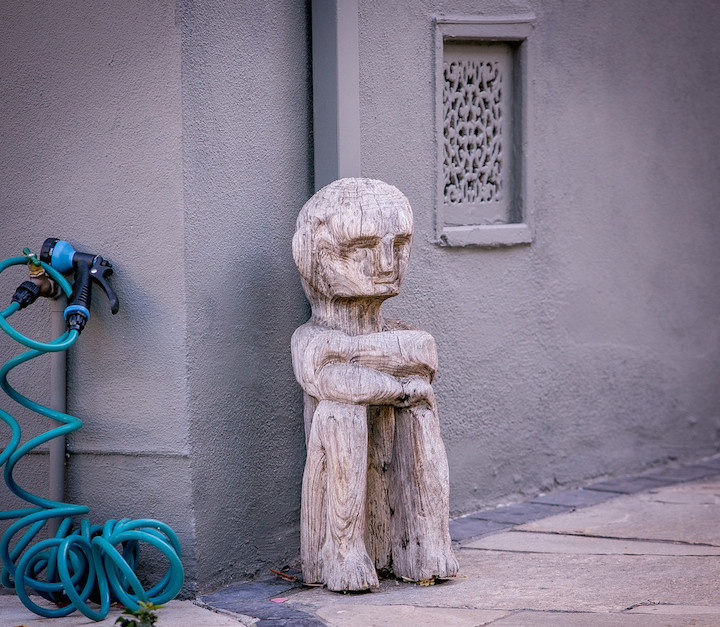 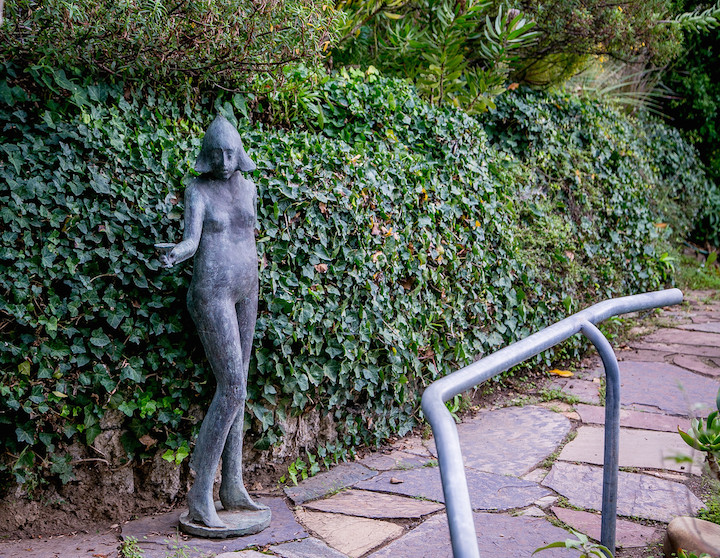 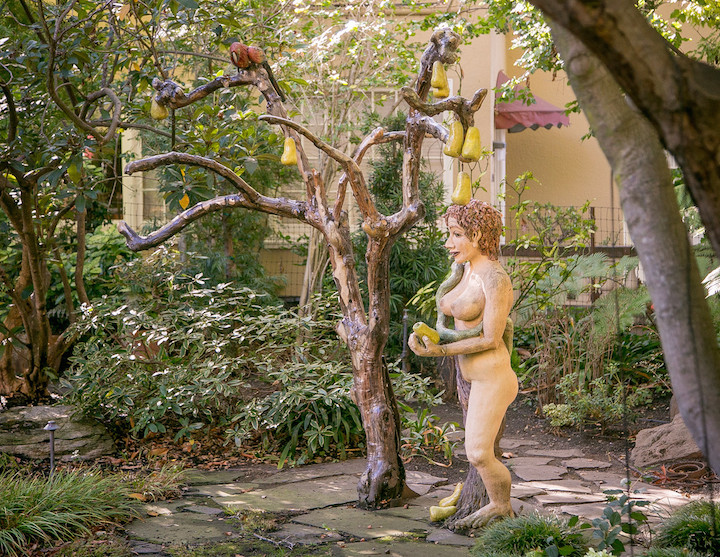 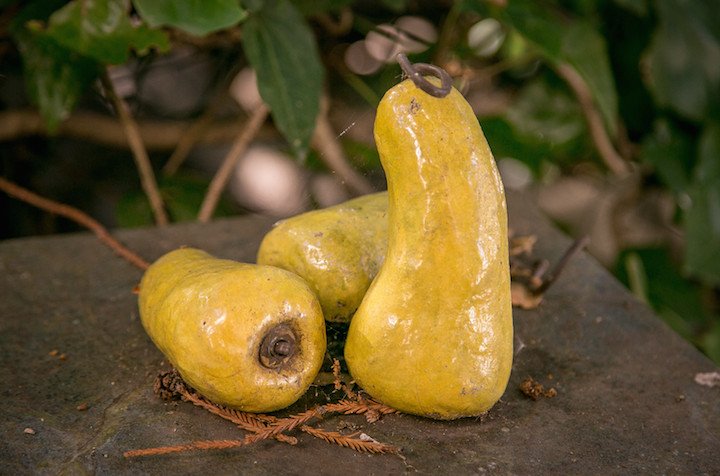 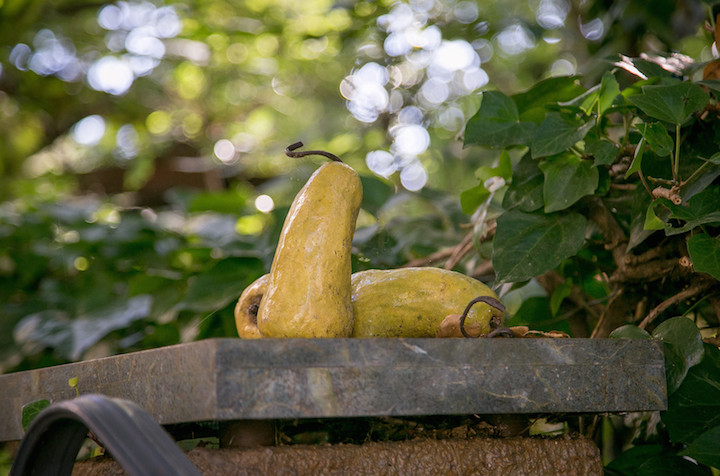 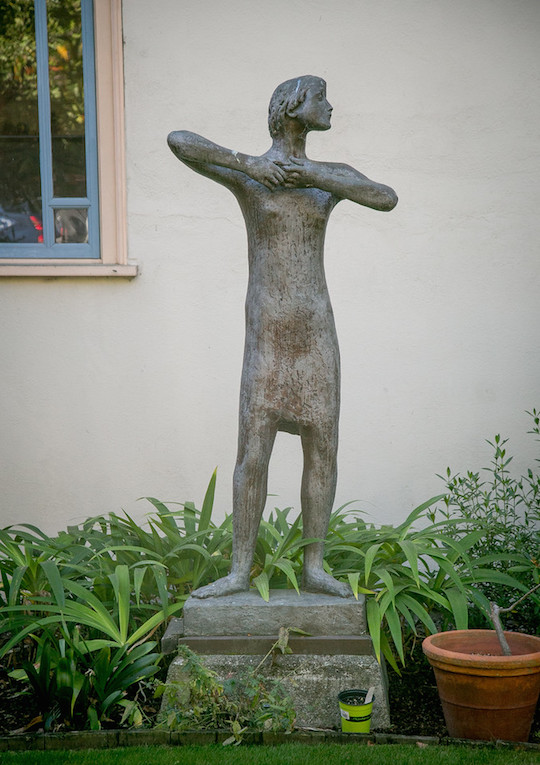 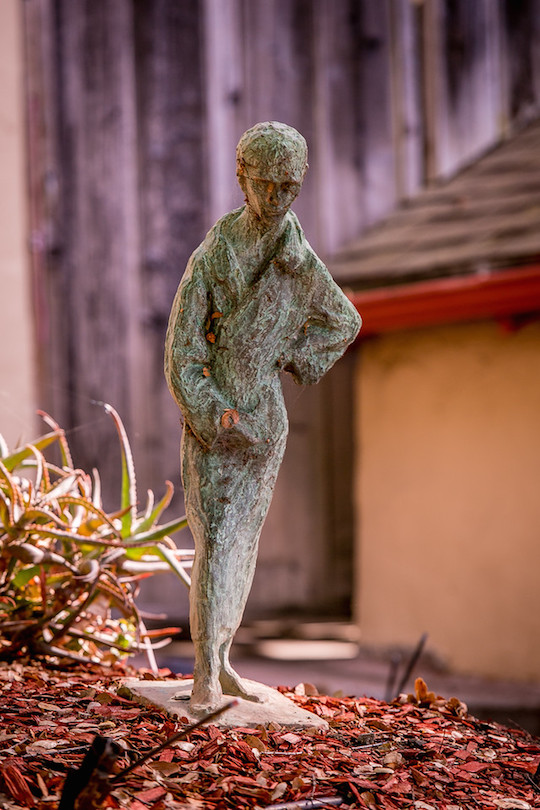 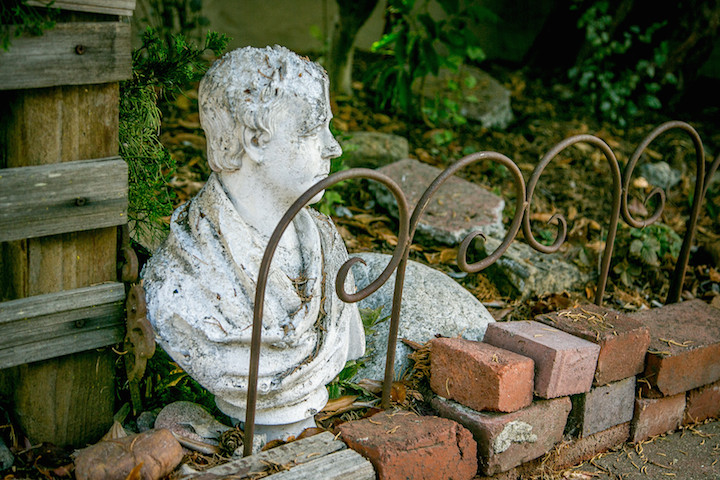 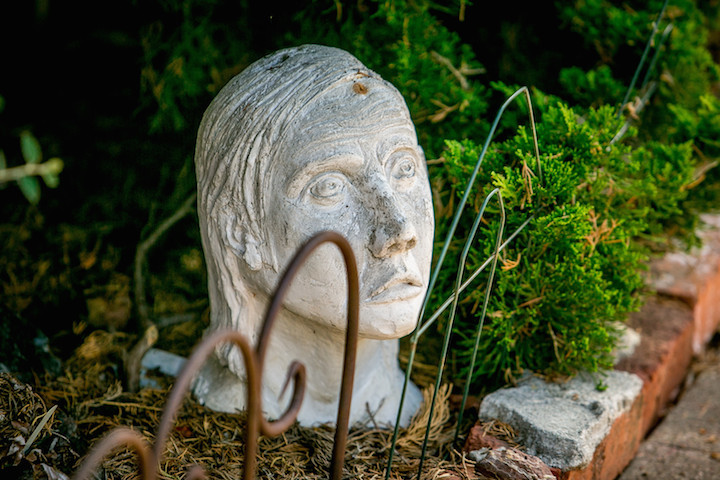 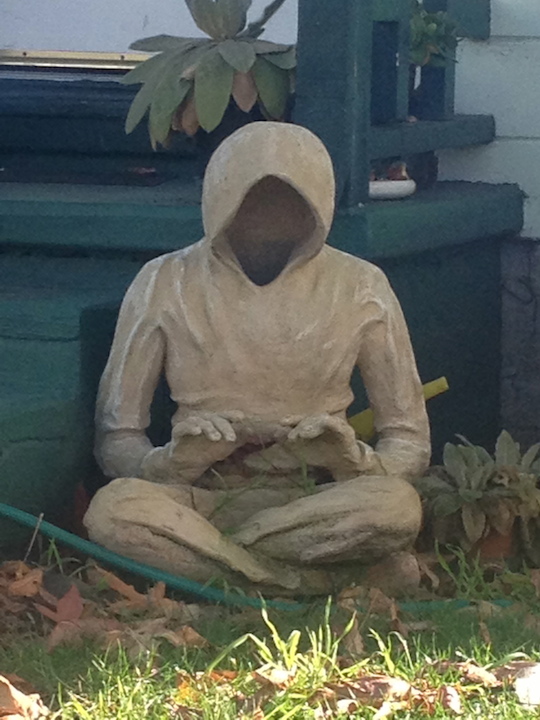 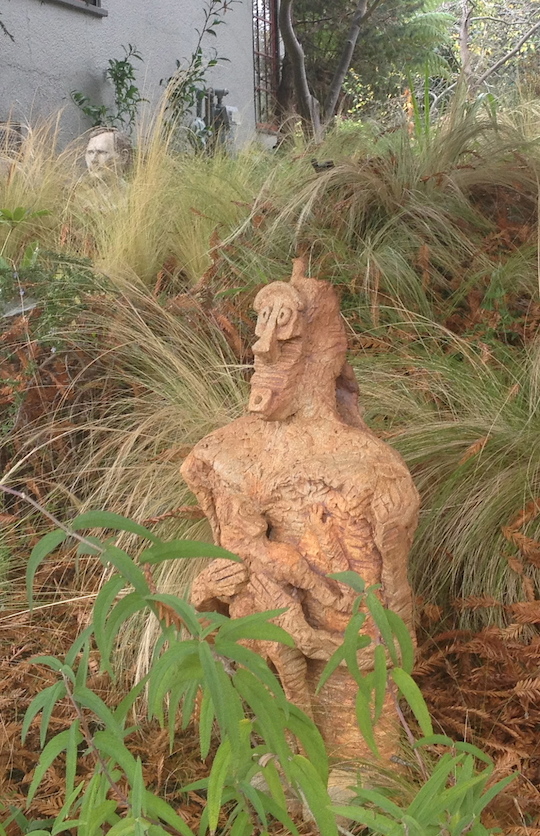 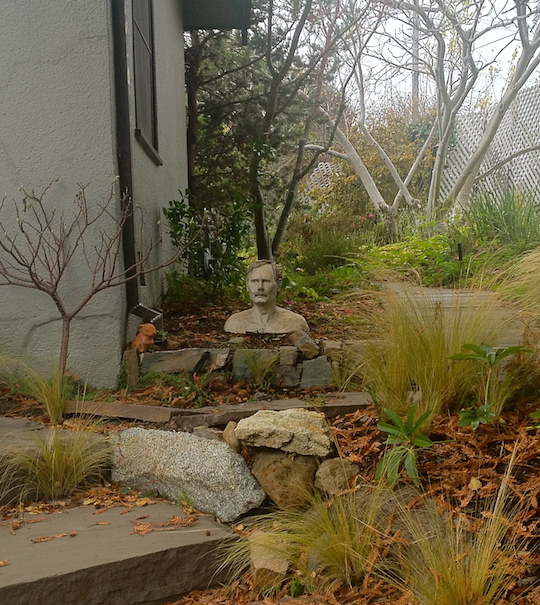 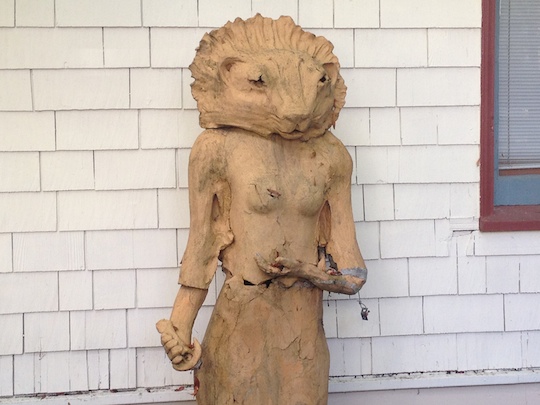 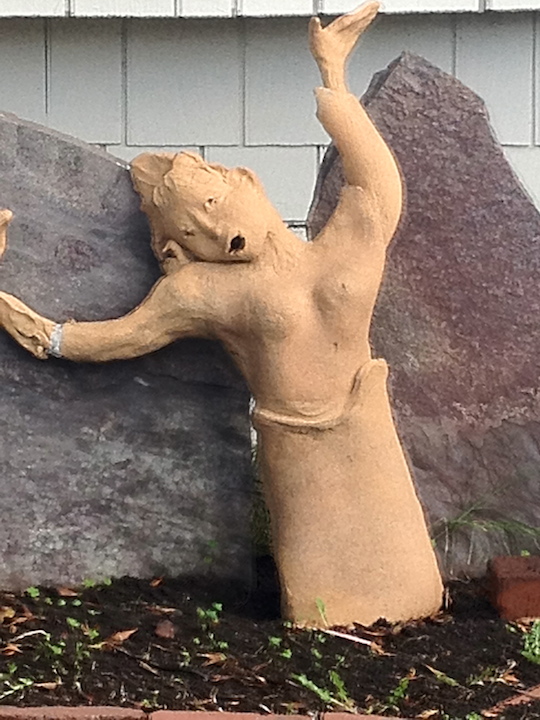 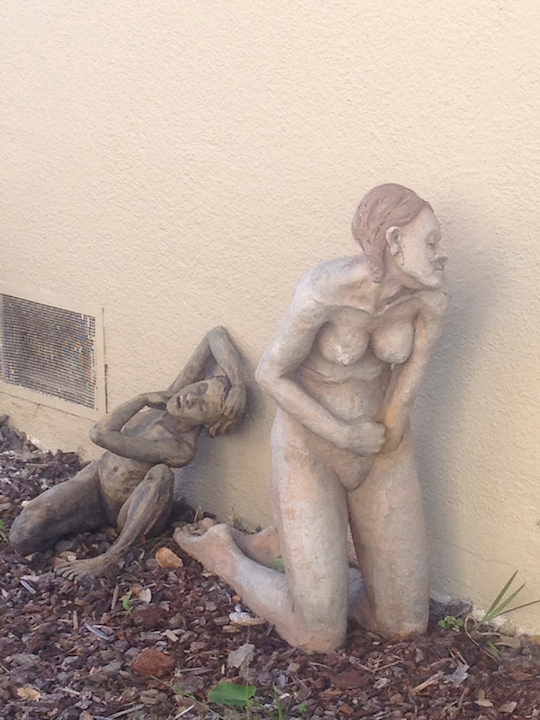 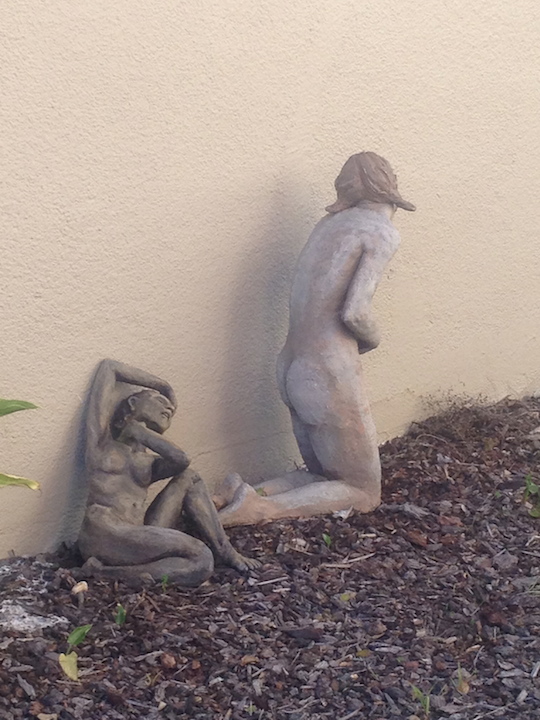 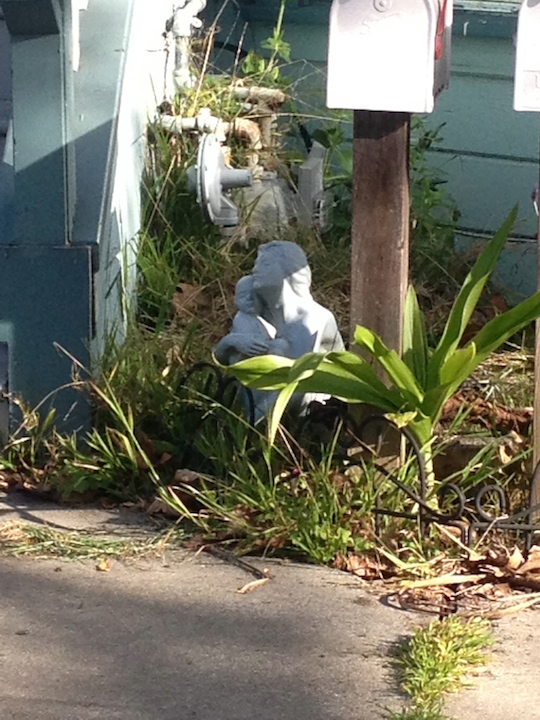 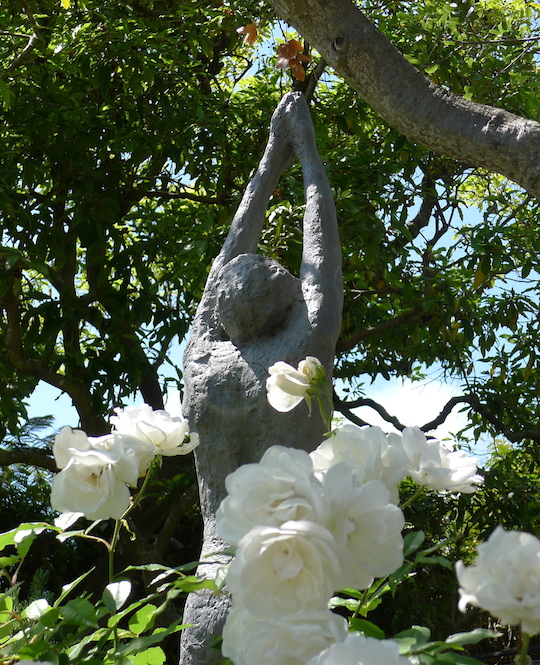 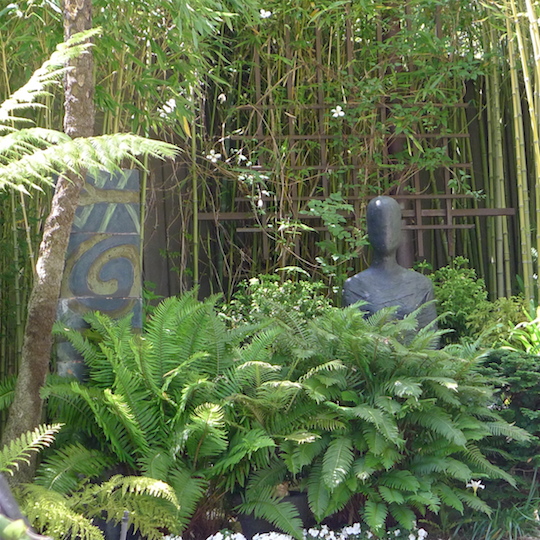 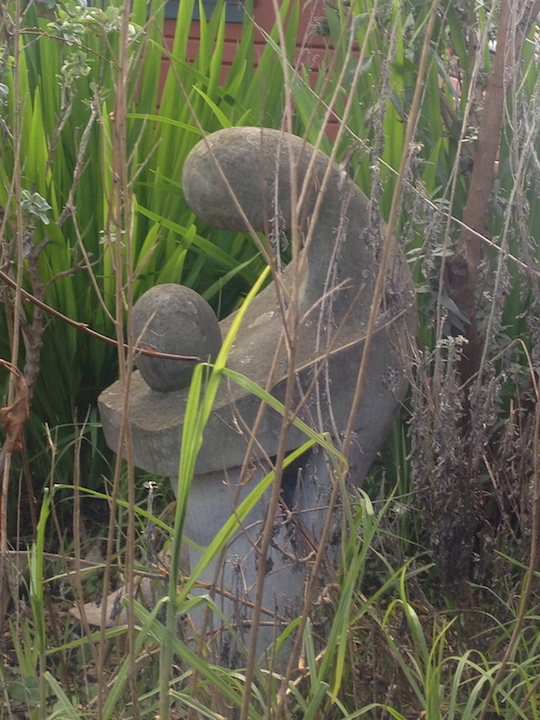 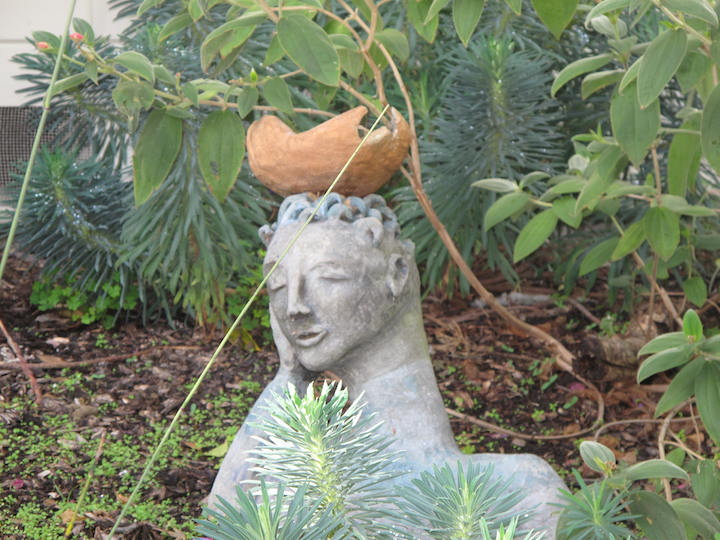 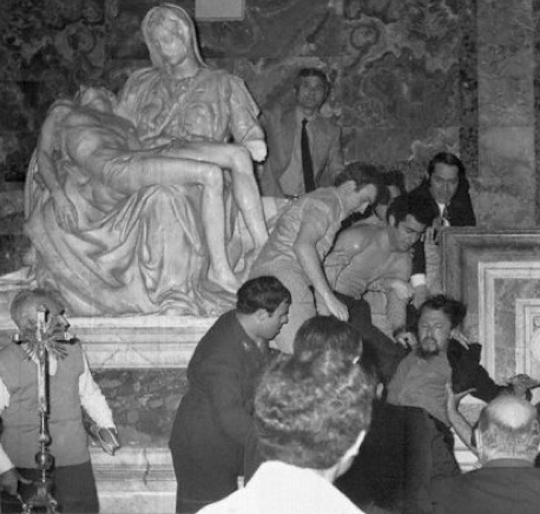 On 21 May 1972, László Tóth took a geologist’s hammer to Michelangelo’s Pieta in St. Peter’s Basilica in Vatican City.  He severed Mary’s arm at the elbow, took a chunk out of her nose, and chipped an eyelid.  Tóth was subdued by bystanders.

This is where my friend gets heated.  “I was THERE.  The press said that Bob Cassilly was the first one to get Tóth off the statue.  Not true.  It was me.  I did.  He was there, sure, but I grabbed the dude and pulled him down.  I was under the pile in the photo, that’s the only reason you don’t see me except for my arm pulling him in the bottom right of the photo.  That’s me.”

The story didn’t end there – I knew, I’d heard it before.  He visited Tóth at the psychiatric hospital after the attack and they had a long conversation about Tóth’s belief that he was Jesus Christ.