They don’t stop, the murals that is.  Always new ones. Yesterday my friend and I drove up Dwight from Fulton towards Telegraph and noticed that the mural on the west wall of the now-closed Roxie Food Center is painted over. With Shakespeare’s Books now closed who knows what fate befalls the mural on the south wall there.  The mural on the parking lot wall of the old CIL building is endangered.  They come.  They go.

Here are more, even after 10 posts about murals.  They come.  They go.  These came. Bonus factor – three were sent to me by Quirky Berkeley readers.  Go Tom Go! 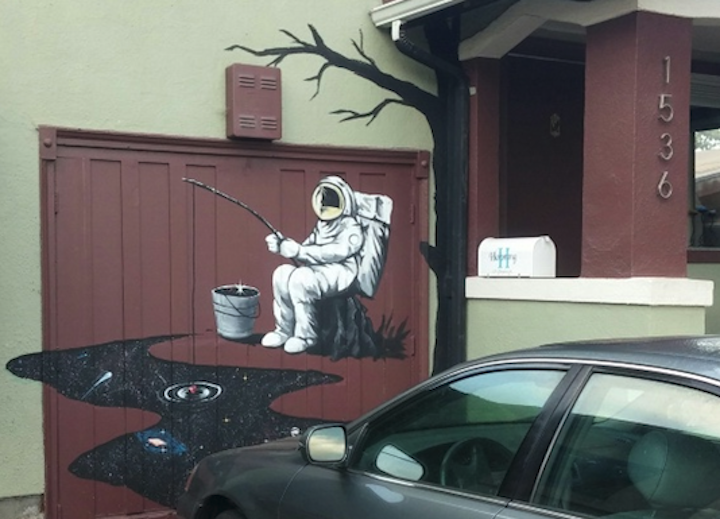 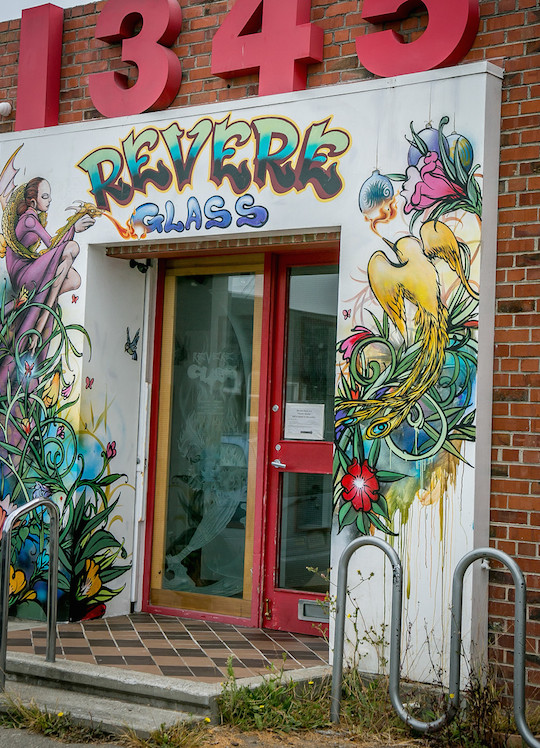 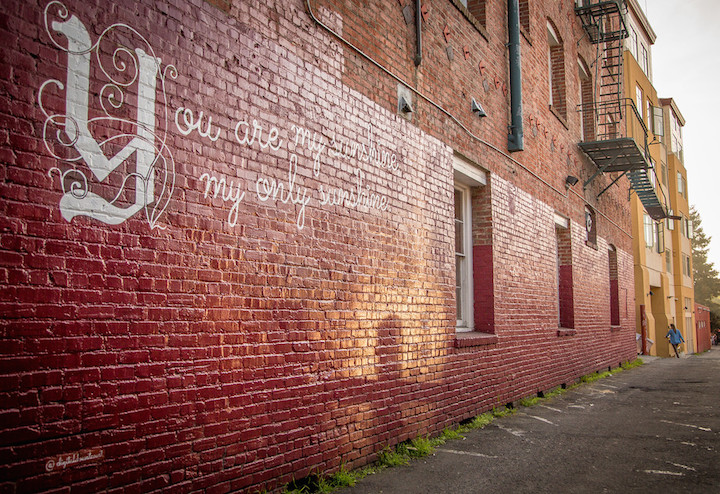 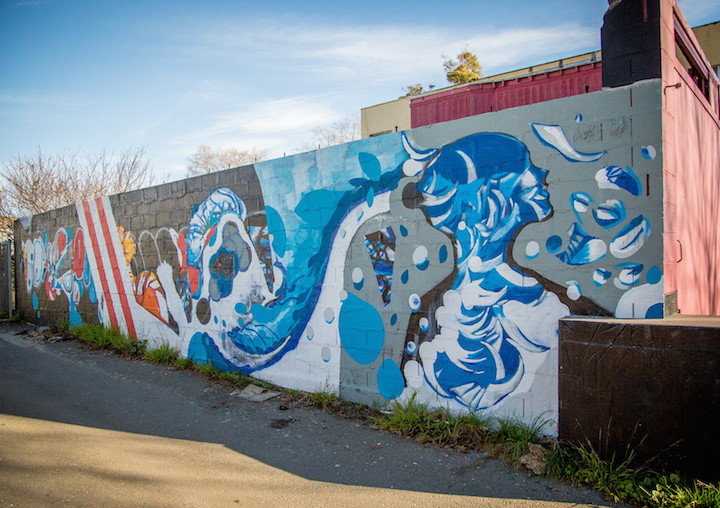 Jones Alley (between 5th and 6th) 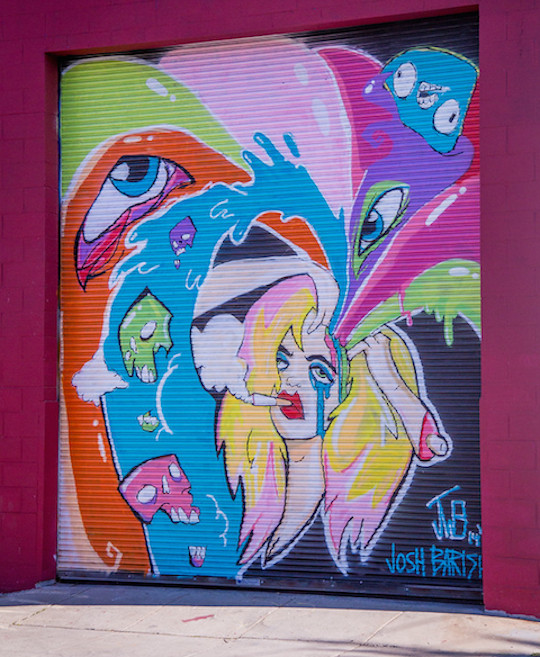 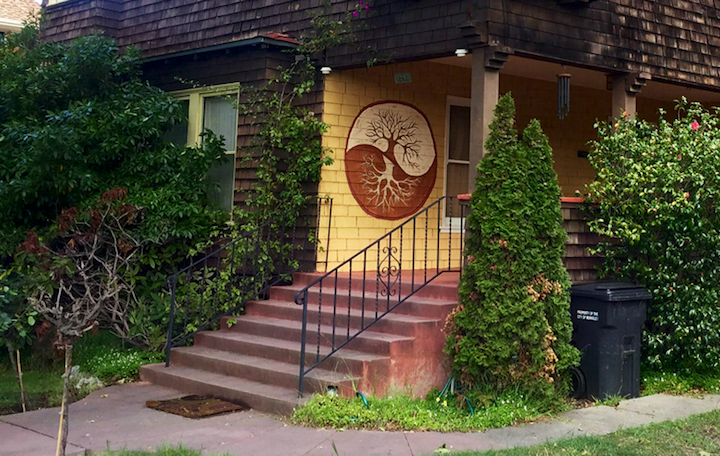 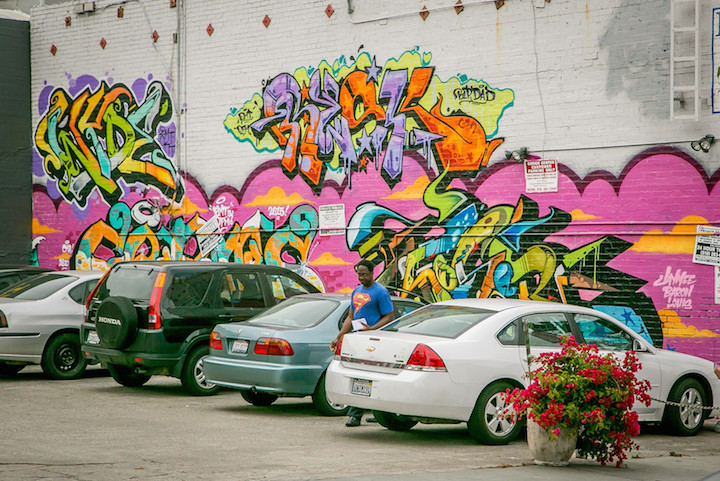 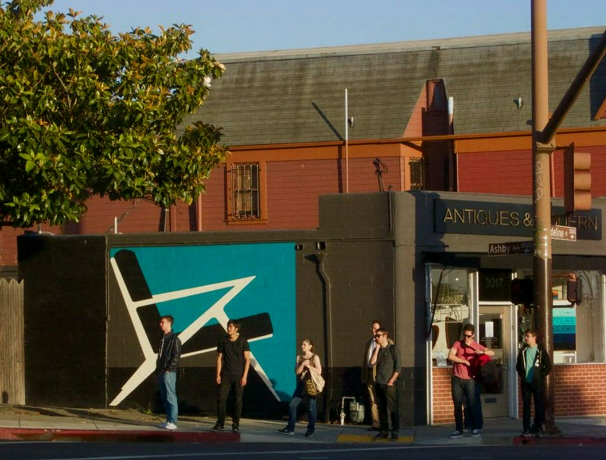 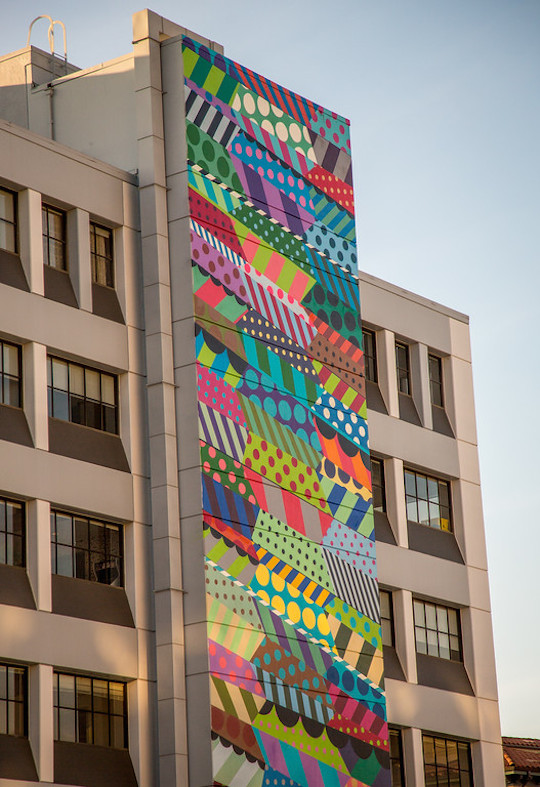 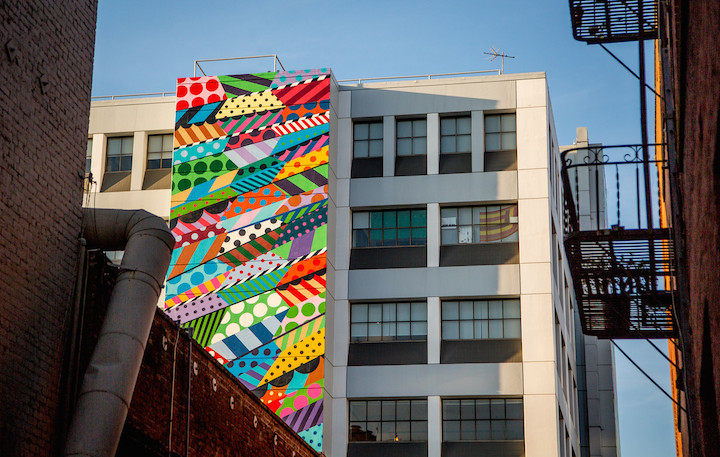 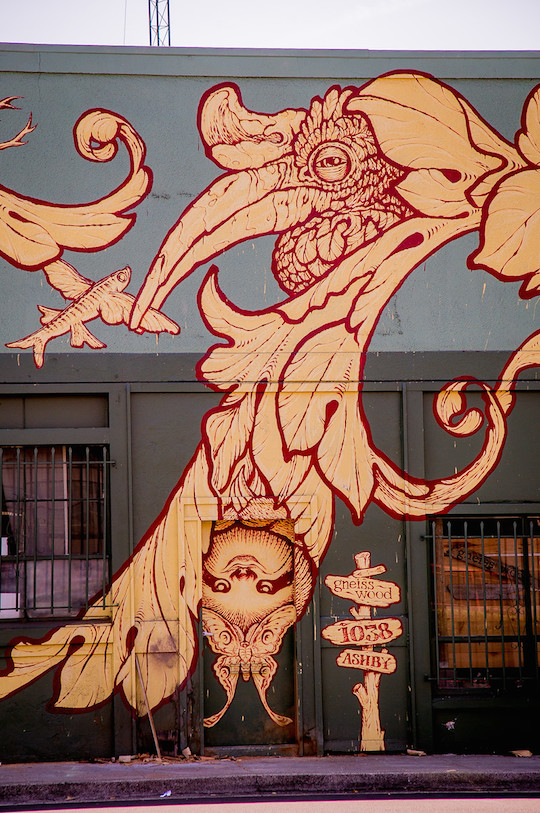 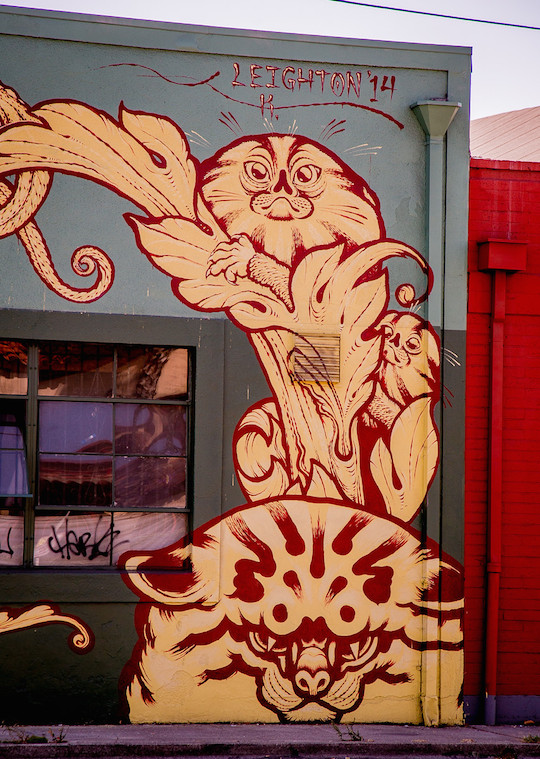 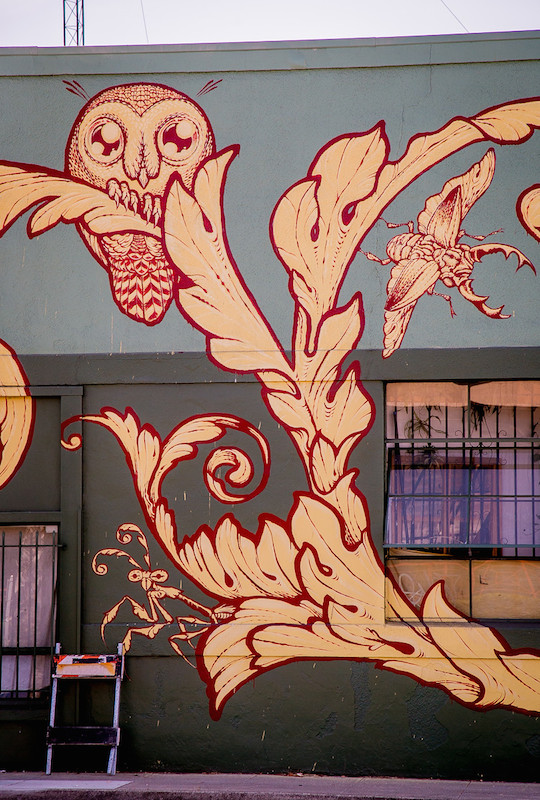 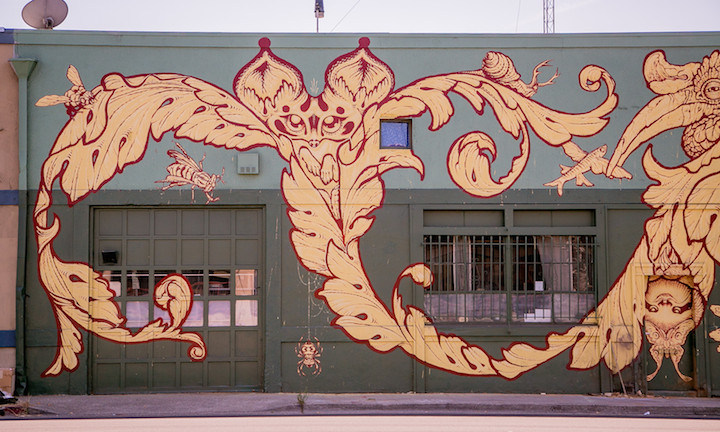 Lastly at this moment – a whimsical collection of wall and ceiling murals in the courtyard of an apartment building at 1652-1658 Oxford. 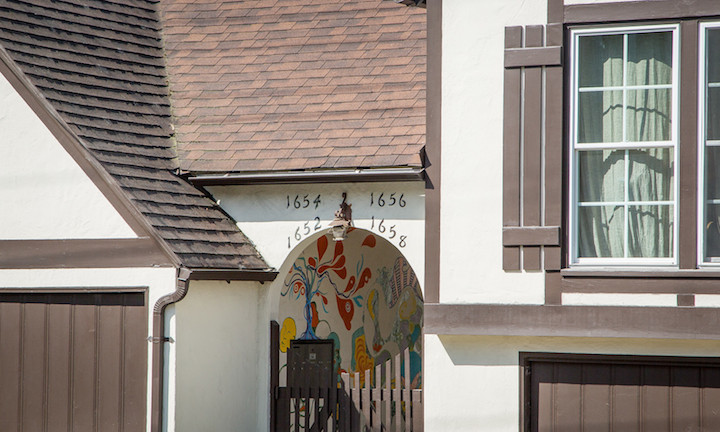 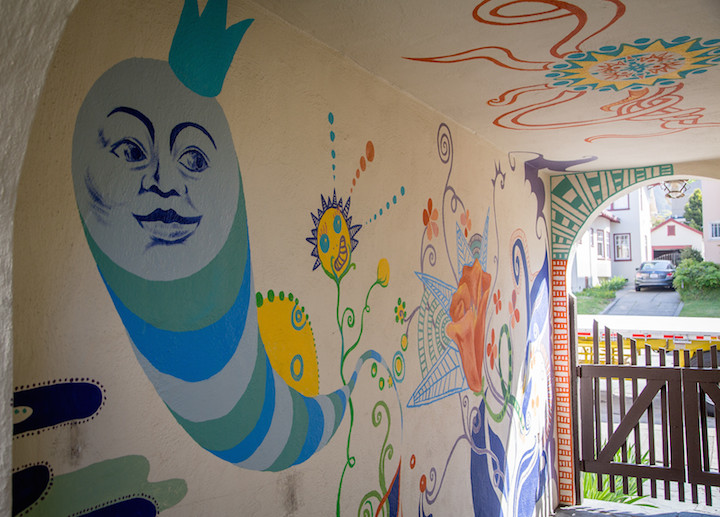 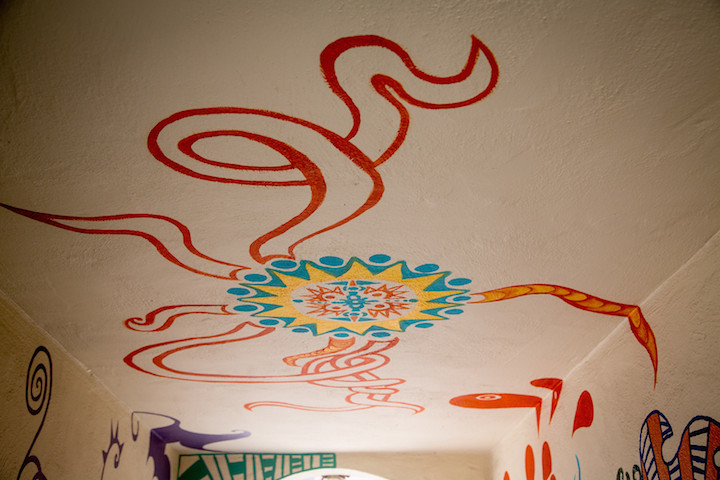 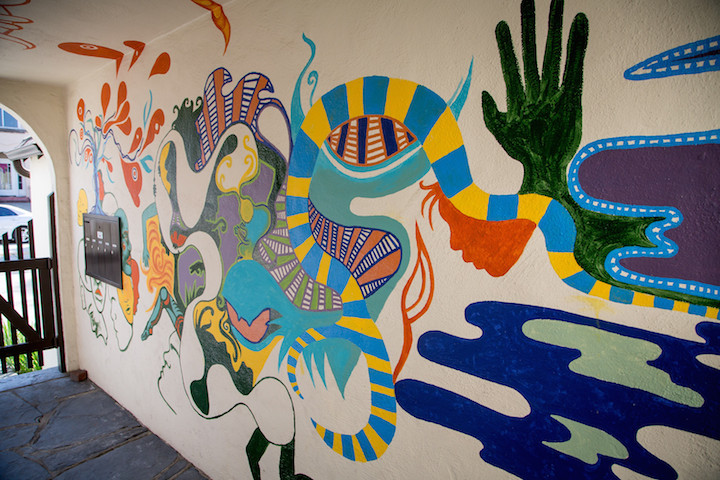 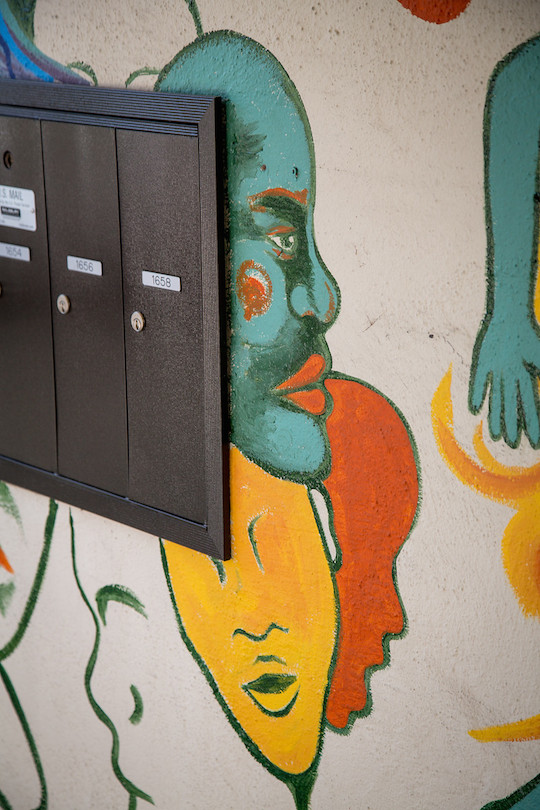 More murals indeed.  When I took the photos to my friend, he was unpacking a collection of board games built on the premise of gender stereotypes.  Gabby sent him the box. Who else? 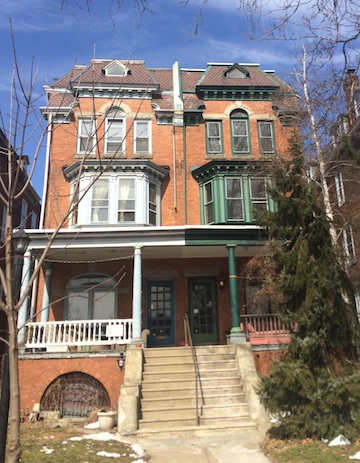 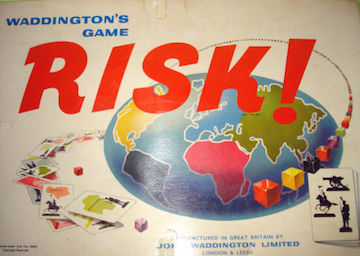 I went through the games with him, and we got reminiscing about the endless games of Risk that we played when I lived on Baltimore Avenue in West Philadelphia in 1970 and 1971. 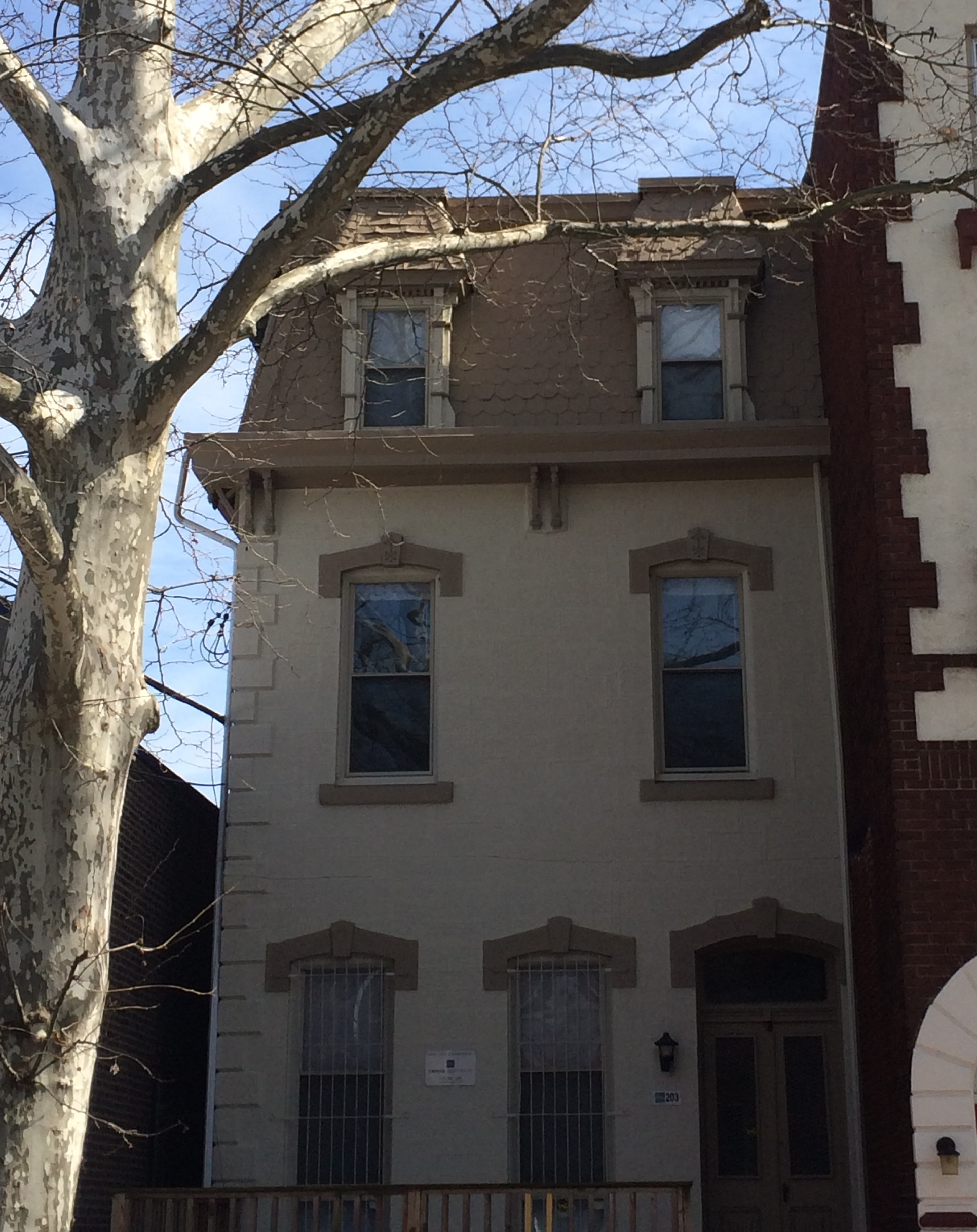 The next year, when I lived on 42nd Street, my friend Peter and I got completely lost playing tabletop ice hockey.  We were scary good at it.  We listened to music with big old headphones.  Our play list:

“Tupelo Honey” by Van Morrison / “Sugar Magonolia” by the Grateful Dead / “Last Lonely Eagle” by New Riders of the Purple Sage / “Sunlight” by the Youngbloods / “Here Comes the Sun” by the Beatles /  “John Barleycorn” by Traffic / “Wooden Ships” by Jefferson Airplane / “8:05” by Moby Grape / “Someday Soon” by Judy Collins

Now you know.  Each song moves me today.  Each songs takes me to 1971, to being 20 years old with those hopes and visions and fears and dread.

My friend wasn’t around as much that year as he had been the year before, and he knew that playing ice hockey with Peter or me was pointless.

In any event, after we unpacked the board games and decided who they would go to, I asked him about the mural photos. He smiled.