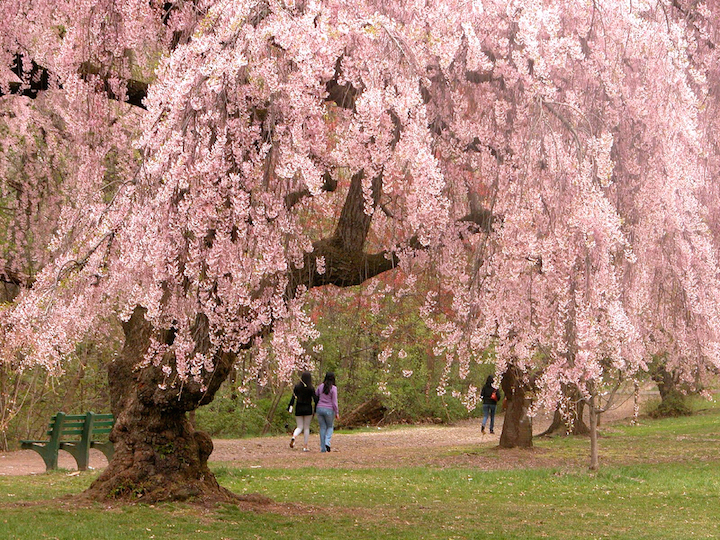 “X much” is a bit of teen speech that warms my heart.  The Oxford English Dictionary explains that one forms an elliptical comment or question with “much” and a preceding adjective, infinitive verb, or noun. 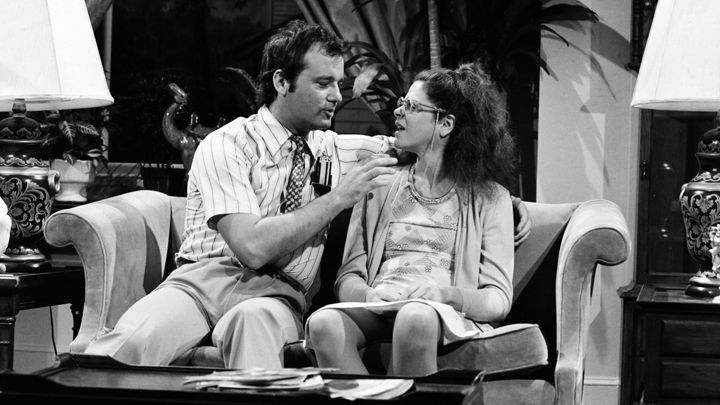 On the October 7, 1978, episode of Saturday Night Live, Todd (played by Bill Murray) points to Lisa Loopner’s (played by Gilda Radner) chest and says “Underdeveloped, much?”  I know of no earlier written usage. 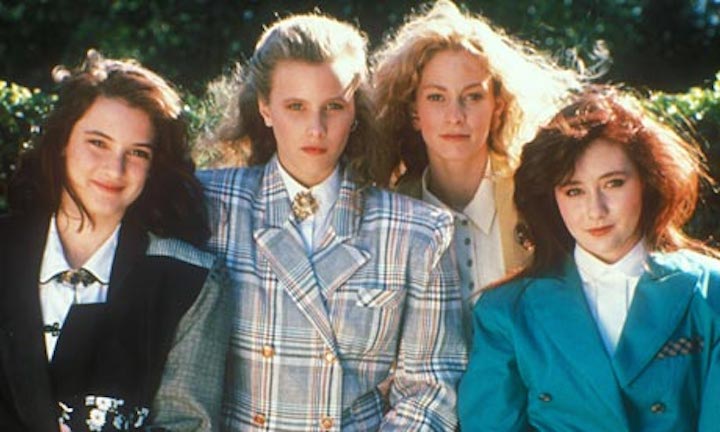 Ten years later, the movie Heathers was released, with a couple of notable uses of “X much.”  Heather McNamamra says to Veronica, “Drool, much?” and later Heather Duke says to Veronica “Jealous, much?” 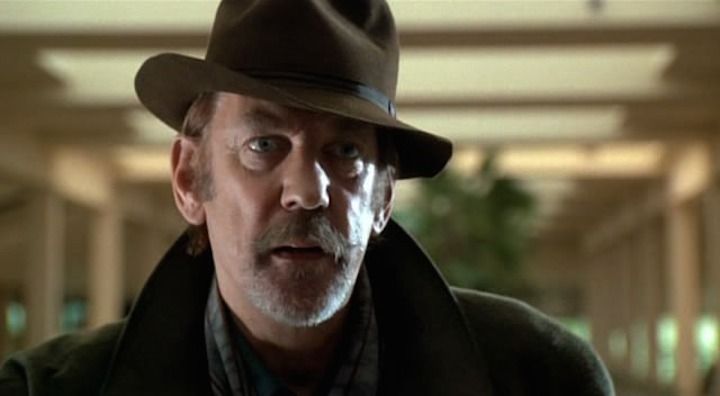 The movie version of Buffy the Vampire Slayer (1992) has a high profile use when Buffy is first confronted by vampire-slayer mentor Merrick Jamison-Smyth (played by Donald Sutherland) in a mall and says “Excuse much! Not rude or anything.”

What about ephemeral?  Well, for that let’s go to Japanese.  Mono no aware (物の哀れ) is the feeling or awareness brought on by fragile, ephemeral beauty.  Such as a cherry blossom.  Here today, gone tomorrow.

Enough, though about words.

On July 1, 2015, Colleen Neff took these photos of a miniature world in front of 1141 Amador Street. 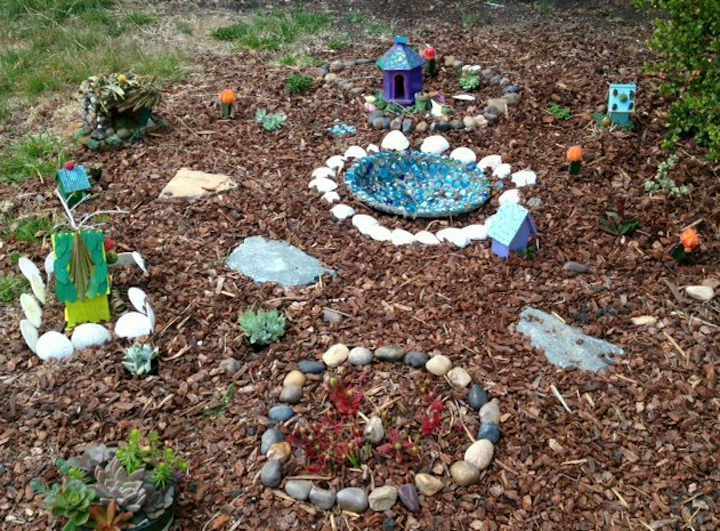 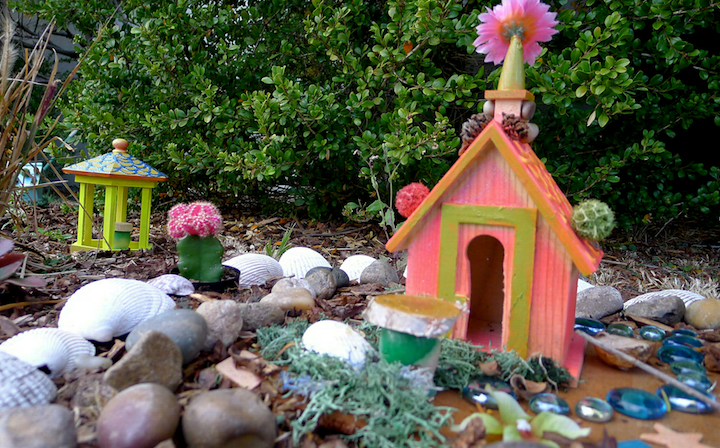 Pretty cool on a street otherwise without quirk.  There are still a few giant elms that escaped the blight, nice houses, but not much quirk.  But there it was.

When I visited it on July 18th for more photographs, it was gone.  Mono no aware.  Brief, ephemeral quirk.

The lesson?  Take a photo when you see it. 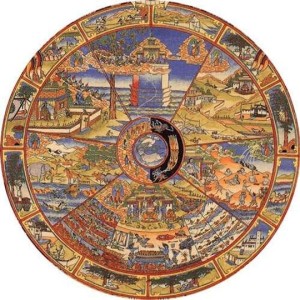 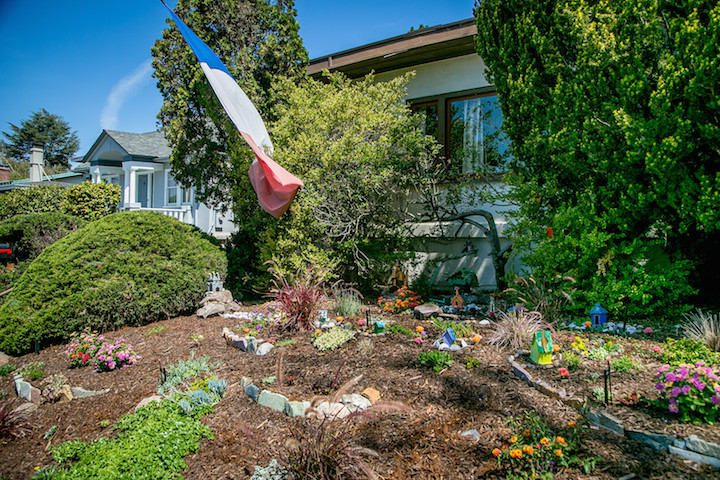 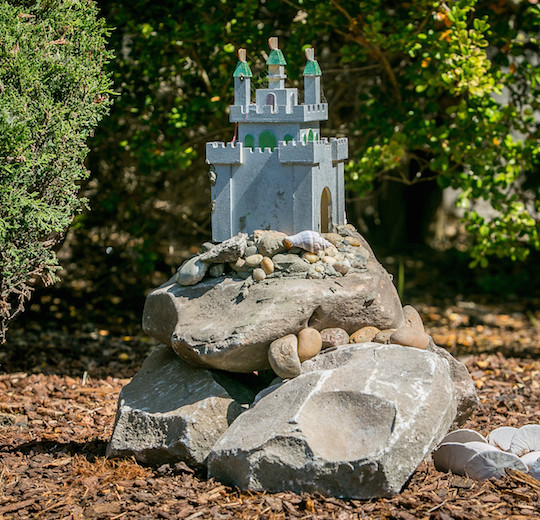 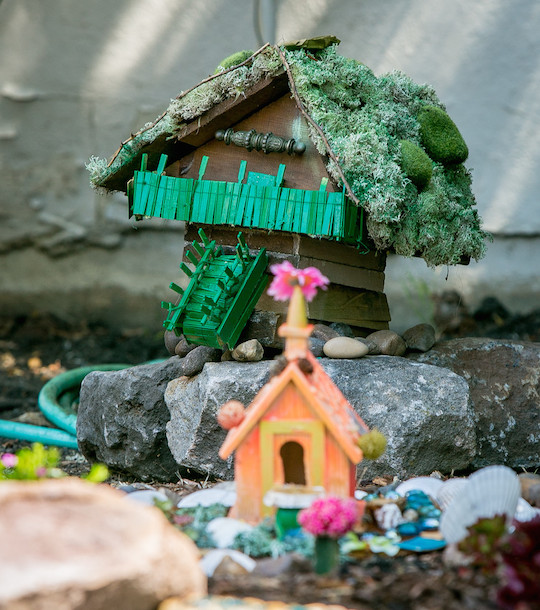 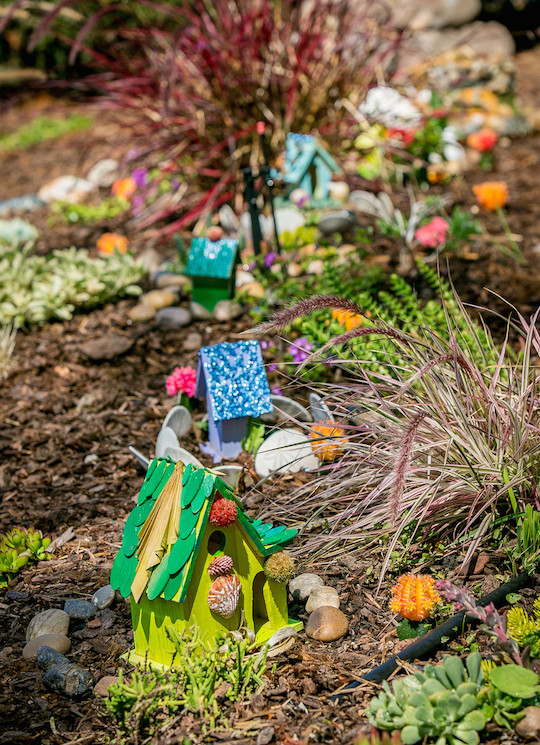 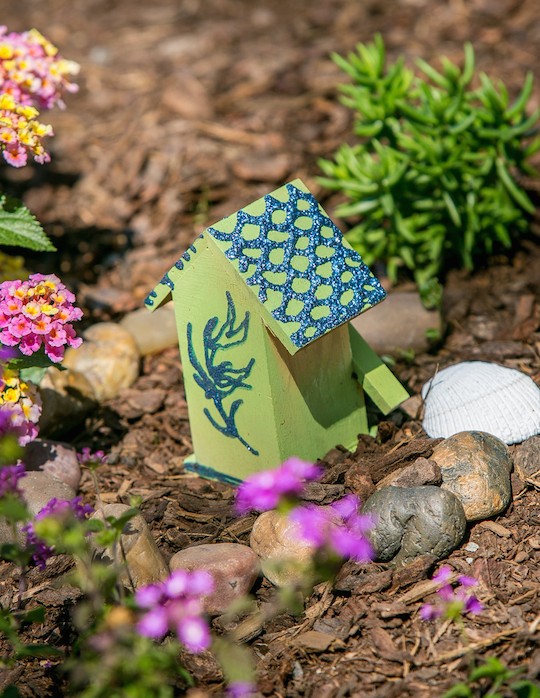 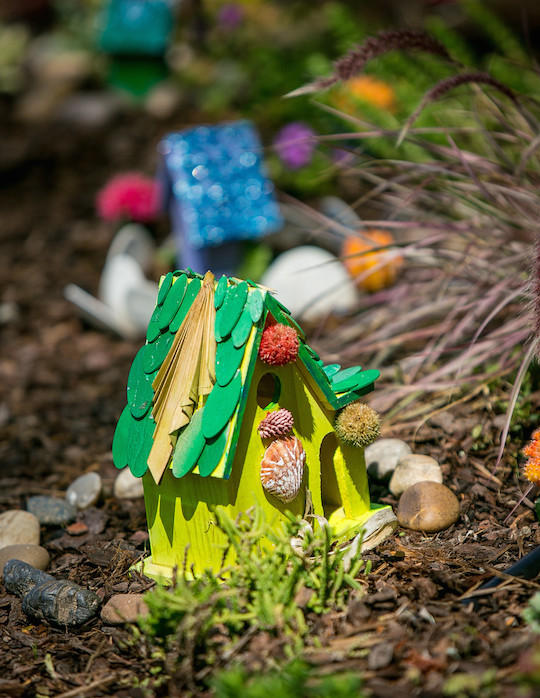 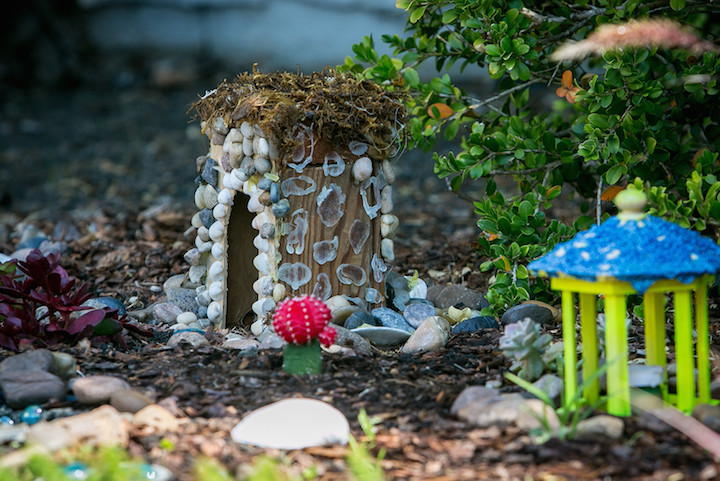 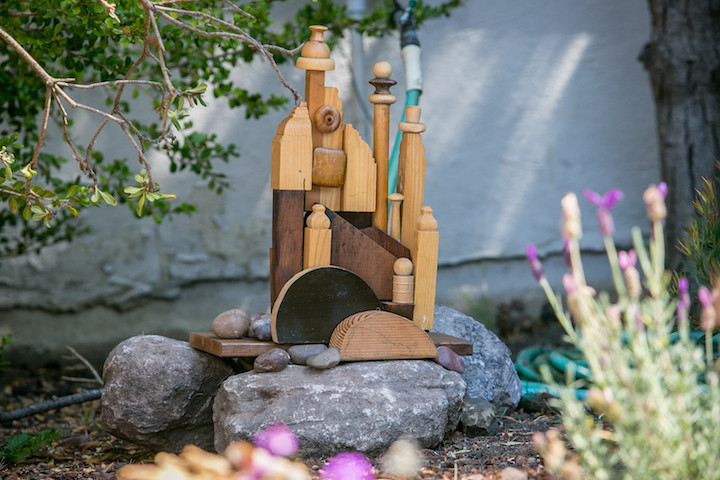 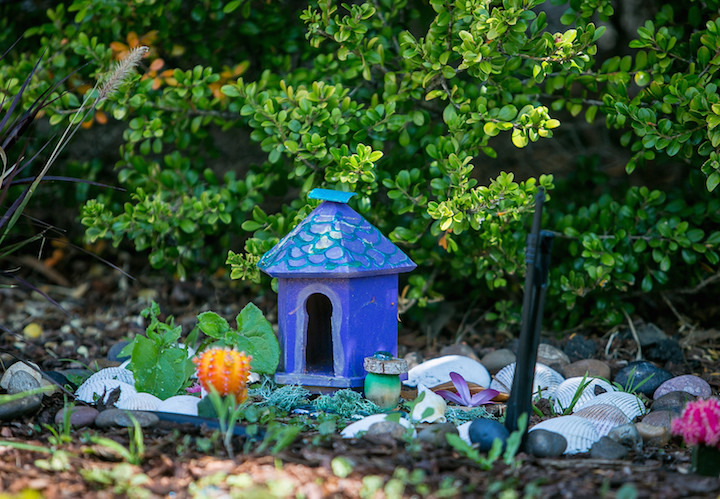 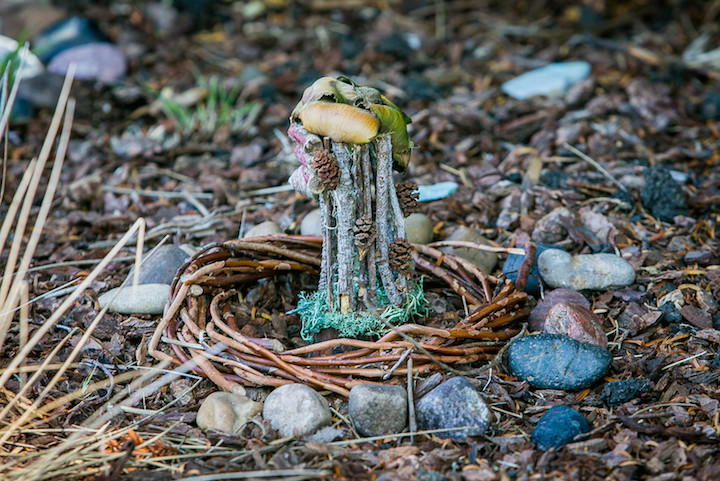 The hillside has been landscaped and the Amador Village has been restored.  With castles. Oh, beautiful spark of the gods / Daughter of Elysium / We enter fire imbibed/ Heavenly, thy sanctuary. Etc.

I rushed down to Amador with my friend. We were filled with joy to see this new small world.  Charming!  We walked back up to Oxford Street by paths and contemplated the passing of good things.  He vowed to dig up some photos from a family visit to Storyland in San Francisco in 1959.  I asked for his impressions of the Amador Village.