Not to be confused with art cars – this is about art depicting or incorporating cars or trucks.

Which means, Mr. Lebowski, that we can get down to cases.  Is there a better use of car as art than this? 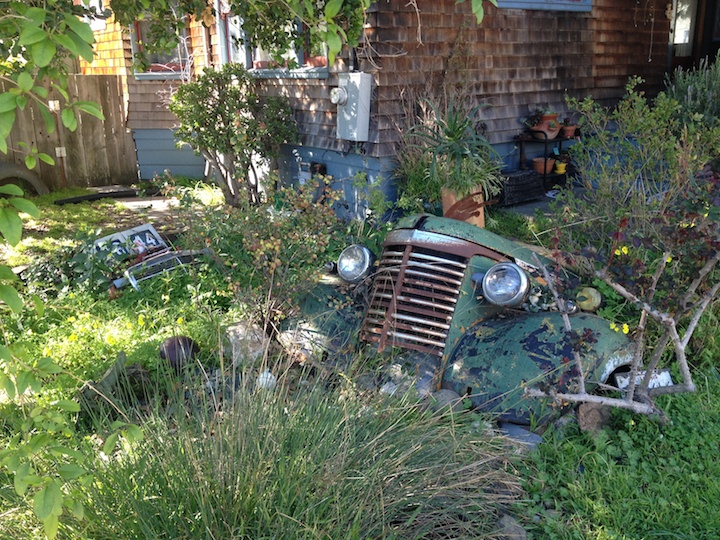 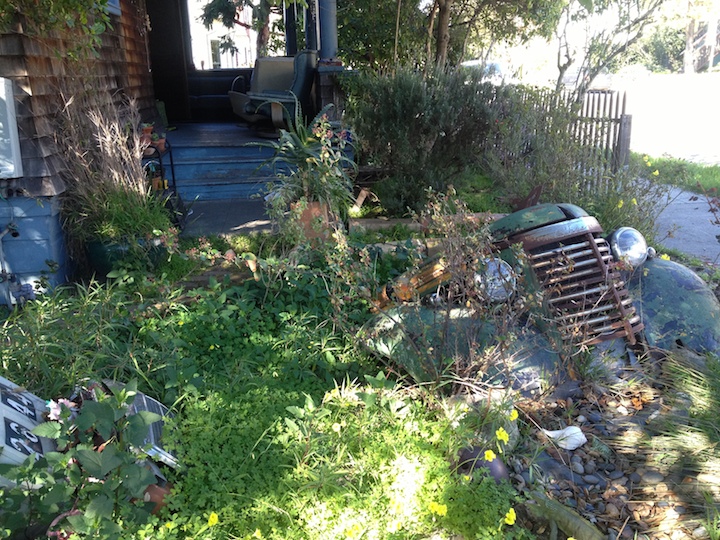 Wow!  Here is another attempt at the same effect: 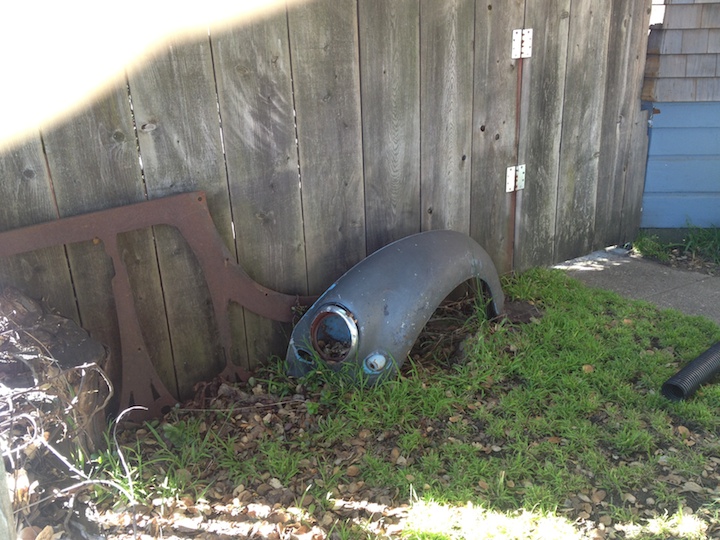 Or how about a whole car.  On a roof.  As advertising. 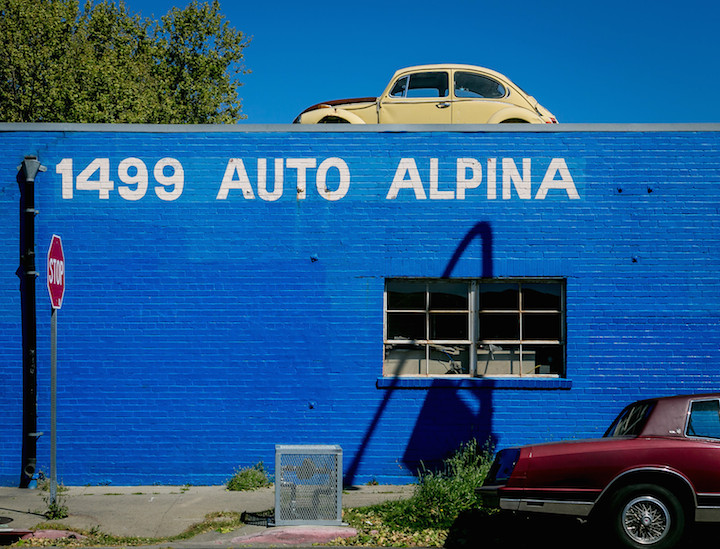 While up on roofs, and while on San Pablo, there is the Berkeley anachronism of a military surplus store: 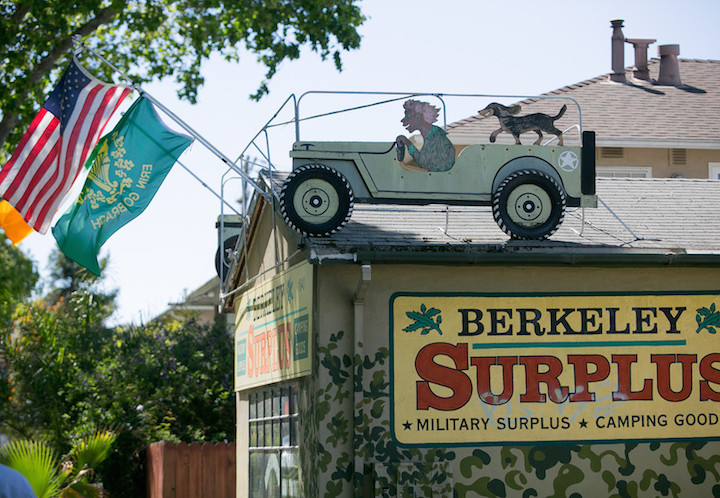 Or baby cars – both used here for planters.  First, on 9th Street: 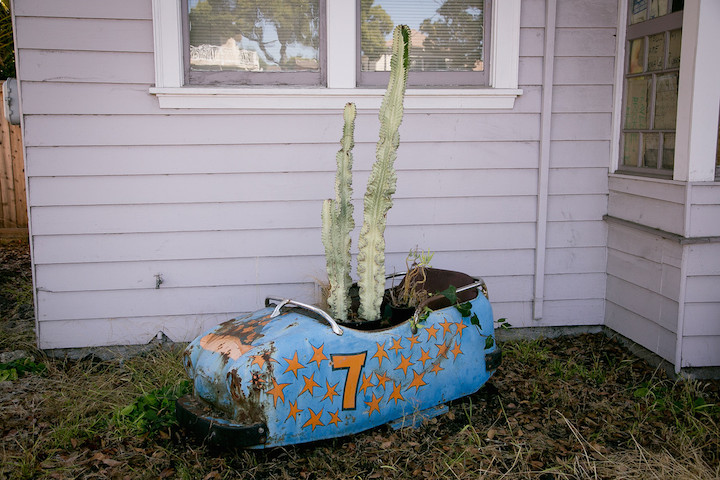 And then at California and Tyler (which only exists for two blocks) – the BEST traffic barrier EVER, ANYWHERE: 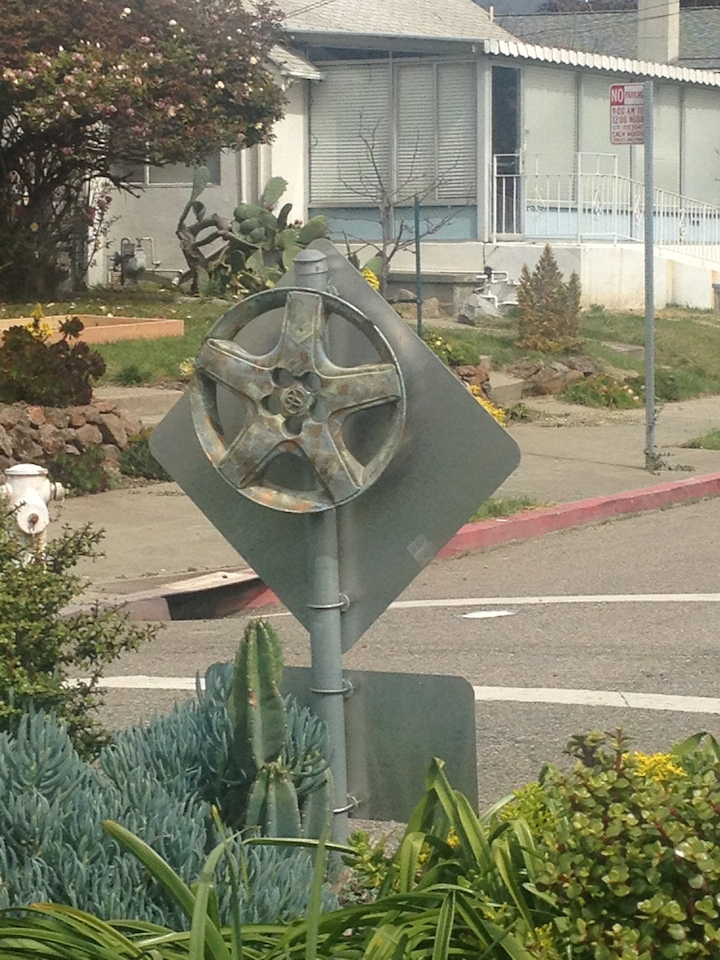 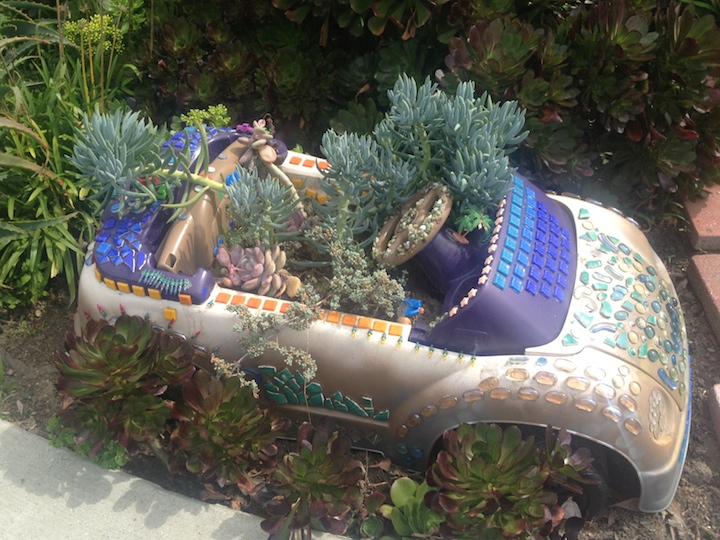 Sticking in three dimensions, here are a couple of sort-of-sculptures: 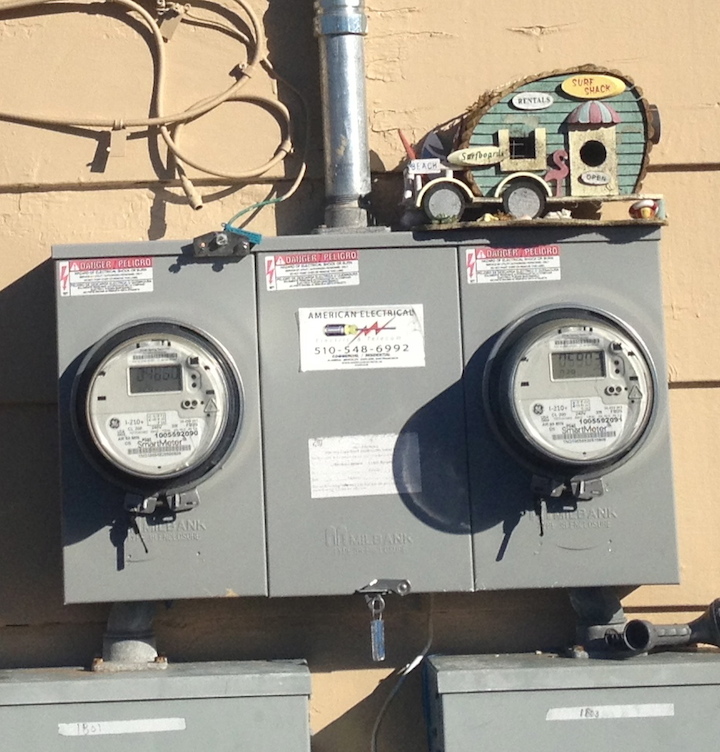 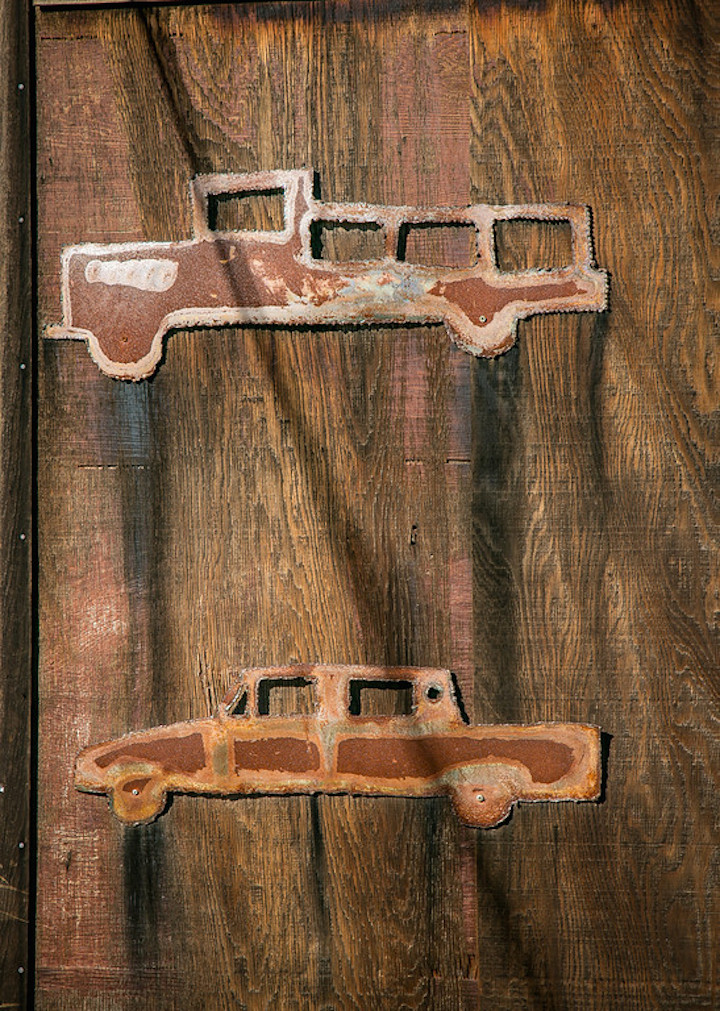 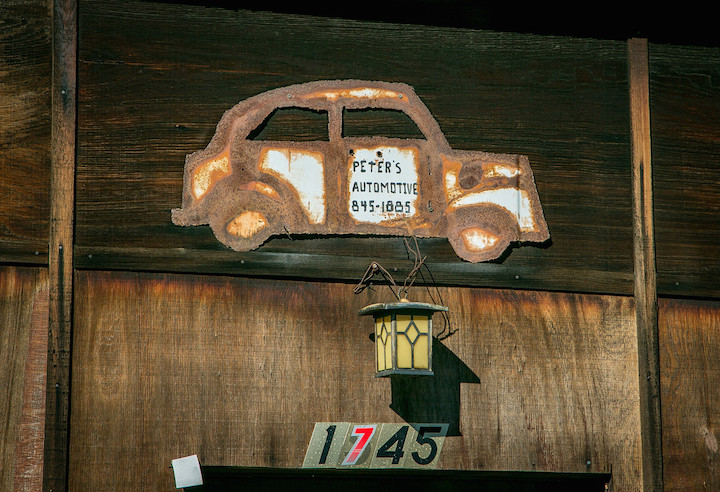 Lastly in three dimensions – how about some automotive topiary on Milvia? 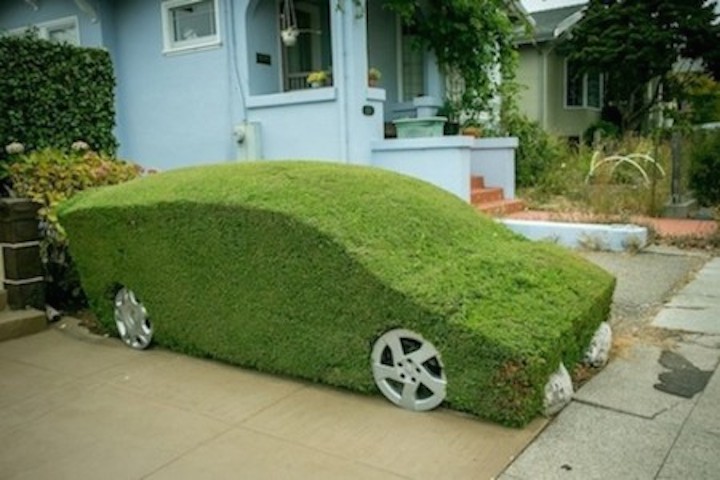 And then paintings of cars – mostly signage but not all.  The not-signage first: 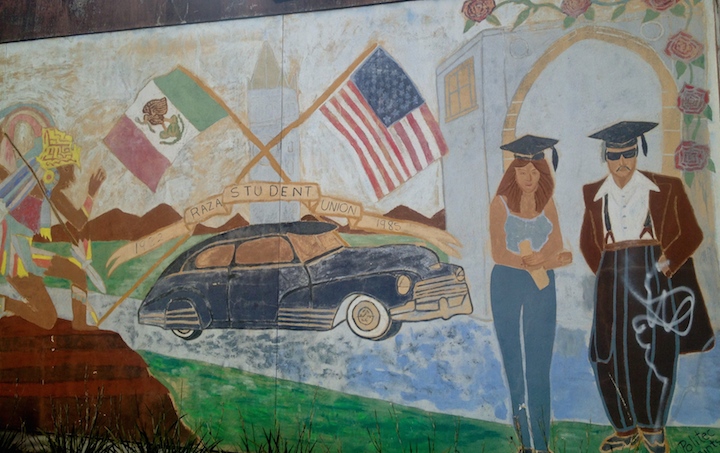 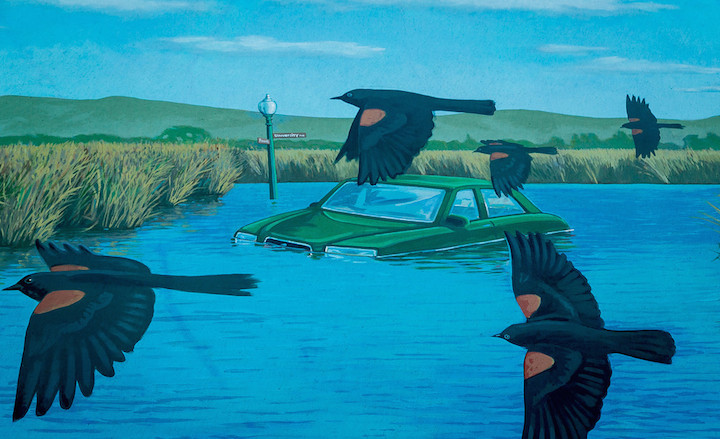 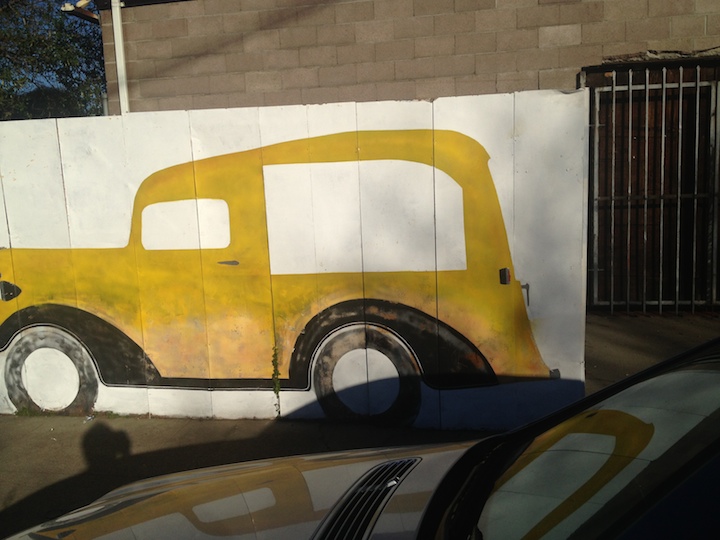 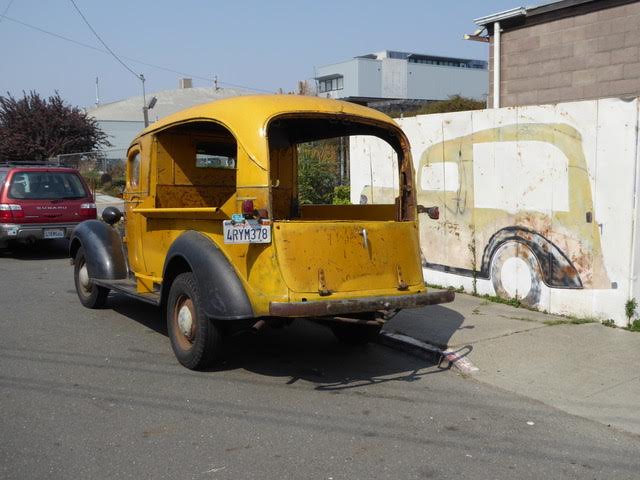 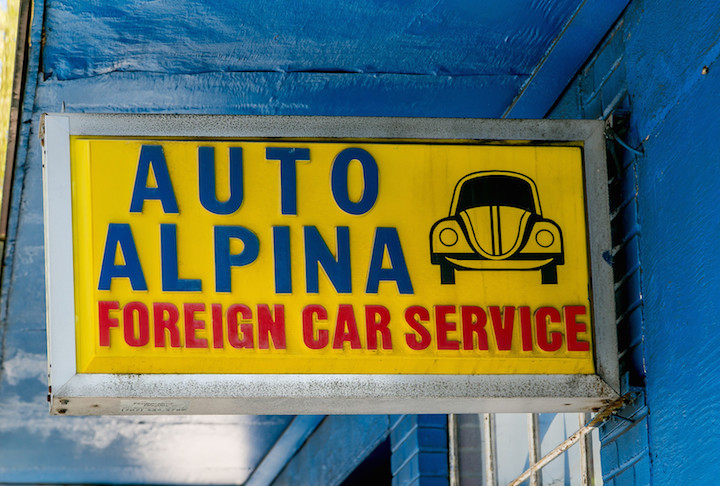 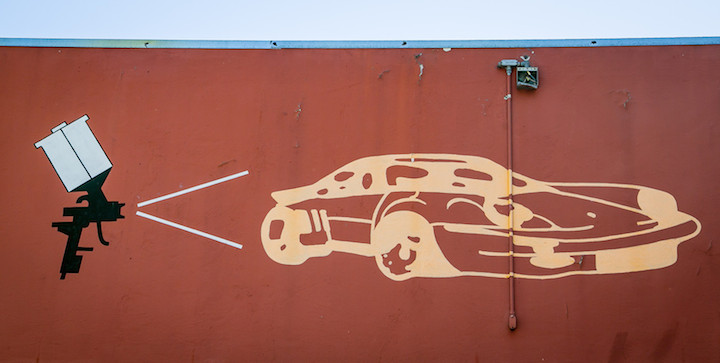 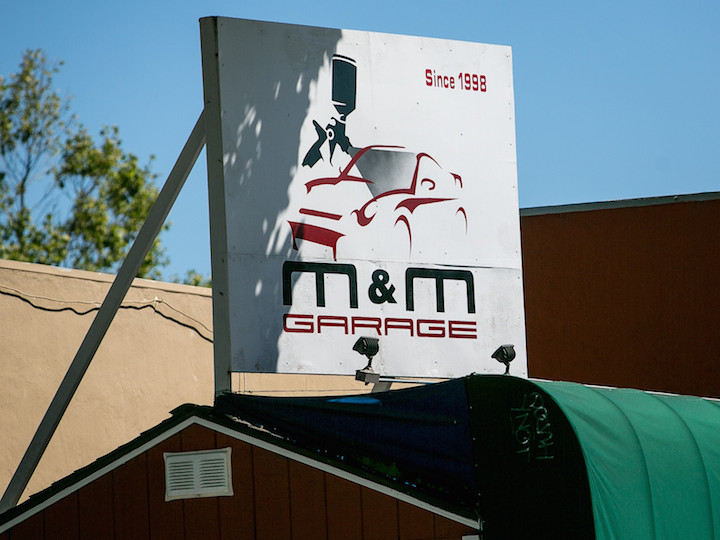 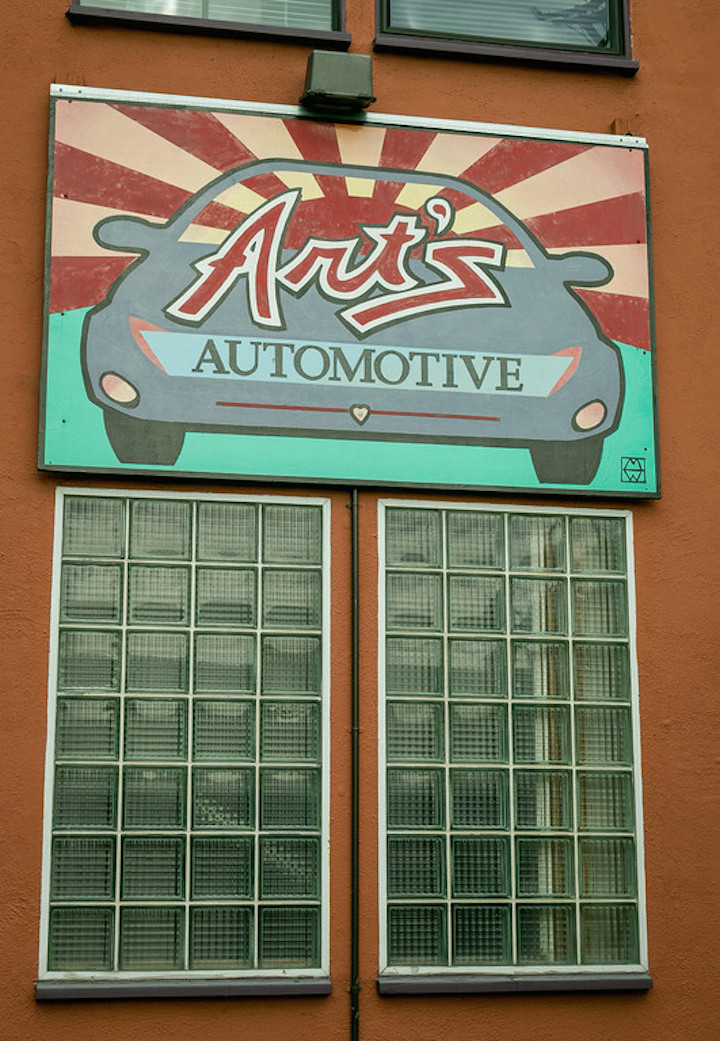 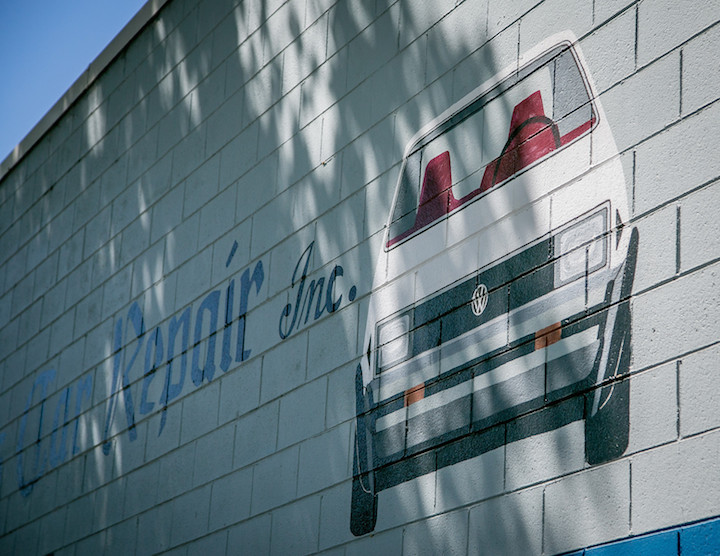 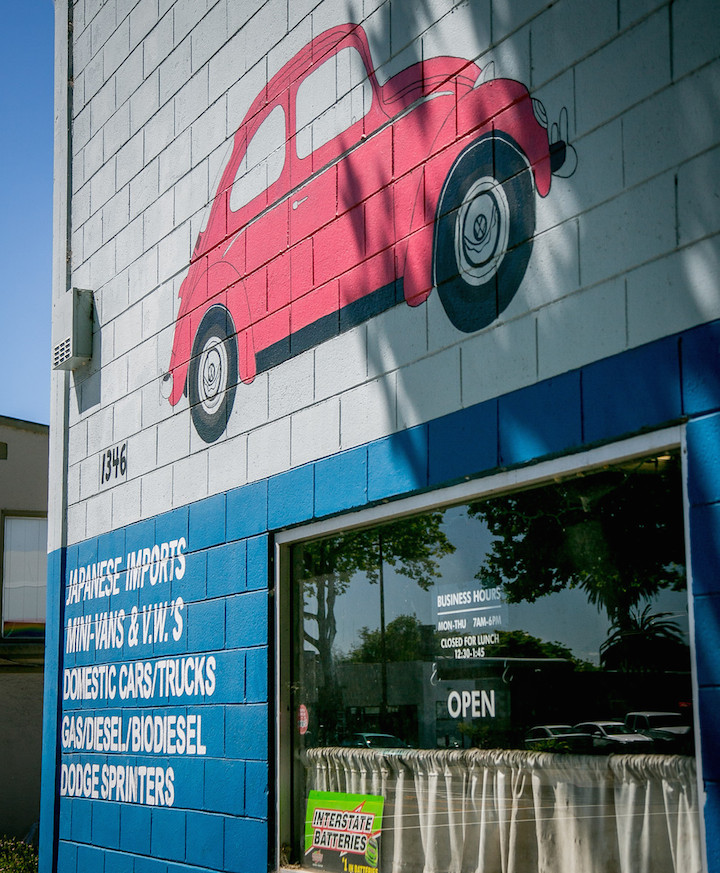 My friend is not mechanically inclined.  He had one car in his life, and he loved that car.  It was a 1950 Willys wagon. 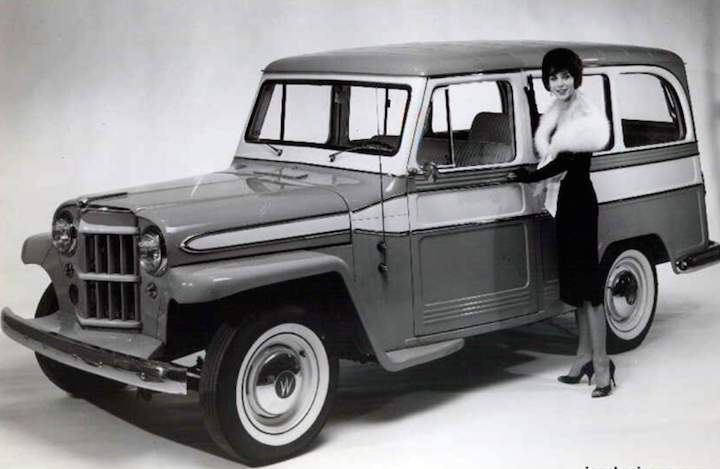 When I first met him he was still driving this car.  He has been without a car for years.

His closest connection with cars is closer than mine.  He hung out with a open-air mechanic friend named Carl “CJ” Becker for years. 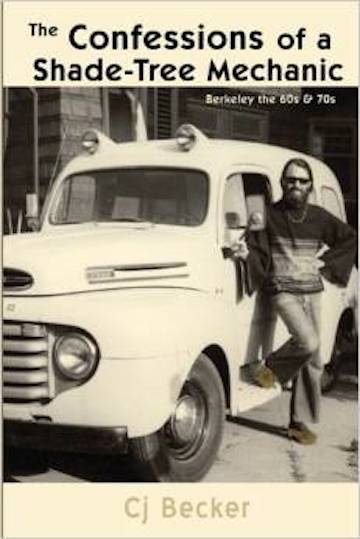 He didn’t pick up much about the way things work from CJ, but he was around the scene enough to pick up some of the lingo.  Becker’s book is a pretty wild tale of a pretty wild time.  My friend keeps his copy of the book nearby.

I asked my friend for his opinion about the car art shown in this posting.  He had an opinion and he was willing to share it.