The popular culture allusion here, I suppose, could be: 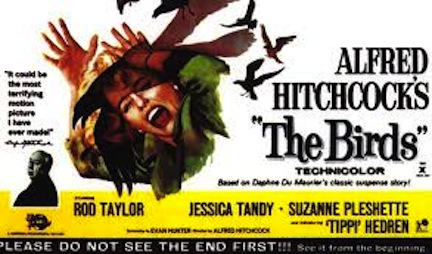 But there is something oh-so-much better.  Put a bird on it!

I mention this not simply as a cultural allusion, although it is a good one.  Portland will come to play a role in later Quirky Berkeley postings.  You see, there is a QB partisan with strong feelings about Portland.  If something happens in Portland, it is not quirky in Berkeley.  Example: urban chicken coops.  A cliche in Portland, thus not even open for discussion with her here.  Example two: donuts.  Because of Voodoo Doughnuts in Portland, no donuts here can be quirky.  So she says.  And so on.  So just keep Portland in mind.

Okay – reset.  Birds painted on mostly homes in Berkeley!  I drive by this Escher-esque bird painting on Oxford Street almost every day.  It is faded but cool: 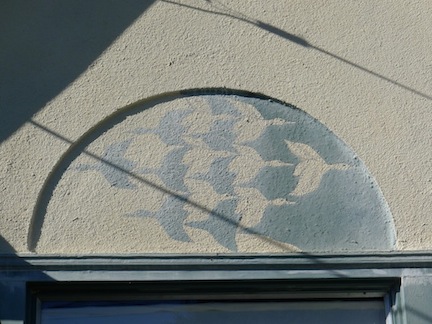 This one harkens to the National Recovery Act, at least to my eye: 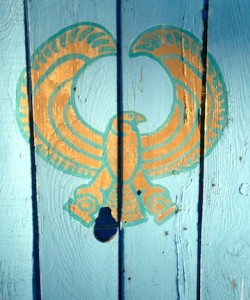 And then a handful of just plain painted birds: 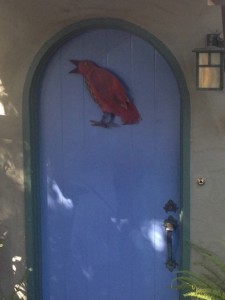 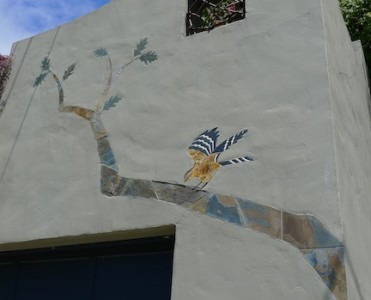 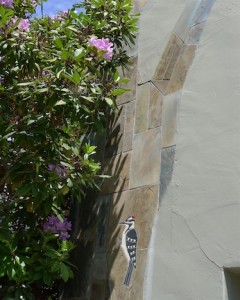 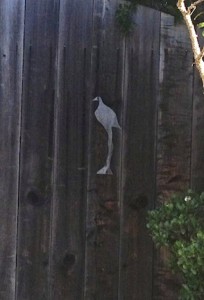 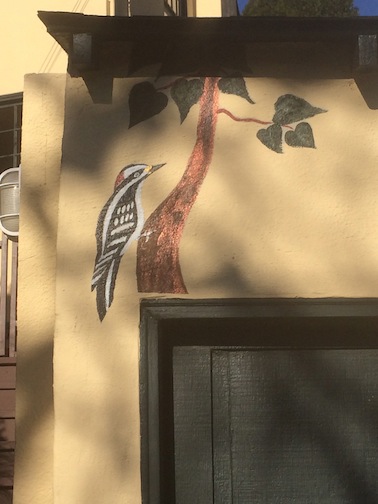 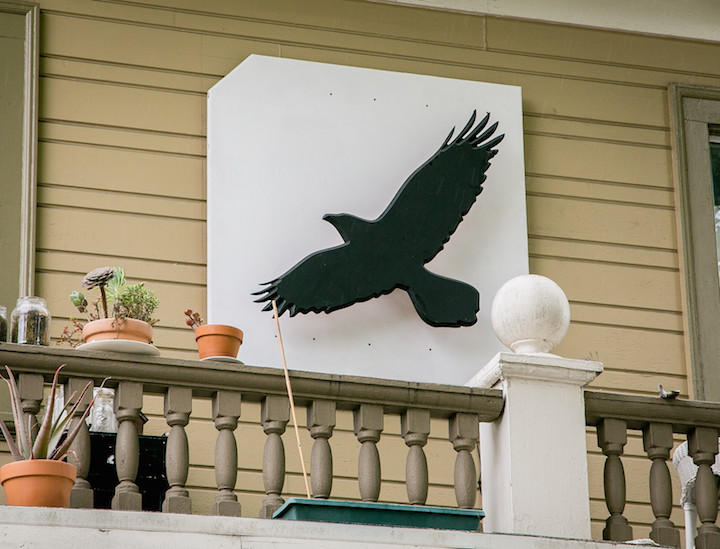 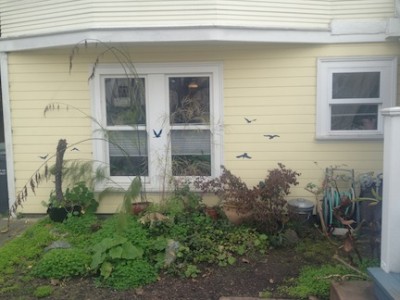 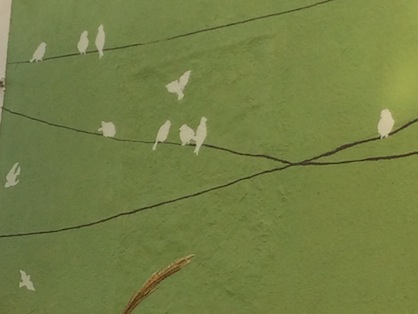 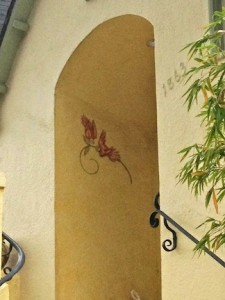 The ultimate Painted Birds house is found at 2200 Sixth Street, on the southwest corner of Allston and Sixth. 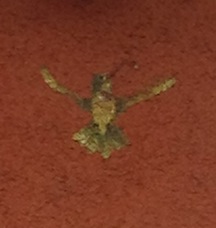 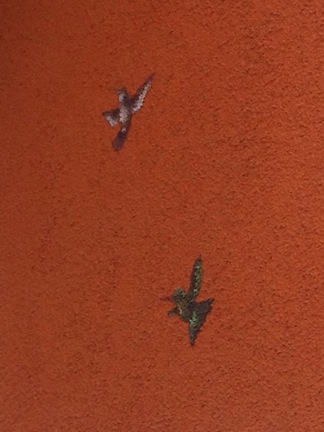 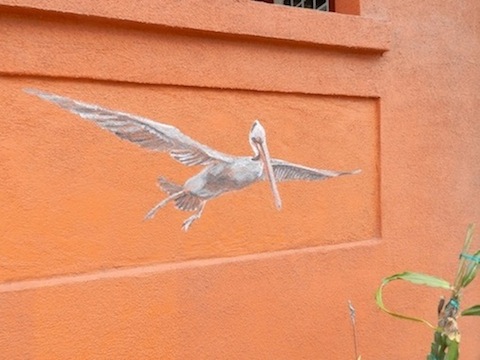 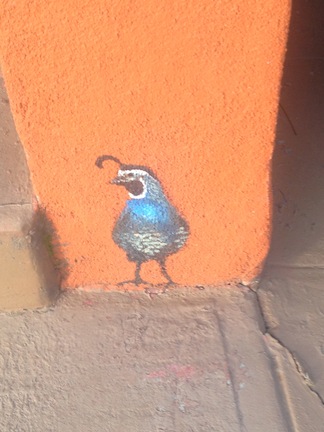 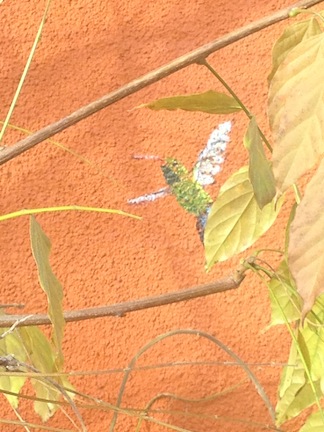 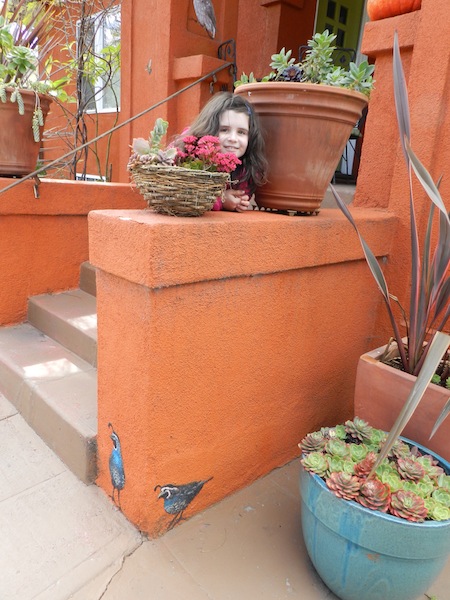 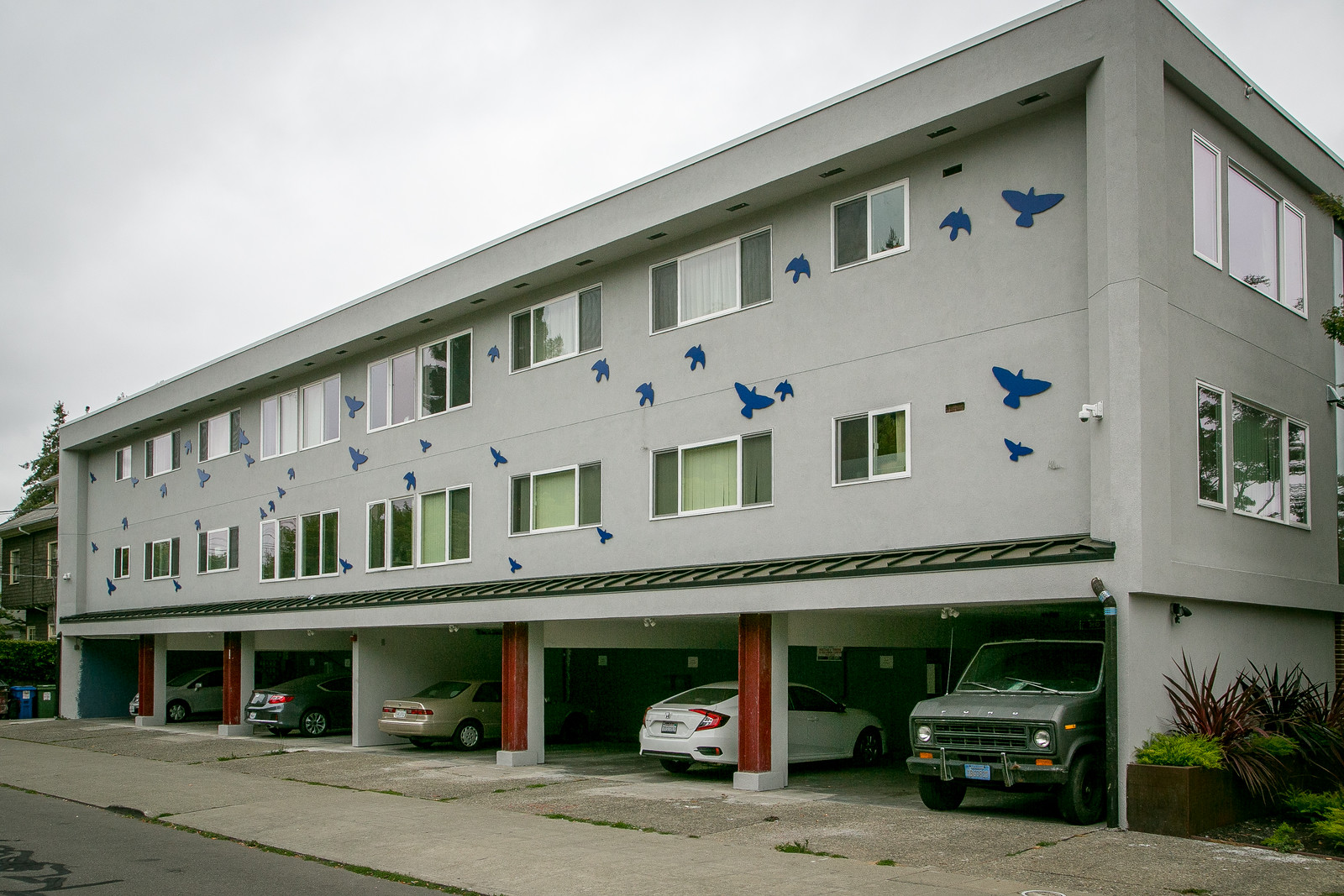 And where better to find painted birds than the Audubon Society? 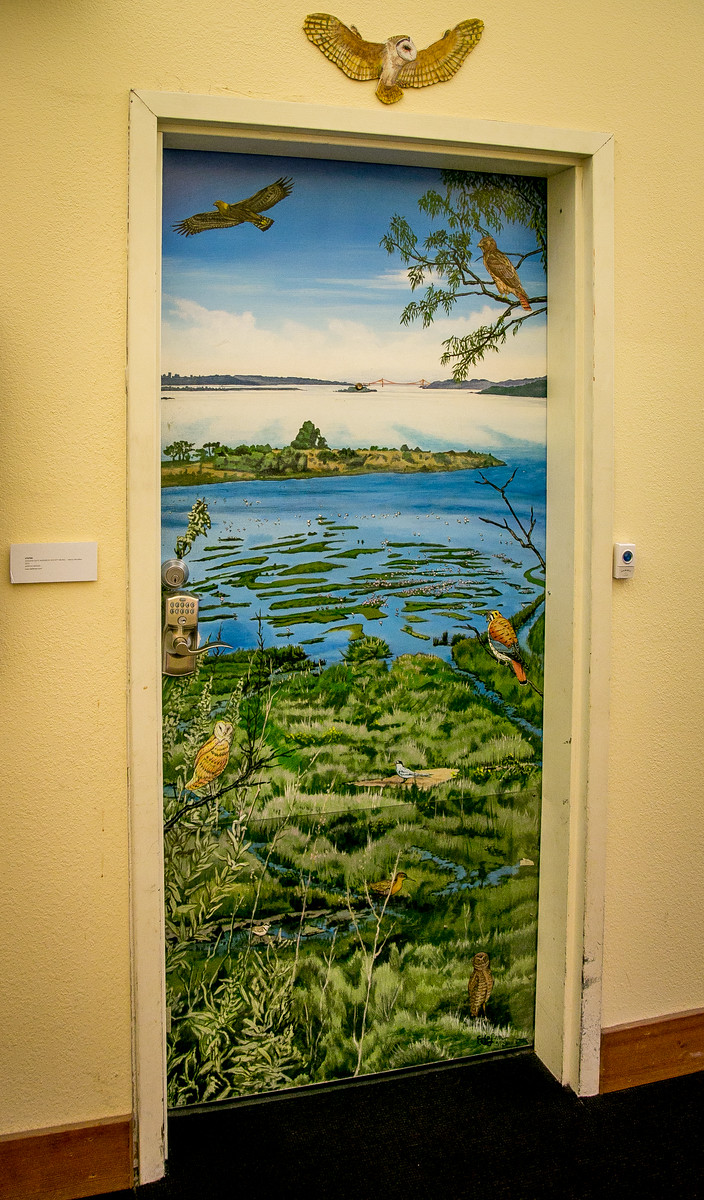 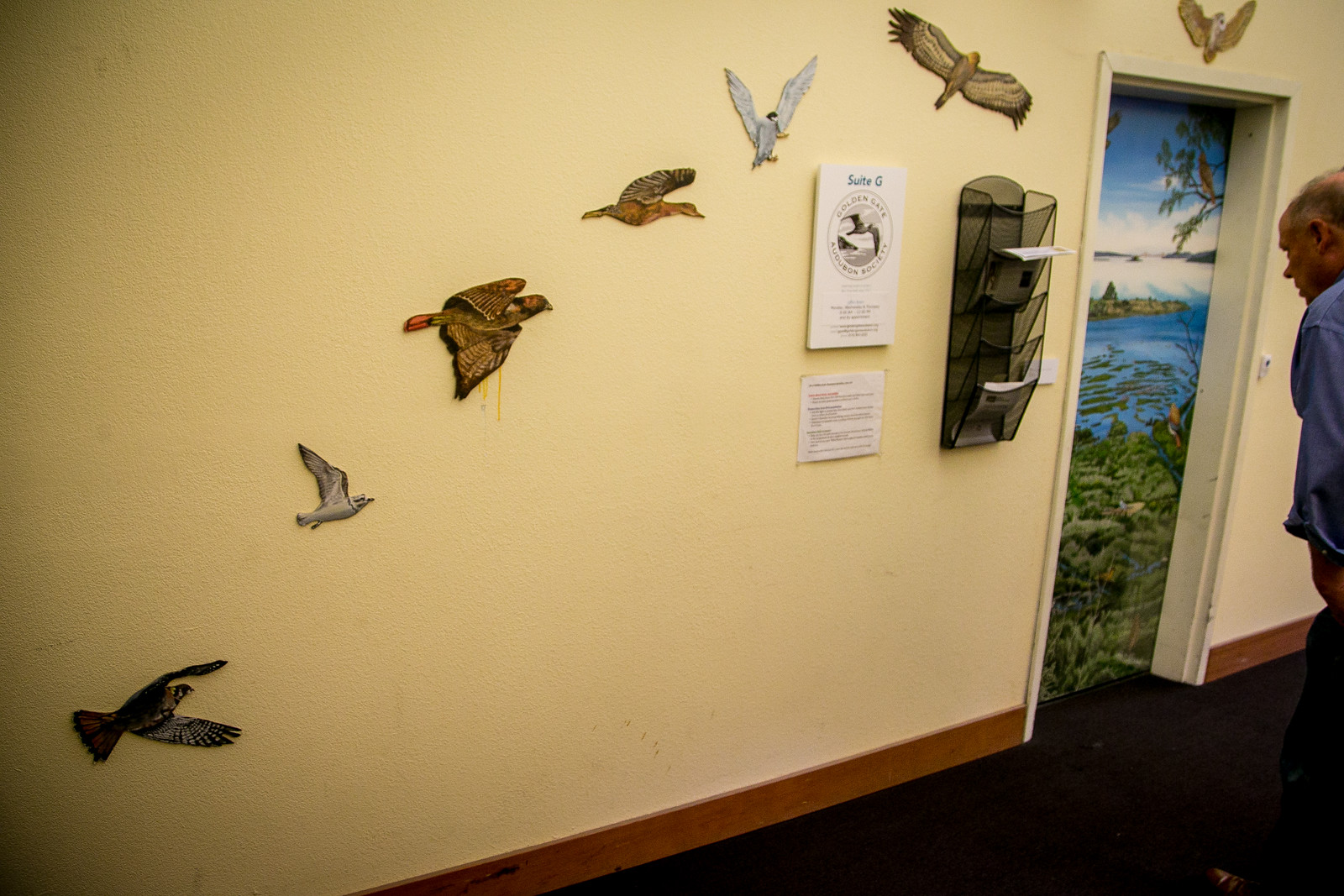 I asked my friend what he thought of the painted birds.  He reminded me of a trip we took in the spring of 1969 to the Pine Barrens of New Jersey where we bought an unpainted wooden duck.  “No paint, dude, on that bird,” he said.  He then said, as he often says, “Are birds free from the chains of the skyway?”  The photos?  He was, frankly, more interested in watching Hitchcock, but he did say: