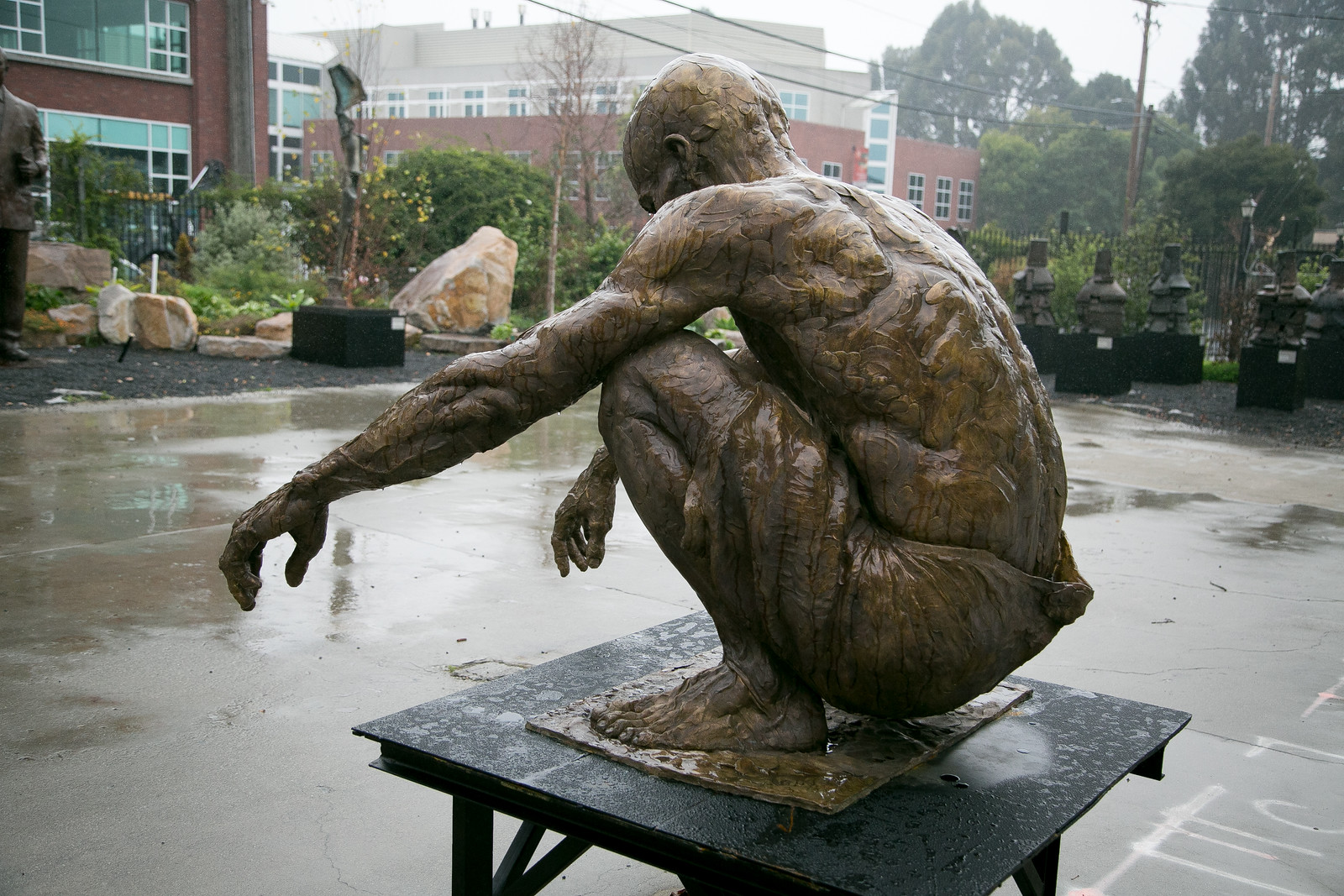 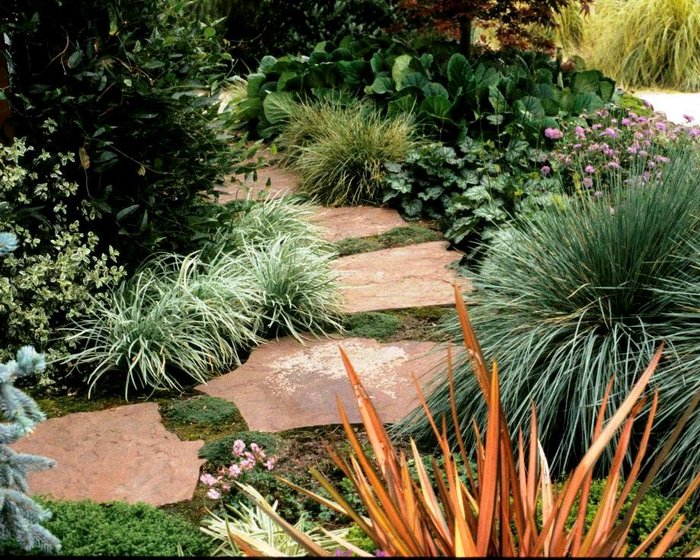 In the 1980s and early 1990s, the Magic Garden Nursery at 729 Heinz was one of my favorite nurseries in Berkeley.  I have vivid memories of Jake and Julia there as young children.

But then it closed. 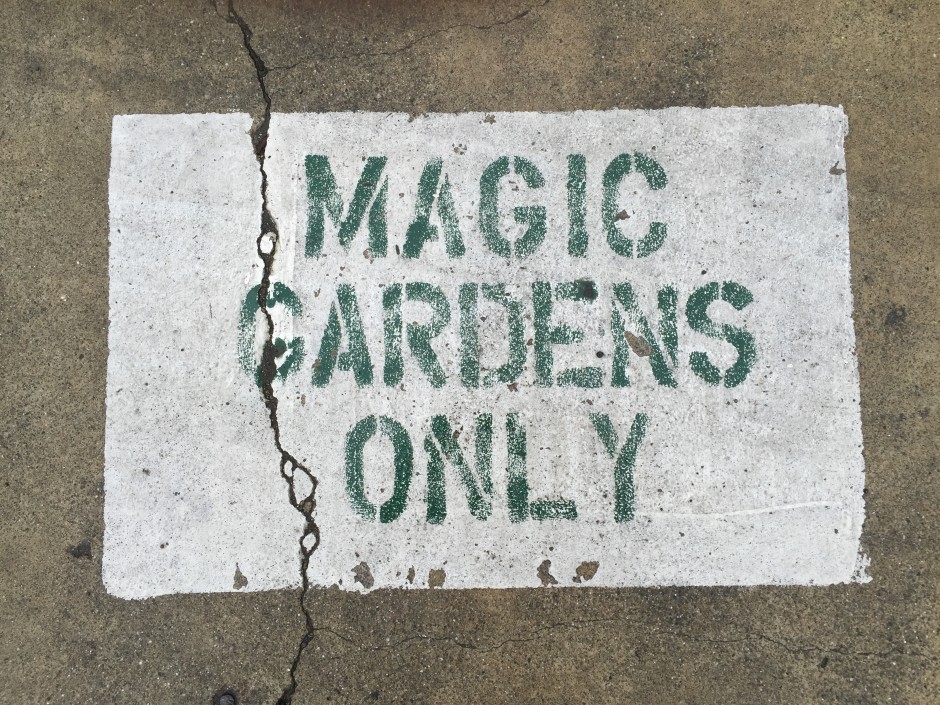 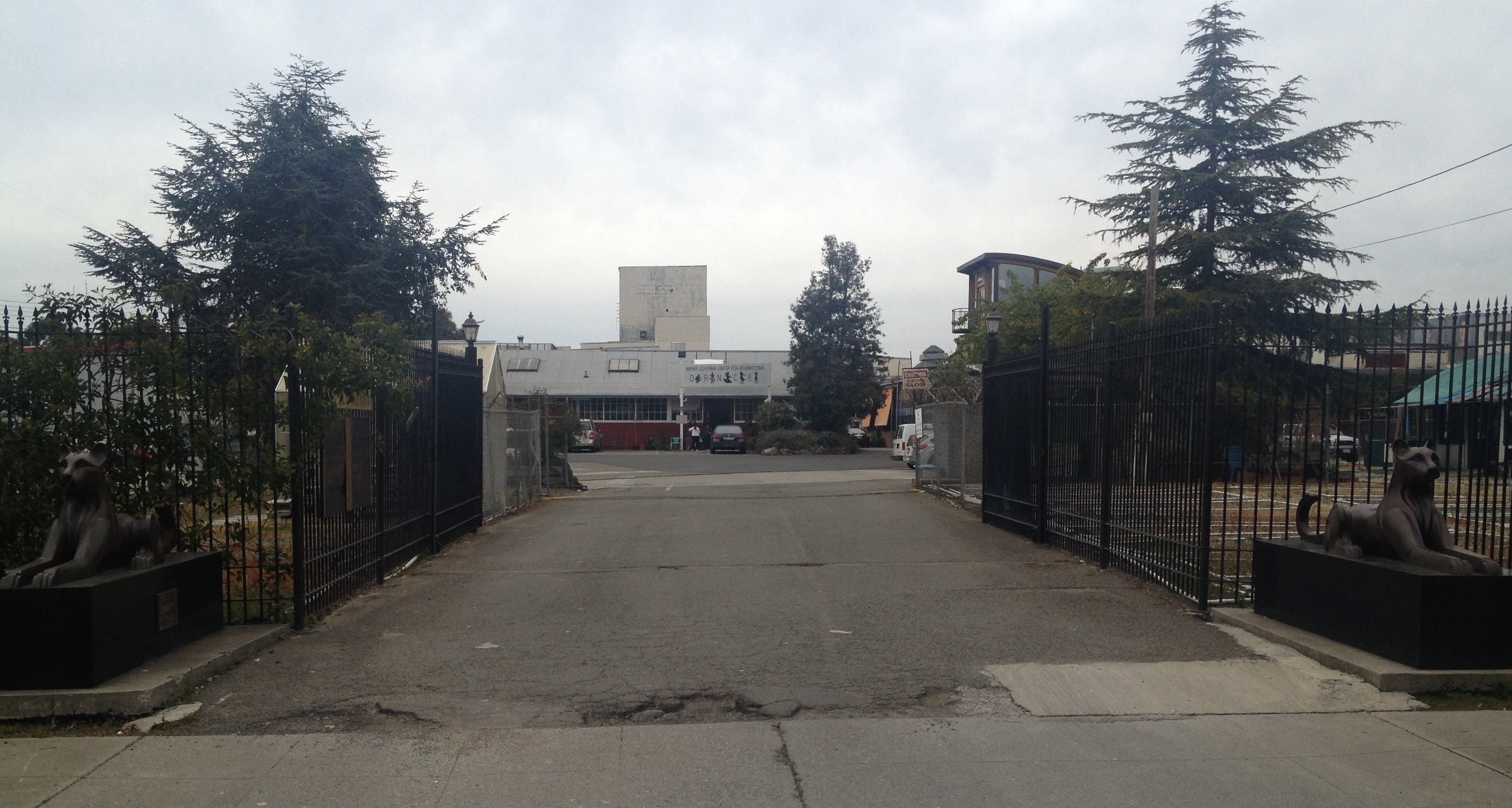 This is what the site looked like in March, 2013, when I first walked Heinz.  Desolation.

But not for long.  The area is reinventing itself, which is something that we in Berkeley do all the time.  Berkeley Bowl West is a few blocks away.  And – 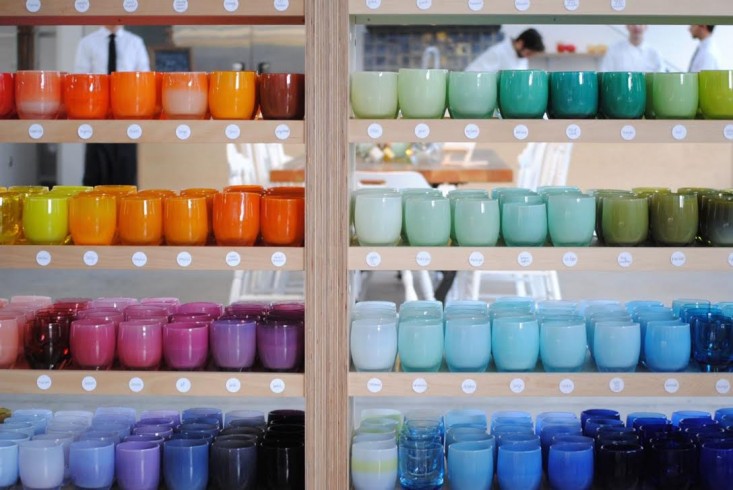 Glassybaby from Seattle moved in just east of what-used-to-be-Magic-Gardens on Heinz.  Lee Rhodes founded Glassybaby with the premise of diverting profits to support cancer patients and their families during treatment.  Big glass ovens.  Glass blowing.  Lovely glasses and votive candle holders.  It is not what I am writing about here but it is so worth a visit.

And the desolation that had been what used to be Magic Gardens came to life.

The Artworks Foundry is there. It is one of the nation’s leading foundries for the production and restoration of bronze sculptures, reliefs and monuments.  Sculptures cast at Artworks Foundry populate the space that once was Magic Gardens.

The lineup changes.  These photos are from a drizzly gray Sunday in Dcember 2015.

One of the guardians of the gate that I saw in 2013 is still there. 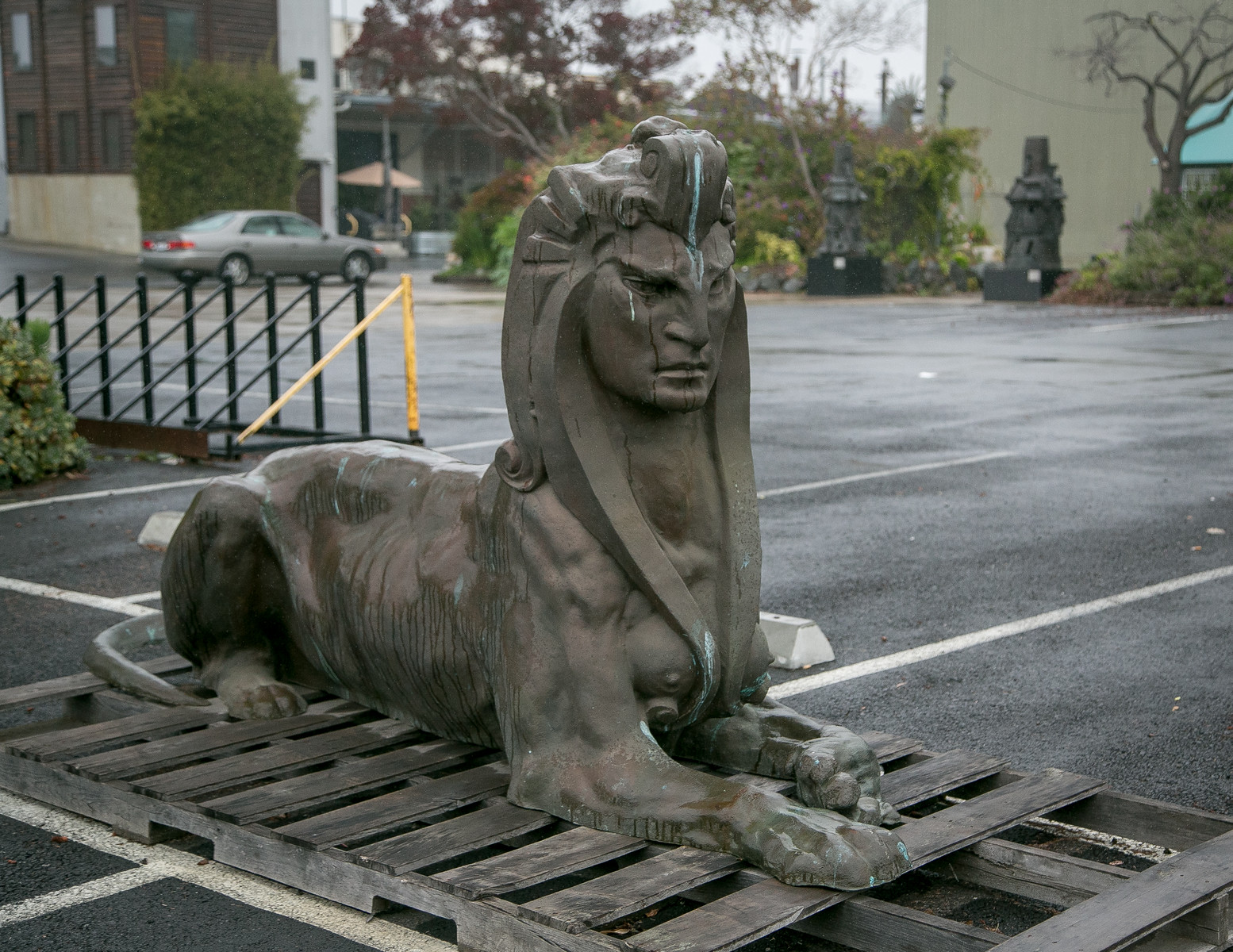 Is this a sphinx?  On a pallet, meaning going somewhere?

Some of the sculptures are representational. 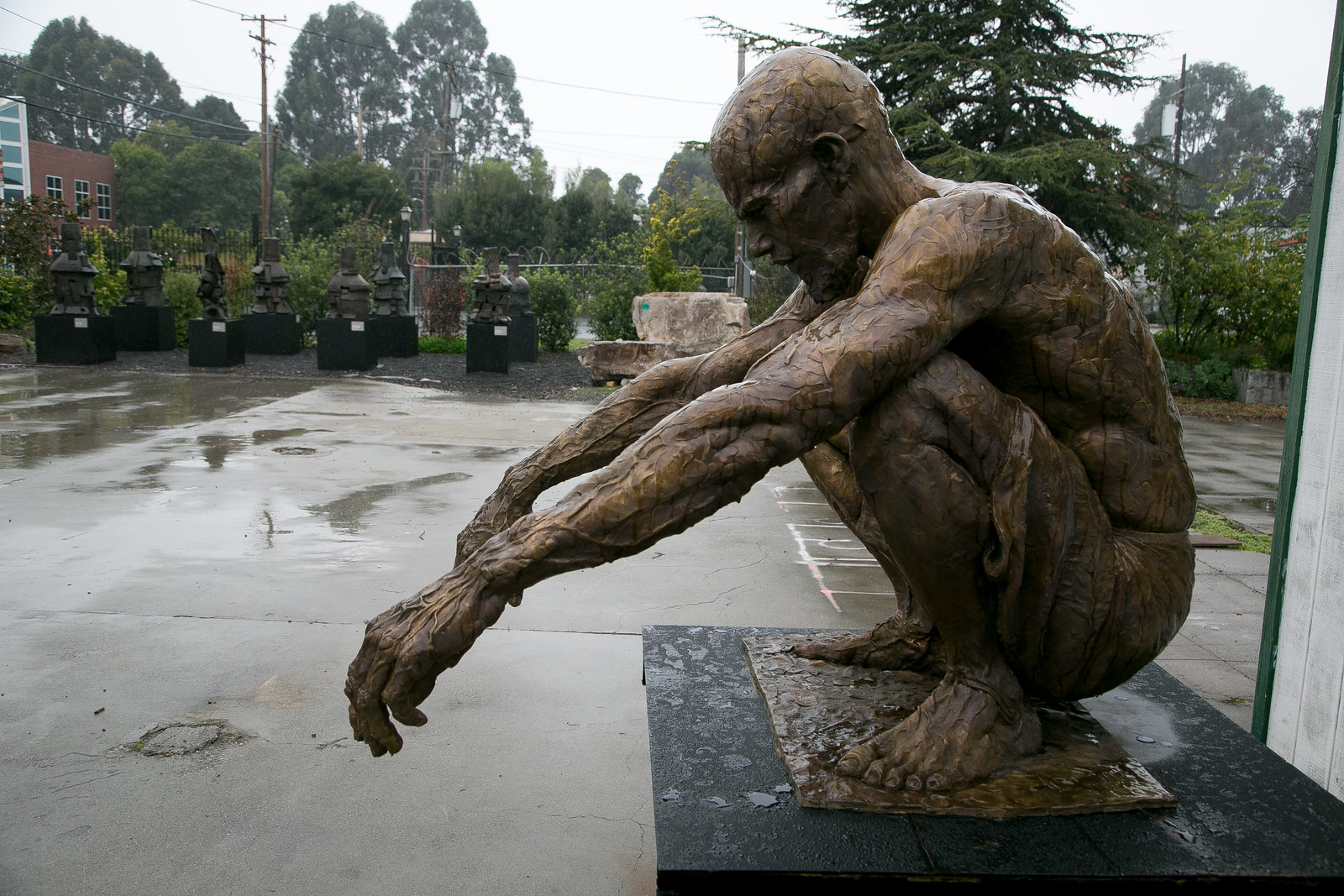 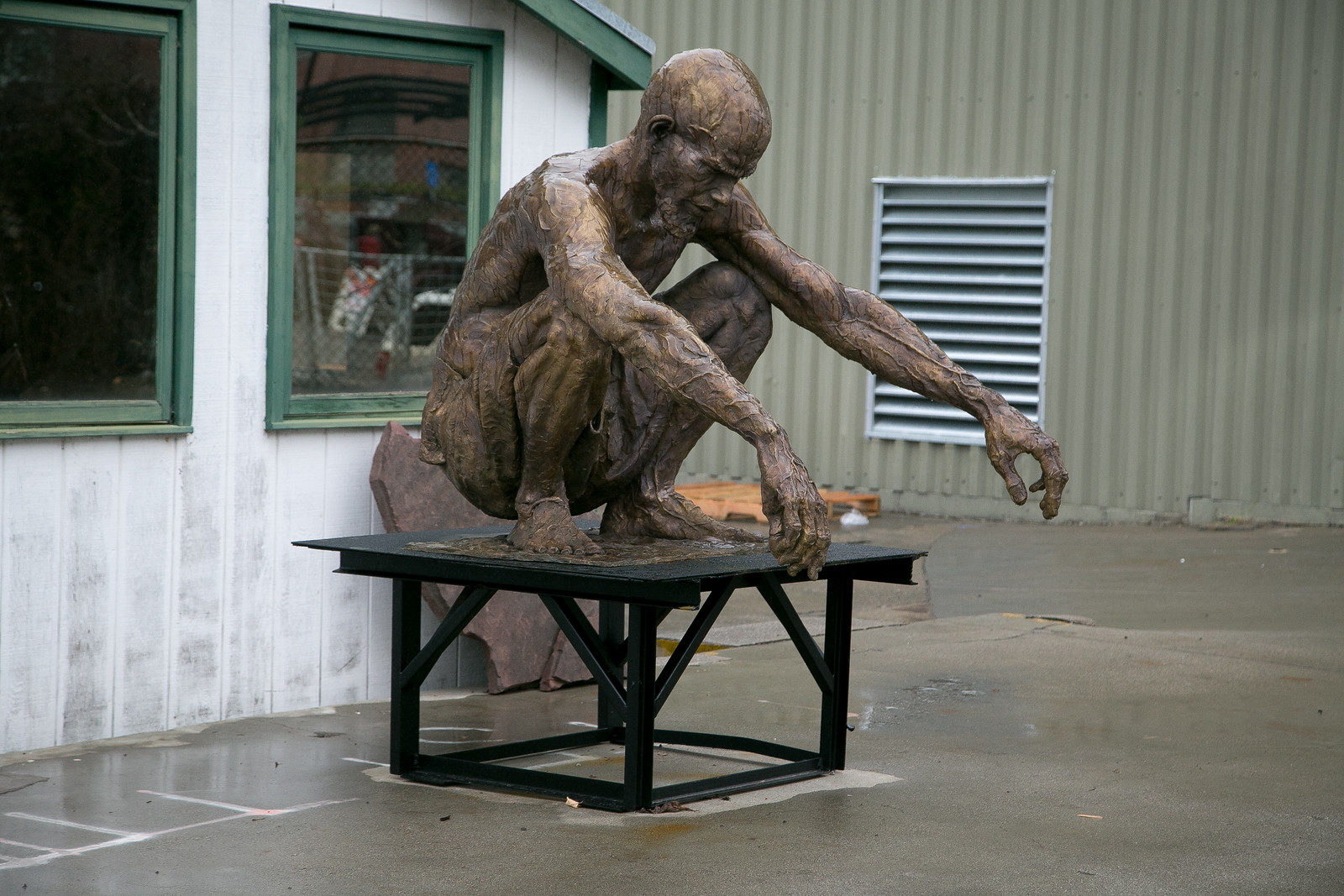 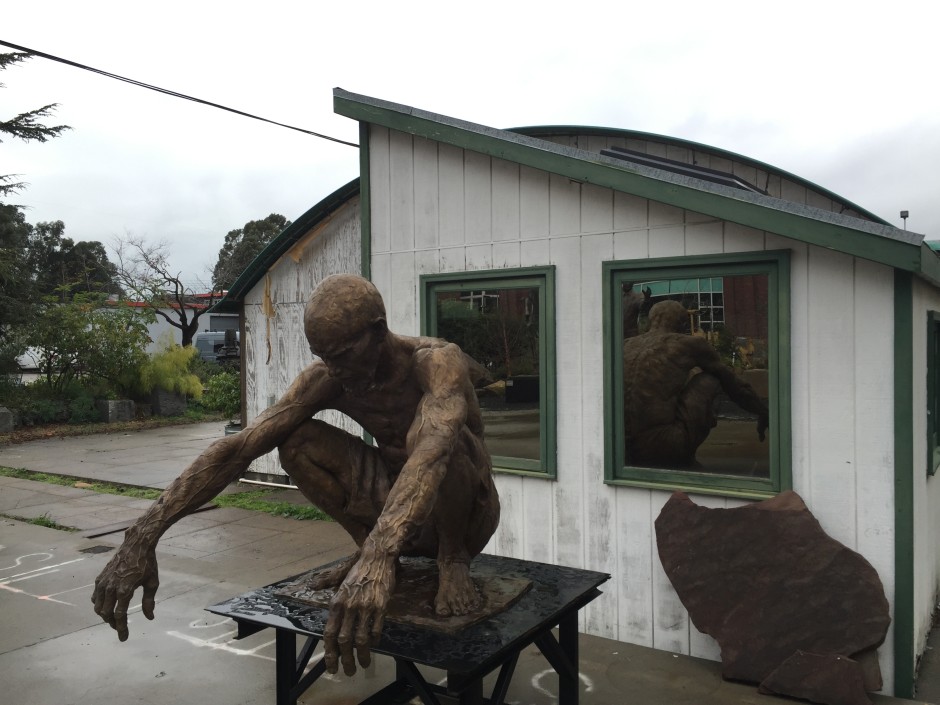 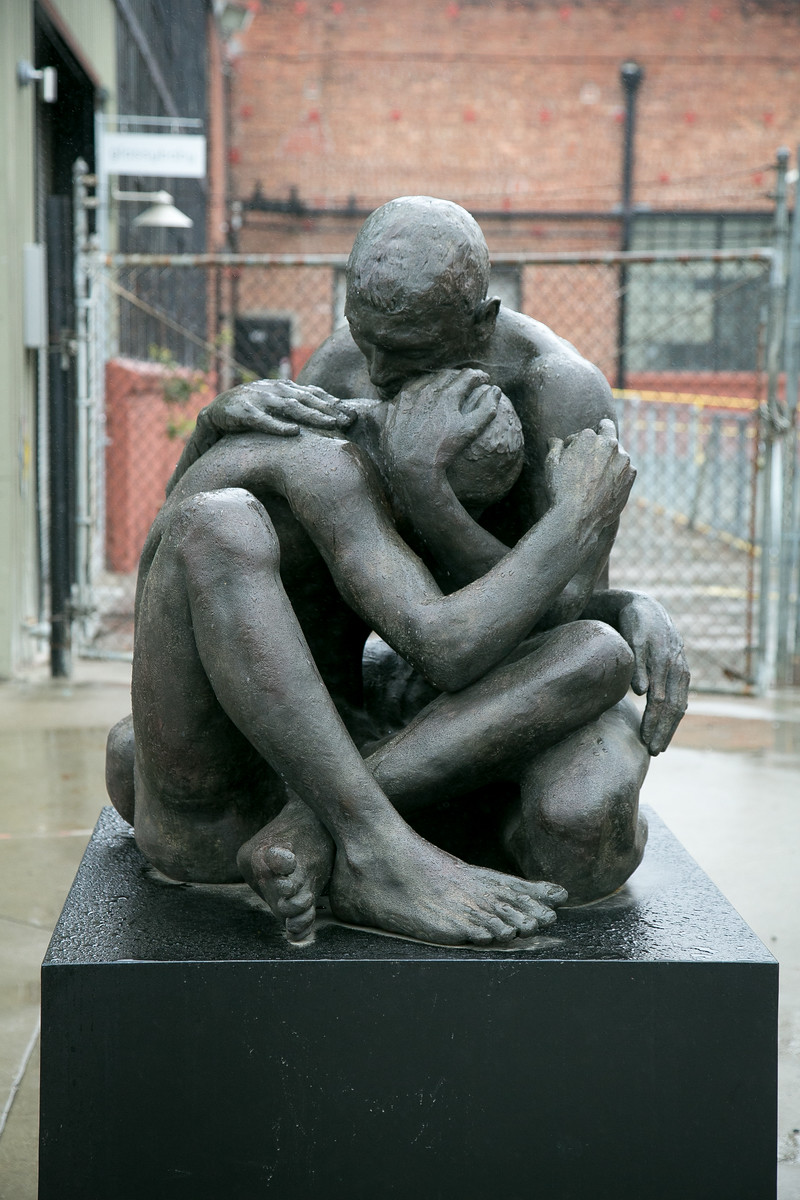 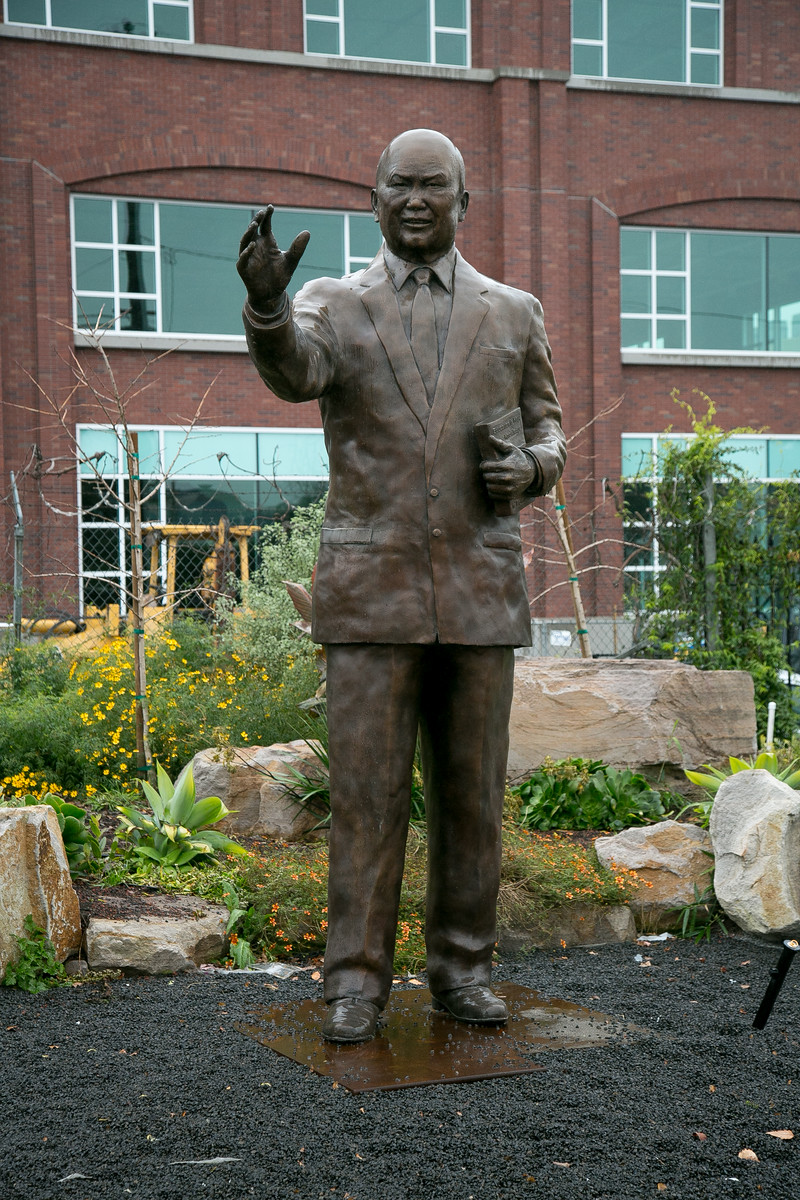 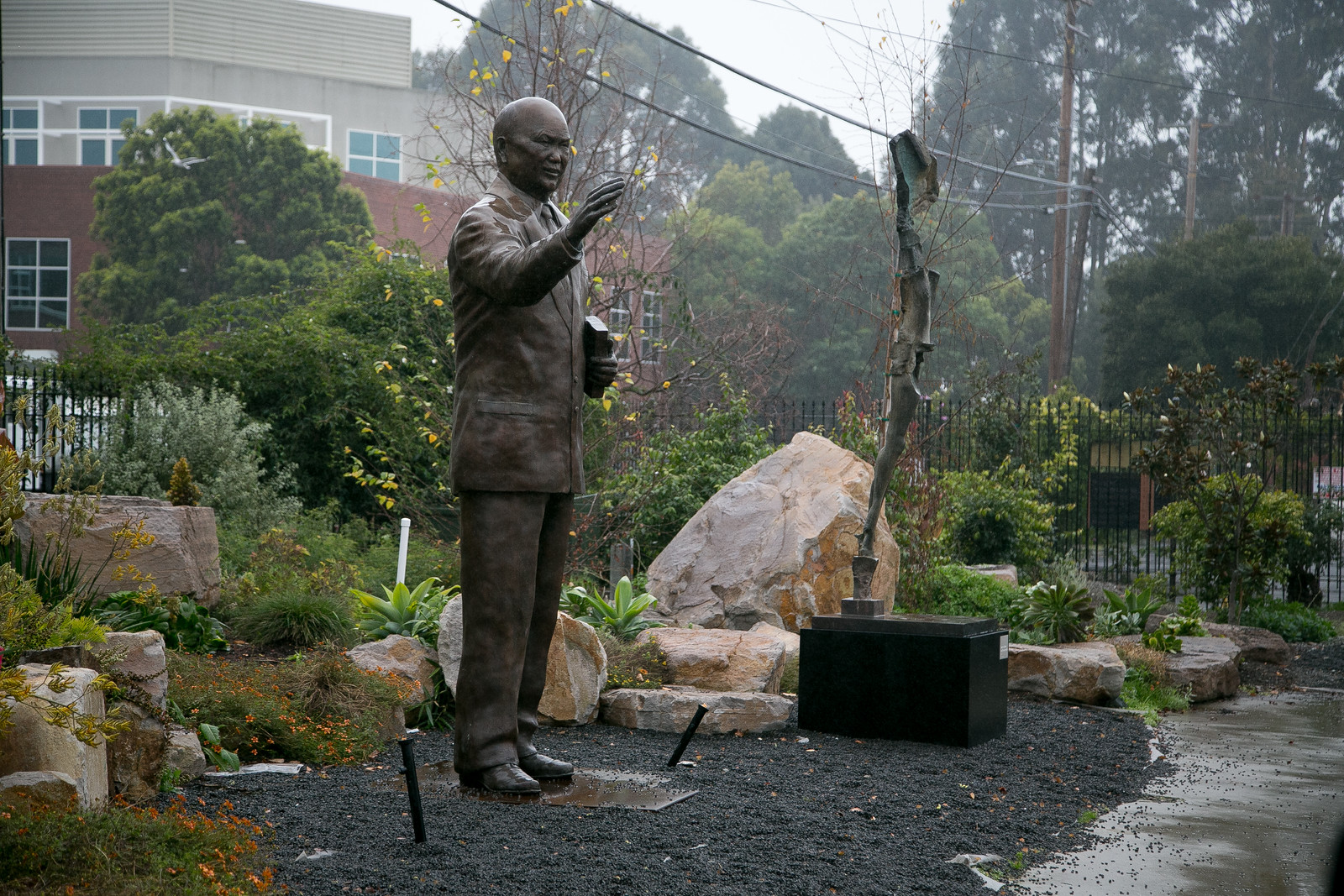 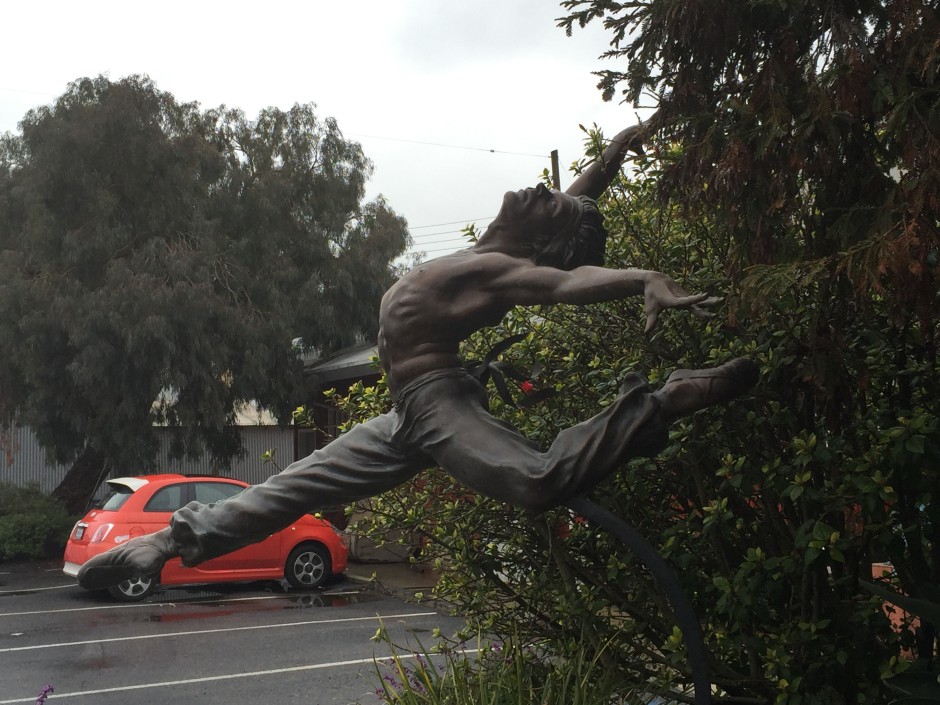 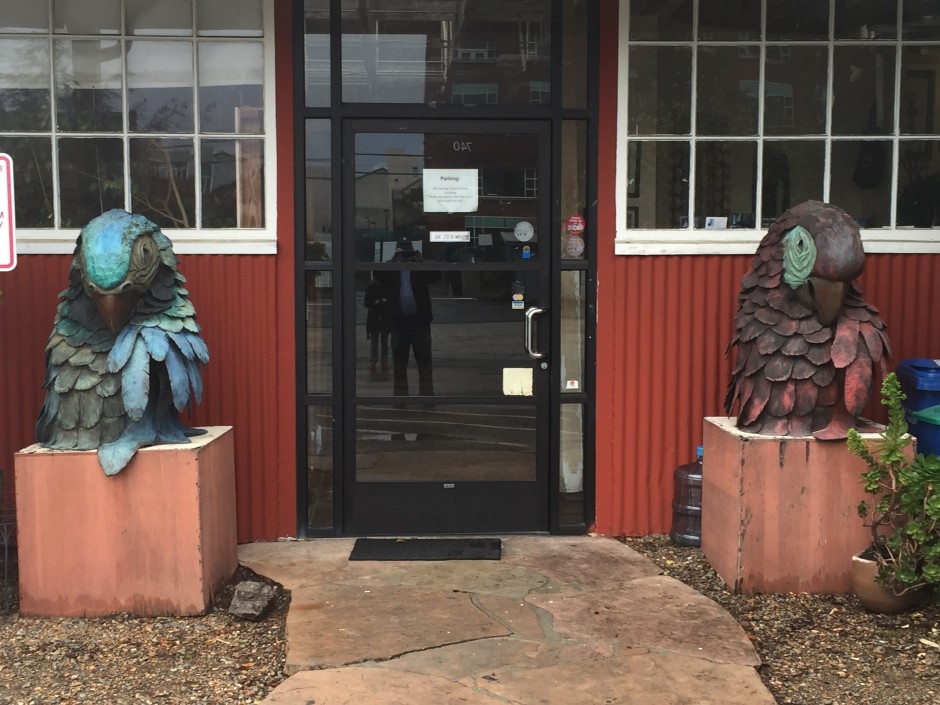 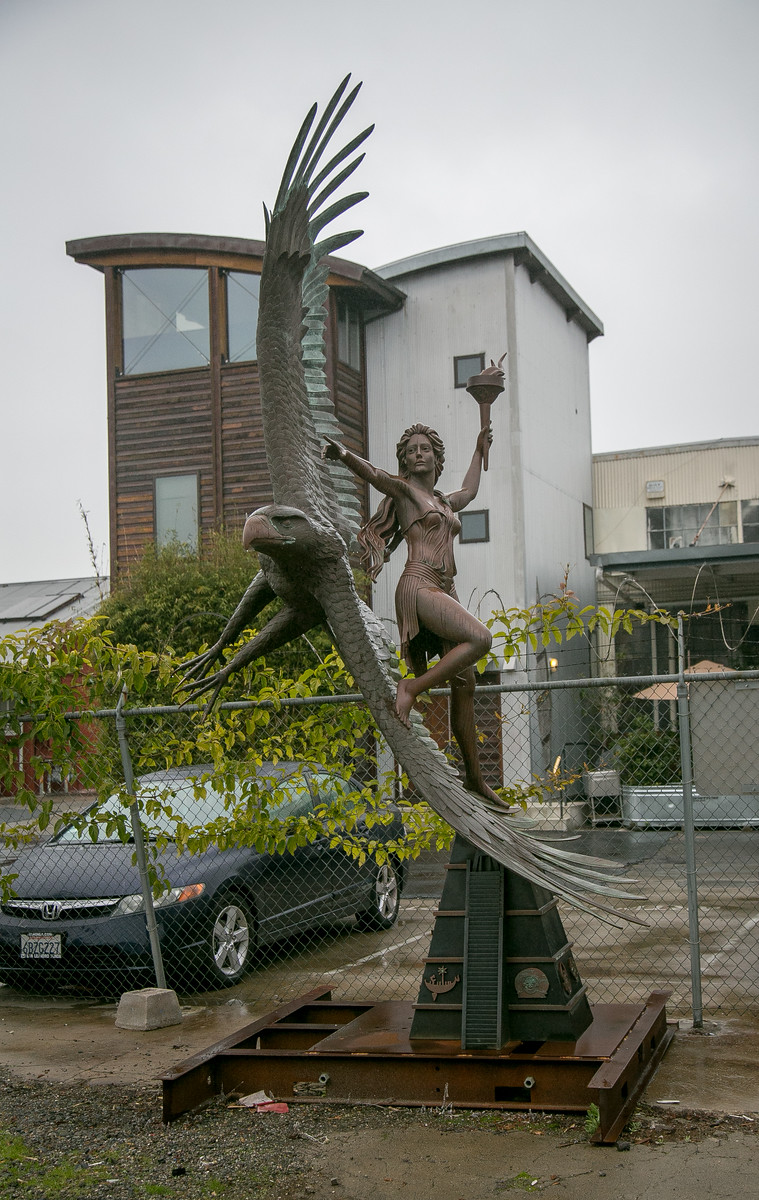 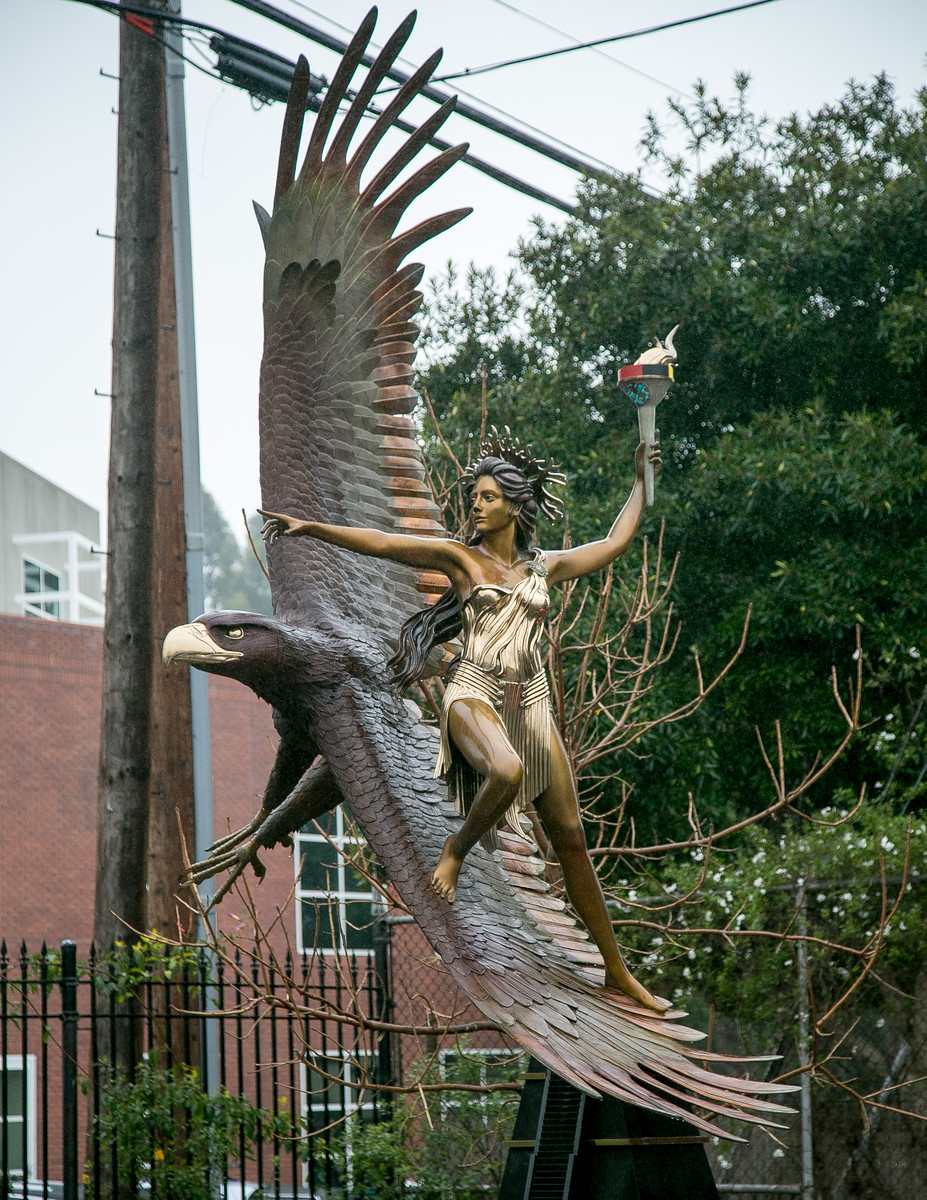 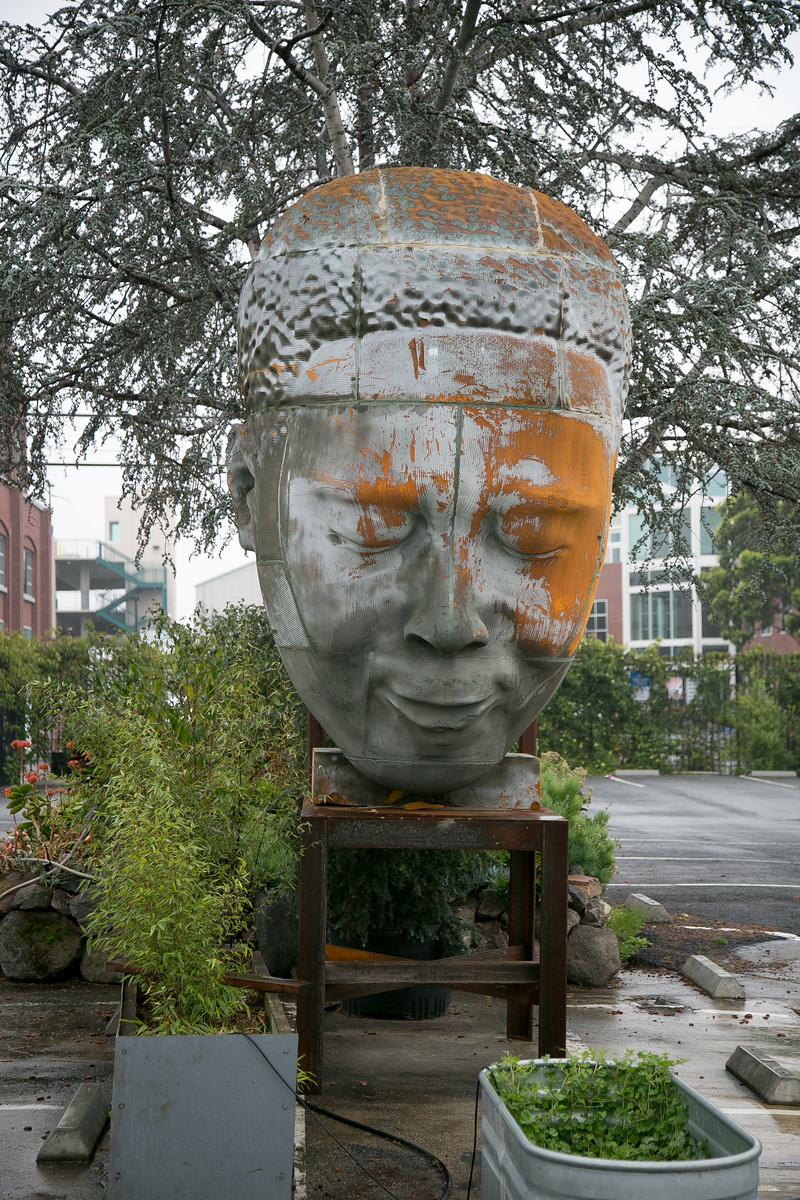 And some are figurative which I use to mean more abstract than purely representational but still derived from real object sources. 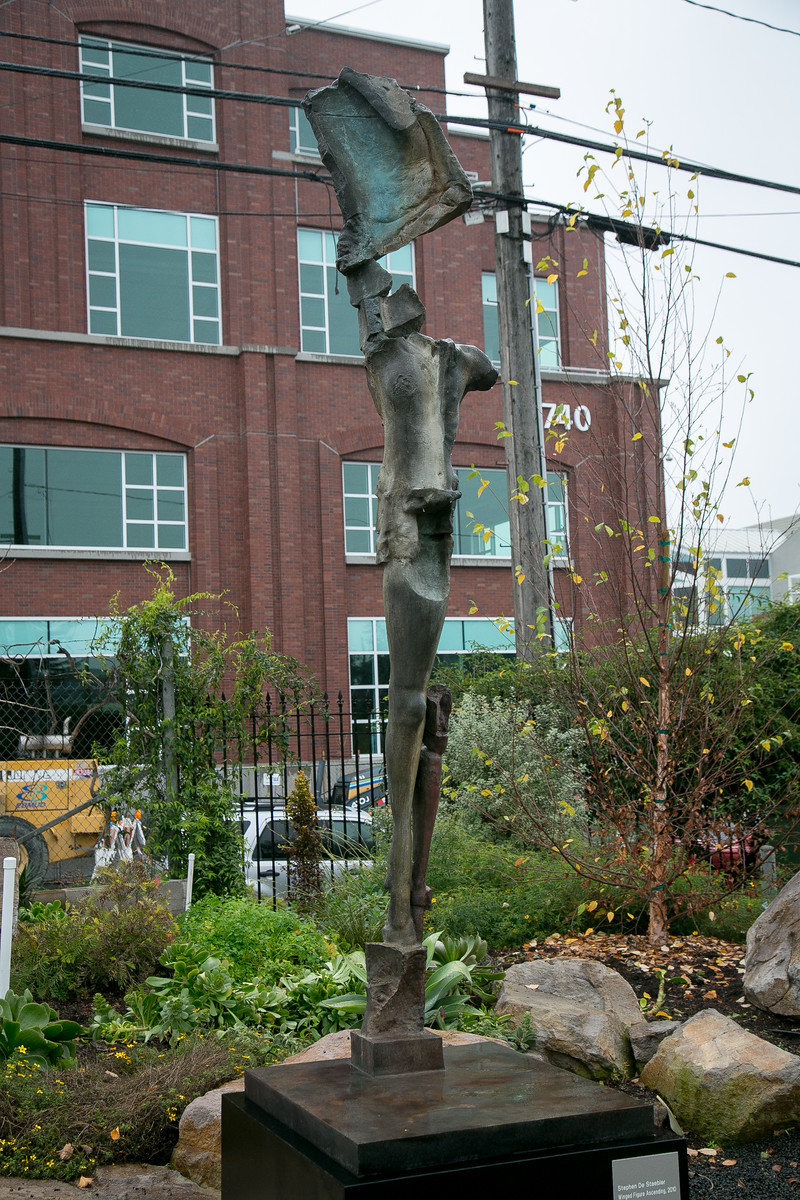 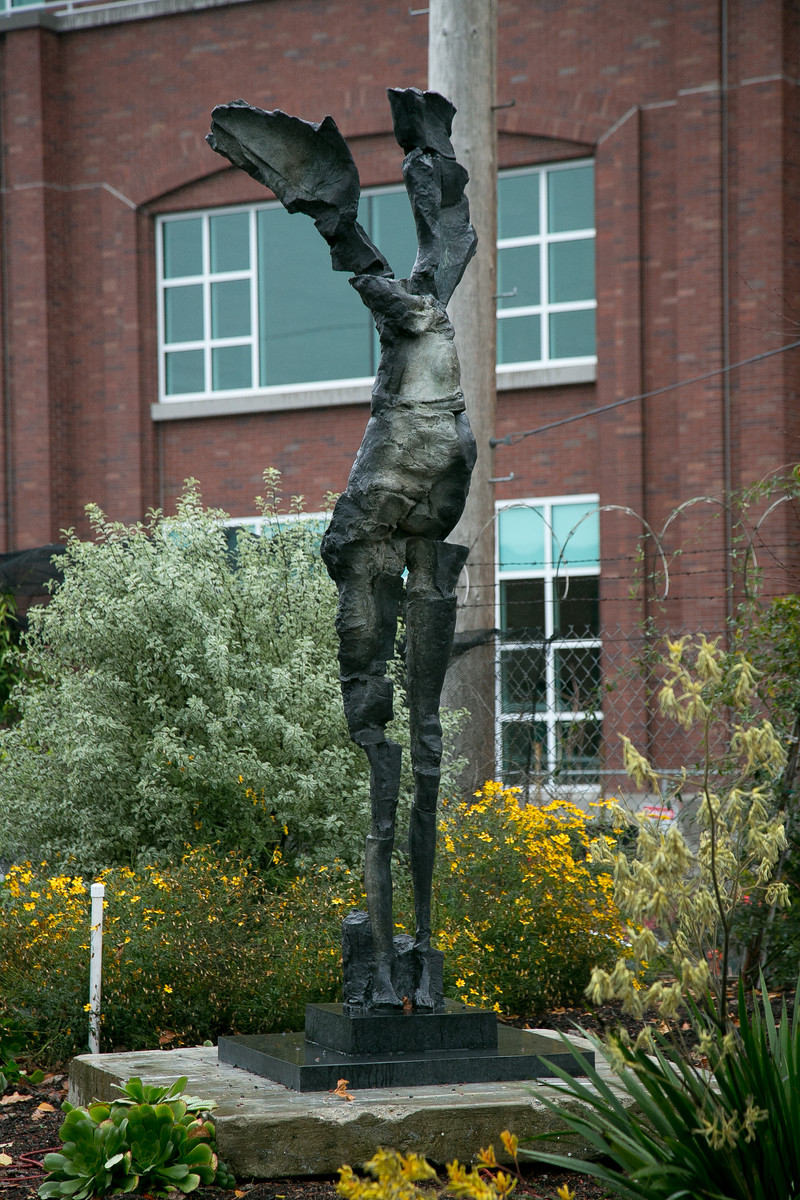 These pieces are by the late Stephen De Staebler, a Bay Area sculptor who worked in clay and bronze.

Among the abstract pieces are a number of works by Peter Voulkos, largely remembered as a ground-breaking ceramacist. 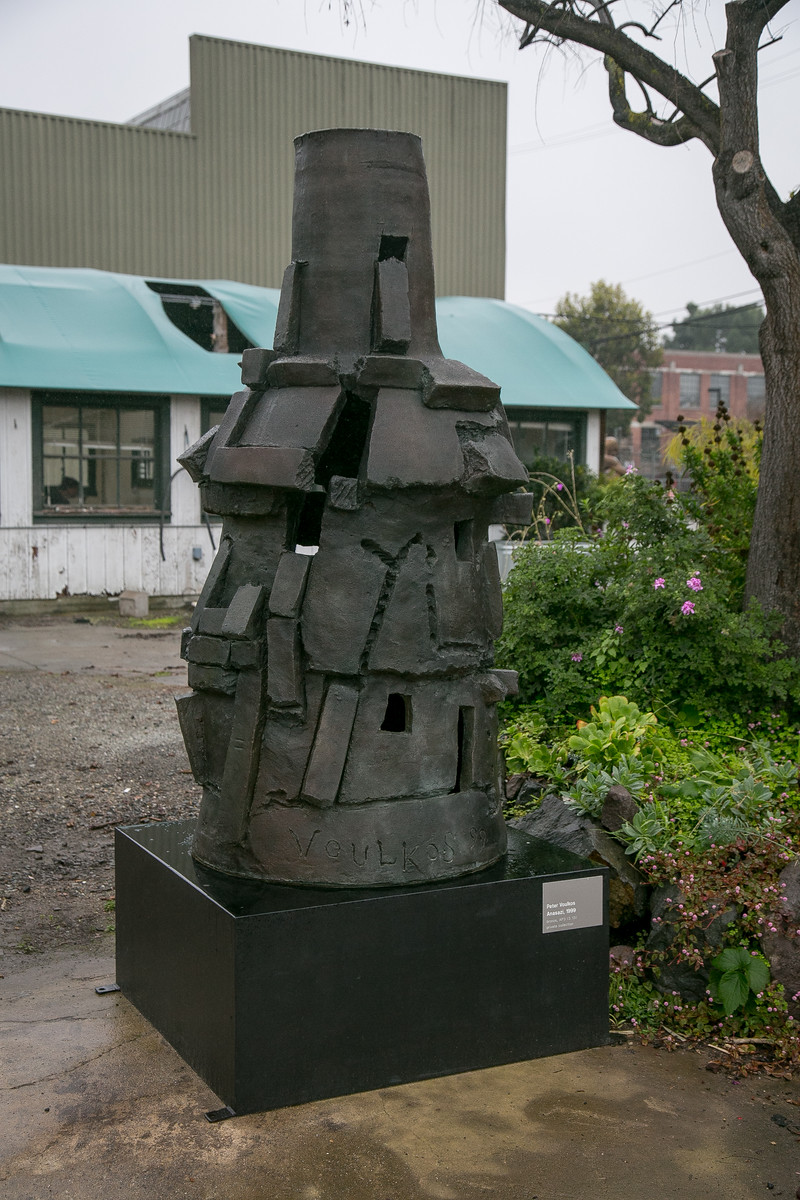 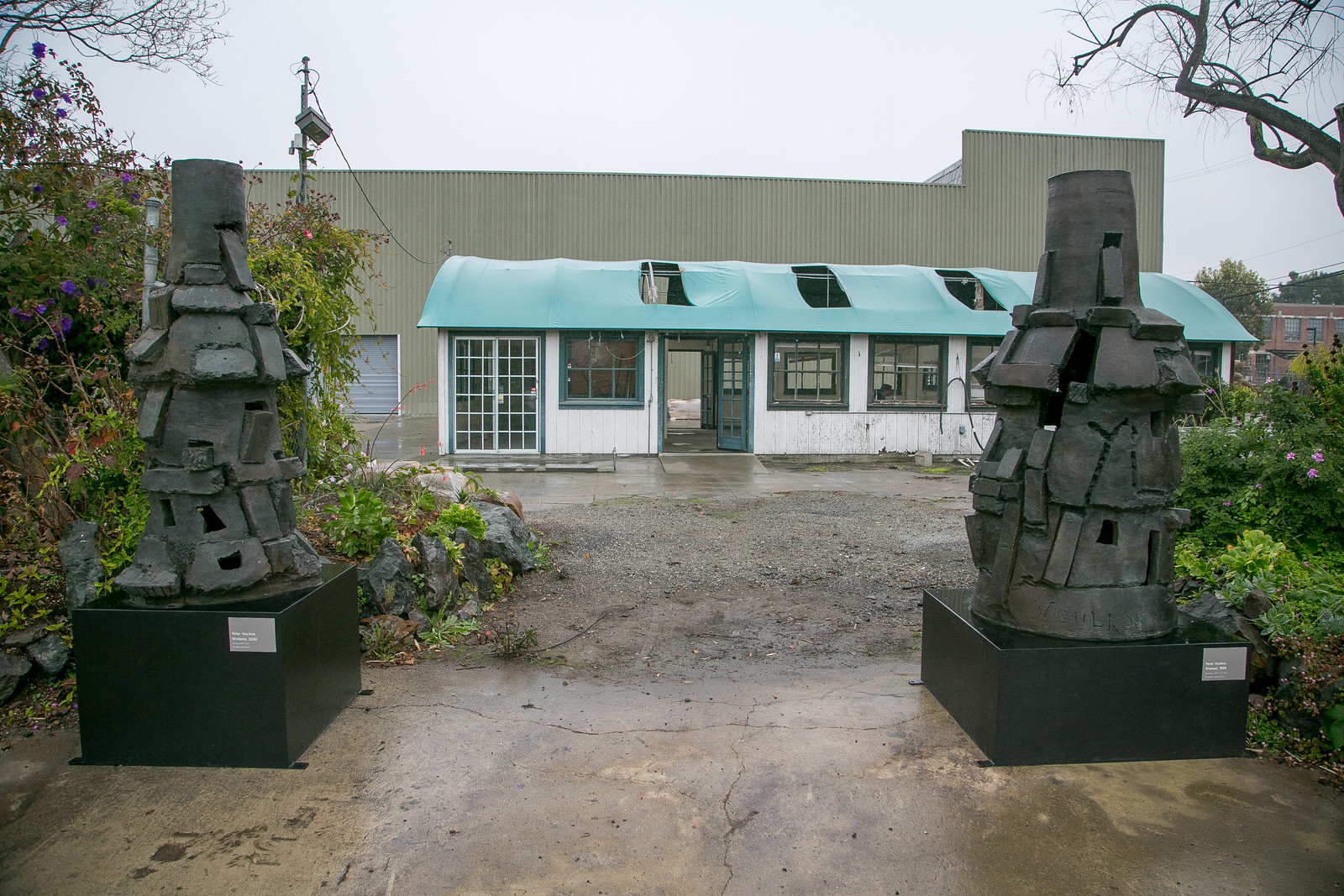 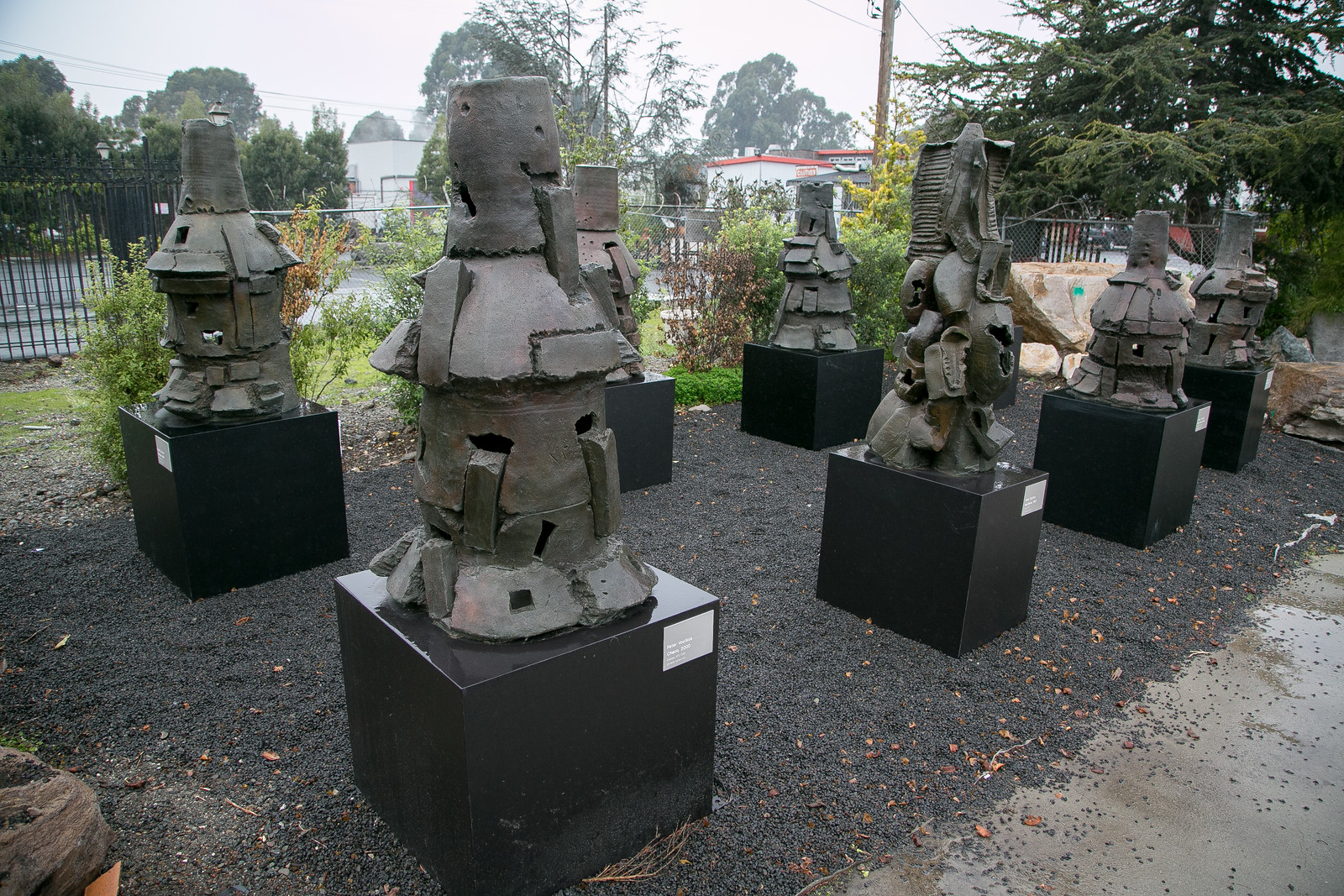 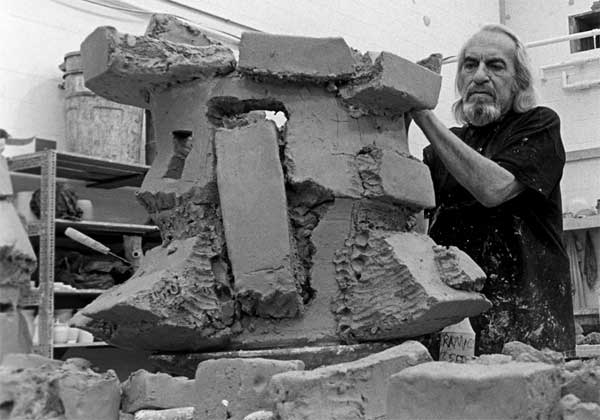 My friend was attentive when he looked over these photos.  He looked up – “I hung with Voulkos.  Called him by his Greek name – Panagiotis.  Loved his studio, on 3rd Street, near the tracks.  He made Greek coffee – grounds in the cup.  Careful friend!  Served the coffee with melomakarona honey cookies. A righteous Greek dude.”

What about these photos? 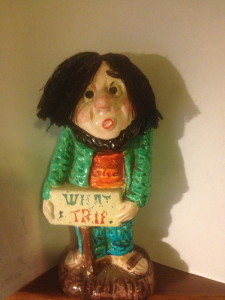