Many concepts from the scouting movement persisted in the Young Pioneers, but there was a definite Soviet edge to the organization’s ideology and structure.  My favorite?  In keeping with the Soviet Union’s official state atheism, the Young Pioneer Leader’s Handbook stated that “every Pioneer would set up an atheist’s corner at home with anti-religious pictures, poems, and sayings” as a counterpoint to the traditional Russian Orthodox icon corners.

Some read about and see images of the Young Pioneers and see a totalitarian youth indoctrination movement, such as: 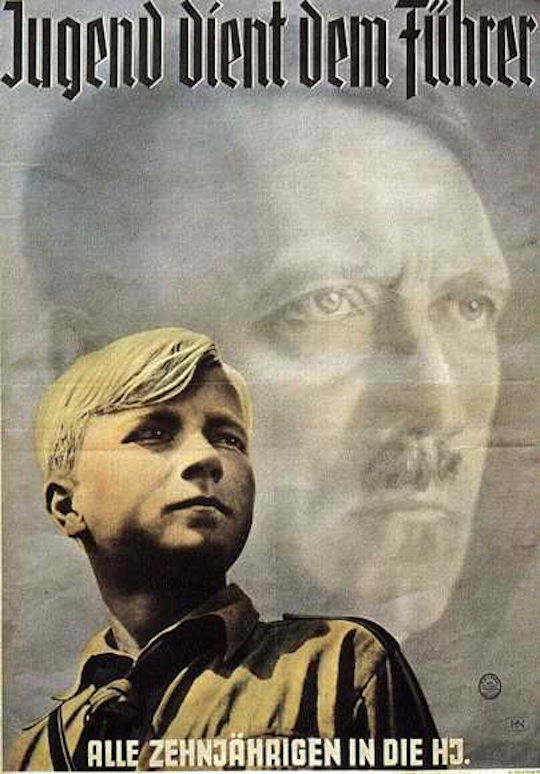 Or other youth groups in totalitarian settings: 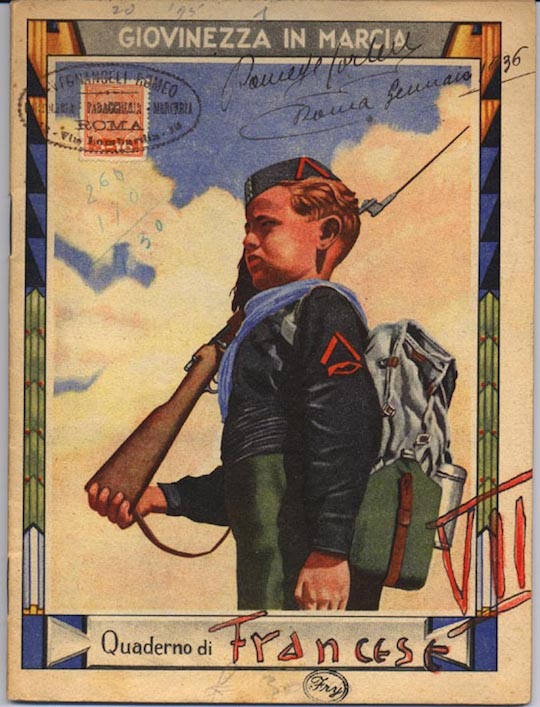 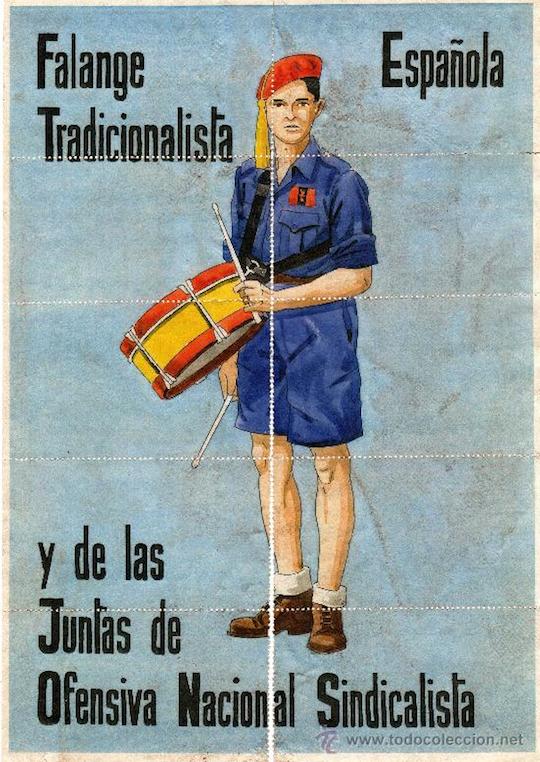 Others look at the Pioneers and see a less ominous parallel: 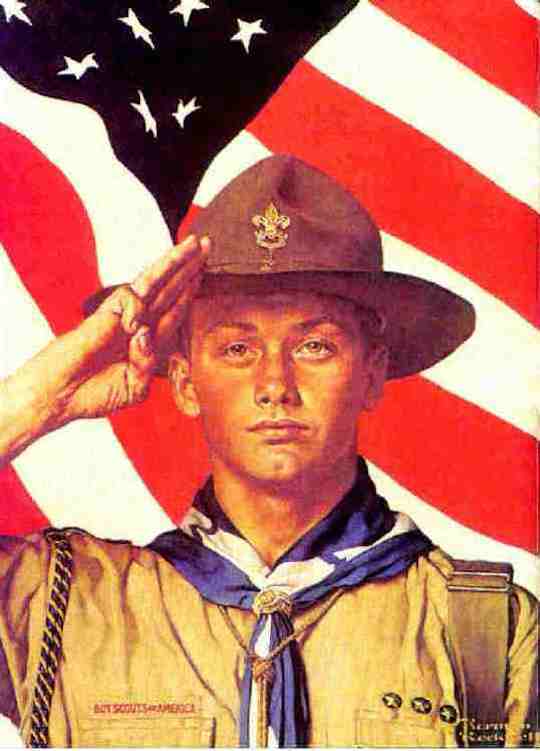 Me, I look at the Young Pioneers and I saw posters of staggering genius.  Check them out.  I bet you will agree! 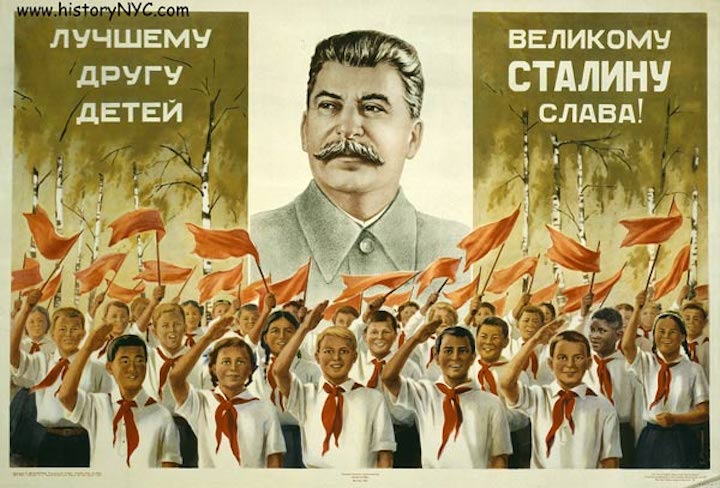 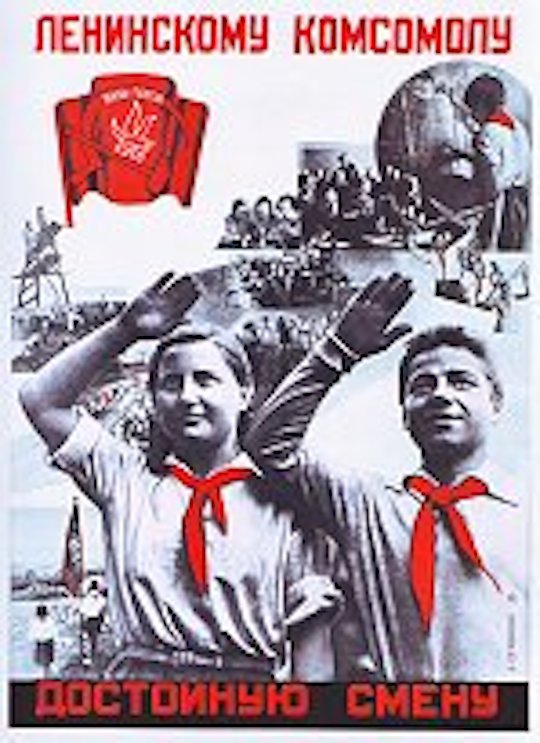 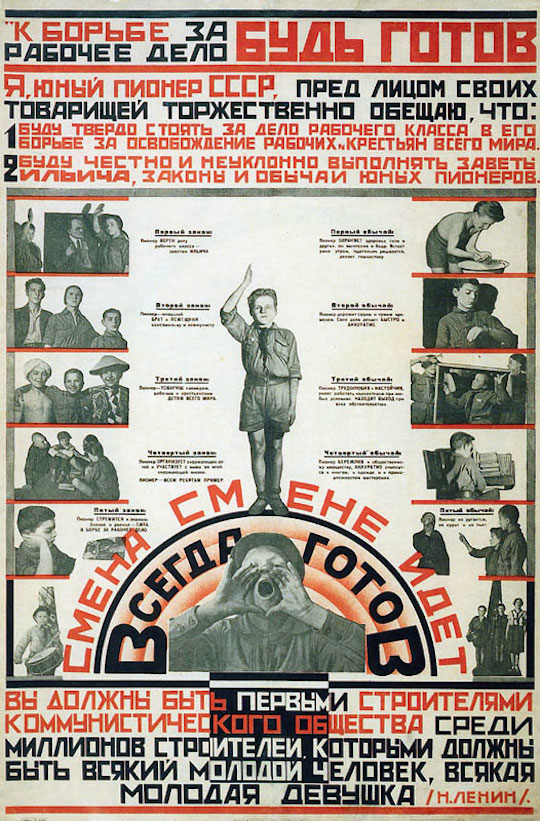 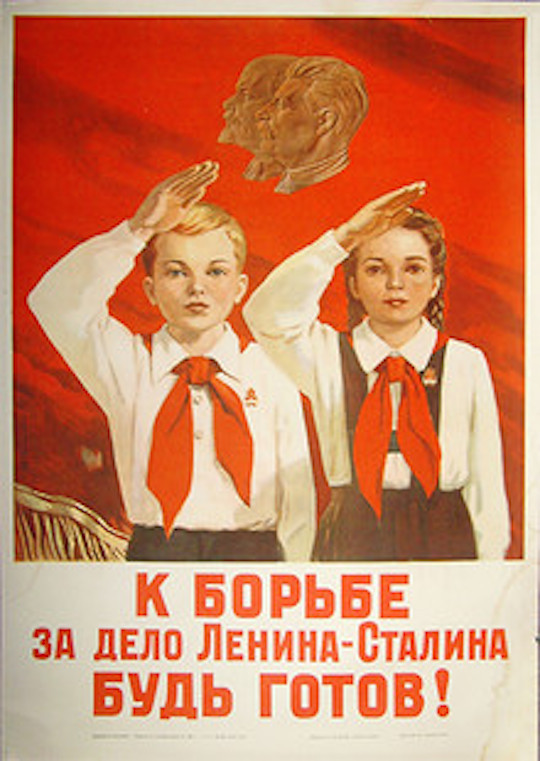 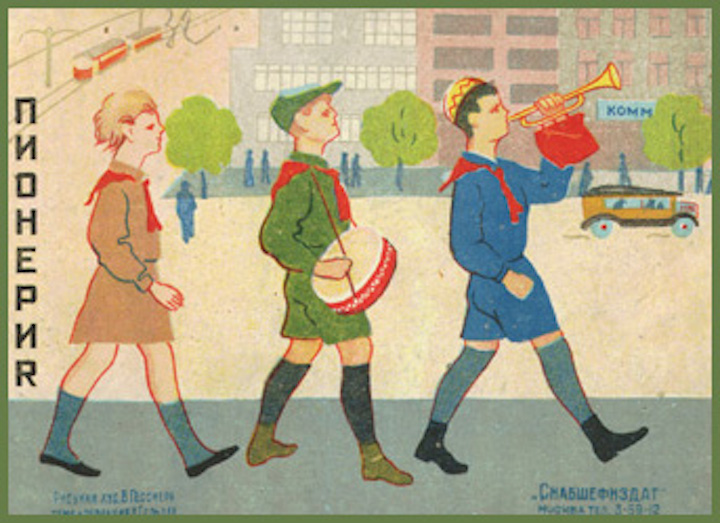 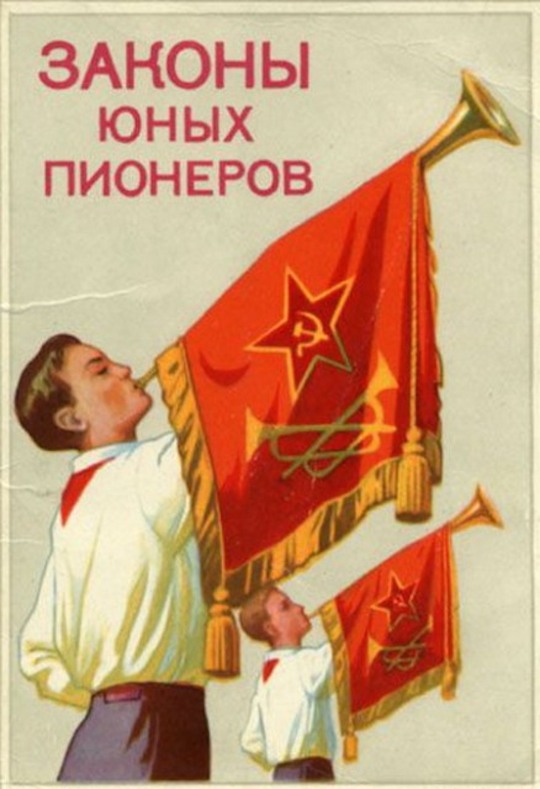 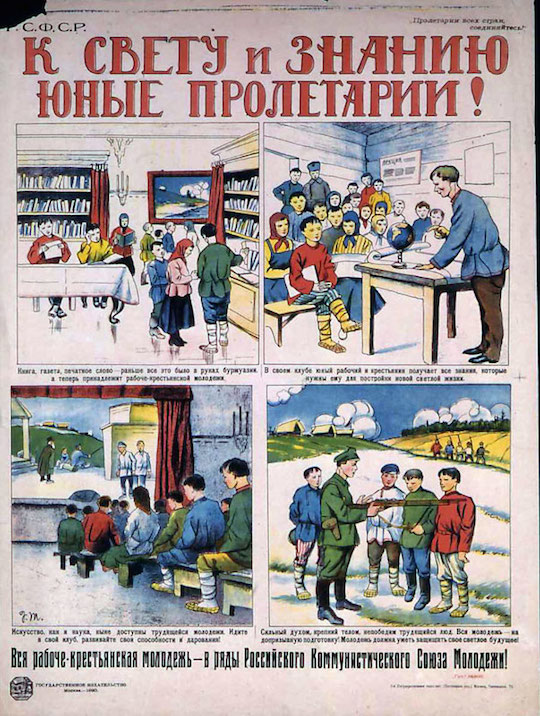 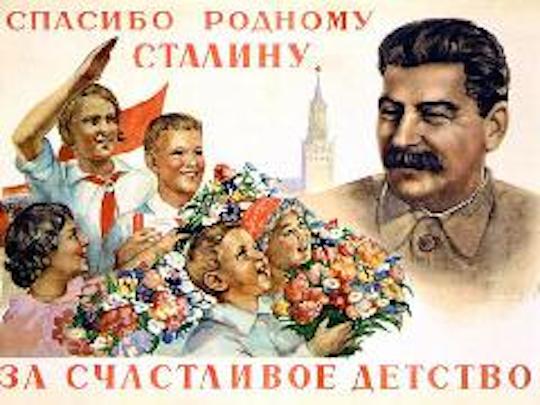 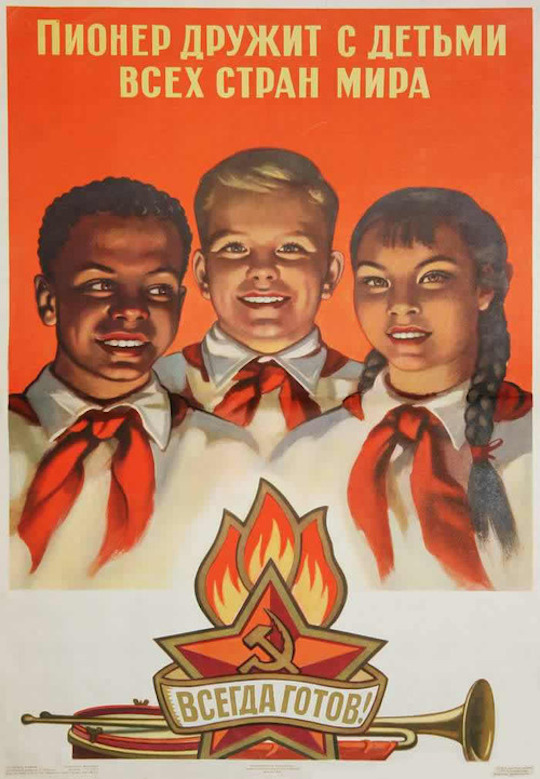 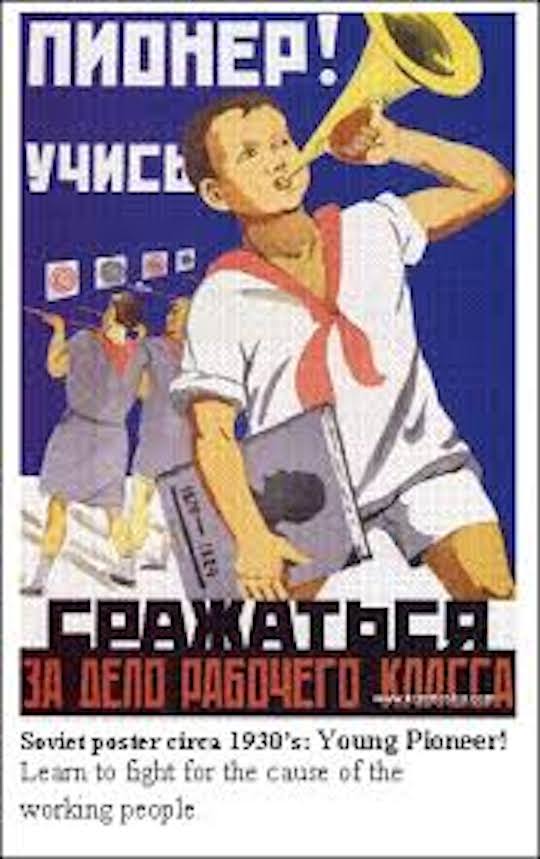 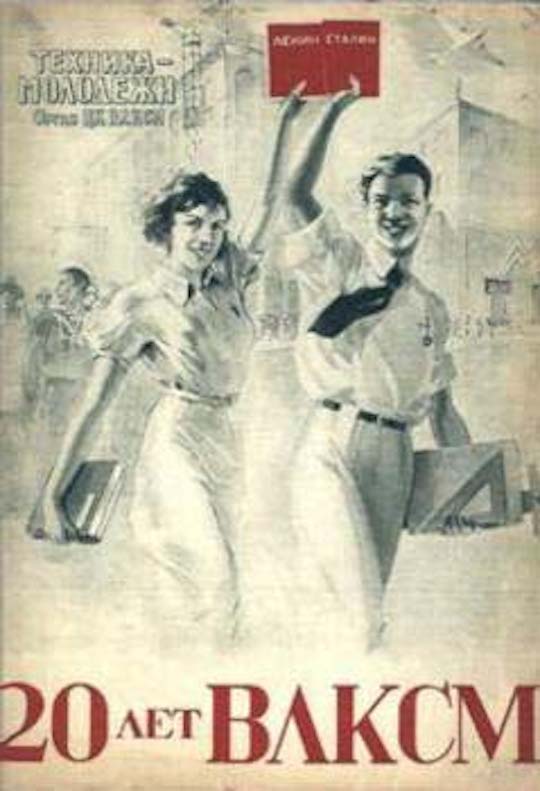 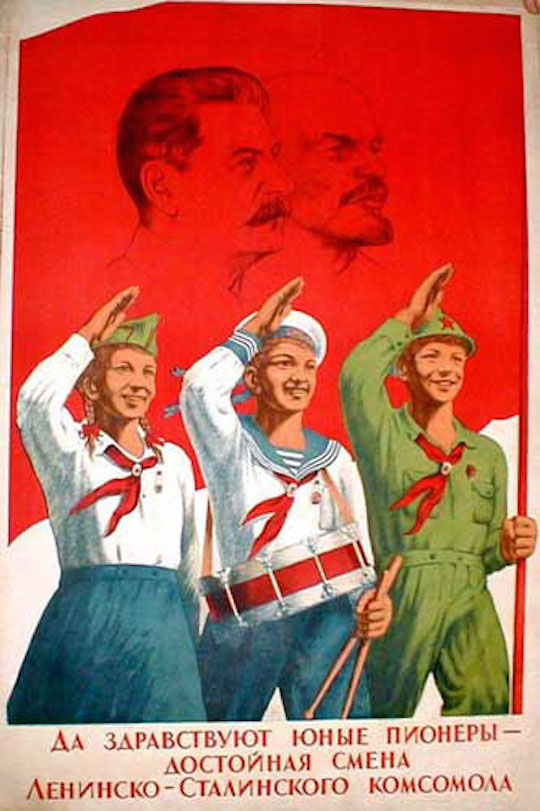 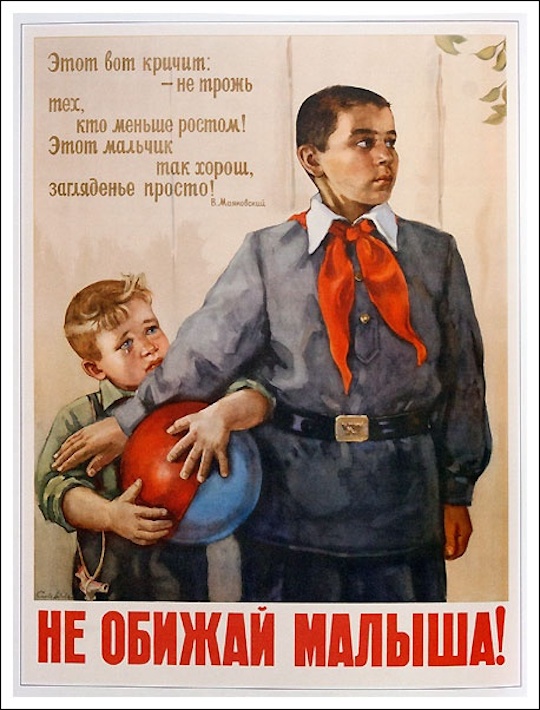 Not bad!  Thank you Comrade Stalin.

My friend is something of a historian of political theater, and he is a big fan of the Moscow Children’s Theatre and its founder, Natalya Sats. 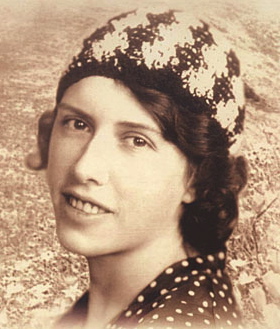 He was well aware that Peter and the Wolf was commissioned by the Soviet government for the Moscow Children’s Theatre.  He has a fairly nuanced view of the Soviet Union.  He applauds the value that was placed on culture.  What about these posters?