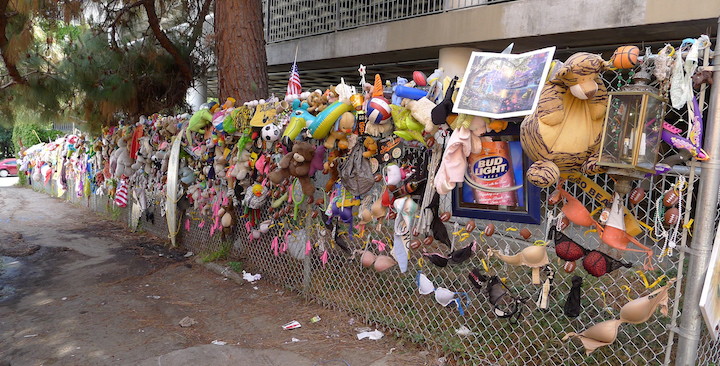 There is an alley that runs parallel to Euclid Avenue between Ridge Street and Hearst Avenue, just west of Euclid, behind the businesses. 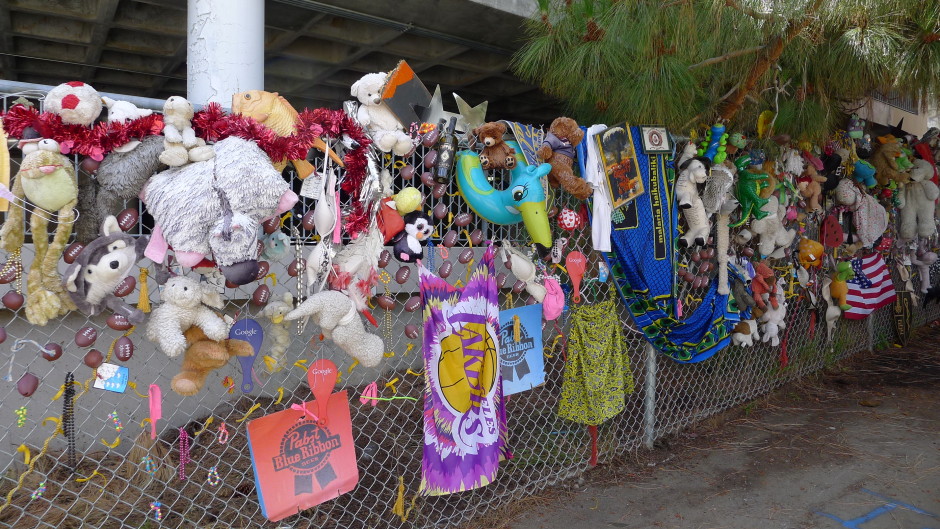 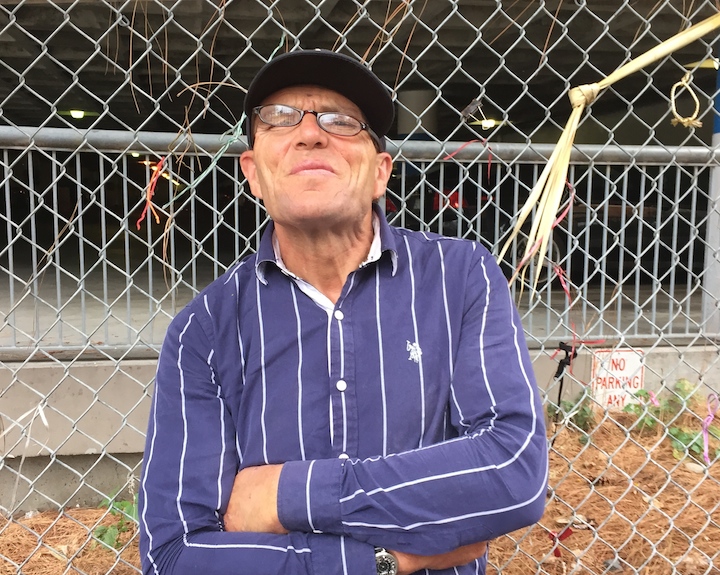 He scavenged the detritus of university life, mostly along Fraternity Row, and meticulously and neatly attached it to a chain-link fence separating the alley from a University-owned parking garage on Hearst. 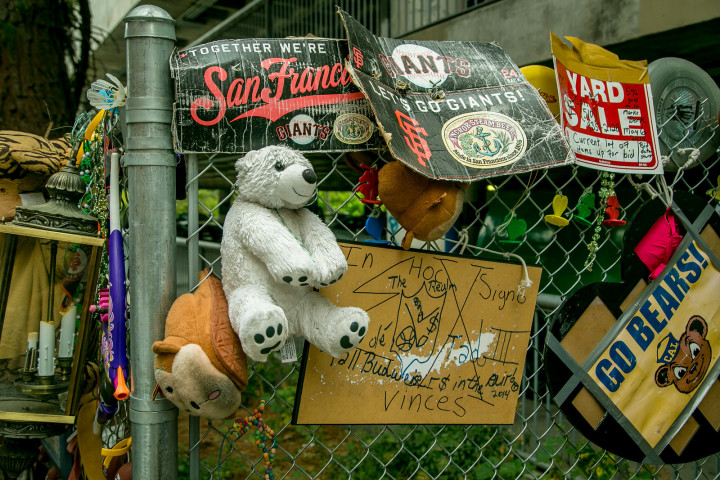 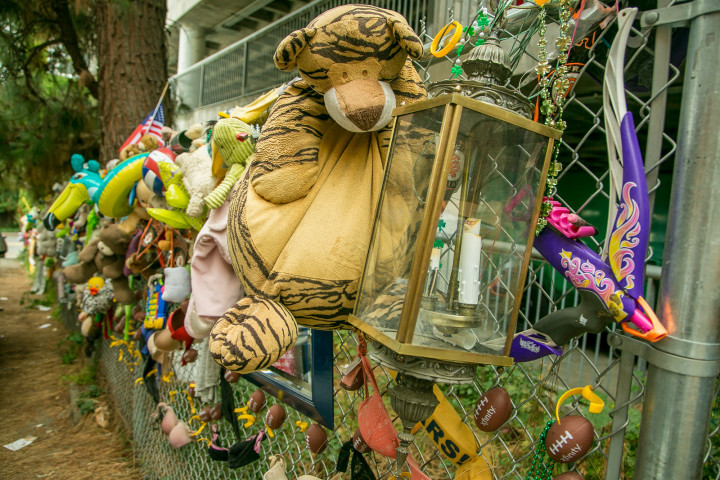 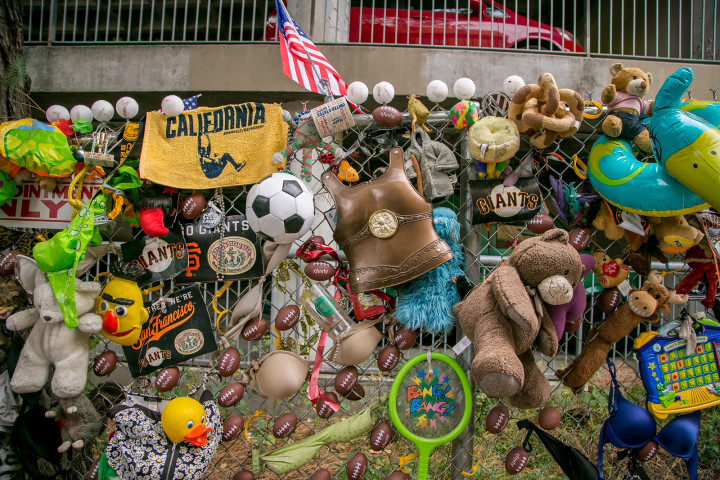 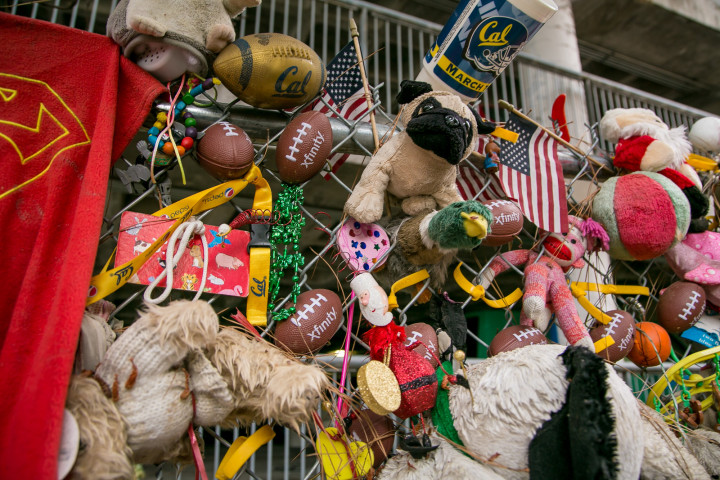 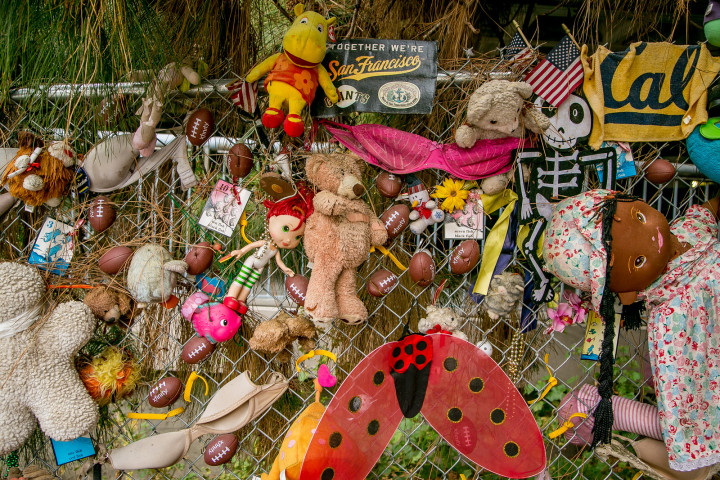 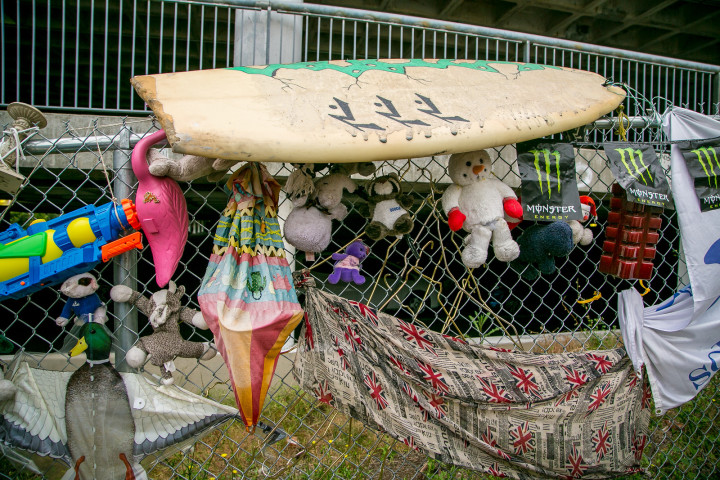 Two years of slow and steady work.  It wasn’t seen by many, but to see it was to see something really special.  Nothing salacious, nothing obscene, nothing profane.  And in an alley that is otherwise lacking charm.  Trash and garbage and parked cars during the day, trash and garbage without parked cars at night.

On June 2nd, Berkeleyside published a post by me celebrating Dellinger’s Art Wall.

Two days later, the University showed up in the alley and told Dellinger that the art wall had to come down.  So Dellinger carefully and meticulously deconstructed two years of work. 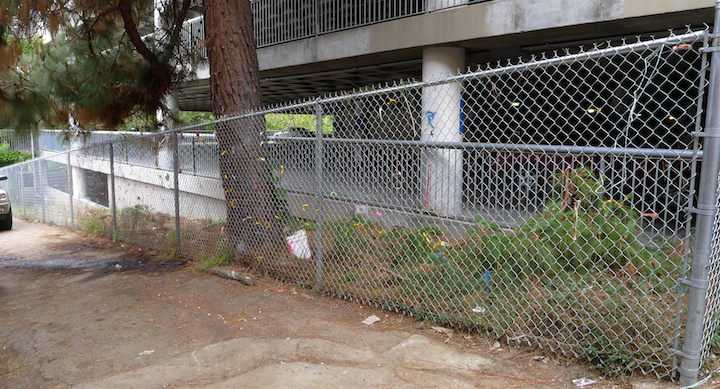 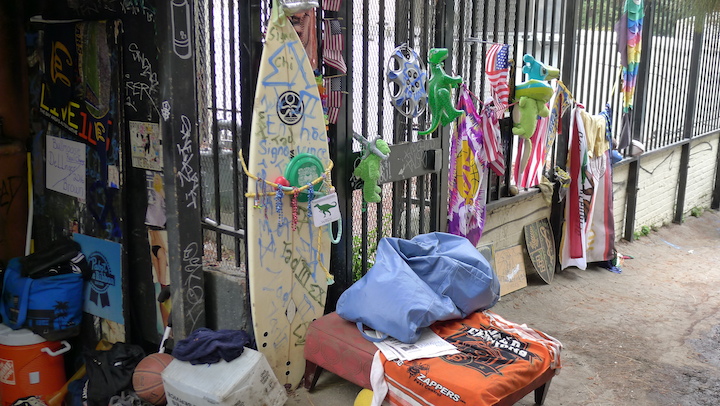 Dellinger has placed a few of the larger pieces on a fence on the east side of the alley, not owned by the University, but doesn’t plan on another long art wall.

In the universe of uncommissioned public art, Dellinger’s Art Wall is on the non-invasive end of the spectrum, side by side with yarn and crochet booming, a pole away from graffiti.  It was a stunning work of outside art.  And it’s gone.

My friend went with me to see the Art Wall a few weeks before it was torn down.  We went back and saw the empty fence together.  Over a falafel at his favorite joint on Euclid we bemoaned change.  We talked about what we remembered from Euclid of the past – Cody’s books (he remembered it, or claims to remember it, not me), the Northside Theater, Rather Ripped Records (he claims to have heard Patti Smith perform there at the dawning of her career – no verification of this claim).  And we wondered why they couldn’t just leave the Art Wall be.  No good answer to that one.