Gabby had sent my friend some photos. 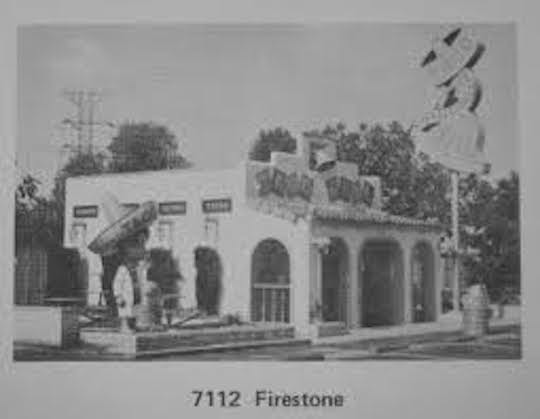 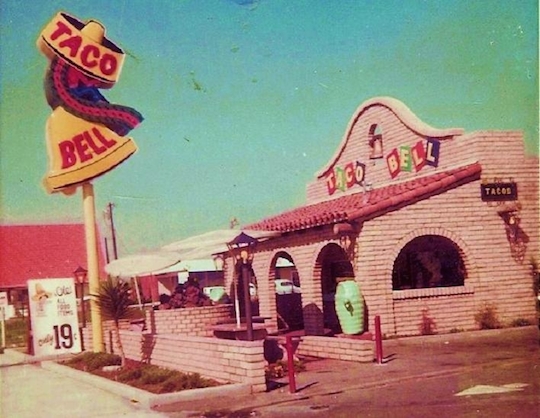 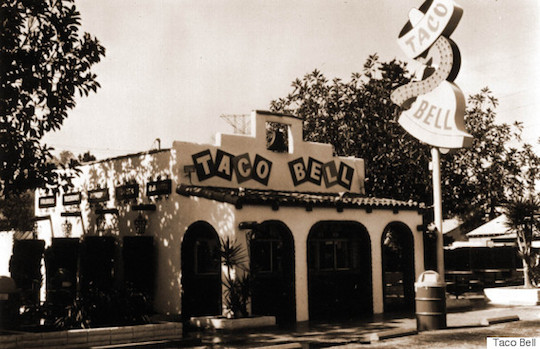 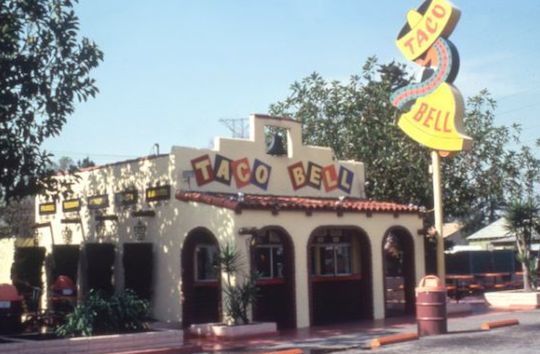 They were of the original Taco Bell stand in Downey, California.

I suggested that Glenn Bell had a dream, and it was not to open a cool little restaurant, but to make a lot of money.  He did.

My friend then showed me first-generation photos of other fast food restaurants. 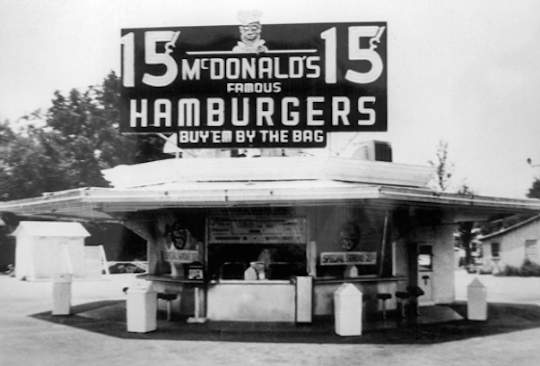 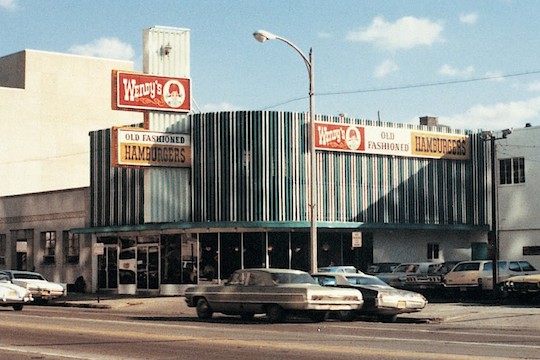 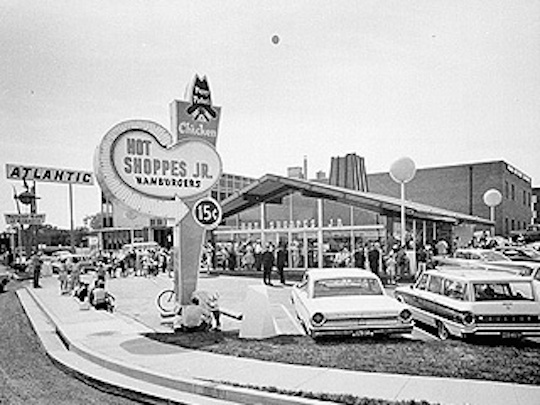 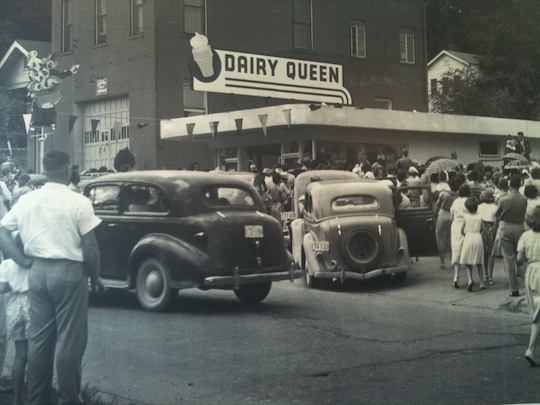 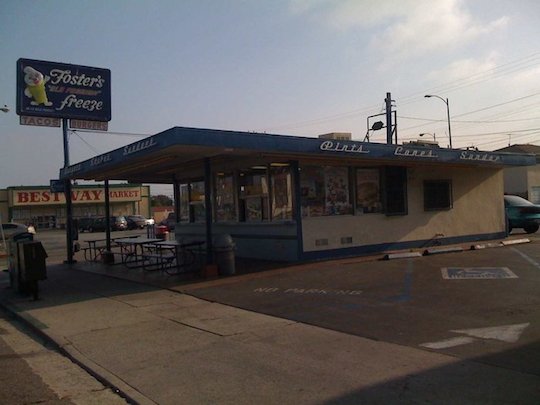 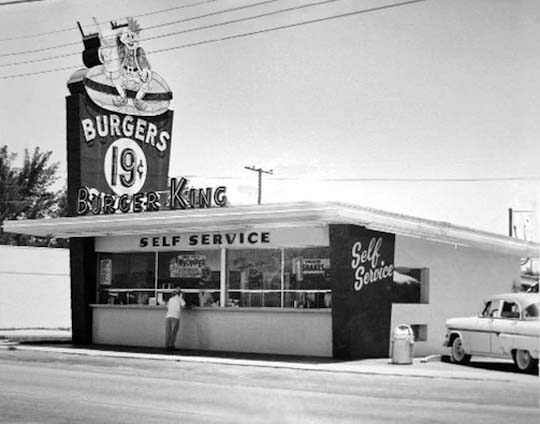 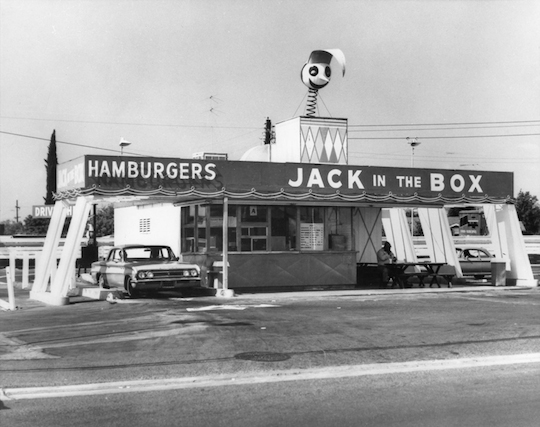 I looked at his photos.  “Pretty cool.  But I don’t think that Hotte Shoppe belongs in the same league as the others, do you?”

“Just for you, dude.  You showed Gabby the one in Bryn Mawr from your boy days.  Remember?”  He then plopped down another three photos: 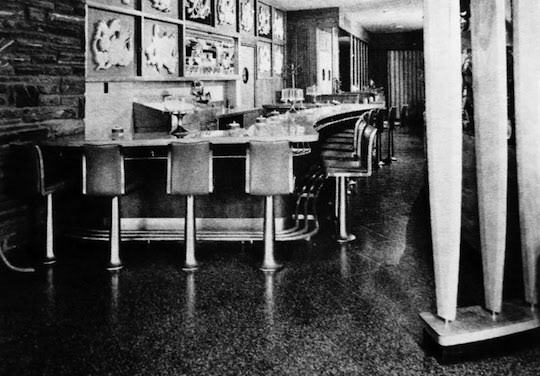 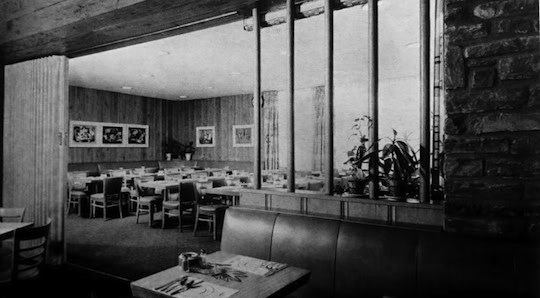 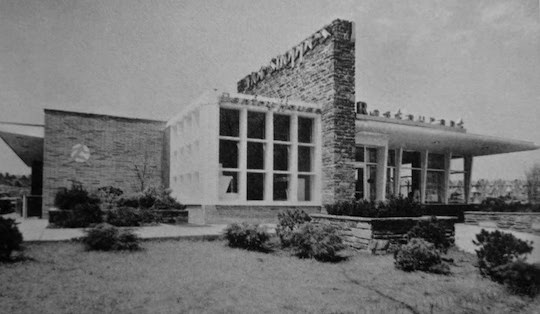 Well, that is pretty how much as I remember the one on Lancaster Avenue.  Can’t swear, but it evokes memories.  Plain hamburger.  Nothing  on it.  Nothing.  Condiments were weird. With my prep school mates.  Young, the sky was the limit, confined by our upbringings but it was the 60s and we would burst through. Plain hamburger.

We got back to the other photos, shuffled through.  The early restaurants all look bold and innovative. And today?  Was this the inevitable trajectory of food in the US?  We got going on this topic and the broader question of inevitable trajectories.  In the end I told him I admired Gabby’s collection of photos.  He nodded and added three words: