My friend is a sucker for mass hysteria and moral panic.  He revels in it.  There is no other way to say it – he gets excited by hysteria and panic.

Spring-Heeled Jack was first sited in England in 1837.  Throughout the Victorian era, sitings of Jack, who could make extraordinary leaps, continued in London and elsewhere in England.  People who say him agreed – he was terrifying.  He had a diabolical physiognomy, clawed hands, and eyes that “resembled red balls of fire.”  At least two people claimed that he was able to speak rudimentary English.  Mass hysteria!

Gabby had picked up Spring-Heeled Jack material over the years.   As he is prone to do, he cleaned out his collection to make room for something new, sending the Jack material to my friend. 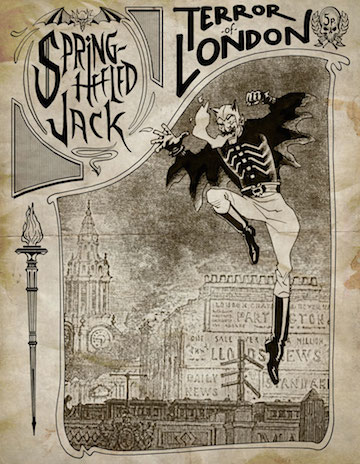 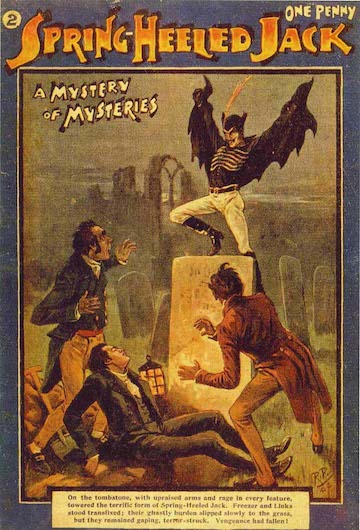 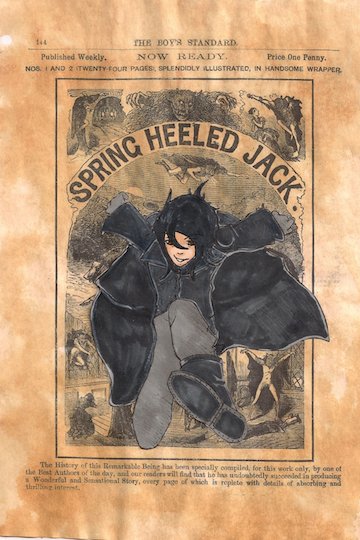 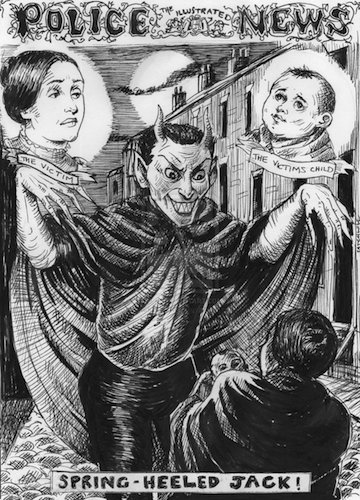 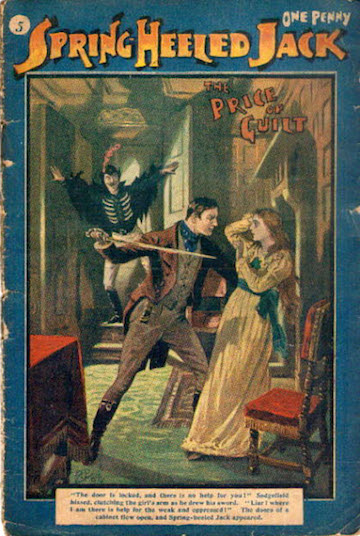 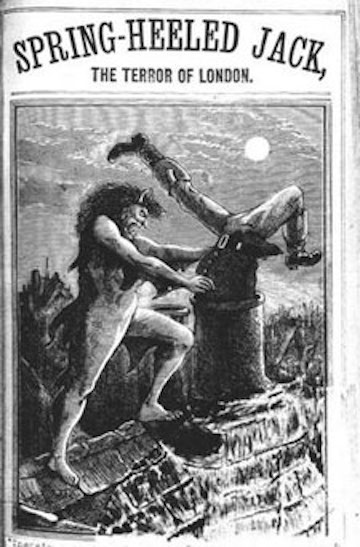 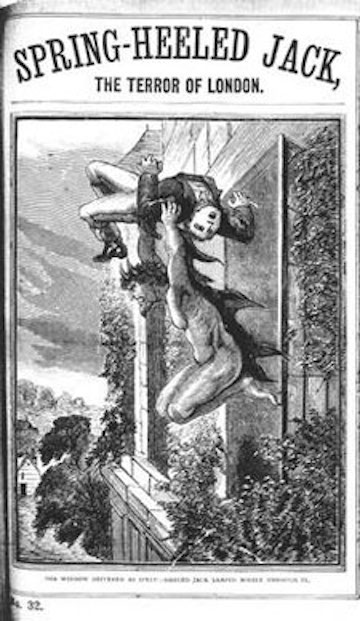 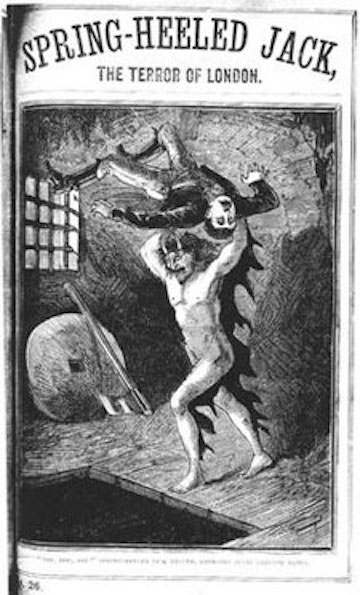 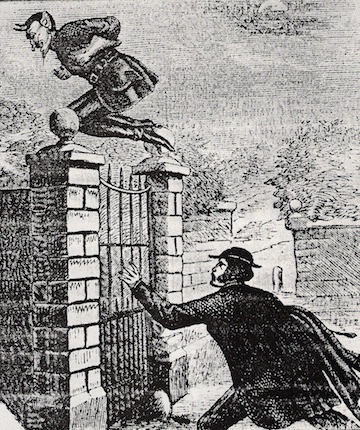 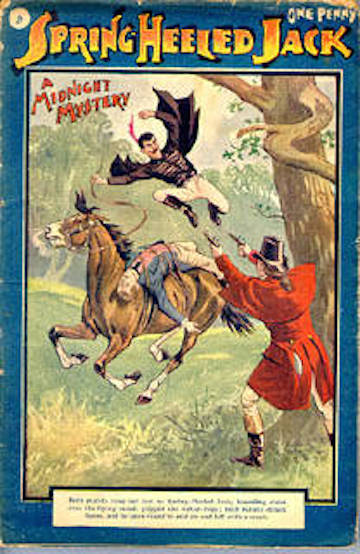 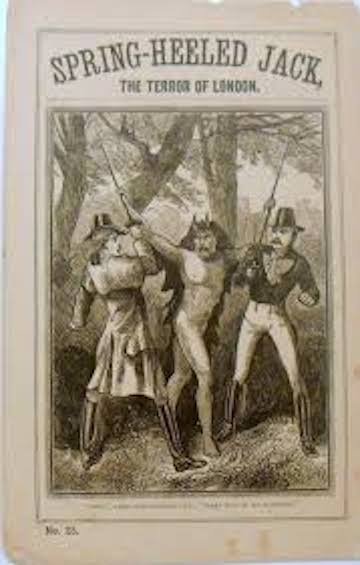 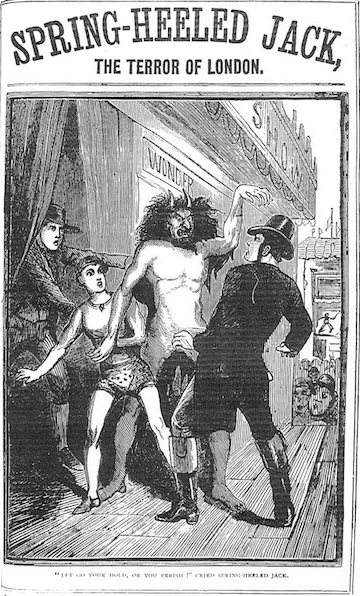 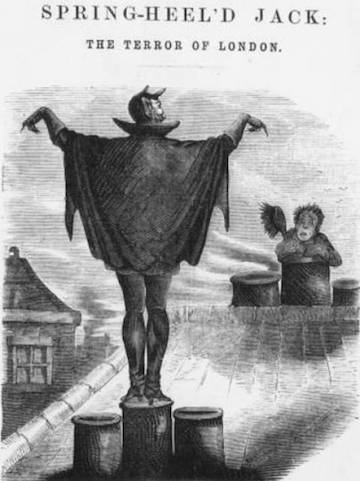 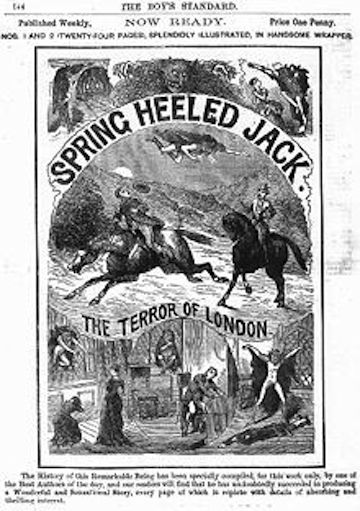 When I looked through the collection, I felt a little uneasy.  I asked my friend, “You really would rather spend and evening talking with Jack than talking with a God-fearing, patriotic Republican from the 1950s?”

Simple answer.  Yes, he would.   I asked about the collection that Gabby had sent him.