The American experience in the South Pacific during the second World War was for the large part not idyllic, romantic, exotic, Rousseauvian, or paradisiacal.  It was brutal warfare in a lovely place. 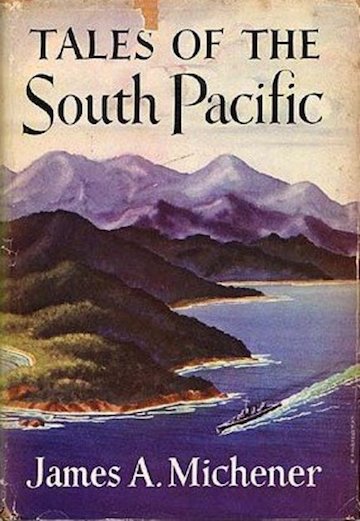 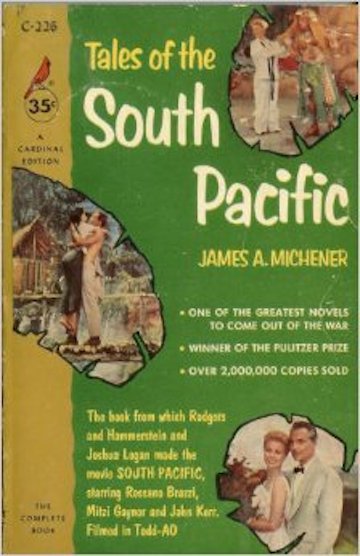 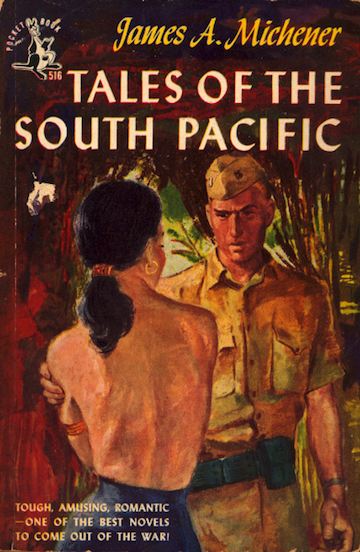 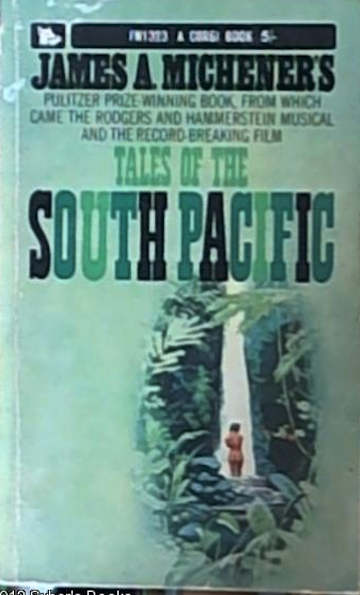 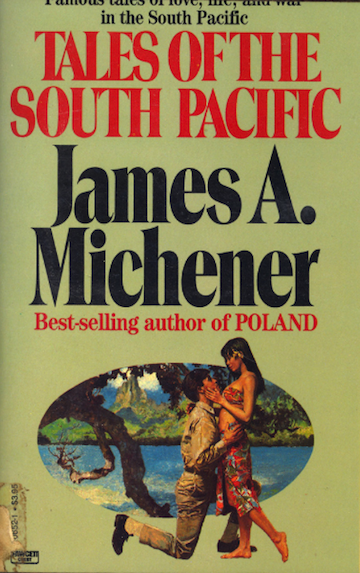 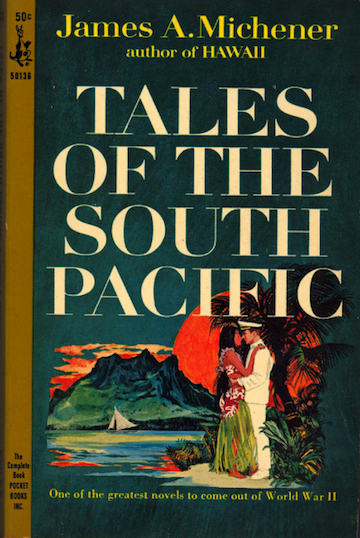 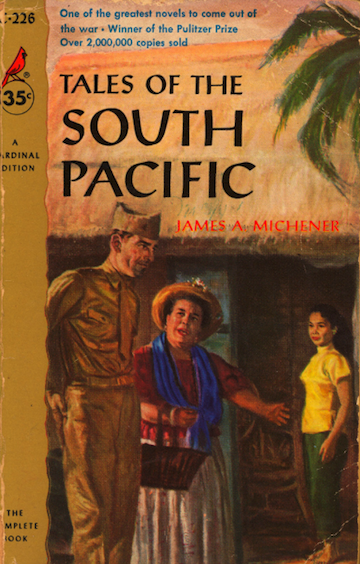 One of the 19 stories formed the basis for the 1949 Broadway Musical South Pacific, composed by Richard Rodgers, lyrics by Oscar Hammerstein, and book by Hammerstein and Joshua Logan.  It was a big, big hit.  And boy did the South Pacific look glamorous. 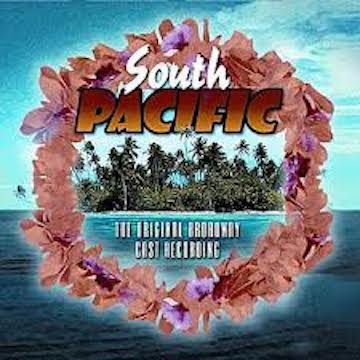 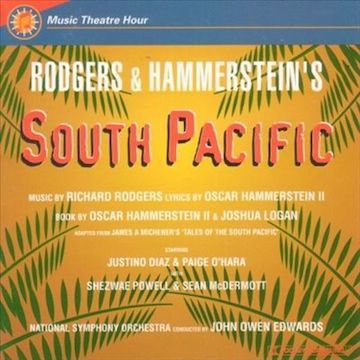 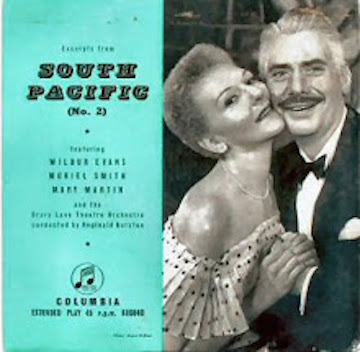 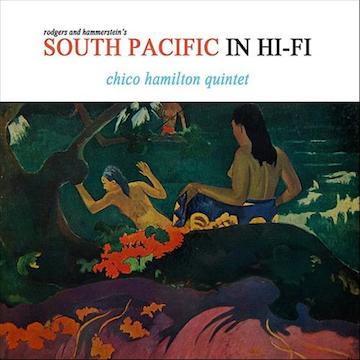 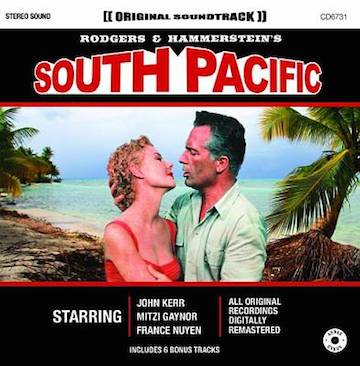 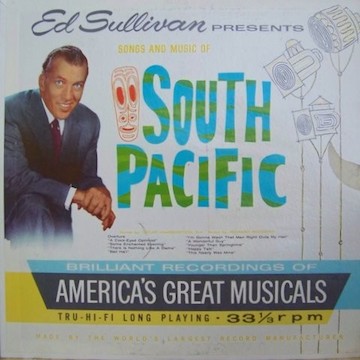 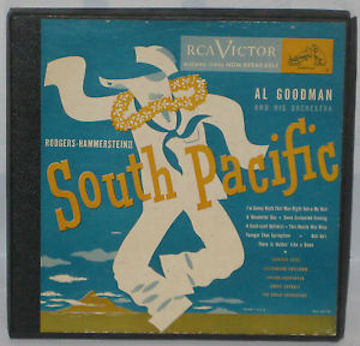 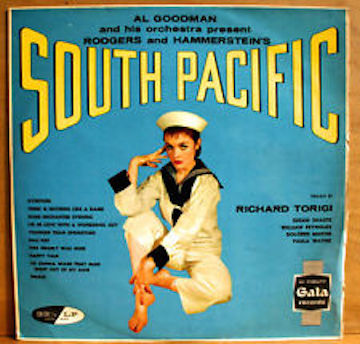 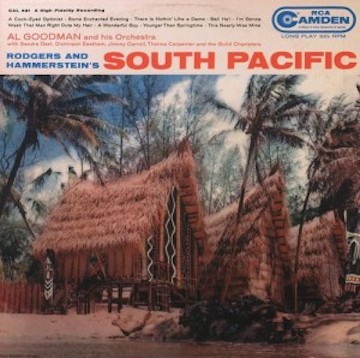 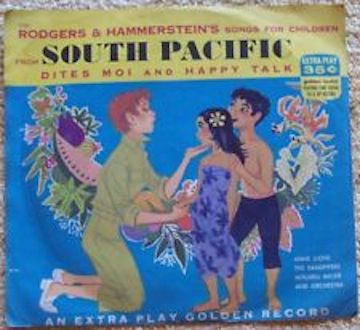 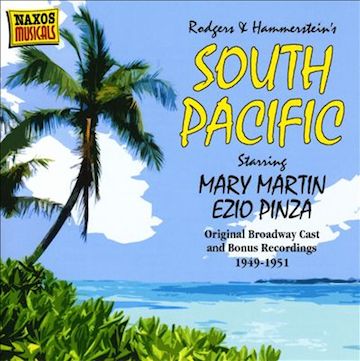 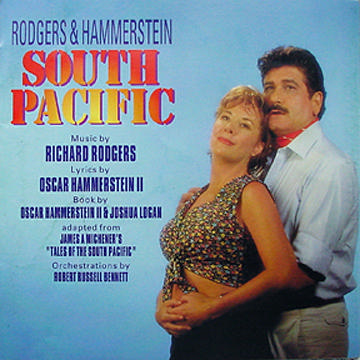 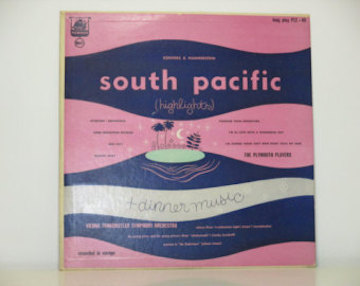 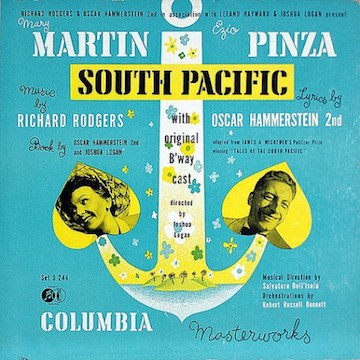 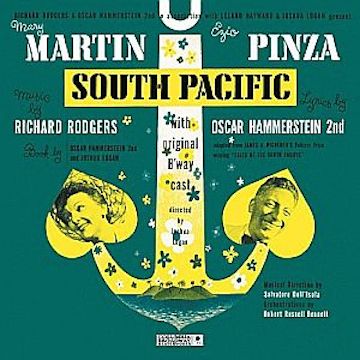 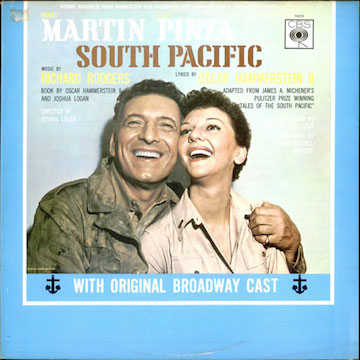 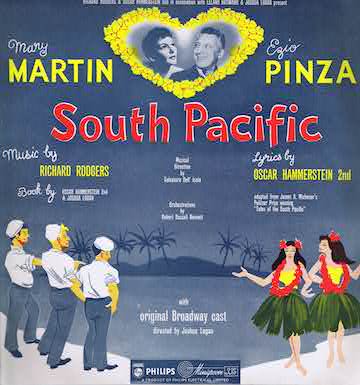 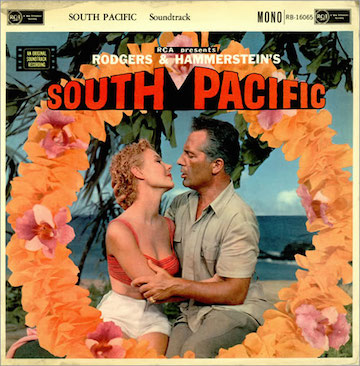 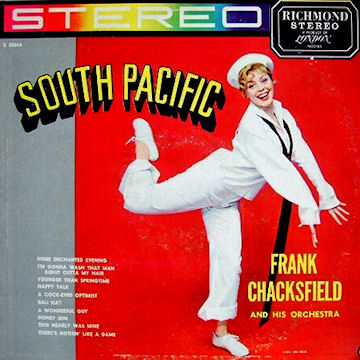 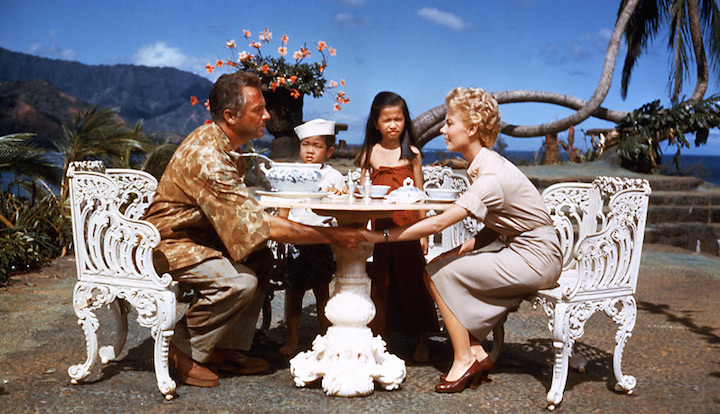 My family went to see the movie at the Suburban Theater in Suburban Square, Admore, a a suburb of Phliadelphia two towns east on the Main Line from Bryn Mawr, where we lived.  I was eight.  The movie was a magical experience for me.  We listened to the album in our Sunday afternoons sitting in the living room with cocktails and shrimp, except I thought I would hate shrimp and so didn’t have any.

I have a friend at work whose mother says that he joined the Navy because of South Pacific.  Beautiful place, beautiful women, and great singing.  He neither confirms nor denies this statement.

I showed these photos of book and album overs to my friend.  He had to go to the homoerotic nature of the movie.  It’s a cheap shot as far as I am concerned, but there he went.

Okay.  Moving on – what about the photos?