When Michael McNevin heard that there were traces of the bar intact, he communicated a strong desire to visit.  Gary Robinson was up for it.  He’d heard Michael’s song himself for the first time and reported a strong emotional reaction.  McNevin was invited and asked to bring his guitar.  He appears in the song as “Charlie,” hanging out at the bar with his friend Spanky in the 1990s.

He came and sang.  It was great!  As you read further, you will learn about the important role that Kessler’s “Soft as Silk” Whiskey played at Sam’s 58 Club.  It seemed fitting to have a bottle there for Michael’s song.  He hadn’t played the song in a while.  He wrote it using a DADGAD tuning.  Here he played it with a Drop-D turning (DADGBE).  Didn’t matter.  He nailed it.  What a moment! 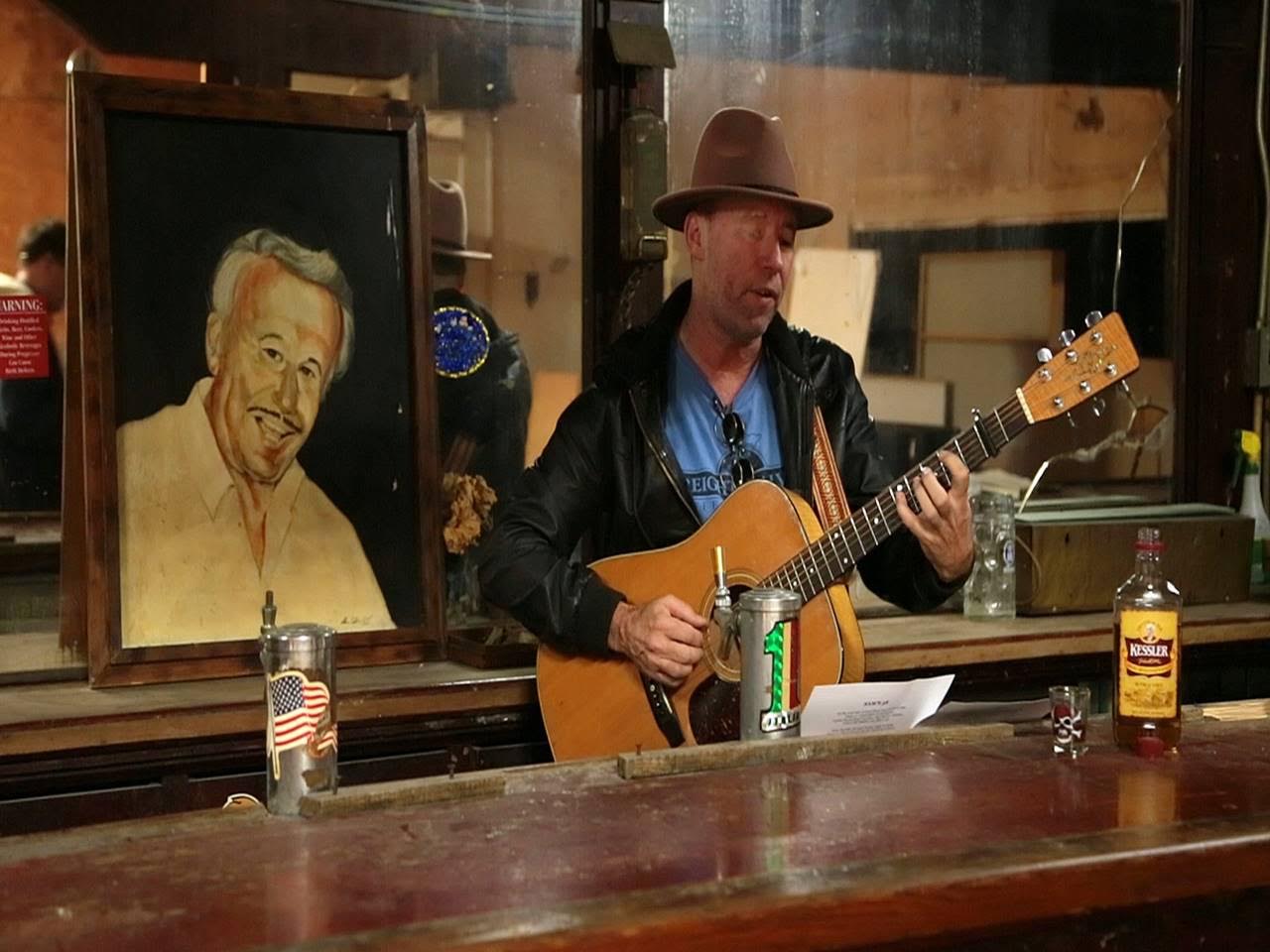