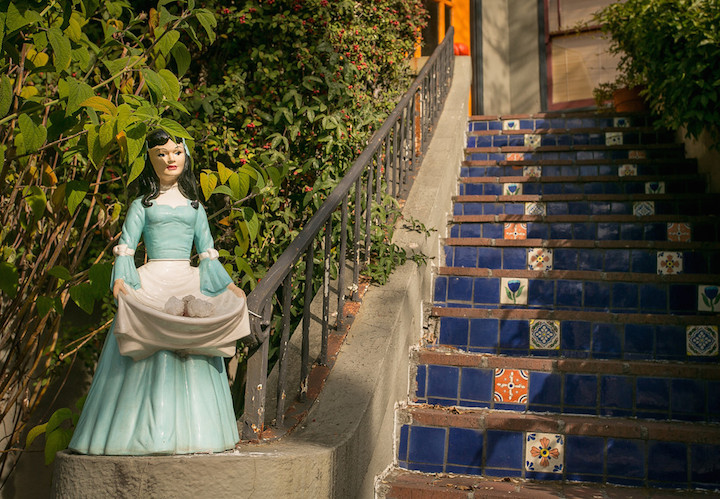 Sometime a few years ago I began noticing art appearing outside on the northeast corner of Scenic and Cedar.  It started years ago, but I only started noticing it as it grew.

First to catch my eye was what, as I learned later, the owners called the Beautiful Lady.  She invited the eye up the steps of tiled risers.

I am glad that I have this photo of her from last summer because she has gone missing.  One hopes that she was taken as a prank and that she will return as a gesture of good faith.  But she is gone.

Mary Kate Morris and Dan Werthimer have lived in the house since 1984.  She is a virologist who works on HIV.  He is a research scientist with several SETI (Search for Extra-Terrestrial Intelligence) organizations.  She is an autodidact artist.   He is good at engineering things.

Lining the stairs where she was are two little-people sculptures. 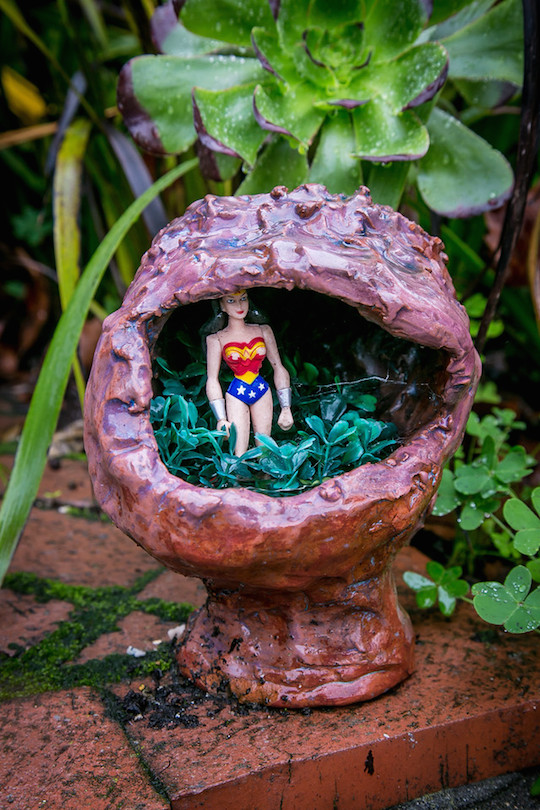 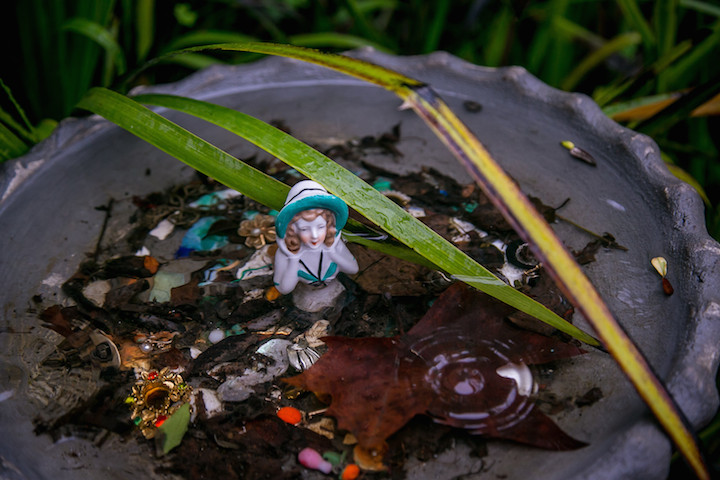 At the top of the steps is a Mark Bulwinkle steel sculpture: 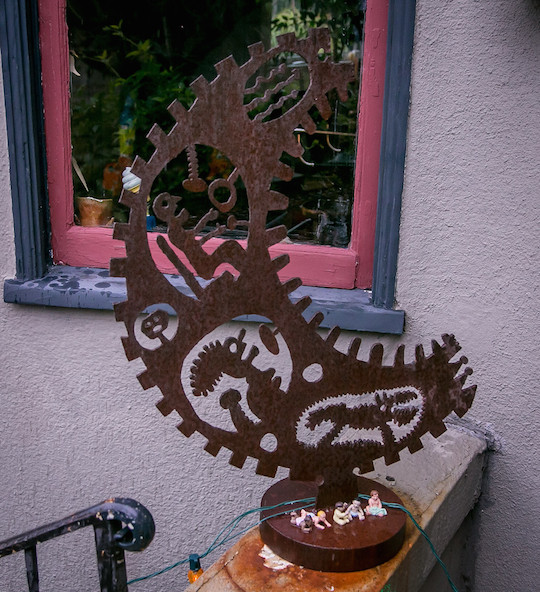 In the garden on the Scenic Street side of the house is an elephant. 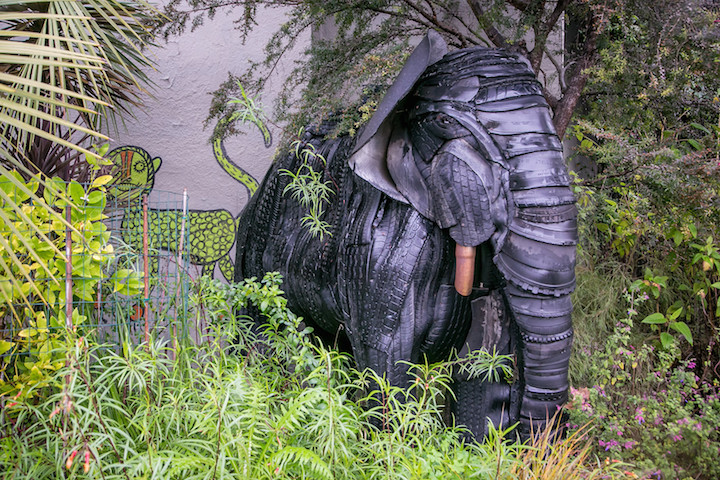 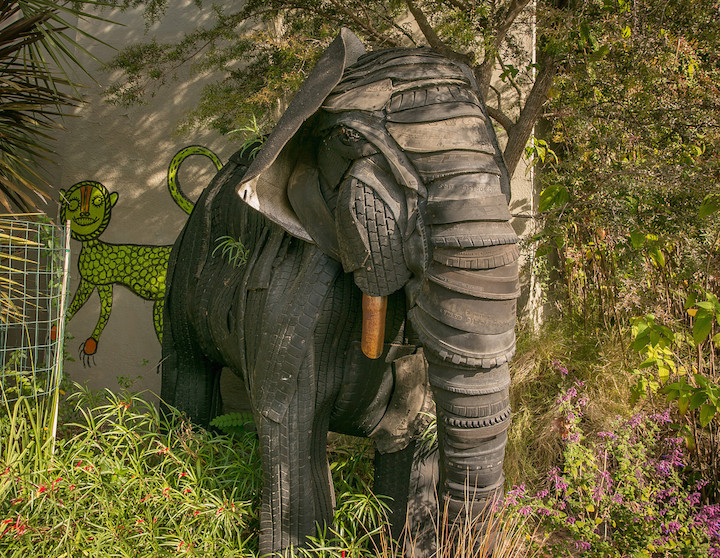 The elephant, evocative of Mark Olivier’s beach trash art, was the senior sculpture project of Roxanne Urry at Sonoma State.  Roxanne is a friend’s daughter.

Weather takes a toll on some of the art. 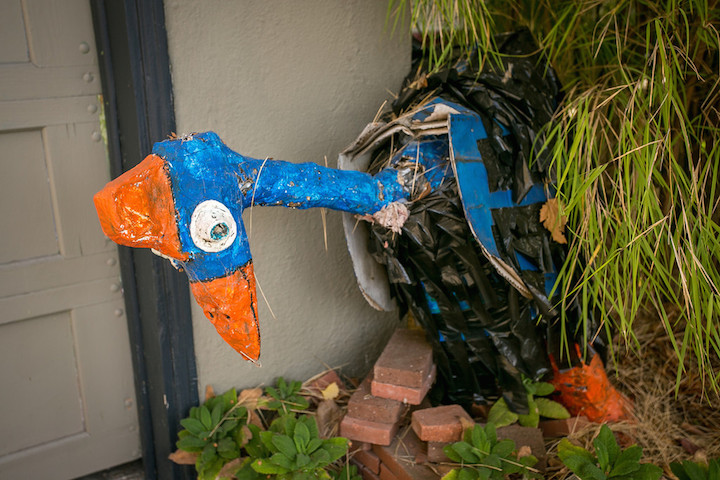 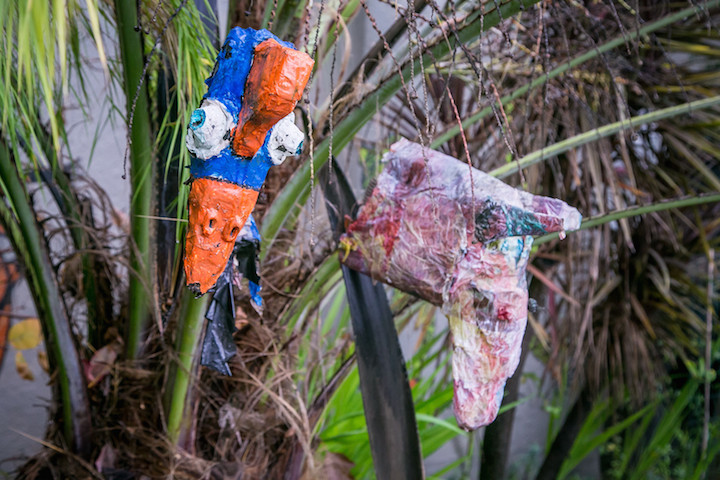 David Turner created the shark fin on the Cedar Street side of the house. 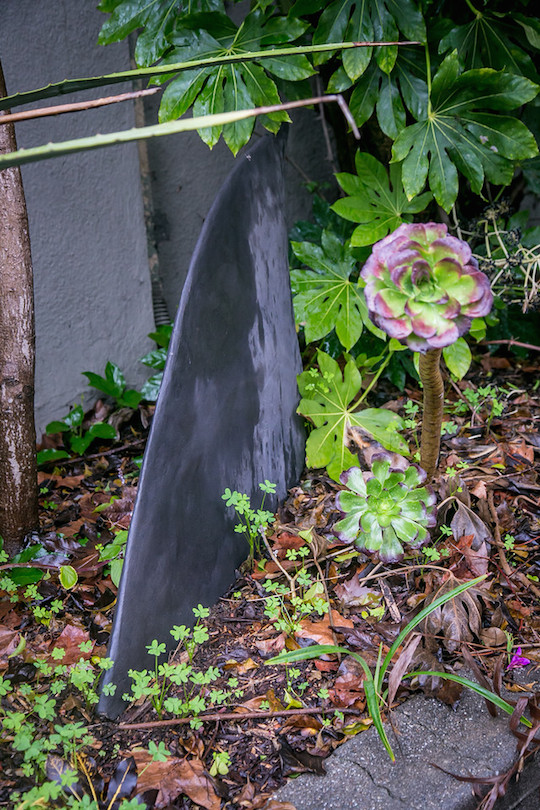 Also on the Cedar Street side: 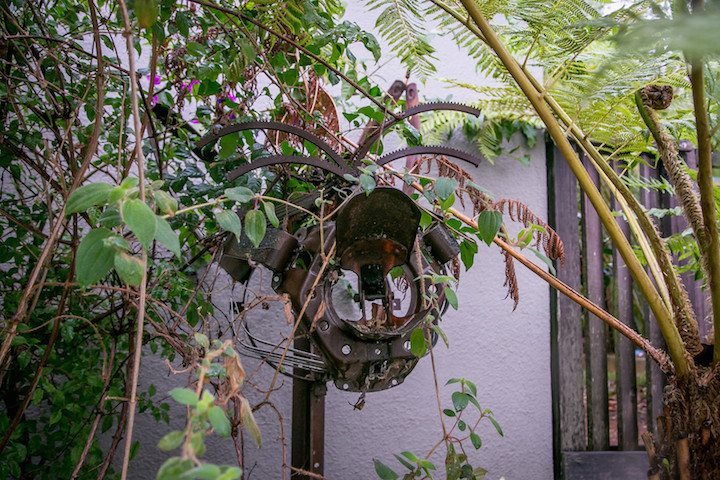 They call the sculpture a “Vinnie.”   There was another “Vinnie” that was stolen a while ago.  That is bad karma for the thief.

Back on the Scenic Street side of the house, Mary Kate has painted jungle scenes and concentric circles near and around the garage doors. The jungle scenes were for their son, then three.  The circles are inspired by the art of Friedensreich Hundertwasser. 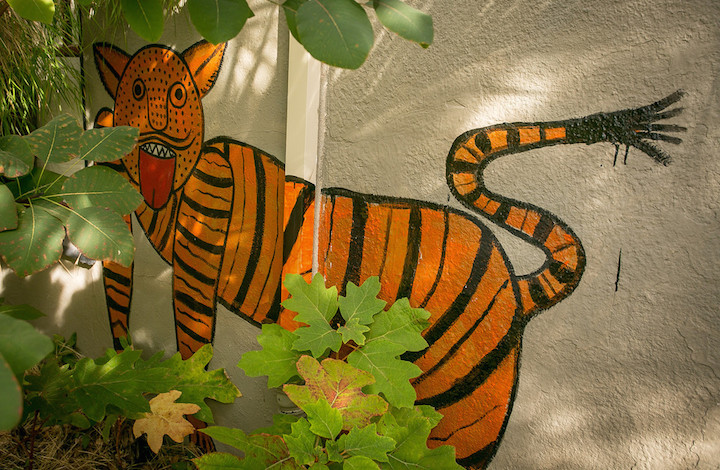 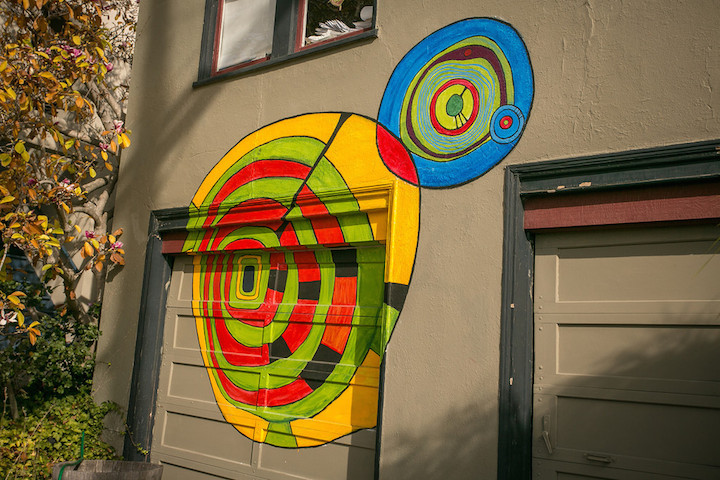 Mary Kate explains the evolution of the garden art – “There wasn’t really conscious decision to plan the art, but we love Marcia Donahue’s house and other sculptures around Berkeley.  Berkeley is definitely a place where it is OK to express yourself.”

The garden art at 2375 Cedar is not done. Next up – a treatment of the window above the garage door.

They have a quirky backyard and a most quirky interior, but Quirky Berkeley rules of engagement forbid backyards and interiors.   If only I had another forum without those rules of engagement.  Wait – of course – I do!  Stay tuned.

I live near this house.  I drive by often. It makes me happy and glad that I live in Berkeley.

I showed the photos to my friend.  He liked them, but was distracted.  To say that he was fascinated with Dan’s SETI work is an understatement.  He showed me some SETI images and started to explain them to me. 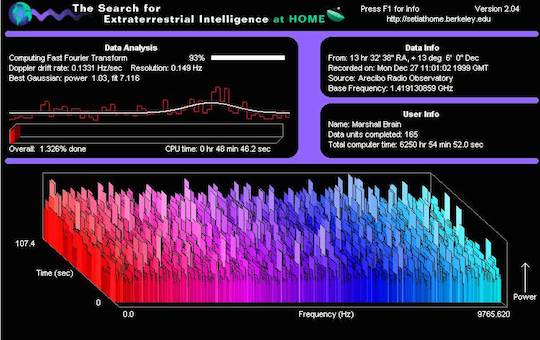 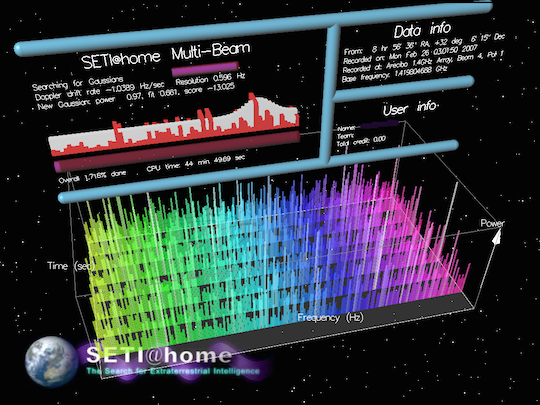 I have see this before and stepped in.  This is great.  I am glad that you are expanding your horizons.  But what about the photos of their art?