At the 2:24 mark in Little Stevie Wonder’s 1963 “Fingertips Part 2,” electric bass player Larry Moses, who was on stage thinking that Wonder’s set was over and that Mary Wells (for whom he played) was going to start up, didn’t catch the key change in an improvisation, is heard calling out “What key?  WHAT KEY?”  Well, similarly, what key here on Talbot Street?  What song?

We are in the flats.  There is not a lot of quirk in this particular neighborhood, but there is 1320 Talbot and it is major quirky.  Here is the street view of the house. 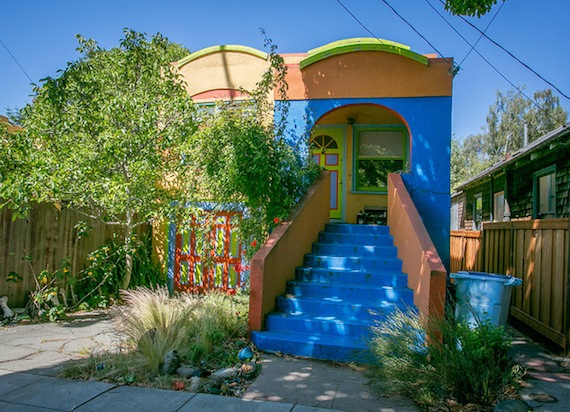 Okay, I guess it is clear what direction we should go here.  Donovan’s “Colors” would be an obvious choice, but too obvious, no?  Besides, I have some Donovan issues.

Let’s go somewhere else. Let’s go to the spring of 1970, West Philadelphia, University of Pennsylvania campus.  I was in my first year at Penn, 18 years old, and it seemed that the world was spinning off its axis.  The draft, the war, the anti-war movement, Nixon, the Resistance, draft cards burning – it was a troubling time.  When we learned about the invasion of Cambodia a month later and then Kent State and Jackson State, even more troubling.

The point being – it was a beautiful spring night that F. Scott Fitzgerald described at Princeton and I was walking down Spruce Street about as lost as I could be and I heard Chicago’s “Colour My World” (yes, colour not color) playing.  It was the perfect song for that moment.  And it is my song for 1370 Talbot.  And that major seventh chord that it starts with still is pretty grabbing.

But, I digress. Back to the house.  What color choices!  Check out this door: 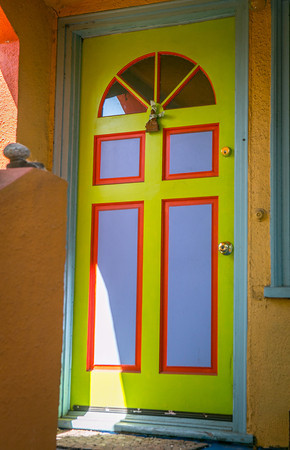 The colors are just the beginning.  Here, colors plus religious iconography: 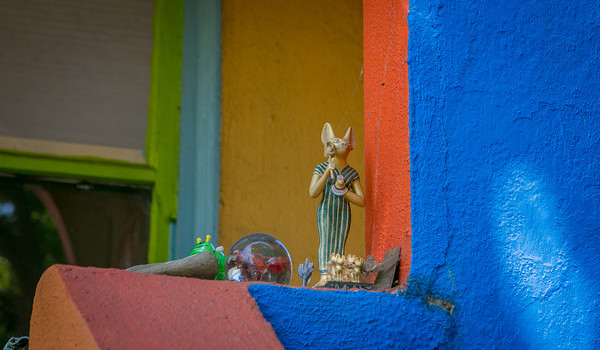 On the porch, more color, and a Whimsical doll house that incorporates religious iconography and more. 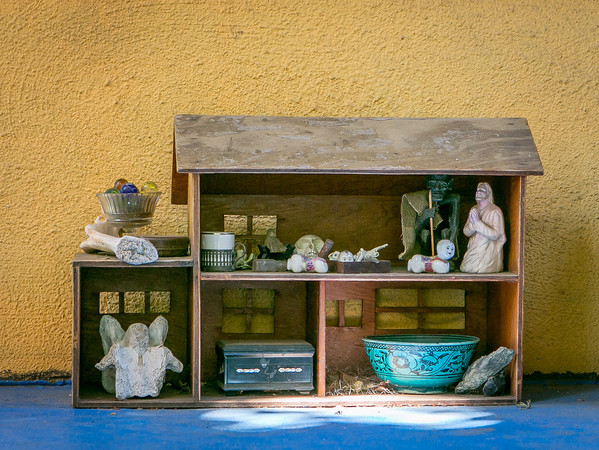 On the ground, how about this stunning collection of powerful females? 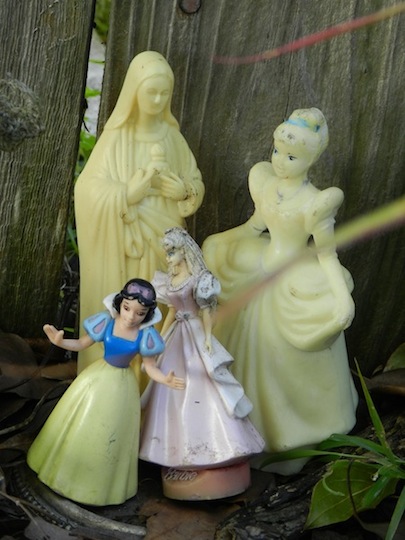 More religious iconography, and I strongly suspect that the use of the Virgen de Guadalupe here is artistic rather than religious: 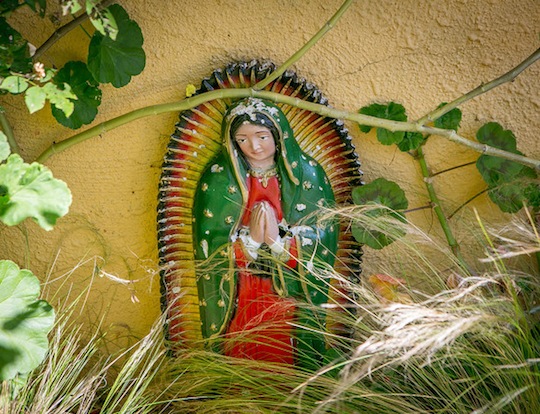 There are many small figures and small tableaus.  They change.  They are changed.  At one moment here is what some were: 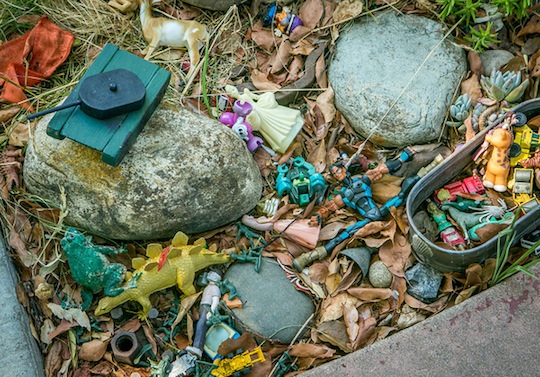 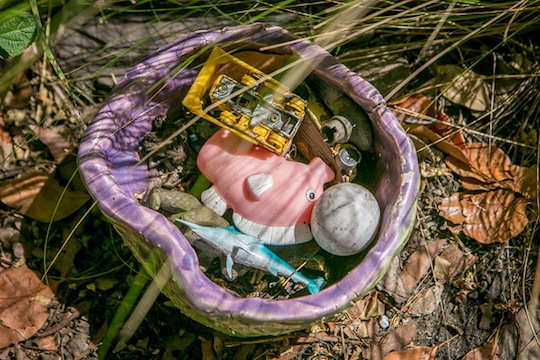 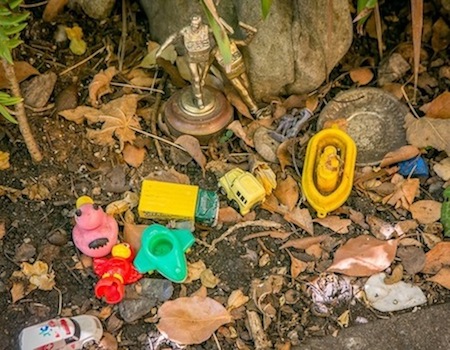 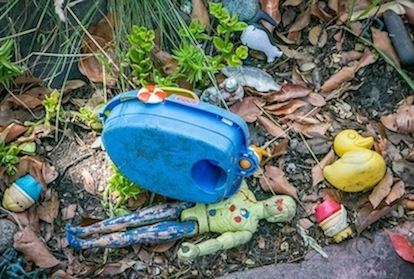 A final reminder of the bold color choices: 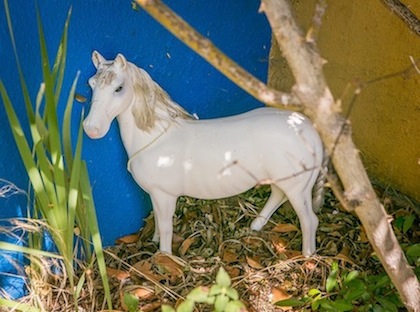 My friend digs the little figures (especially the “chicks” as he calls them), but is conscious of being under-dressed.  Plus he wants to know what my issues are with Donovan, but that’s for another time.  He says the key for “Fingertips” was C minor, and then he says the same thing about Talbot Street that he says about everywhere else.