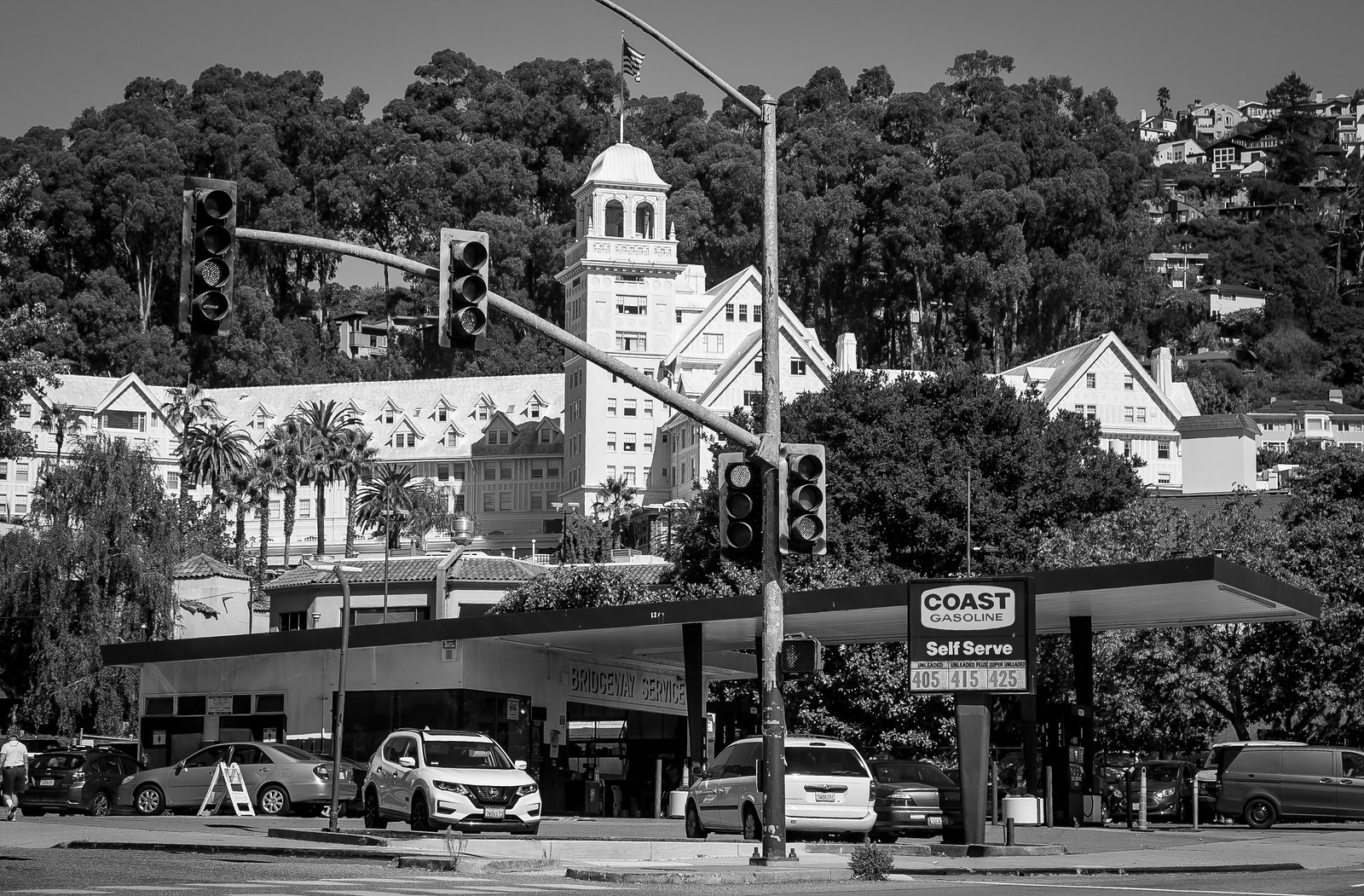 When I made my list of old and former gas stations to shoot for this post, I did not have this Coast Gasoline station on Ashby near Claremont.  John Storey, who normally pretends he doesn’t know where we are in Berkeley, suggested this gas station.  Good idea!

A lapsed enthusiast of Quirky Berkeley had urged us to find a Googie gas station, When I made my list, I also didn’t have any candidate for Googie gas stations.  “Googie” is another way to say “coffee shop moderne,” a style of the 1950s.  If you have some time to kill, I did a long post on Googie and Googie in Berkeley here.  Although it is not an outlandishly spectacular example of the style, as are these, I think we did find us a at least an almost-Googie gas station.

This is quite a photo, no?  Almost-Googie gas station and the Claremont.  It is stunning in black and white.  When I told John Storey that we would be shooting old and former gas stations, he chose to bring his old black and white camera for our weekend romp – a good choice for a disappearing technology.  And he hasn’t lost his touch with black and white, has he?  It adds to the Old Weird Berkeley vibe.

Let’s head west on Ashby down to Shattuck, where there is another old station still in operation: 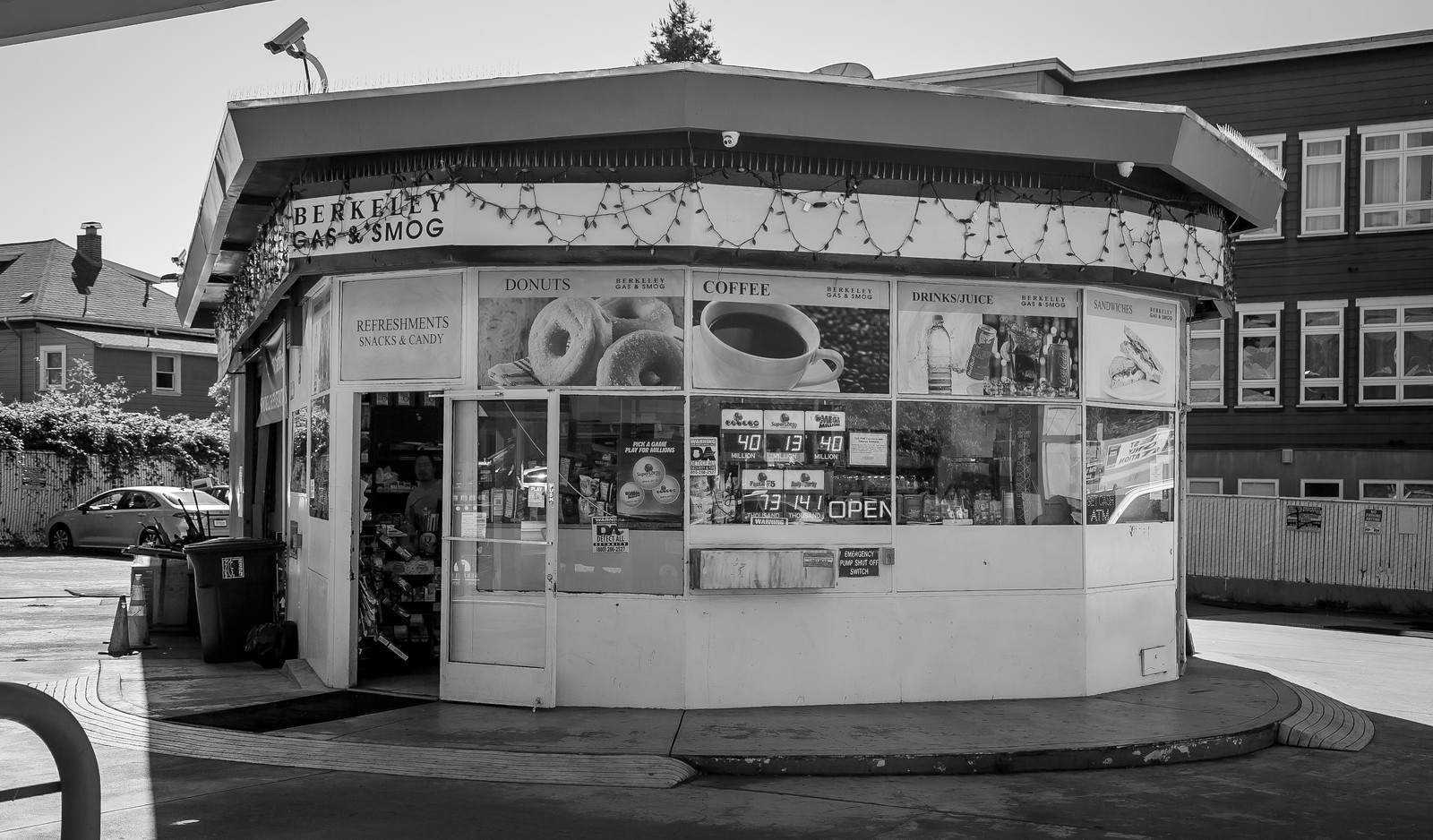 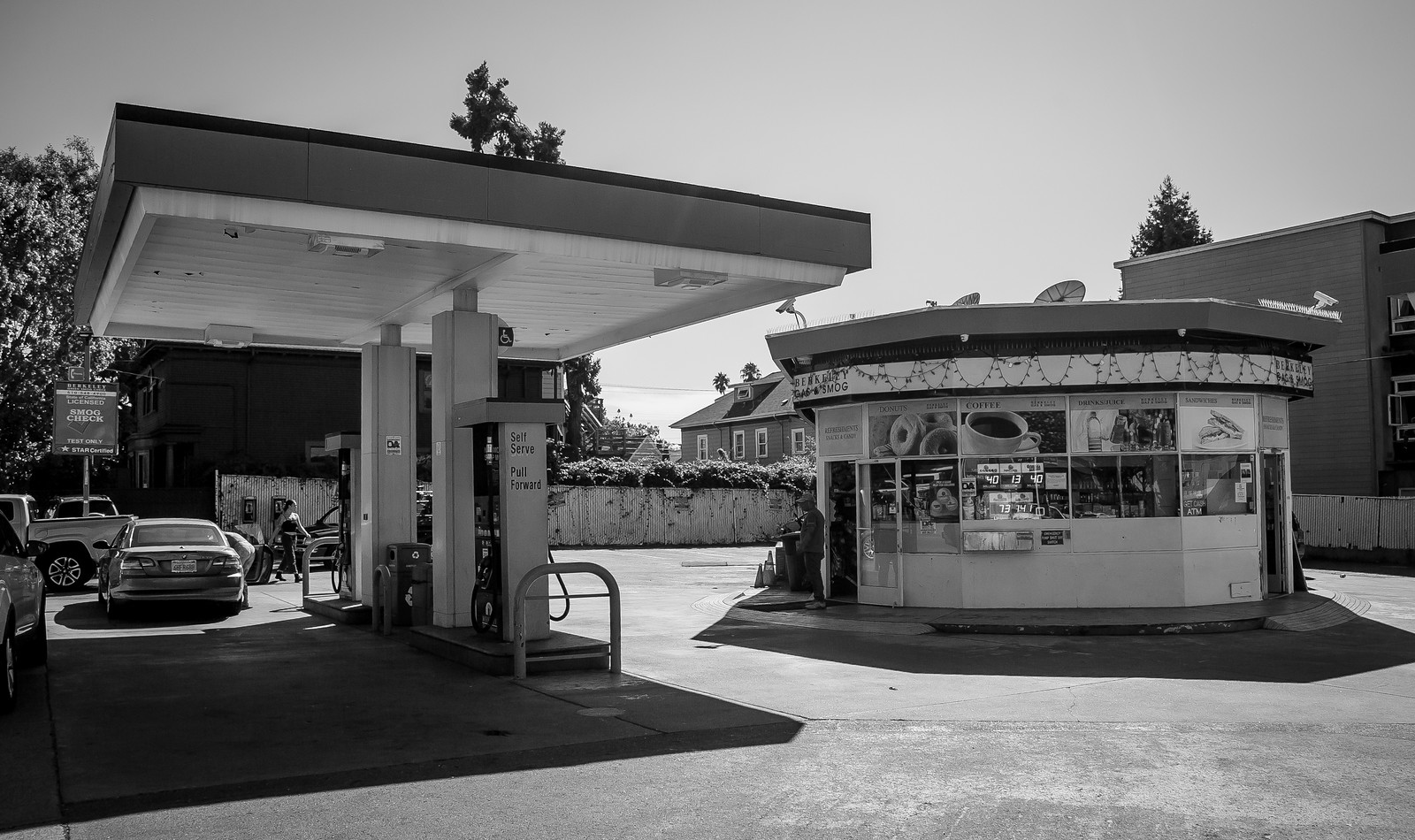 Across Shattuck, a former station: 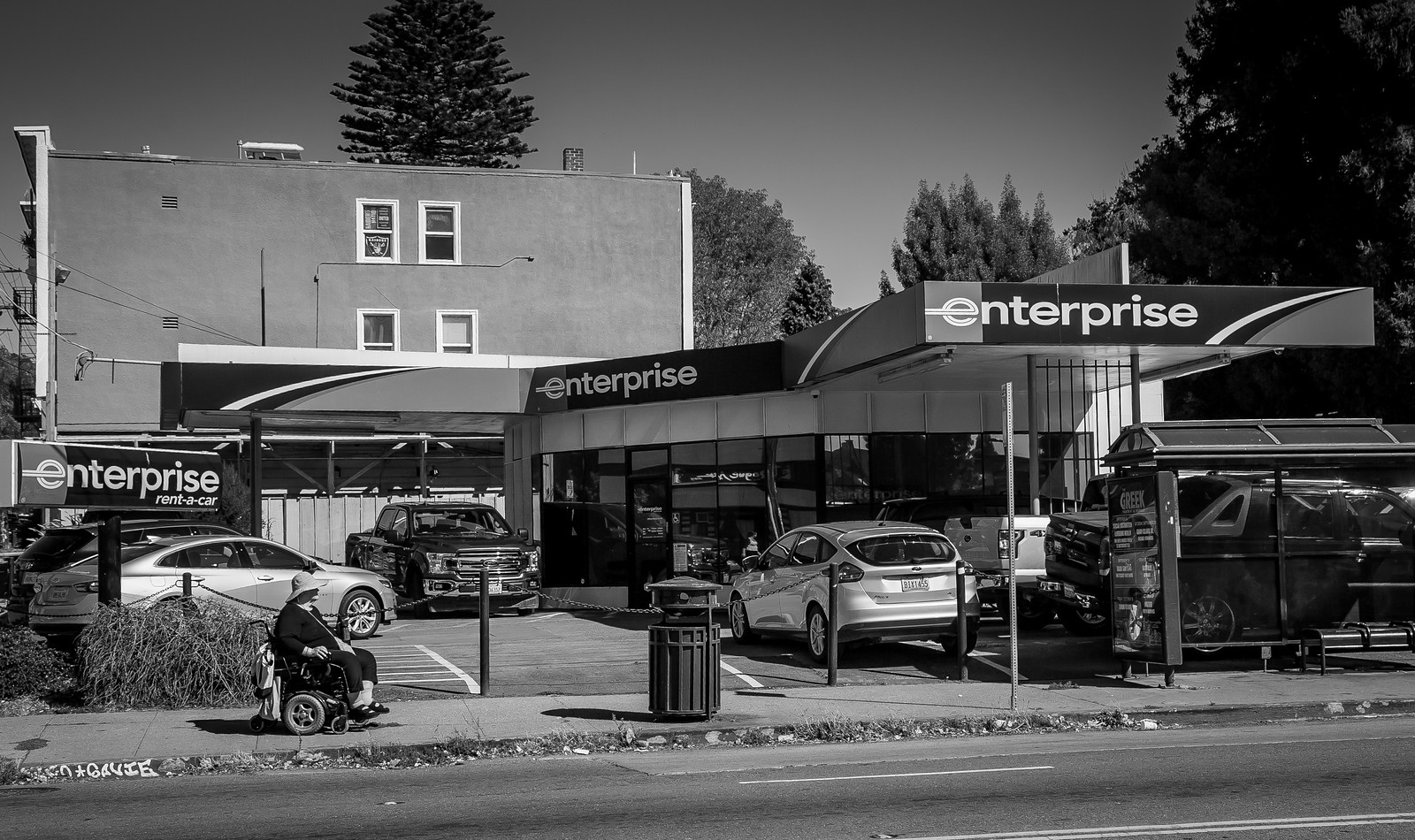 South then on Shattuck to Motor City Automotive, another former: 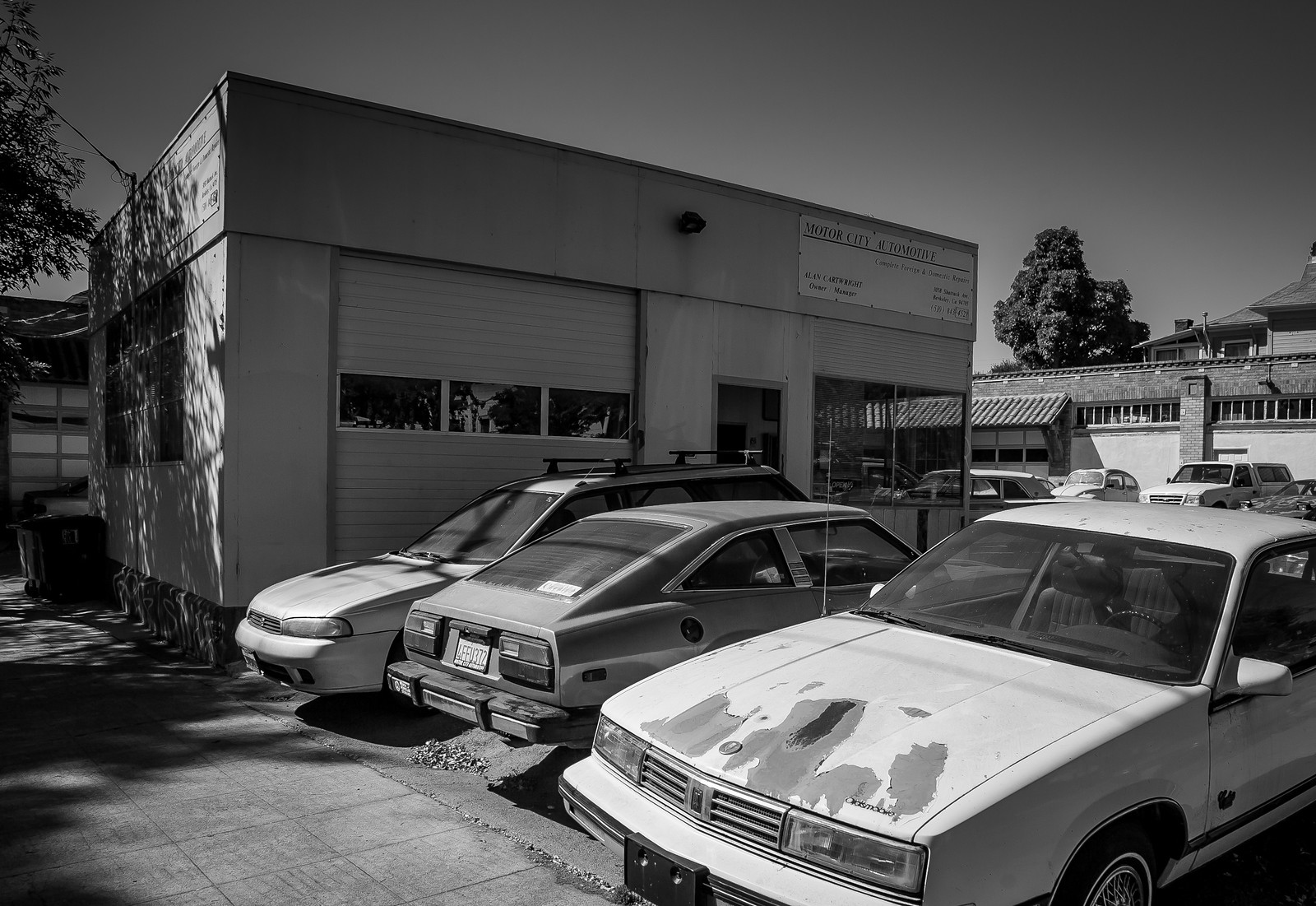 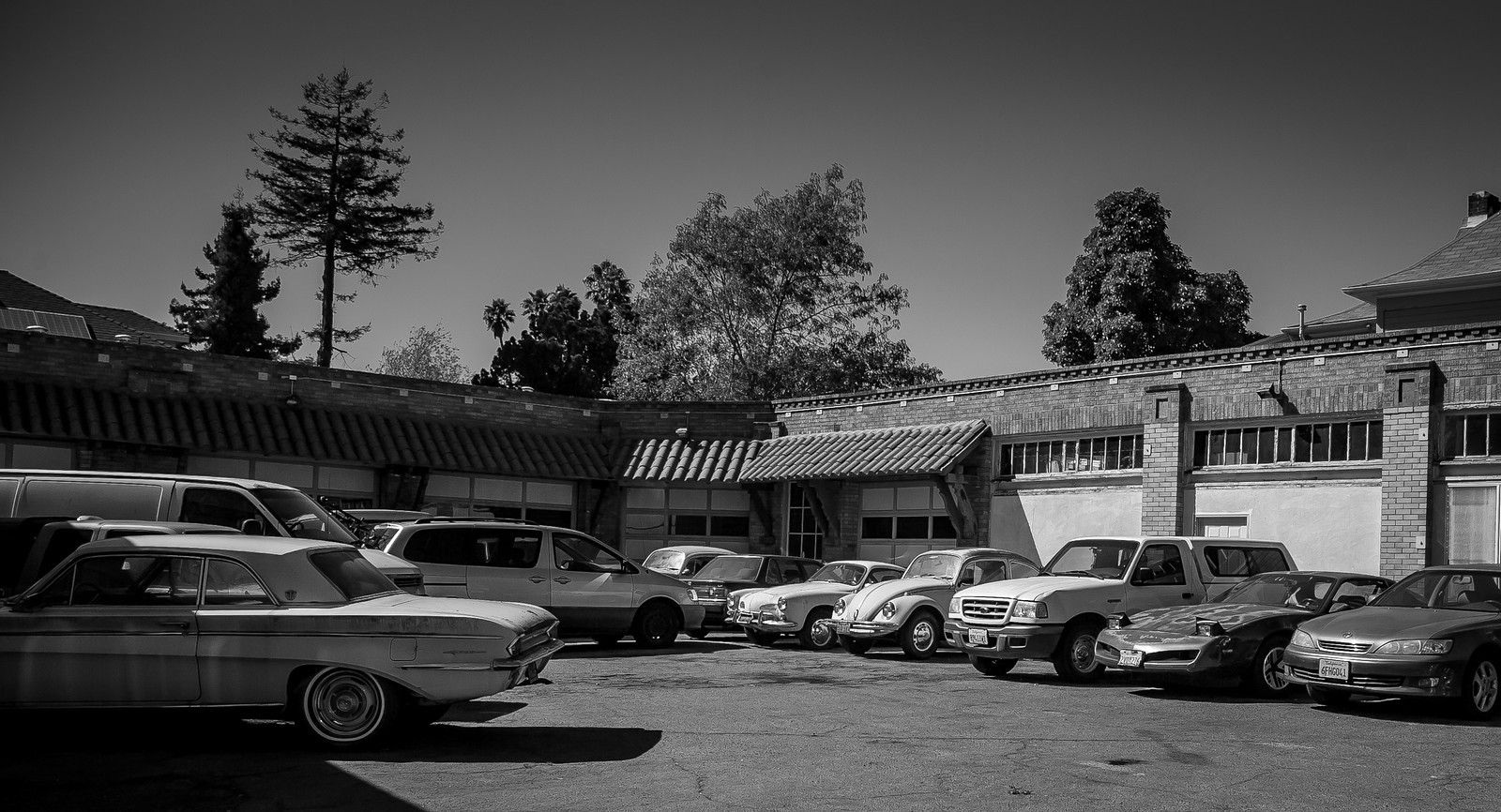 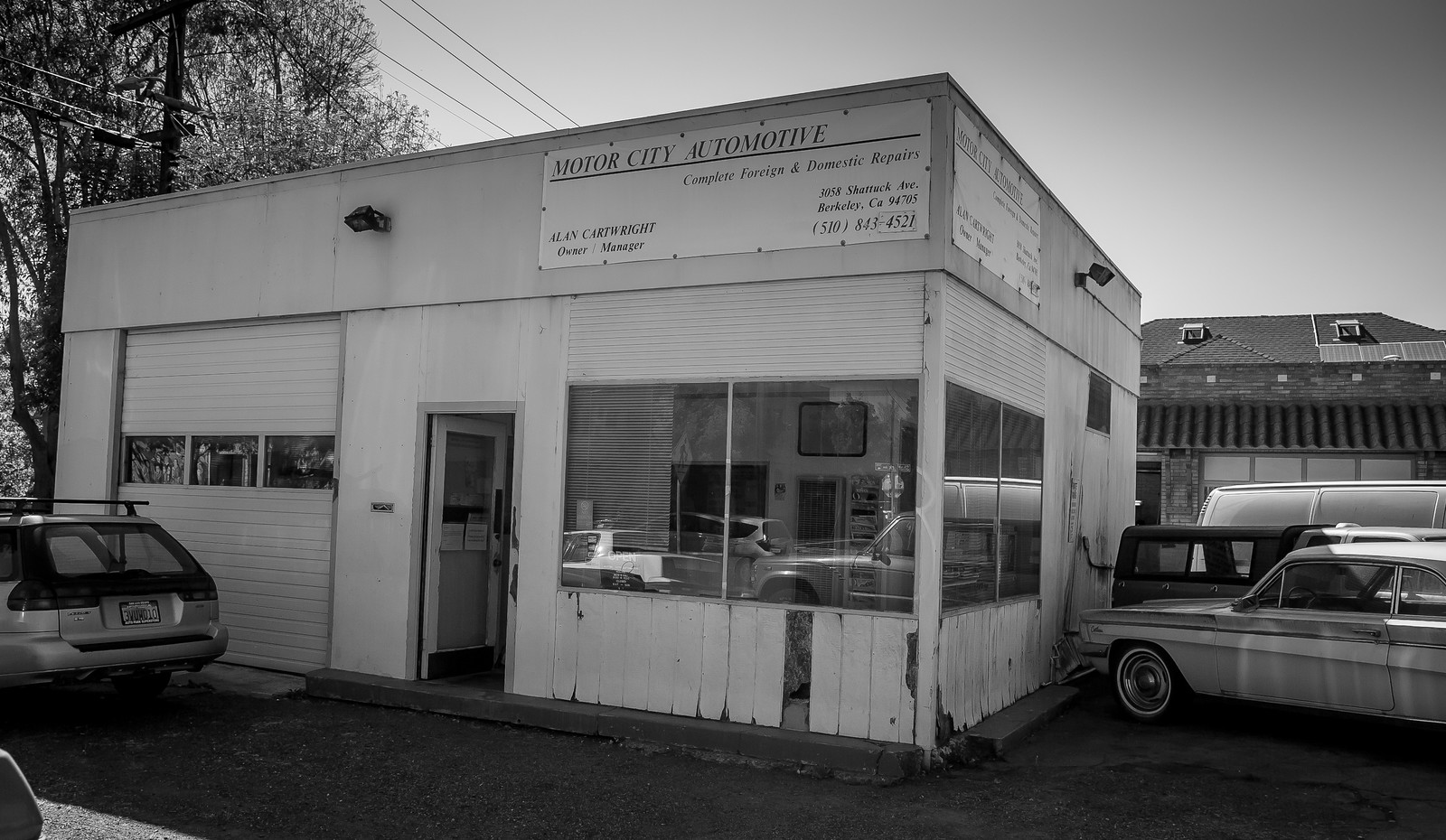 Back to Ashby and west to Sacramento and the BioFuel Oasis: 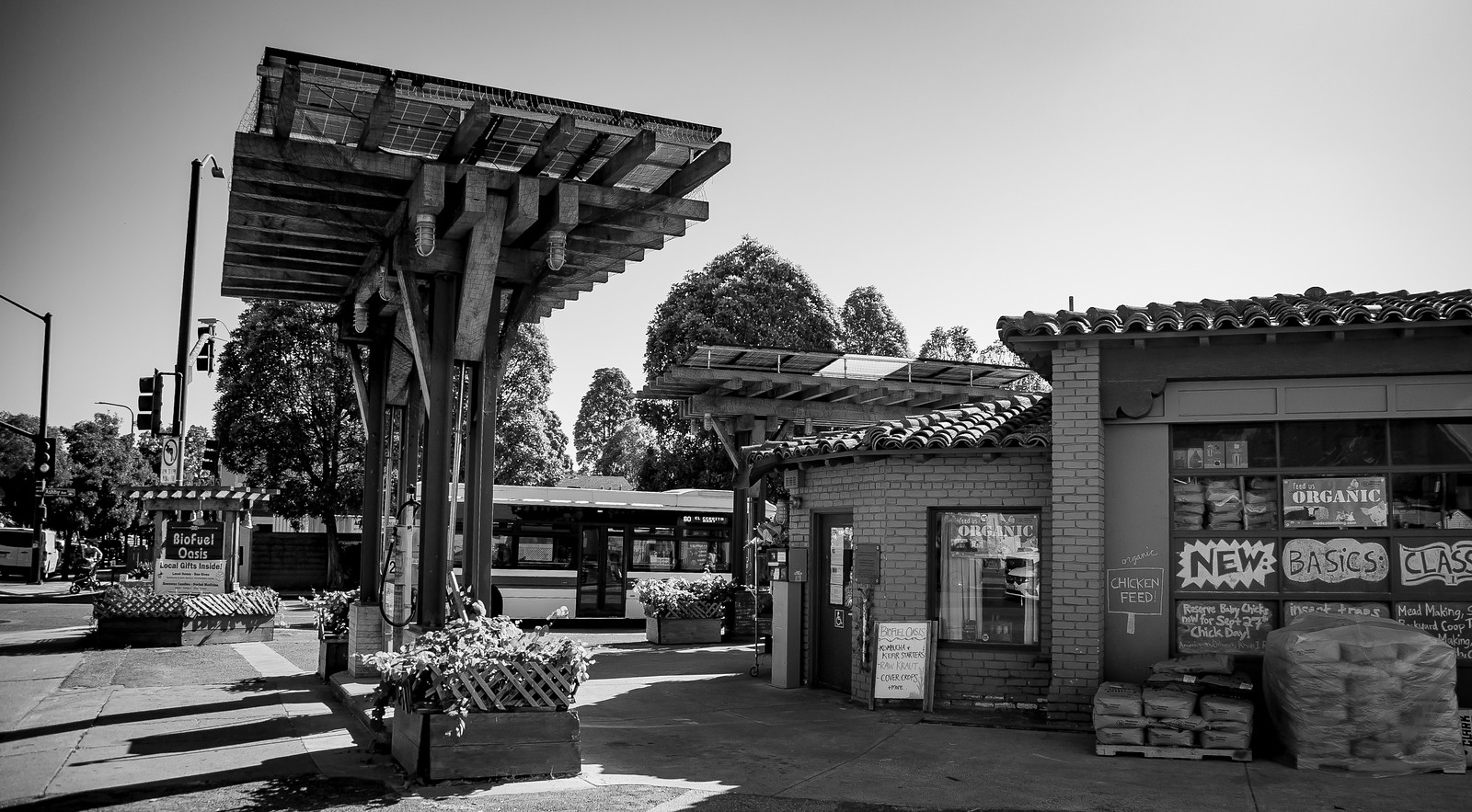 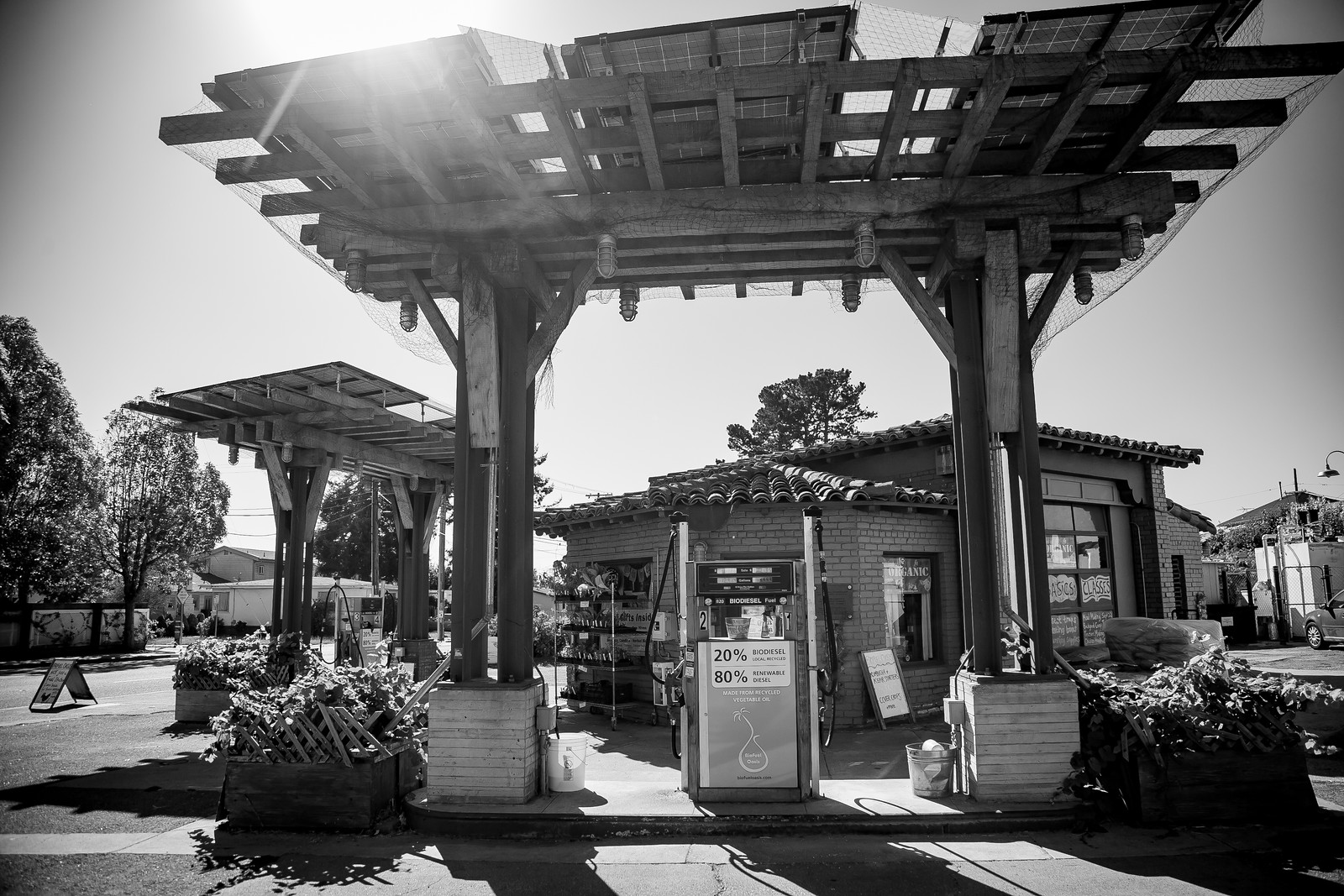 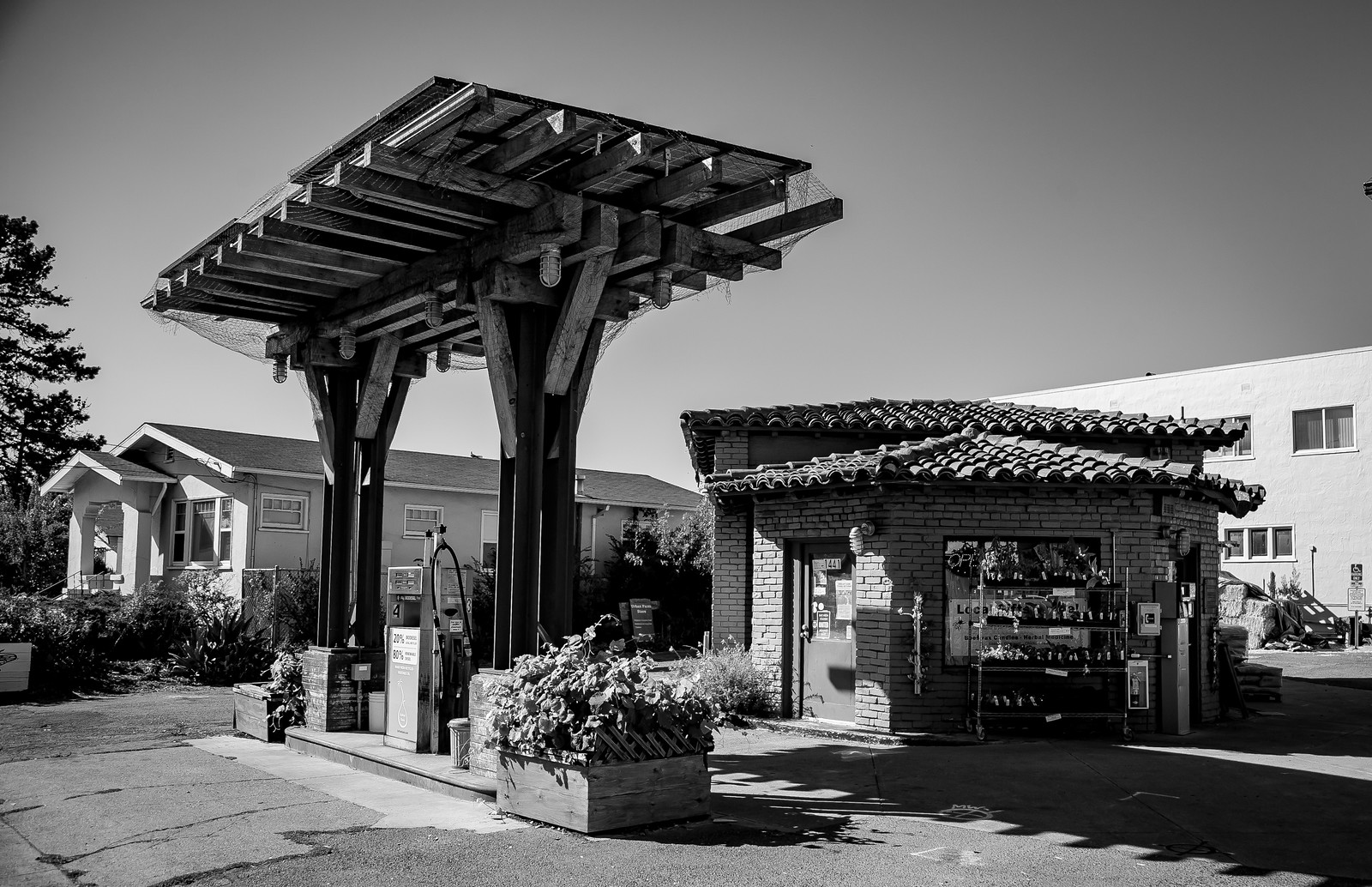 In my book – spectacular. 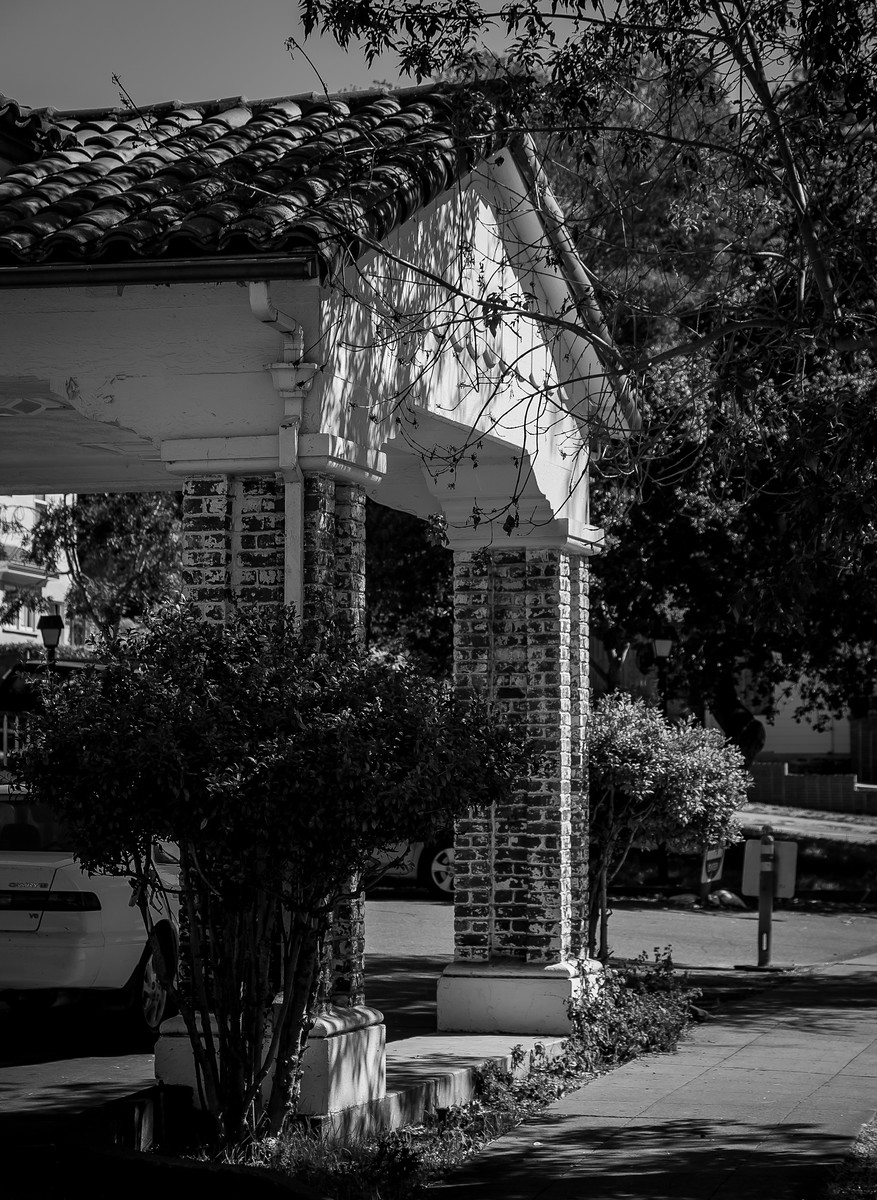 This is another contender for Best Old at 1201 The Alameda in North Berkeley.  Remember – it is The Alameda, but not The Arlington, just Arlington.  A common mistake. 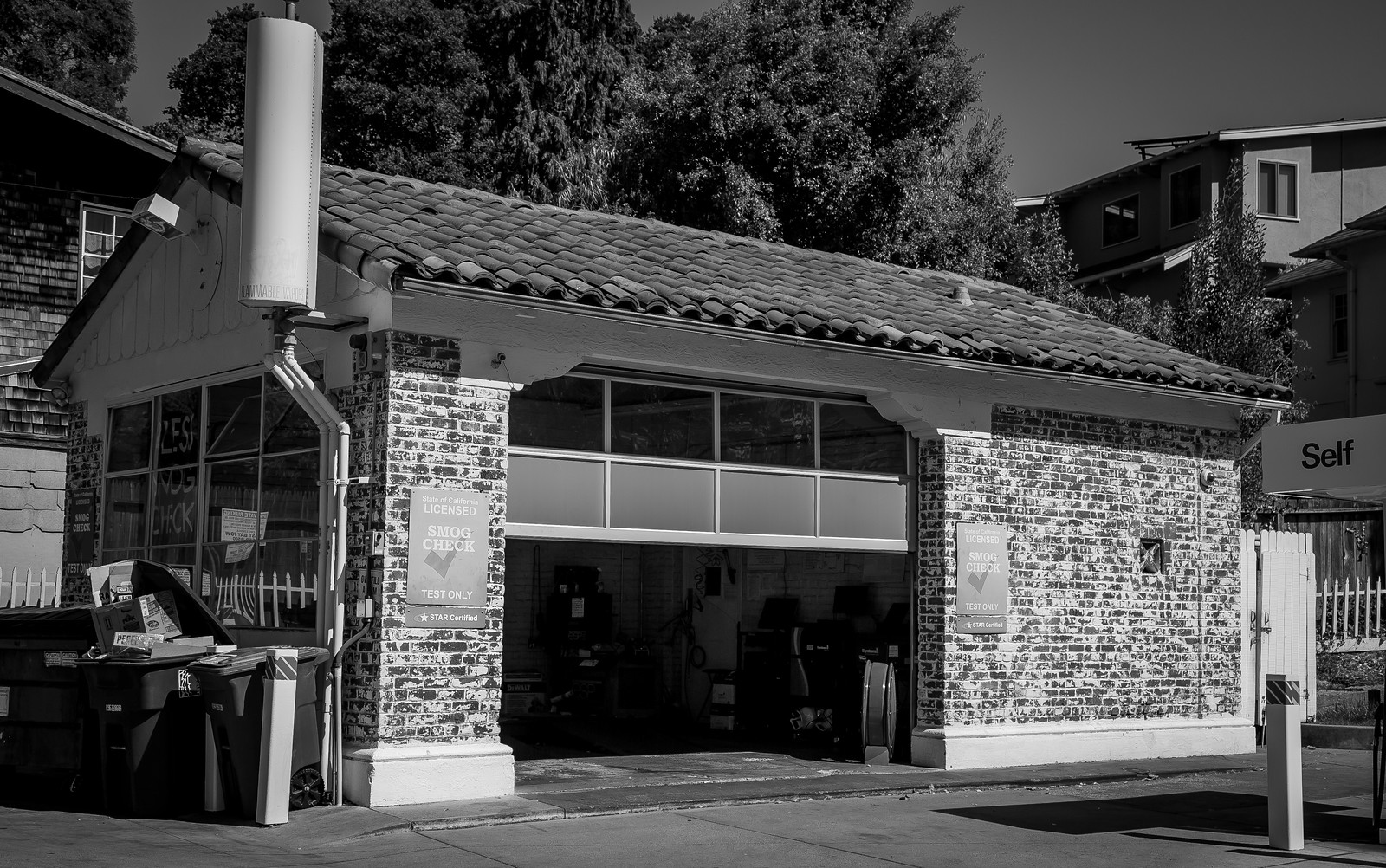 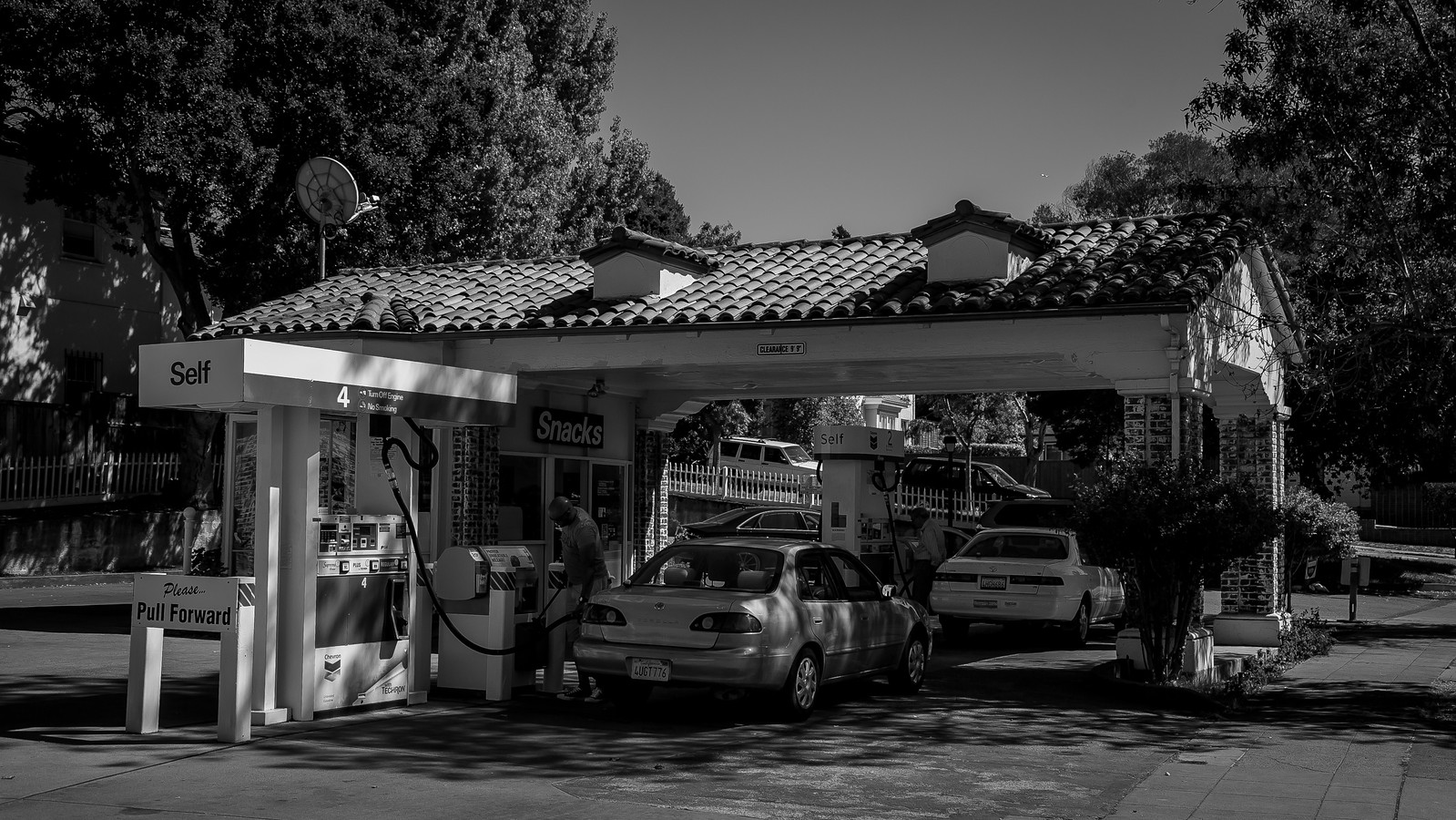 Four years ago I posted on the former gas station at 1745 Cedar at Grant.  You may remember – the fantastic bugs that Peter Mitchell made by welding car parts together. 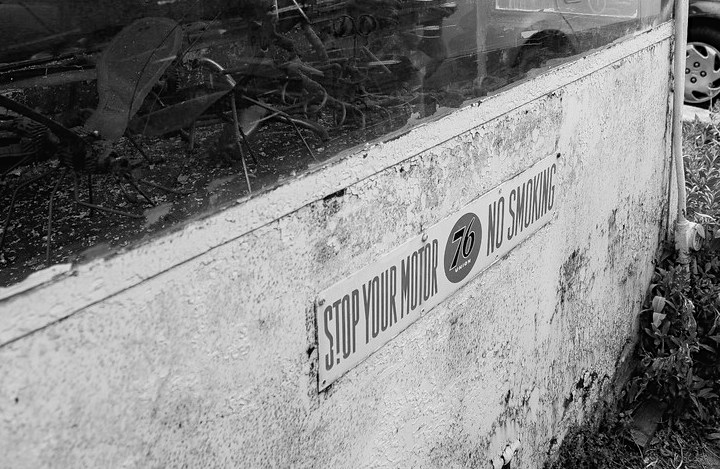 It was originally a Union 76 gas station, then Stu Anderson’s garage that specialized in repairing Jaguars, then but no longer Peter Mitchell’s. 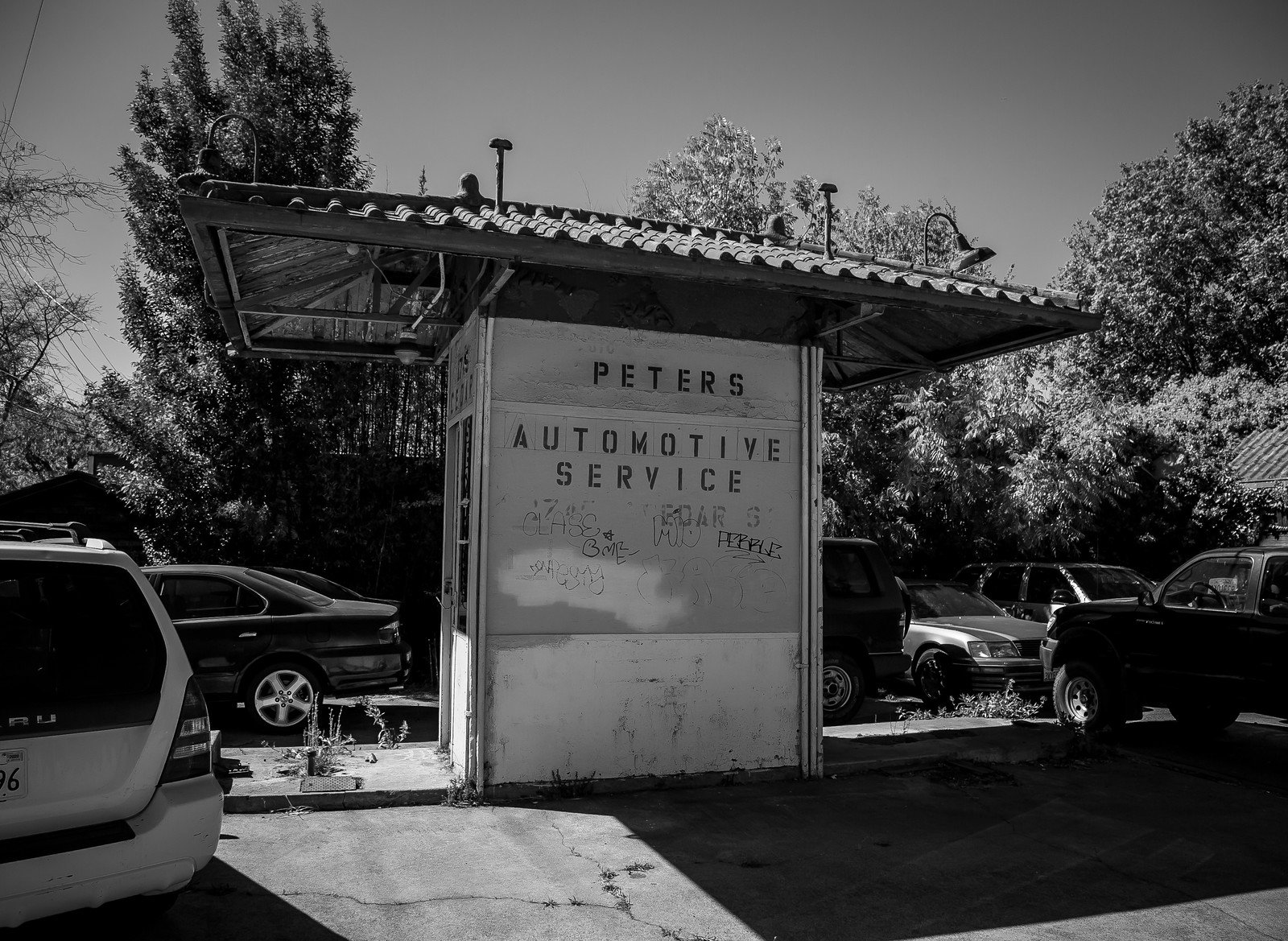 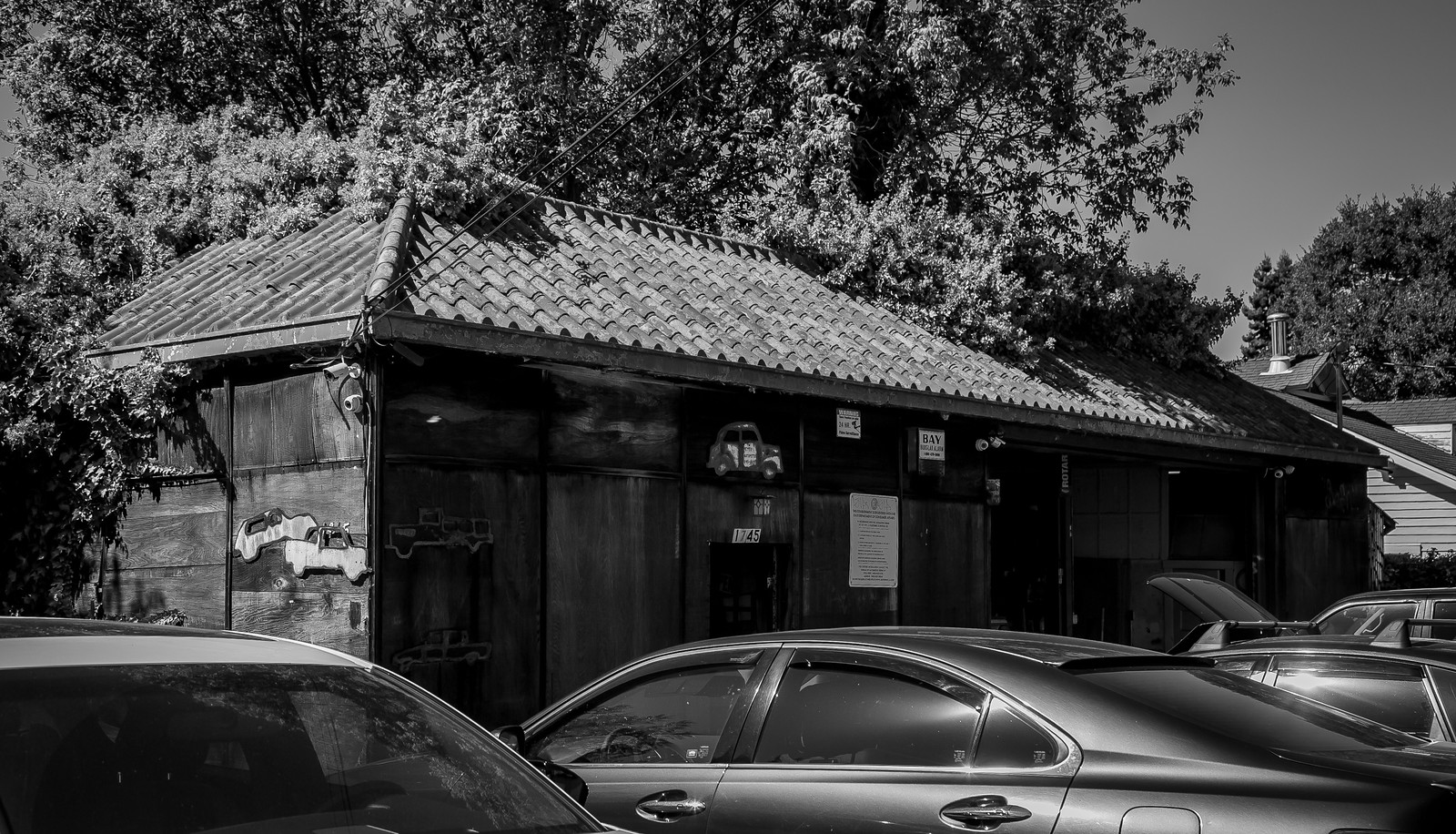 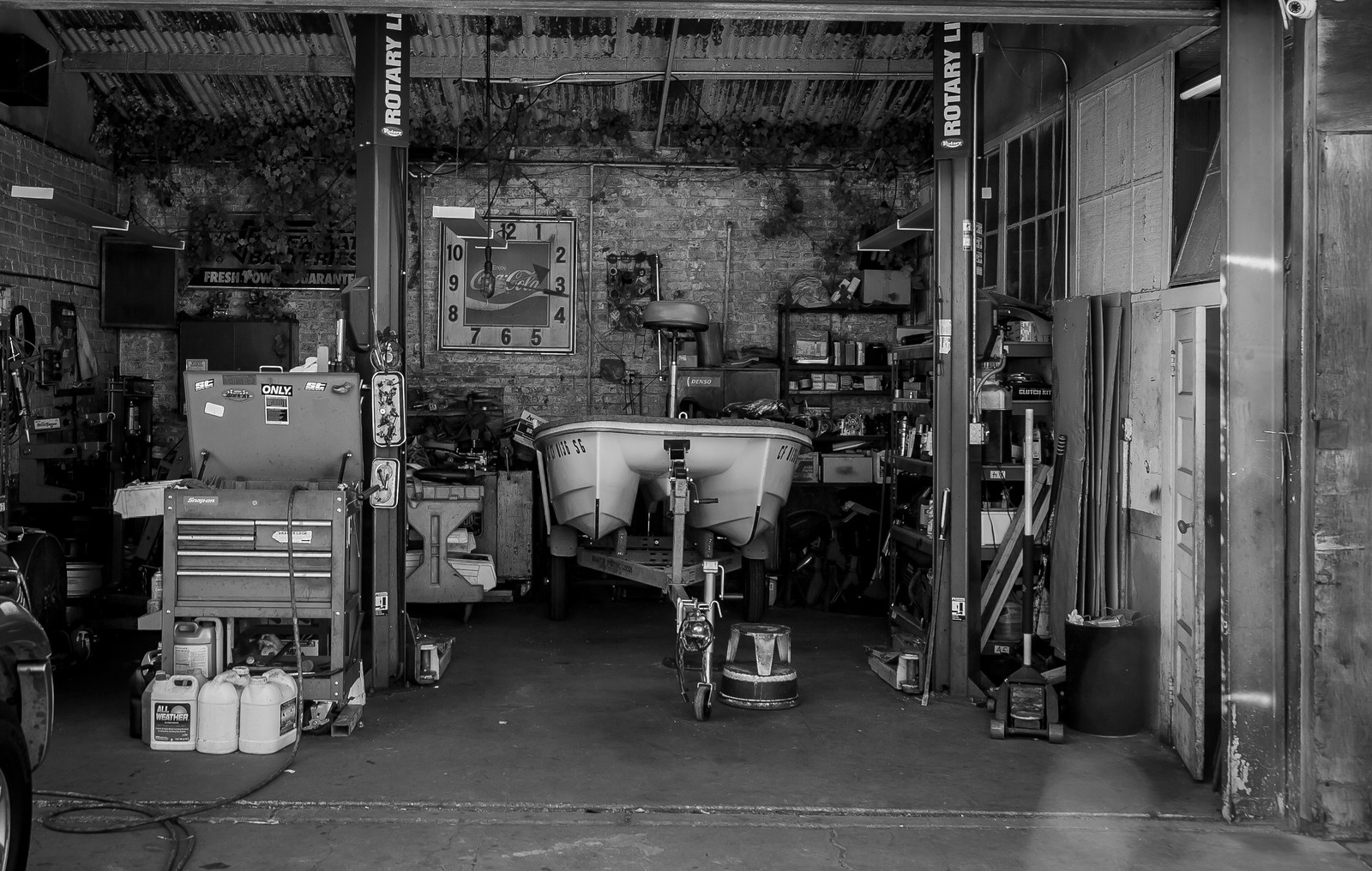 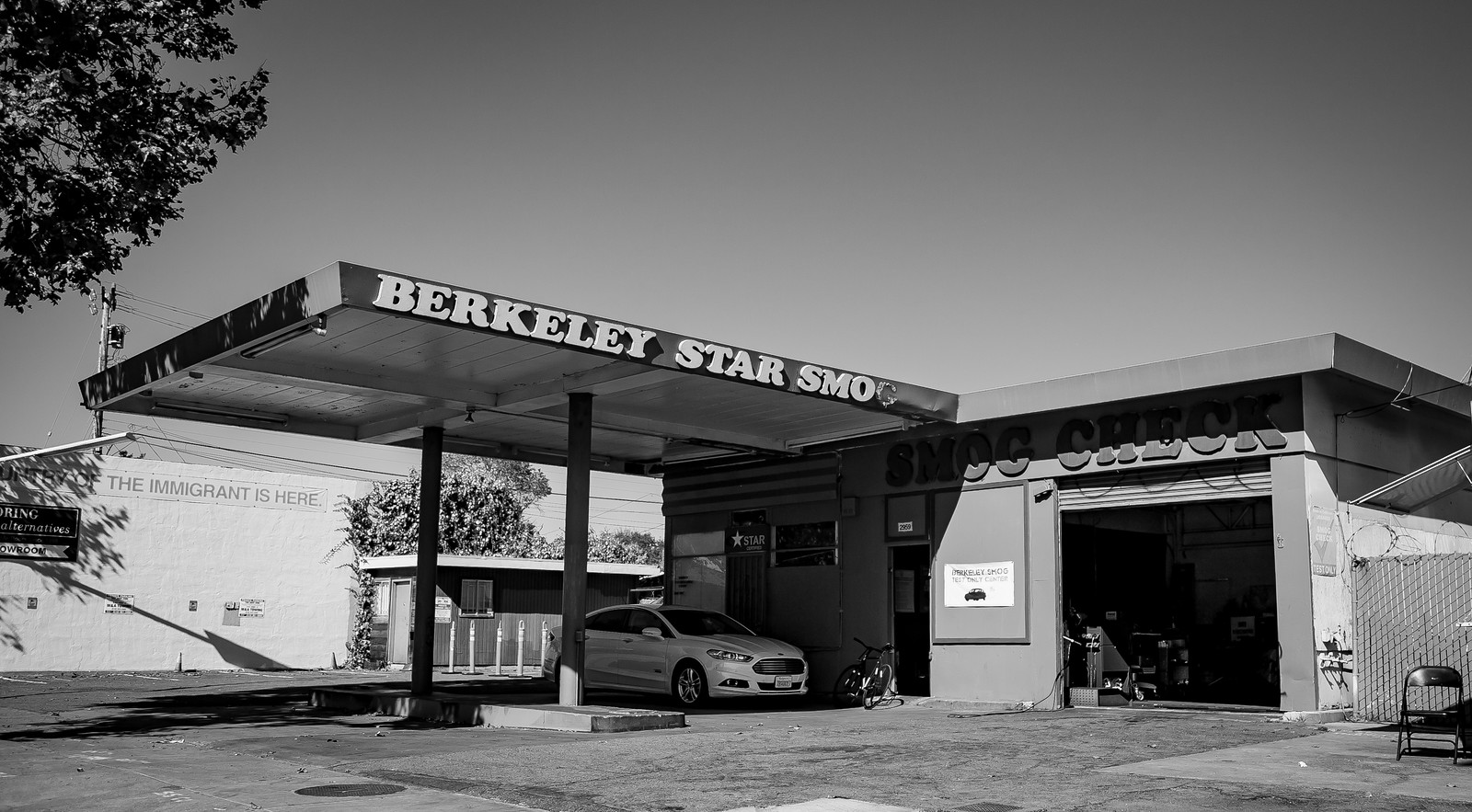 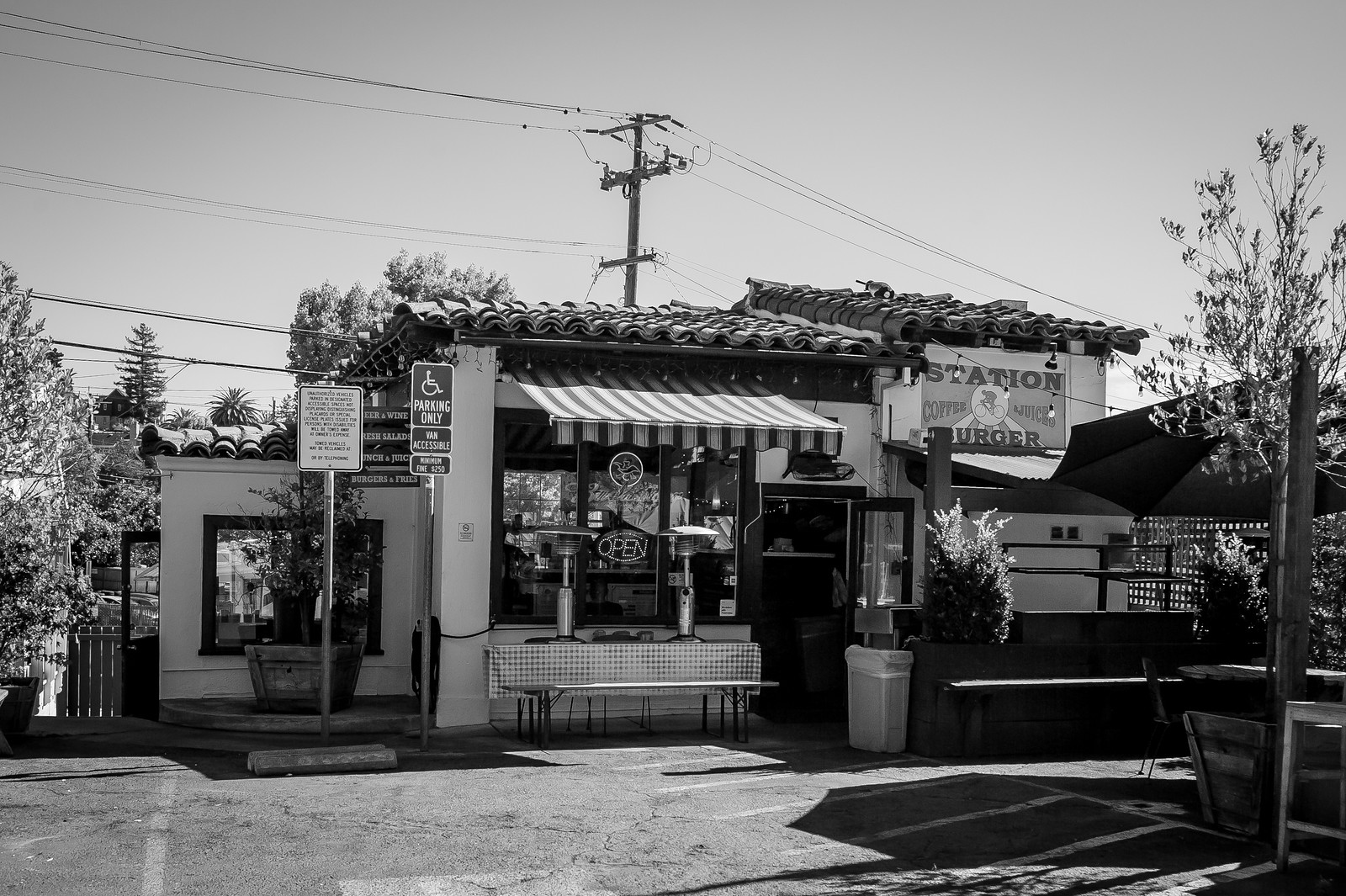 The restaurant’s website tells us: “This beautiful building dates back to the 1920’s. it has served as a trolley station, gas station and restaurant over its 80 plus years existence.” 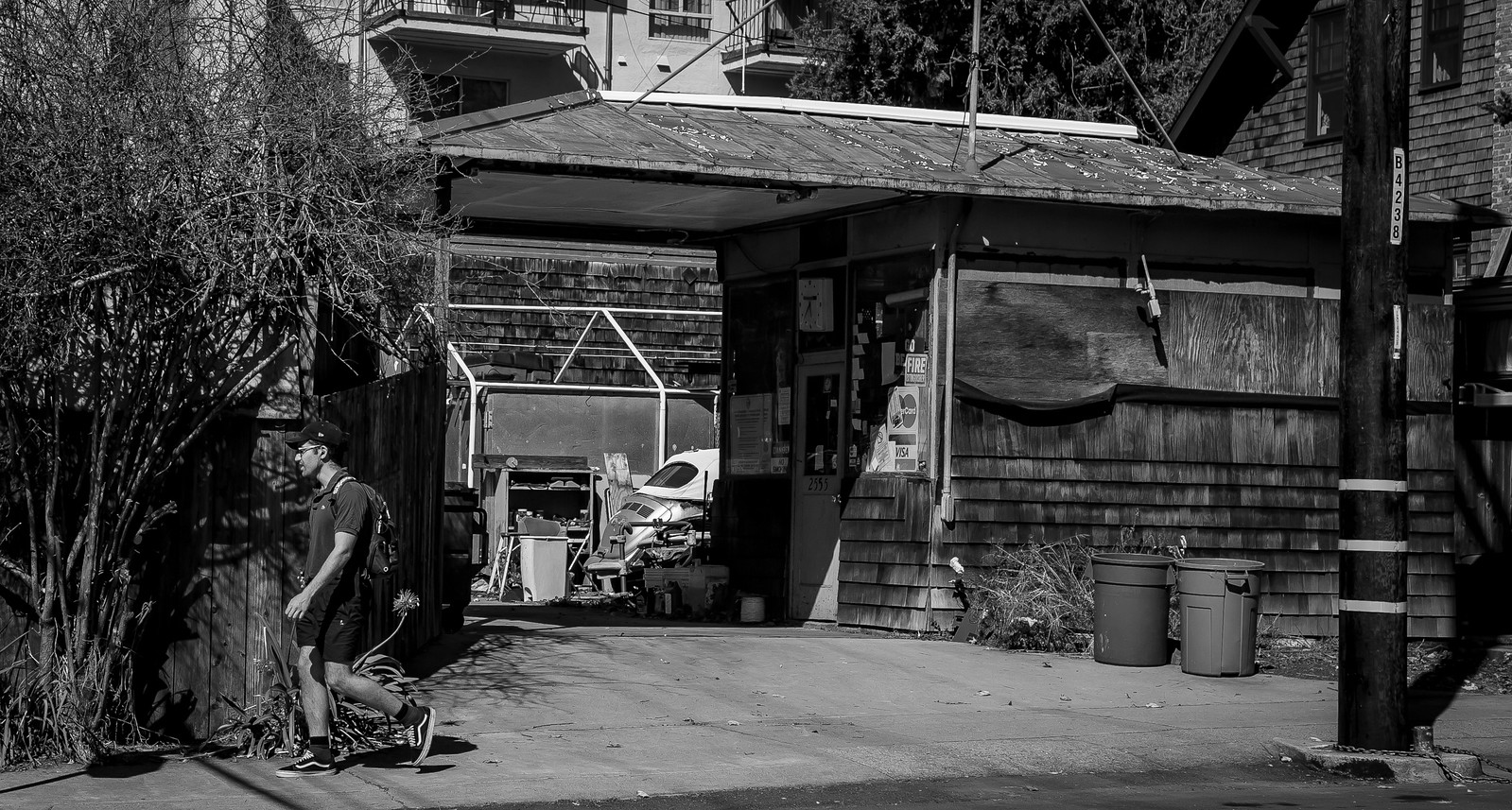 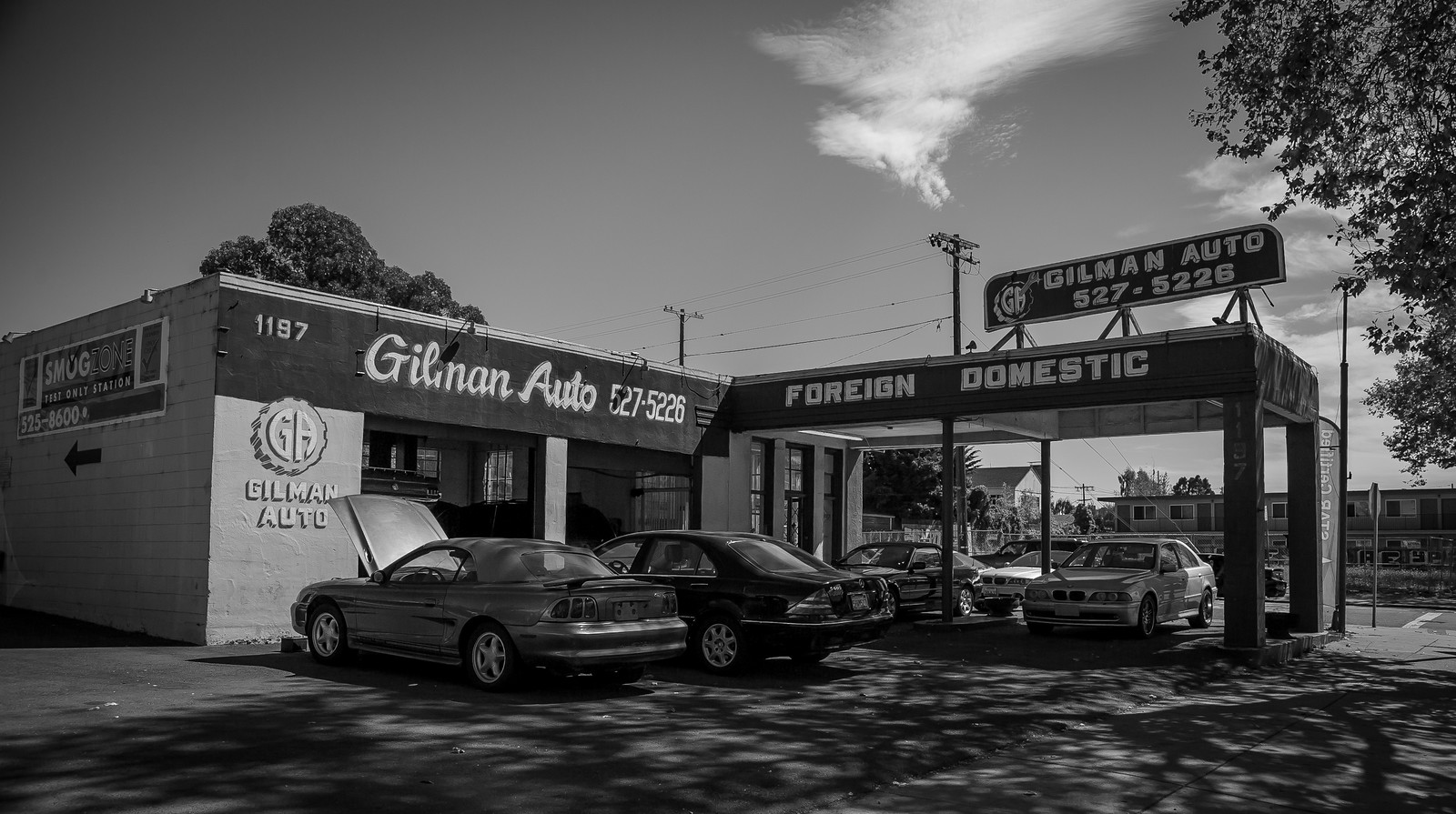 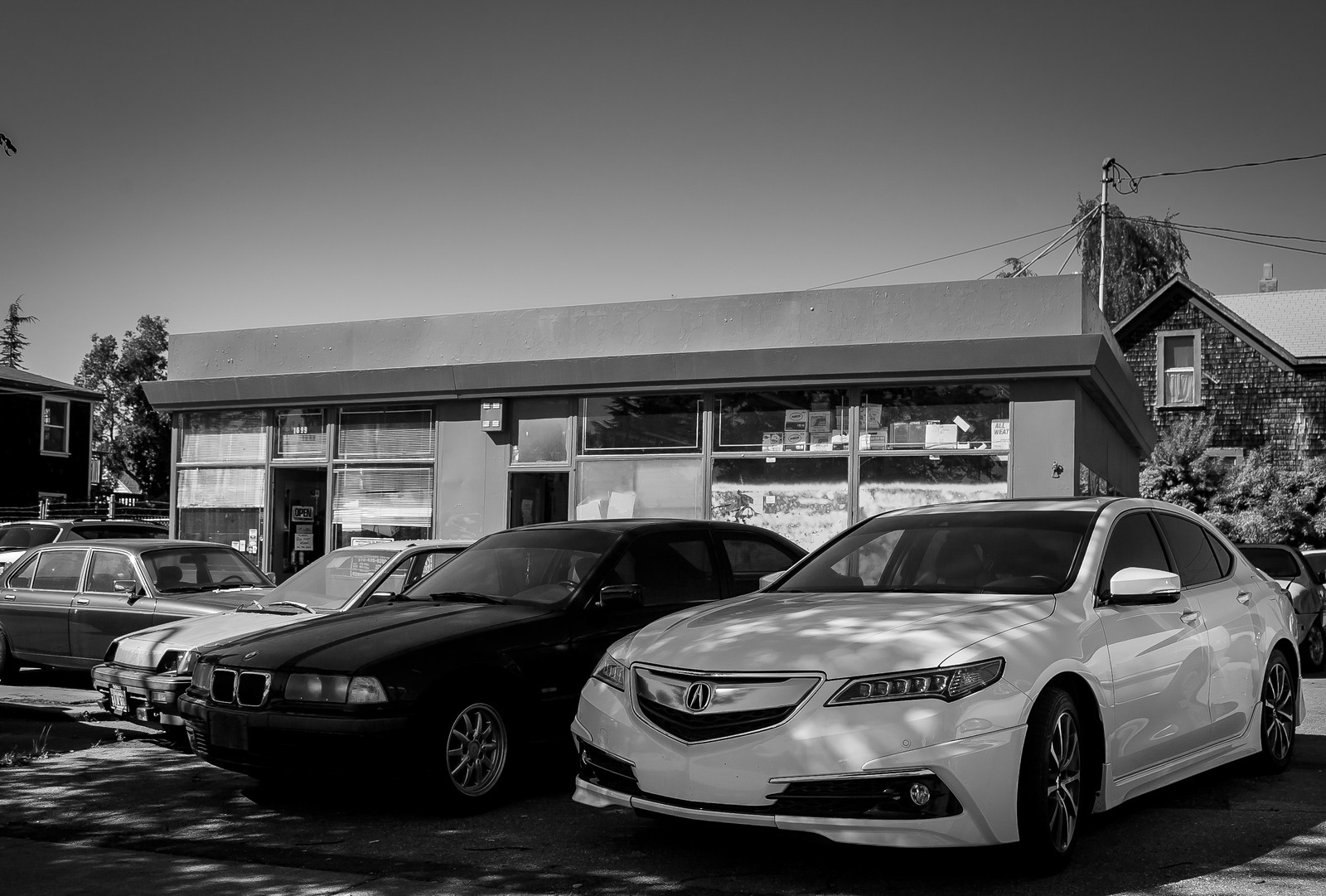 We may have missed some, but this is a nice sample of photos of a vanishing entity.

My friend scrolled through the photos, going more slowly than usual – something that I have noticed he does with black and white.  He went to his quarters and returned with a photo. 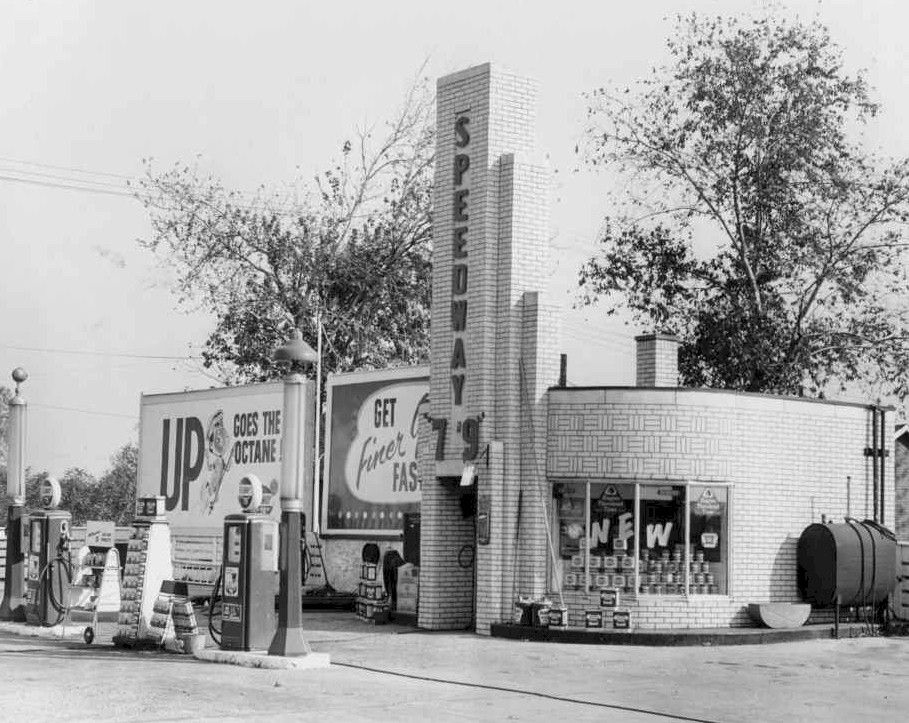 “Me and Earl worked at the Speedway 79 in junior high school.  The owner was named Joel .  Joel didn’t know we were twins.  We split the job and he never knew. It became Marathon but I still think of it as Speedway 79.” 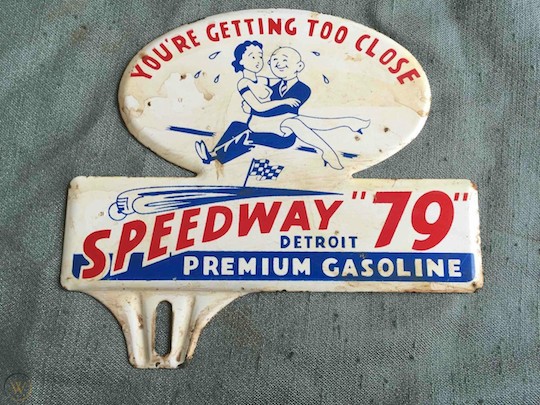 Fascinating, but what did he think of the post?  “Well, I hope that in not many years kids are gonna look at these photos and not know what a gas station was.  Why would you burn gas for a car when there was electricity?”

Good point.  But, what about my black and white post here? 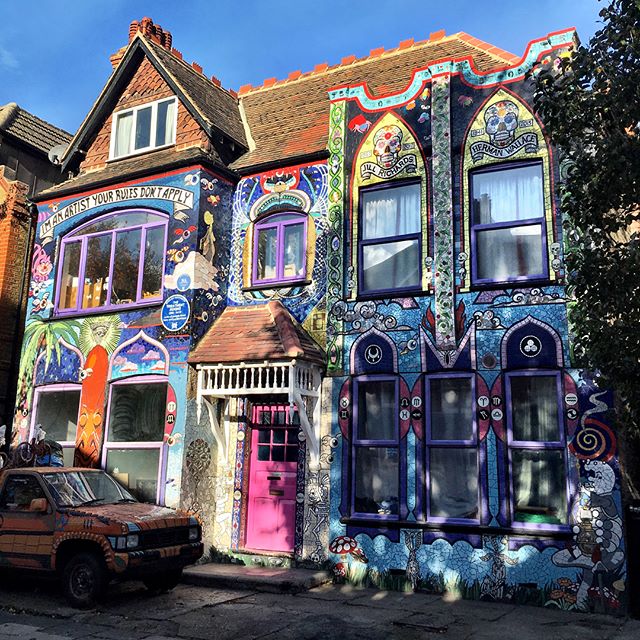 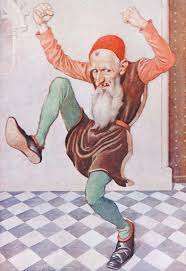 I stomped my foot.  Literally.  I regret losing my cool, but I wanted to know what he thought of the post.

He said, “Okay Rumpelstiltskin.  You want to know what I think of the post.  I know you do.” 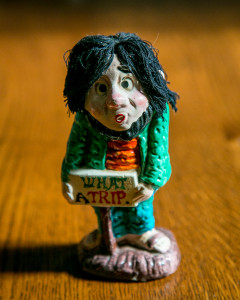 P.S.  The lapsed enthusiast of Quirky Berkeley mentioned above sent me a photo of a gas station at 21st and Broadway in Sacramento. 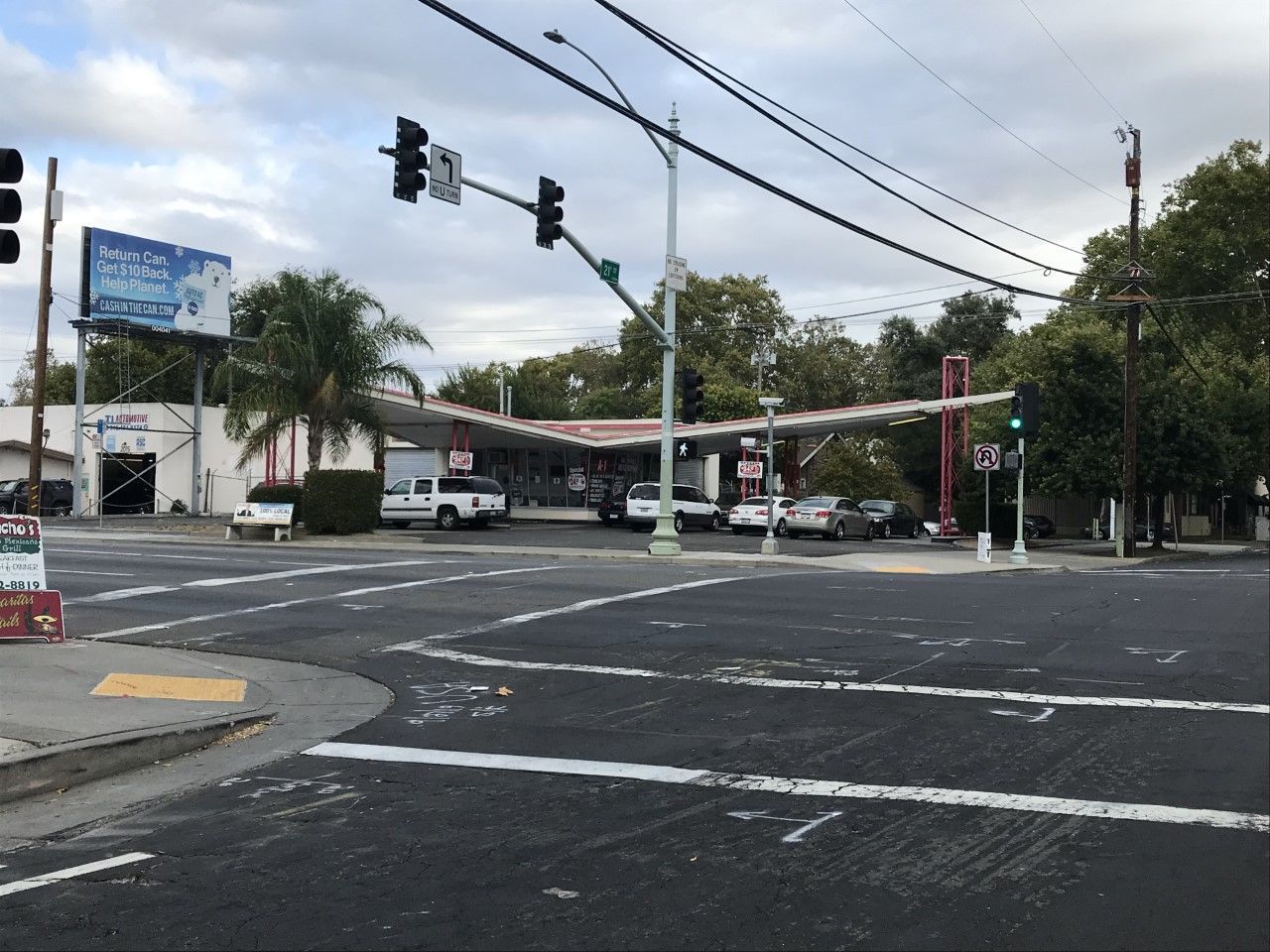 He was taking his son to archery.  The gas station is not bad. 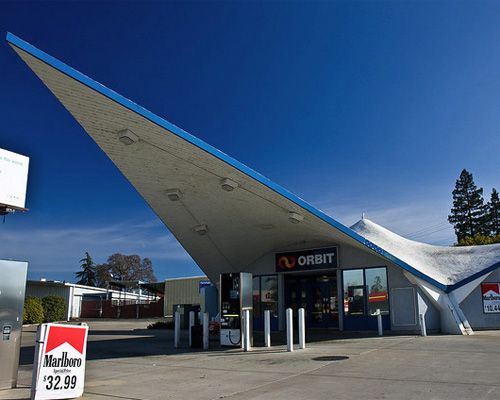 This too is in Sacramento.  If he is serious about getting back into the good graces of Quirky Berkeley, he will organize a Googie tour of Sacramento.  I think there’s a bunch there.

One Response to Gas Stations of Berkeley – Old and Former