Here are two passages from Gabby’s memoir that reveal his early fascination with collections.

Gabby’s relationship with Young Emily began in the spring of 1970.  Gabby was working on the grape boycott in Philadelphia. 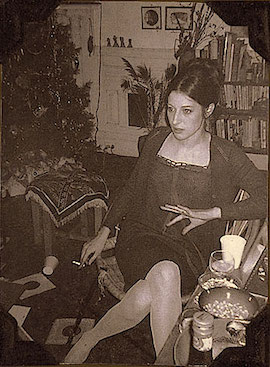 Tavia was a strong supporter of the boycott, and Young Emily was her daughter.  This photo of Tavia is from several years earlier. She still smoked when this photo was taken but had quit well before Gabby met her. 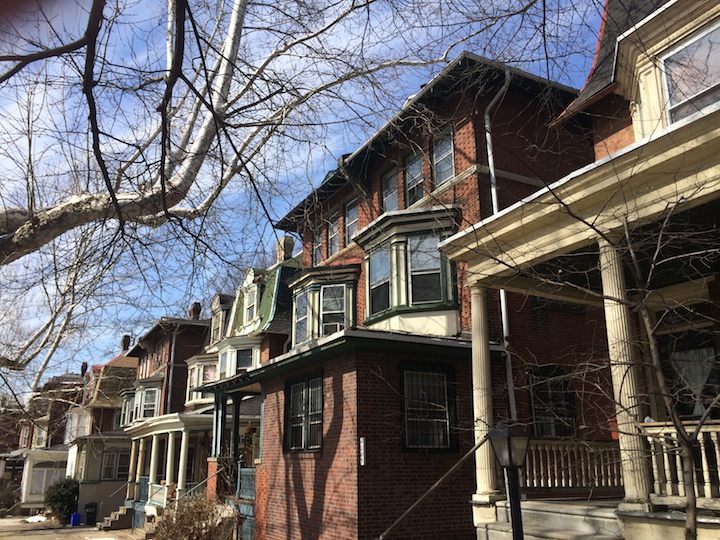 Tavia lived in West Philadelphia, and in 1970 she threw a party for the UFW boycotters to bid farewell to Hope Lopez, once the leader of the Philadelphia boycott, who was returning to  California with her two sons.

In this passage from Gabby’s memoir, his fascination with collections is apparent.

Flaco soon gets his wife calmed down and I can breath again, the kids are allowed back in the room after the offending words are smeared into oblivion and music’s on and dancing starts again and the boys aren’t so pissed at me because I’ve slipped them a cigar-sized joint that Tavia’s daughter Emily, 18 (ok, 15), West Catholic High, handed me to give them. 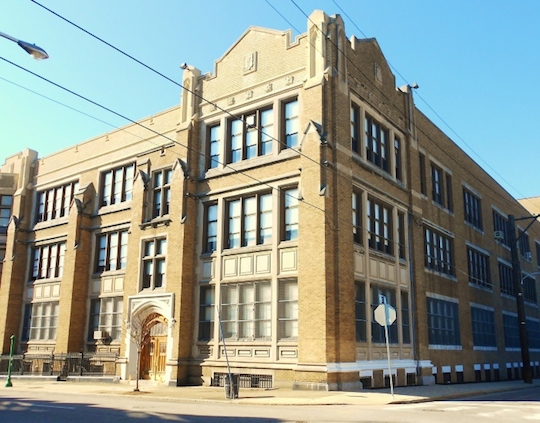 When things were turning ugly with the boys, she had told me “I can help” and a minute later was back with the joint.

The boys appreciate the joint and peace is fully restored. I say to Emily, “I don’t mean this as an insult and please don’t take it as one, but you don’t strike me as the type.” 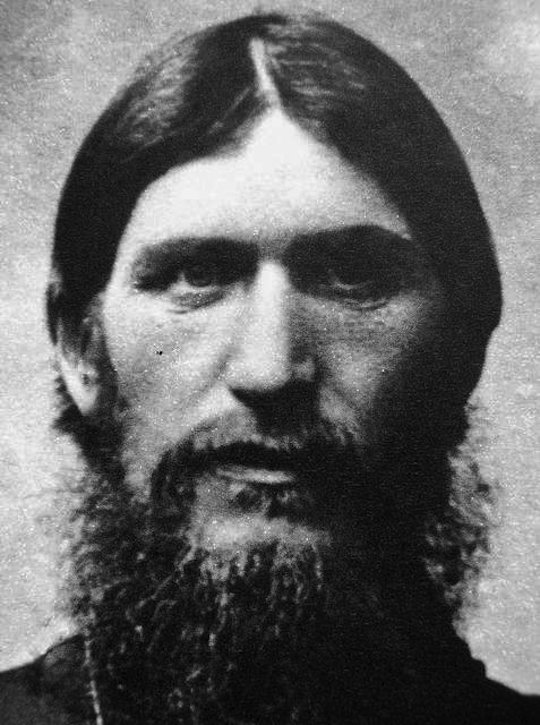 “I’m not and none taken.  Some of my bad-Catholic-girl girlfriends were over last night and left it.  Isn’t it odd how the path to peace is sometimes a sin?  How much do you know about Grigori Rasputin?”

Emily shrugged her shoulders.  “I am not convinced.  And besides I was talking about the path to peace, not the path to grace.”

“Who said I was convinced.  I’m not convinced about much.”  Famous last words of somebody who is about to get convinced.

What a sweet girl!  Exotic unadorned beauty from the combination of Irish and some other heritage that produces a look that you might guess as being of the Balkans but would not guess as being Irish, thick and slightly wavy dark hair and dark eyes – a slight build, head held proud, perfect posture, humor often expressed in one or two words, a habit of sometimes speaking to herself (“That didn’t work out well” if something did, yes, not work out well), an intense leaning-forward on edge eyes flashing way of listening a richer inner life which sometimes led to a look as if she were laughing at a private joke.  She was very well read, full of music, and full of poetry on account of her mother had read that Jackie Kennedy had her children learn and recite poems instead of giving presents and had thought that a lovely idea.  Oh, yes, one should mention the collar bones and hints of shoulders that made me flinch.  Let me put this simply – she was the most beautiful girl or woman I had ever seen and she was as smart as anybody I’d ever known.   Clear enough? 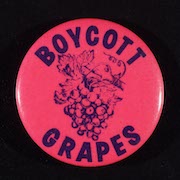 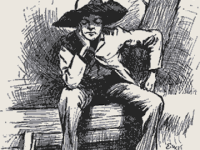 Anyway, we had talked on picket lines in supermarket parking lots, hot town summer in the city, and in these talks I had asked many questions about her Philadelphia Catholic girl life and her her many stories about my Wisconsin boy cays on the banks of the Wisconsin River (not!) and my Huck Finn meets Holden Caufield meets Pepsi Generation life in California, admittedly with an abandon that exceeded the normal telling of these stories.  I would not go so far as to say that I knew right away that she was not like other  girls, but I would go somewhere pretty close to that. 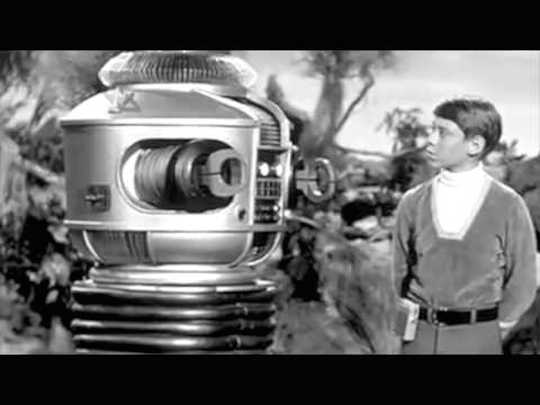 I could not deny that there had been both sparks and some danger signals, as in DANGER WILL ROBINSON – Warning! – Gabby, there’s a BIG factor that you apparently have overlooked or which you do not wish to acknowledge but to which attention should be paid – but I had ignored both the sparks between us and the alarm bells and robot’s waving arms on account of she was so very, very obviously too young – and so sexual taboos being sexual taboos nothing could ever come of the sparks and so warnings not needed and therefore not heeded. 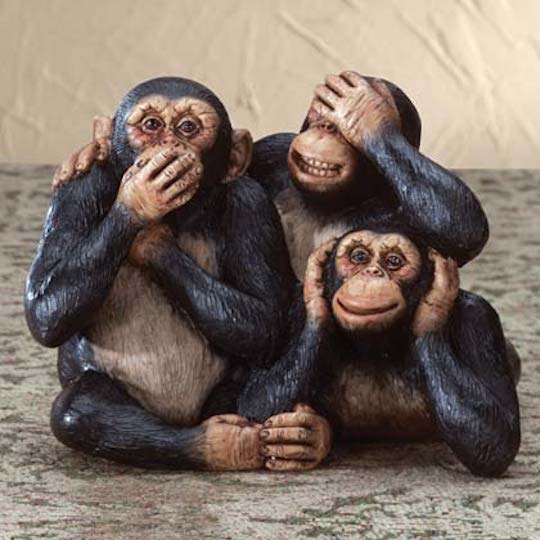 That night at her mother’s house, as things calmed down form the profane cake incident, I swear a holy oath by the Lord, the God of Heaven and the God of the Earth, by the communion of saints and all the tears and blood of the martyrs, that I was supremely and entirely honorable in my intentions when she said she wanted to show me something and pulled me away form the crowd and led my upstairs to her bedroom, passing a hallway wall full of her grandmother’s collection of more than 400 “Hear No Evil, See No Evil, Speak No Evil” statues of every size lined neatly on shelves with prize ribbons from fairs.

“Honest difference of opinion,” I say.

So – we see that in the beginning Gabby was fascinated with the Wise Monkeys collection which Young Emily found to be ludicrous.

In 1977, Gabby and Young Emily moved in together in a small house in San Juan Bautista, just north of Salinas.   Gabby was working in the legal department of the UFW which had its main office in Salinas.   Young Emily was just out of college and was finding her way as a musician and musicologist.

Gabby describes their house, with a mention of a collection: 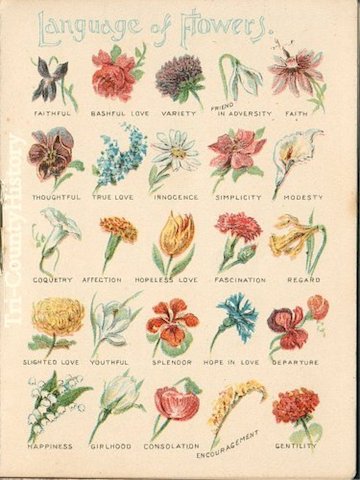 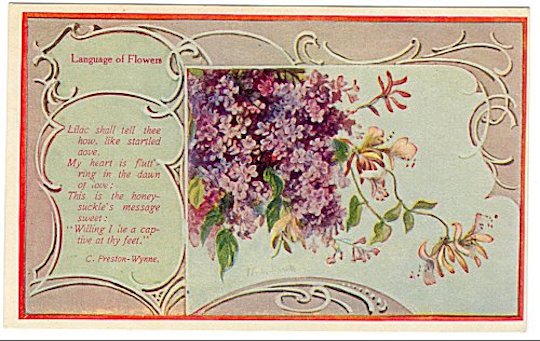 At random places throughout the house were Victorian-ear postcards showing the Language of Flowers from a small, ever-changing collection.  Young Emily was enchanted by the thought of expressing with flowers feelings that could not otherwise be spoken.  She was taken by the art for of Tussie-Mussies, or flower bouquets, expressing emotions, as well as the graphic representation of postcards.  When struck by the moment she, who pretty much saw all collections the same way she saw her grandmother’s three wise monkeys (ludicrous, in case you forgot) gave a postcard away and replaced it.  Or not.  Two were constant, purple lilac (first emotion of love) and white lilac (youthful innocence.

And finally – Young Emily had a music studio in what had been a barn behind their little house in San Juan Bautista.  Here Gabby describes his growing collection of instruments.

Music was central to Young Emily’s life in these years, and a lot of life revolved around the music shed, the cobertizo de music.  I had my little corner with the instruments any simpleton could handle – guitar, dulcimer, mandolin, and bass. 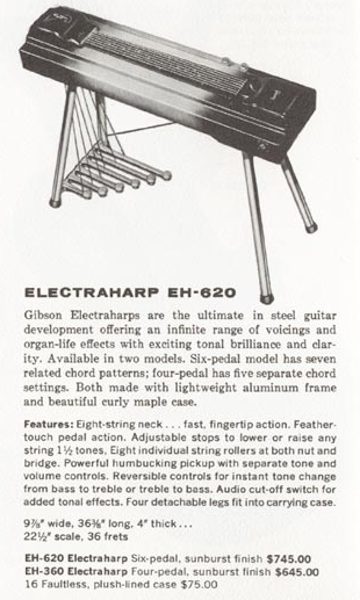 Also assigned to my little corner was a Gibson EH-620 Electraharp Pedal Steel guitar that Cody had bought in Bakersfield and promised to master one day – but now he was in Egypt with Jasper and so his pedal steel waited here and was a good thing to have around if Hank DeVito happened to stop in (he didn’t). 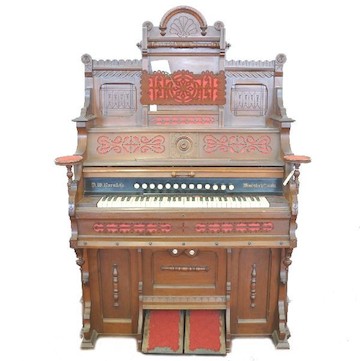 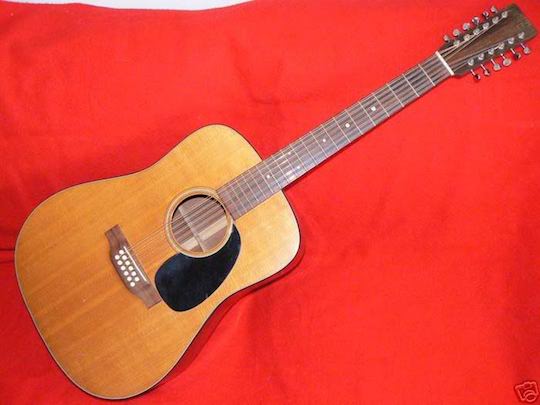 Collecting is just part of Gabby’s nature.  His reaction to the Wise Monkey collection that Young Emily’s grandmother had put together foreshadowed his fascination and devotion to collations.

I asked my friend for his thoughts on the selections from Gabby’s memoir.  My friend is close friends with Gabby, and in fact is as far as I know the only person who has seen Gabby’s collection of Wise Monkey postcards.  Including Young Emliy.  She tolerates his collecting, but would surely find his Wise Monkey postcard collection to be ludicrous.  Here is what my friend said about these excerpts from Gabby’s memoir: