The flamingo has long fascinated us.  Exotic looking, bright pink, definitely From Another Place. 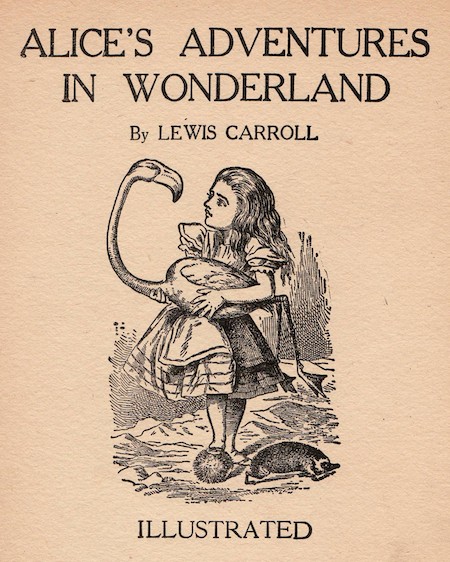 Lewis Carroll was an early fan of the flamingo.  In Alice, he described the Queen of Hearts’ croquet game:

Alice thought she had never seen such a curious croquet-ground in her life; it was all ridges and furrows; the balls were live hedgehogs, the mallets live flamingoes, and the soldiers had to double themselves up and to stand on their hands and feet, to make the arches.

Over the years, illustrators have had changing images of the flamingo as croquet mallet: 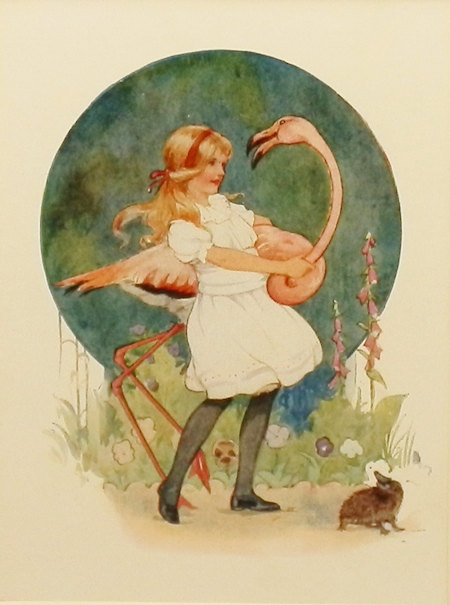 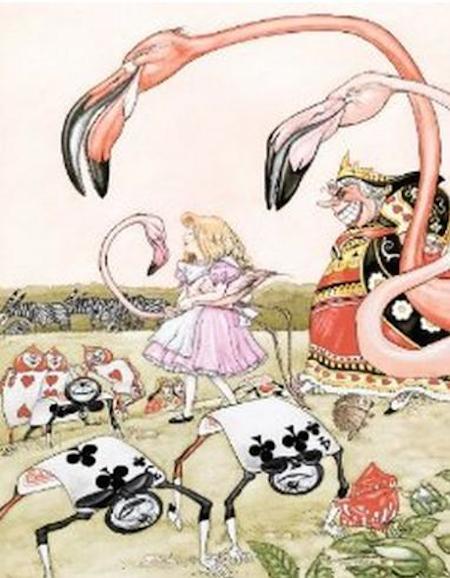 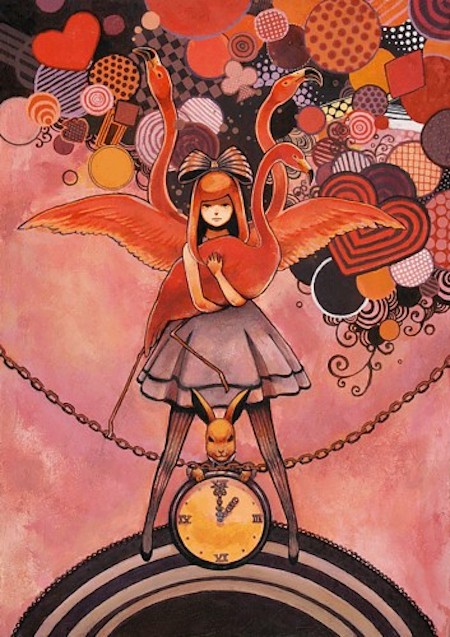 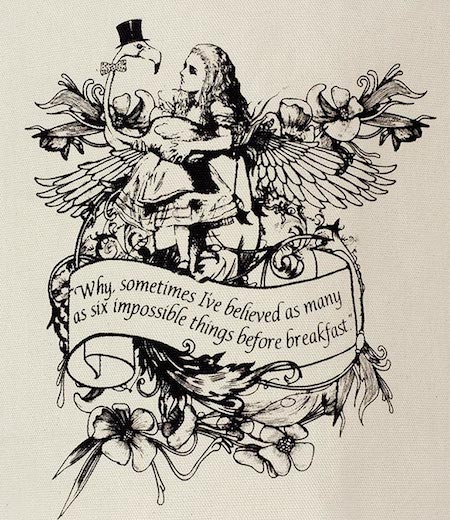 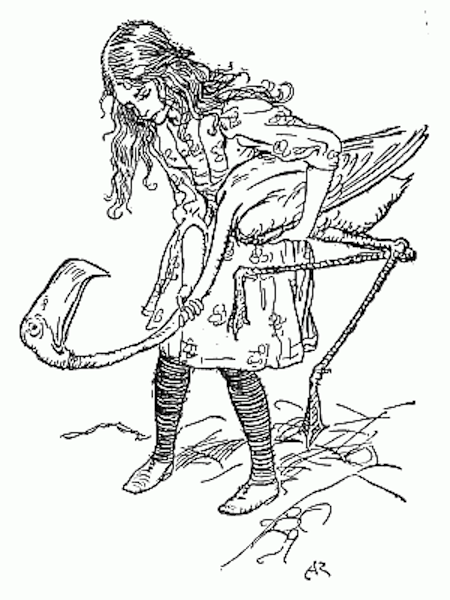 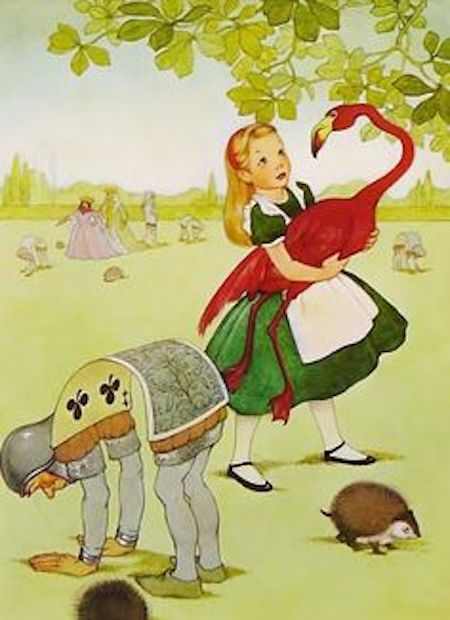 John Tenniel’s illustrations of Alice are my gold standard: 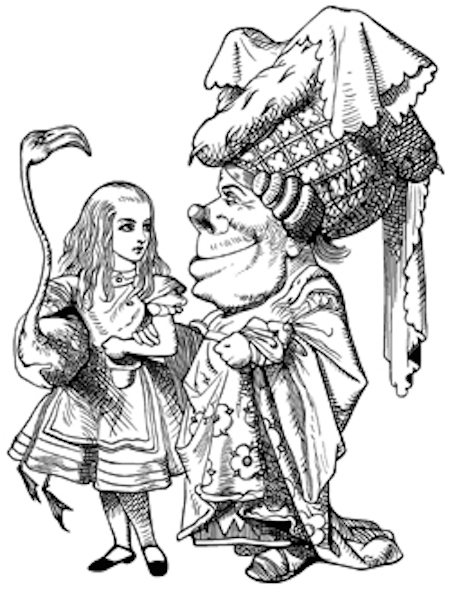 And with due respect to Walt Disney, the 1951 movie depiction is my least favorite: 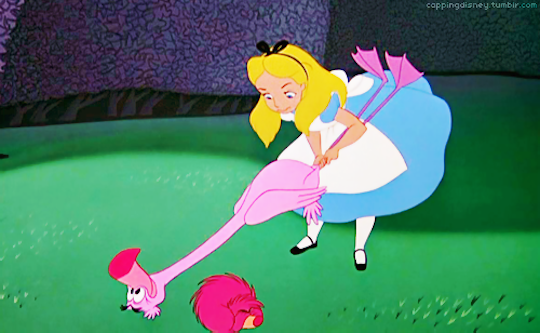 My friend was happy with the thought of Ailce.  His response was entirely predictable. 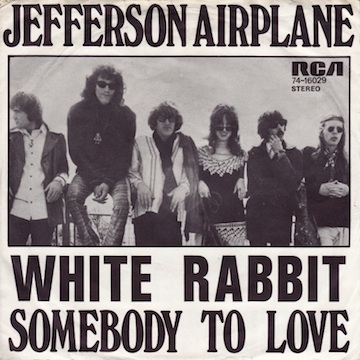 He loves the video of the Jefferson Airplane singing “White Rabbit” on the Smothers Brothers show and I agreed that we’d watch it after, and only after, I got his official opinion on the croquet flamingo illustrations. Easy enough: