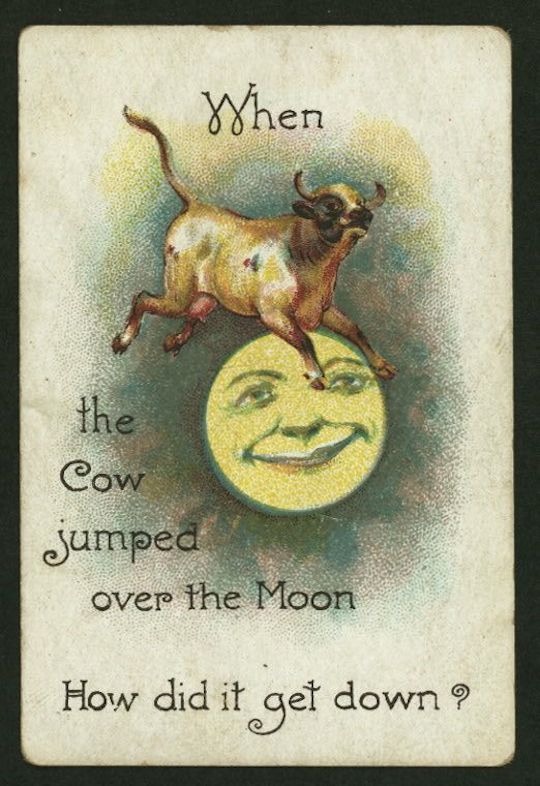 When Gabby heard that I was working on a cow post he sent (via my friend) this postcard.  I am sure that there are many more where it comes from.  He also reminded us of Robert Louis Stevenson’s A Child’s Garden of Verses: 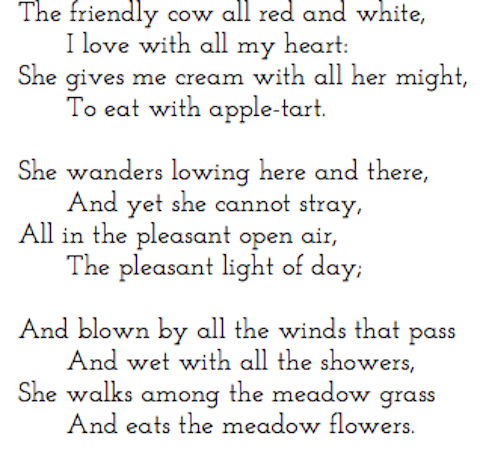 The best known cow in Berkeley?  I’d have to say the Cheese Board’s cows. 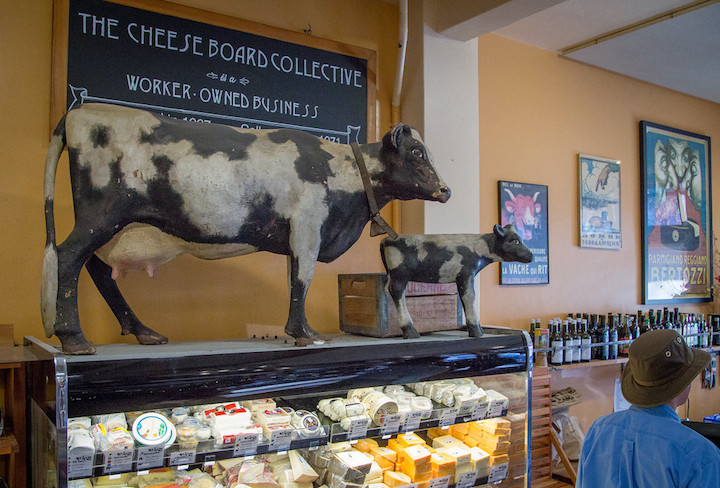 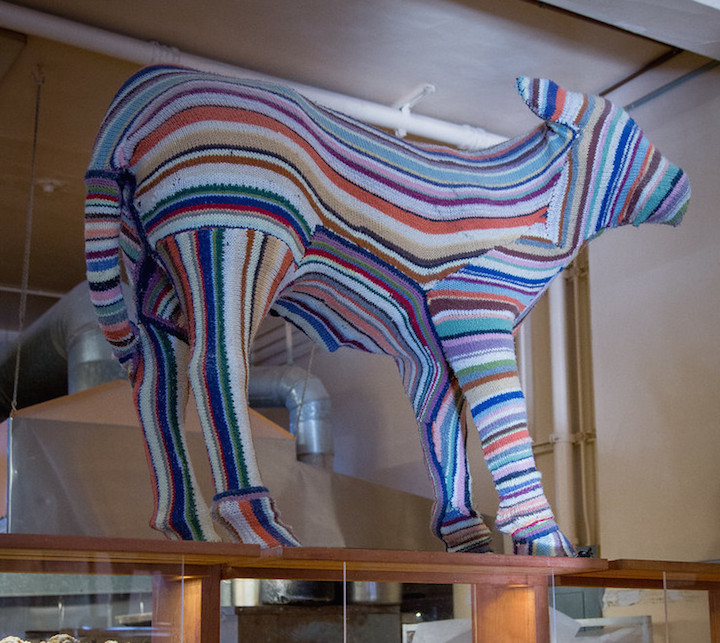 It is almost big enough to qualify as a giant cow as in giant signs.  Almost. 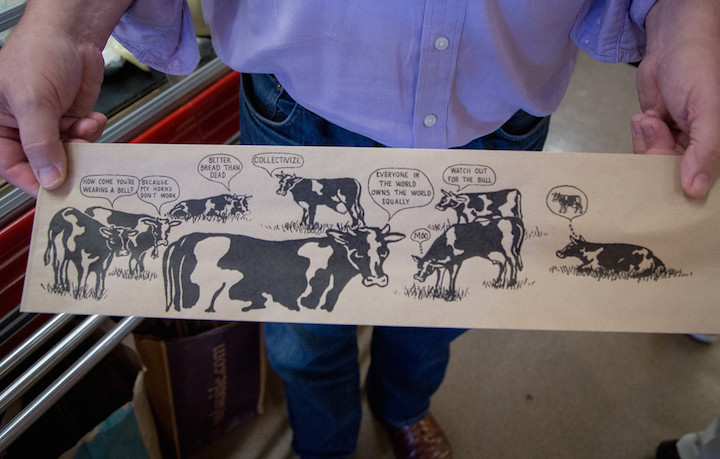 And every baguette bag from the Cheese Board has cow art.  Cows!

In another post we have seen a few cow mail boxes, cross-posted here: 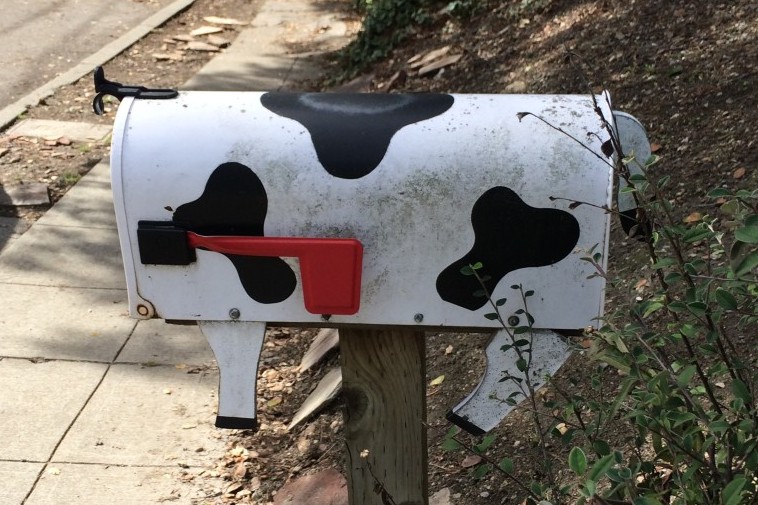 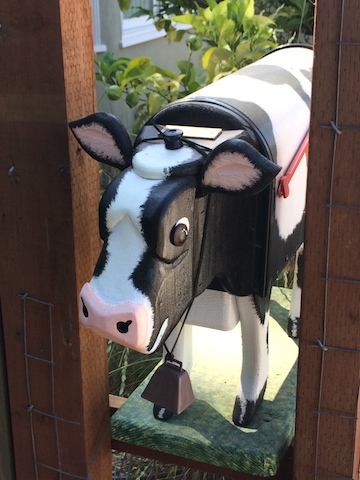 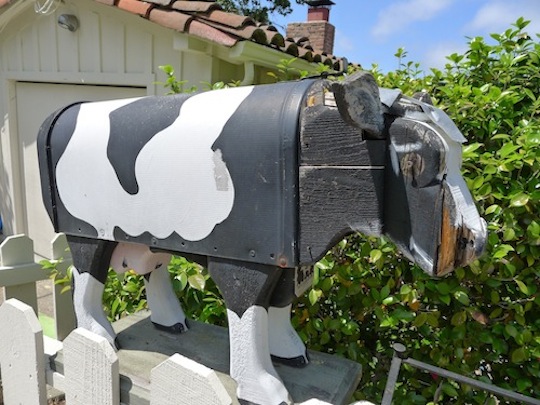 These next few are over in the kitschy wing of quirky, but quirky all the same: 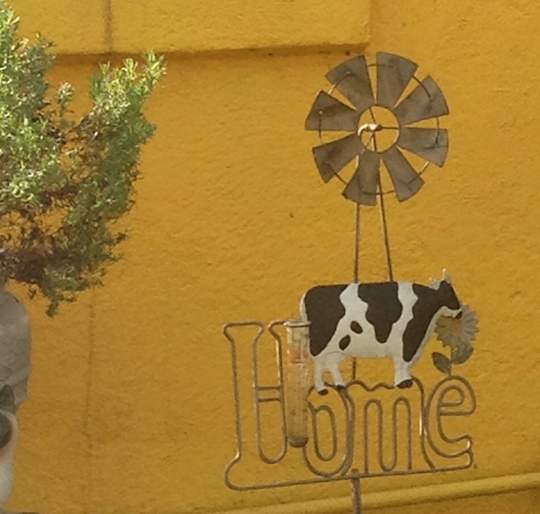 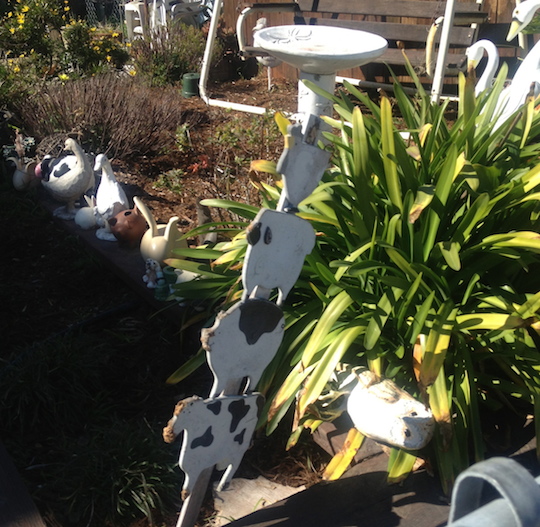 Pure quirk up the hills: 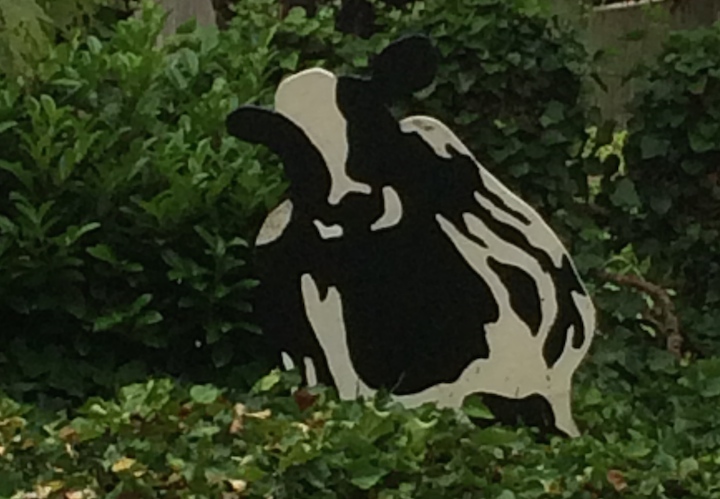 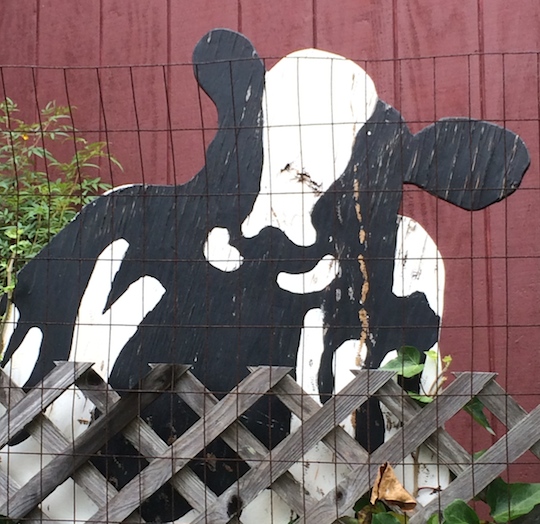 There is a herd (!) of big rusting cows on the bike path at the dead end of Northside: 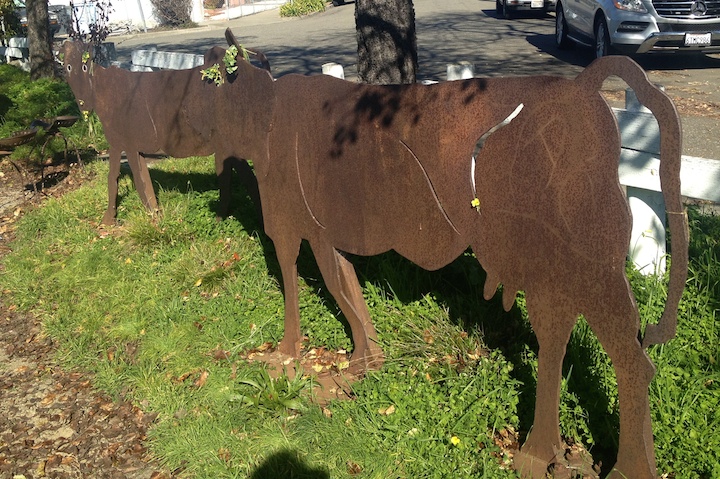 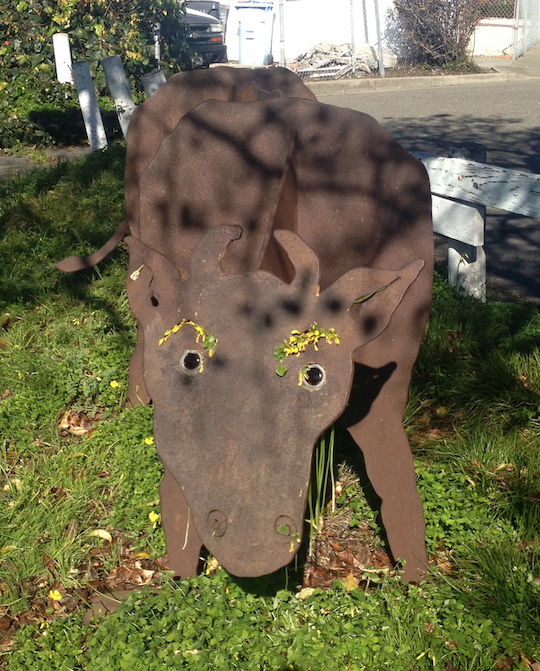 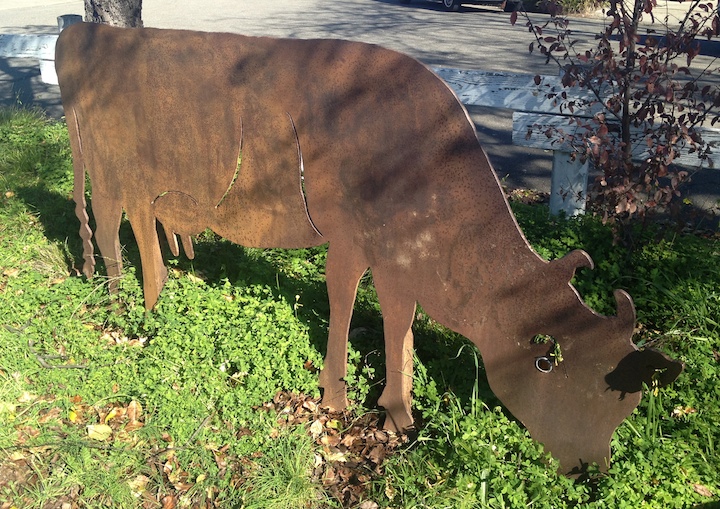 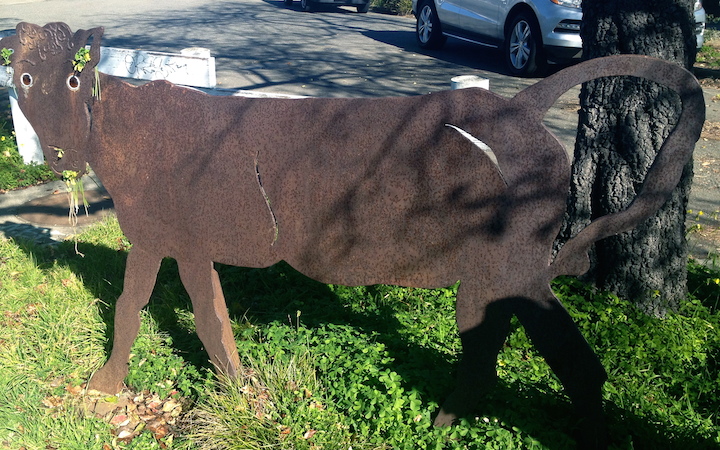 Turning to pigs, for me there is only pig in literature.  Yes, I know, Charlotte’s Web and Wilbur.  For from our childhood there is Bertie. 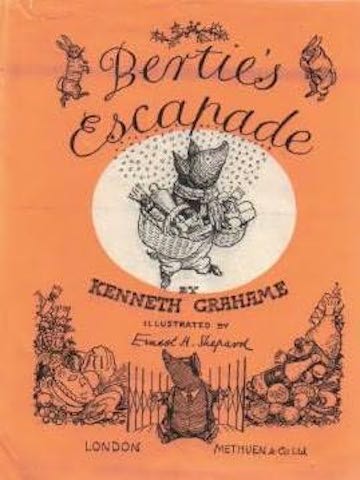 At Christmas, my father read us Bertie’s Escapades out loud.  It has the charming dry humor of Wind in the Willows, and at times my father would have to pause because he could not read through his laughing.  He last read it to us in 1976.  I was 25, Jeanne was 23, and Anthony was 6 months old.

As for pigs in Berkeley material culture – I thought I had more than these that follow. 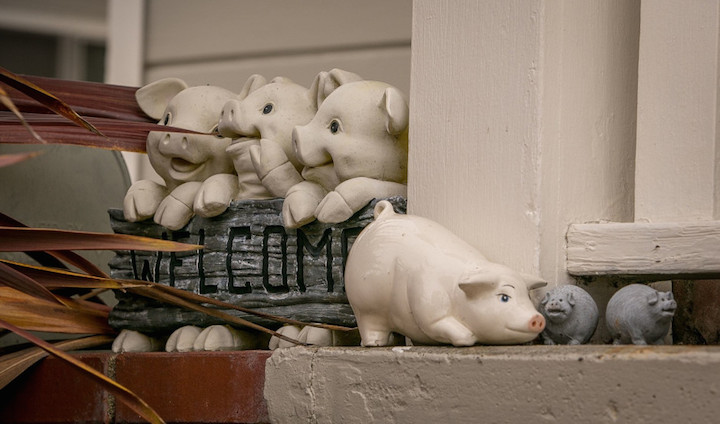 There is a major manifestation of pig quirk at 1735 McGee, so major that it has its own post.  And then these: 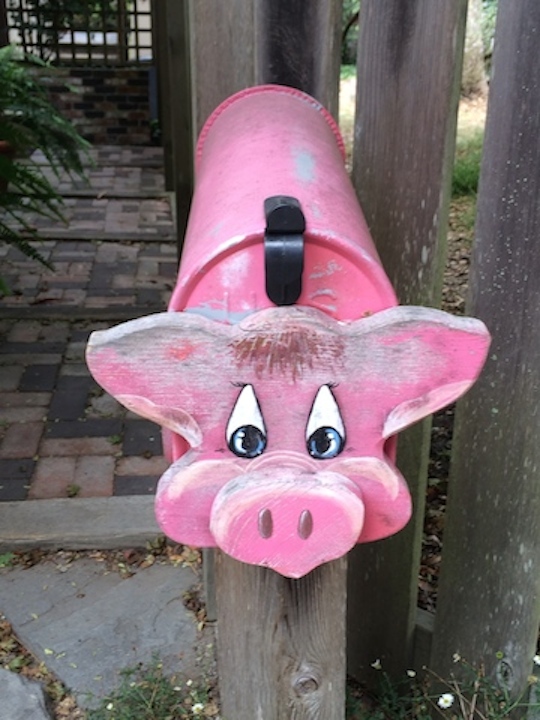 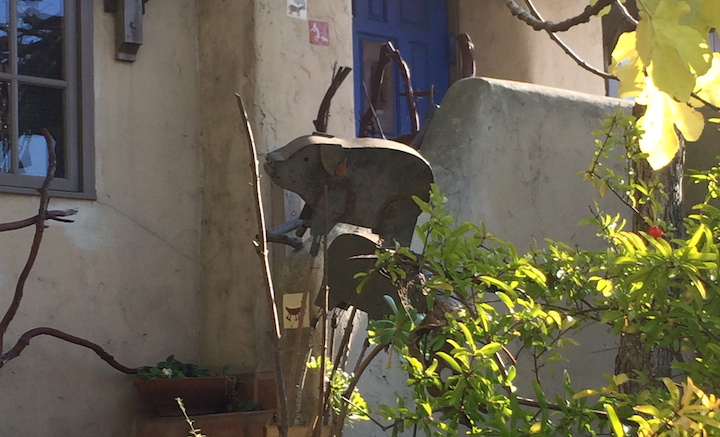 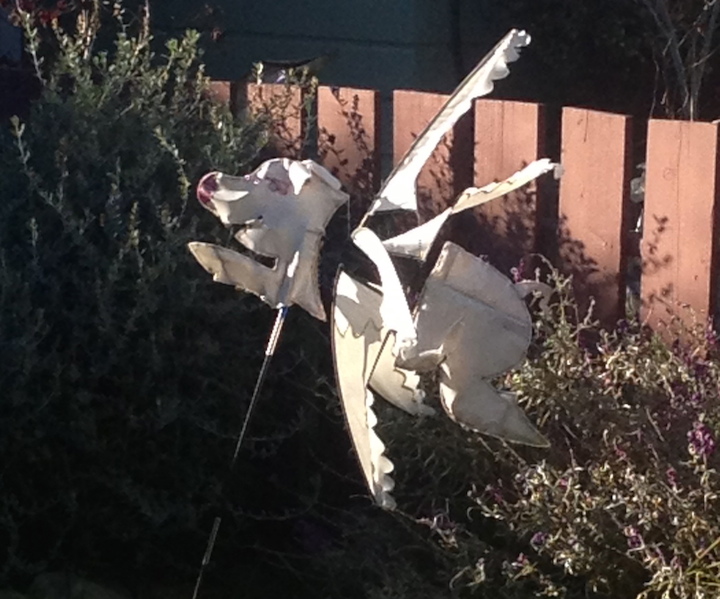 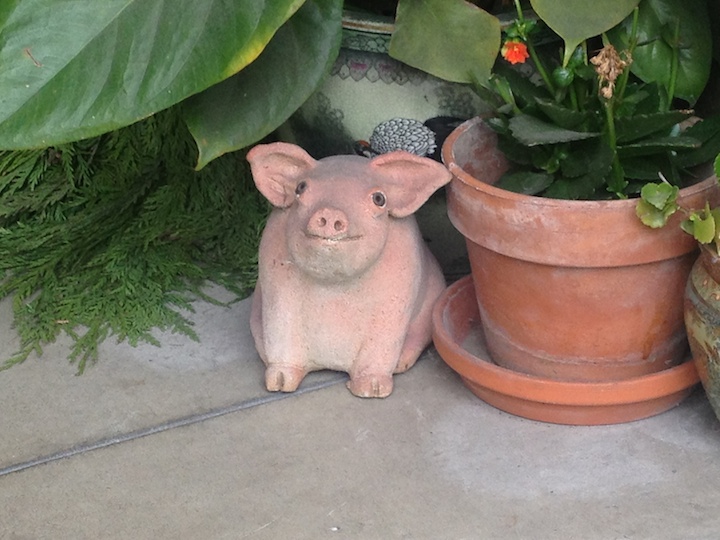 Plus these pig weathervanes: 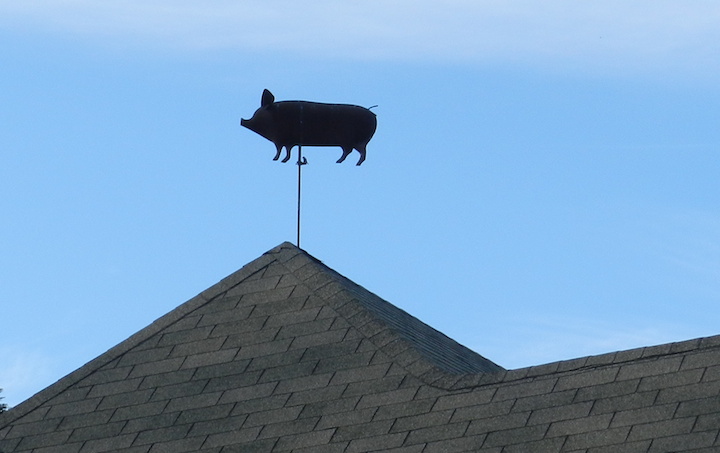 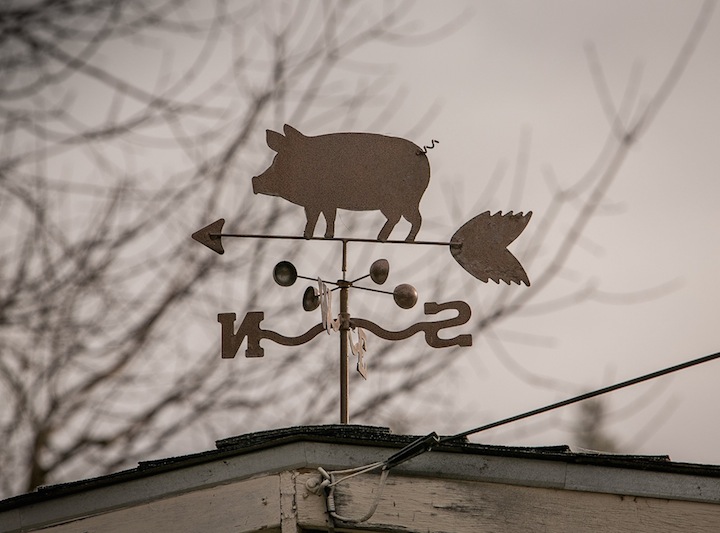 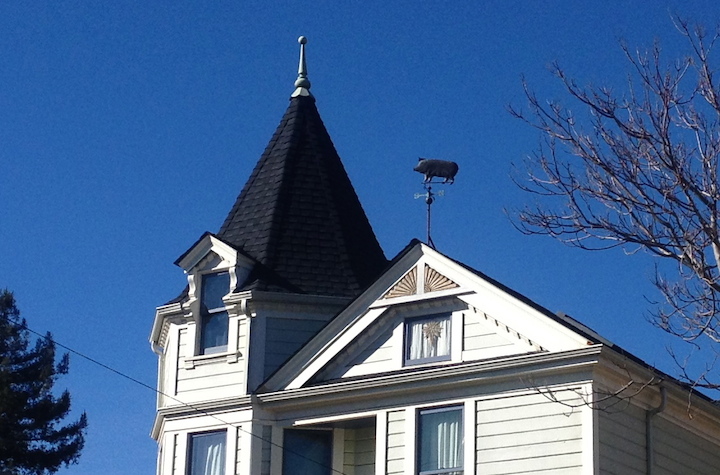 When I took the photos for my friend’s opinion, he was excited about something he had just found.  As is often the case, what I had hoped would be a one-way transaction evolved quickly into a two-way transaction.  I had to see what he wanted me to see before he would look at what I wanted him to look at.  That’s fine.  No hurry. 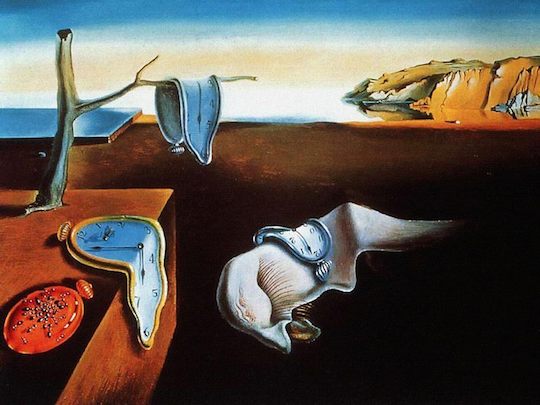 My friend is a fan of Salvador Dali.  For many years he had a print of “The Persistence of Memory” in his room.  It isn’t there any more and I don’t know why. 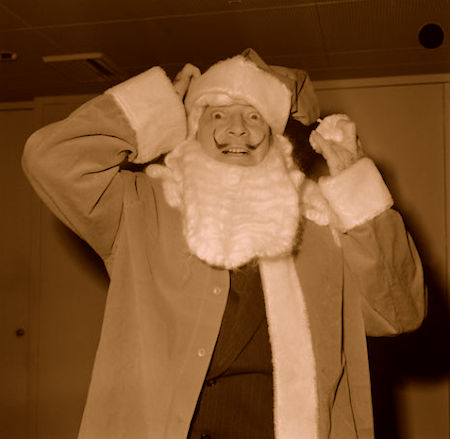 Dali as Santa!  Okay, that is pretty cool.

Now – what about the cows and pigs?  My friend looked through them and passed judgment.