As I write this, we are approaching the third anniversary of my first formal Quirky Berkeley exploratory walk.  Youngest daughter Charlotte and her friend Jesse went along that day.  I wish I could remember what all I thought that it would entail – but I can’t.

Over the initial months, I stopped photographing some objects that I had included within the initial scope of the project. 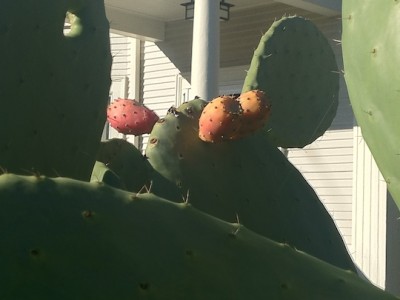 I originally intended to photograph every opuntia (prickly pear) that I saw.  I soon stopped. 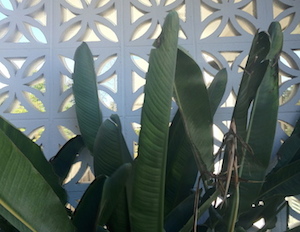 I originally intended to photograph every banana tree that I saw.  I soon stopped. 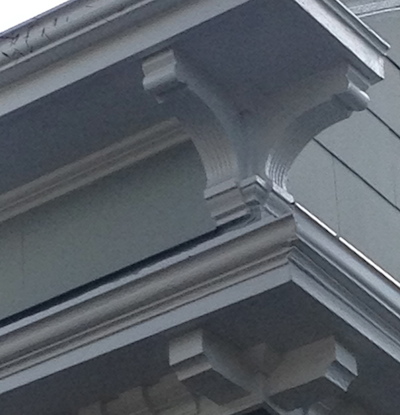 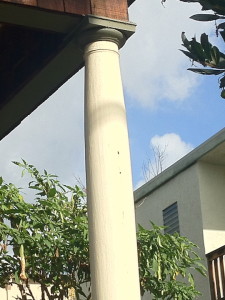 Likewise, I intended to photograph every column I saw.  Soon I came to believe that columns weren’t necessarily quirky. 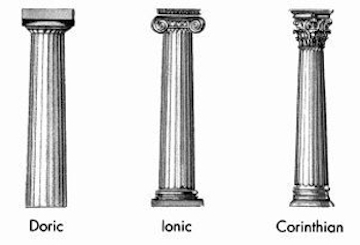 The first victim – Doric columns such as the above. 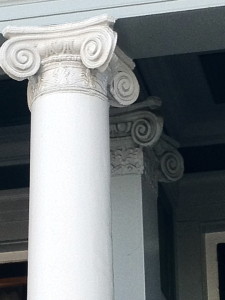 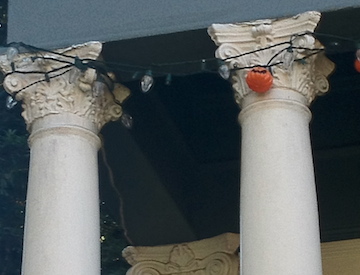 I continued photographing Ionic and Corinthian columns for a few weekends, but then they too found themselves in the TRASH file.  As the body of real quirk grew, the need for photographs of columns diminished.

So there won’t be a posting with hundreds of columns.  But – there will be this posting about one set of stunning, quirky columns, next to a bold stand of horsetails (Equisetum, the only living genus in Equisetaceae). 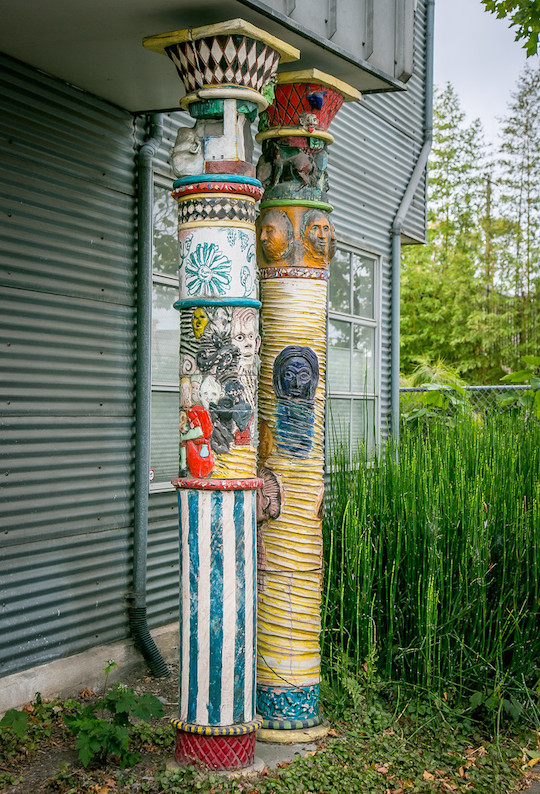 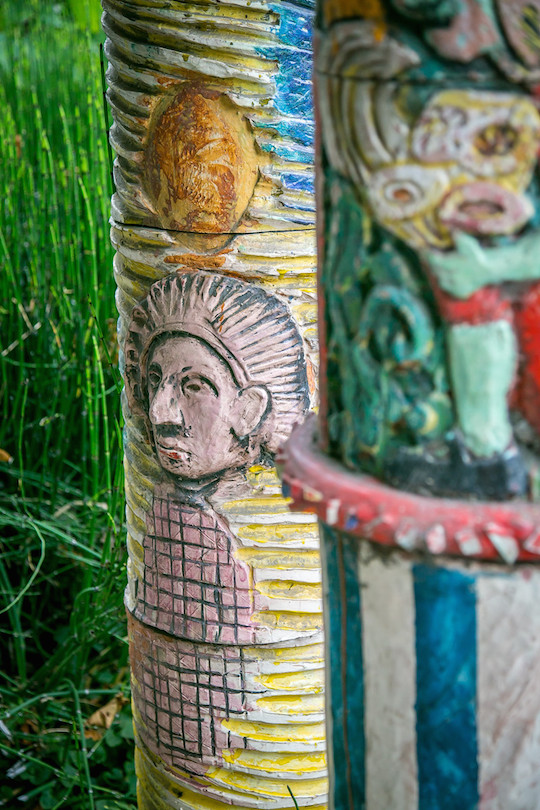 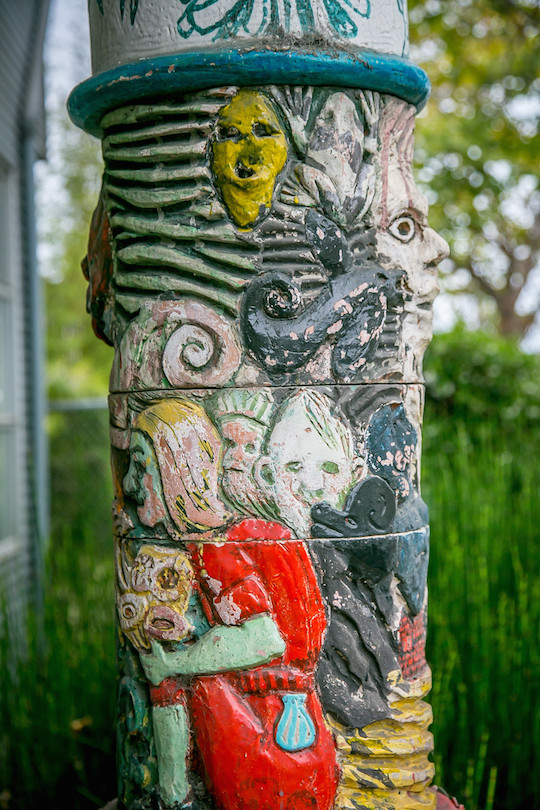 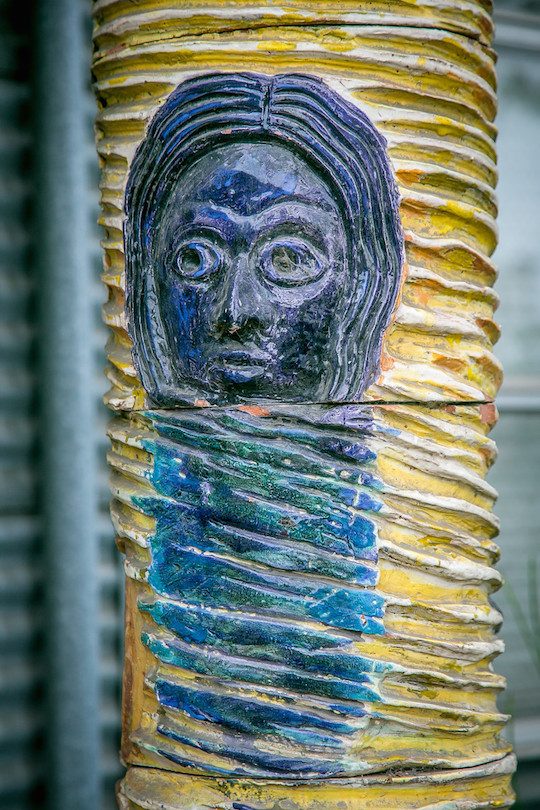 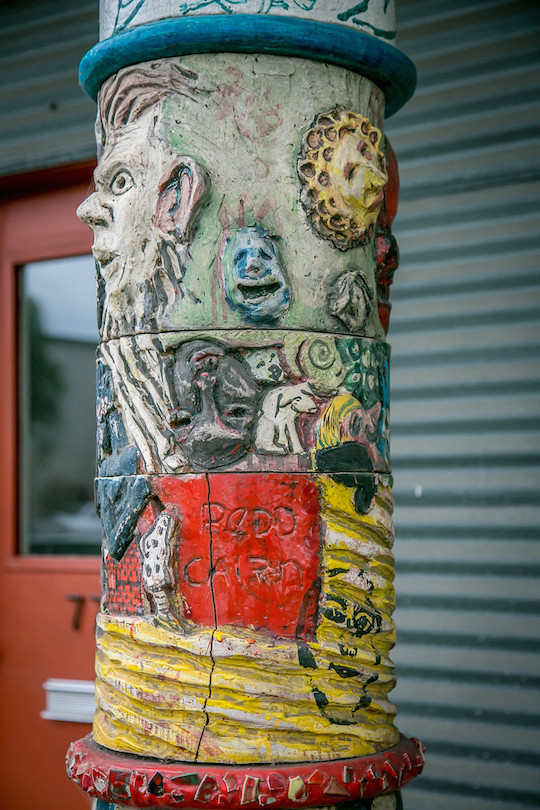 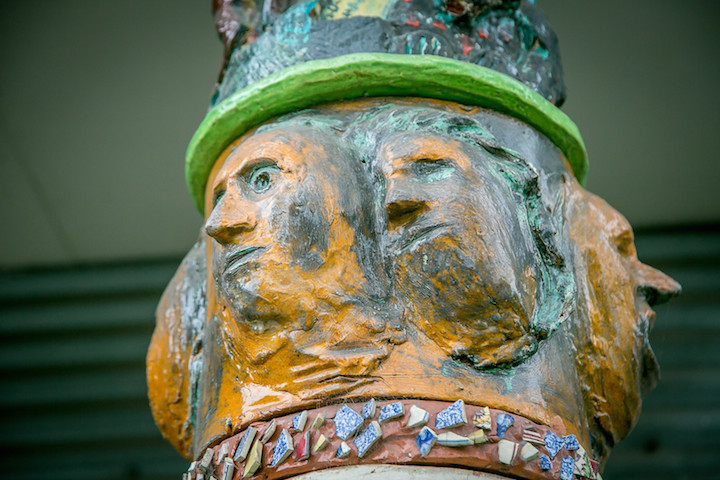 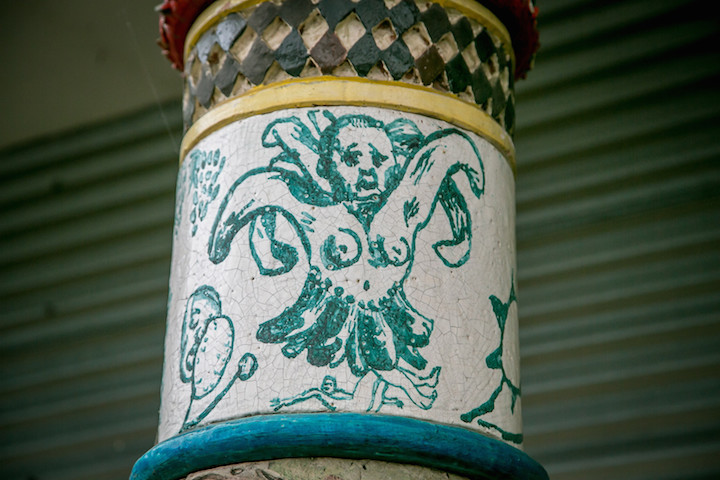 These two columns stand on Camelia, just west of 5th Street, at the entrance of an old printing shop that is the studio of painter Christopher Brown.  Brown resigned as the chairman of the department of art practice at UC Berkeley when he was 42 because he wanted more insecurity.

Of course there is a story behind these columns.  The words in red include “cairn,” a manmade stack of stones. The columns speak for themselves. The story will come and I will add it.

I showed the photos to my friend. Talk of the neighborhood got him interested in a trip to Picante for dinner tonight.  And then got him talking about Mexican restaurants of our common past in Salinas. 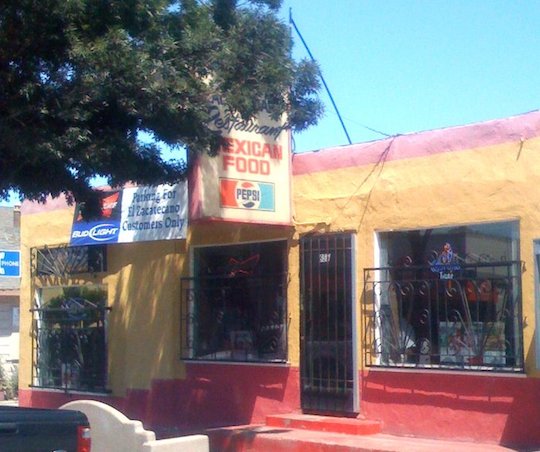 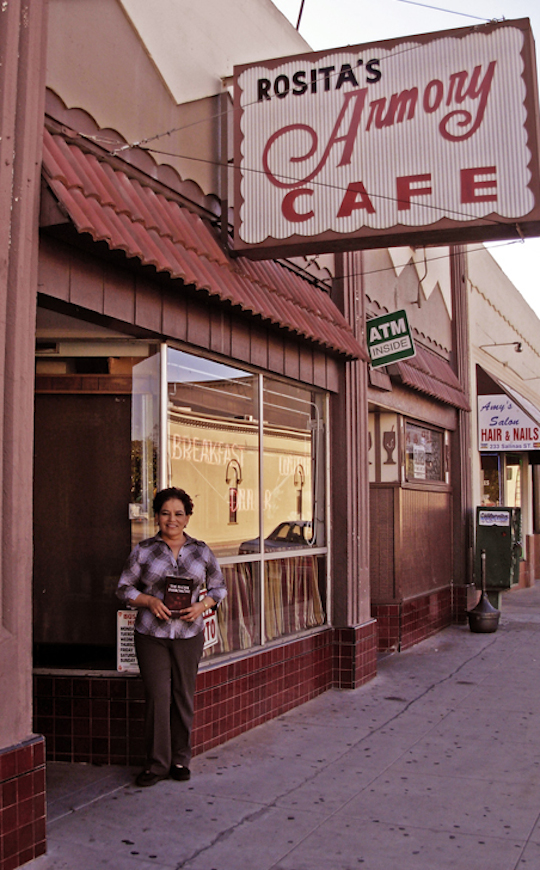 I’m always up for talking about Salinas and old times and hope and fate, but I wanted his take on the Camelia Street columns. I knew that we weren’t done with talking about Mexican food and that more than likely we’d end up at Picante, but he obliged and gave me his opinion about the columns.