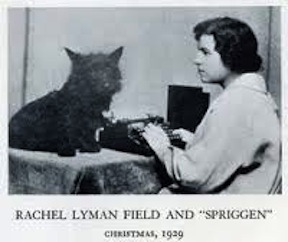 American poet Rachel Lyman Field is said to have started one of her most famous poems after spending a night in an early caboose resort.  Early versions of her poems are said to shown this early draft:

If once you have slept in a caboose
You’ll never be quite the same;
You may look as you looked the day before
And go by the same old name…

She soon changed the first line to “If once you have slept on an island…” and the poem really took off, especially on islands. But, it is said, it started off as a caboose poem.

What is it about a caboose?  They capture the imagination of children, mostly notably with this Golden Book: 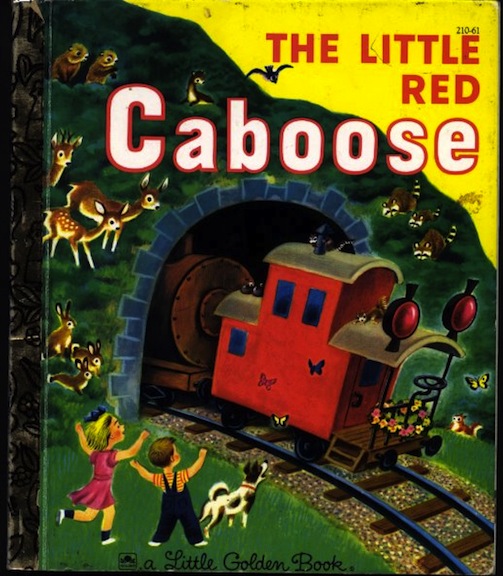 My friend Gabby grew up in Nekoosa, and he remembers with great fondness Colonel Caboose (a.k.a. Russ Widoe) on local television. 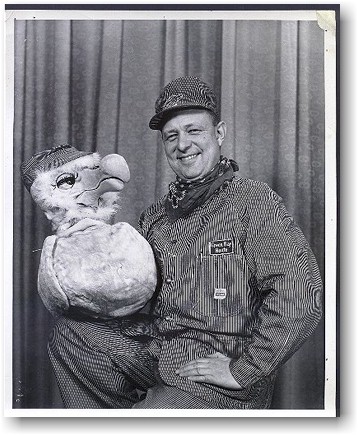 And more recently the whimsically retro art of Caboose Comics: 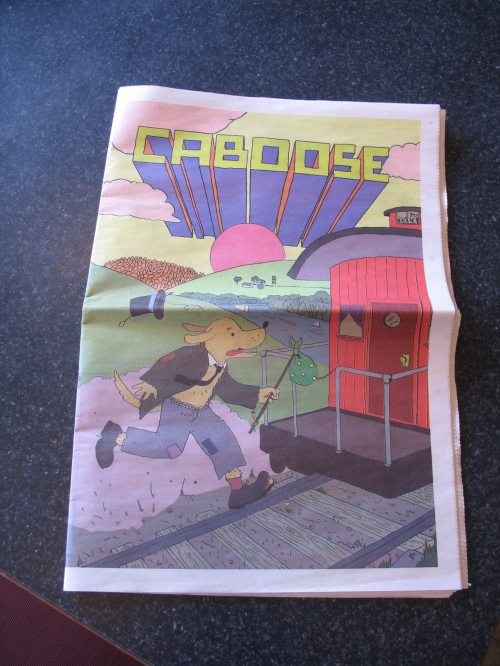 And lastly a 1960 movie, a lost movie, master and all known prints destroyed by fire in studio vault. 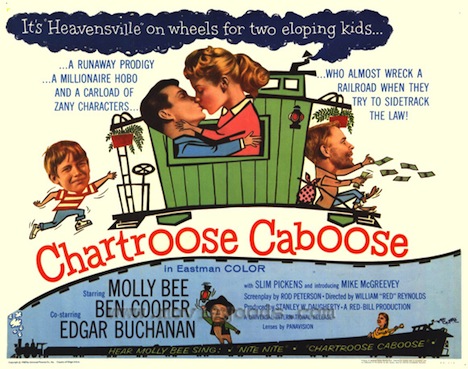 So, though, what is it about a caboose?  They are perfect in black and white: 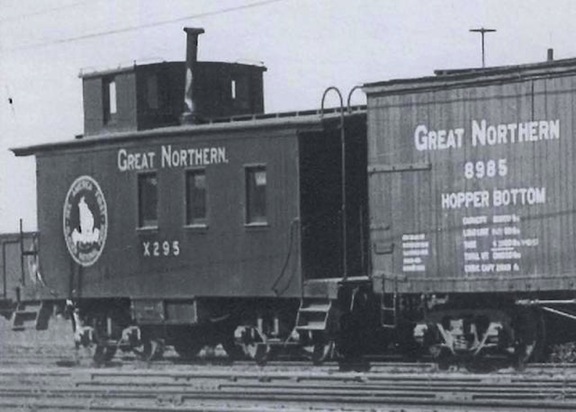 They were a world unto themselves, home away from home for days on end.  Hopelessly romantic. 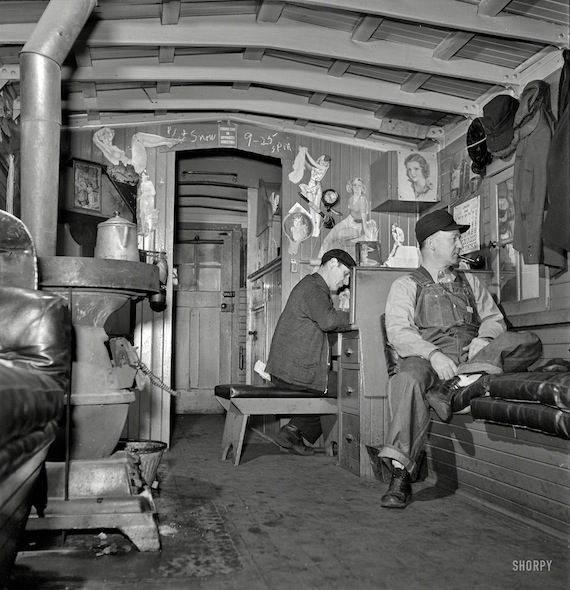 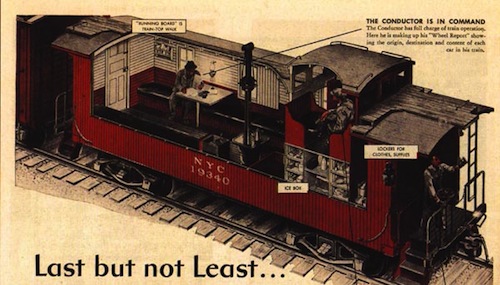 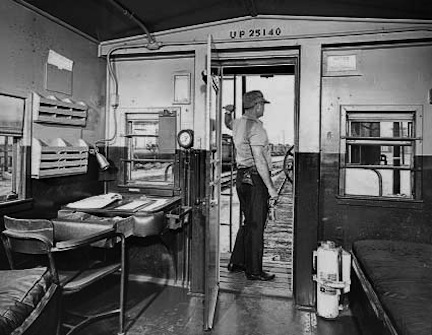 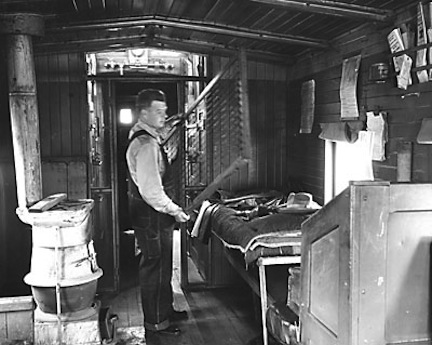 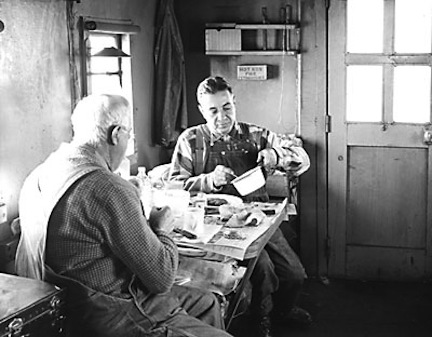 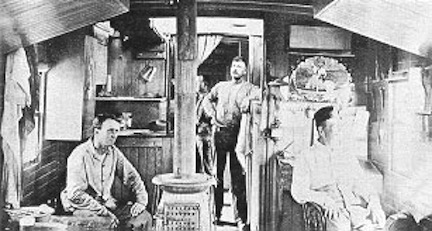 As for spending a night in a caboose – can do.  Here is a first-rate website listing caboose motels across the US.  Let me just highlight the three in California:

Who has not wanted to stop in Dunsmuir on the way north and spend a night in a caboose? 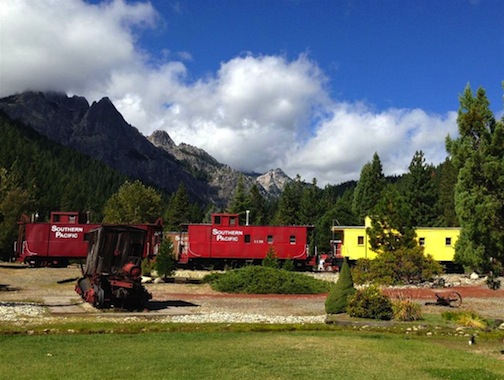 Or Nice, California – Lake County – for a “relaxing stay in a real antique retired railroad caboose where you relax in your own private Jacuzzi tub”: 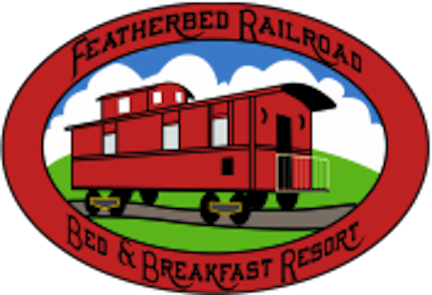 The Napa Valley Railway Inn in Yountville is not as whimsically caboose-centric as many of the others, but it is the closest. 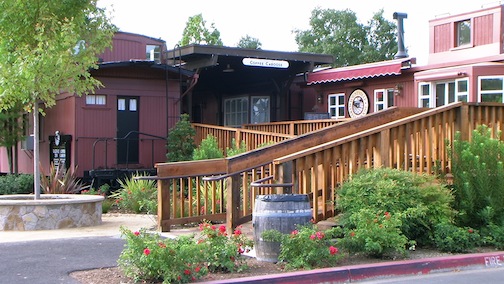 Besides those three, AirBnB lists a “Luxury Caboose with a View” in Agoura Hills, only $165 a night.  I think.  Lots of photos.

Closer to home are several cabooses (caboosi? cabeese?) where you can’t sleep but you can drink and eat.  There is the Red Caboose in Antioch:

In Pacifica, just off Highway 1, the Gorilla Cafe: 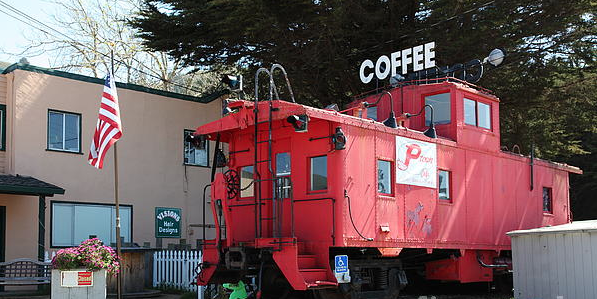 And in Half Moon Bay, Daddy-O’s: 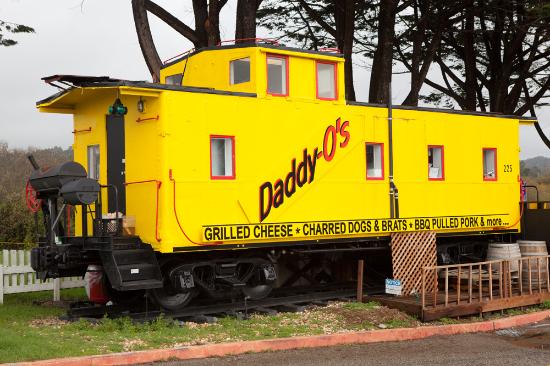 Cabooses are not prohibitively expensive.  Here is one site where they are sold. 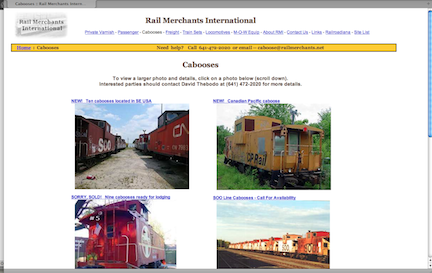 Moving your new caboose and restoring it and building a bed with track for it – that is the expensive part.

Is it just me or are they profoundly intriguing?   I asked my friend.  He went to his room and came back with a photo from a cross-country drive of ours that I had completely forgotten. 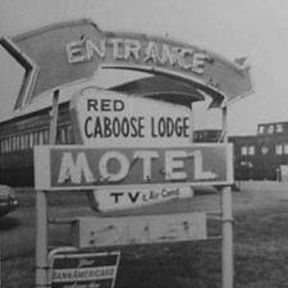 Damn!  I think we may have stayed there.  I am not sure.  I may have spent a night in a caboose!  He thinks that cabooses are “far out.”  What about these photos?