My favorite musical lyric with the word “measure” is from John Lennon – “God is the concept / by which we measure our pain.” 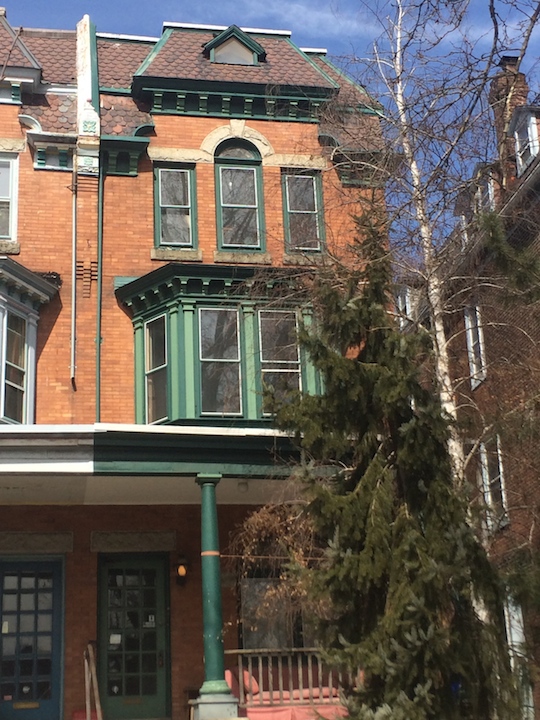 Peter Korn and Kevin Gray and I shared a first-floor flat at 4417 Baltimore Avenue in West Philadephia for the 1970-1971 school year.  Peter and I were American Civilization majors.  Kevin was an Architecture major.  I think.  Maybe Art History?

Music informed our lives, at least Peter’s and my lives. Vietnam swirled around us, never not in the air.  We needed to be informed. 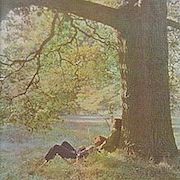 We listened to the first Lennon/Ono album a lot.  “God” informed us.  It was informing me in a large way when John was killed.  He sings “The dream is over.”  In December 1980 our dream of working for the United Farm Workers for our whole lives was over and it was not clear what was next.

Let’s put that away and take a look at things by which we measure.

We measure time. Our theme song for measuring time could be “Time Waits for No One” by the Rolling Stones, “Does Anybody Really Know What Time It Is?” by Chicago Transit Authority, or “Time Passes Slowly” by Bob Dylan.  They are all good songs.  But I go elsewhere: 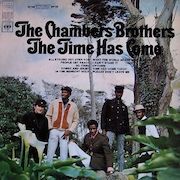 Berkeley has several iconic (HATE that word – WHY DO I USE IT?) clocks. 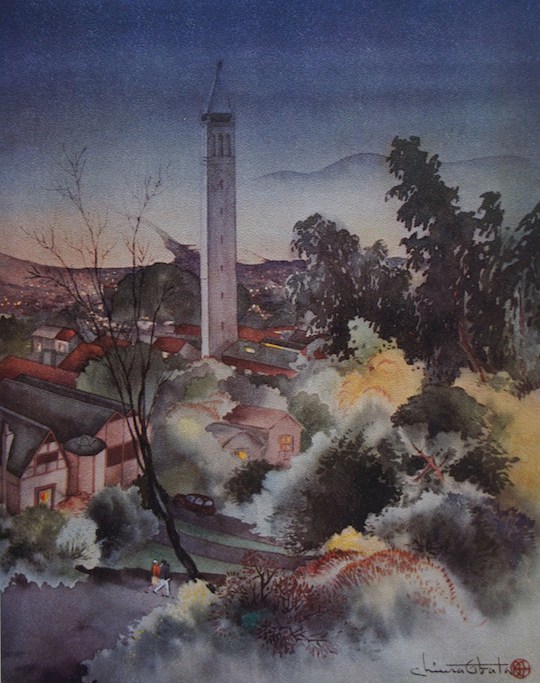 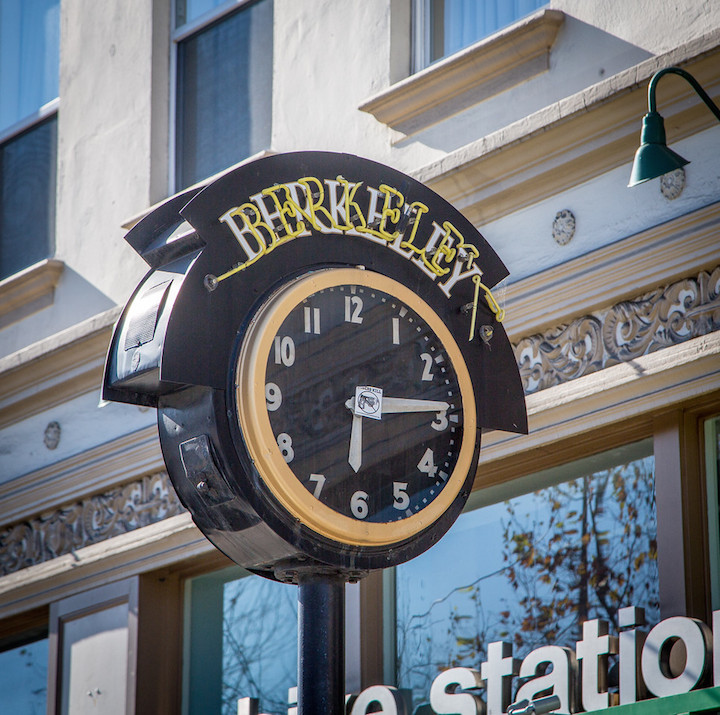 In Cesar Chavez Park there is a mounded solar clock: 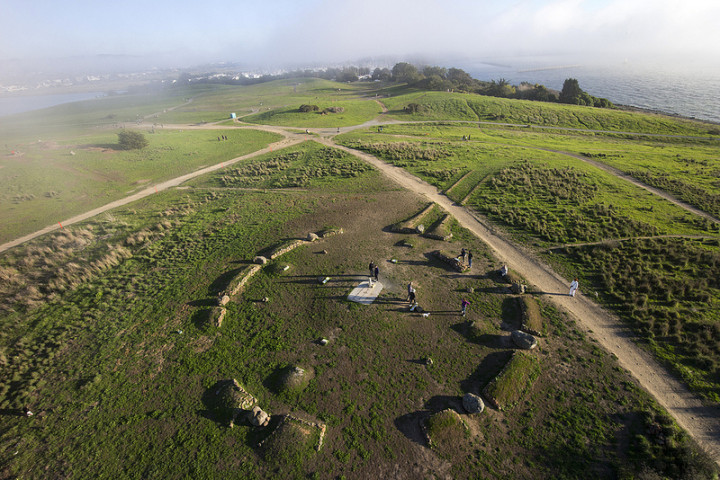 Moving to residential (mostly), a common day clock, gifted to the street: 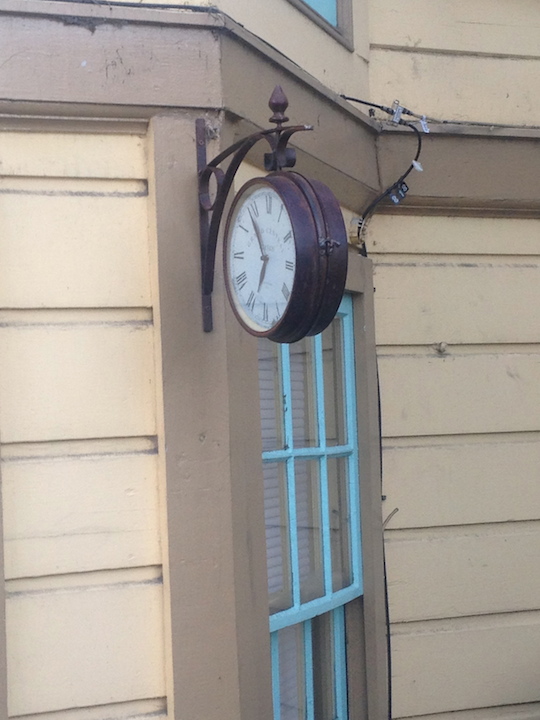 Measuring time is consummately arbitrary, but there are other ways to measure time than a mechanical clock, and we have them. 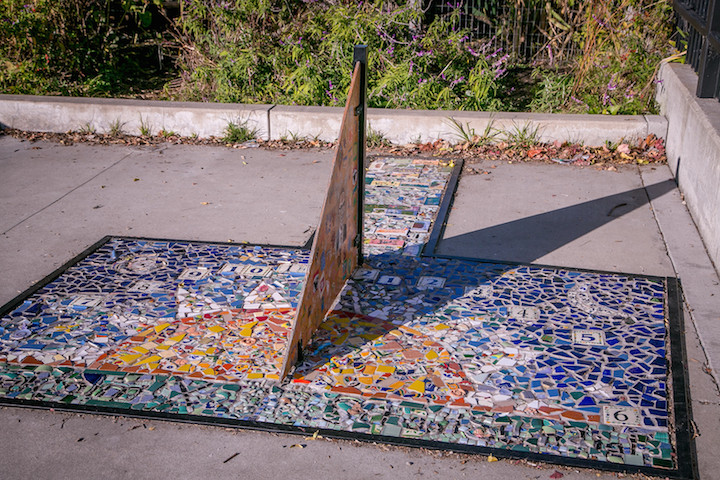 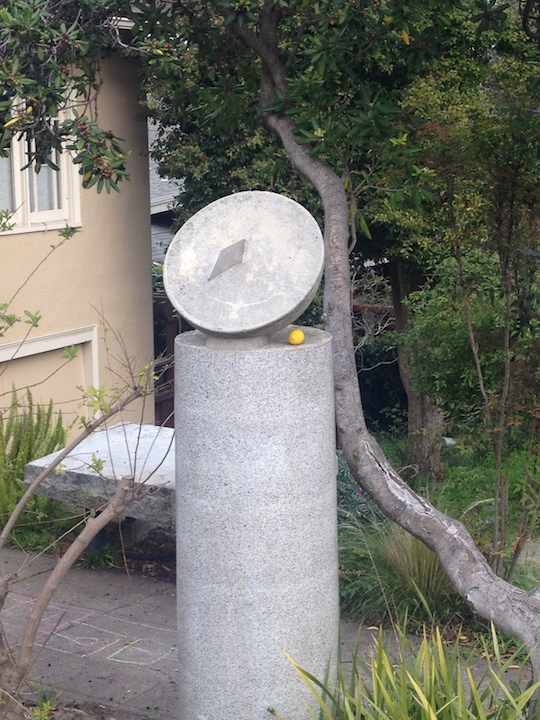 And the quirkiest of all, on campus, the topiary sundial shown here as tear gas is applied: 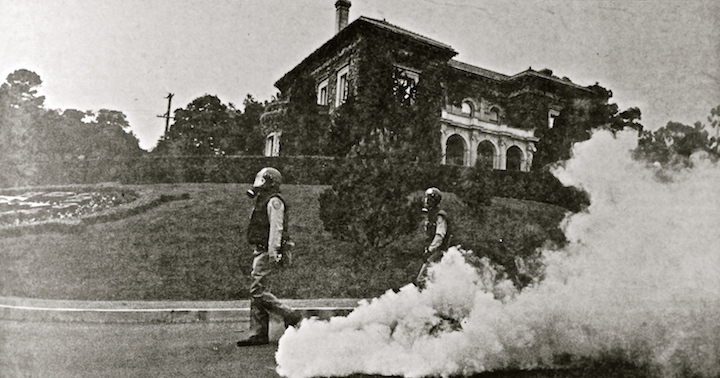 We measure the temperature, and let the street know. 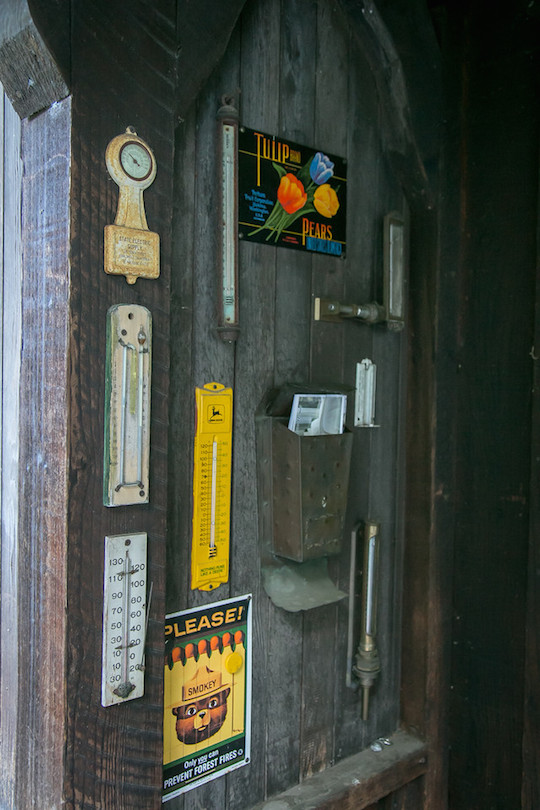 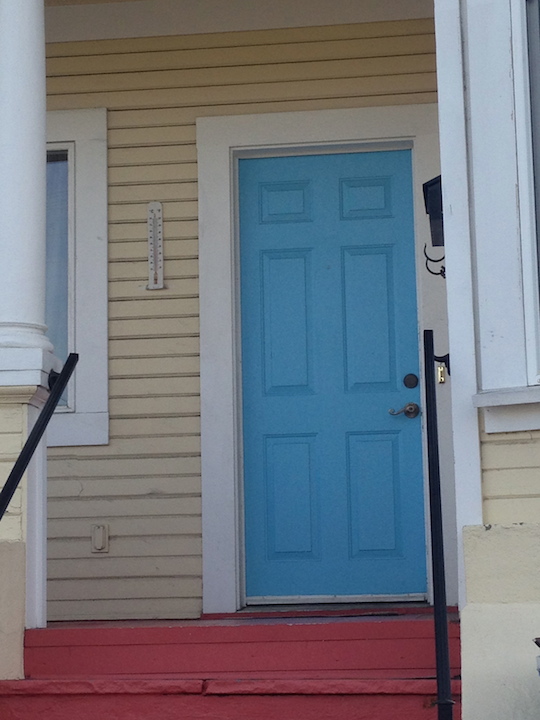 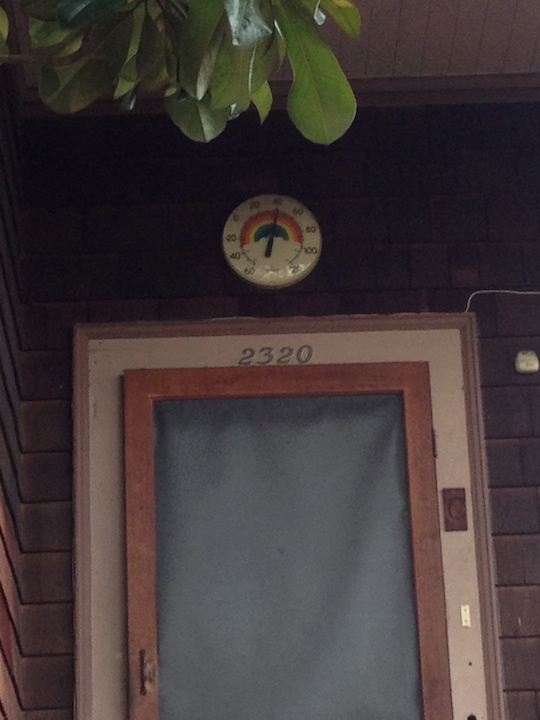 We measure weight.  There is only one possible song here. 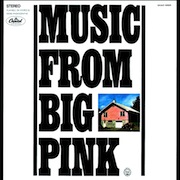 A song that has not grown old for me, even now 46 years later. 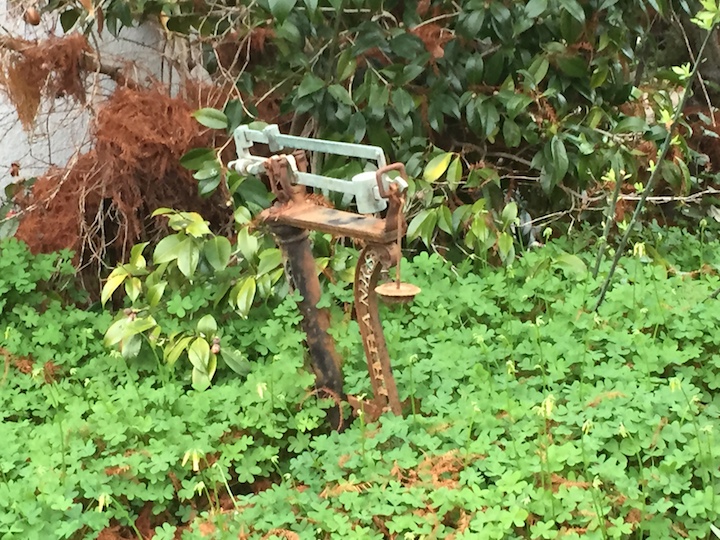 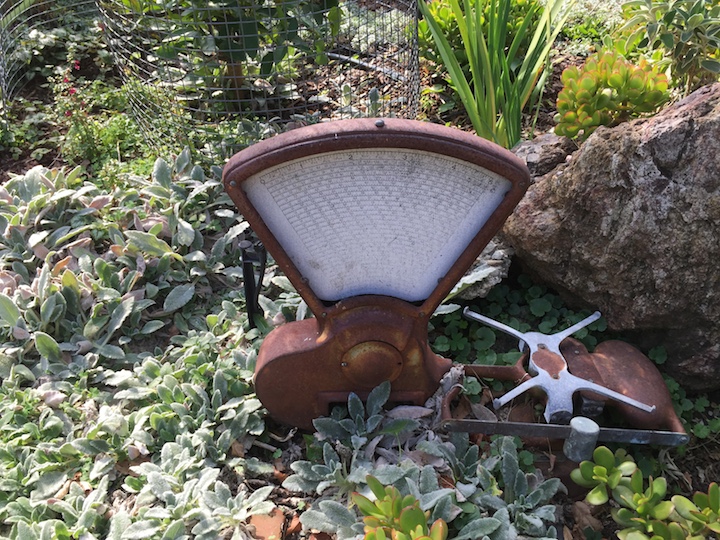 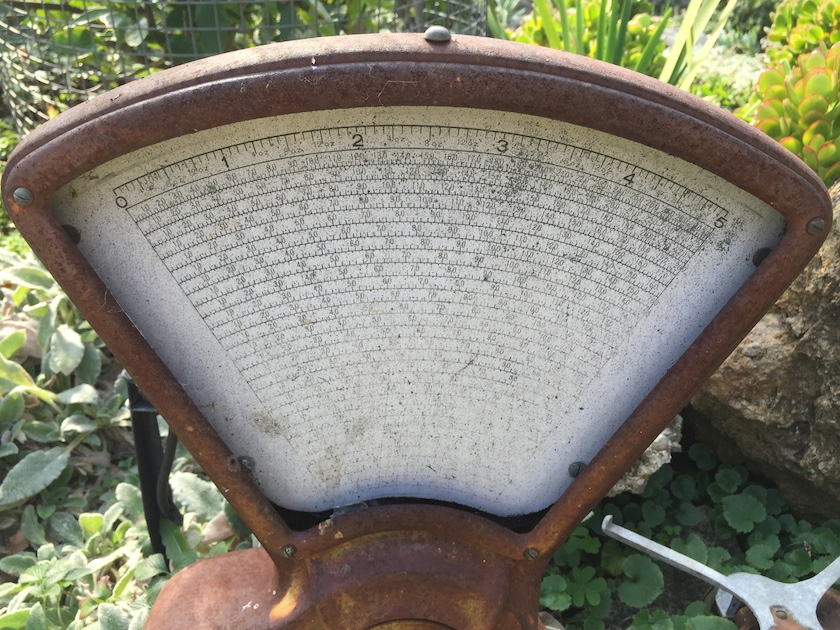 And we measure something with this: 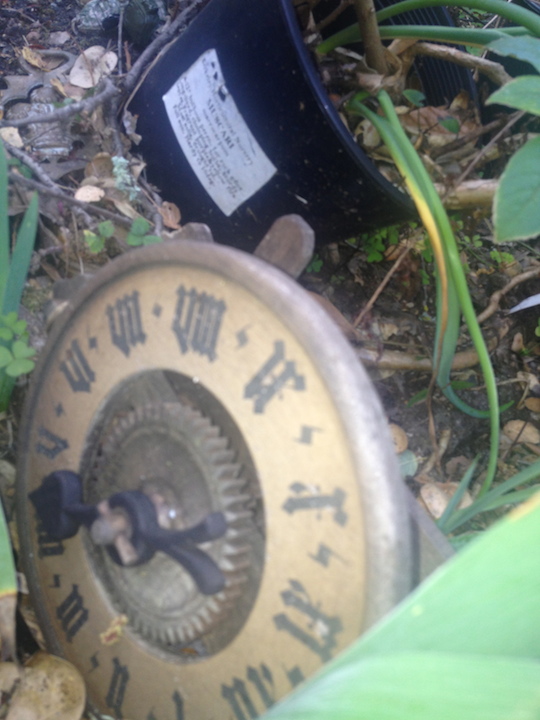 I must go back to Vincente and (a) get a better photo and (b) figure out what this is.  Clock?  I don’t get the lettering.

I showed the photos to my friend, who was busy going through a London-Bridge-in- Arizona postcard collection that Gabby had just sent him.  Richly absurd!

What about the measuring devices as shown in the photos?