You see, what happened is this…

Gabby read my post where I comment on the early versions of Little Black Sambo that portray Sambo as a South-Asian Indian, not as an African, and in which I mention the Sambo’s Pancake House in El Centro which Gabby and my friend and I knew in the 1970s.

In response, he sent my friend a postcard. 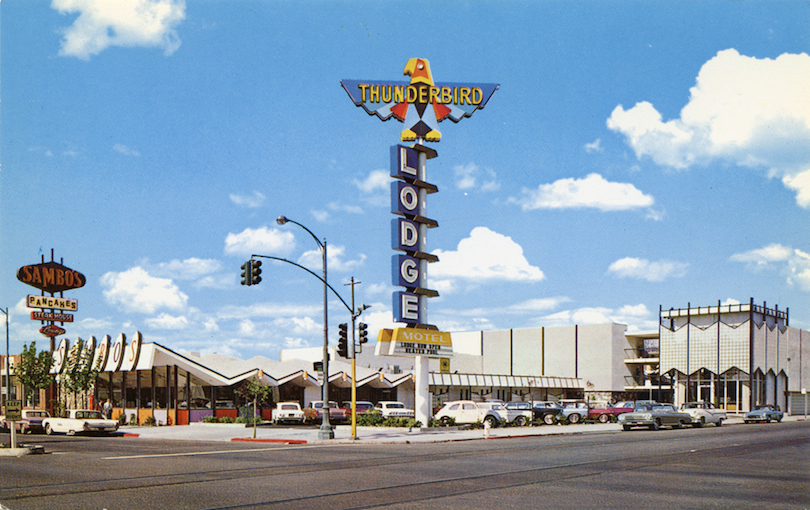 What an image!  Third and Broadway, Oakland.  Not exactly like that anymore.  The message on the back of the postcard was simple – “Carton to follow.  Not big.”  That’s it.

A week later – last Tuesday – the carton arrived.  Gabby was pretty sure that the original Sambo was created as South Indian or Tamil, not African.  Helen Brannerman, who created Sambo, lived in India and wrote about India.  Little Black Sambo has ghee, tigers, and a bazaar – all suggest India. 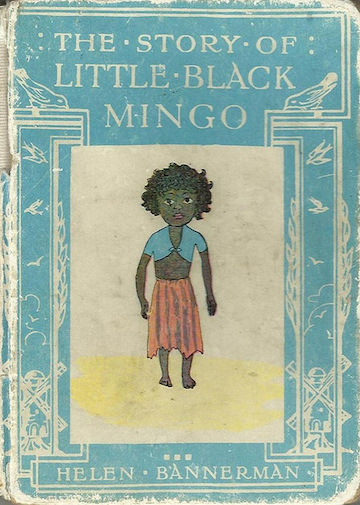 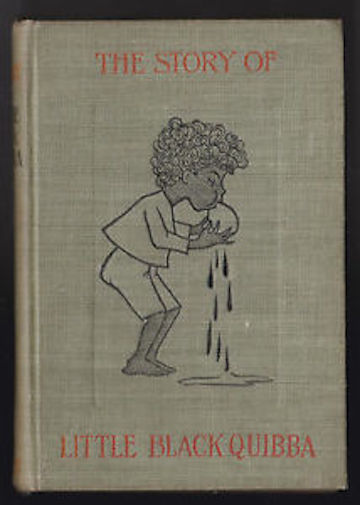 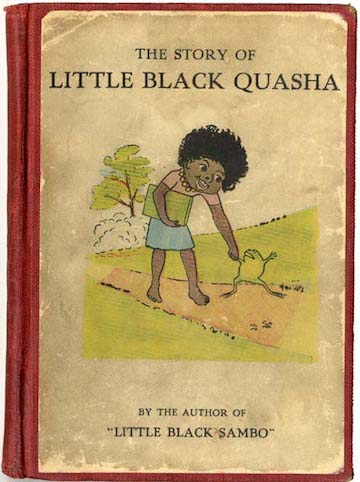 Still, African stereotypes persist in many versions of the book.  Gabby thought we needed to see the depictions of Sambo as an African. 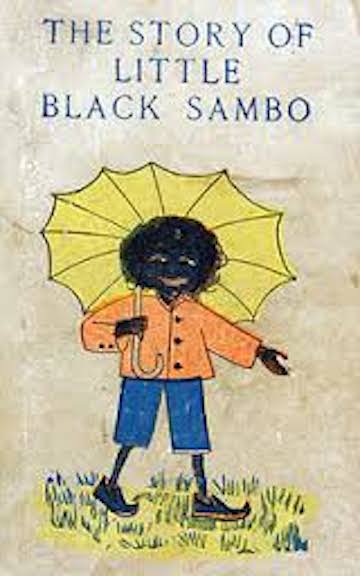 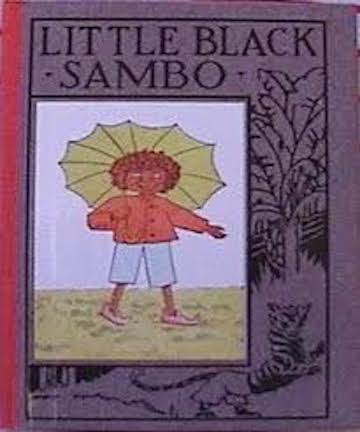 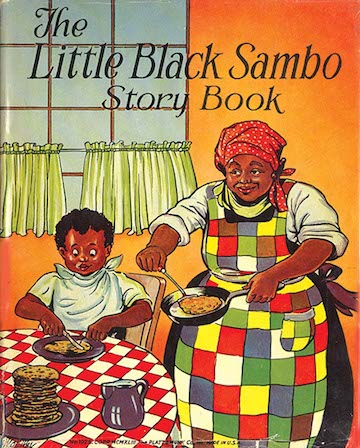 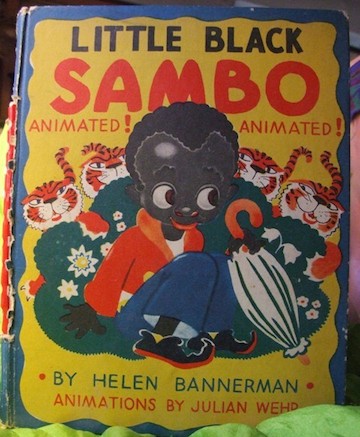 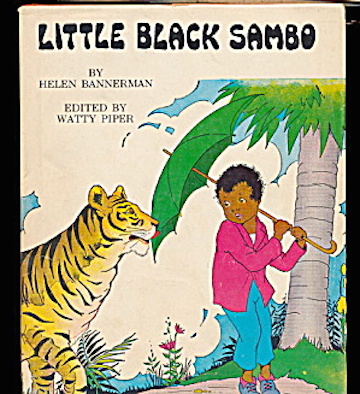 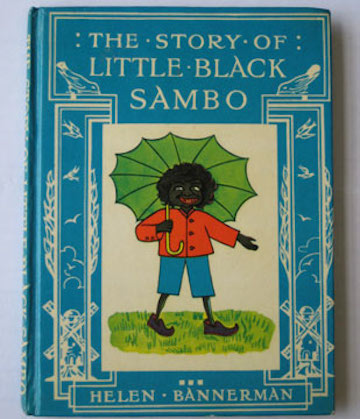 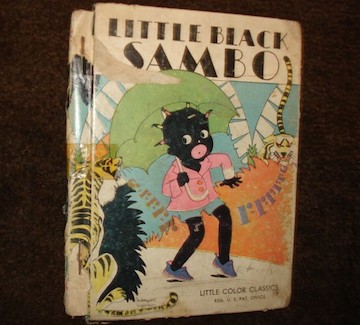 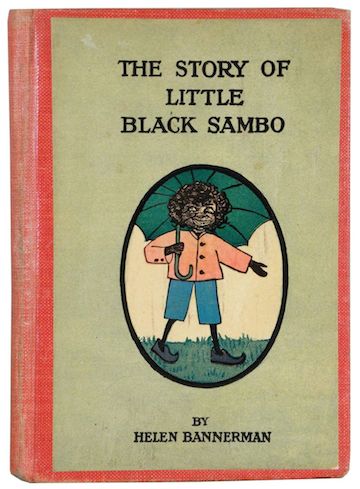 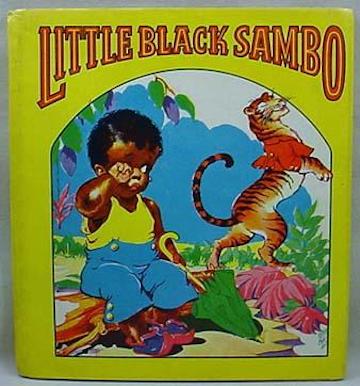 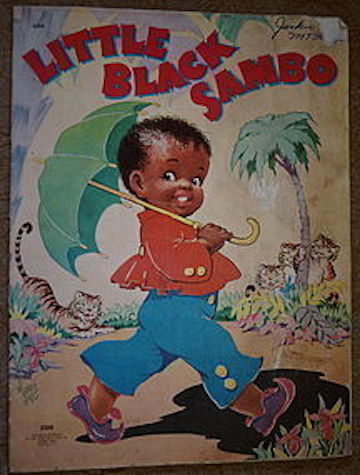 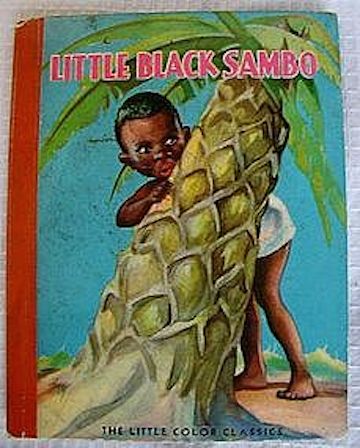 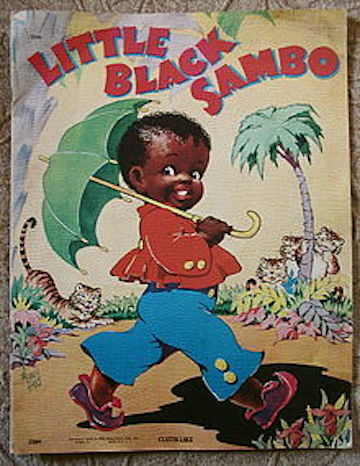 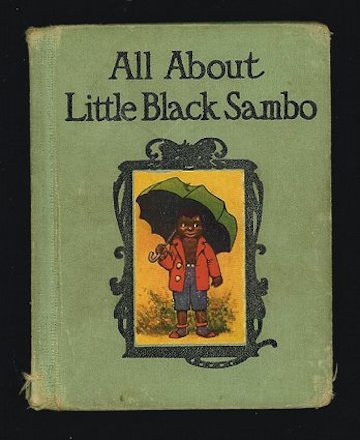 In the 1930s animated cartoons,  Sambo is clearly African. 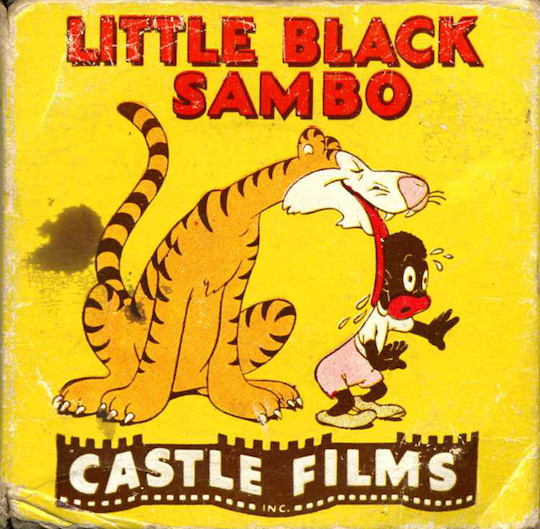 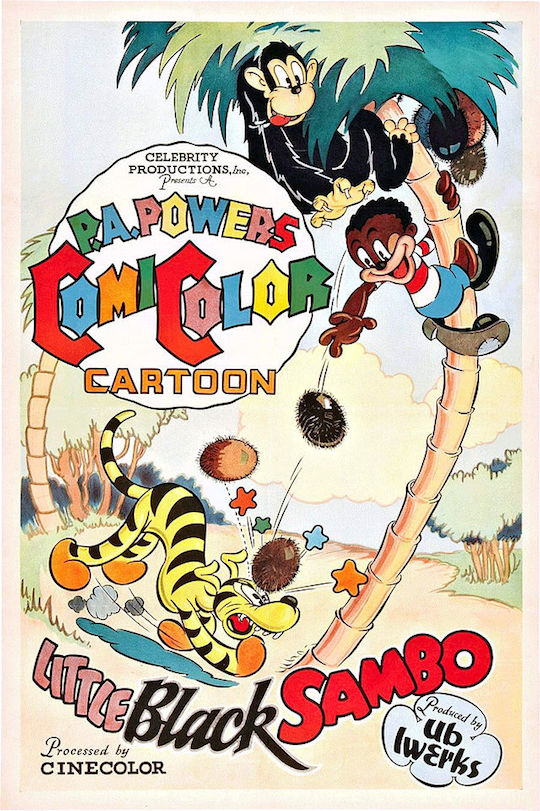 My friend was on the phone when I went to show him the post here, collecting photos of the books that Gabby had sent him.  He had been talking with Gabby.  My friend had a theory. 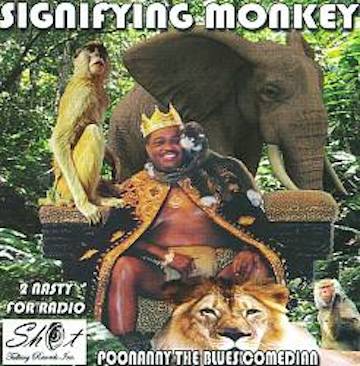 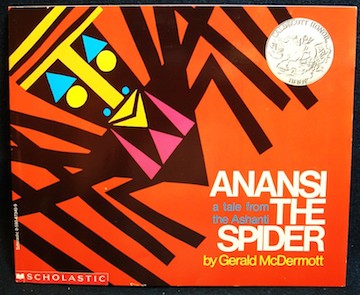 His theory was that Sambo can be seen in the lineage of the signifying monkey and Anansi the spider, central figures in African and African-American folklore. The smaller, weaker creature (the monkey, the spider, or Sambo) outwits the bigger, stronger creature (the lion, the elephant, the tiger).  “Sambo is a trickster.  Dumbed down for the Golden Books, but a trickster all the same.”

I don’t know what I think about that theory, but I was interested in his take on the carton of books that Gabby had sent him.