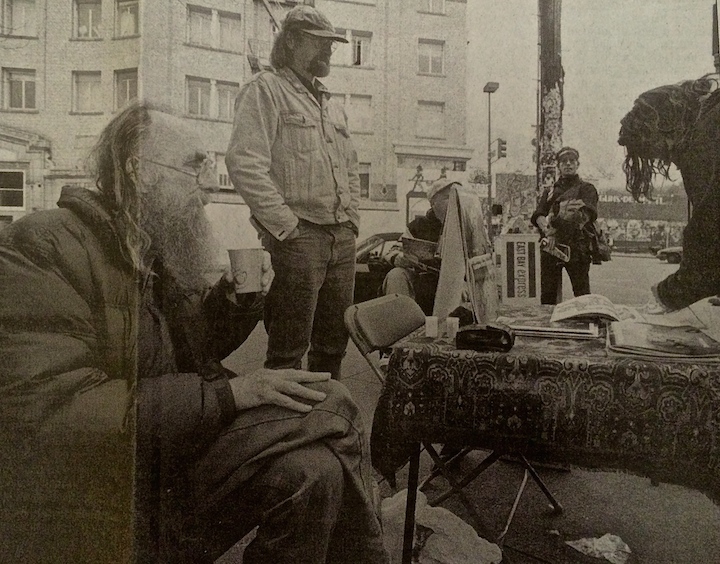 I have written about Bruce Duncan before, including a short post about his comic drawings – definitely NSFW. 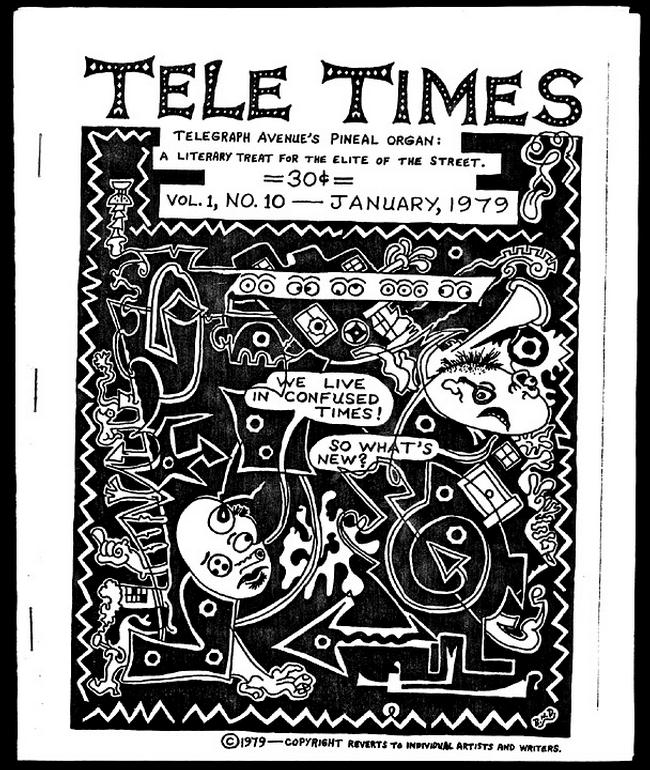 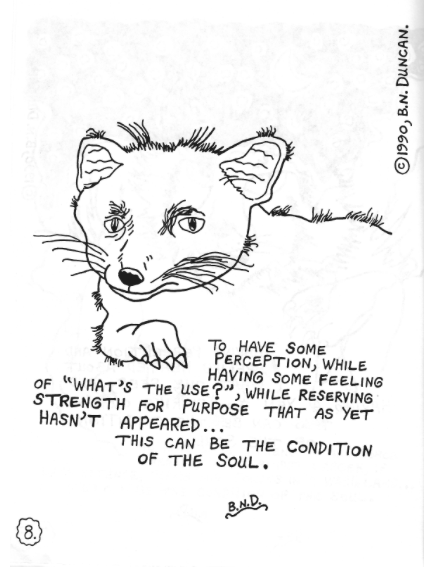 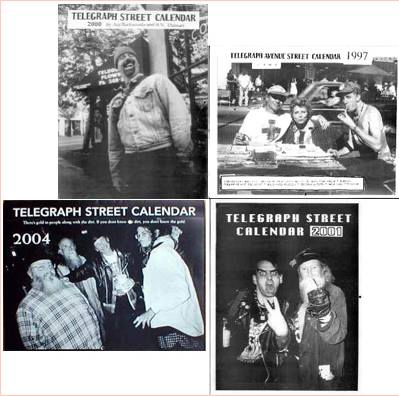 Duncan was an outsider’s outsider, a quiet and brilliant presence on Telegraph for decades.  He survived on a modest disability payment, and was generous to a fault with the little resources that he had. When Duncan died in 2009, his friend and at-times-collaborator Ace Backwords wrote as beautiful an obituary as I have ever read for the Berkeley Daily Planet.

Duncan is a reminder of a Berkeley that is slipping away.  There was a time when we saw the genius in outsiders, as far out as they may have been.  We didn’t just tolerate, we supported.  How would Duncan fare in today’s Berkeley?  I am not sure.  I know of some who would find him deplorable, not in keeping with their vision of an upwardly mobile Berkeley.   But the rest of us?  I don’t know.   Nobody has picked up the street calendar torch that Duncan laid down.  Ace Backwords has talked about it and I am sure that support would materialize for the project.  Let’s hope that the calendar rises from its ashes.

A Quirky Berkeley reader, Mara French, wrote me and told me that Duncan (born 9 July 1943) attended Oxford School – across the street from where I have lived since 1984 (its all about me!).  She directed me to a website that Kent Rasmussen, Jimmy Dean, and she created for their graduating class of 1955, from which a lot of the information for this post was gleaned. The website is http://rcsmail.org/%7Erjb/oxford/index.html.  Reidar Bornholdt has taken over the website. 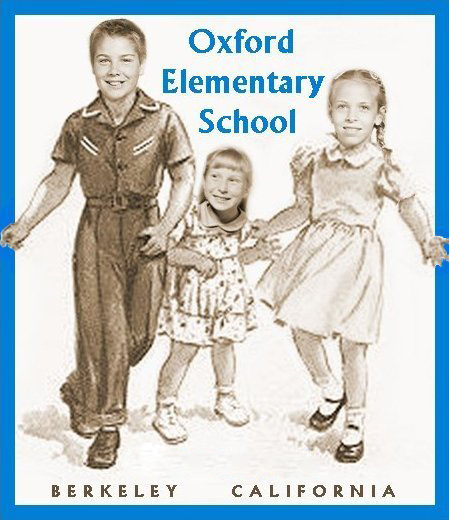 This is the school in 1924. You can see my house (its all about me!) in the background. 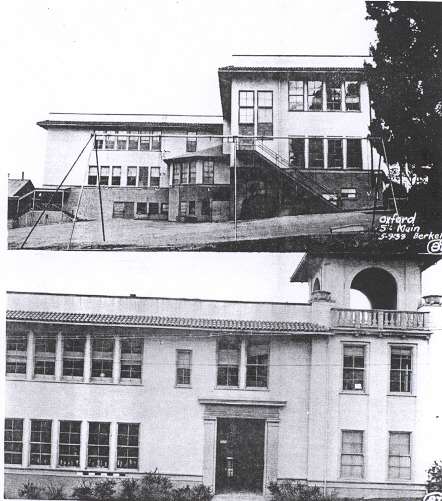 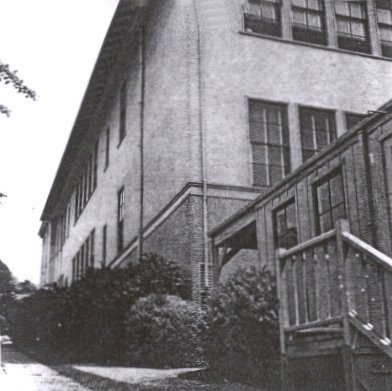 This is looking from the north, along the Shortcut path.

Here are some school photos of a very young Bruce Duncan while he was at Oxford School. 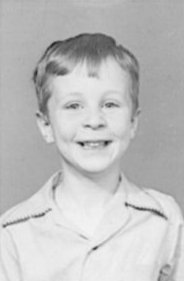 In 1950, one of Duncan’s classmates was Bob Avakian.

Avakian is Chairman of the Revolutionary Communist Party.  What a class that was! 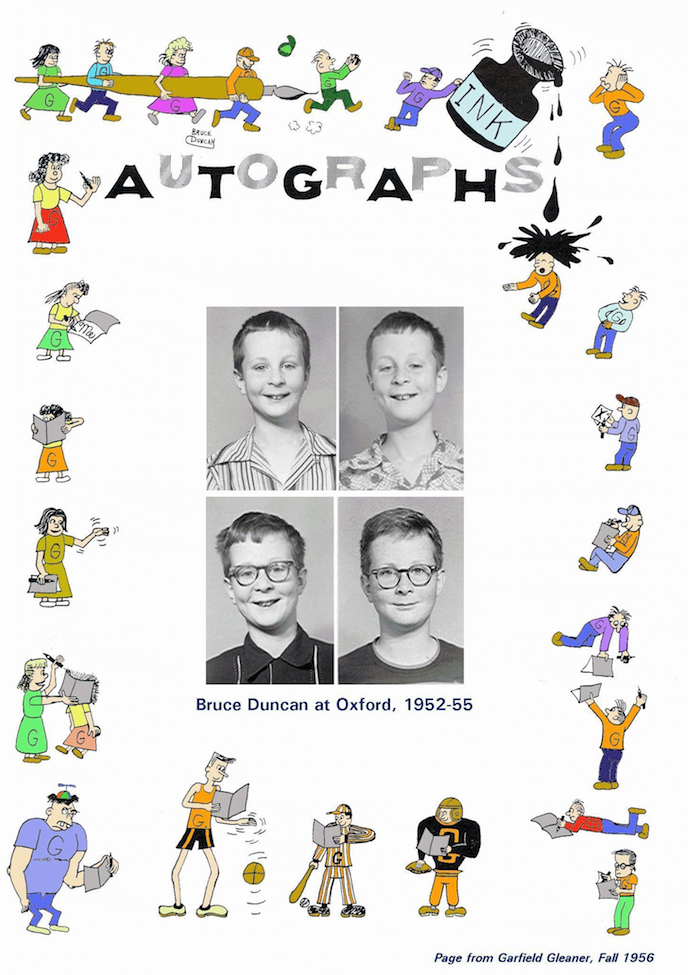 Duncan finished Oxford School to and then went to Garfield Junior High. 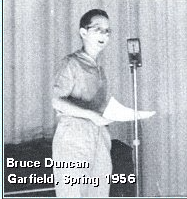 At Garfield, he appeared in several plays, told stories, and drew cartoons that amused his classmates, including these. 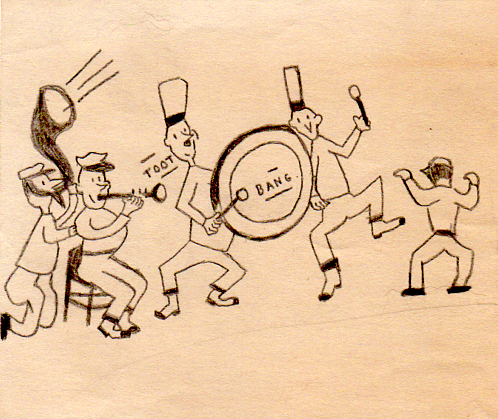 One of his classmates told Duncan’s Telegraph Avenue running partner Ace Backwords that Duncan was “the David Letterman of their class.” Duncan could be a character when he was in the mood.

Duncan lived with his mother, grandmother, and sister Elaine at 1030 Merced Street.  They moved there from Coventry Road in Kensington.  On Merced Street, the four of them lived on the second floor and they rented out two apartments on the ground floor. 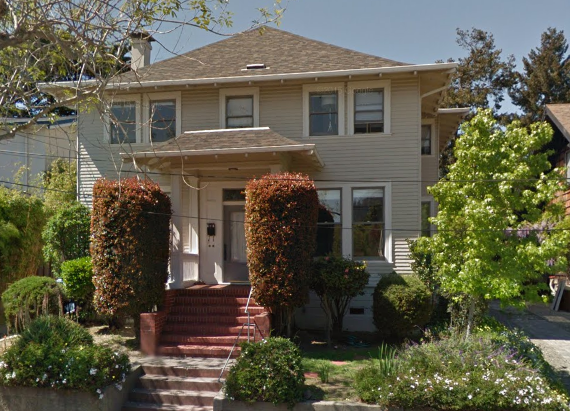 During the week, Duncan and Elaine stayed with a woman who lived in a brown-shingle home on Marin until the evening on school days because their mother and grandmother worked.  His sister Elaine remembers: “Once – shortly after moving to Merced St. – he and I got lost walking around the neighborhood. I was scared and Duncan said, ‘Don’t worry I will protect you like Hansel and Gretel.’  We ended up in the police station where a nice, red-haired lady fed us sweets until our mother picked us up.” 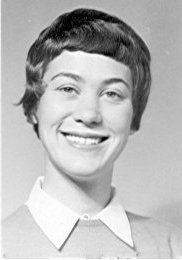 At Oxford, Duncan emerged as a budding artist.  One teacher in particular, Miss Moulton, helped his classmates appreciate Duncan’s talent for art.  He would create caricatures based on his stuffed animals.  He was deeply absorbed in paleontology, even before first grade.

Duncan’s classmate Mara French remembers: ” I remember watching him in Mrs. Moulton’s 5th grade class. Whenever he did naughty things, I was probably the only one who thought they were not naughty, but that he needed love and attention. I always felt sorry for him and wanted to hug him, but that wasn’t appropriate at that time. The things he did would have been thought of as misdemeanors in today’s world and probably ignored instead of being sent to the principal’s office. They were: dropping his yellow #2 pencils on the floor multiple times, leaning back on the 2 back legs of his chair and squeaking his chair, tapping his #2 pencils on the desk which really was annoying, moving the pet rats from their cages to the desk ink wells (we didn’t use them any longer) probably to desks of students he did not like. I don’t remember him being active on the playground or in sports.”

In high school, Duncan was invited to spend a year in England with a friend whose father was a UC professor.  During this year he began to shut down emotionally.

After returning from England, his mother married a lawyer and they relocated to Pasadena.  Duncan had a difficult time adjusting socially, and was hospitalized in a private institution for a while.  He either graduated from Pasadena High or got an equivalency degree through a junior college. He never again found the happy and open state of mind that he had enjoyed at Oxford School. 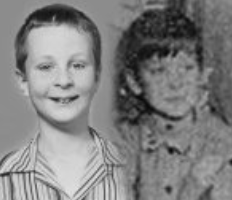 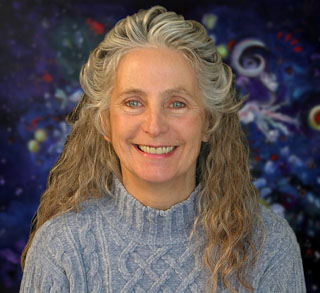 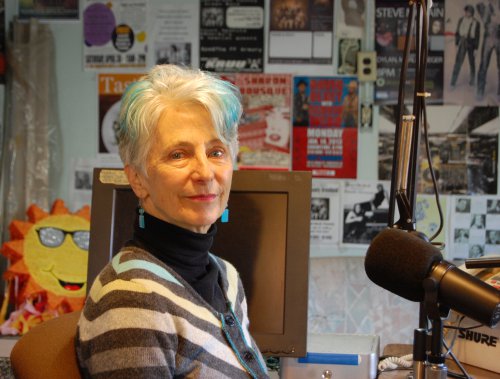 Kent Rasmussen wrote: “Elaine was clearly important to Bruce during his last years. He told me how much he treasured her love. No matter what might be going wrong for him, he took heart knowing he had a sister who still cared for him.”

There are several photographs of Duncan at the 2001 Oxford School reunion.  His classmates remembered how much the reunions meant to him. Kent Rasmussen wrote: “He was thrilled to attend our Oxford reunions and was truly astonished when I told him the kind things his old Oxford classmates had said about him.” 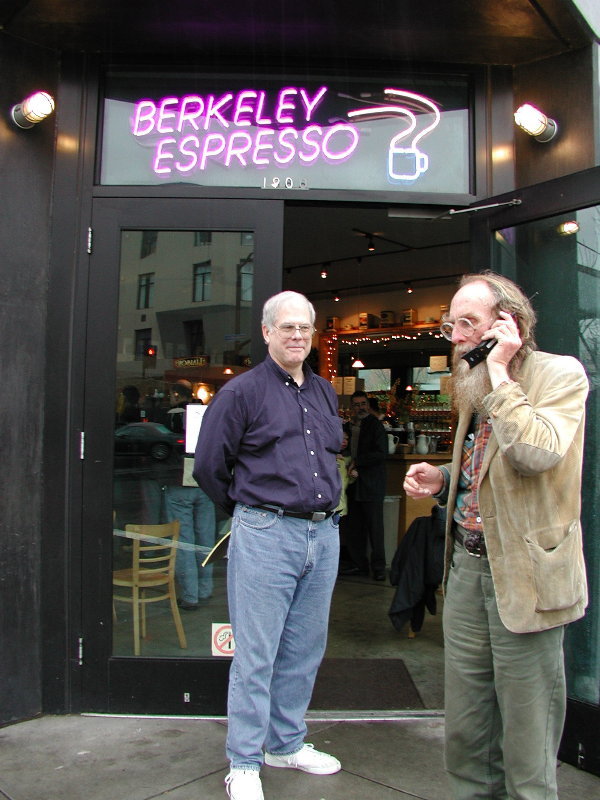 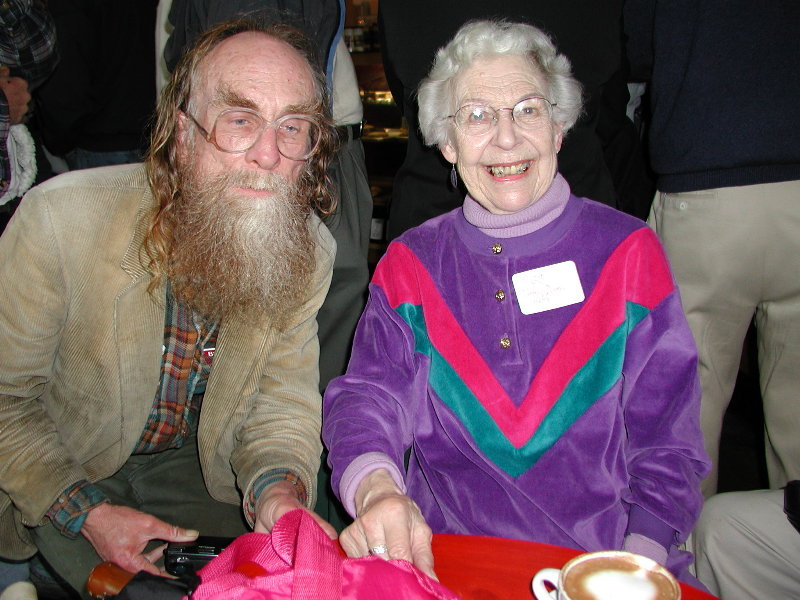 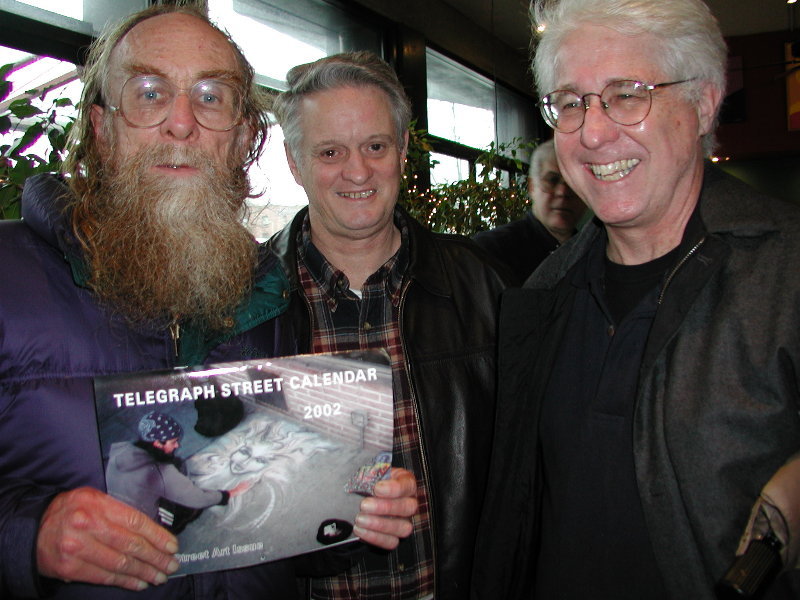 So – there you have it.  A tiny glimpse into the childhood of a man who Ace Backwards called “one of the most relentlessly creative people I ever met.”   You look at the photos of Duncan at Oxford School and you think of Phil Ochs singing, “And I’ll show you a young man with so many reasons why / And there but for fortune, may go you or I.”  There are those among us – not many but some – who can see the good and genius and human in outsiders, no matter how down and out they may be, who would see Bruce Duncan and look past the physical appearance and see the person within.

I showed the photos to my friend.  He was sketching lettering for a sign that said “HPL.”  No idea what it means.  I didn’t ask because I have learned that asking will not lead to answering.  He asked my opinion on the font he had sketched out for “HPL.”  I told him I liked it, that it looked like cross-stitching.  But – what about the post, the little boy Duncan images? 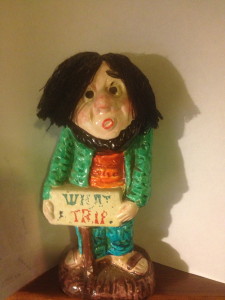 3 Responses to A Young Bruce Duncan