From the chair I recognize myself on the floor.  I rise: “Mr. Chairman, I rise on a question of personal privilege.”  As the chair I concur.  And thus this page.

I worked for Cesar Chavez and the United Farm Workers, first when I was 16 turning 17 in 1968 in Delano, again in 1970 on the grape boycott in Philadelphia, and then with the Union’s legal department from 1972 until 1980.  I am standing just to the left of Cesar’s head in this 1975 photo of a chunk of the legal department: 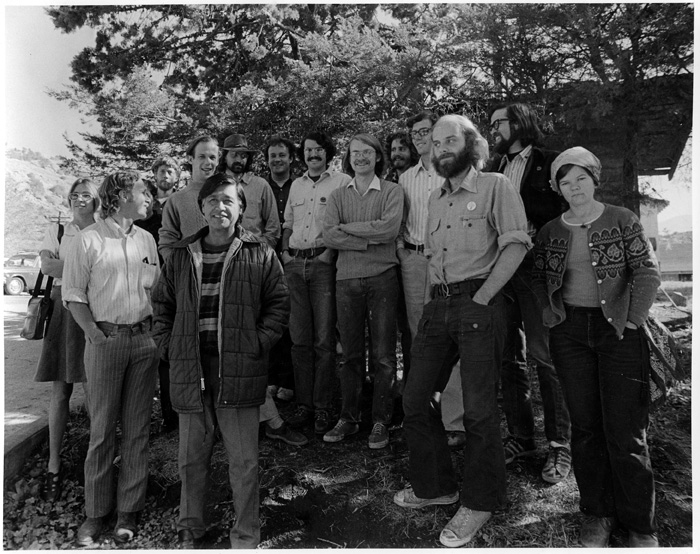 To the immediate left of Cesar is Dan Boone, who has lived in Berkeley for 35 years.  To my immediate left is David Bacon, the gifted and dedicated labor photographer and commentator.  To my immediate right is Sandy Nathan, who lived on the 1200 block of Parker before moving to Kansas.  There are even more Berkeley connections in this photo.  Jerry Cohen and George Lazar went to Boalt.  Etc.

Enough about me.   Cesar always did well in Berkeley.  He recruited here even before the grape strike, and he often turned to Berkeley for volunteers and support. 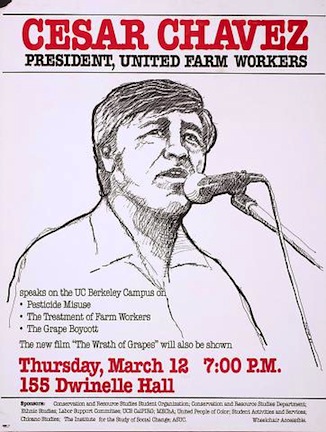 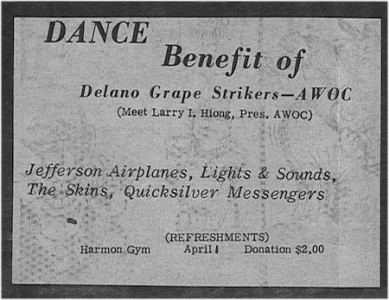 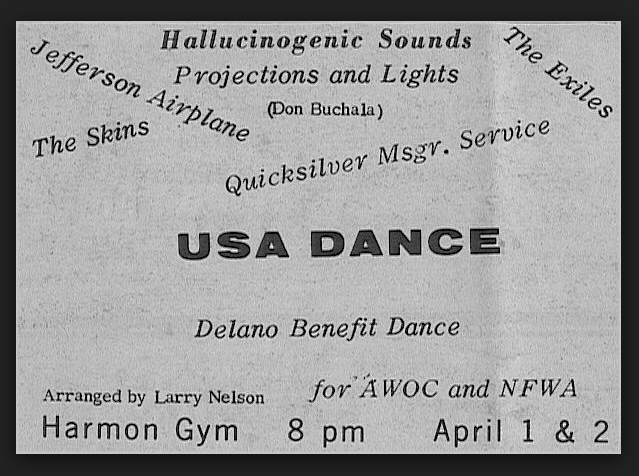 And the Teatro Campesino (Farm Worker Theater was welcomed here when it performed in 1967: 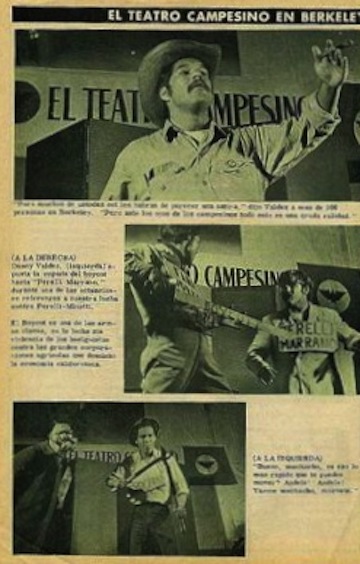 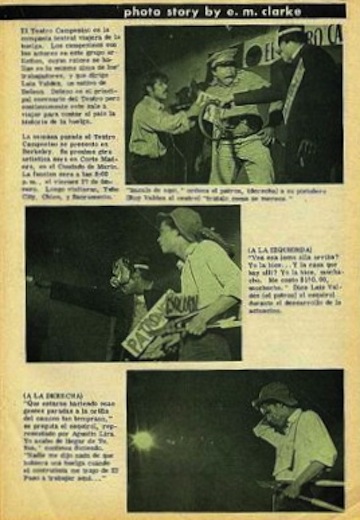 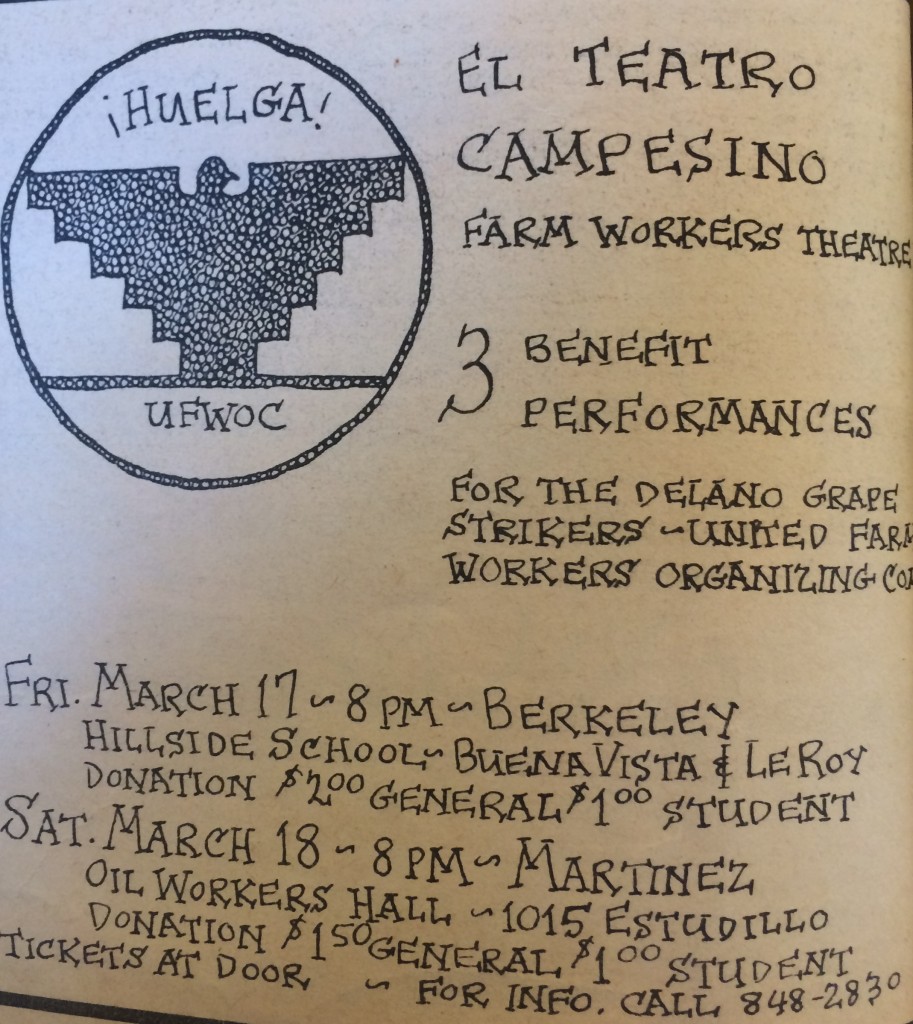 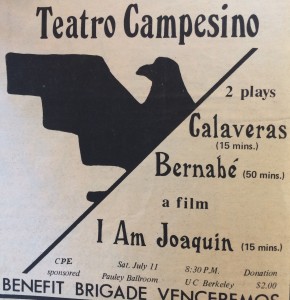 In political campaigns such as the fight against Proposition 22 in 1972 or in favor of Proposition 14 in 1976, Berkeley and Oakland were friendly territory for Cesar: 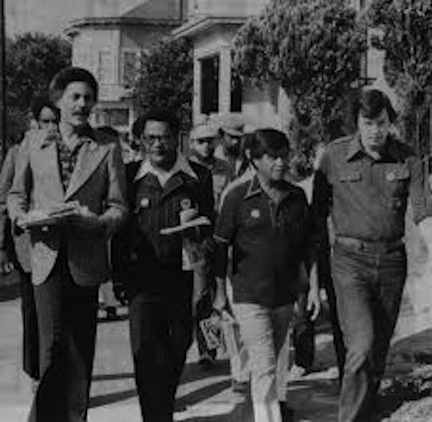 Cesar died in 1993.  By the time of his death the Union was an insignificant force in the fields, but it had touched and changed thousands of lives.   And in Berkeley we find vestigial celebrations of the United Farm Workers and of Cesar, as in this mural at the Young Adult Project: 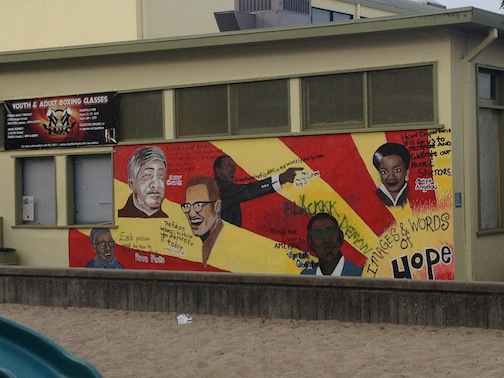 The red, white, and black UFW flag and especially the black Aztec eagle from the center of the flag are found here and there in Berkeley: 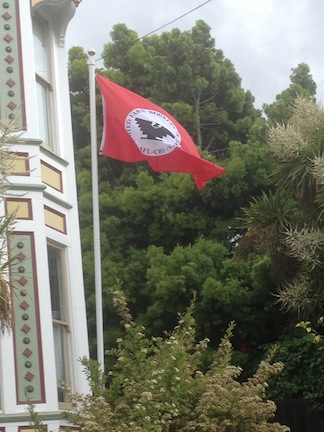 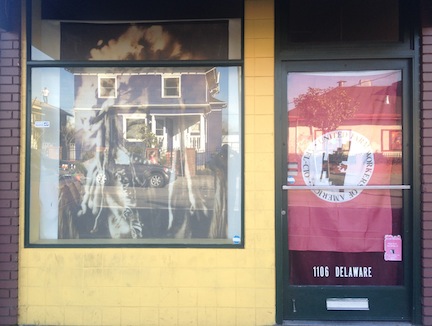 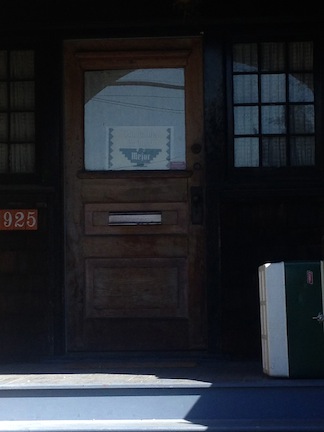 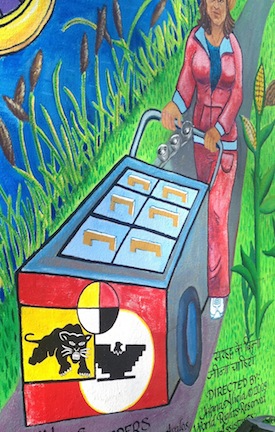 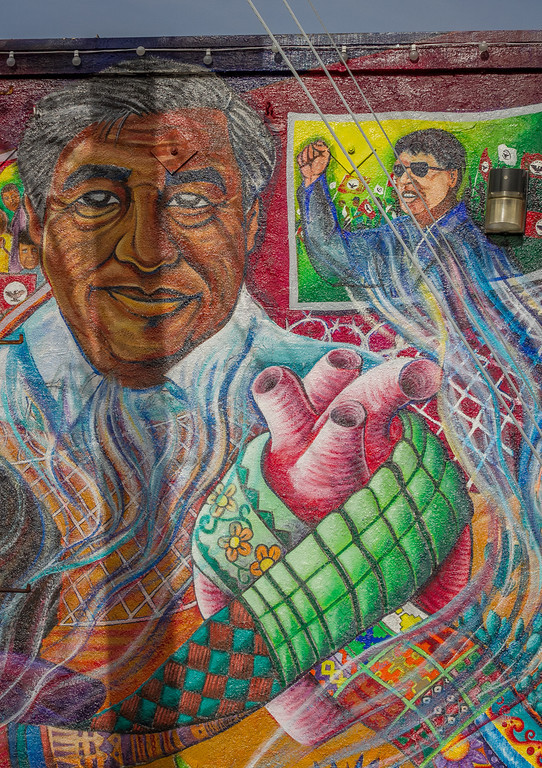 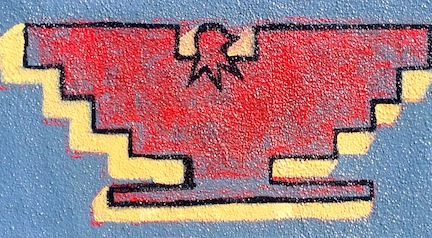 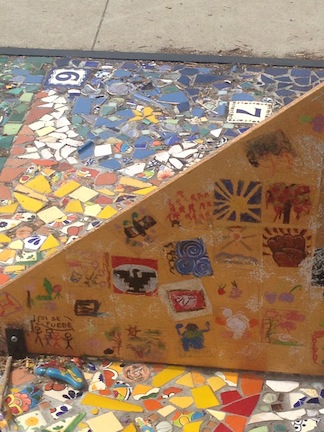 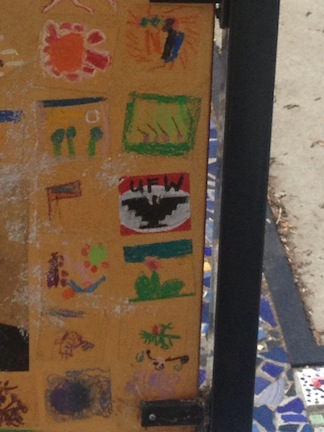 Things ended poorly for the UFW, but the lingering iconography reminds of a time when the vision of a strong national union for farm workers seemed realistic.  As I said with respect to free speech: 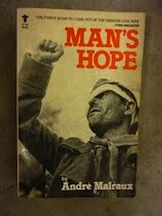 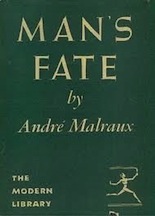 P.S.  As you ponder the fate of the UFW, perhaps listening to Joan Baez sing “De Colores,” let’s consider Berkeley as a union town.  Or not so much anymore at least.  I see many signs supporting the California Nurses Association and their struggle with Sutter Hospitals, such as these: 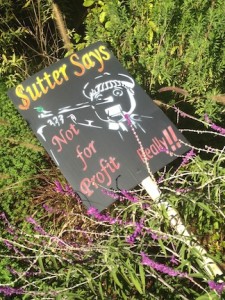 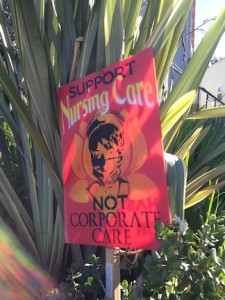 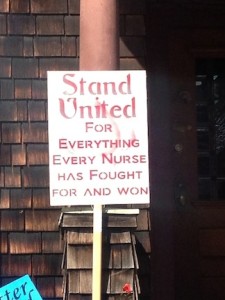 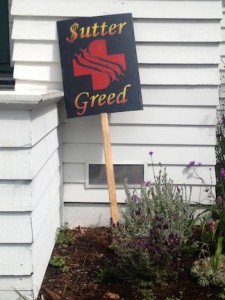 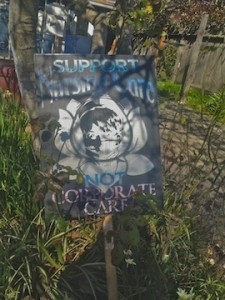 This struggle reminds of old struggles.  Example – the Colgate-Palmolive strike of the early 1960s.  Palmolive operated what had been the Peet Brothers soap factory in West Berkeley. 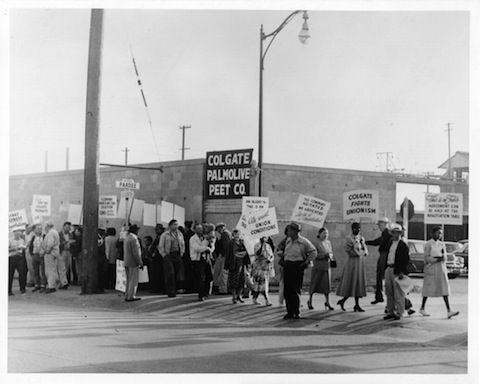 I don’t know how the strike ended. I know that Colgate-Palmolive ceased operations at the plant in 1982 and that in 1999-2000 Bayer bought the property and expanded into it.  The voices of the strikers echo, if faintly.

And then, a few other material culture manifestations of the union movement, all dusty and dated.  On San Pablo, the old brag of union label: 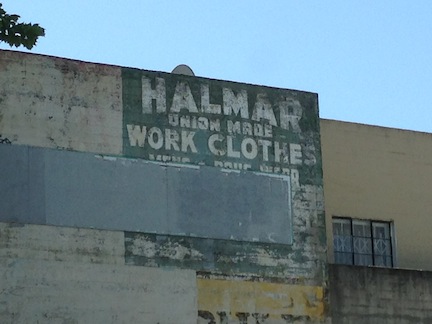 At the Grass Roots House on Blake the local offices of the Industrial Workers of the World, popularly known as the Wobblies, a footnote in labor history:

And this tribute to the here and now in the sliver of industrial Berkeley still standing: 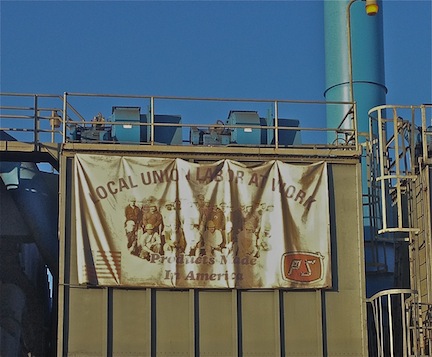 What will happen to unions?  I work for a union.  What would happen without unions?  These are not quirky questions.  Another time and place.