The first glimmer in my eye for Quirky Berkeley was the sign on the rib joint on San Pablo, “Open Till Closed, Closed Till Open.”  I saw that sign in 1984.  It stuck with me.

The second and bigger glimmer was an idea that Cathy had of photographing cool shutters.  She had a pun to name the project – “I Shutter to Think….”

A few iterations and later and I was walking every block of every street in Berkeley, but the shutter idea stuck.  I have seen a lot of cool shutters, and photographed them. 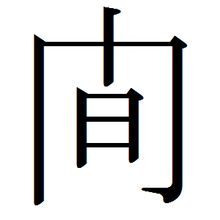 I call this shutter ma, using the Japanese word for space.  I admit that I am perhaps using it incorrectly.  Oscar Wilde told us to never let the truth stand in the way of a good story  Ditto with understanding something correctly.  It sounds good.

Here, installment #1 on shutter ma, are shutters with negative space that defines a tree.  Dig these trees! 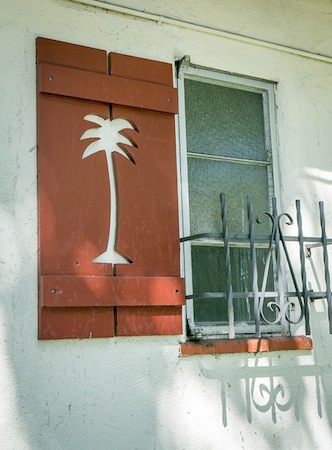 These palm tree shutter ma are probably the best in show. 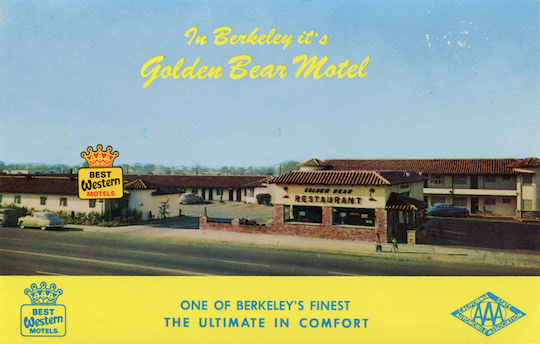 From this postcard showing the Golden Bear Motel a few decades ago, you can see that the palm tree ma shutters were not always there.  Good addition! 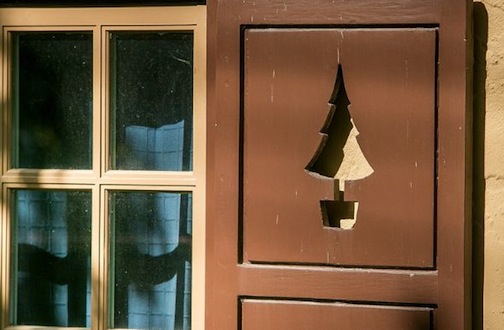 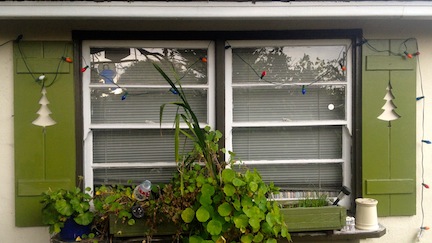 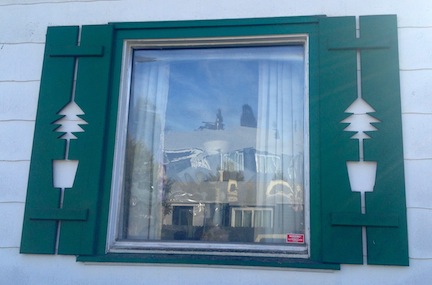 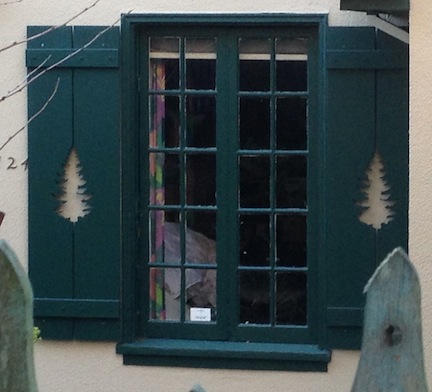 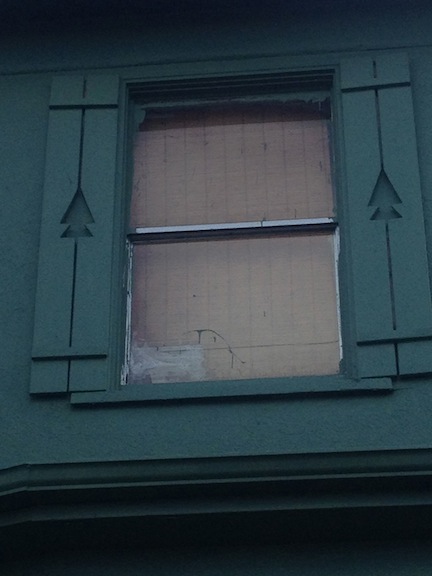 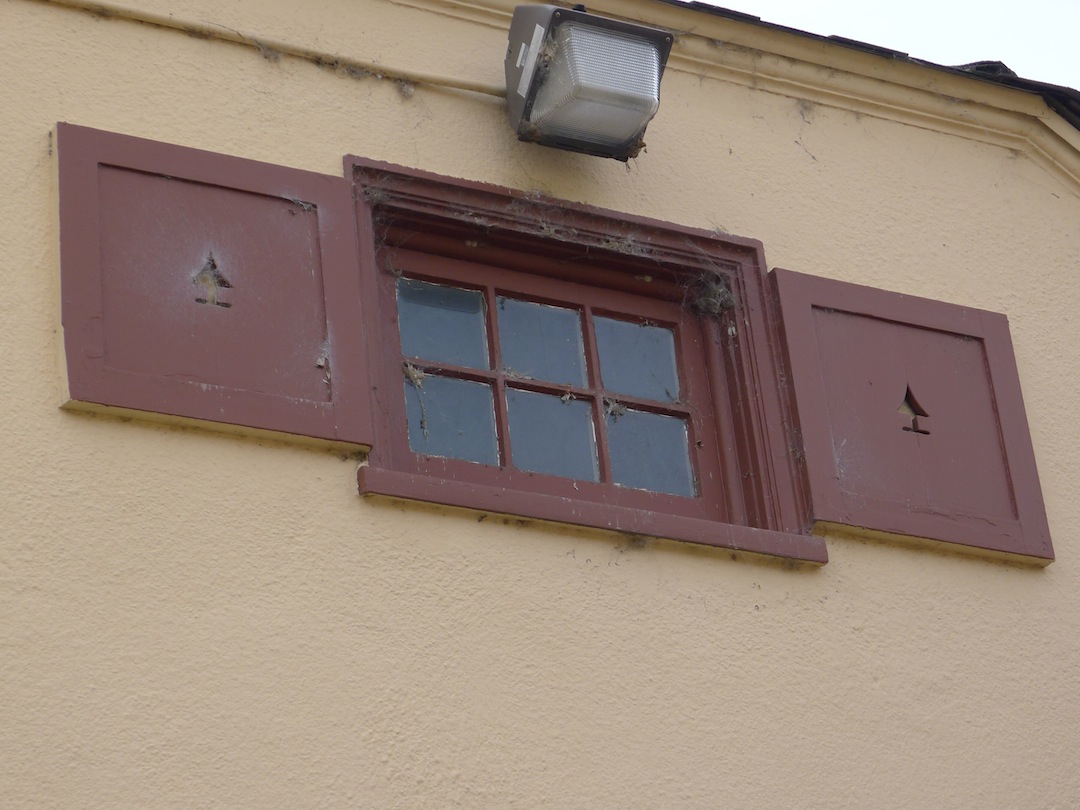 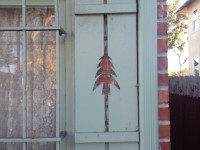 Still to come in the world of shutter ma – suns and moons and stars, flowers, shapes, a few odd others.  Ma!