One finds the occasional American flag flying in front of a home in Berkeley, but as far as my research has informed me, peace flags are the flags of choice.  Actually, Buddhist prayer flags are the most common, but they are small and often ragged little flags.  When it comes to big flags, we harken to David Crosby singing about letting his freak flag fly and we let our peace flags fly.

Some of us fly the official peace flag first used in an Italian peace march in 1961 with seven rainbow stripes and the word “Peace”  (actually Pace in the Italian original): 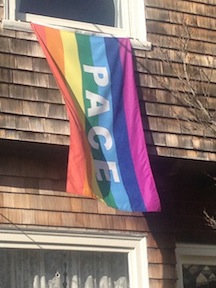 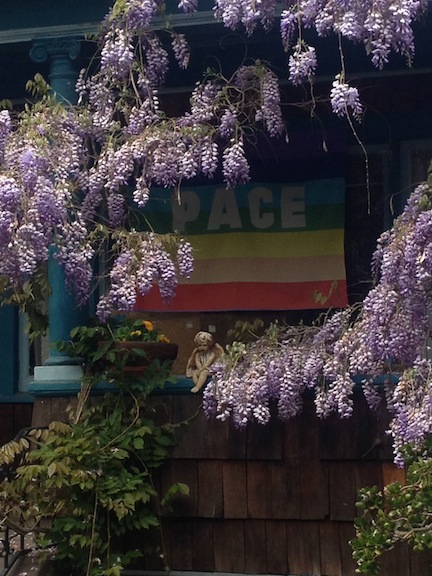 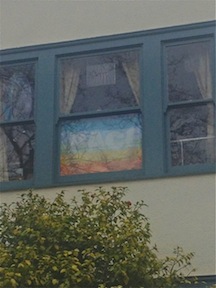 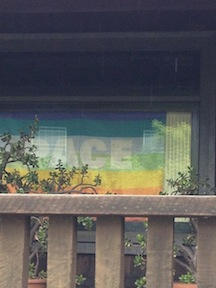 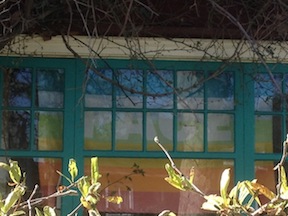 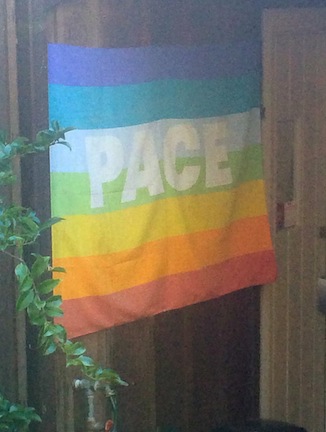 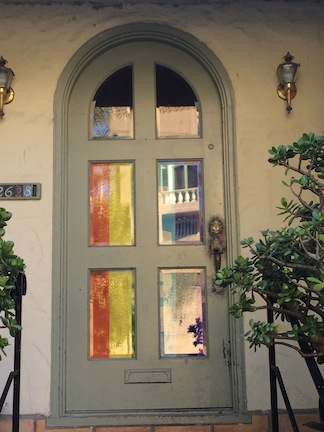 We respect the original, but this is – after all – Berkeley, and so we fly our own versions.  We are especially partial to Tibetan peace flags, but we are open to other ideas. 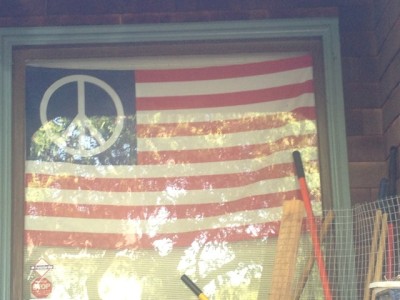 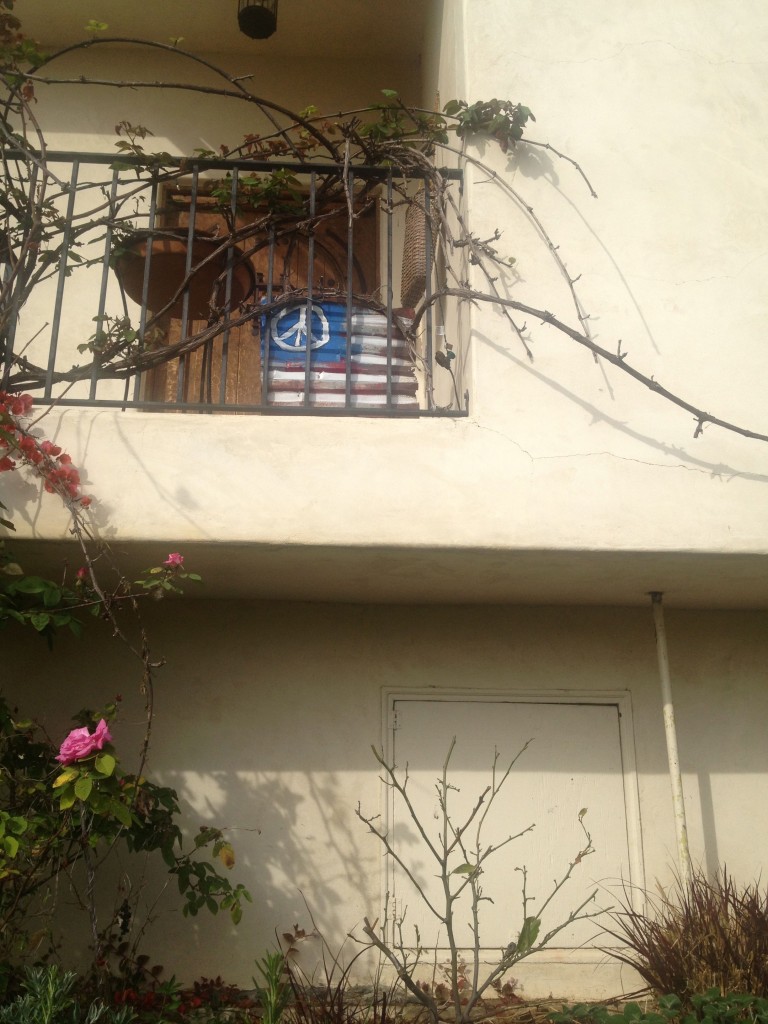 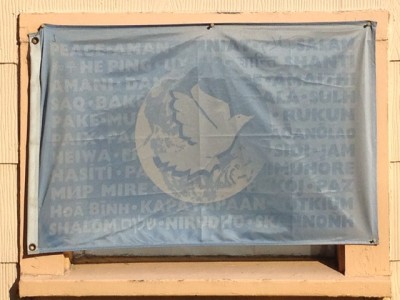 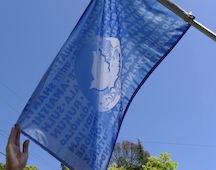 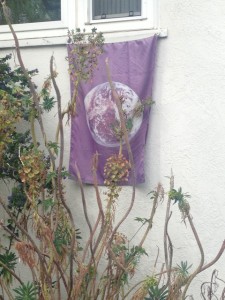 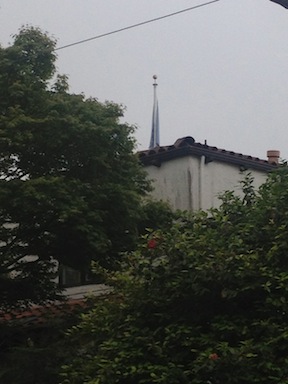 And then there are the Tibetan peace flags, a variation on Buddhist prayer flags but aimed at peace and with a worldwide movement behind them. 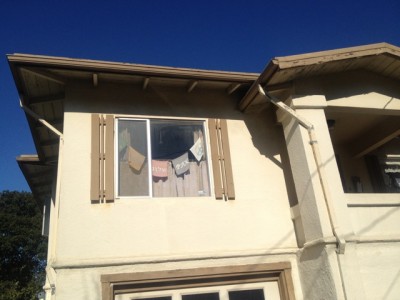 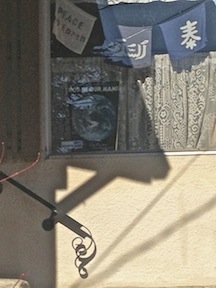 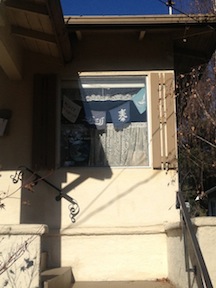 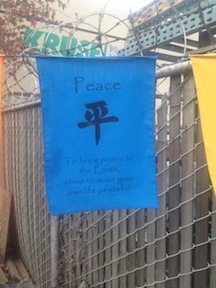 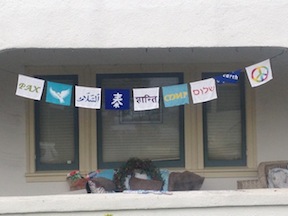 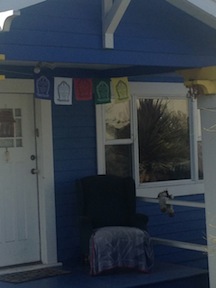 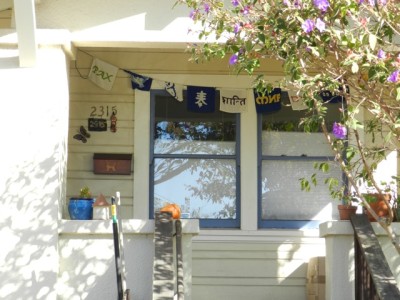 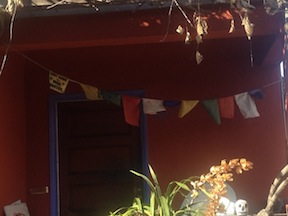 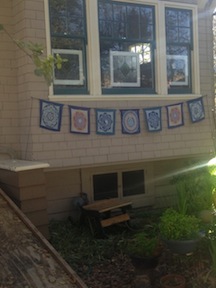 And then there is the ecology flag.  Kind of peace.  Cool flag.  Slips in right here:

The Weavers called on us to rally ’round the flag.  We did.  We do.

Oh so much more peace to come.  Stay tuned.  More news at eleven.