As a rule I am not including in these pages commissioned public art, but rules are made to be broken, or at least made to have exceptions, and one exception is coming up right now.  In 2003, the City of Berkeley installed 120 cast iron plaques celebrating poetry.  Known as the Addison Street Poetry Walk, it stretches from Shattuck west to Milvia.

And included in the poetry is the lyric to Country Joe McDonald’s iconic 1967 anti-war song “I Feel Like I’m Fixin’ To Die Rag,” a signature piece from Woodstock: 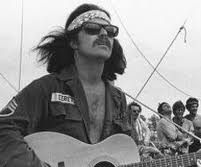 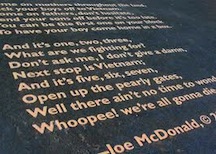 Back to the rules: two most excellent instances of unofficial public art celebrate John Lennon and his vision of peace.  At the intersection of Emerson and Adeline in South Berkeley, you will find a color rendition of the black and white Imagine mosaic from Strawberry Fields, Central Park NY, based on a Greco-Roman design, a gift to New York from the City of Naples.  This is the mosaic from Strawberry Fields, near the Dakota Apartments where John lived and died.  The mosaic celebrates John’s vision of a world of peace as heard in Imagine: 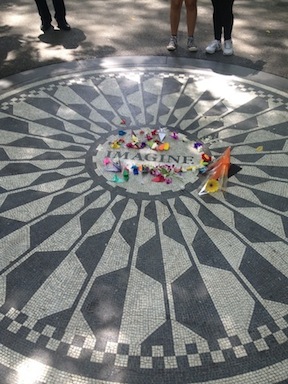 The Berkeley rendition honors Ignacio “Fito” Celedón who was murdered on that spot in September 2010.  His fiancée Amber Nelson commissioned the painting and created a small beautiful planting along the sidewalk fence. What an amazing and personal plea for peace this is.   First the stencil: 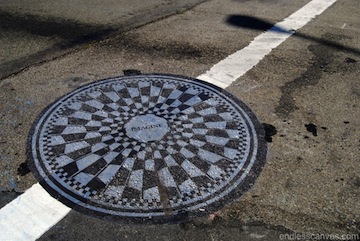 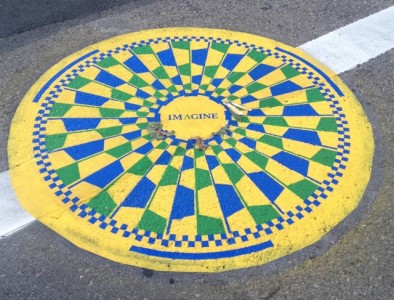 On a west-facing wall facing the railroad tracks just south of Addison is a grand graffiti mural with a portrait of John, a peace sign, and the word “Imagine.”  Graffiti is less eternal than most other art.  No telling how long it will be there.  Listen to “Give Peace a Chance.”  Now.  Right now. 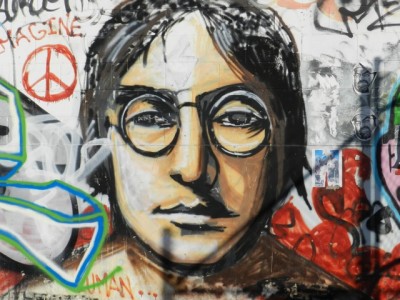 And, finally, the most famous words uttered by Mario Savio during the Free Speech Movement in 1964.  On the north-facing wall, Haste just above Telegraphy, a commissioned piece and so another exception to the rule.  The words resonate today as they did then. 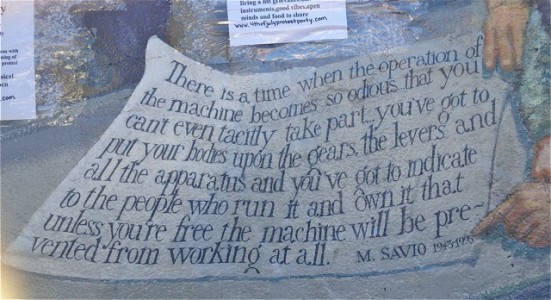 You can see and hear Savio speak these words.