On the west side of Spruce Street, a driveway drops down past a mid-century redwood to a gloriously shingled house with what seems like a killer view.  And in the driveway is as joyful a piece of quirk as I have come across.  Here it is, a giant orange-shaped stand. 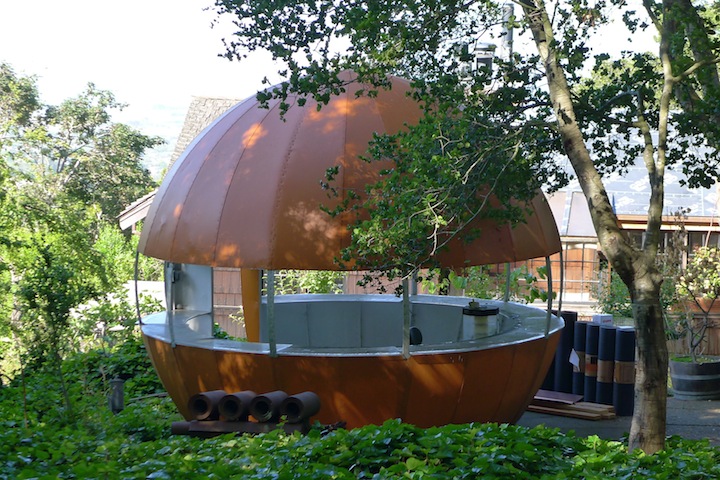 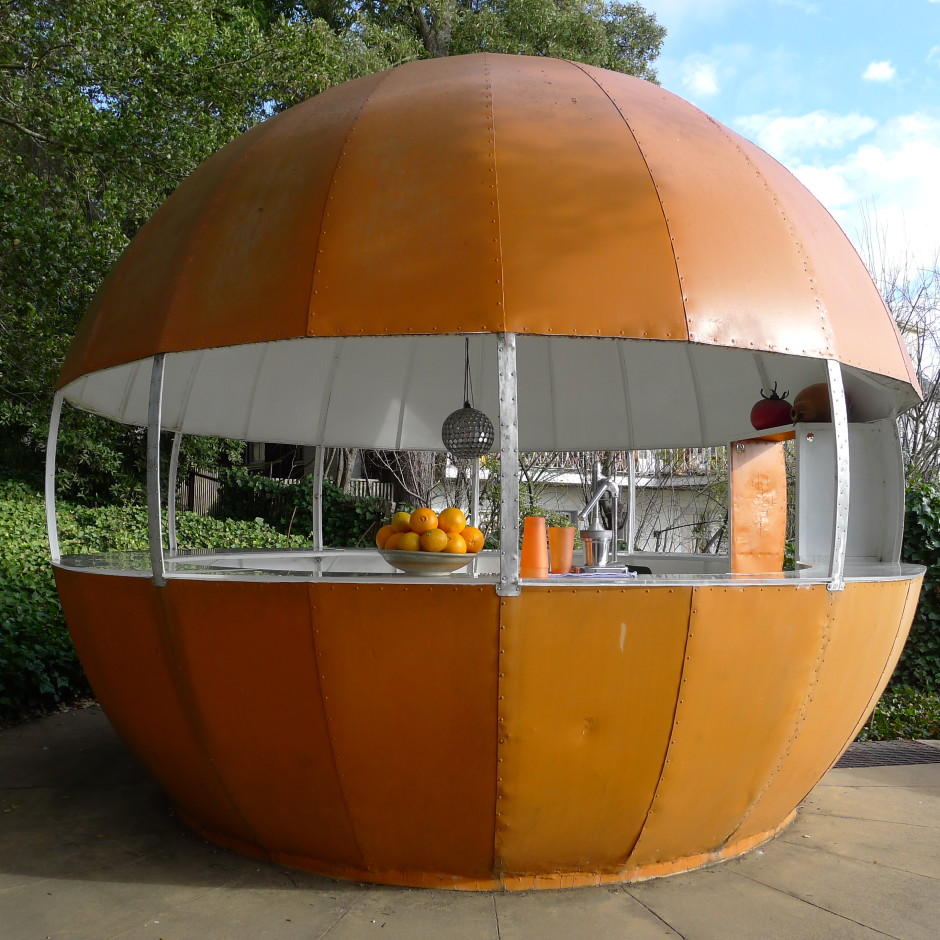 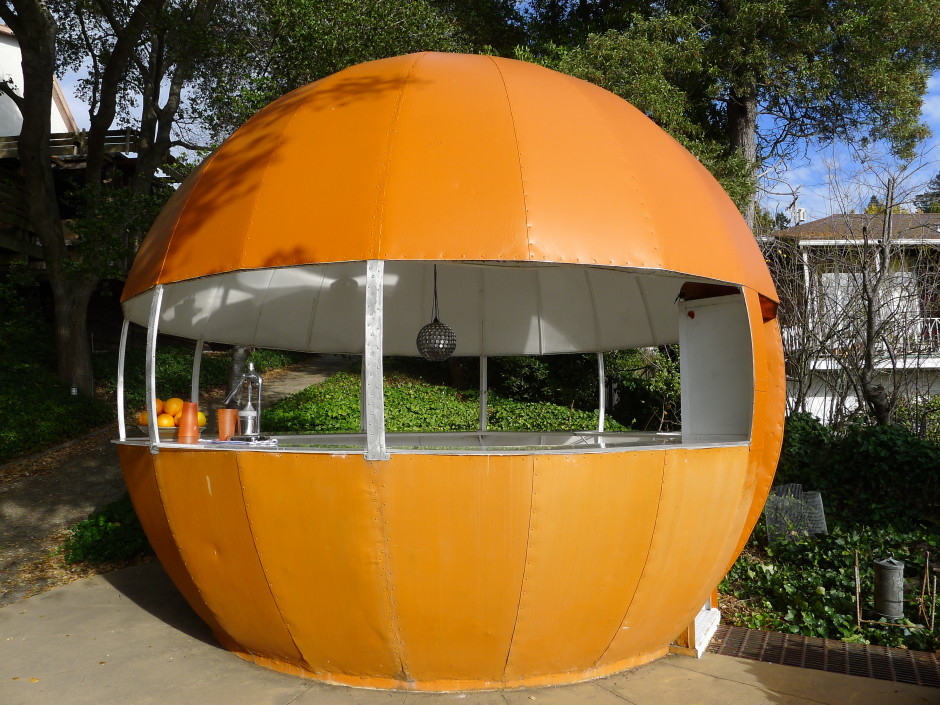 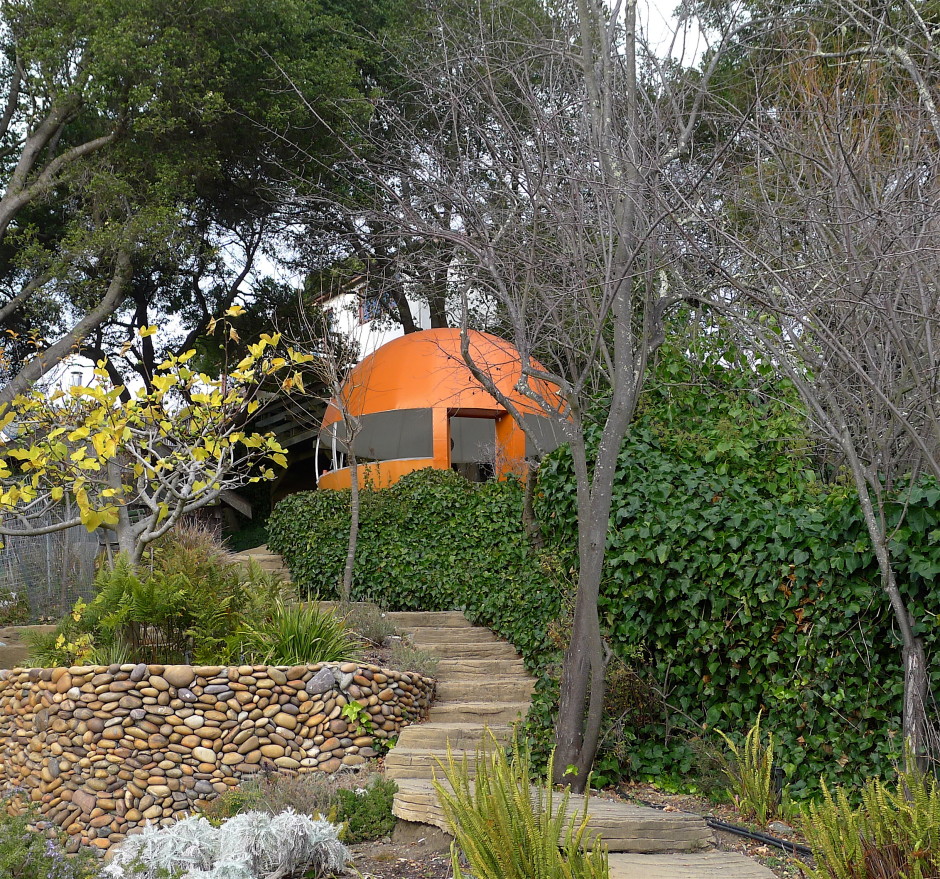 These whimsical, one-off stands used to be found up and down California, especially along Highway 99, and in Florida.  They were striking examples of roadside vernacular architecture.  They were all over, and there are many images of them on the web, and websites devoted to them, like this site, or this site, or this site. Jim Heimann’s California Crazy and Beyond: Roadside Vernacular Architecture has photos of some of these oranges, as well as many other oddball masterpieces. 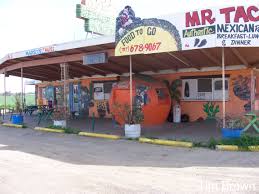 Until recently, there was still a giant orange in Dixon, just south of Interstate 80.  You could see it from the freeway. 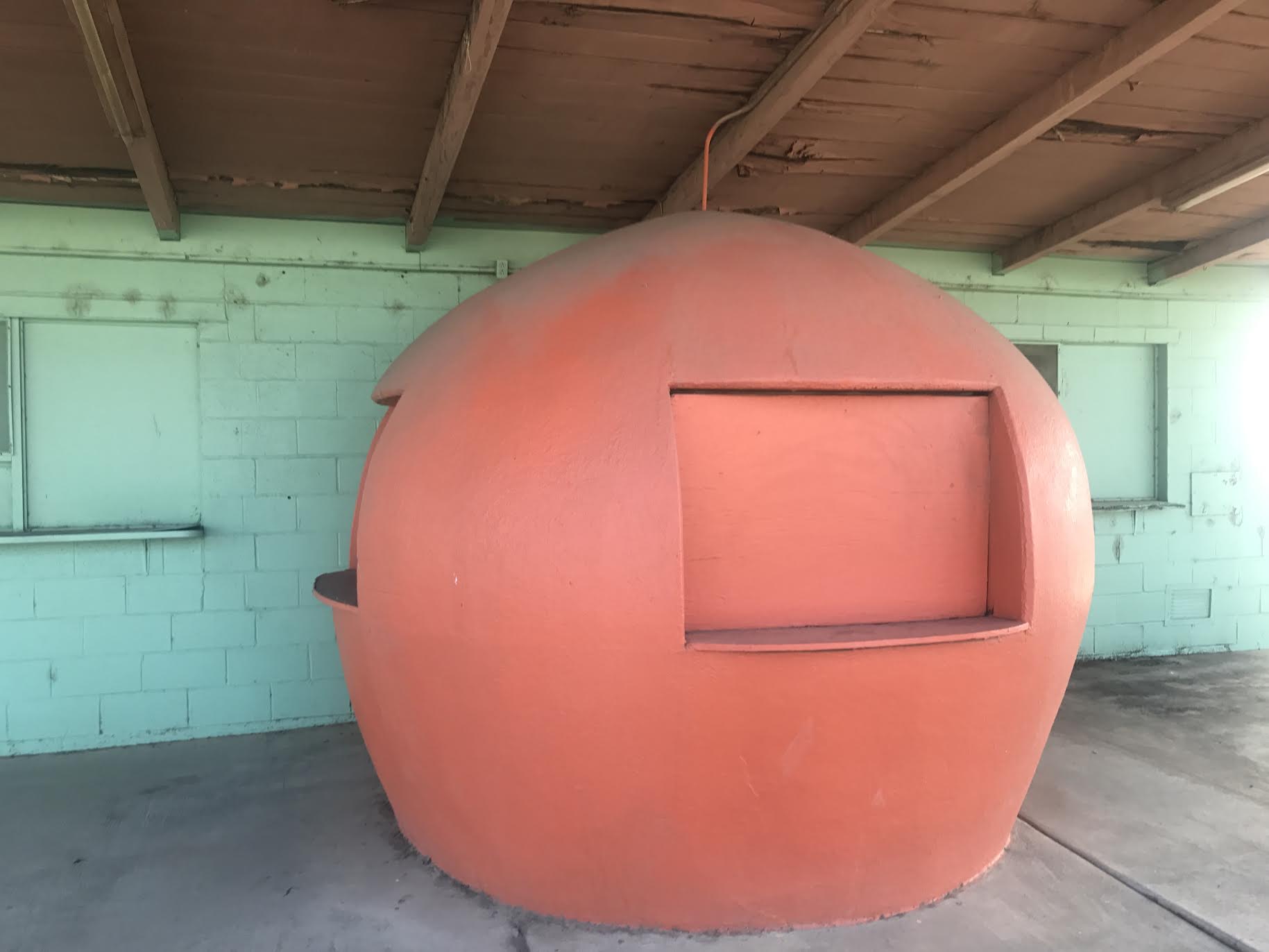 Greil Marcus coined the phrase “old, weird America.”  Boy is it a good phrase.  This orange juice stand is a perfect example of old, weird, America.   The owners fell for the orange stands driving from Berkeley to Yosemite over the years.  In the late 1990s they bought one, a gunite orange from near Chowchilla.  Bad luck though – it burned the night before it was to be transported to Berkeley.   They persevered, and found this Merced Iron Works, post-war steel-frame aluminum skin beauty near Corcoran, where it was being used as a chicken coop.

They have taken it from busted up, slutted out, paint-peeling, chickenshit splattered, and ignored to bright and clean, loved and honored.

Four photos.  Four links.  That is some strong quirk.  When you are on upper Spruce take a look.

I show my friend the photo and lamented that it was so far down the driveway and that I couldn’t get a great look at the details.  He went to his desk and came back with a suggestion: 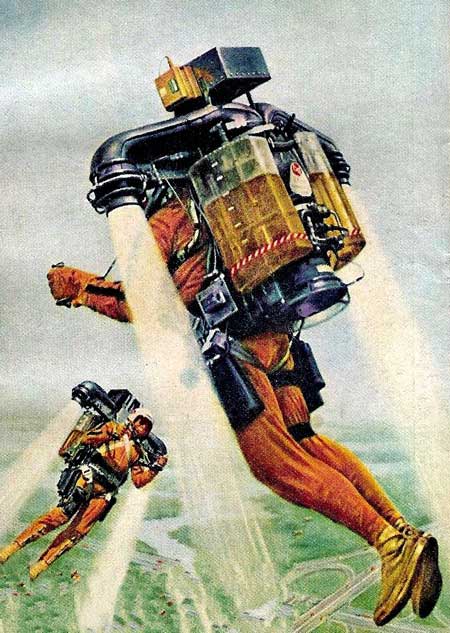 I appreciate his enthusiasm but we eventually agreed that it was not a good idea.  And then I got to meet the owner and walk down the driveway.  What about the orange stand, my friend?