There is a lively, at times heated ongoing debate among those who follow Quirky Berkeley closely about whether religious iconography is or can be or is not quirky.   Being the exalted and final judge on these matters, I have a pretty good idea where the debate is going to end, but no matter where you stand on that debate, 1175 Arch Street, just north of Eunice, is a shrine to quirk. 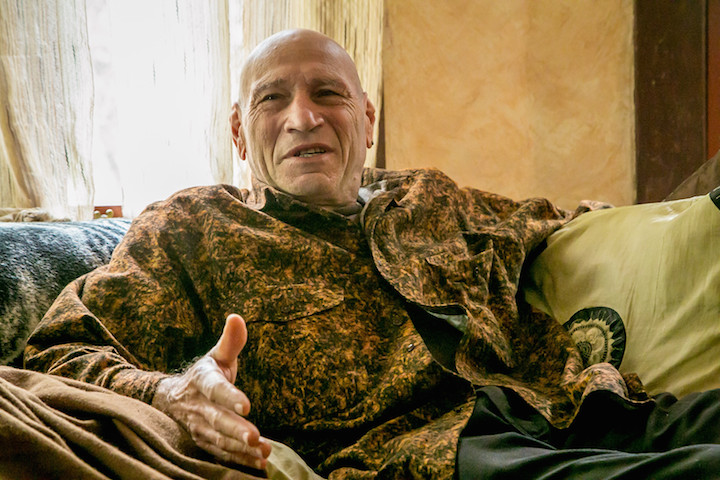 Frederic Fierstein is an electrical contractor. He lives on Arch Street. 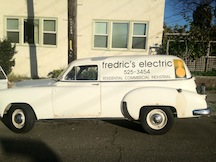 His vintage work trucks are sometimes parked outside.  They are 1952 Chevy Delivery Vans.  Pretty awesome.

But nowhere near as awesome as the Buddhist shrine/altar. 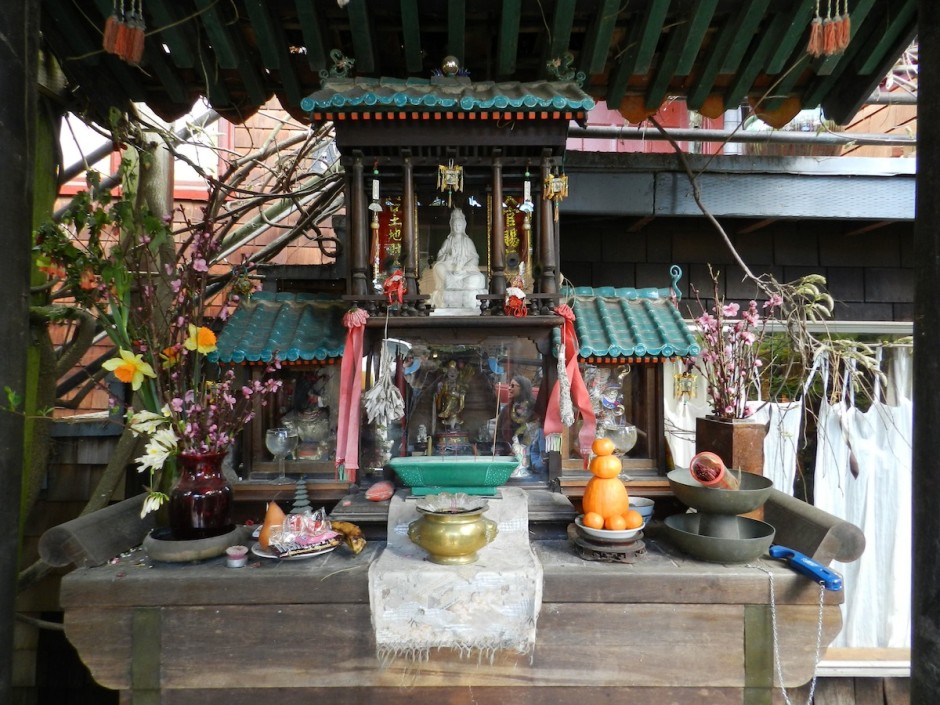 An altar?  A shrine?  Whichever, it is truly a gift to the spirit of the street, given without expectation of reward.  The perfection of giving!  Exquisite detail, pure quirk.  My middle daughter came to the United States from Cambodia when she was 8.  Buddhism was deeply embedded in her world view.  When she first saw this, she understood it.

The iconography is that of Chinese Buddhism as practiced in Malaysia. 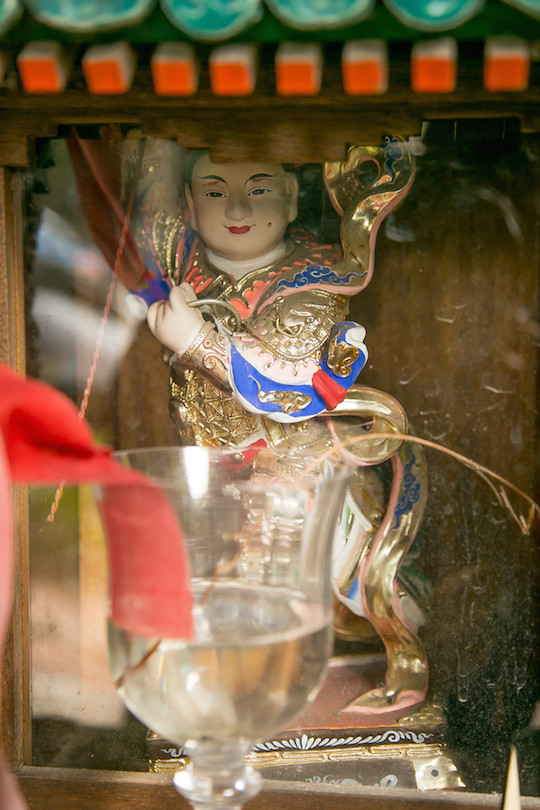 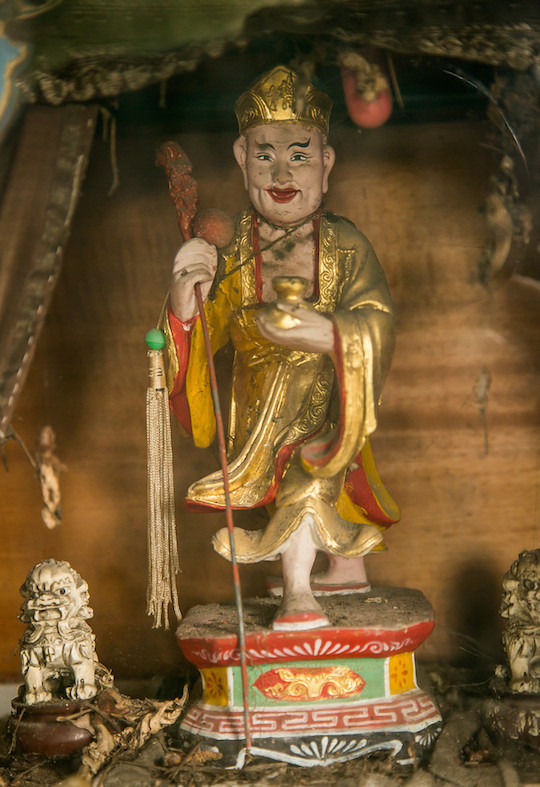 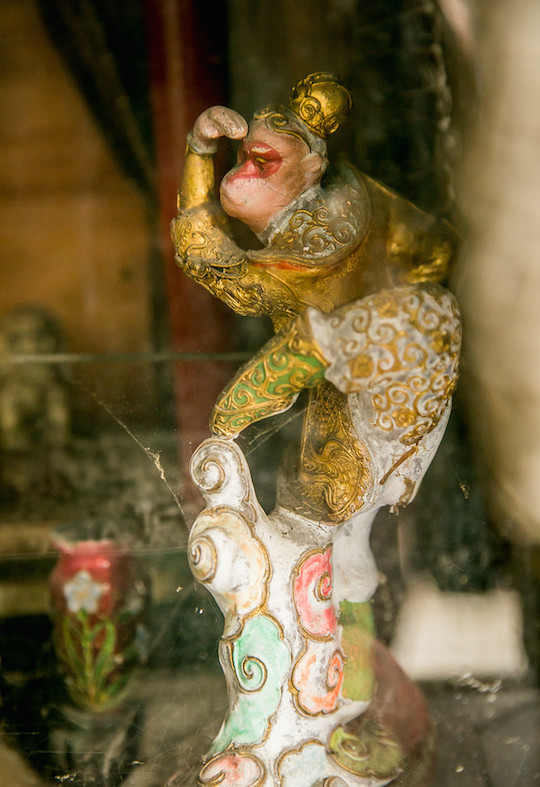 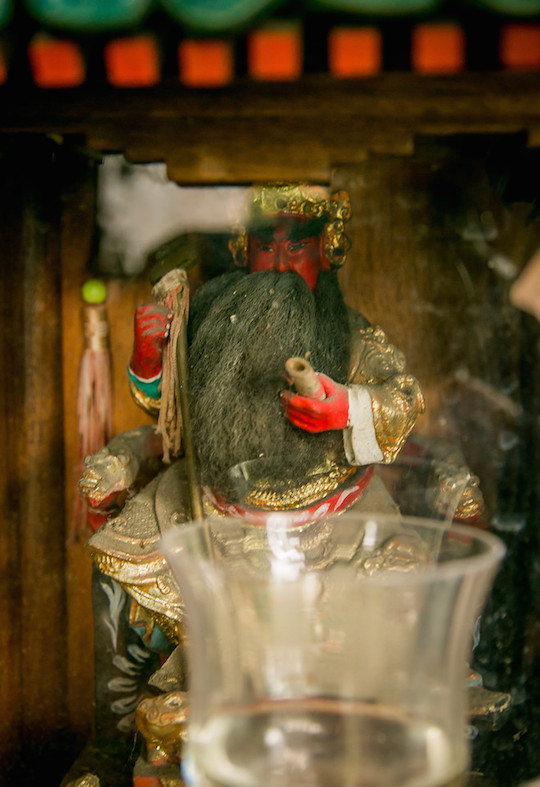 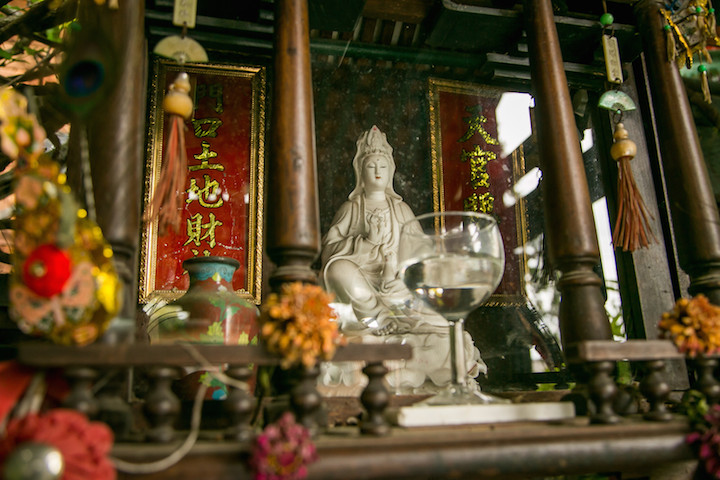 The floor of the shrine is tile. 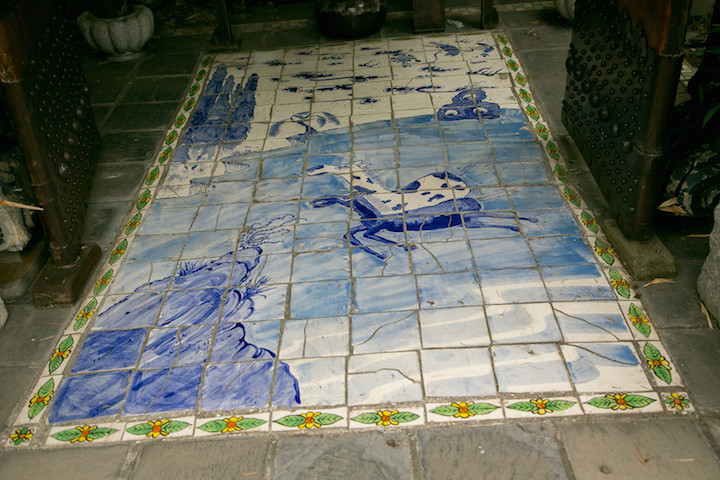 Fierstein made the tiles.  People stop and leave an offering, fruit or coins.  They light incense of a candle.  They sweep the floor. 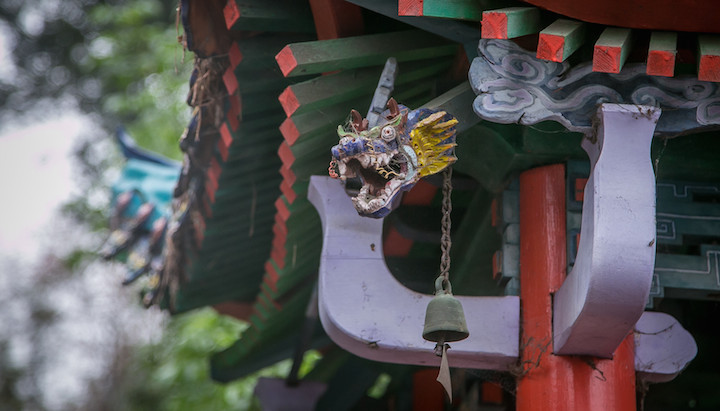 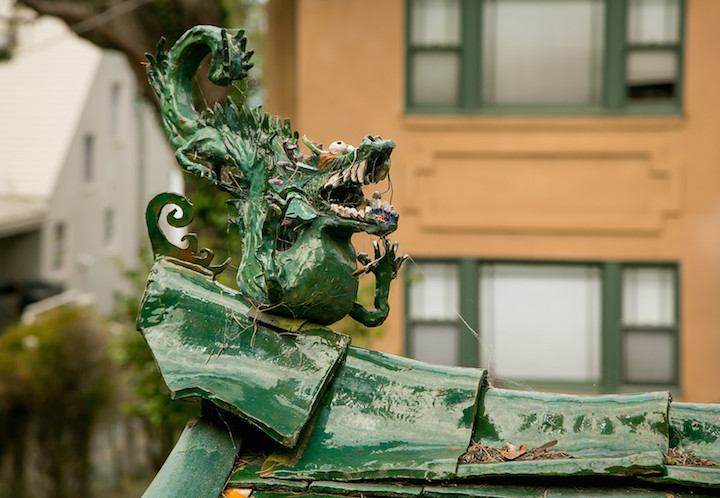 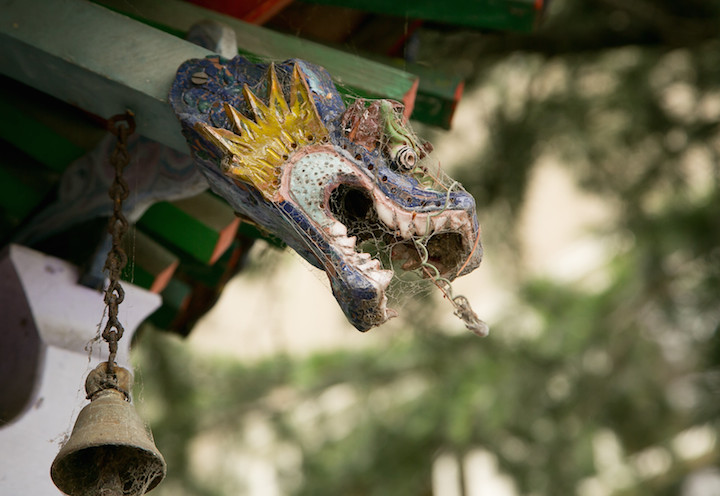 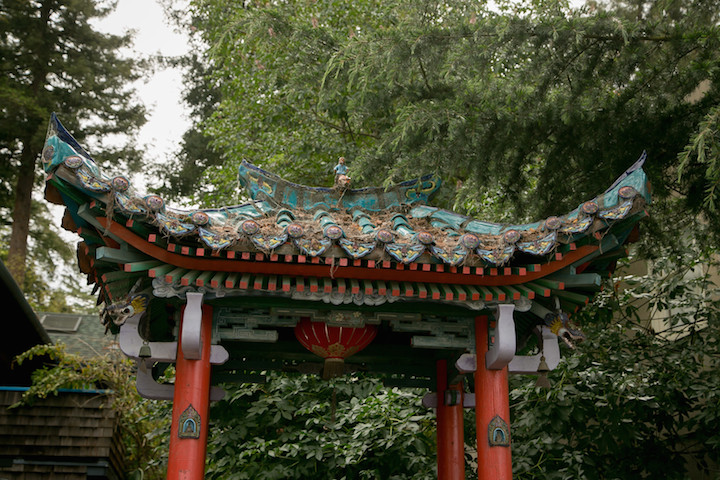 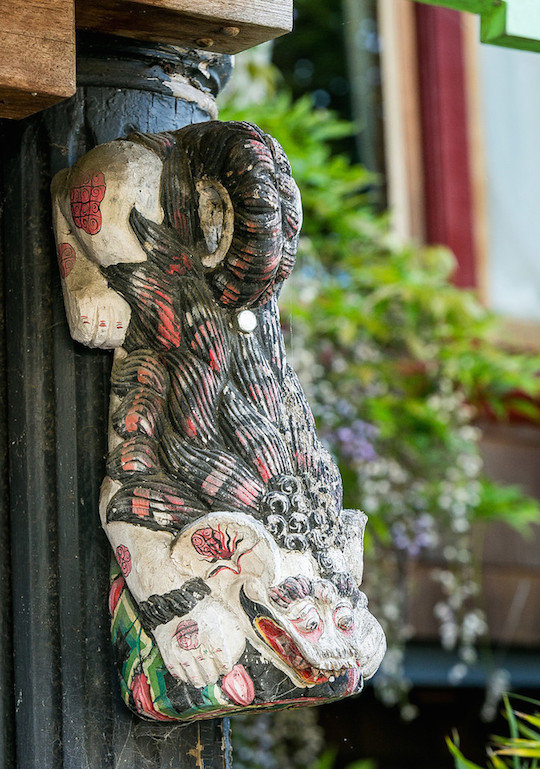 It is pretty magical.  Especially in misty crepuscular light.  Enchanting.

Fierstein’s artism can be seen in his Guardian sculpture at the Berkeley marina. 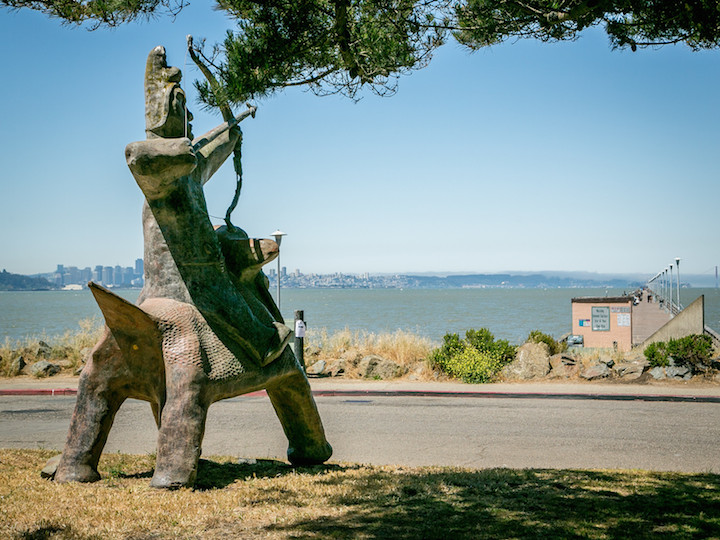 It was fashioned after a 6″ clay sculpture that Fierstein saw at a temple in Penang. 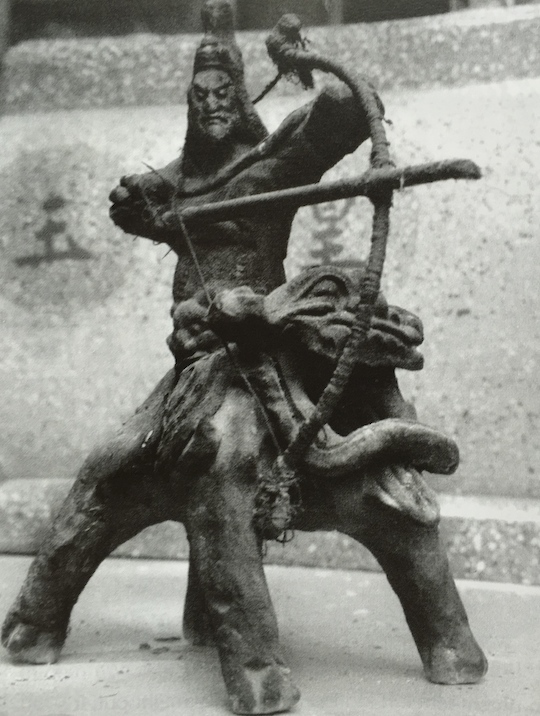 It is a staggering example of uncommissioned public art, is the subject of lingering Berkeley myths and legends, and it is often cited in discussions of the the term “plop art.”  Read more about Fierstein and his sculpture. 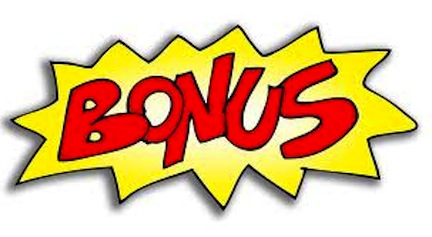 P.S.  Bonus prize inside the box!  Walk south a few houses to 1187 Arch.  Check out the shell of the garage. 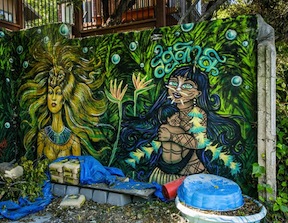 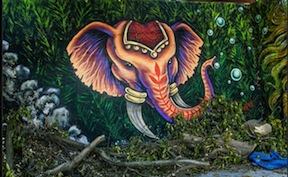 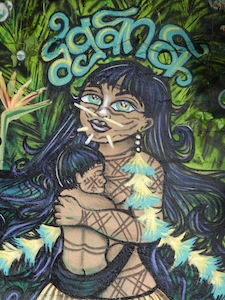 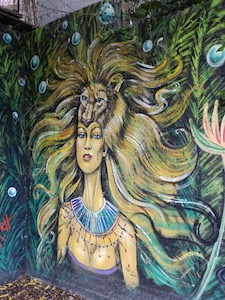 The garage-wall mural is to die for.  Big Ganesha – yes, a.k.a. गणेश – on a quirky concrete canvas with ivy tumbling down from above, becoming part of the art.  Hossein Altar owns the garage – and house – and commissioned the mural. 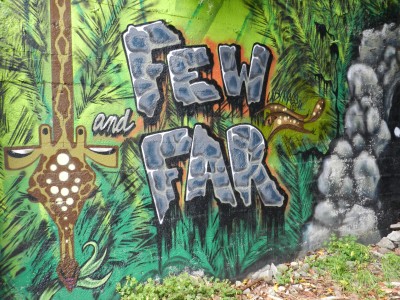 Artist and tattooist Beth Emmerich took up spray paint for this project, which also celebrates Few and Far, a tattoo and graffiti  “movement that brings together dedicated, talented women all around the world.” 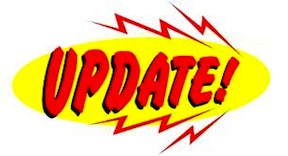 In late 2013 it looks like construction that has started may turn this outdoor art into indoor art. 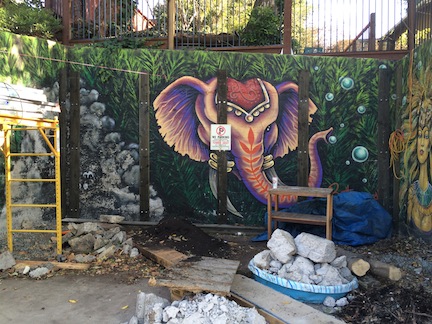 Further update: It is really gone.   Garaged in!

But Far and Few – not gone.  I passed their truck on the way to work in early December 2014: 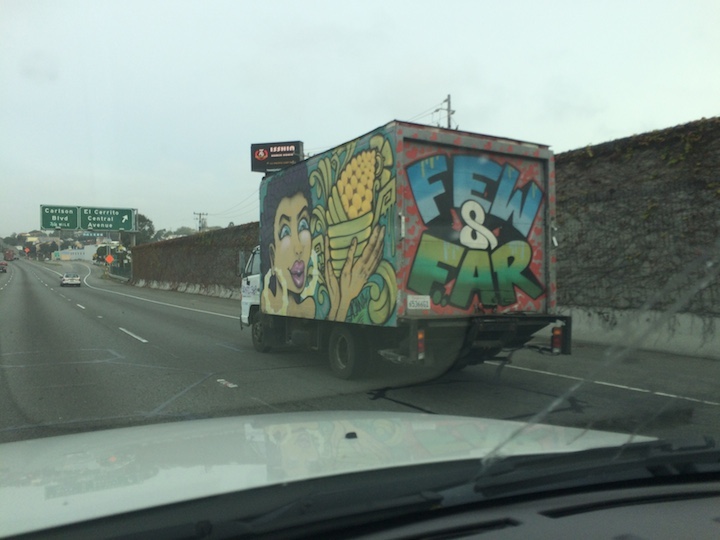 My friend “digs” Buddha and “digs” that it “isn’t the faith of the book.”  He likes going by and lighting a stick of incense on misty evenings.  We walk up there together.  He mumbles prayers for fallen brothers in arms.  What do you think of the shrine?  He answers quicky. He says: