Early in this project, in 2013, I wrote a posting about the then-gone quirkiness of Michael Parayno’s bird houses / Birdland on Sacramento.  It was gone.  He was gone.  In Manila.

In August, 2013, Parayno sent me an e-mail, saying that he would be back in November.  “Come by on a Friday night to party with us and the volunteers.”

And lo and behold – he was back in the winter.  There is some new quirk on front: 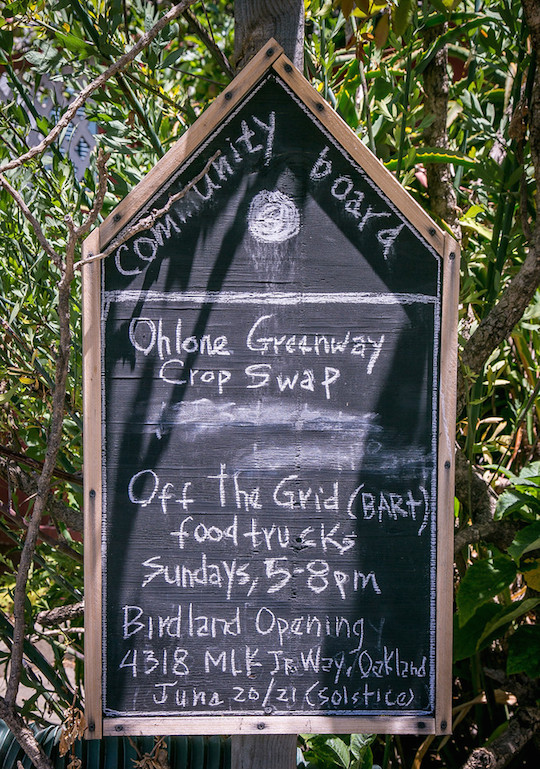 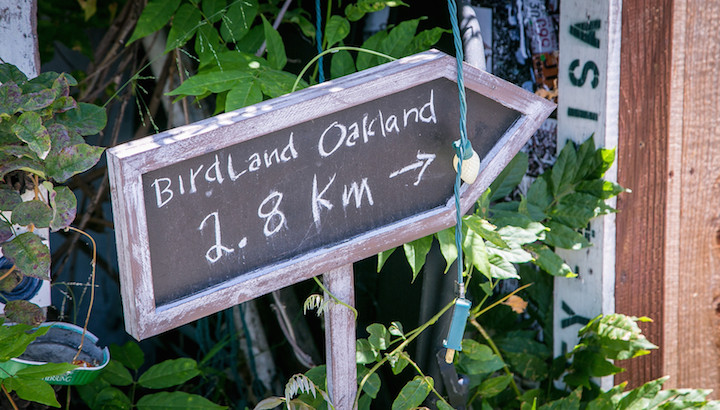 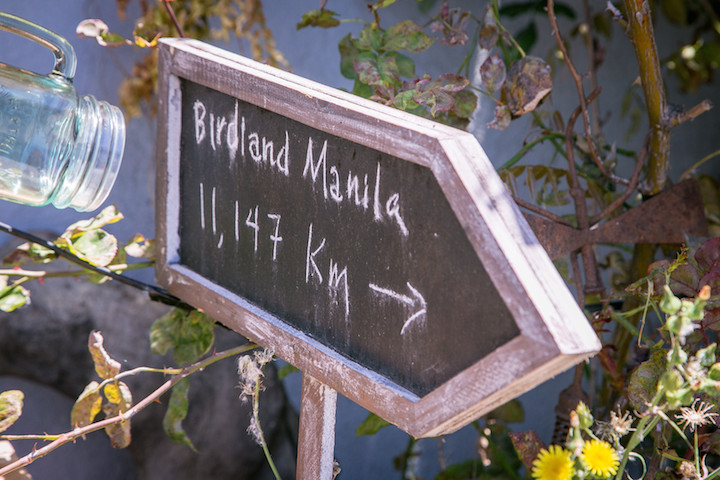 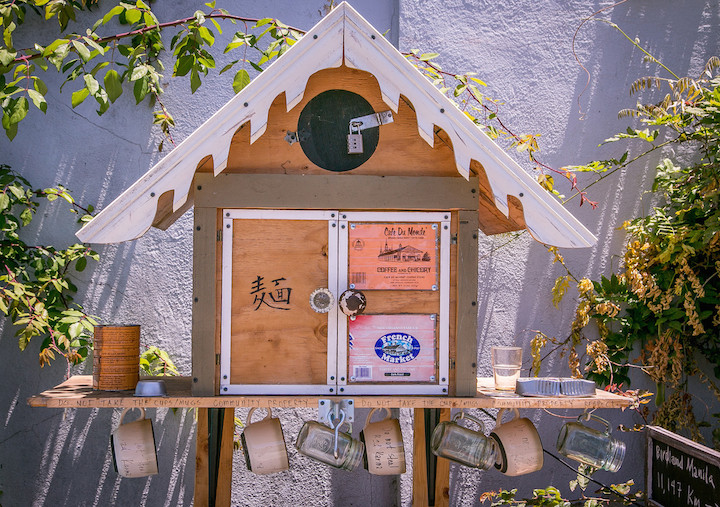 In late June, 2014, Parayno switched his center of entertainment operations to Oakland.  His Berkeley presence remains strong, as do his ties to Manila.

Like Lazarus, back from the gone.  What would the Contours say?

And now I’m back
To let you know
I can really shake ’em down. 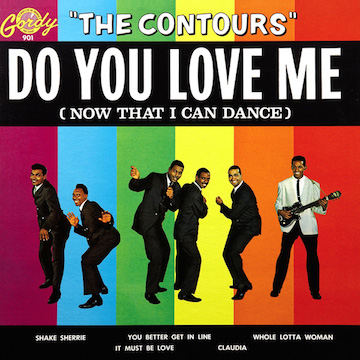 I will soon post photos of the New and Improved Parayno glory, but at least here I move his birds from Gone to Major.

The half-life of quirky is longer than you might imagine.  Quirk that was here but is gone still informs who we are and how we see ourselves.   So it is with 1733 Sacramento, Michael Parayno’s temple of quirk.  Every time I drive by North Berkeley BART I feel the ghosts of quirk gone, and only recently gone.  When I started walking the streets of Berkeley in the fall of 2012, Parayno was still here, although his fleet of vintage London cabs was gone, allegedly sold to pay off a City of Berkeley fine.

What was his quirk?  It was many splendored. 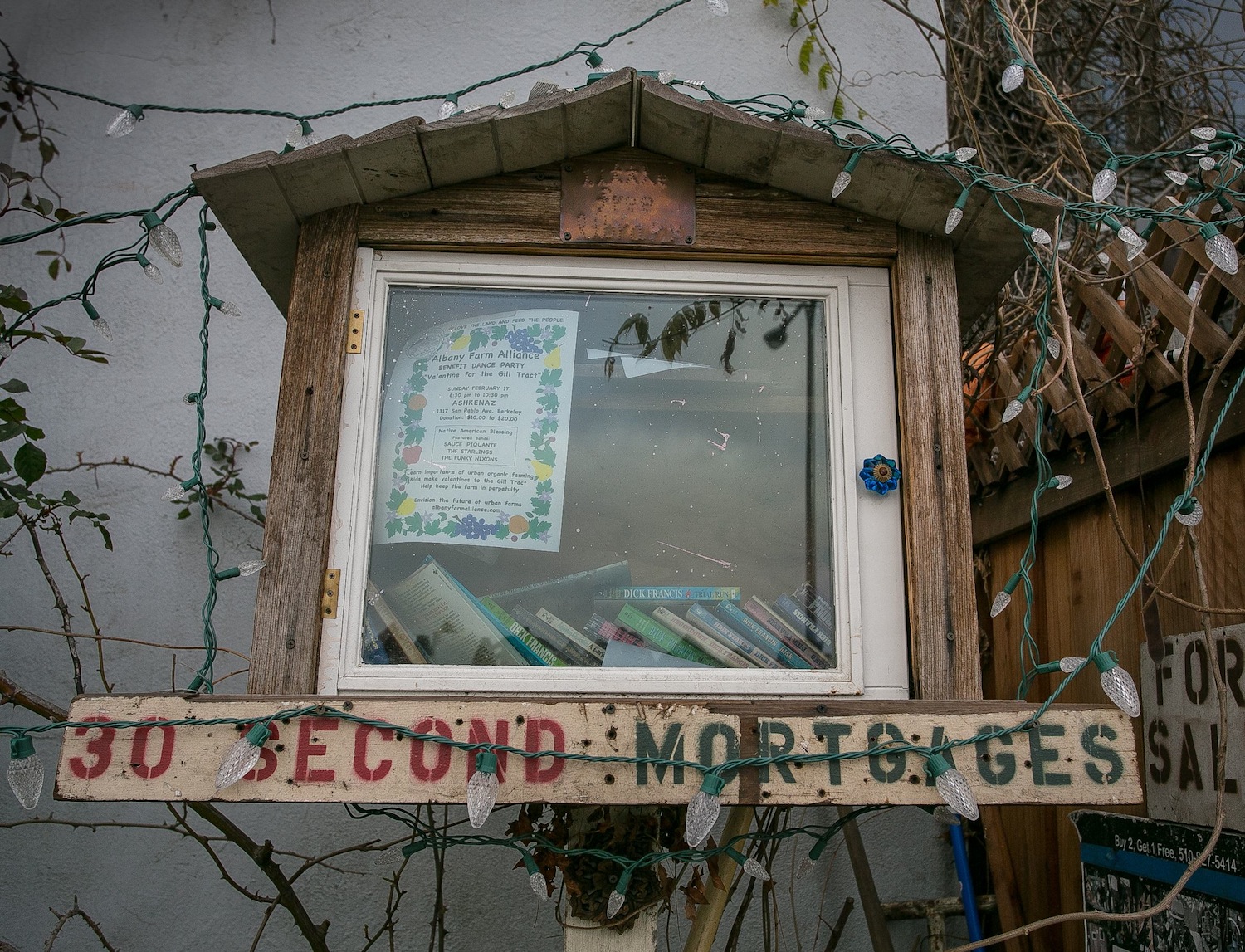 It was a little free library and a promise of 30-second mortgages. 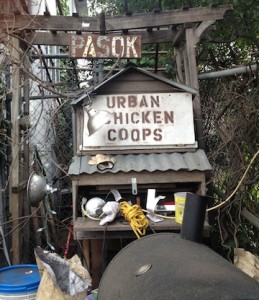 It was a shout-out for urban chickens. 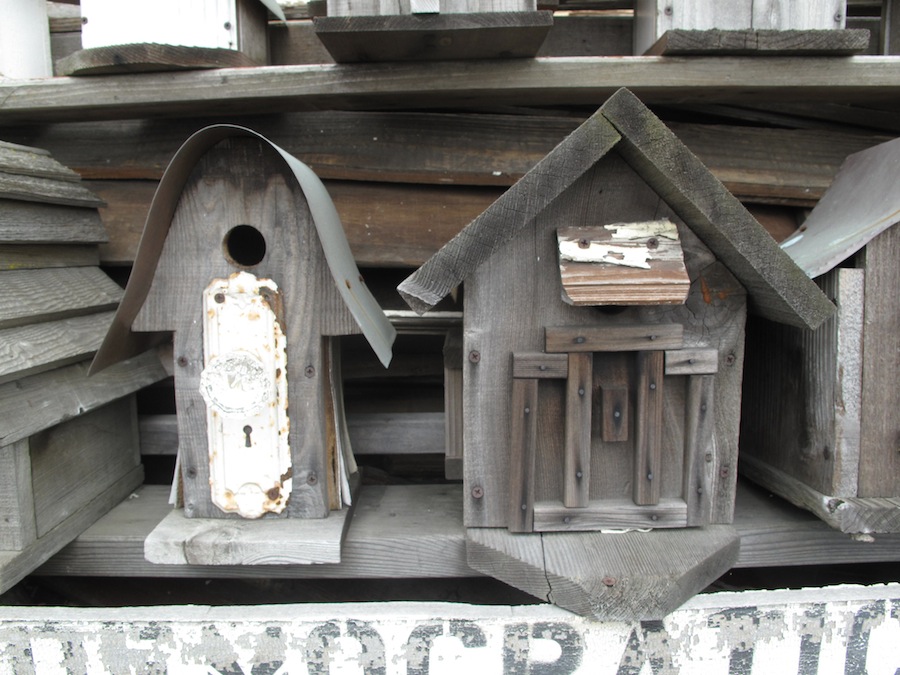 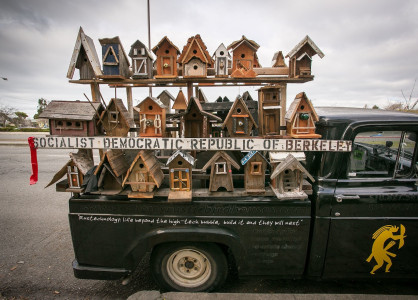 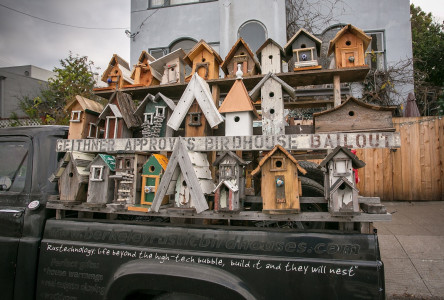 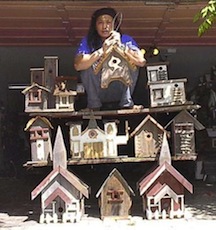 Mostly he was about what he called rustic bird houses.  They were whimsical to be sure, and pricey.  But that wasn’t all.  What more, you ask? 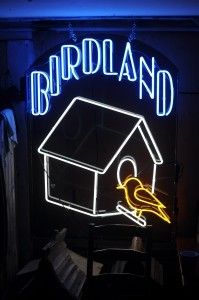 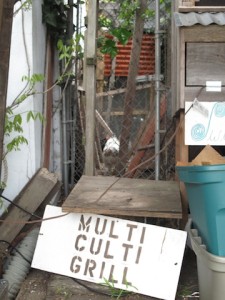 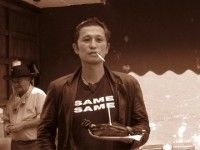 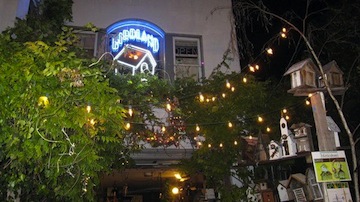 Parayno ran a jazz club from his rustic birdhouse emporium, called, of course, Birdland.  He offered “multi culti” food, served alcohol, and featured local jazz musicians.  It was a hip and fun scene – I am told.  I believe it.  There are any number of videos on UTube of performances there, like this one.  Many.

So what happened?  Parayno was, if you can believe it, too free for Berkeley.  Even our loosey-goosey city could not tolerate his fast-and-free ways with alcohol and food.  Too bad.  He threatened to leave over and over, leading my friend Cliff to liken his exit to a James Brown exit from the stage – long and extended and dramatic.  But, finally, in early 2013 he left, reportedly for Manila.  More freedom there I guess.  At this point, like the Grateful Dead sang about Mickey Hart’s father Lenny Hart who de facto resigned as the band’s financial manager when he disappeared with a big chunk of Dead cash – he’s gone.

While he was among us, Parayno’s passion for bird houses and his obsession with building them still spills out quirkily onto the sidewalk.  Background reading on Parayno’ work can be found in this article and this website 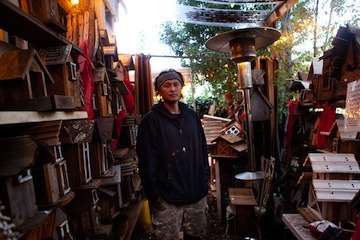 It is hard to believe that Parayno won’t be back.  Let’s hope.  We miss his quirk.

My friend has a hard time with jazz.  “Can’t hear the progressions.  Can’t even hear the chord changes” is what he says.  But he loved the concerts at Birdland, and the houses.  His comment?