Art cars are not a Berkeley-only art form, but as acts of personal artistic expression, they fit.  There are many images of art cars in Berkeley to be found on the web, especially among photos taken during the “How Berkeley Can You Be?” parades.  I don’t mind using photos from the web to augment what I find to fill out an album such as Stencil Graf, but with the parade you just don’t know if the car was from Berkeley or just there for the parade.  If only for this reason, I am sticking to photos I took of cars I saw.  In Berkeley.  My favorite car song?  Either Ry Cooder or Tom Waites or Long May You Run.

Our first contestant has a decidedly political bent, which in my opinion does not diminish from its quirkiness.  Bread and roses.  Politics and quirk. 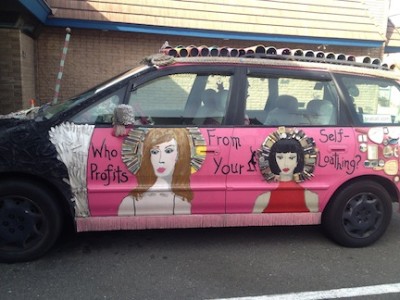 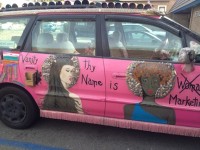 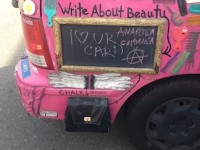 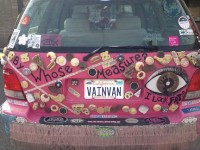 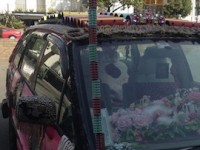 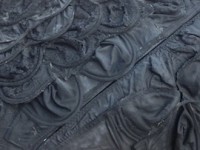 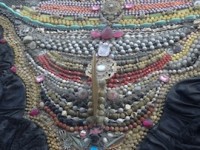 Next up – the zebra car.  There are at least two two.  One of the is a truck and it is painted: 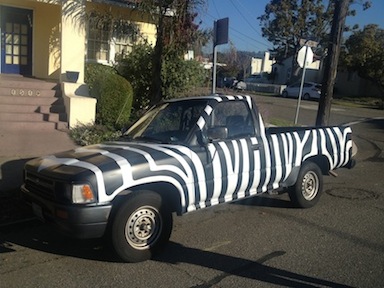 The other is full-blown art car. I see it fairly often.  And unlike the others, I think I know where it lives.  In the house with zebra garage doors.  I thought I knew where others lived, but I don’t find them there anymore. They moved. 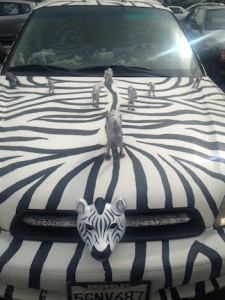 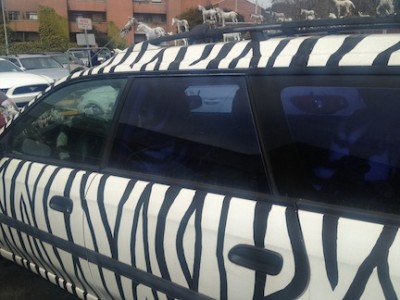 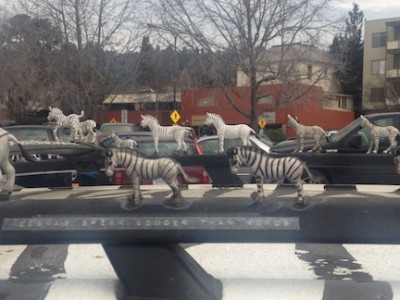 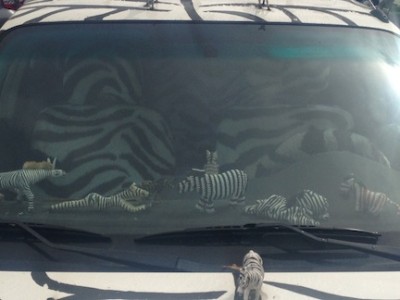 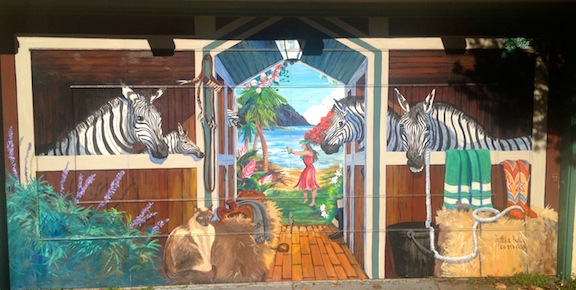 I only saw the Groove Mobile once.   Groove is in the heart!  Deelightful!  Incredible detail: 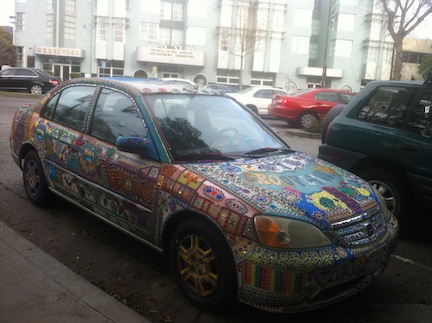 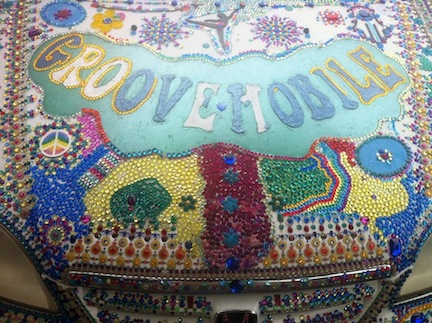 I have also only seen this beauty once: 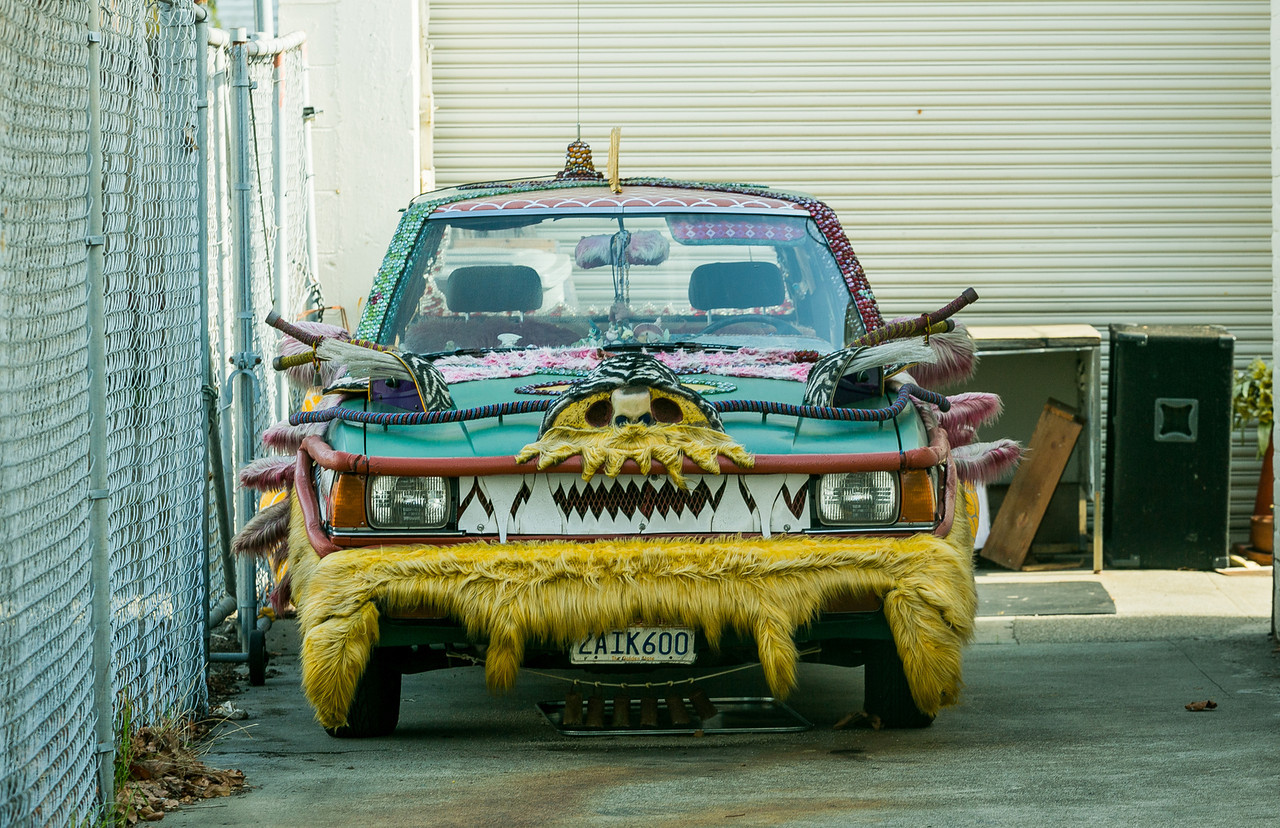 She was parked on San Pablo.

Mog is a paid subscription online music service and blog network.  And there is a Mog art van in the middle of an abandoned industrial space that is full of Burning Man projects, industrial arts, who knows what else.  These are about the sketchiest photos I have.  Sorry: 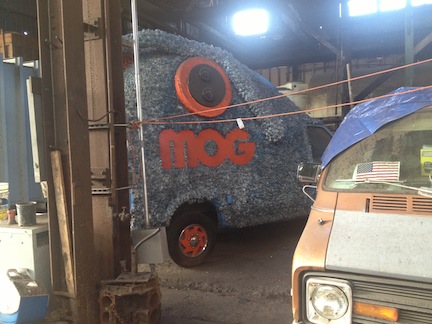 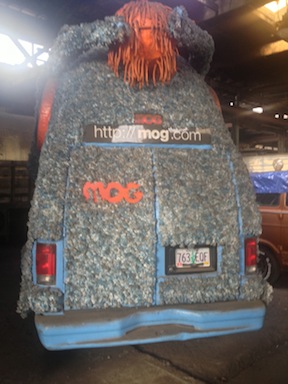 Let’s finish with a bang, with a real crowd-pleaser, a favorite of kids especially.  Noah’s Ark plus a dash of religious iconography: 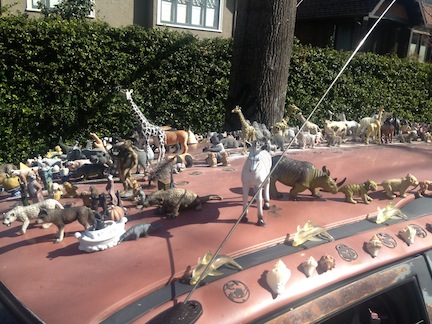 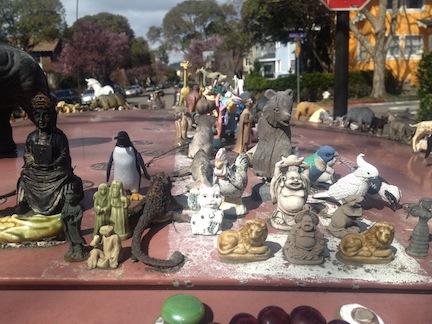 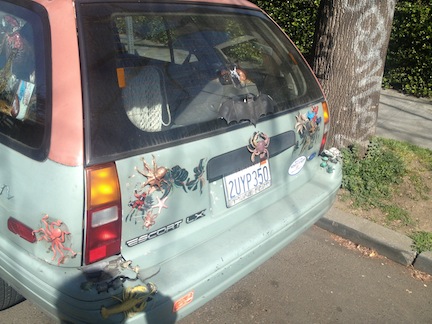 I know that there are more art cars out there.  There is a CD car, a camera car.  Others.  When I see them I will post again.

I asked, “What do you think my friend?”  He got quiet and started rooting through a shoebox of photos.  He pulled out this photo: 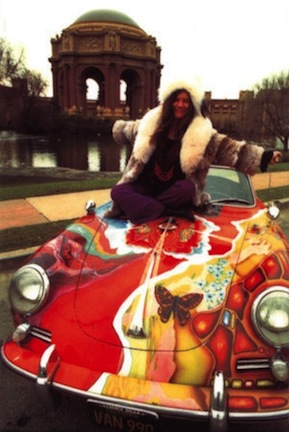 “She was so young, so full of life. I sure miss her.”  I usually push back on his claims of having known famous people.  But here there was a wistfulness that made me think that maybe, just maybe, he knew her.  I let it go.  “What about the photos?”  He answered: